Gerald Herbert/AP PhotoChris Johnson views destruction at his home on Thursday, Aug. 27, 2020, in Lake Charles, Louisiana, after Hurricane Laura moved through the state.

The governor of Louisiana warned that the state’s death toll from Hurricane Laura is likely to rise as rescuers to wade through the aftermath.

Louisiana Gov. John Bel Edwards said in a Thursday press conference: “Certainly I’m concerned that as we continue to go out and do primary and secondary search and rescue, we’re gonna find more fatalities. I hope not.”

“But that is why we go out and do those search and rescues.” Four people were known to have died at the time.

The storm had already killed 23 people in Haiti and the Dominican Republic by the time it slammed into the US.

The hurricane made landfall near the small town of Cameron, Louisiana at 1 a.m. local time on Thursday, at which point it was a Category 4 storm.

The National Hurricane Centre warned of “unsurvivable” storm surge and “extreme” winds, as well as heavy rain and flash flooding when the storm hit.

Laura quickly weakened, becoming a Category 1 storm by the afternoon. But it was still one of the strongest-ever storms to hit the US, and managed to cause widespread damage.

Photos and video footage show the aftermath of the storm, including destroyed homes, flipped and floating vehicles, toppled trees, and widespread flooding.

Edwards said at his press conference that “It is clear we did not see the absolutely catastrophic damage that we thought we would see last night.”

But he said there had still been a “tremendous amount of damage” and said that thousands of lives are now “upside down.”

Rescue efforts have started. Video shared by ABC News showed dozens of first responders heading to the state from Texas.

Dozens of first responders travel on highways in Texas to help those impacted by #HurricaneLaura.

Power outages across Louisiana and Texas climbed to more than half a million customers this morning, as Hurricane Laura battered the coastline. https://t.co/mxUFZQOFoG pic.twitter.com/RroHkyzvVI

Edwards said on Thursday that the state’s priority was saving lives, and that damage assessment could come later.

He said there were “1,500 individuals in the state standing by to do search and rescue,” with rescue equipment, boats, and planes.

Rescue efforts could not properly begin until the storm has passed. 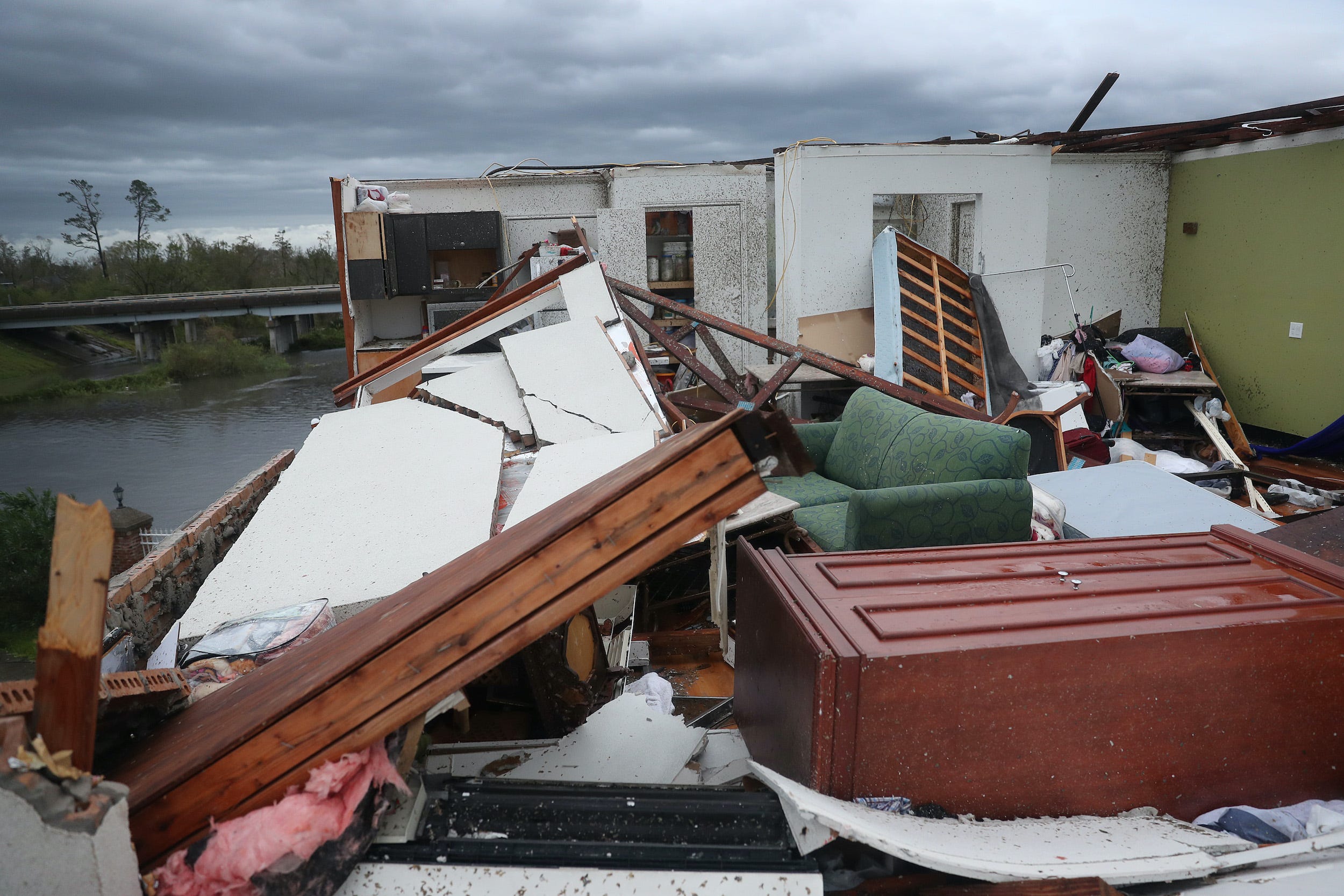 Joe Raedle/Getty ImagesA room had its roof blown off as Hurricane Laura raced through Lake Charles, Louisiana, on August 27, 2020.

One county sheriff’s department warned on Wednesday, before Laura hit, that rescues “cannot and will not begin until after storm and surge has passed and it is safe to do so.”

It told people who did not evacuate to put identifying details in their pocket so their bodies could be identified if they died.

Some people who stayed behind were calling for rescue on Thursday, but could not be immediately reached due to heavy flooding and downed power lines. 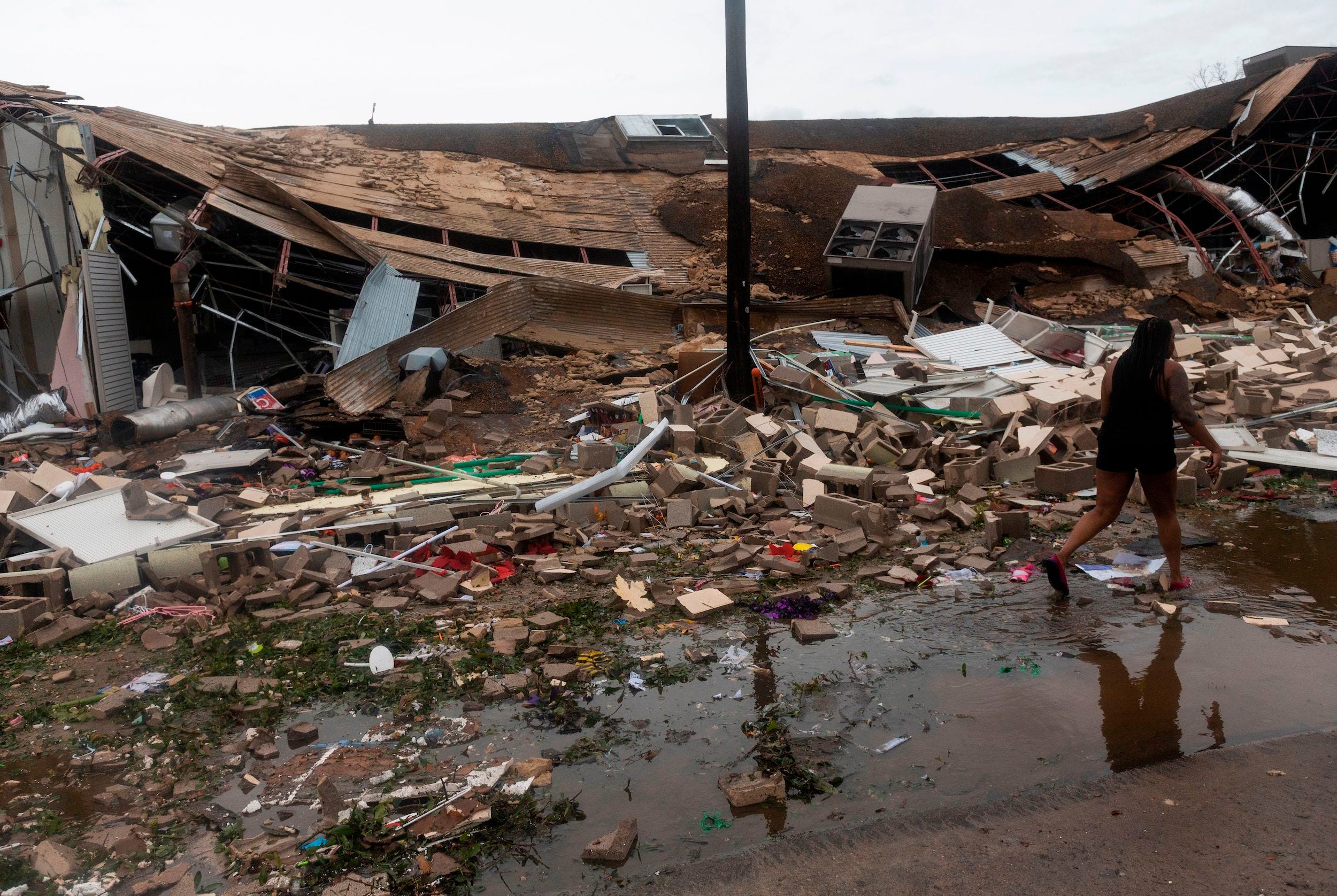 ANDREW CABALLERO-REYNOLDS/AFP via Getty ImagesHurricane Laura, which touched down as a Category 4 storm, destroyed buildings in Louisiana.

Texas Governor Greg Abbott called it a “miracle” that there appears to have been no deaths from the storm in his state.

He credited the effectiveness of evacuation orders in areas of the state, NPR reported.

He said on Thursday that the state had sustained less damage from the storm than expected: “When you consider the magnitude of the damage that did occur here, we did dodge a bullet.”

As of early Friday, Laura is was a tropical depression located around 95 miles of northwest of Memphis, Tennessee.

The National Hurricane Centre forecasted rain in parts of Arkansas, Mississippi, Alabama, Tennessee, Missouri, Kentucky, and Louisiana, that could result in flash flooding.

It also warned in its 4 a.m. Friday advisory that “The threat for a few tornadoes is expected to redevelop this afternoon into the evening across parts of the Mid-South and Tennessee Valley regions.”