Armenia and Azerbaijan agree to a Russia-negotiated cease-fire, marking a formal end to Nagorno-Karabakh conflict 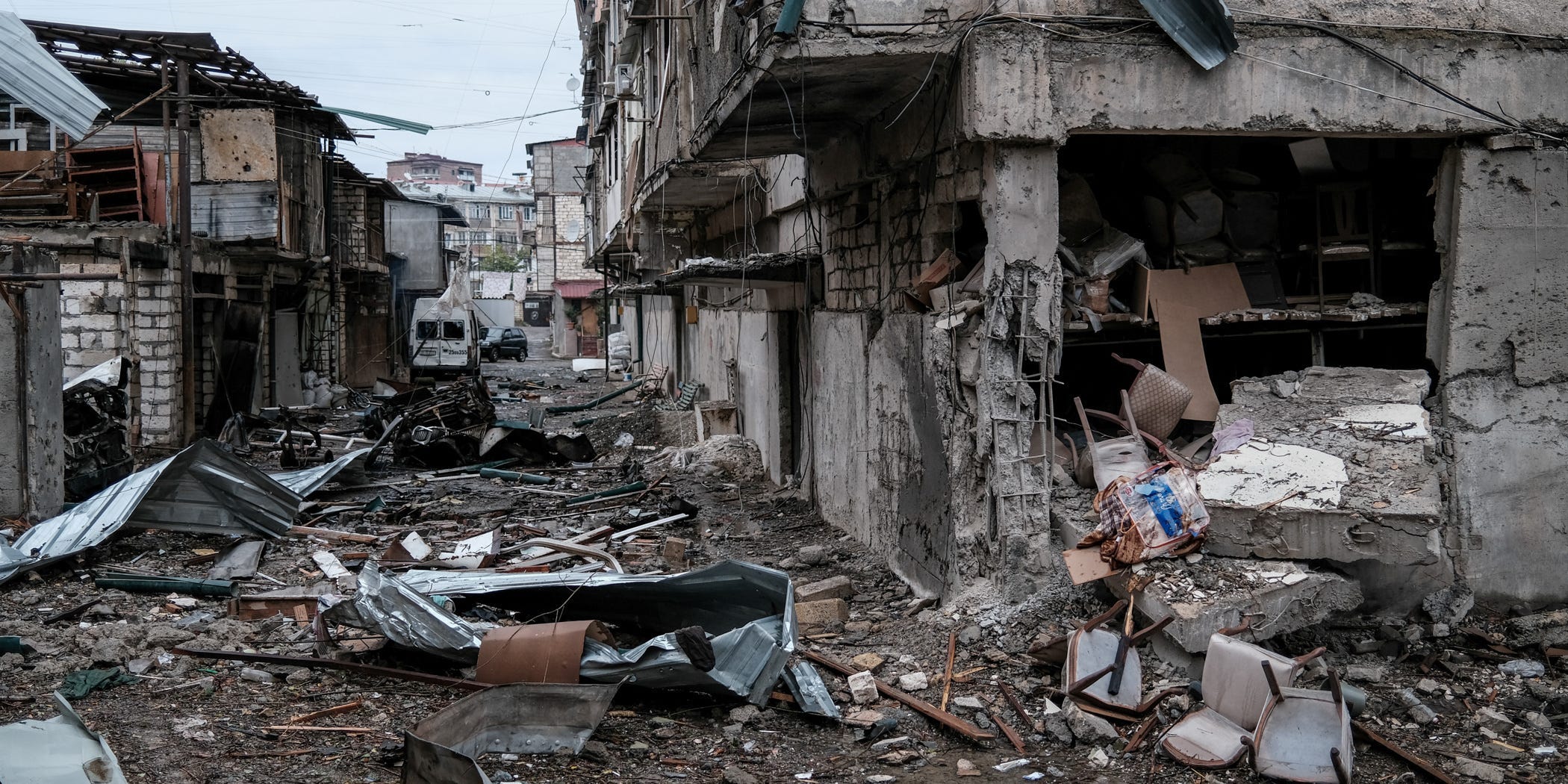 ReutersDevastation caused by the Nagorno-Karabakh conflict.

Clashes between Armenia and Azerbaijan over the Nagorno-Karabakh region began more than a month ago, and despite numerous efforts to put an end to the attacks many have died and many more have been injured. On Tuesday, however, a trilateral deal was reached by Armenia, Azerbaijan, and Russia that lays out territorial changes as well as conditions of a cease-fire.

The deal was first announced by Armenian Prime Minister Nikol Pashinyan on his social-media channels, calling the deal “incredibly painful” but necessary after Azerbaijan announced Monday that it had recaptured Shusha (Shushi in Armenian), the second-largest town in Nagorno-Karabakh.

Nagorno-Karabakh is part of Azerbaijan but is mainly populated and run by ethnic Armenians.

“This is not a victory but there is not defeat until you consider yourself defeated,” Pashinyan said. “We will never consider ourselves defeated and this shall become a new start of an era of our national unity and rebirth.” Protesters in the Armenian capital, Yerevan, reacted strongly to the deal, storming and occupying the parliament and chanting “Nikol betrayed us!”

Azerbaijani President Ilham Aliyev and Russian President Vladimir Putin held a joint online conference announcing the deal, adding that Russia would send close to 2,000 peacekeeping forces along multiple corridors along Nagorno-Karabakh’s front lines. The deal would force Armenia to concede the territories lost to Azerbaijan in the recent flare-up, while Azerbaijan will not be required to retreat and can establish new routes from its capital, Baku, to the Nagorno-Karabakh region.

The leaders confirmed that Turkish troops would also maintain a presence along the front lines.

A US-brokered truce was agreed to on October 26, but it did not appear to hold

Azerbaijan has accused Armenia of sending missiles that hit civilians, killing 21 of them in the Barda district, Al Jazeera reported. Hikmet Hajiyev, the Azerbaijani presidential spokesman, told the BBC that Armenian forces had “used cluster munitions to inflict excessive casualties among civilians.”

Ulviyya Babayeva, a local from Barda, described scenes of bomb fragments and broken glass to the BBC. “One of the bombs fell outside fire rescue station,” Babayeva said. “There are dead and injured people.”

Armenia has denied the attacks and also accused Azerbaijan of attacks on civilian areas in the region after an earlier US-brokered cease-fire was established on October 26.

The New York Times cited the local Emergency and Rescue Service as saying that in the Armenian-controlled territory a city hospital was destroyed, one civilian was killed, and another was wounded.

The total number of people killed since the war began is still not clear, and Azerbaijan has declined to release the number of troops who died. The Associated Press reported that as of Friday at least 1,177 Nagorno-Karabakh troops had died as well as 50 civilians. Azerbaijan has reported 92 civilians have been killed and more than 400 wounded. At the UN in October, Putin said the death toll across both sides was nearing 5,000. The number of people injured across both sides is thought to be in the hundreds.

Tatevik Hayrapetyan, a member of the National Assembly in Armenia, previously told Business Insider that Azerbaijan had been uncooperative in upholding cease-fires. She accused it of bombing the region even while agreeing to resolutions.

“So, and those are Azerbaijani president obviously claims that no one can push him to stop because he sees the military solution to the conflict,” Hayrapetyan said. “And in this sense, I can say that Armenia from our side we also think that there shouldn’t be any kind of military solution. We have always said that we are ready for a mutual compromise we are already for a conversation.”

Officials from Azerbaijan previously told Business Insider that they weren’t the aggressors and that the fighting was happening within their territory, not Armenia’s. They asserted that they simply wanted the 1993 UN Security Council resolutions, which called on Armenian forces to leave Azerbaijan’s territory and urged both parties to resume negotiations, to be adhered to.