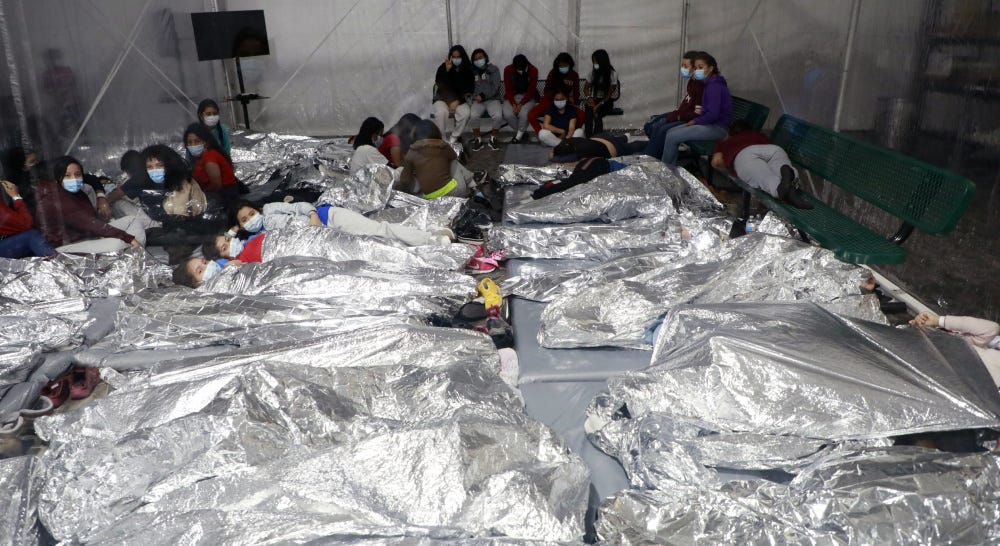 As shocking videos and images began to emerge showing the inside of various Border Patrol facilities where migrant children are being held in Texas, human-rights groups are calling out the crowded conditions.

These organizations say the holding facilities are inappropriate for children, and they’re urging the Biden administration to find different solutions to temporary migrant housing.

On Monday, Rep. Henry Cuellar shared with Insider photos that gave the public a first look into migrant facilities under the Biden administration.

In these photos, dozens of masked children can be seen lying down on gray mats. Some are crowded into corners, despite the threat of the coronavirus spreading. Others are simply sitting on the floor. 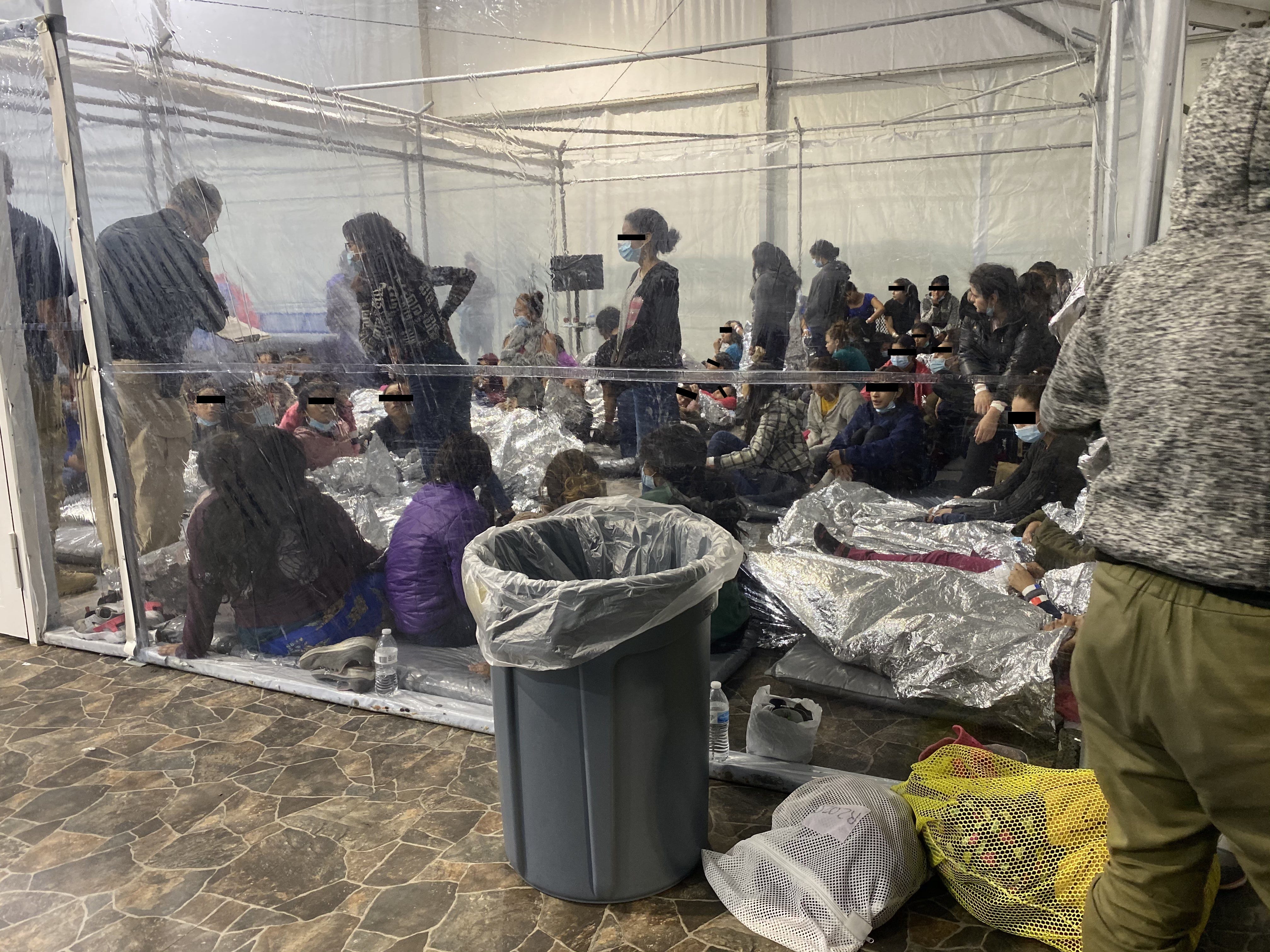 Courtesy of the Office of Congressman Henry Cuellar (TX-28)A Border Patrol facility in Donna, Texas, housing migrant children on the weekend of March 20, 2021.

On Tuesday, US Customs and Border Protection, under pressure from journalists who have repeatedly requested access into the facilities, posted two videos of the inside of various holding centers that were taken last week. The Biden administration has so far barred journalists from viewing and entering the facilities, citing privacy and coronavirus concerns.

These government-produced and -released videos showed that dozens of children are being held in crowded conditions that lawmakers believe will evolve into a humanitarian crisis. Many children are seen sleeping on mats just inches off the floor. Groups of them sit in plastic-enclosed spaces, clutching foil blankets as they sleep. There are few adults in each space.

It’s these conditions that human-rights organizations are calling inappropriate.

Former President Donald Trump has been out of office for two months now. But experts say his administration has had a lasting impact on how the Biden administration is navigating immigration policy.

“What we’re seeing is the consequence of dedicated negligence from the previous administration – a lack of planning and resources invested in facilities to welcome children seeking safety, who were already arriving,” said Denise Bell, Amnesty International’s researcher for refugee and migrant rights.

“And that is where we must focus: the children who are seeking safety,” Bell added. “The conditions need to be much better and much faster.” 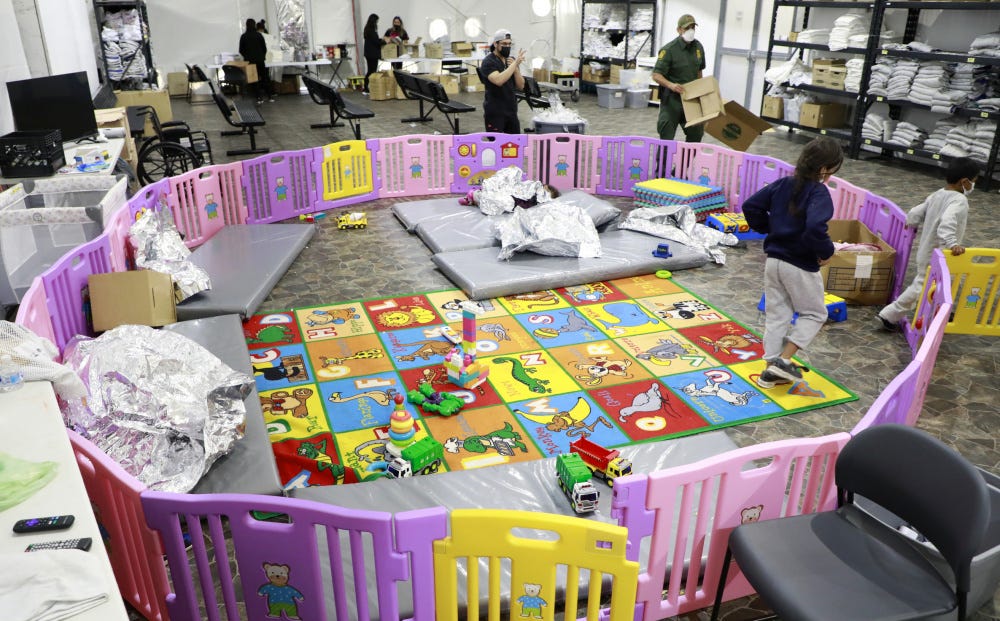 During the 2020 presidential election, Biden positioned himself as a pro-immigration candidate focused on bettering the system for incoming migrants.

In January 2019, for example, Biden slammed Trump’s idea to build a wall along the southern border. “We need border security but that’s not the border security we need,” he said.

Now that he’s in office, Biden is working to deliver on promises he made on the campaign trail, enacting measures to reverse controversial Trump-era policies.

These key changes put forth by the Biden administration, however, have led to thousands of migrants – and many unaccompanied children – traveling to the US-Mexico border from Central America as they flee persecution, violence, and poverty in their home countries.

According to senior administration officials, CBP had approximately 4,500 unaccompanied minors in holding as of Thursday, while the Department of Health and Human Services has more than 9,000 children in its care.

In an attempt to mitigate the surge of migrants, the Biden administration has opened up various Border Patrol facilities for temporary housing.

“The Biden administration inherited a broken, diminished system,” Long said. “It’s not surprising that things are taking a while to get in to hand. What we need to see from the Biden administration is consistent progress toward the goals it has articulated: humane and dignified border reception, holistic policy responses to migration and access to protection for those who need it.”

For its part, the Biden administration is taking steps to limit immigration to the border.

The State Department has created more than 17,100 ads since January 21 to discourage people from migrating. These ads have reached about 15 million people, White House Press Secretary Jen Psaki said during a Monday briefing.

It’s not clear whether this approach to limit immigration to the United States is working.

“This is just part of our effort to send a clear message,” Psaki said. “But there is no question that funding is needed to address the root causes in these countries.”

White House officials and immigration experts have so far refrained from calling the surge a crisis. But the Biden administration recognizes that the facilities are not meant for long-term accommodations.

“These Border Patrol facilities are not places made for children,” Psaki said. “They are not places that we want children to be staying for an extended period of time. Our alternative is to send children back on this treacherous journey – that is not, in our view, the right choice to make.”

Detention is psychologically damaging to children

The children are held in border facilities as they await transfer to other federal agencies. The government is required to transfer migrant children to Health and Human Services custody within 72 hours. But with the influx of unaccompanied minors coming to the US-Mexico border, nearly 3,000 children have been held beyond that limit, CBS News reported. 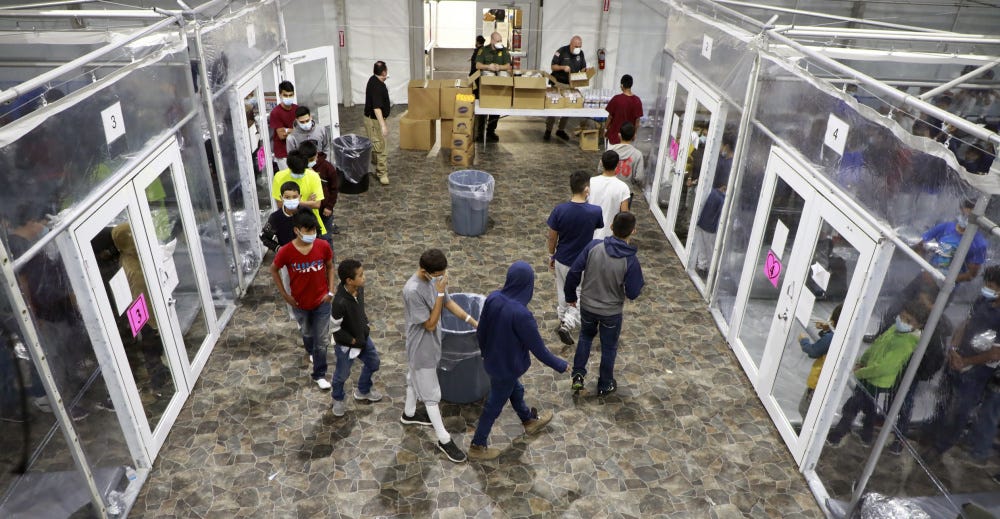 “Even short stays in detention centers have the potential to be traumatic experiences,” said Kathryn Humphreys, assistant professor of psychology and human development at Vanderbilt University.

“We know from our research on orphanage care that children fare best when they have reduced exposure to group-based care and long-term family-based placements when they form relationships with those that are their parents or parent-figures,” she added.

CPB and HHS custody and detention centers qualify as group-based care. Such environments normally do not allow children to form the type of relationships with adults that help them grow and develop, Humphreys told Insider.

Adults help “co-regulate children, both emotionally and physiologically,” she said. Going without these trusted adults, even for short periods of time, can lead to stress in children and them falling behind developmentally, socially, and academically.

The Biden administration is “obligated to hold children in conditions that meet United States and international standards that support their best interests,” Bell of Amnesty International said. “Children must be held in conditions that meet their best interests and safely reunified with families and sponsors much more quickly.”

“This is a time for transformation – as the administration adapts right now, it must also set in motion the changes needed for a new system where detention is not assumed and children are with their parents and sponsors,” Bell added.