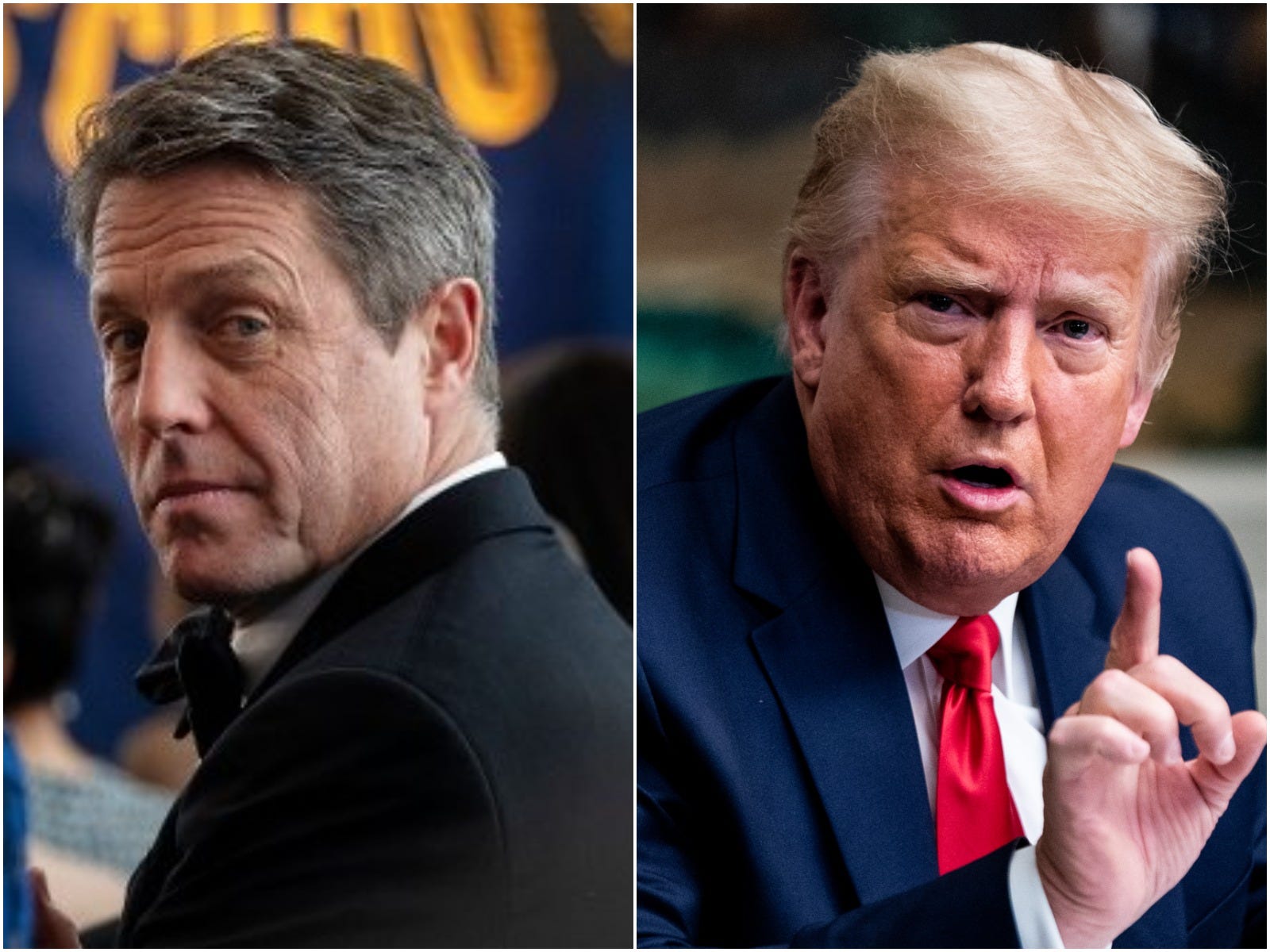 Grant was speaking to IndieWire in a spoiler-filled interview (don’t read on if you aren’t caught up) about the show’s finale, which revealed Grant’s character Jonathan Fraser to be the murderer of Elena Alvez after all.

Jonathan was accused of murdering his secret mistress throughout the show, but he spent the entire time arguing his innocence. It turns out, he was actually guilty all along. Grant told Indie Wire that he had to incorporate this guilt in every scene he was in, including the series’ first episodes.

“For instance, I go to the fundraiser, and the woman who’s stalking my wife and ruining my life is there. Clearly, my duty as an actor would be for a little misgiving or anxiety to pass over my face, but you can’t do it because you’d give the game away. People would smell a rat,” Grant said.

Grant said that the solution to this acting conundrum was to ensure that Jonathan was “such an accomplished and profound narcissist and sociopath.” Grant said that Jonathan could be viewed both ways â€” as someone who truly is innocent, and as a “brilliant performer” who just pretends to be.

“He’s just one of those guys that believes entirely in his own lies â€” in the same way that I think Trump really believes there was cheating in your election, although he probably knows intellectually there wasn’t.”

Trump still maintains that the result of the 2020 US election in which Joe Biden won is fradulent, although that narrative is getting harder for him to push.

Grant said that “Jonathan knows intellectually that he killed this woman, but he passionately believes that he didn’t,” promoting a warped sense of reality wrapped up by a self-inflated idea of who he really thinks he is, which seems to be a hero.

The ending of “The Undoing” has proved to be controversial, with some plauding the red herring nature of the reveal, while others have called it “disappointing.”

Hugh Grant explained the controversial ending of ‘The Undoing,’ which Piers Morgan called ‘a bit lame’