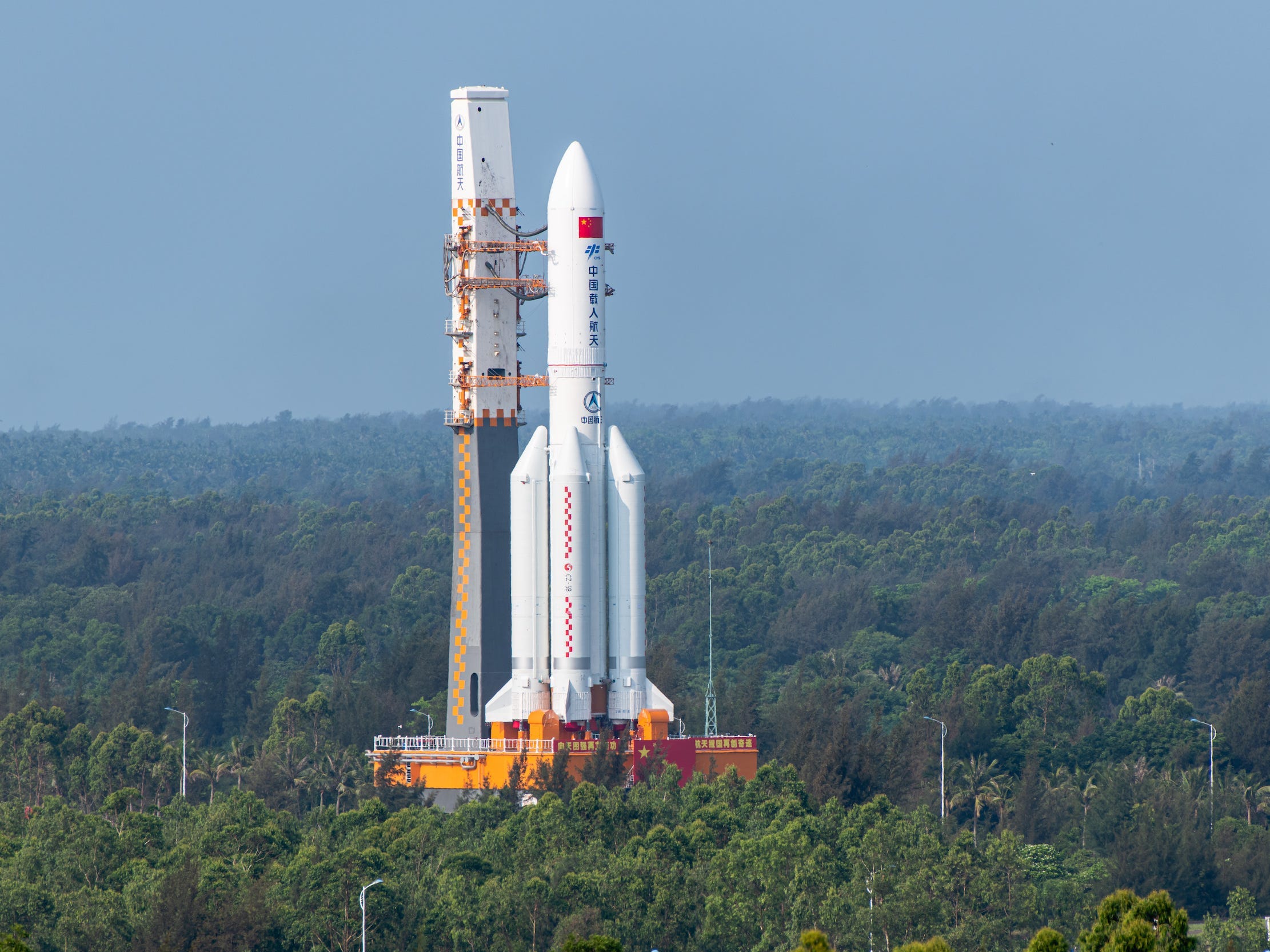 An enormous rocket body is shooting around the planet out of control, and it could fall back to Earth within the next few days.

The roughly 21-ton object is the core stage of China’s Long March 5b rocket. On Wednesday, China launched the first module of a new space station the country is building. Instead of falling into a pre-designated spot in the ocean, as is common for discarded rockets, the Long March 5b’s core stage started circling the planet, uncontrolled.

The rocket body is likely to fall back to Earth sometime in the next few days, journalist Andrew Jones, who covers China’s space program, reported for SpaceNews.

“I think by current standards it’s unacceptable to let it reenter uncontrolled,” Jonathan McDowell, an astronomer who tracks objects orbiting Earth, told Jones. “Since 1990 nothing over 10 tons has been deliberately left in orbit to reenter uncontrolled.”

The rocket stage measures about 30.48m long and 4.88m wide, according to Jones. When it falls out of orbit, it may burn up in Earth’s atmosphere, but large chunks of debris could survive the fall. Most of the planet is ocean, so that’s where falling rocket bits are most likely to land. But they could still threaten inhabited areas.

“It is always difficult to assess the amount of surviving mass and number of fragments without knowing the design of the object, but a reasonable ‘rule-of-thumb’ is about 20-40% of the original dry mass,” Holger Krag, head of the Space Safety Programme Office for the European Space Agency, told Jones.

The rocket body’s path around Earth takes it “a little farther north than New York, Madrid and Beijing and as far south as southern Chile and Wellington, New Zealand,” according to Jones. It could fall back to Earth anywhere within this range. 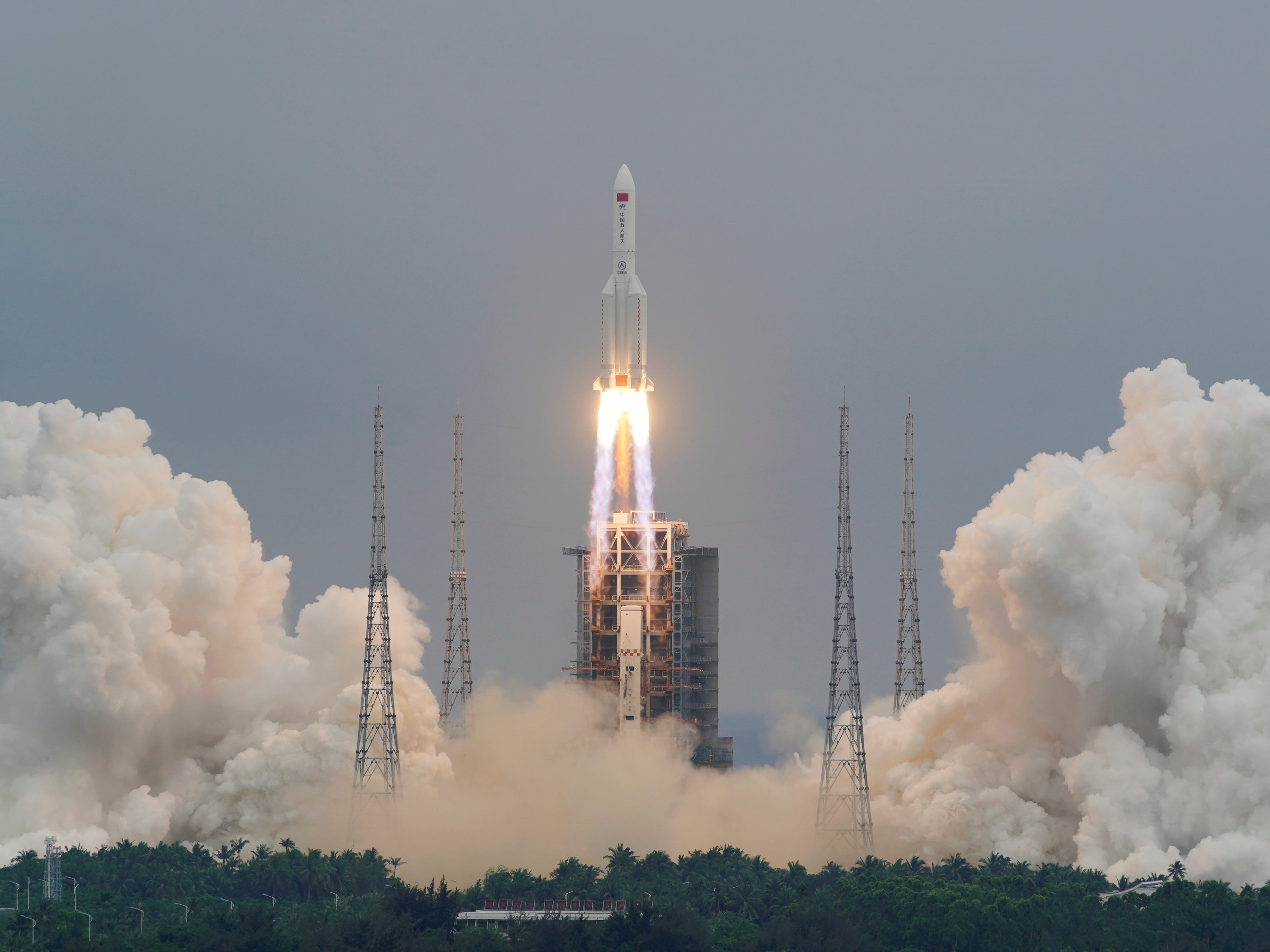 China has launched the Long March 5b once before, in May 2020, to test it by putting a spaceship prototype into orbit. That rocket’s core stage also fell back to Earth uncontrolled, six days after launch. It reentered Earth’s atmosphere over the Atlantic Ocean, according to the US Space Force’s 18th Space Control Squadron, but local reports indicated that bits of the rocket fell on Côte d’Ivoire.

Jim Bridenstine, who was NASA Administrator at the time, chastised China for the incident, calling it “really dangerous.” The rocket stage’s path had taken it over Los Angeles and New York City just before it succumbed to Earth’s gravity.

The Long March 5b is specifically designed for launching space-station modules, according to Jones. China plans to build its new space station with 11 launches by the end of 2022. It’s not yet clear how Chinese space authorities plan to dispose of the rocket bodies from the next 10 launches.

“The Long March 5B core stage is seven times more massive than the Falcon 9 second stage that caused a lot of press attention a few weeks ago when it reentered above Seattle and dumped a couple of pressure tanks on Washington state,” McDowell told Jones.

A pressure tank from that SpaceX Falcon 9 rocket landed on a Washington farm and left a 10cm dent in the ground. Nobody was hurt in that incident, according to local authorities.

An early prototype of the space station China is building also fell back to Earth uncontrolled in 2018. It fell over the uninhabited South Pacific Ocean.