A husband and wife in the Hudson Valley convert vintage Airstreams into modern tiny homes and name them after famous women like Dolly Parton. Take a look inside 'Roberta,' their latest renovation. 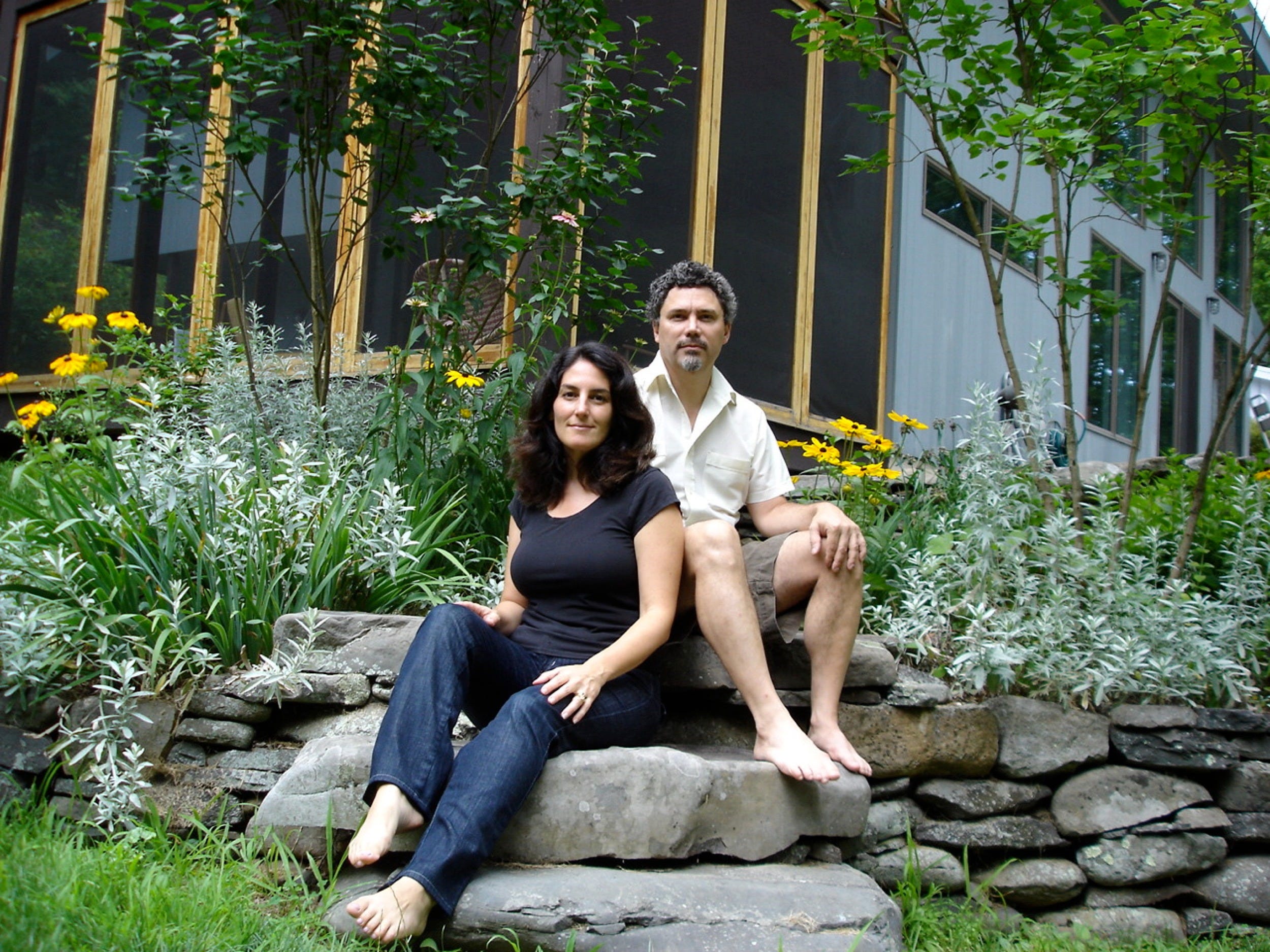 Amy Rosenfeld and Ed Potokar love designing spaces. Over the past decade, they have built three houses in the Hudson Valley and renovated an apartment in New York City. Now, they spend their days working on vintage Airstreams. 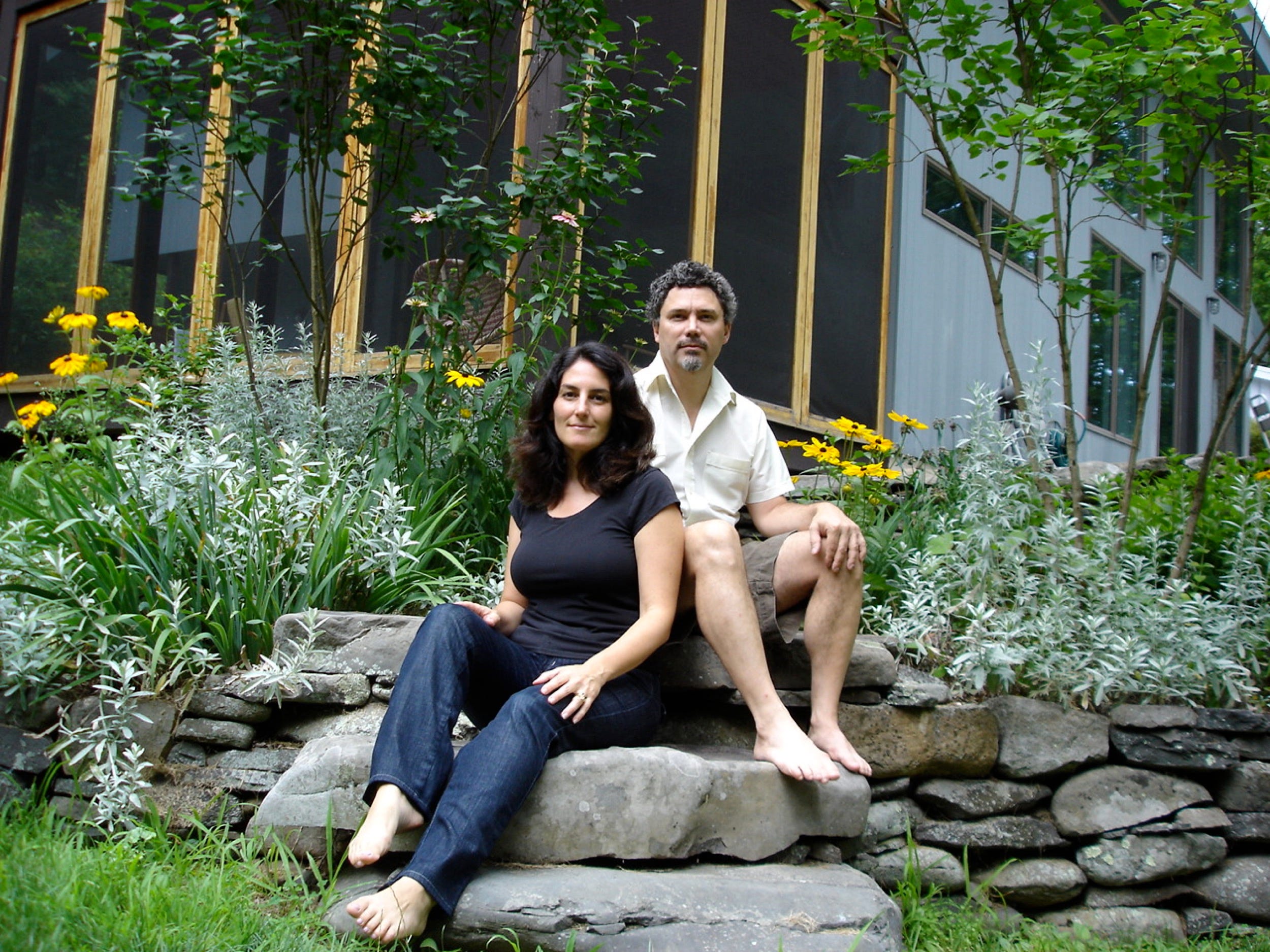 Courtesy Amy RosenfeldAmy and Ed sit outside their house in the Hudson Valley that they designed and built themselves.

Co-owners of Hudson Valley Airstream, Amy and Ed scour the eastern US for out-of-commission Airstream land yachts from the 1960s and 70s and convert them into tiny modern homes. 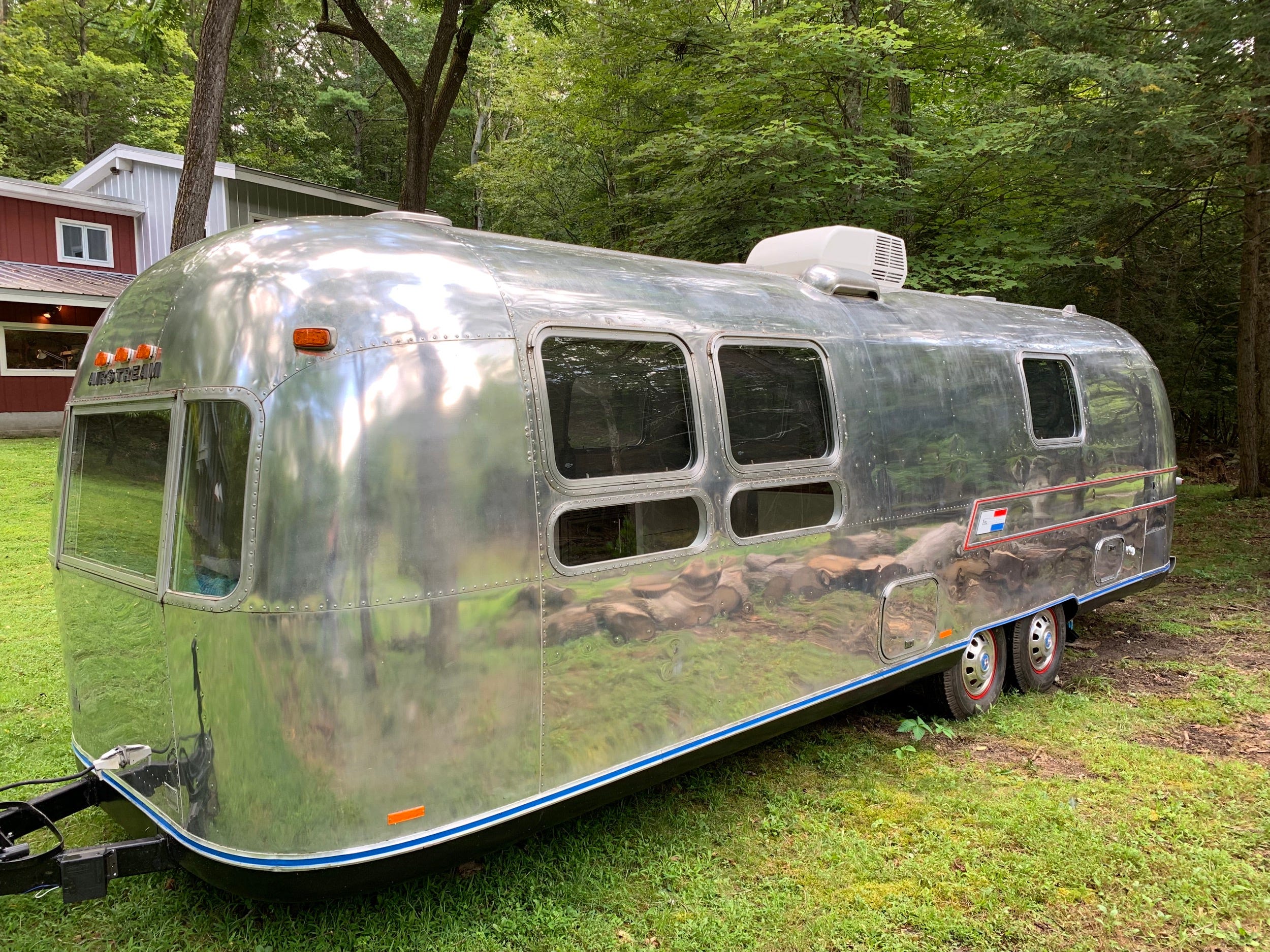 “We really love to be styling the Airstreams from the late sixties to the seventies, because that’s when they started making round windows. They were square before then,” Amy told Business Insider. 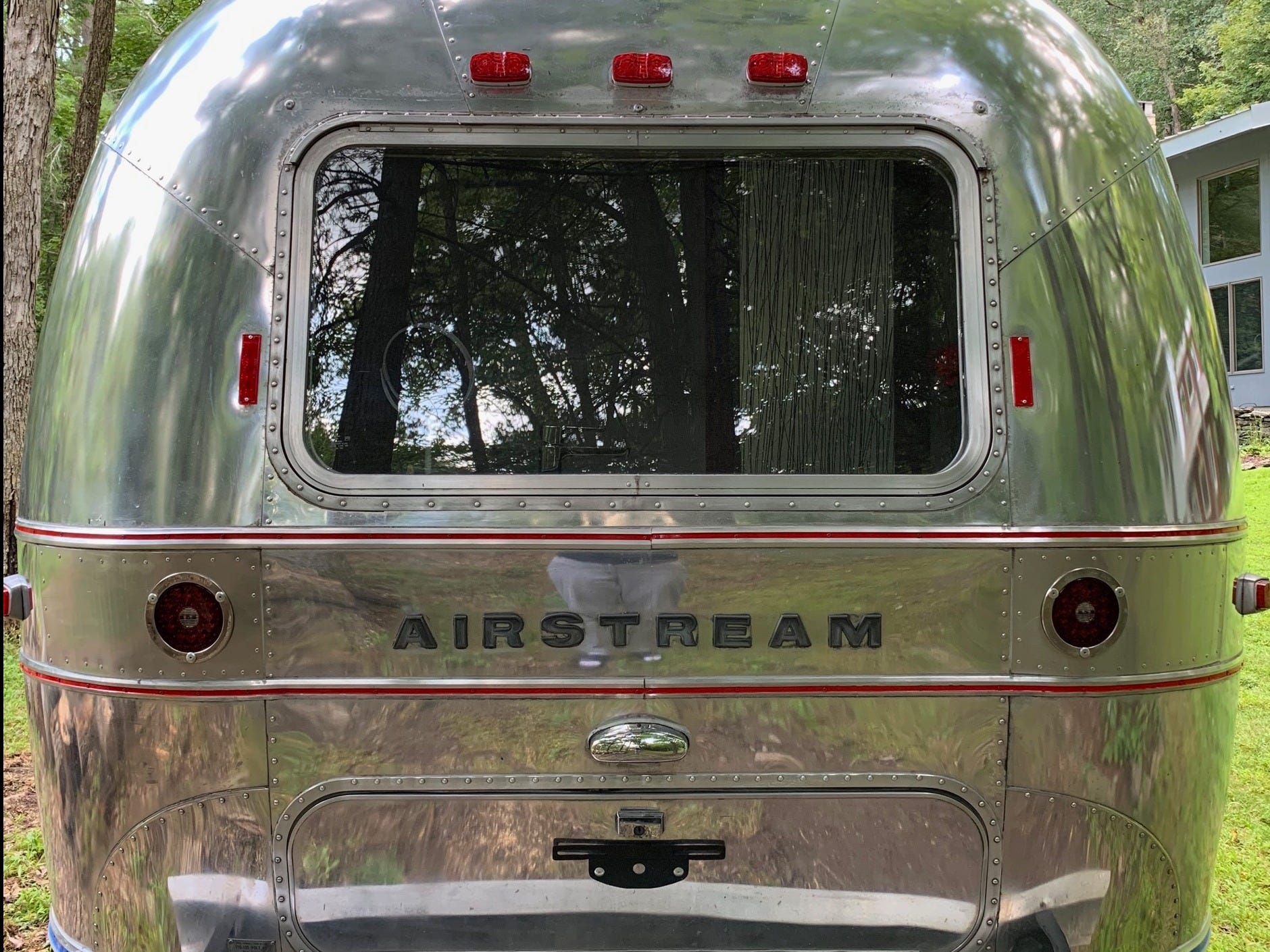 To date, they have fully renovated three trailers, which they found through word of mouth and browsing Craigslist. 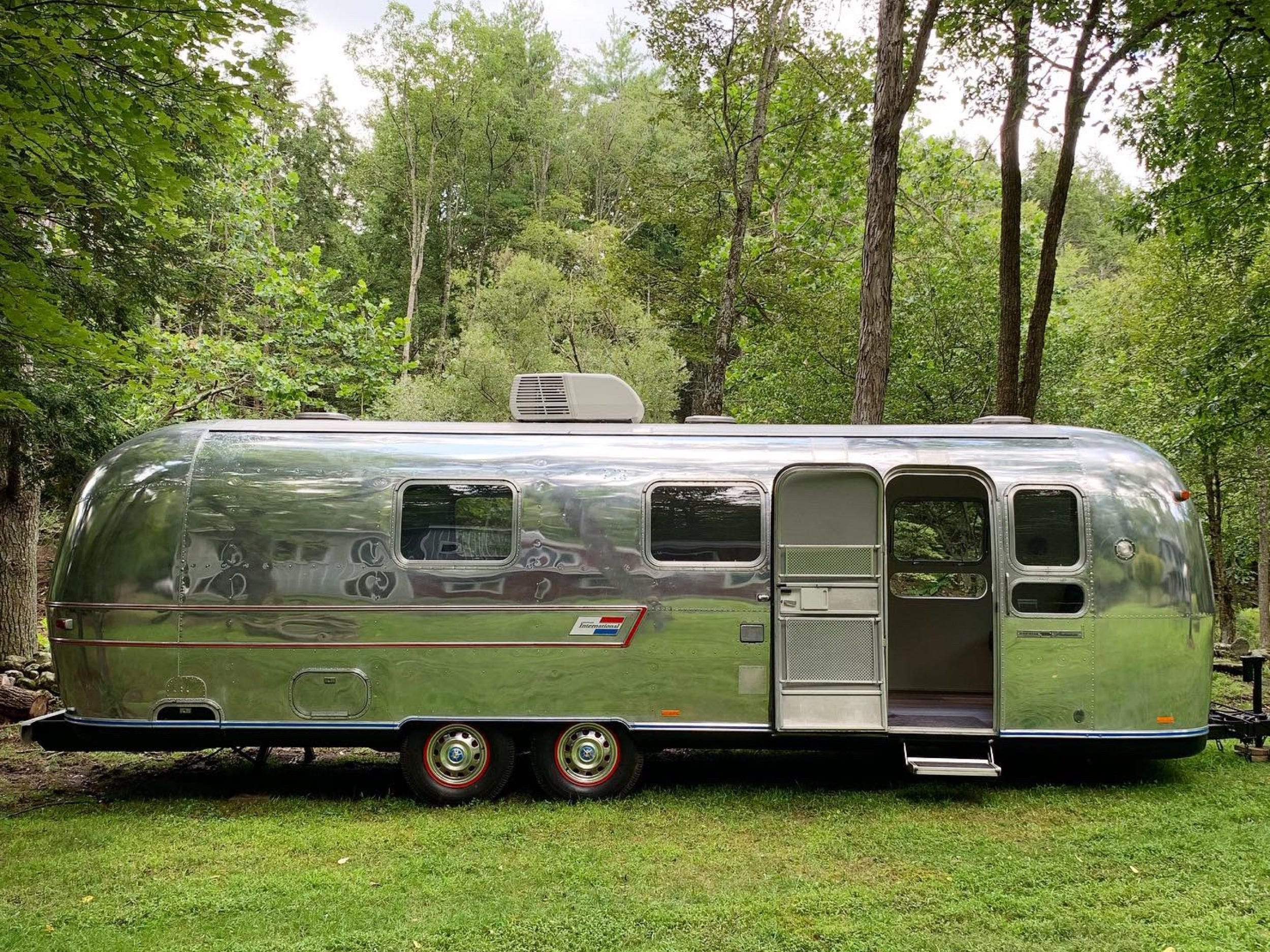 Their latest renovation, a 29-foot trailer from 1973 named ‘Roberta,’ was in such bad shape that they had to spend a month fixing it up before they could even drive it from Ohio back to the Hudson Valley. 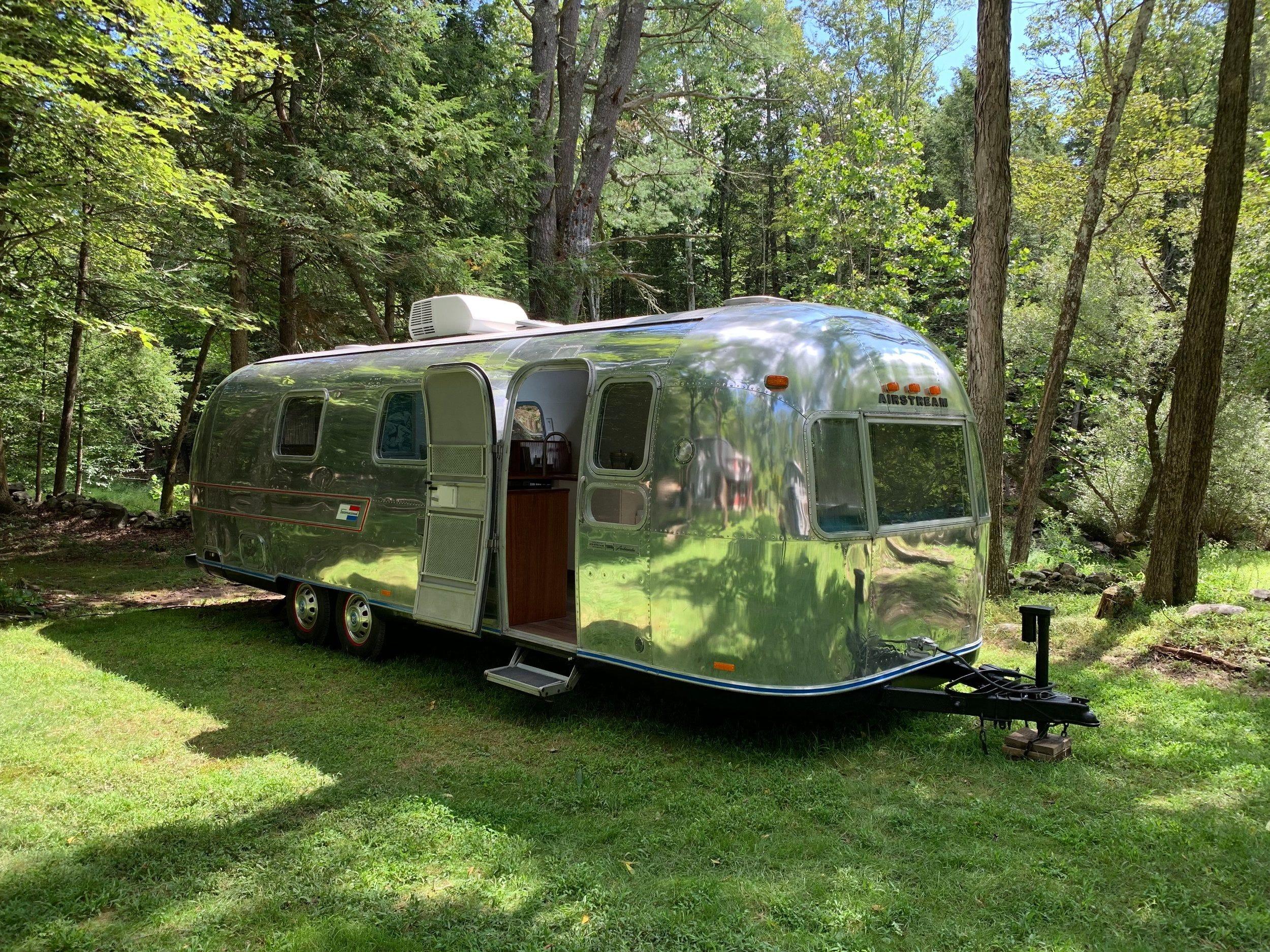 When Amy and Ed first saw Roberta, she was filled with clutter: cereal boxes, broken lawn chairs, and ripped polyester pillows, among other decaying treasures. 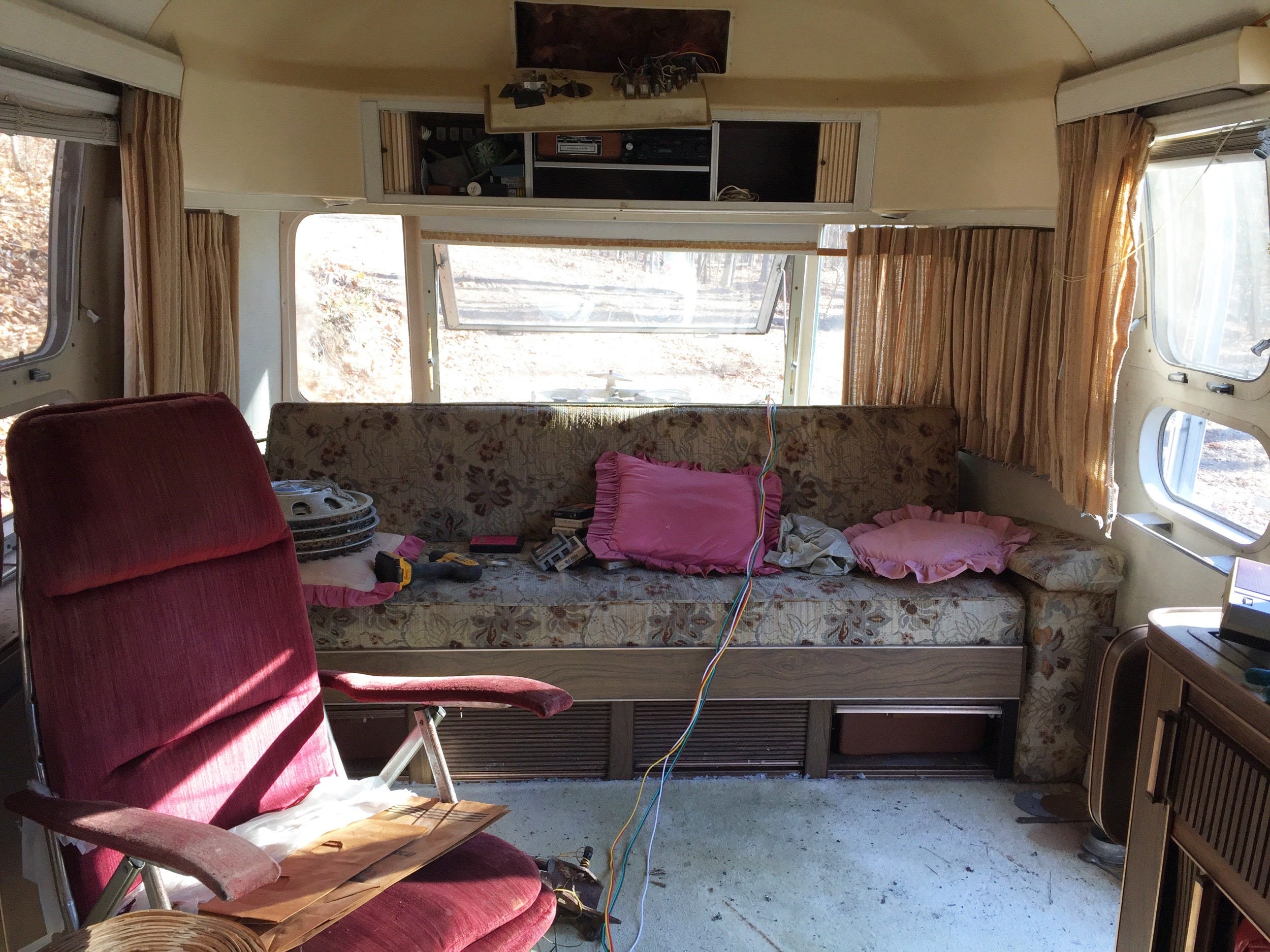 “It was disgusting.” Amy told Business Insider. “I went in there with a hoodie and gloves.” 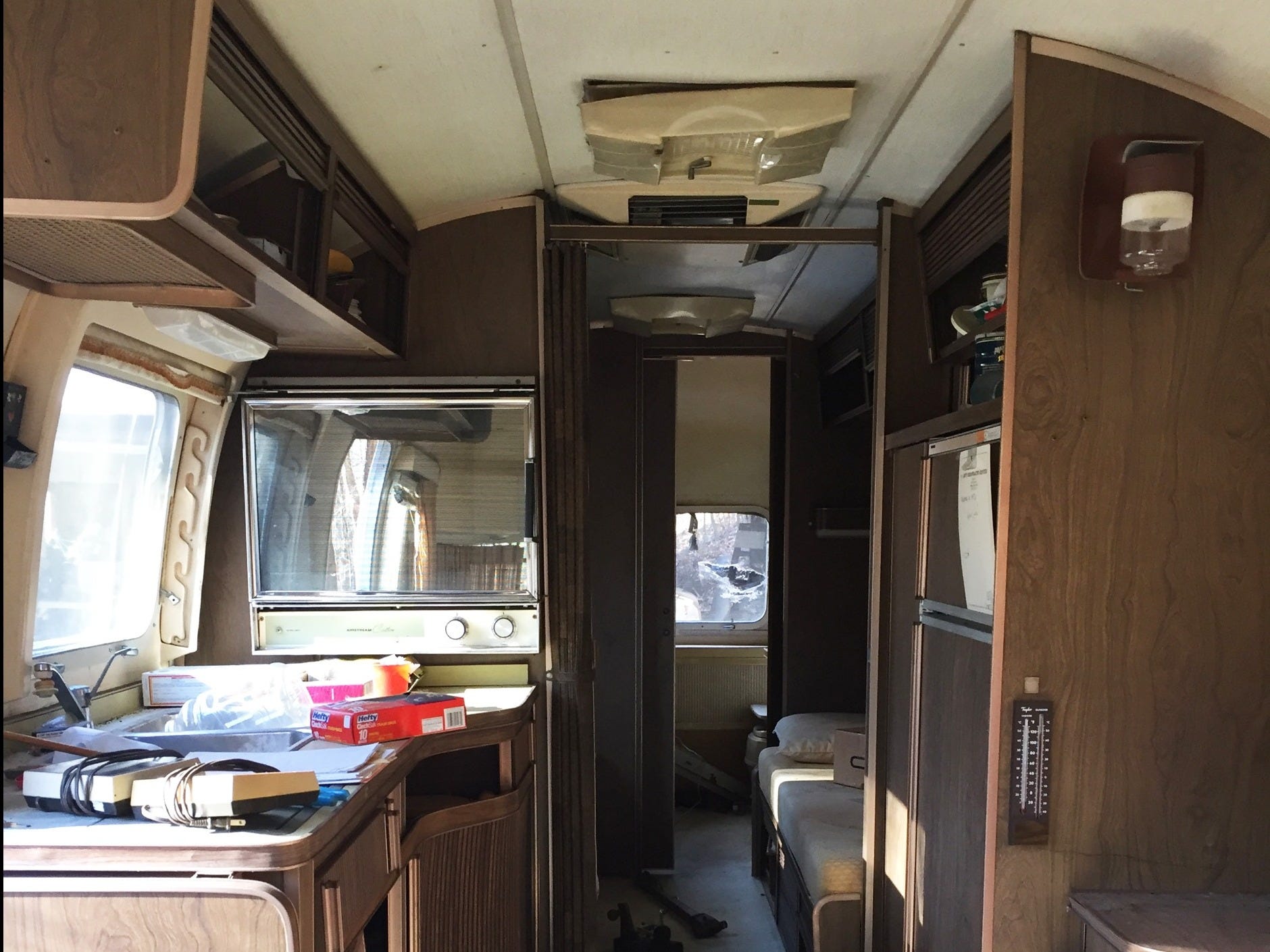 Amy and Ed have come to expect as much when purchasing vintage trailers. “They’re all rotting because they have been outside for 50 years. And if they have been driven around, you know, they have been shaken up a lot,” Amy said.

Before starting on the renovation, Amy and Ed sat down to decide on a name. They chose ‘Roberta’ for Roberta Flack, who released her ‘Killing Me Softly’ album in 1973, the same year the trailer was made. 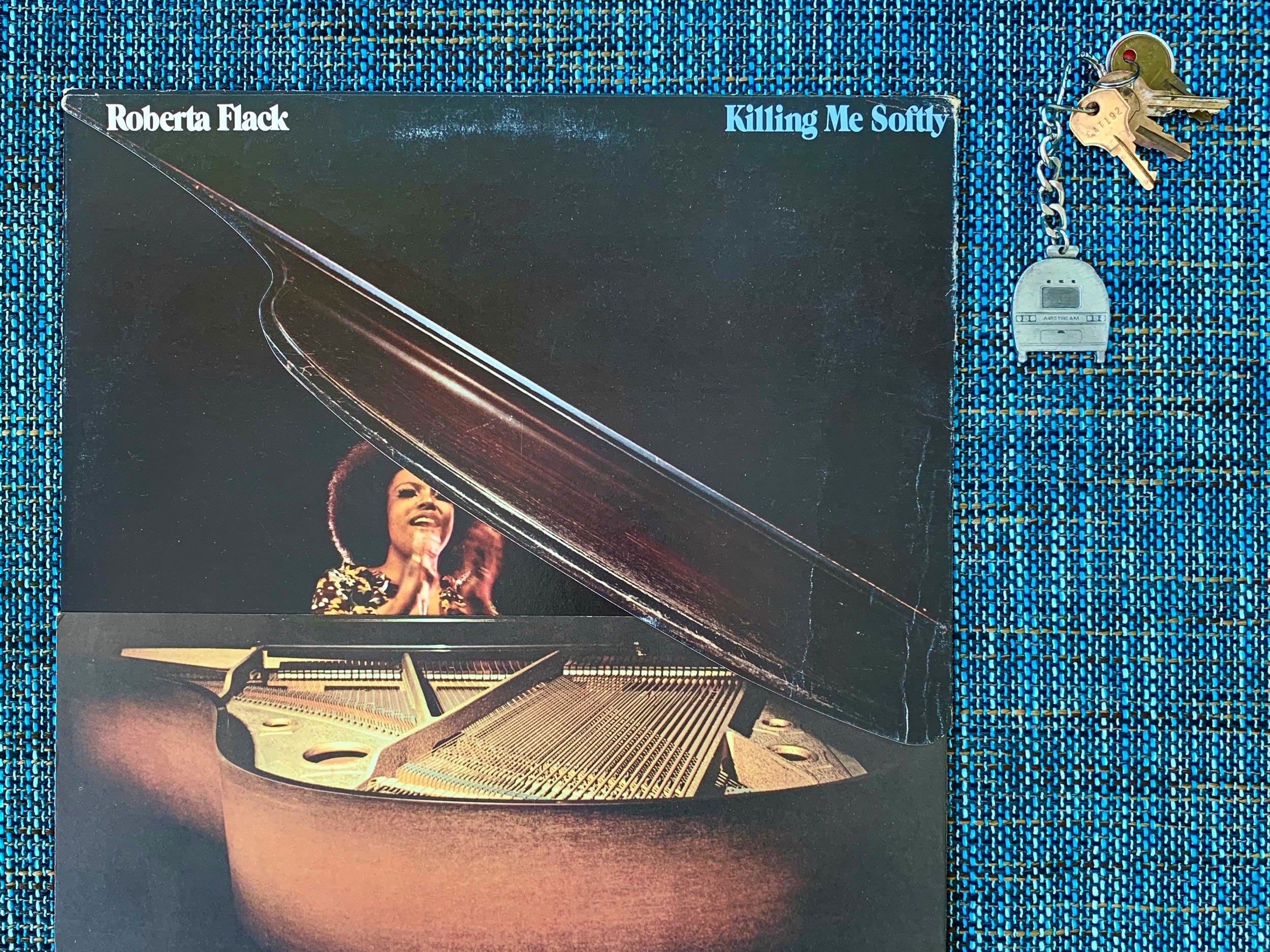 The couple has named two other Airstreams after famous female singers. Their 1969 trailer is called ‘Janis,’ after Janis Joplin who performed in Woodstock that year. And they’re currently in the process of renovating a 1974 trailer named ‘Dolly‘ in honour of Dolly Parton’s album ‘Jolene.’

They named another trailer ‘Betty Jean‘ after a woman whose Polaroid picture they found inside.

“It’s a way of paying homage to the years that the Airstream is from, and also honouring women that we think are awesome,” Amy said of their naming system.

Next, they completely gutted the interior with the exception of the aluminium shell, removing the plumbing, shelving, floor, and 50-year-old wiring and insulation. 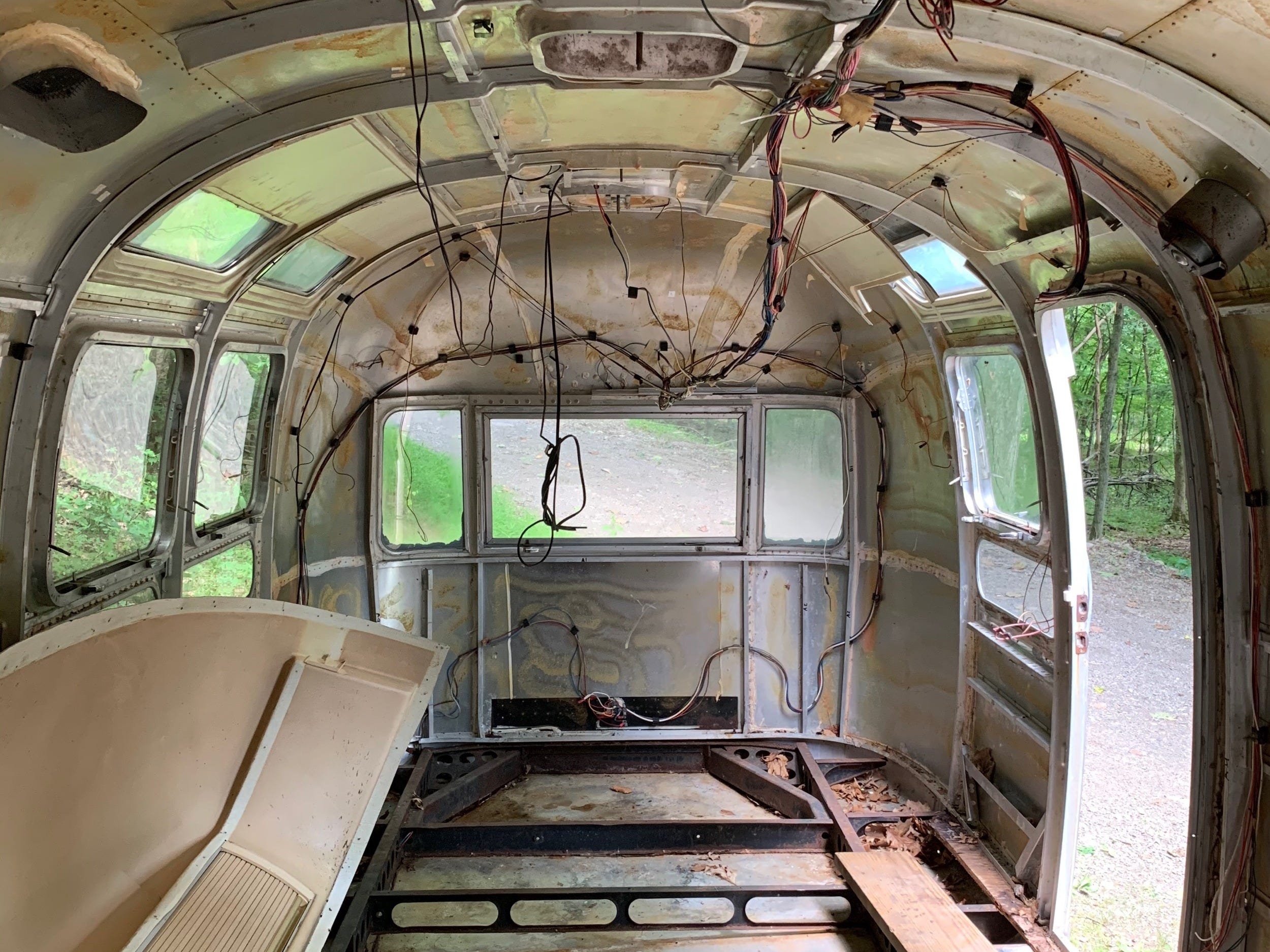 After the gutting, Ed got to work laying the floors, rewiring, and replacing the interior fibreglass shell with new insulation. 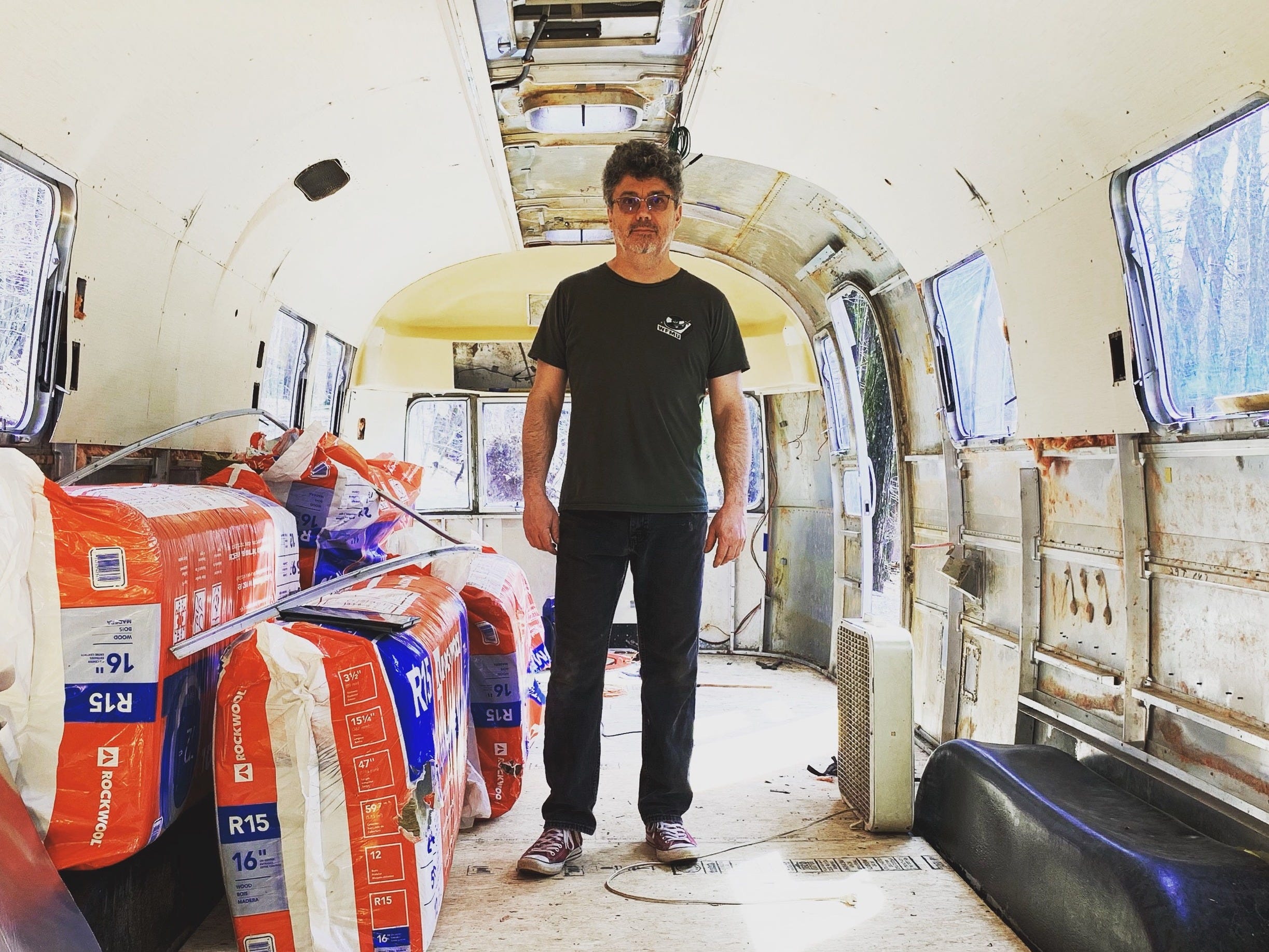 Amy and Ed thought that their experiences building houses would prepare them for their new endeavour. But renovating an Airstream comes with a unique set of challenges, Amy told told Business Insider. “There are no straight lines. So everything has to be custom made,” she said. 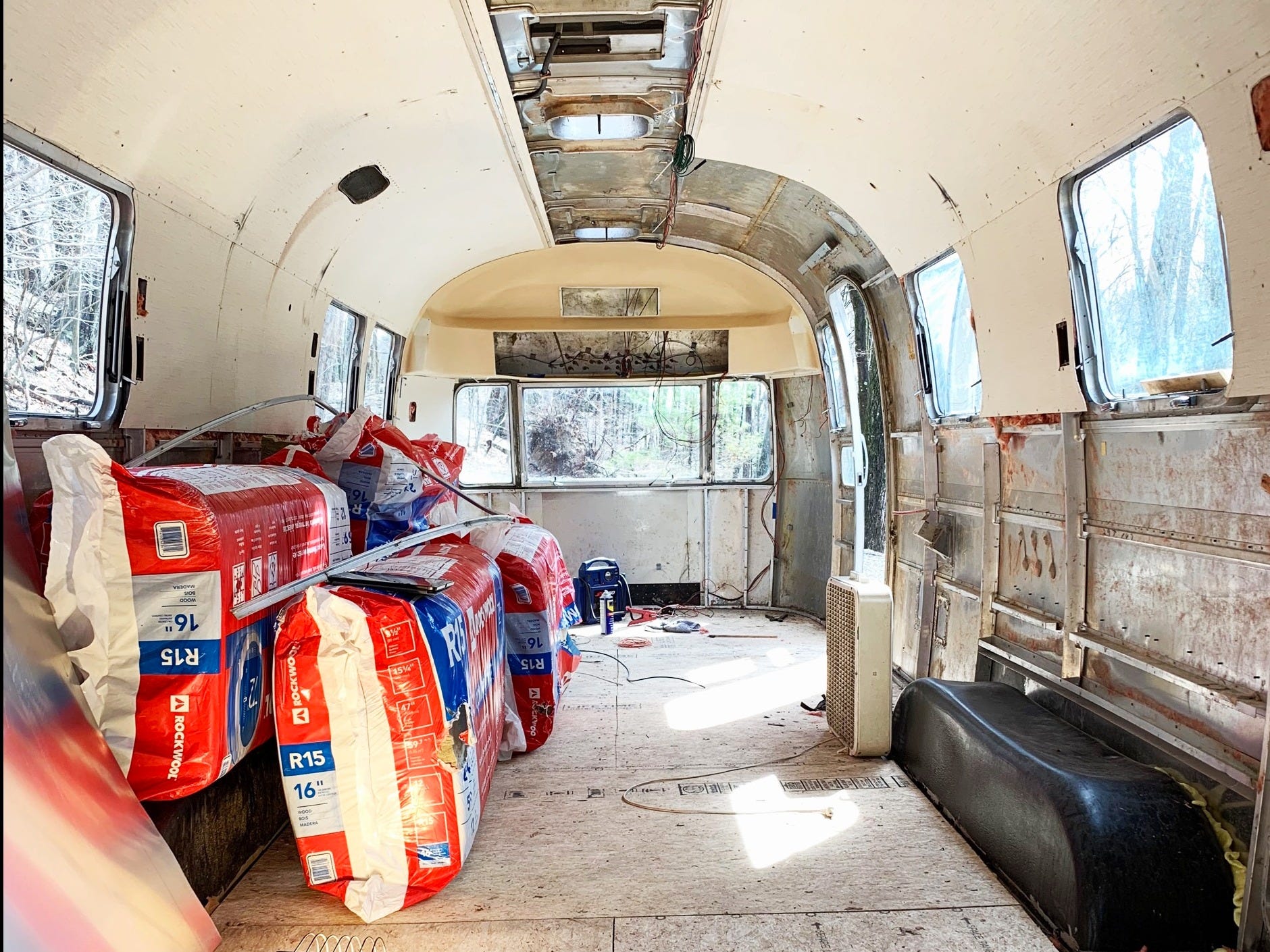 Once Ed had updated all the plumbing and wires, he mapped out where each utility would go on the floor in blue tape, and Amy began sourcing materials and fixtures. 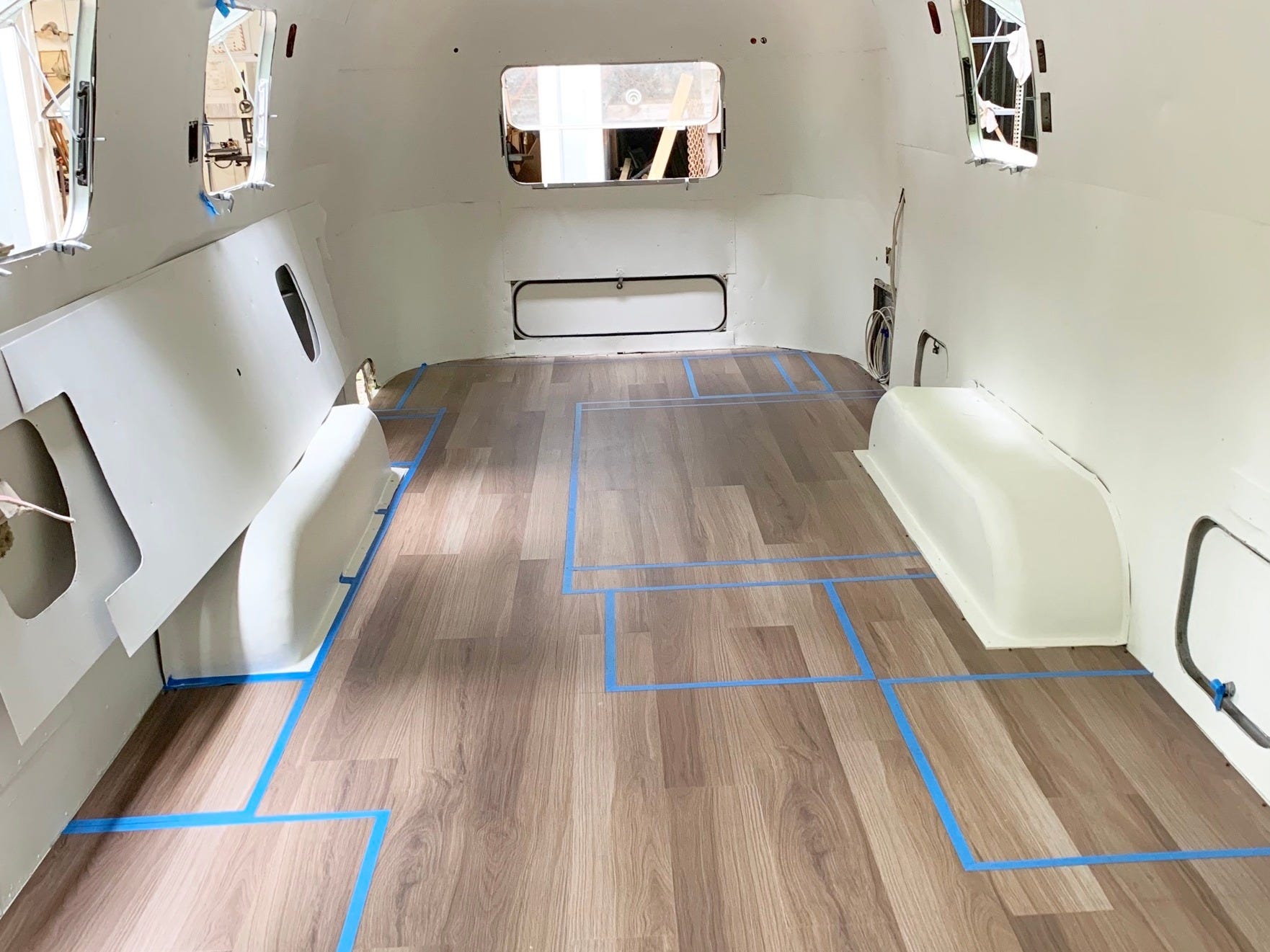 In total, Roberta took nine months to complete, with the majority of work taking place between April and November 2019. “When the weather is awesome, we’re working really long hours … like eight, nine hour days,” Amy said. 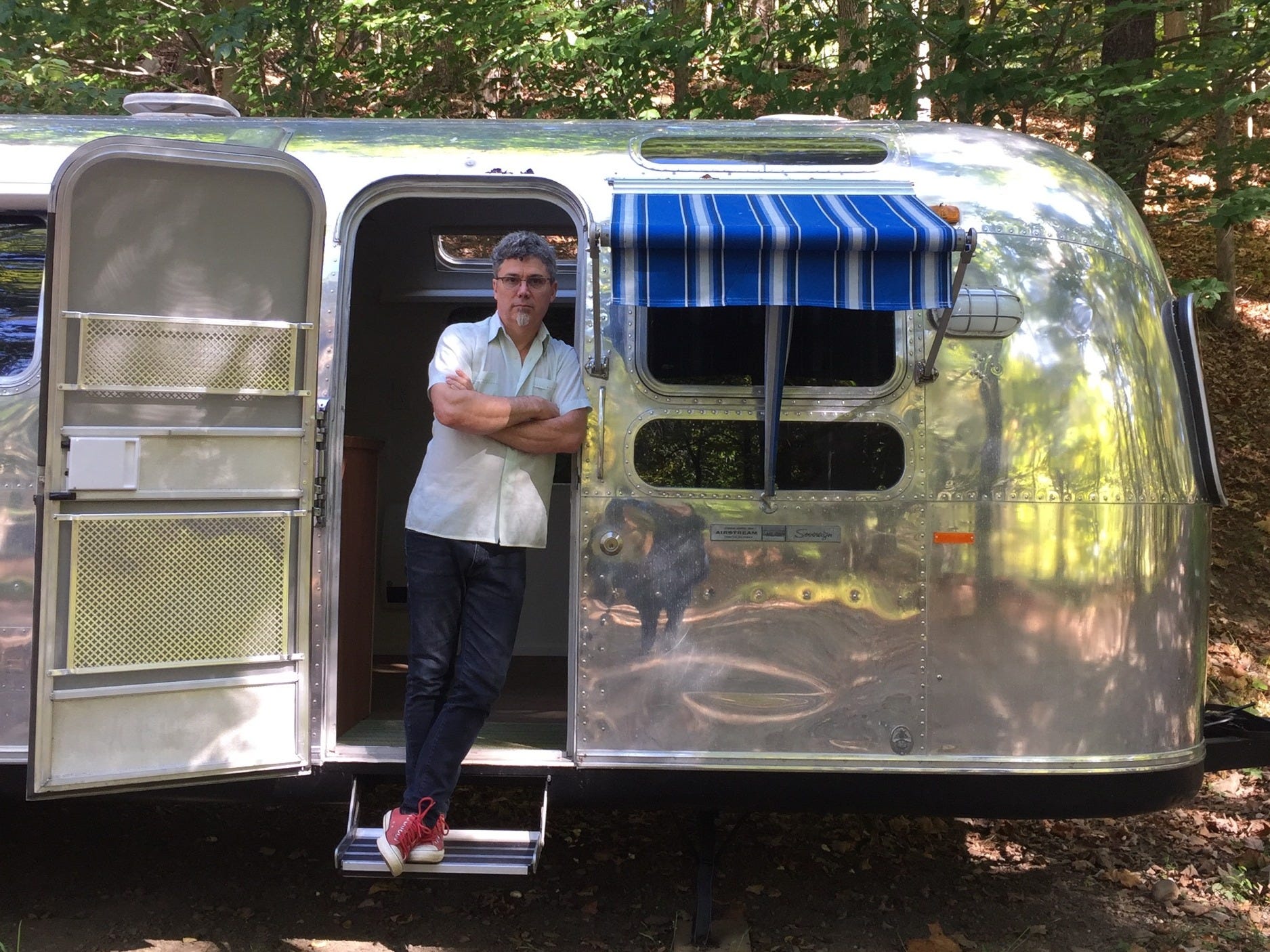 Courtesy Amy RosenfeldEd stands in the doorway of Betty Jean, a 1972 Airstream trailer. 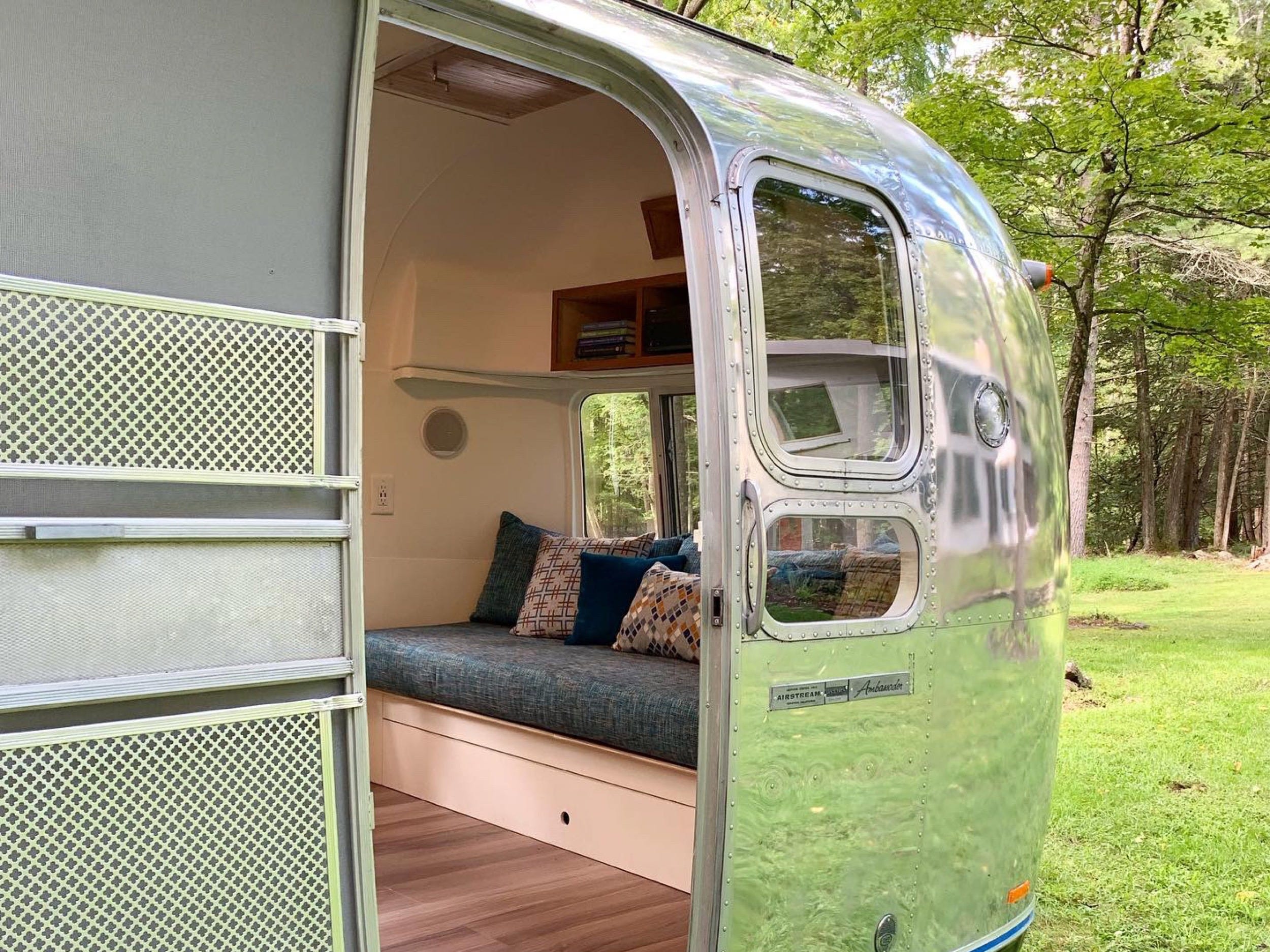 In place of the dusty, disintegrating coach and stained carpet is a custom blue daybed and wood floor. 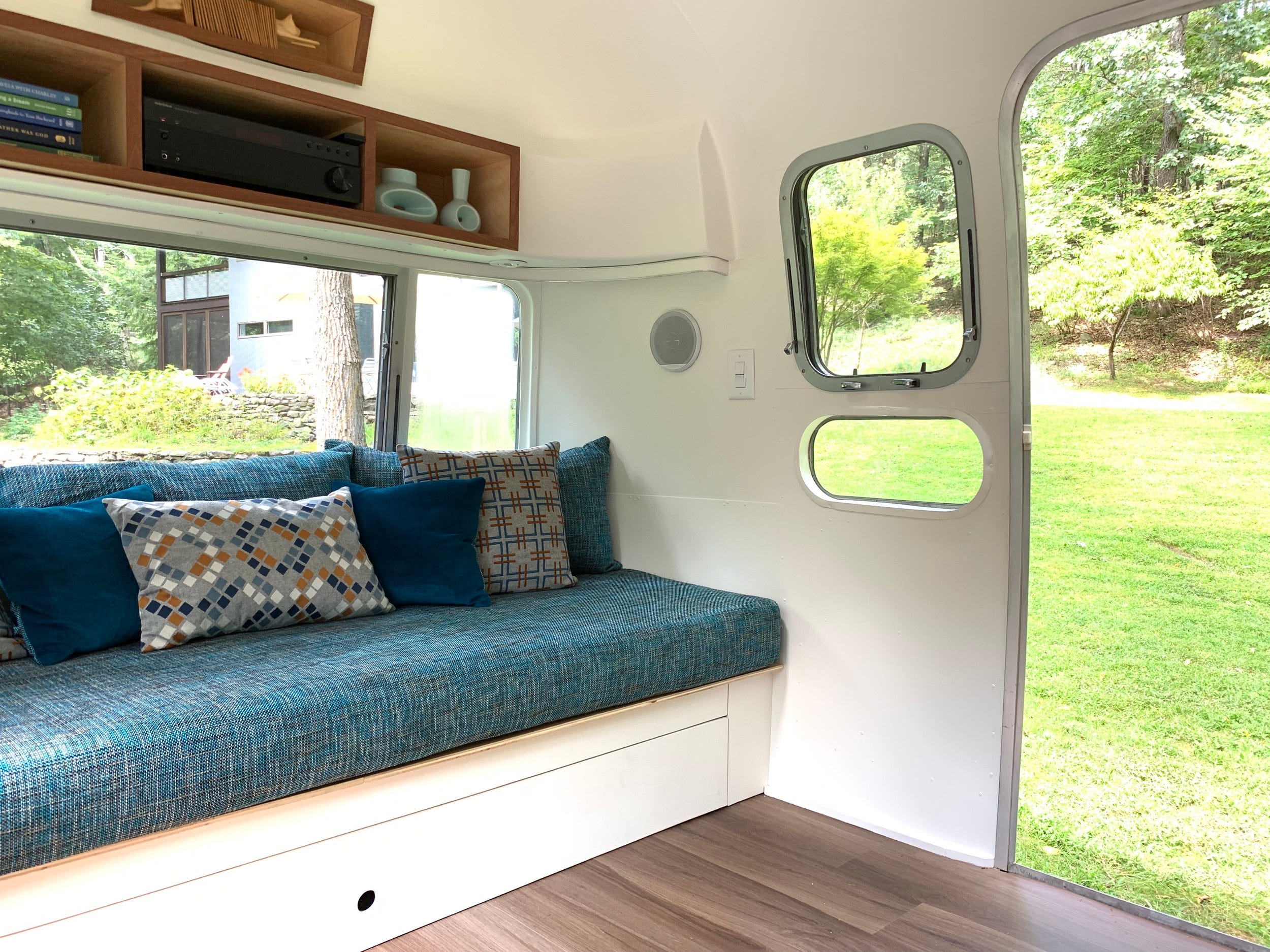 The trailer also includes a full kitchen with an L-shaped mahogany countertop, fridge, stove, and microwave. There is a bed, a bathroom with a shower, a row of cabinets, and a heating-AC unit. 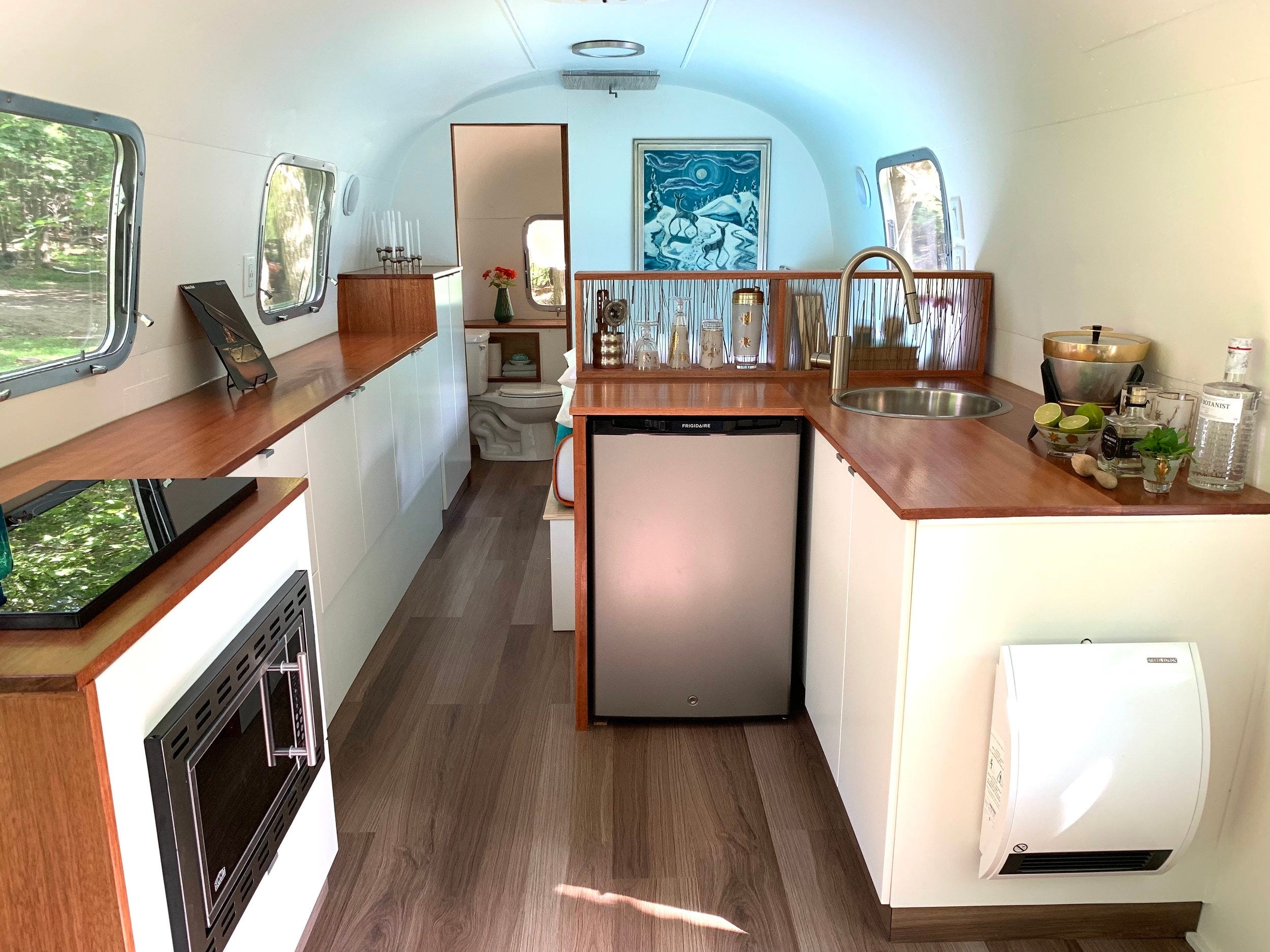 “Every inch is considered,” Amy told Business Insider. “There is storage everywhere.” 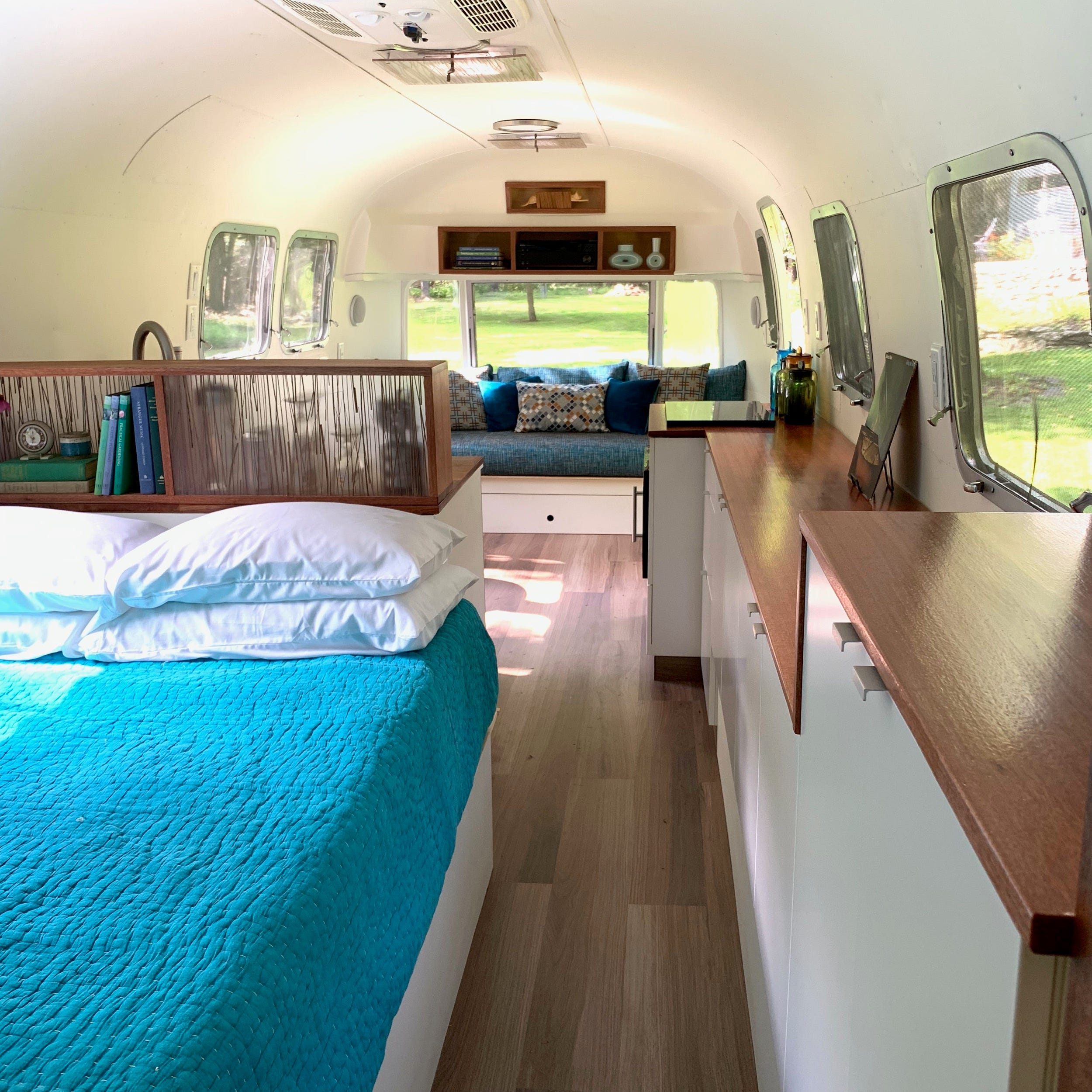 Amy appreciates how open the trailer feels. One way she and Ed achieved this effect is with this sliding barn door to the bathroom: The translucent panel filled with reeds allows light to shine into the bathroom while obscuring vision. 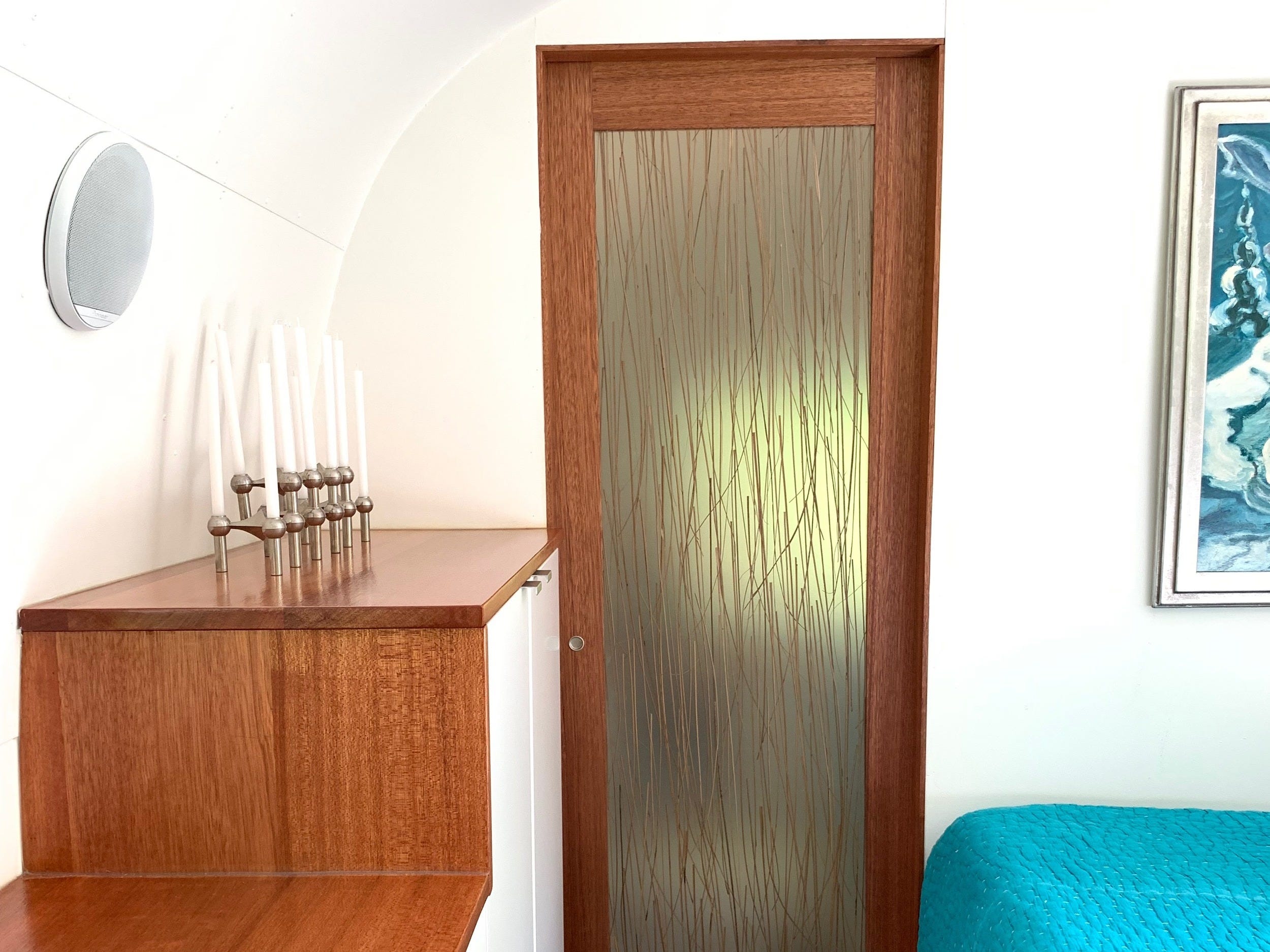 The couple sold Roberta for $US97,000 (which is around the average price for their trailers) last month, just weeks after listing her. 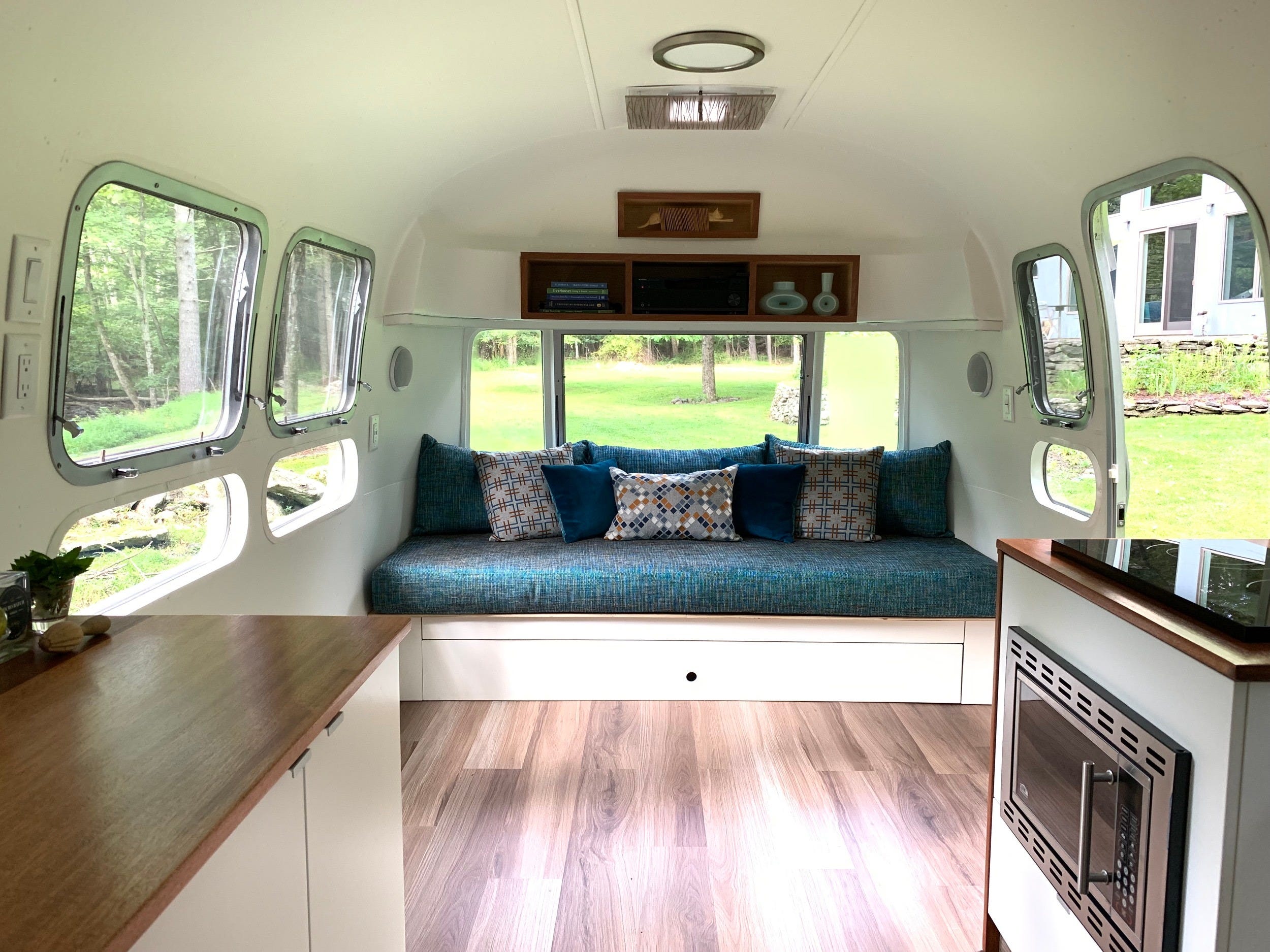 So far, Amy and Ed say their customers have used the converted Airstreams for several purposes. One rents her trailer out as Airbnb, another uses it for family camping, and Roberta’s buyer wants to use his as a guest house. 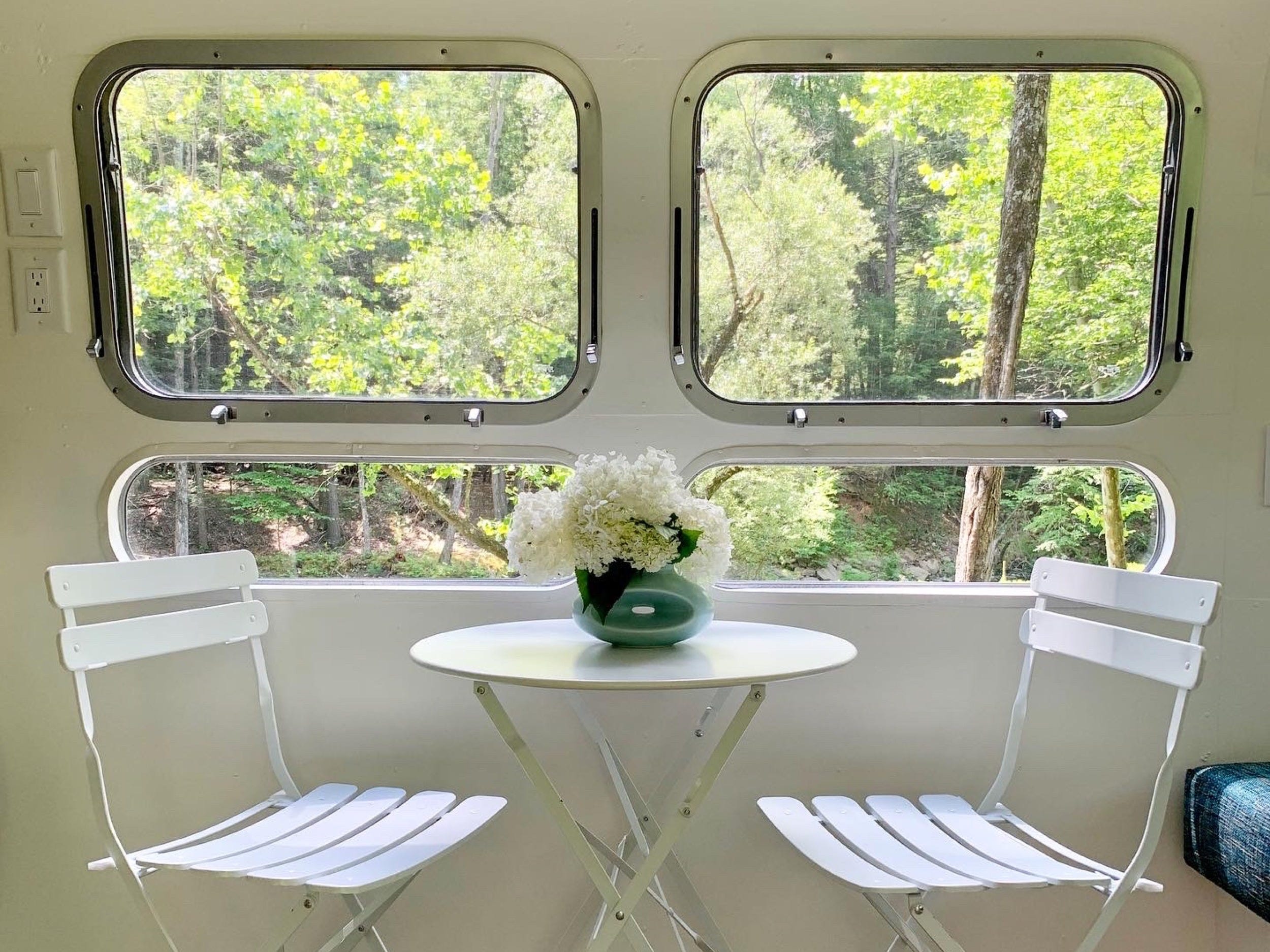 The benefits of buying an Airstream include cost and flexibility, Amy told Business Insider. “It’s something you could take with you when you go. Also, if you build a guest house on your property, your taxes go up, but if you put a Airstream on your property, it’s a registered vehicle,” she said.

While Amy and Ed did not sell Roberta furnished, they did include a copy of Roberta Flack’s 1973 ‘Killing Me Softly’ album. “Dolly is definitely going to come with a Jolene album,” she said. 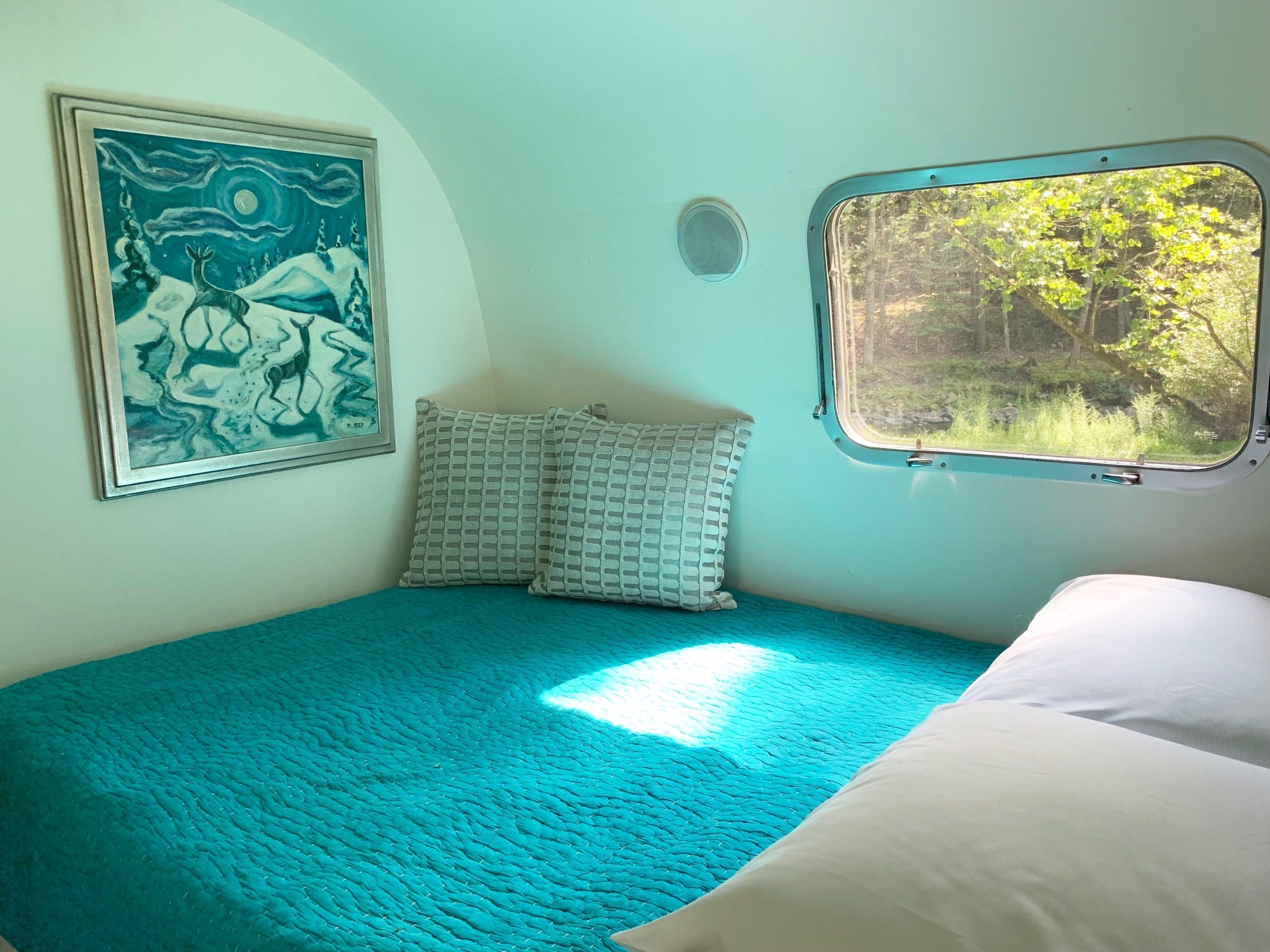 Amy calls their business a labour of love. “It’s super satisfying to see the before and after, because we basically take these things that are destined to be rotting away, and we restore them so that they can live on for decades,” she said. 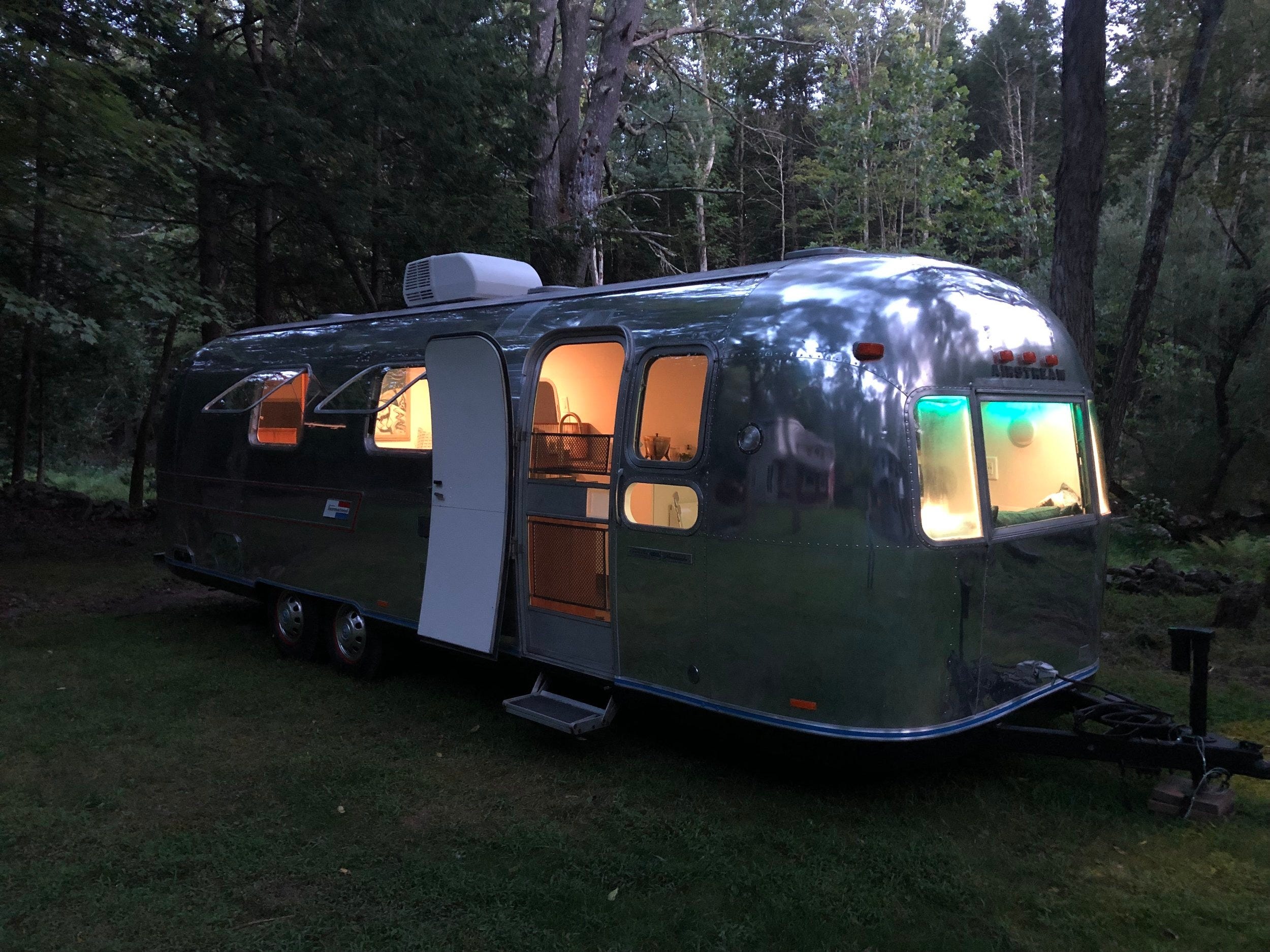