Media mogul Barry Diller and his wife, fashion designer Diane von Furstenberg, have committed to funding a floating publicpark and performance space on a pier in the Hudson River.

Their pledge of over $US113 million will be the single largest private donation to a public park in New York City history, according to Capital New York.

And now, the project will officially be built after a unanimous vote by the Hudson River Park Trust approving the plan on Wednesday, according to DNAinfo.

Construction will begin on the park in 2016, and it is expected to be completed by 2019. According to DNAinfo, “more than half of the performances in the pier’s amphitheater will be free or ‘low-cost.'”

The new addition to the waterfront will be called Pier 55 and is expected to cost more than $US130 million. The City of New York will provide $US17 million to the project, while New York State will provide a separate $US18 million for the construction of a public esplanade that will lead into the pier.

The park will be built on top of a platform 186 feet off the Hudson River shoreline, which will be supported by 300 mushroom-shaped concrete columns, according toThe New York Times. The new space will be built above the flood plain required post-Hurricane Sandy.

The addition to New York’s waterfront will also have lush gardens, wandering paths, and a700-seat amphitheater that will host art events and performances.

“New York has always reminded me of Venice, so I am happy the time has come to properly honour its waterways,” Von Furstenberg said in a press release.

Diller and von Furstenberg’s family foundation created a nonprofit called Pier55 Inc. to maintain the park and commission arts programming for it.

The new pier was designed byHeatherwick Studio, the same company that designed the Olympic Cauldron for the London 2012 Olympic Games, in collaboration with landscape architect Signe Nielsen.

“Unexpected topography and captivating spaces will create physical, visual and cultural experiences found nowhere else in the city, much less on the waterfront,” Nielsen said in the press release. “The drama and delight of the landscape will make this a magnificent destination that will define a new paradigm of public parks.”

Construction for the new pier will begin in 2016 and include the demolition of Pier 54, which once served as the departure point for the Lusitana and was the planned arrival site of the Titanic.

“Pier55’s imaginative, almost dreamlike design and artistic ambition will touch everyone who visits. This park will be an invaluable public asset for our city for generations to come,” Margaret Newman, executive director of the Municipal Art Society, said in the press release.

The pier is expected to be open to the public by late 2019.

Black man sues police after he was jailed for 6 days...

Maryland officials discover the body of a deceased man inside his... 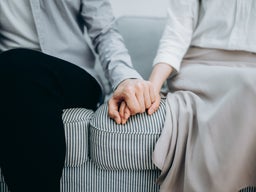 A Chinese couple who were trapped in a sudden lockdown on...