On Wednesday, President Donald Trump announced a new measure to protect tenants and homeowners, suspending all eviction and foreclosure action for properties owned by the Department of Housing and Urban Development.

The suspension will end May 1, Trump said at a press conference, providing “immediate relief to renters and homeowners.”

Around 6.7 million people lived in HUD-provided housing, according to government data from 2016, the most recent year with data available. And the surge in layoffs as businesses shutter amid the coronavirus pandemic means that many may struggle to pay their rent.

“Today’s actions will allow households who have an FHA-insured mortgage to meet the challenges of COVID-19 without fear of losing their homes, and help steady market concerns,” HUD Secretary Ben Carson said in a statement. AP Photo/Alex BrandonHousing and Urban Development Secretary Ben Carson speaks during a briefing on coronavirus in the Brady press briefing room at the White House, Saturday, March 14, 2020, in Washington.

The new federal measure does not apply to the more than 80 million renters across the nation – though housing advocates and attorneys across the country are demanding a nationwide moratorium on evictions and foreclosures.

Leah Simon-Weisberg, the legal director for anti-displacement and land use programs at the Alliance of Californians for Community Empowerment, said the measure would help stem the novel coronavirus outbreak by making sure people weren’t left homeless or forced to go to court while sick.

But it’s difficult to understand the measure’s full impact. It’s not clear how many renters living in HUD-owned properties are at risk for eviction. Around 3.6 million people are evicted in the entirety of the United States every year.

At the local and state level, some authorities are taking action themselves to keep people housed. The state of New York banned evictions outright until further notice, and Maryland did too.

San Antonio, Texas, also indefinitely halted such action. In nearby Austin, evictions are on hold until at least April 1. 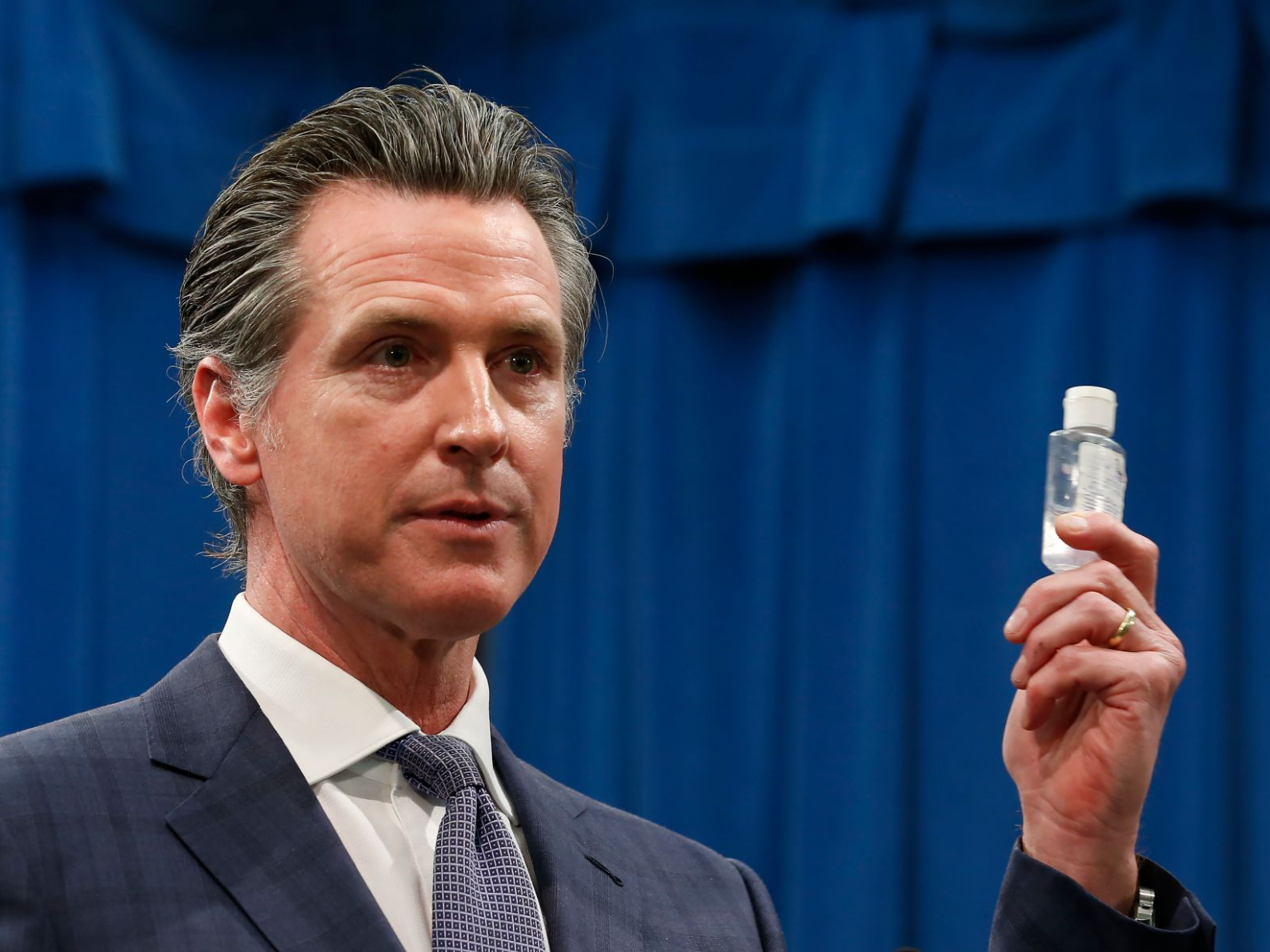 Rich Pedroncelli/APCalifornia Gov. Gavin Newsom displays a bottle of hand sanitizer while saying the state would take action against price gouging because of the coronavirus, at a Capitol news conference in Sacramento, Calif., Wednesday, March 4, 2020.

“People shouldn’t lose or be forced out of their home because of the spread of COVID-19,” Newsom said in a statement. “Over the next few weeks, everyone will have to make sacrifices – but a place to live shouldn’t be one of them. I strongly encourage cities and counties take up this authority to protect Californians.”

Without protections for tenants and homeowners, said Simon-Weisberg, the threat of eviction or foreclosure is “incredibly dire.”

“Literally right now there are people being thrown in the street,” she said. “Governors need to call for a complete moratorium on all evictions, close all eviction courts and have all sheriffs refrain from executing evictions during the state of emergencies.”