HSBC tanks the most since 2017 after announcing a $7.2 billion overhaul charge 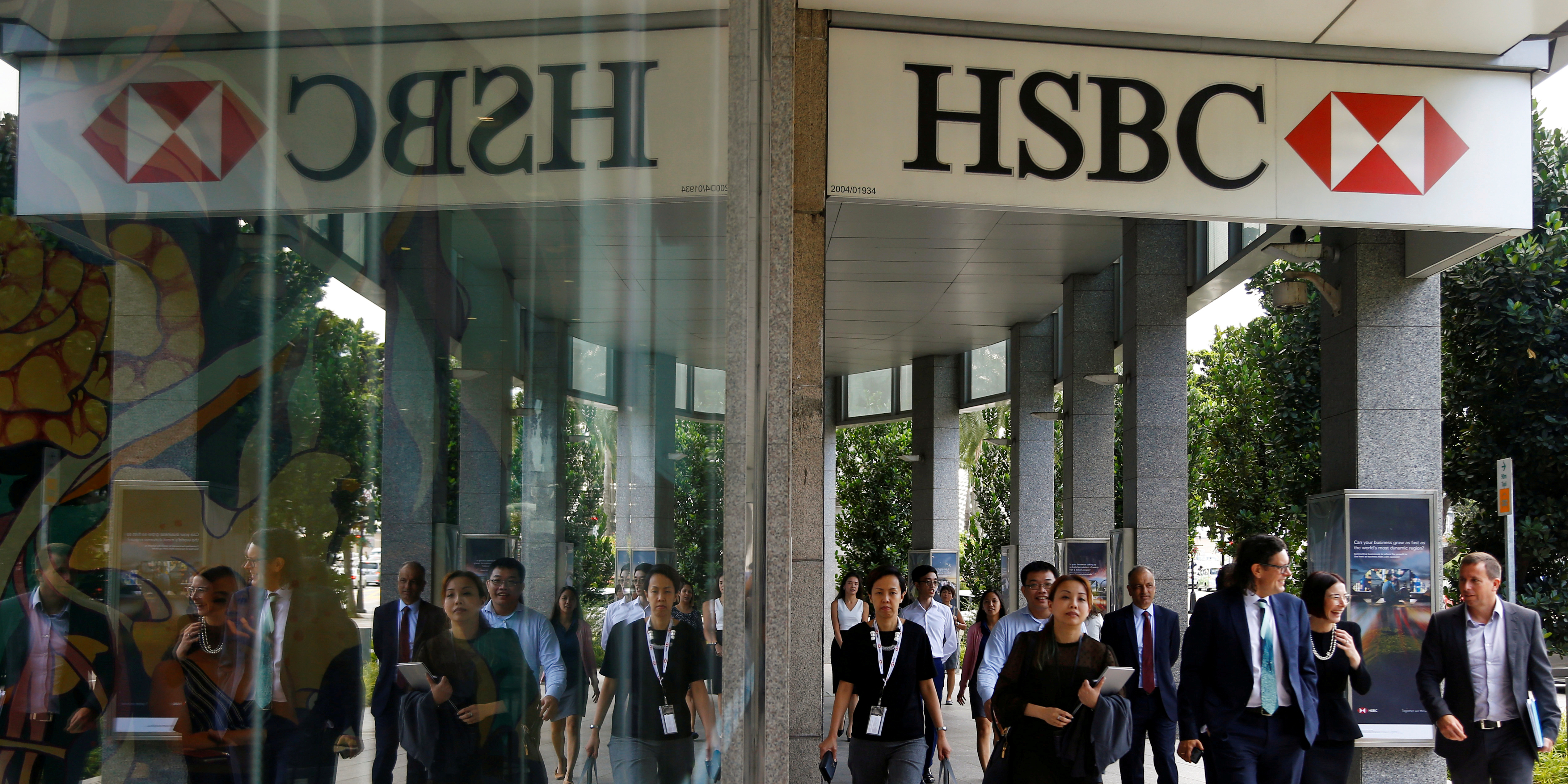 ReutersFILE PHOTO: People walk past a HSBC signage in Singapore

HSBC shares fell as much as 5.6% in early Tuesday trading after the bank announced plans to cut 35,000 jobs in a major overhaul.

Europe’s largest investment bank by market cap looks to slash underperforming offices in the US and Europe and focus on Asia for further growth. HSBC expects to take a $US6 billion charge from restructuring and a $US1.2 billion charge from asset disposal costs over the next three years.

Tuesday’s drop on the London Stock Exchange was HSBC’s biggest since September 2017, according to Bloomberg.

The company posted its fourth-quarter results on Tuesday alongside the overhaul plan. Quarterly revenue and pre-tax earnings landed above analyst estimates, but profits fell 33% from the year-ago quarter.

Revenue: $US13.1 billion, versus the $US13 billion estimate

Quarterly pre-tax profit: $US4.3 billion, versus the $US3.9 billion estimate

Share buybacks will be suspended for 2020 and 2021, and gross assets held by the bank will be reduced by $US100 billion over the next three years, according to the report. HSBC warned coronavirus fallout will bring additional hits to future performance, but the magnitude of the damage is still unclear.

“Depending on how the situation develops, there is the potential for any associated economic slowdown to impact our expected credit losses in Hong Kong and mainland China,” the bank said in its latest quarterly report.

The bank is going to be “surgical and ruthless” in its plan to cut underperforming businesses, Chief Financial Officer Ewen Stevenson said in a Bloomberg TV interview. HSBC plans to combine its consumer banking and private banking divisions into a standalone platform, while also shrinking its global reporting lines to four from seven.

The latest restructuring plan is HSBC’s third in a decade, and comes amid a continued search for a permanent CEO. Former chief executive John Flint left the company roughly one year after his 2018 improvement plan failed. Chairman Mark Tucker now leads the plan to cut costs and capitalise on Asian and Middle Eastern markets while also looking to fill the bank’s top role.


The HR chief at a $US12 billion cybersecurity company says the best person for the job isn’t always the most qualified. Here’s why more execs are adopting the same mindset. 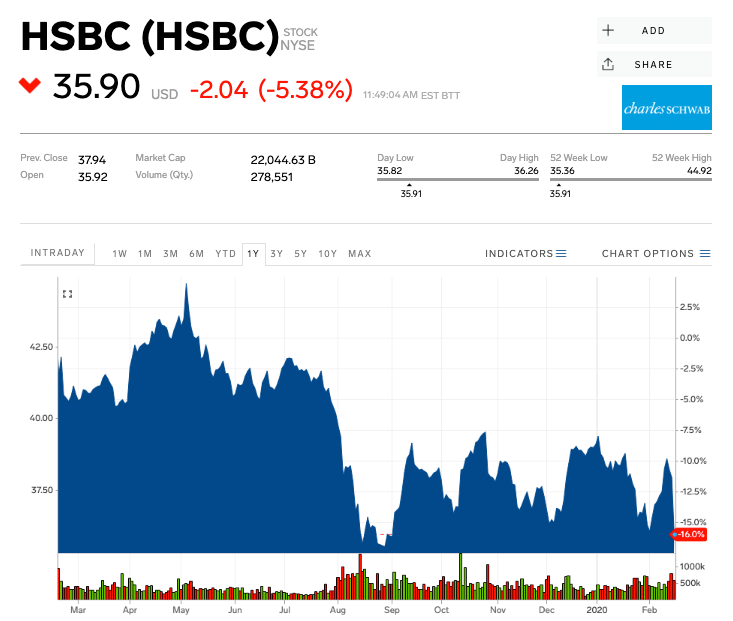