Shares in HSBC jumped as much as 10% on Monday after its biggest shareholder, China’s Ping An Insurance Group, said it had bought additional shares in the London-listed bank, expanding its stake to 8%.

In a filing to the Hong Kong stock exchange on Friday, Ping An disclosed it had raised its stake to 8% from 7.95% and bought 10.8 million shares at an average price of HKD 28.29 ($US3.65) each through its investment management arm.

The UK bank’s shares fell more than 9% last week following a report that it was one among several European Banks to have facilitated the movement of criminal money even after getting caught.

HSBC, which is based in London but makes much of its money from Asia, has been caught up in intertwining geopolitical tensions between the US, UK, and China.


‘Expect more stock-market weakness’: A Wall Street strategist lays out how investors’ most-trusted defences against crashes are failing them at a critical time 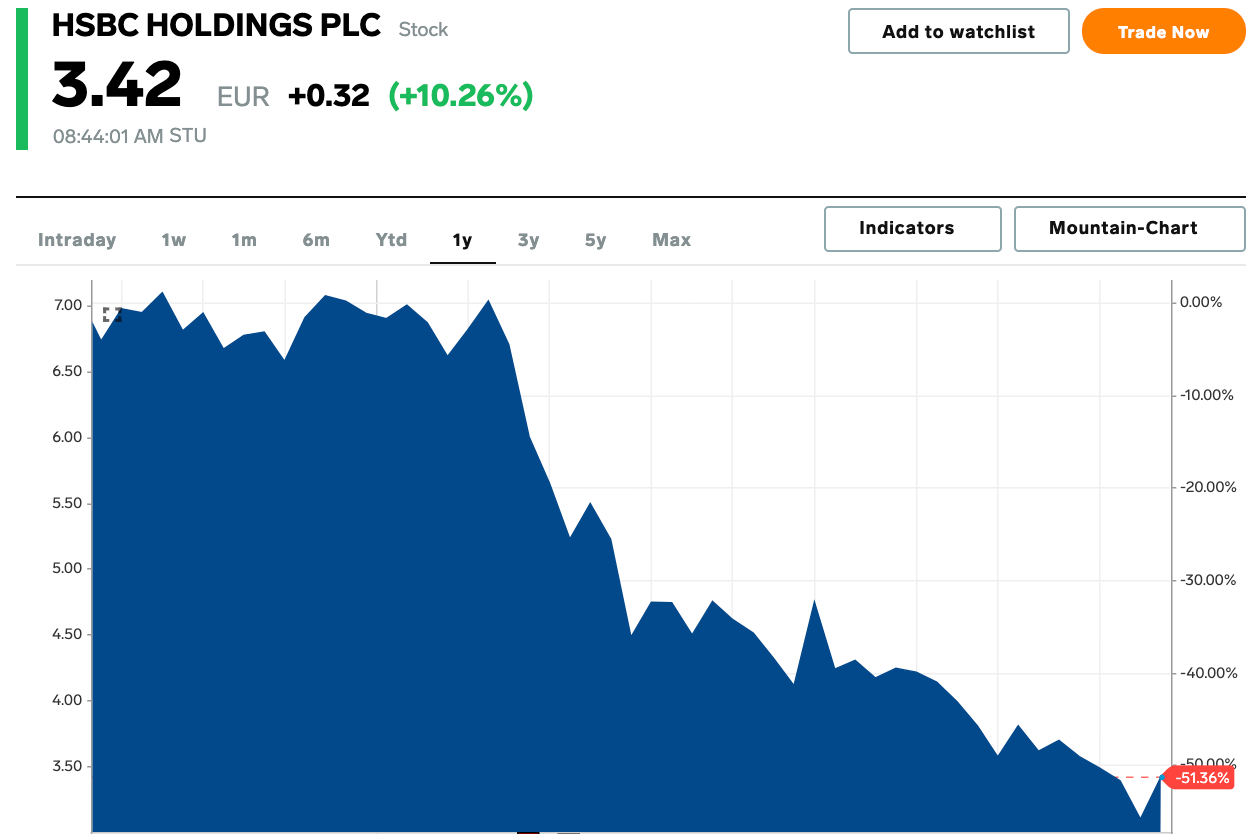 Shares were also hurt on speculation that its push into China might be hampered. China’s Global Times, a daily newspaper run by the ruling Communist Party, said HSBC could be put under the country’s “unreliable entity” list â€” aimed at foreign companies that jeopardize national sovereignty, security, and developmental interests.

The reason behind its inclusion into the list involves HSBC’s collaboration with the US to frame Chinese technology conglomerate Huawei, Global Times said. HSBC has denied that it had any part to play in the US Department of Justice’s investigation of the Chinese tech giant.

However, Ping An’s share purchases were most likely linked to financial rather than political considerations, an HSBC insider told the Financial Times.

“Ping An needs cash flow to meet its customer commitments. If you believe the HSBC dividend will be resumed next year then the shares look attractive at these levels,” a person familiar with the matter told the FT.

HSBC declined to comment on the stake increase in an email to Business Insider.


UBS: Buy these 23 stocks across major themes that are poised to outperform amid uncertainty and conflicting signals in the market