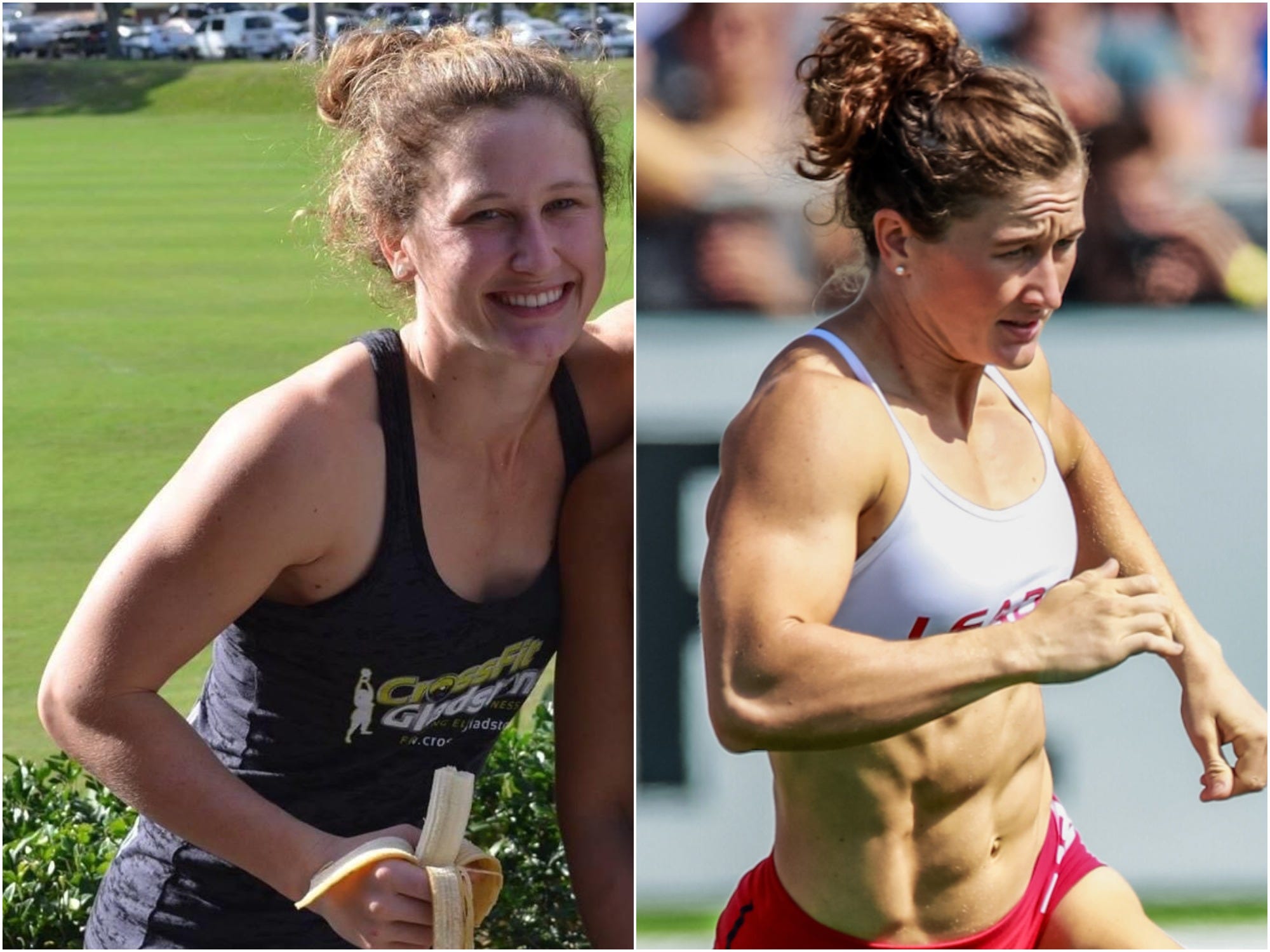 Tia-Clair Toomey may be the fittest woman in the world, but that doesn’t mean she hasn’t struggled with body confidence like the rest of us.

Having won the CrossFit Games for the past three years, 26-year-old Toomey can perform physical feats that most of us can only dream of.

The Australian athlete has been dedicated to her training for years to get to where she is, as she explained to Insider. But at the start, she found it really difficult to accept the fact that her muscles were growing and her body was deviating from the “slim but with curves in the ‘right’ places” Victoria’s Secret-style physique that women are conditioned to strive for in western society. Duke LorenToomey found it hard to accept her body changing at first.

Now, however, Toomey embraces her physique and hopes to inspire other women to celebrate their bodies and welcome those gains.

Before she started lifting, Toomey’s arms ‘were little twigs’

When Toomey first got into CrossFit at the age of 19, she’d never really done any strength work, and was mainly running.

“My arms were little twigs!” she told Insider. “I never used my arms. I was always using my legs because I was just doing track.”

So although Toomey had “a little bit of definition” in her legs, they looked nothing like they do now, and her upper body was “a lot thinner.”

She quickly got hooked on CrossFit.

“I wasn’t focusing on developing muscle, but I got hooked on trying to lift more,” she said. “I just wanted to nail those weights, and once I hit each one, I wanted to do more.

“I was just setting these goals for myself and before I knew it, I was getting a little heavier because, well, I was trying to push my body so much that I was eating more.”

The more seriously Toomey took her sport, the more she realised she needed to fuel her body with the right foods in the right quantities to make progress.

Toomey struggled to accept her body changing as she got stronger

As Toomey embraced learning new movements and wanted to challenge herself more in the gym, around a year after starting CrossFit, she realised the number on the scale would have to go up.

“If I was feeding my body more and eating the right nutrients, I was definitely going to increase my body weight,” she said.

But this was easier said than done.

“I had a lot of trouble embracing my body when I first started developing muscle,” she said.

Toomey had set herself ambitious goals that would require her to improve her strength and take her training up a notch, but the physique changes that would come alongside this step-up were hard to accept. 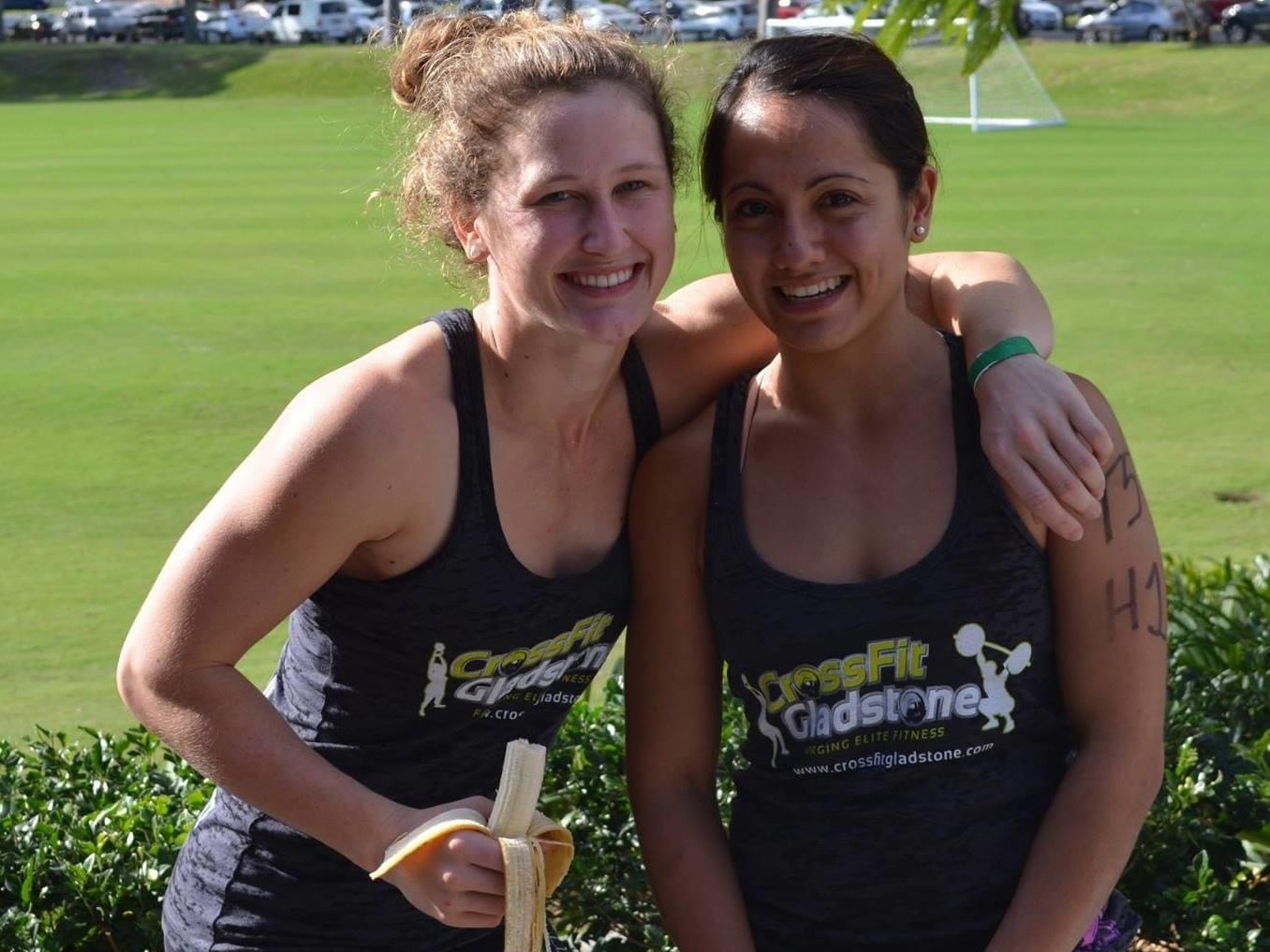 There were occasions where Toomey would break down crying because the clothes she wanted to wear to go out for dinner were a lot tighter after putting on around 5kg (11lbs) of muscle.

“I didn’t look like I’d gotten any bigger, but I’d definitely toned up a lot more,” said Toomey. “My traps and my shoulders were looking a lot bigger.”

She remembers going shopping and crying in front of the mirror because the clothes she used to love wearing didn’t look the same.

One day, Toomey broke down in front of her then-boyfriend and now husband and coach Shane Orr, but he helped her put things in perspective.

Toomey recalled: “He said to me, ‘I’ve watched you over the last year coming home excited about what you’ve accomplished in the gym and you’ve put in so much hard work. Why are you getting down on yourself when these are just extra benefits? You were a lot skinnier a year ago.'”

The young Toomey told him that she was used to being in a smaller body, and she didn’t want to look like a man.

“And he goes, ‘I can guarantee that you do not look like a man. I think that you look beautiful,'” she said.

Focusing on her achievements and goals helped Toomey embrace her body

Despite Orr’s reassurance, it still took Toomey some time to come to terms with her body changing.

“I just wasn’t feeling it because I wasn’t used to it,” she said.

It wasn’t until Toomey decided she wanted to qualify for the regional competition to then go on to the CrossFit Games that her priorities shifted.

“In order to do that, I needed to make sure that I had the strength, and with that strength came embracing the muscles I was developing,” Toomey said.

“I started becoming a lot more confident in my body, started accepting it for what it was, and started appreciating the hard work behind my definition.

“In order to achieve my goals, I needed to stop bringing myself down mentally on the way I looked and focus on the way I was performing.” 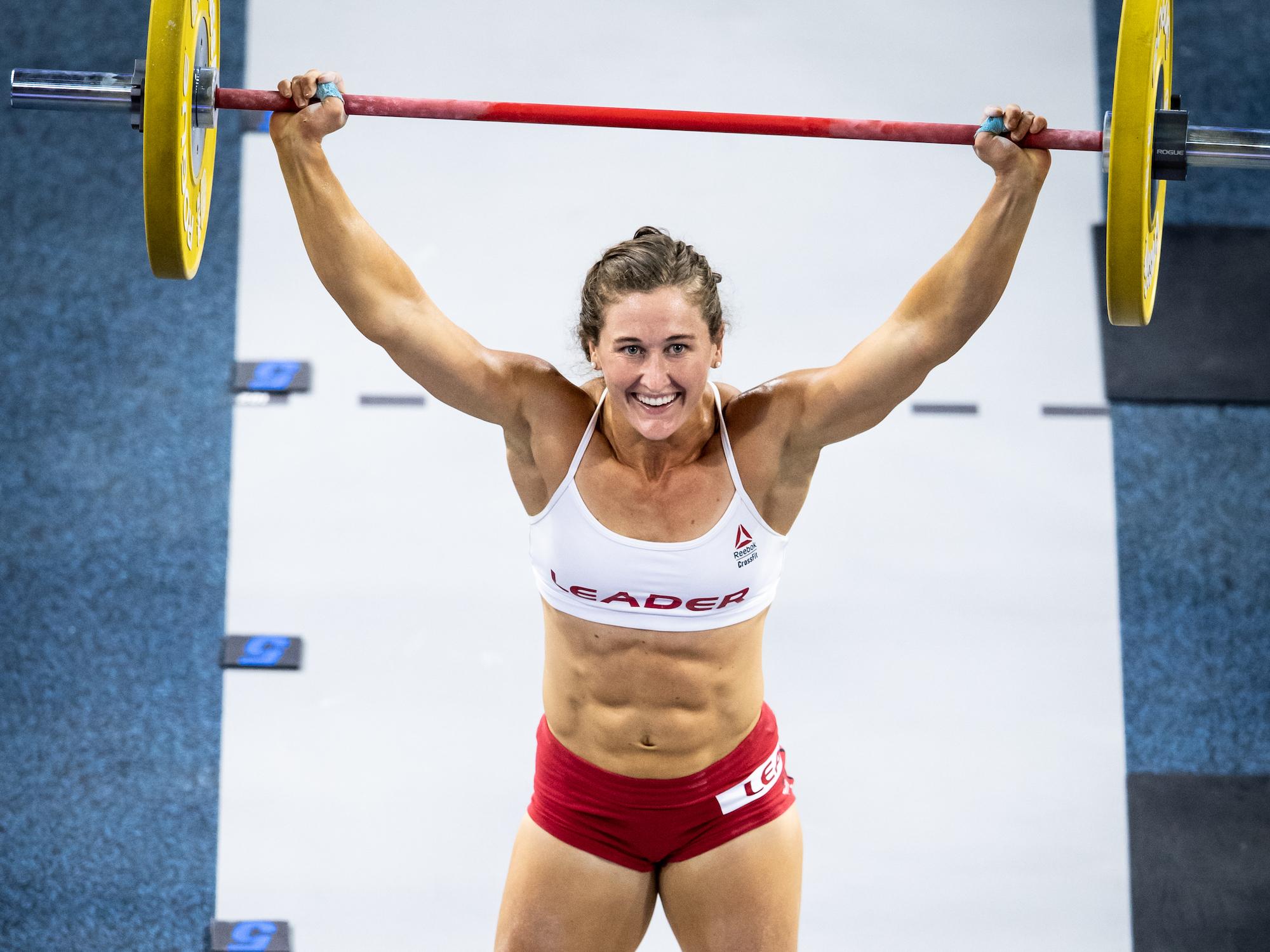 Michael ValentinTia-Clair Toomey has won the CrossFit Games for the past three years.

Before she changed her internal dialogue, Toomey used to notice people staring at her body in shops and fear they thought she was too muscular, too bulky, and unattractive.

“But once I started accepting my body for the way it was and appreciating all the hard work I was putting into it, I started realising that they weren’t thinking that at all, it was me who was thinking it, and they were actually appreciating my body.

“I started realising that these people were actually looking at me impressed and thinking, ‘Wow, girl, you look good. Great job, you must work out a lot.'”

Once she’d shifted her own outlook, Toomey began to hold herself differently, with pride in her physique, and that changed the way people saw her too.

“That started making me really appreciate what I was doing in the gym even more. And then not only was I enjoying the process of all the hard work behind accomplishing my goals, but I was also enjoying the other perks of people looking at me and thinking, ‘Damn, she’s worked hard, she should be proud of her body because what’s behind all that muscle is just pure dedication.'”

But looking back now, Toomey realises the first step had to come from her.

While Toomey’s body has undeniably changed, it didn’t happen overnight and without a lot of dedication to building strength.

“People think that by doing CrossFit they’re going to increase muscle but that’s not the case at all,” she said. “It depends on how you attack your strength workouts – Are you eating the right foods to help with bulking? Are you overeating or undereating? All these things play a role in developing muscle. 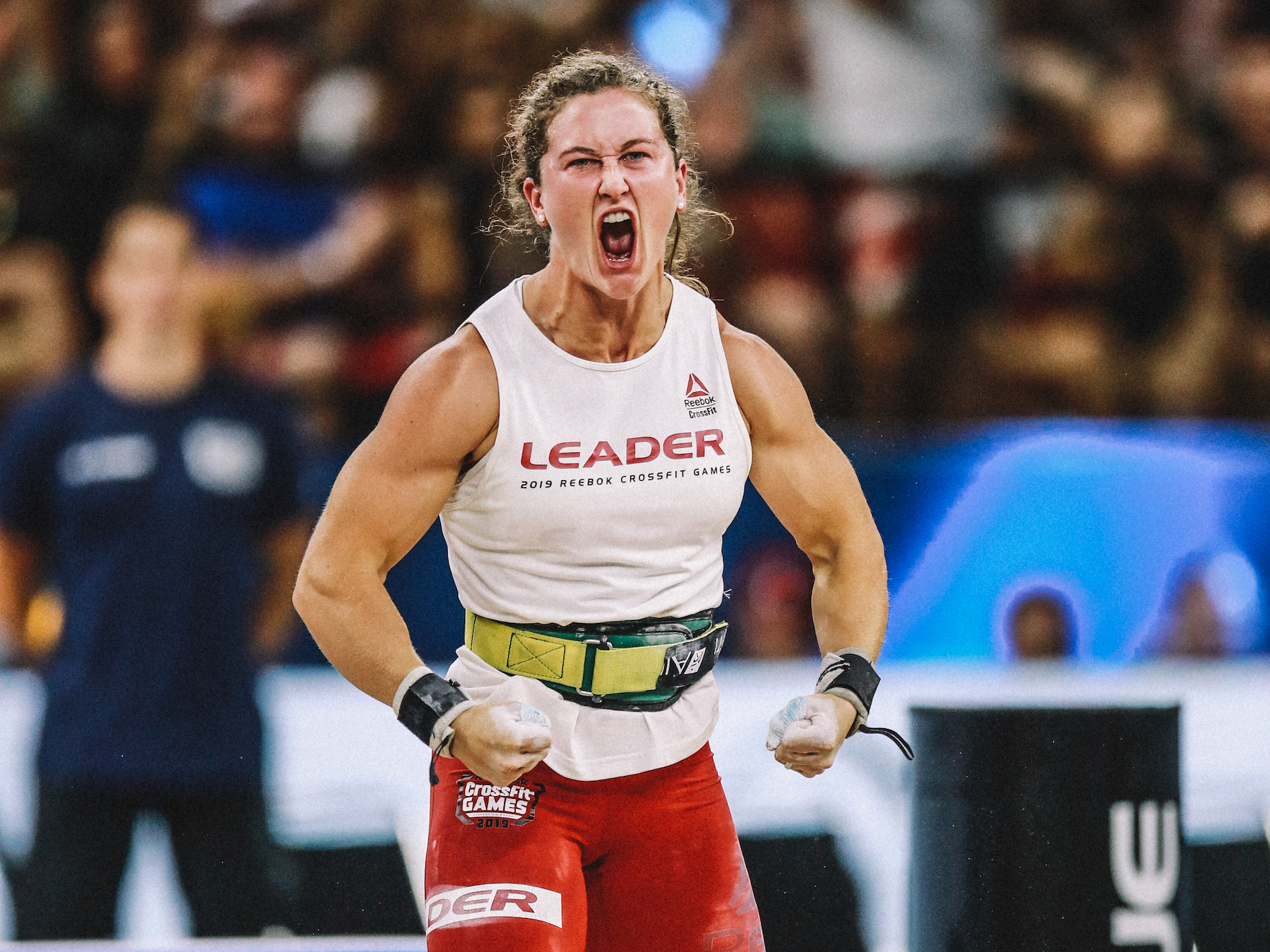 If you’re wondering what Toomey means by a lot of work, when she’s training for the CrossFit Games, she works out for around 10 hours a day. And even when she’s not in prep mode, she considers “a nice, comfortable day” to be 5-6 hours training.

“What people don’t understand is that you’re not going to just go into the gym a few times a week and then immediately develop muscle and get heavier,” she said. “You really have to make sure that everything aligns.”

By that, Toomey means ensuring you’re applying progressive overload, going through strength cycles, and eating in a caloric surplus. In fact, it’s all the time out of the gym where the real muscle-building occurs, she said.

Toomey appreciates the journey she’s been on

Toomey has come a long way and grown a lot when it comes to body confidence, and said she “really appreciates the whole process” that she’s been through, and now feels passionate about helping others on the same journey.

“I can completely understand what people go through when they are starting to develop a little bit more muscle than what they’re used to,” she said.

“But it definitely takes a lot of hard work to do that. It doesn’t just happen overnight and people need to realise that it’s a long process to get to where I am today. Not just in terms of my accolades, but in terms of what my body looks like.

“I am so proud of the way my body looks and I could not care less if someone doesn’t agree with me, because I know what’s been done in order to get to where I am.” 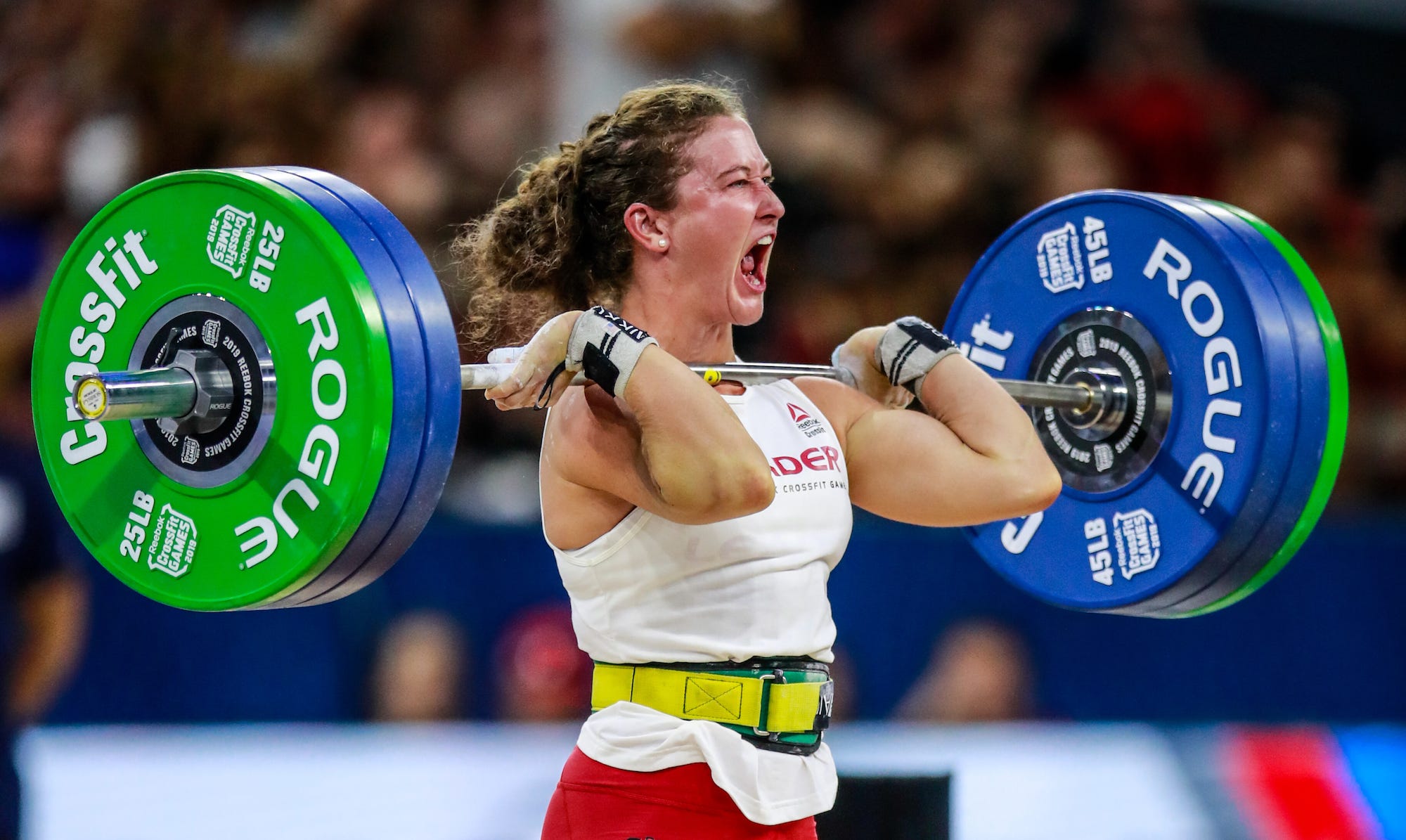 Toomey now wants to inspire other young women to achieve their goals – and as a young woman (well, older than Toomey but still young-ish) working hard to get stronger and build muscle, I can safely say that she’s succeeding.

“Go after what you really, truly want and believe in, because you’re going to be so much happier inside and out if you do,” she said.

Tia-Clair Toomey stars in ‘The Fittest,’ the new documentary from The Buttery Bros available to download globally on iTunes and Amazon.