WeWork cofounder Adam Neumann is selling off more real estate after losing his billionaire status. Here's how the ousted CEO has spent his fortune, which once amounted to as much as $14 billion. WeWork cofounder Adam Neumann is selling his home in the San Francisco Bay Area that features a guitar-shaped room for $US27.5 million, Bloomberg’s Gillian Tan reported.

Neumann and his wife, Rebekah, have been trying to offload much of their real estate portfolio in recent months after temporarily moving to Israel to escape media scrutiny. In February, the Neumanns put multiple units in their New York City townhouse on the market for a combined $US37.5 million. And in March, they sold their house in the Hamptons for $US1.25 million after owning it for seven years, Mansion Global reported.

Neumann lost his billionaire status in April after SoftBank, once the coworking company’s biggest investor, decided to pull out of an October bailout deal.

The former WeWork CEO, who was once worth as much as $US14 billion, has seen his fortune dwindle after the failed IPO of his coworking startup, WeWork, and his resignation from the company. Now, Bloomberg estimates his net worth at $US450 million. Forbes pegs it a bit higher, at $US750 million.

WeWork, the coworking startup the couple started with Miguel McKelvey in 2010, is under new leadership and has indefinitely delayed going public.

Over the years, Neumann has spent millions on real estate and investing in startups. Here’s how the former CEO has spent his fortune. 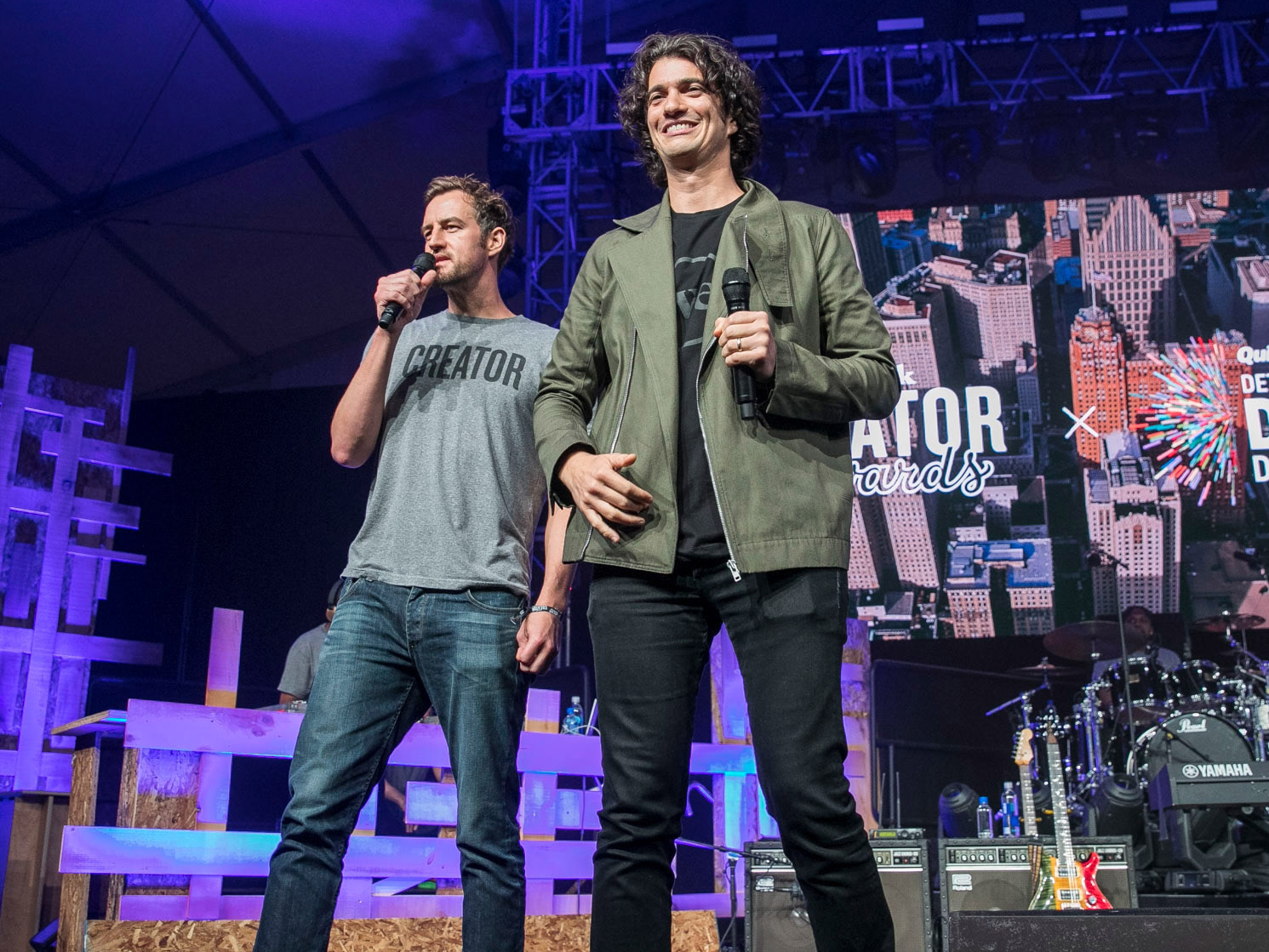 The ousted CEO was worth as much as $US14 billion before WeWork’s botched IPO, according to Bloomberg.

Now, Bloomberg estimates his net worth at $US450 million. Forbes pegs it a bit higher, at $US750 million.

A spokesperson for Neumann declined to comment on the former CEO’s net worth.

In the past decade, Neumann became a millionaire and then a billionaire — and then he lost most of his fortune. 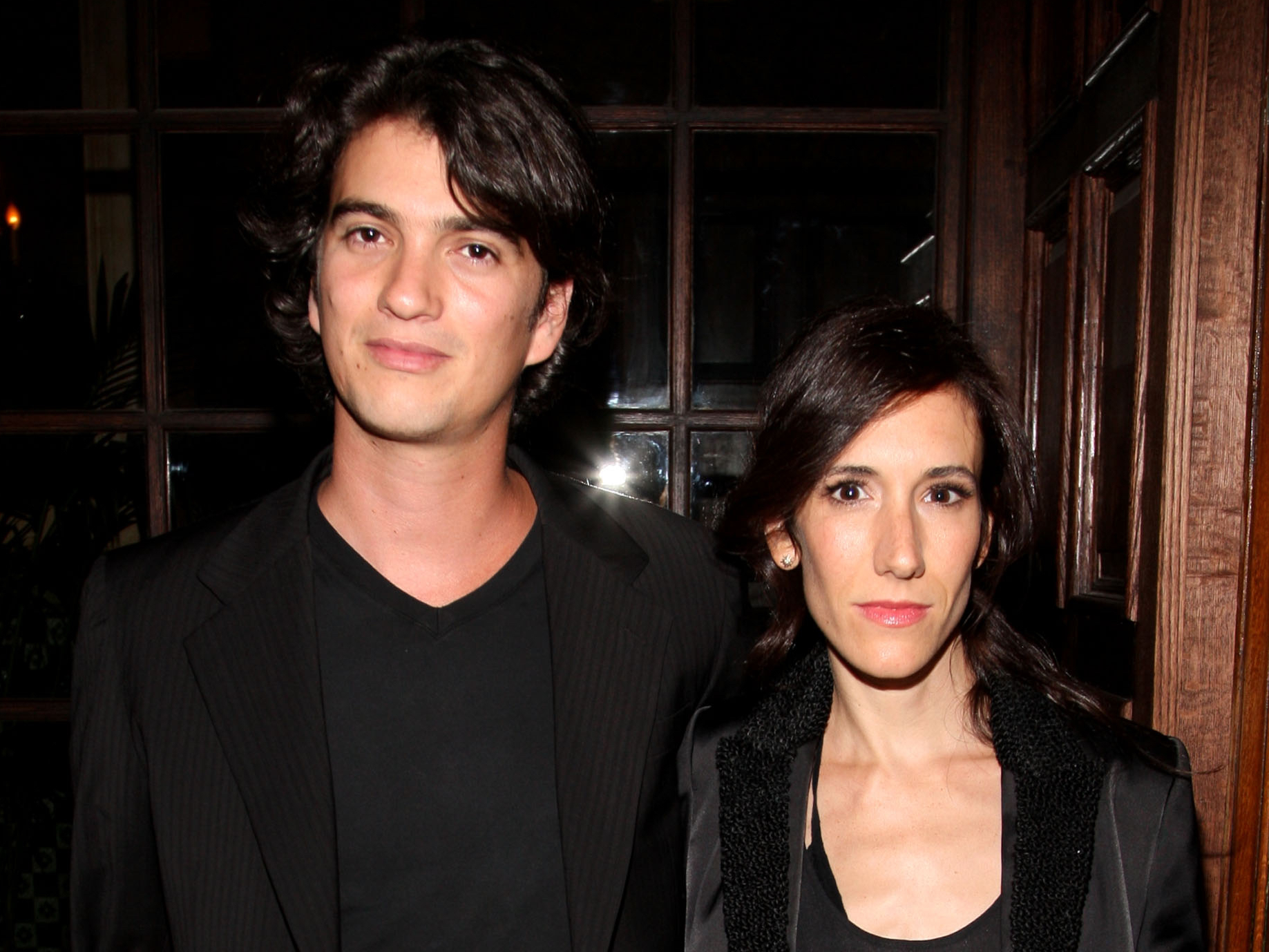 One of the first businesses Neumann started was Krawlers, which sold baby clothes with knee pads.

“At the time, I was misguided and putting my energy into all the wrong places,” Neumann told Business Insider in 2016.

After Neumann met his wife Rebekah, they lived in an East Village studio, an “apartment smaller than this office,” Neumann told Business Insider.

Neumann would go on to set his sights on bigger and better real estate once WeWork became successful.

Neumann founded his coworking space company WeWork in 2010 with his wife, Rebekah, and Miguel McKelvey. 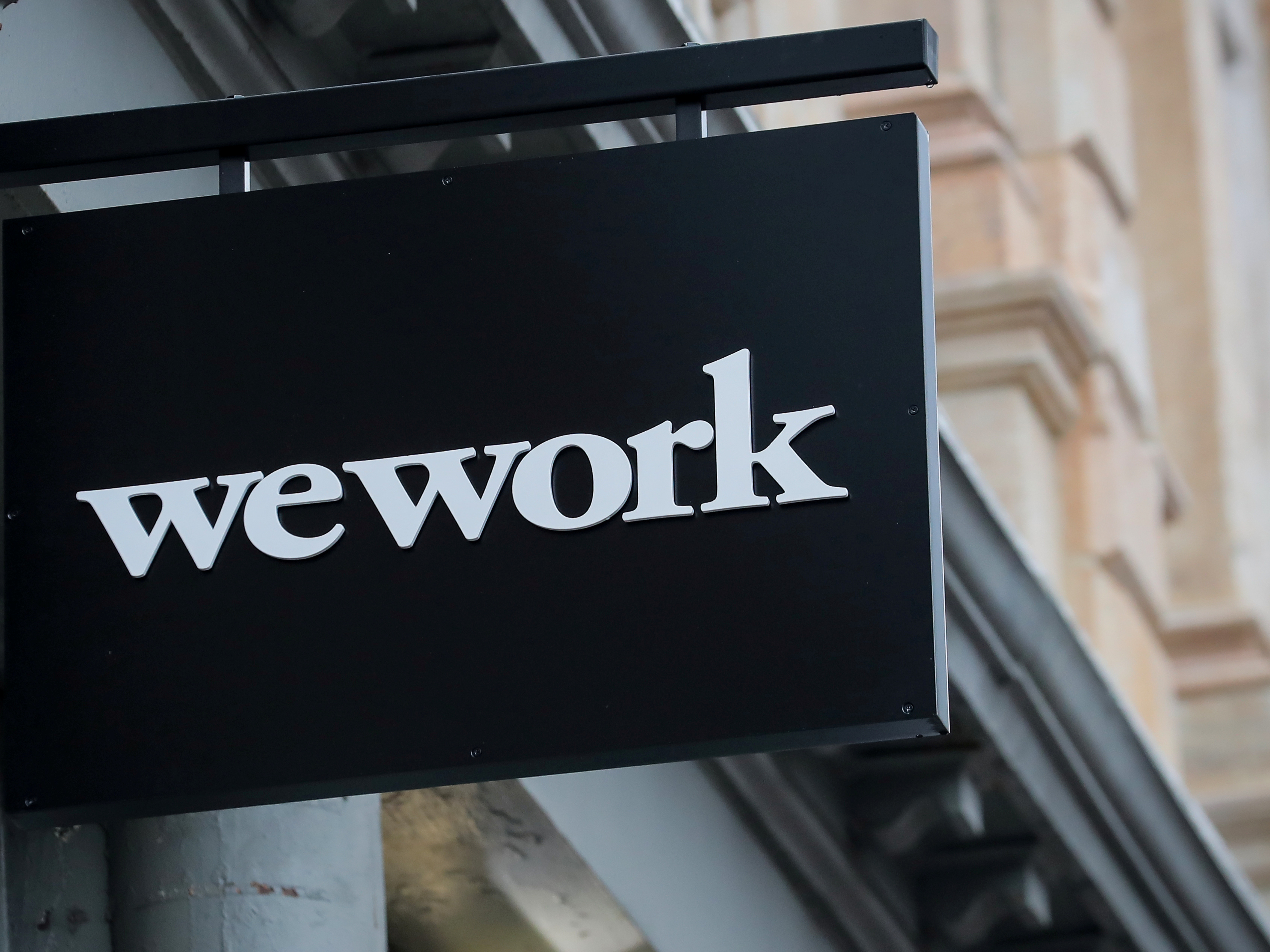 Nine years later, WeWork grew to a $US47 billion valuation. The company is under the We Company umbrella, which also includes a co-living venture, WeLive, and the “conscious entrepreneurial school” WeGrow, which the company now plans to shutter by the end of the current academic year.

After the company filed to go public in 2019, WeWork faced intense scrutiny by investors and the media. There were concerns about WeWork’s path to profitability and the behaviour of its leader, Neumann.

Since founding WeWork, Neumann and his wife have spent more than $US80 million on at least five homes. 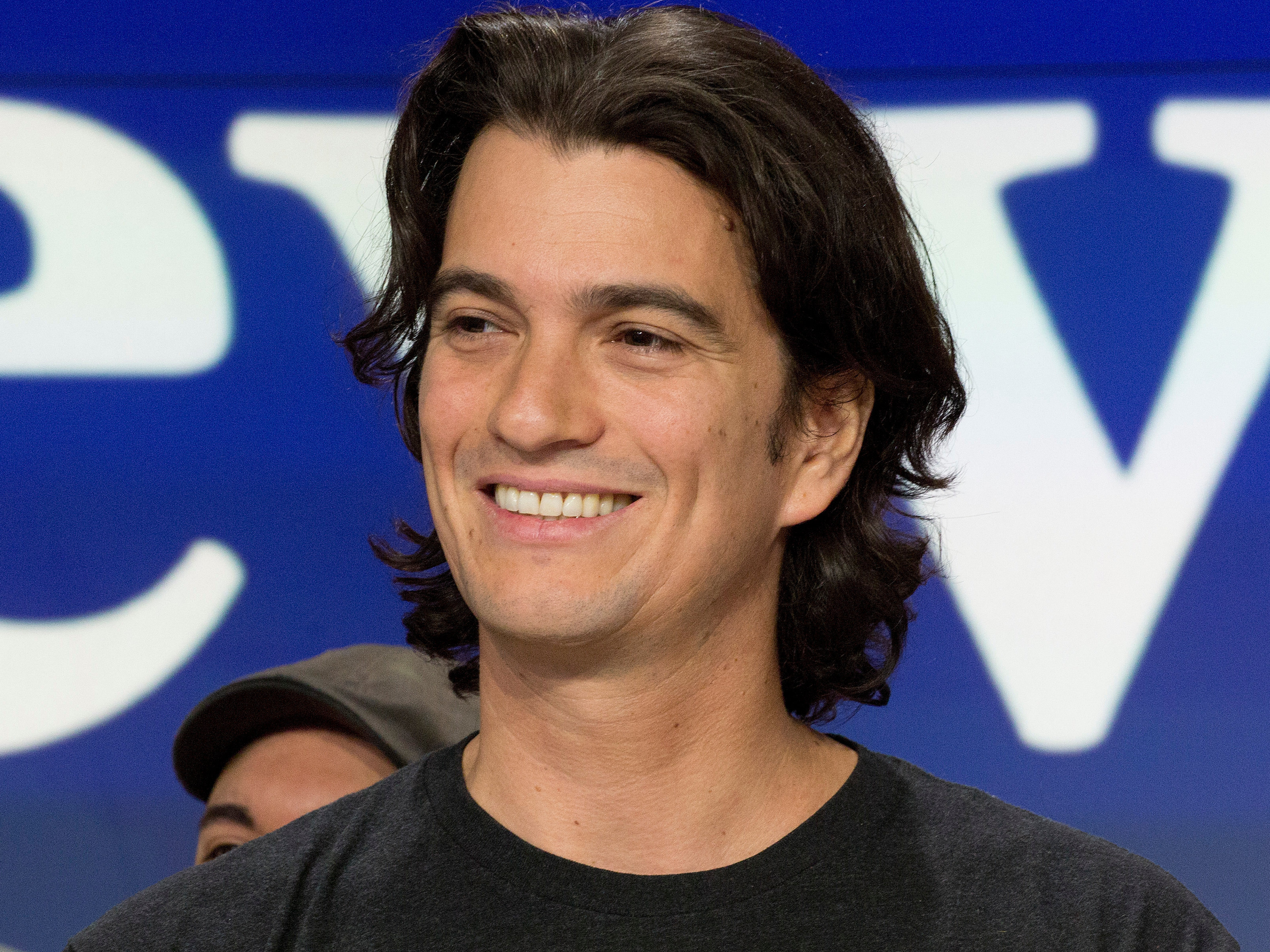 Their purchases have included multiple homes in the New York City area, one in the Hamptons, and a $US21 million house in the San Francisco Bay Area that features a guitar-shaped room, according to The Wall Street Journal.

Neumann and his wife bought a house in the Hamptons in 2012 for $US1.7 million. 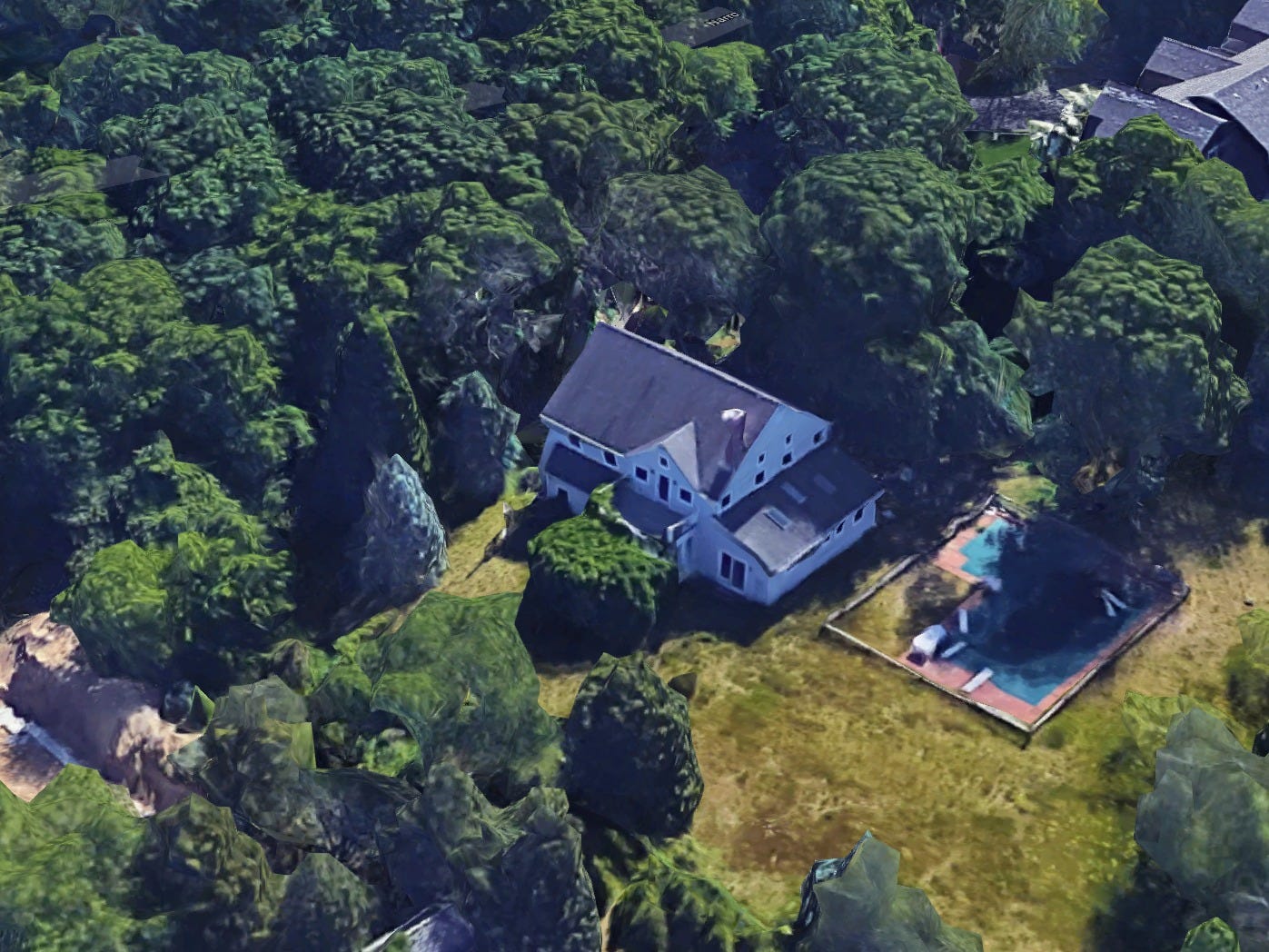 In February 2020, Neumann sold the Water Mill farmhouse for $US1.25 million – less than what he paid for it – to a limited liability company, Mansion Global reported. The sale was an off-market transaction, meaning the home was never publicly listed.

In 2016, Neumann purchased a farm estate in Westchester, New York, that included a horse stable, a tennis court, and a pool. 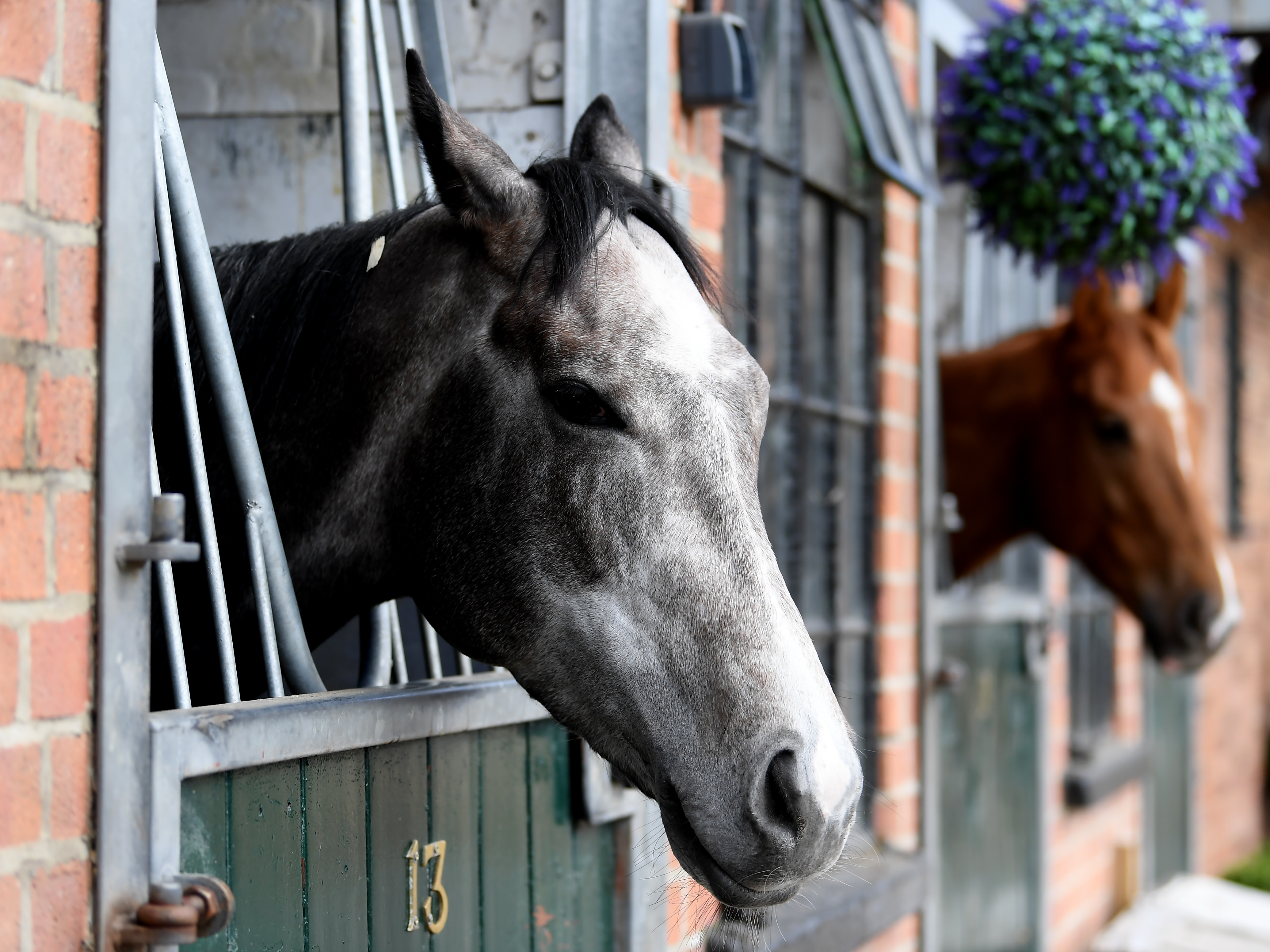 At the time of purchase, the property included a more than 13,700-square-foot, eight-bedroom, eight-bathroom house; a horse stable and ring for riding; a tennis court; a waterfall and pool; and nearly 4,500 acres of preserved land nearby. The estate was listed for $US22 million.

In New York City, Neumann owns a Greenwich Village townhouse that he bought for $US10.5 million in 2014. 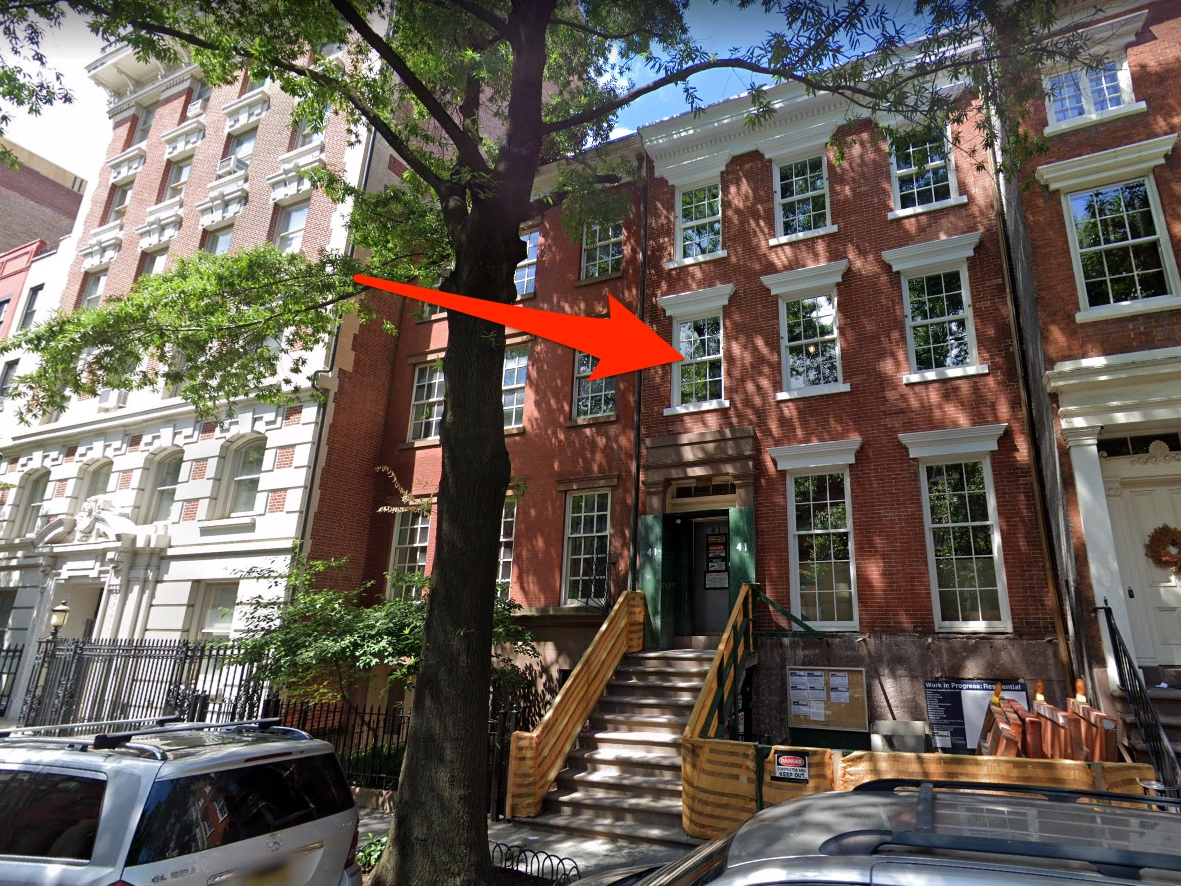 The six-bedroom townhouse was built in 1847 and comes with wood-burning fireplaces and a private back garden.

He also owns a townhouse in Manhattan’s exclusive Gramercy Park neighbourhood. As of February, he is selling multiple units in the home. 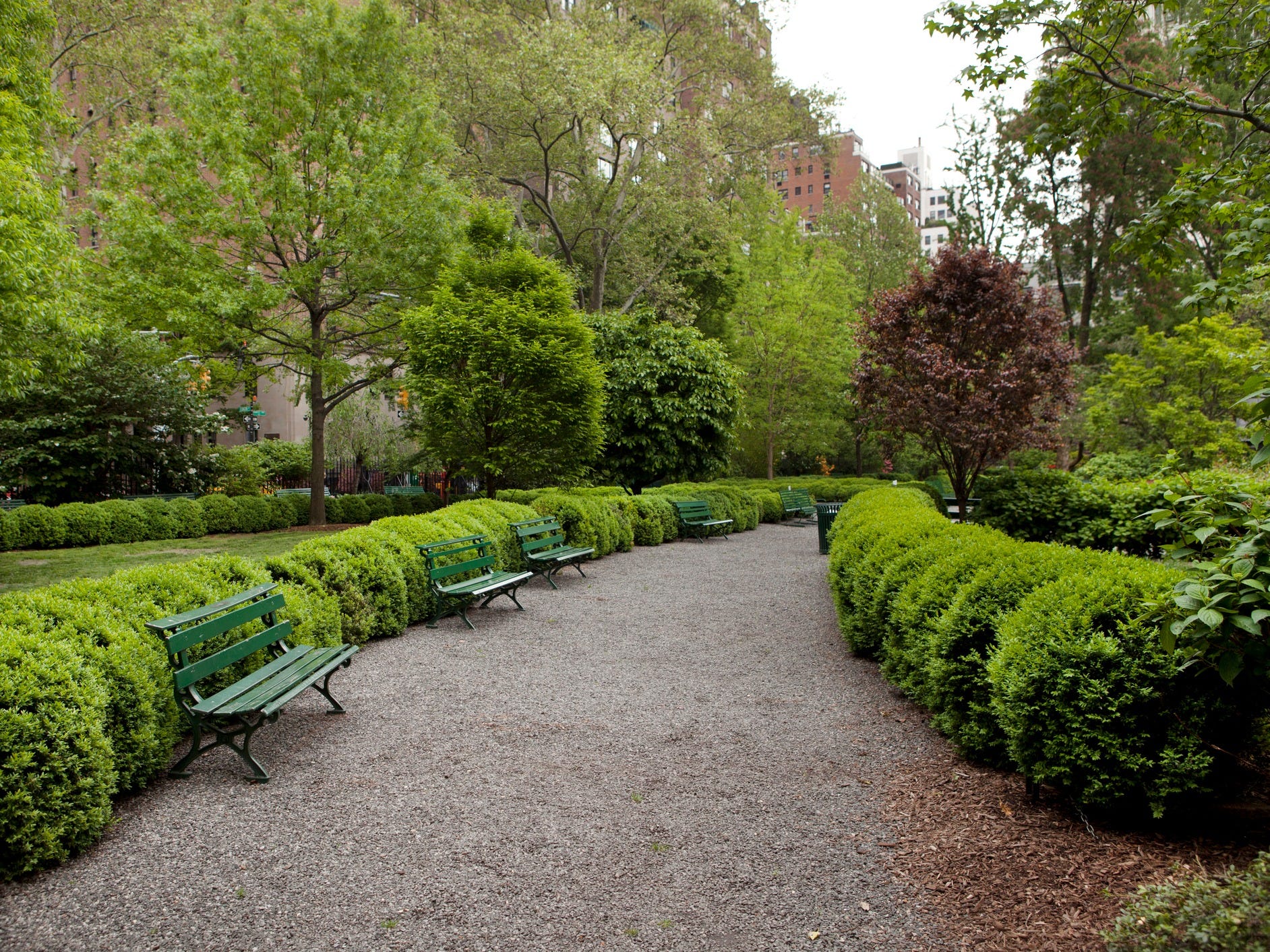 Neumann bought four units in a Gramercy Park townhouse for a total of $US34.7 million back in 2017, per The Real Deal. His purchases included two first-floor units for $US7.2 million, a fifth-floor unit for $US9.5 million, and a duplex penthouse for $US18 million.

As of February, he’s selling two of the townhouse’s units – a three-floor penthouse suite and a duplex apartment on the first floor – for a combined $US37.5 million.

Neumann is also selling a 13,000-square-foot home home in the San Francisco Bay Area for $US27.5 million, Bloomberg reported on July 20. 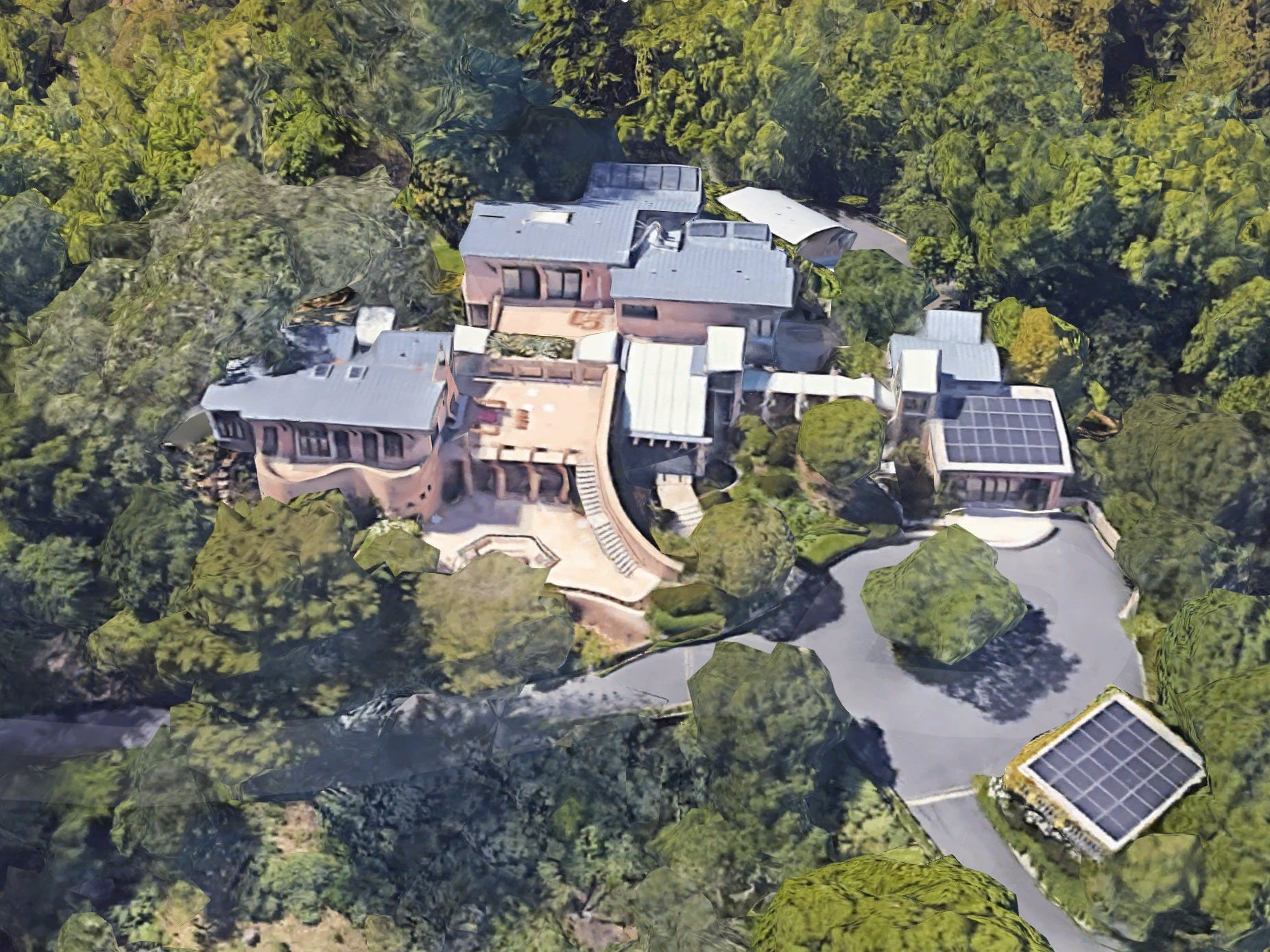 As Gillian Tan reported for Bloomberg, Neumann bought the home in 2018 for $US21.4 million.

The 11-acre property in Corte Madera, California, has seven bedrooms, a pool and water slide, a spa, a home theatre, a racquetball court, and organic gardens, per an old Zillow listing. One of the rooms is shaped like a guitar, earning the house the nickname the “Guitar House.”

A spokesperson for Neumann confirmed to Business Insider that Neumann is selling the home and asking $US27.5 million.

Beyond real estate, Neumann has long been investing in other startups. 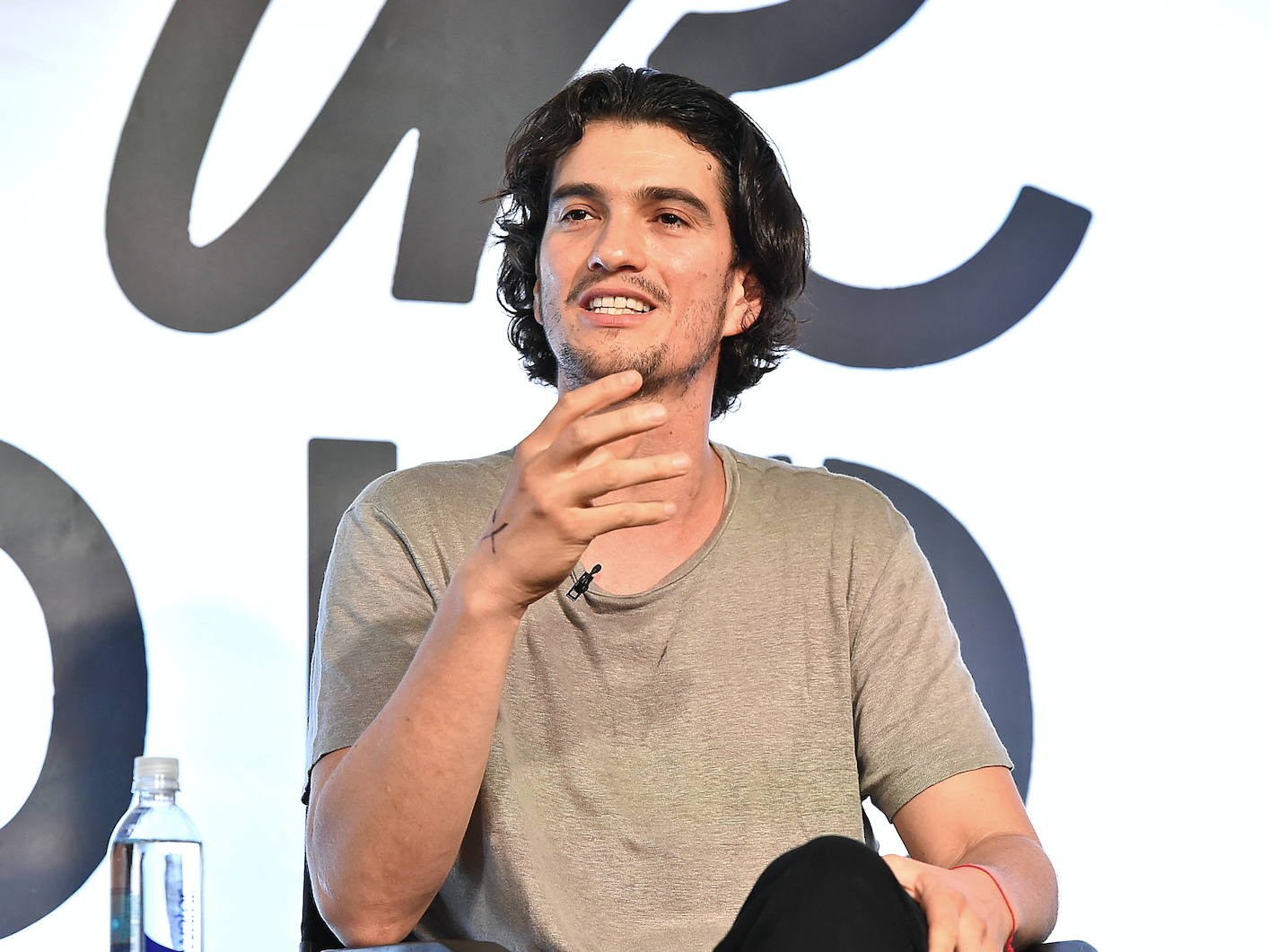 He’s invested in seven startups since 2013, according to Crunchbase. They are: Pins, Feature.fm, Tunity, Selina, EquityBee, InterCure, and Hometalk.

One source told the Wall Street Journal that Neumann has spent more than $US100 million on charitable donations. After Neumann was pushed out of WeWork, the company’s biggest investor, SoftBank, had planned to purchase $US3 billion worth of WeWork shares from other investors and employees as part of a plan to rescue the coworking company. 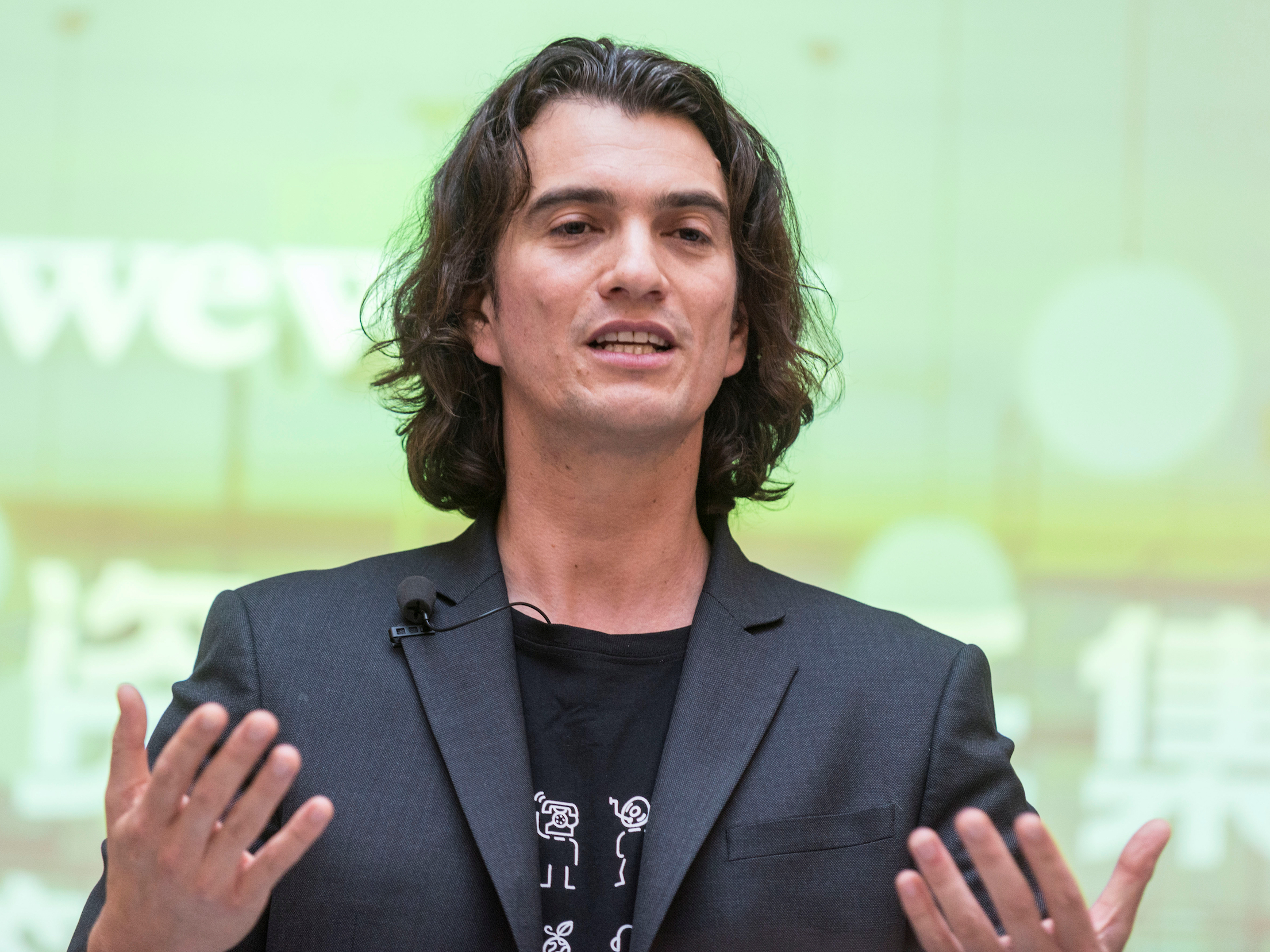 $US970 million of that was to go toward buying back shares from Neumann, but Softbank’s withdrawal from the deal has left the former CEO with a larger portion of WeWork shares that are probably worth much less than SoftBank has planned to offer, according to Bloomberg.

Business Insider’s Dana Schuster reported in February that Neumann and his wife have temporarily moved to Israel, where Neumann was born, to avoid media attention.