The Delta variant has thrown a wrench in the US’s pandemic exit plan. Delta now accounts for more than 90% of cases in the US after spurring a dramatic surge in infections and hospitalizations over the last two months. A growing number of breakthrough cases has led to questions about how well COVID-19 vaccines hold up against the variant.

Some research shows that the Delta variant can partially evade vaccine-induced antibodies, which means vaccinated people have lower levels of antibodies that can protect against Delta compared to other variants.

So Insider reviewed more than a dozen studies and releases from vaccine makers, public-health organizations, and researchers across several countries to parse out how well the vaccines from Pfizer, Moderna, Johnson & Johnson, and AstraZeneca work against Delta.

The results are promising. While vaccine effectiveness against infection is declining over time, protection against severe disease, hospitalization, and death remains high.

“We have been fortunate to have safe and effective vaccines that offer outstanding protection against the worst outcomes of this virus – severe disease, hospitalization, and death,” Vivek Murthy, the US Surgeon General, said in a White House briefing on Wednesday.

The chart below summarizes what we know so far.

Our understanding of how well shots stack up against Delta is changing with time, which is why the chart above lists large ranges for some types of protection. Research completed in the spring suggested a higher level of vaccine protection against Delta than the data from the last few months.

More comprehensive data is available for Pfizer and AstraZeneca, because public-health agencies in Israel and the UK - where these shots dominate - are constantly surveilling clinical outcomes among their populations.

A May analysis from Public Health England found that Pfizer's and AstraZeneca's vaccines were 88% and 60% effective in preventing symptomatic COVID-19, respectively. However, a study from Israel using data collected in June and July found that two Pfizer doses were only 64% effective at preventing infection and symptomatic illness.

Both of these studies, though, found that the vaccines were more than 90% effective in preventing hospitalization. And the Israeli data found Pfizer's shot to be 93% effective against severe disease.

The vaccines from Moderna and Johnson & Johnson showed similarly strong performance against the worst outcomes associated with Delta, though the shots are less studied thus far.

One Canadian study, which has not been peer-reviewed, suggested Moderna's vaccine is 72% effective against a symptomatic Delta infection after just one dose. Johnson & Johnson's shot, meanwhile, is 71% effective against hospitalization from Delta, and up to 95% effective in preventing death, Yale Medicine reported.

Vaccine effectiveness is waning over time, which is why the US plans to roll out boosters

The Delta variant isn't the only reason vaccine protection seems a little weaker than it was a few months ago, though.

CDC director Rochelle Walensky said on Wednesday that rising rates of breakthrough cases are " likely due to both waning immunity and the strength of the widespread Delta variant."

Think of it as a one-two punch.

Indeed, researchers have found that protection against a mild or moderate coronavirus infection decreases over time. For example, data from the Israeli Health Ministry showed that Pfizer's vaccine was 75% effective against infection in people who'd gotten their shots in April, whereas that protection dropped to 16% in those who got the vaccine in January.

A University of Oxford study published Thursday looked at people who had breakthrough infections with high viral loads - meaning more virus in their test samples, a metric linked to higher infectiousness. The results showed Pfizer's shot was 92% effective in preventing infection with a high viral load two weeks after the second dose, but 78% at the three-month mark. AstraZeneca's effectiveness fell from 69% to 61% during the same time frame.

Such findings, coupled with recent data from Pfizer suggesting a third dose of its COVID-19 vaccine boosts protection against the Delta variant, informed the Biden administration's decision to recommend booster shots after eight months. The Pfizer data showed that a third shot produced five to eight times more antibodies against the Delta variant.

If the Food and Drug Administration authorizes booster shots in the coming weeks, the US booster campaign will begin September 20 for people who received Moderna or Pfizer vaccines. People who got the J&J shot will probably need boosters too, but officials are still evaluating data for that vaccine. 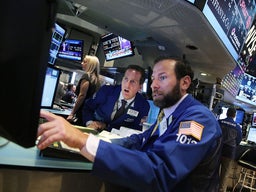