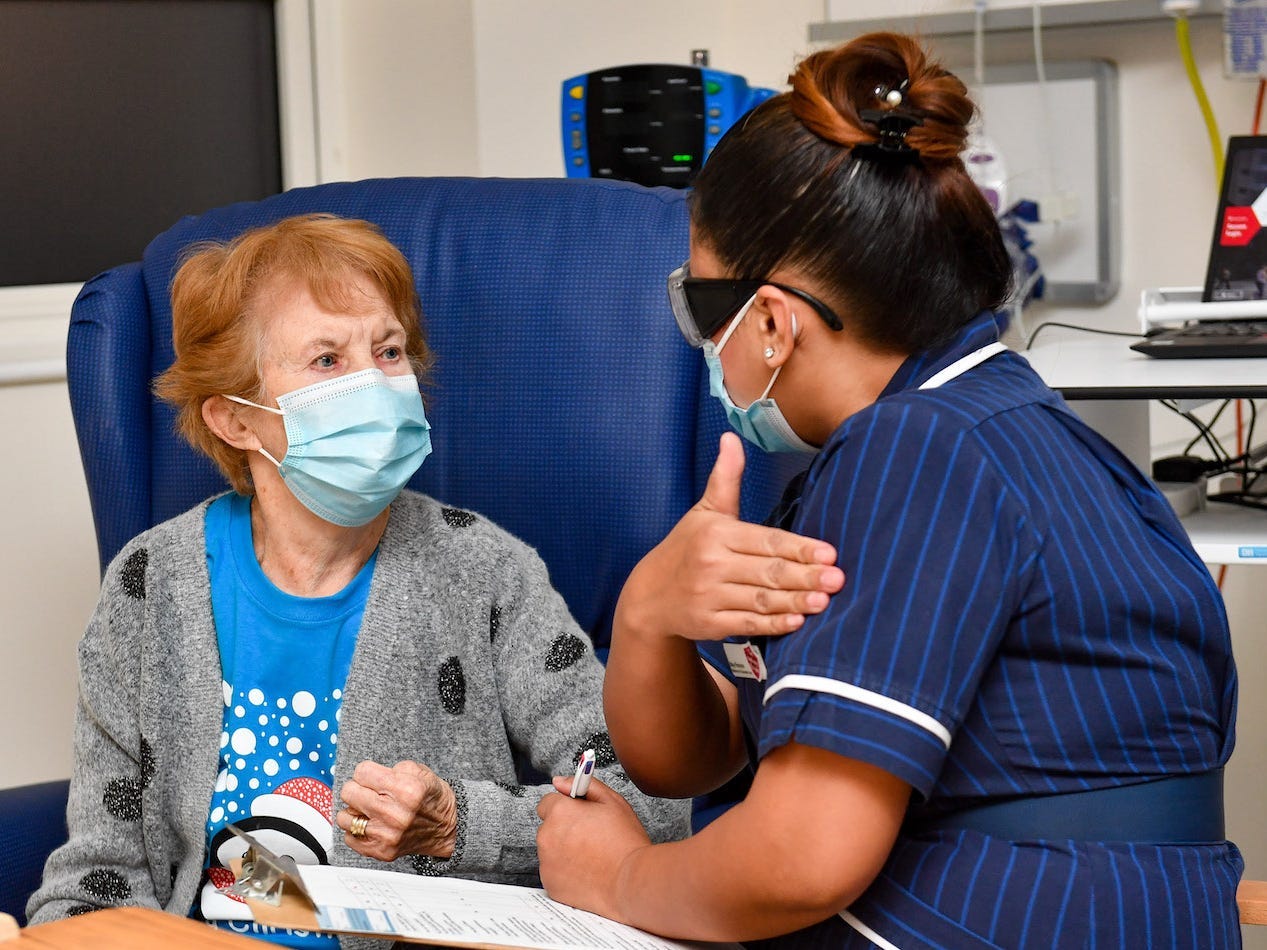 ACOB KING/POOL/AFP via Getty ImagesMargaret Keenan on Tuesday became the first person to receive Pfizer’s coronavirus vaccine outside of a trial.

The US Food and Drug Administration released safety and efficacy data on Pfizer’s novel coronavirus vaccine on Tuesday â€” and it’s looking good.

In a 53-page briefing document posted on its website, the FDA said data indicated that Pfizer’s mRNA vaccination course worked well in thousands of people of various ages, races, and sexes who tested it in six countries.

One chart in the briefing materials documented how many people during the study got COVID-19, the disease caused by the novel coronavirus. Comparing those who got the Pfizer vaccine with those in the control group shows just how well the two-shot vaccine course worked to prevent infections.

The red line in the chart represents how many of the roughly 21,000 participants in the control group â€” those who (unknowingly) received a bogus (placebo) shot â€” got sick. The blue line shows the COVID-19 infection rate among the roughly 21,000 people who received the real Pfizer shot. 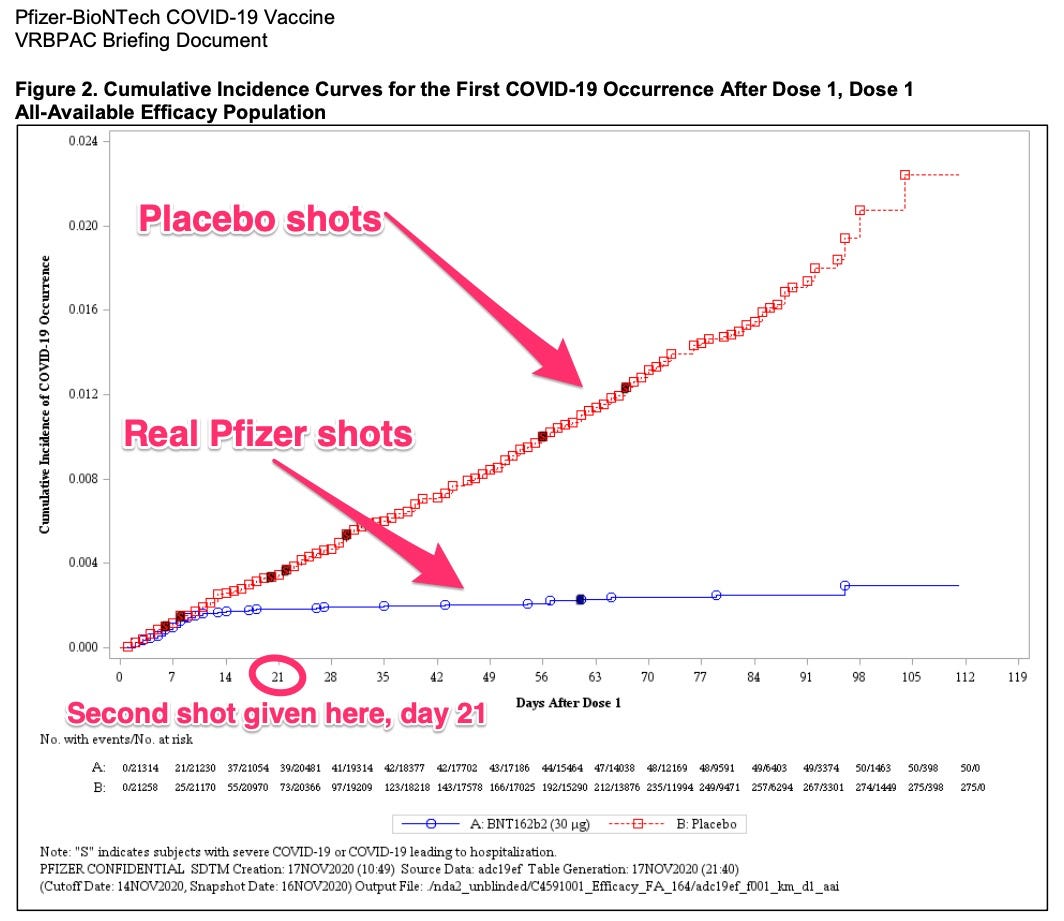 FDA / Pfizer-BioNTech COVID-19 Vaccine VRBPAC Briefing DocumentCOVID-19 infections in the placebo group increased during the trial, while people who got the vaccine were generally well protected from infection.

The chart suggests people who got the real Pfizer vaccine started to gain protection from infection 14 days after their first shot.

Then, 21 days in, they got their second (and final) shot. After that, they were well protected from infection for at least two more months.

It’s possible the vaccine’s protection lasts much longer than that â€” it’s just too soon to know for sure.

Reports of side effects were more common in younger study participants (under 55 years old), and typically lasted just a day or two, generally appearing within a couple of days of vaccination. 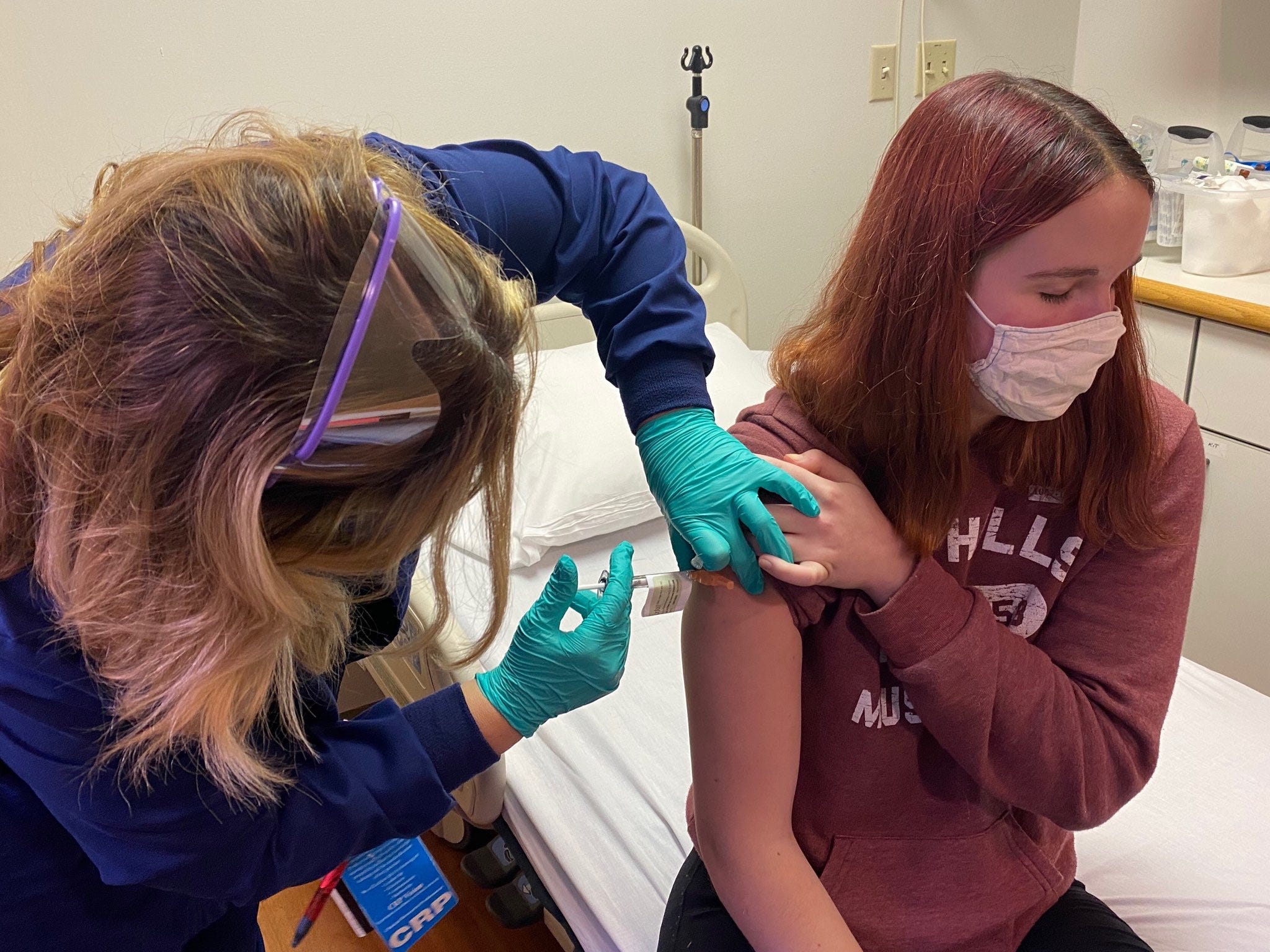 It takes some time for shots to take effect in the body, providing robust and full protection against the virus. Several became sick with COVID-19 after getting the first Pfizer shot but before receiving their second shot.

But starting one week after the second shot, the vaccine was much more effective at preventing infections. The 2-shot course had a vaccine efficacy of 95%.

“This is super exciting,” Deborah Fuller, a vaccine expert from the University of Washington who was not associated with the Pfizer trial or the FDA’s review of it, told Business Insider. “To be already out the door right away with 90-something per cent, that’s as good as any vaccine out there that we can get.”

Only eight people got COVID-19 after receiving both doses of the Pfizer vaccine and waiting a full week for the vaccination to take effect (roughly 28 days from the start of the trial). Only one person among those eight suffered a severe case of the disease; they were not hospitalized.

Meanwhile, in the control group with no protection, cases climbed. After day 28, the group recorded more than 160 infections, with three severe cases, including two hospital admissions (one in the intensive-care unit).

The FDA is scheduled to hold an advisory committee meeting on Thursday to help decide whether the agency will approve â€” or reject â€” what would be America’s first emergency-authorised COVID-19 vaccine. Pfizer’s vaccine has already been approved for use in the UK and Bahrain.