Back in 1951, a 20-year-old Warren Buffett was well on his way to fulfilling his goal of becoming a millionaire by age 35.

But a monster would need to be defeated in Buffett’s quest for extreme wealth.

If he was going to fulfil his destiny of becoming the Oracle of Omaha, he’d need to give a speech or two.

“I was so terrified that I just couldn’t [speak in public],” he told his biographer Alice Schroeder in “The Snowball: Warren Buffett and the Business of Life.”

“I would throw up,” he said. “In fact, I arranged my life so that I never had to get up in front of anybody.”

Then, after moving back to Omaha after grad school, he saw an ad in the paper for a Dale Carnegie speaking course. Buffett trusted Carnegie, whose book “How To Win Friends and Influence People” changed his life.

“I knew I was going to have to speak in public sometimes,” Buffett recalled. “The agony was such that just to get rid of the pain I signed up for the course again.”

The class met at a hotel in Omaha. There were about 30 students.

“We were all just terrified,” Buffett said. “We couldn’t say our own names. We all stood there and wouldn’t talk to each other.”

They got a book of speeches that was full of examples of talks you might give to keynote an event or if you were trying to win an election. And — gasp — the students had to deliver one of those speeches every week.

“The way it works is that you learn to get out of yourself,” Buffett said. “I mean, why should you be able to talk alone with somebody five minutes before and then froze in front of a group?”

He picked up a few “psychological tricks” to sidestep his fear, and he got lots of experience speaking to a group of people in a low-stakes situation. The students supported one another, and slowly, slowly, slowly, Buffett got comfortable in front of a crowd.

“Some of it is just practice — just doing it and practicing,” Buffett said. “And it worked. That’s the most important degree I have.”

Taking a public speaking course worked for us, too.

Check out these 30 pitch decks that helped fintechs raise millions... 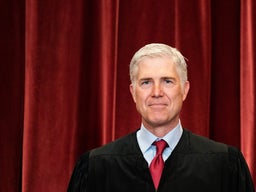