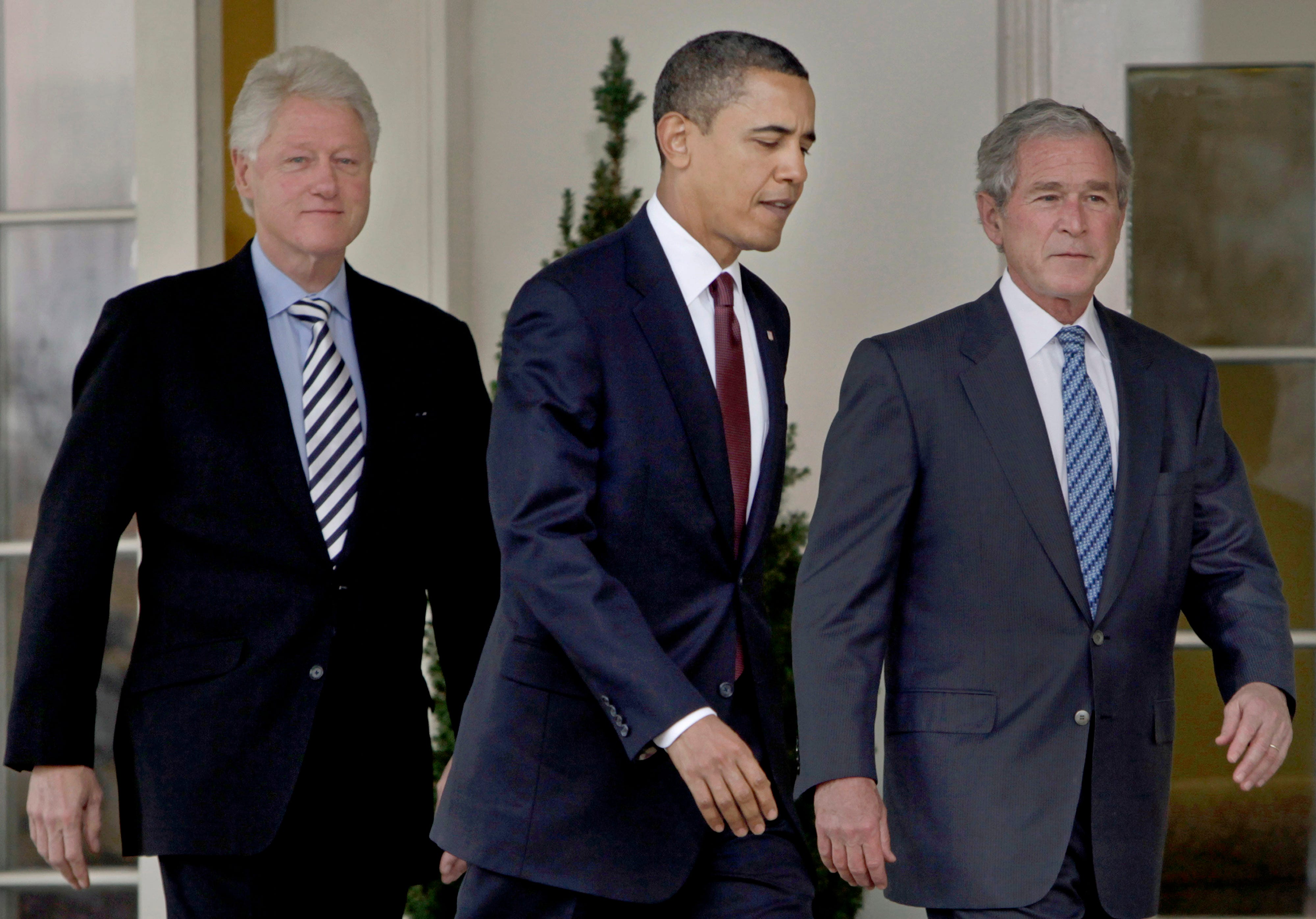 Becoming the president of the United States is a live-changing transition â€” but one commonly asked question is how US presidents make money after leaving office.

A US president makes an annual salary of $US400,000 while in office. This is on top of being able to live in the White House for free, and having a separate budget for travel, entertainment, and other expenses.

But US presidents often make far more once they leave office. Here’s how.

As part of the Former Presidents Act, US presidents are entitled to a pension once they leave office. While the creation of the act was inspired by President Harry Truman’s life after the presidency, President Dwight Eisenhower was the first recipient of the pension, as reported by ThoughtCo.

Congress sets the amount annually, and it’s currently at $US210,700.

It’s not unusual for former presidents to make their rounds giving speeches and making other public appearances.

But the appearance can come with a pretty hefty price tag.

In the most recent numbers available, Obama charges up to $US400,000 for a speaking engagement, according to the Los Angeles Times in 2017. Former presidents Bill Clinton and George W. Bush charged up to $US200,00 and $US700,00 (after adjusting for inflation), respectively.

Writing a book after leaving office is a well-known part of being a president, and publishers pay a pretty penny for the rights to a presidential memoir.

In 2017, Barack and Michelle Obama signed a joint book deal with Penguin Random House to the tune of over $US60 million, the Financial Times reported. The former president had already published two other books with Penguin Random House, including his memoir “Dreams from My Father: A Story of Race and Inheritance,” as previously reported by Business Insider. “Becoming” by Michelle Obama was released in early 2019, and Barack Obama’s book, “A Promised Land,” will be available in November, according to the Associated Press.

Before the Obamas’ book deals, the record was previously held by Bill Clinton, who got about $US14 million (or about $US21 million in today’s currency) for his post-presidency book deal, as reported by Vox.

It’s worth noting that both book deals still rank in the top 10 book deals â€” ever.

George W. Bush was also given a hefty amount for his book dealâ€” $US10 million, according to Financial Timesâ€” but it wasn’t record breaking.

While brand sponsorships are normally reserved for celebrities, former political figures are starting to dip their toes in brand deals.

In 2018, the Obamas signed a deal with Netflix to produce content for the streaming giant, as reported by Variety. Most notably, that deal birthed both “American Factory” and “Crip Camp”, which garnered positive reviews, and the former even won an Oscar.

In 2019, Spotify announced a deal with Higher Ground Productions. This deal included a 9-episode podcast that was hosted by Michelle Obama and featured guests including Barack, according to The Verge.

Joining in on podcasts, Forbes reported that Bill Clinton signed a deal with iHeartMedia to produce a podcast that is due to premiere in 2021. This is second podcast deal for Clinton with the media company.

Corporate Boards and other Honorary Positions

While this is more common among members of Congress, former presidents sometimes take positions within corporate boards or other grandiose titles.

Although sometimes these roles aren’t as cut and dry as book deals and a pension.

In 2016, the Washington Post reported that former president Clinton had made $US18 million as an honorary chancellor for a for-profit school.

From 2002-2009, Bill Clinton served as an advisor to his friend and investor, Ron Burkle. It’s estimated that Clinton made over $US12 million while working with Burkle,according to The Wall Street Journal.