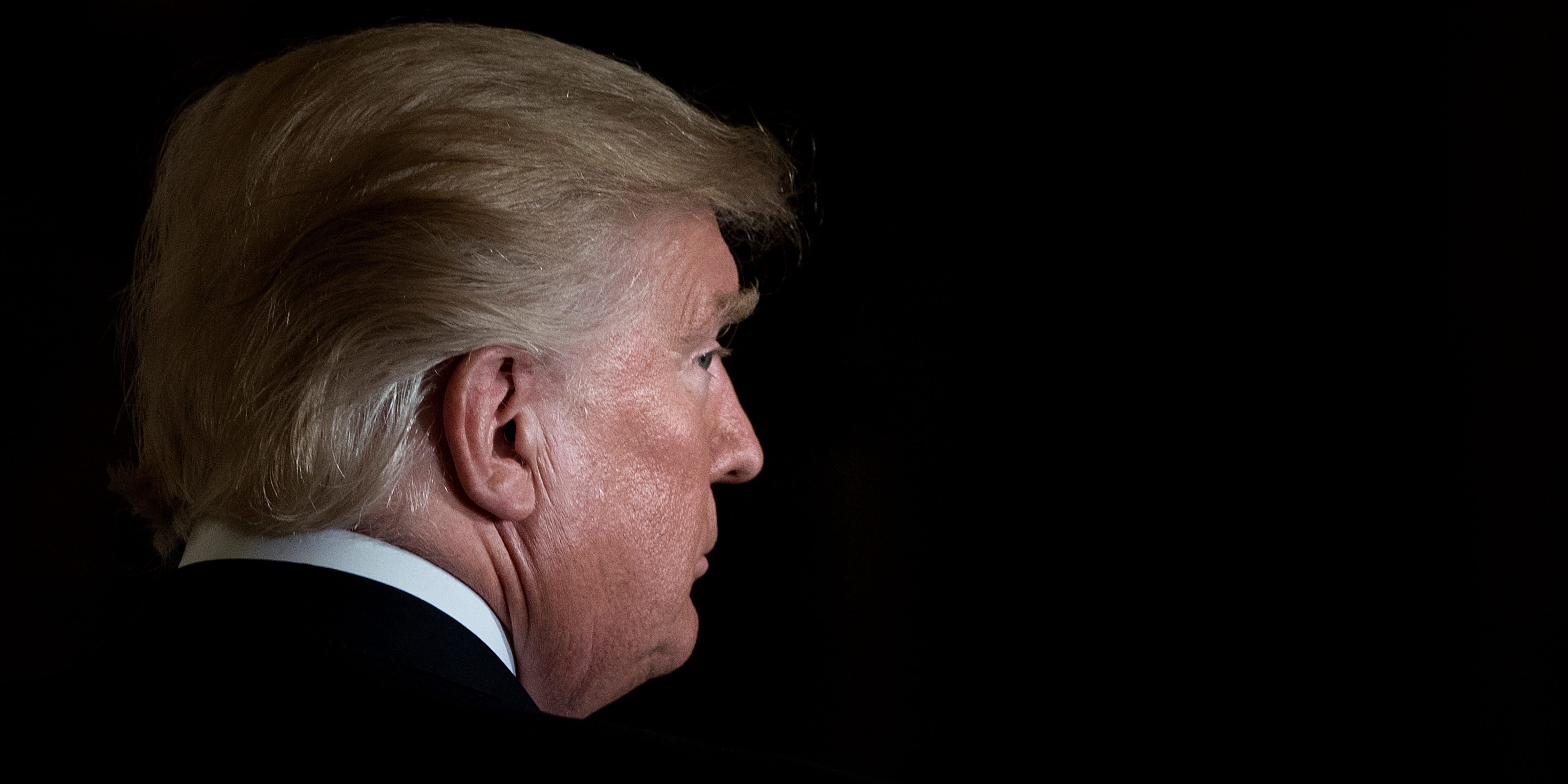 President Donald Trump began Wednesday by inciting his supporters to “stop the steal” â€” to reverse an election he lost â€” by demonstrating their MAGA vigour at the US Capitol.

He then sat by, watching cable news as those supporters clashed with police, broke into Congress, and threatened democracy and the constitutional order, blocking lawmakers from certifying President-elect Joe Biden’s victory.

“You’ll never take back our country with weakness,” the outgoing commander-in-chief instructed his followers at the “Save America” rally Wednesday morning. “You have to show strength and you have to be strong.”

“You don’t concede when there’s theft involved. Our country has had enough and we will not take it any more,” he declared in his roughly 70-minute speech. “And we fight. We fight like hell and if you don’t fight like hell, you’re not going to have a country anymore.”

1 p.m.: Some senators seek to undermine the election result in Congress

Instructions delivered, thousands of people, many with flags bearing their leader’s name, marched to where a joint session of Congress had been convened at 1 p.m. ET to formalise the next president’s victory in the Electoral College.

Inside, the president’s allies, such as Sen. Ted Cruz, sought to cast doubt where there is none, repeating unsubstantiated claims of mass fraud that could alter the outcome of the November 2020 vote.

Outside, the president’s allies, including one man in sweatshirt celebrating the Holocaust (“Camp Auschwitz“), overran police lines, smashed windows, and broke in, forcing lawmakers to flee as the Capitol was put into lockdown at roughly 1:30 p.m. ET. The Capitol would not be declared secure for another four hours.

Trump watched the scene unfold on his television, according to The New York Times. 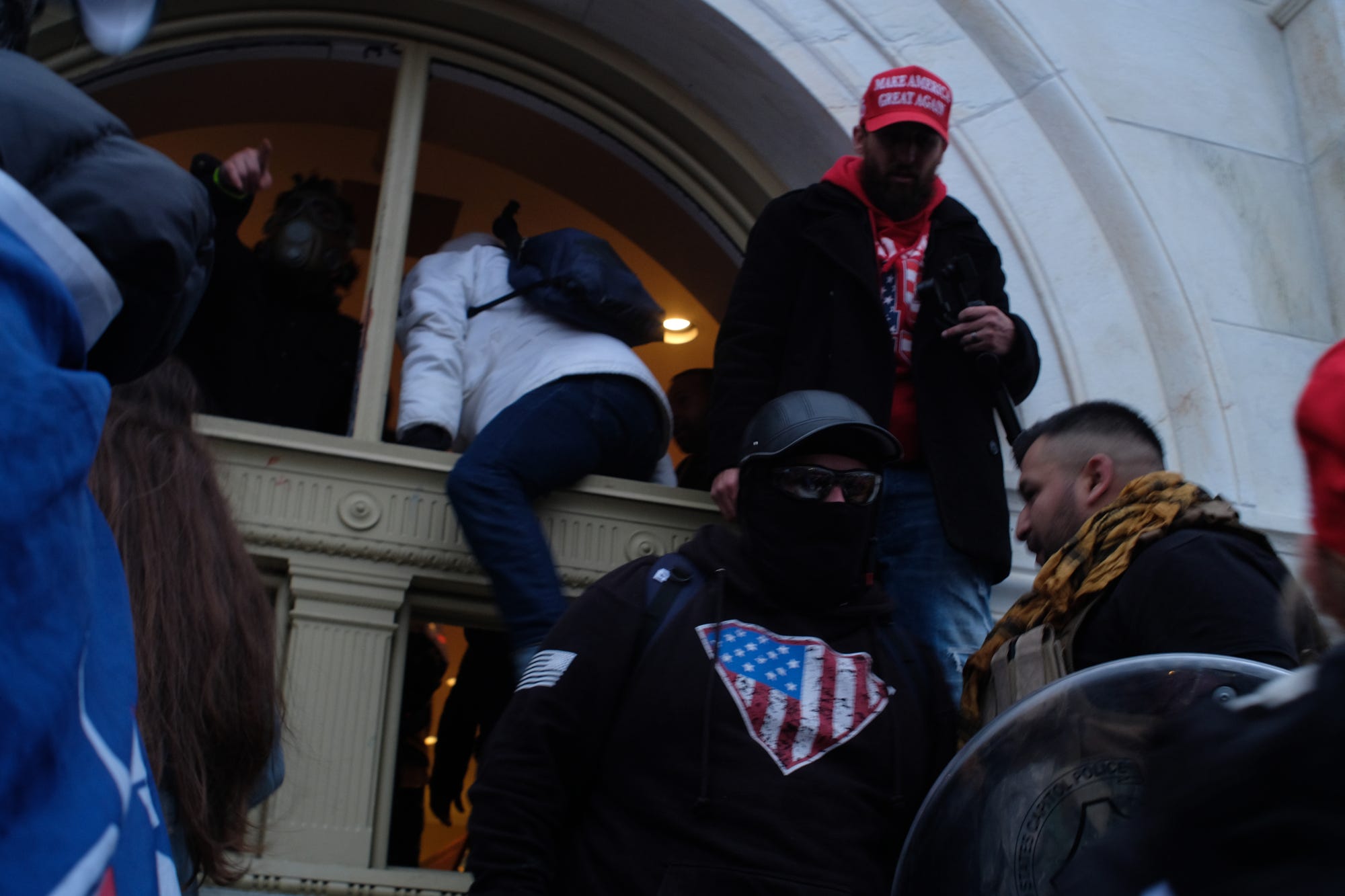 A woman is shot while the president watches TV

The president, amid pleas from members of his own party and former aides to speak out, finally took to Twitter moments later. “Stay peaceful!” he posted in part at 2:38 p.m. local time.

Soon after, it was reported that a woman had been shot on the grounds of the US Capitol and was in critical condition. She later died.

As Congress is ransacked, Trump resists calls to mobilize the National Guard

Meanwhile, as rioters in MAGA hats ransacked the office of House Speaker Nancy Pelosi, Trump resisted calls to do more. According to The Times’ Maggie Haberman, he “rebuffed and resisted requests to mobilize the National Guard.”

It was Vice President Mike Pence, who, in an afternoon tweet, promised that rioters “will be prosecuted to the fullest extent of the law,” who ultimately made the call, The Times reported. Initially, “It was unclear why.“

CNN’s Kaitlan Collins reported via her White House sources that images of the mob had him “borderline enthusiastic because it meant the certification was being derailed.” His reaction left those in the White House horrified, Collins reported. Haberman also tweeted that “aides believed Trump was pleased by what he was seeing on TV at the Capitol, as he repeatedly refused requests to get him to say something clearly rejecting the violence.” 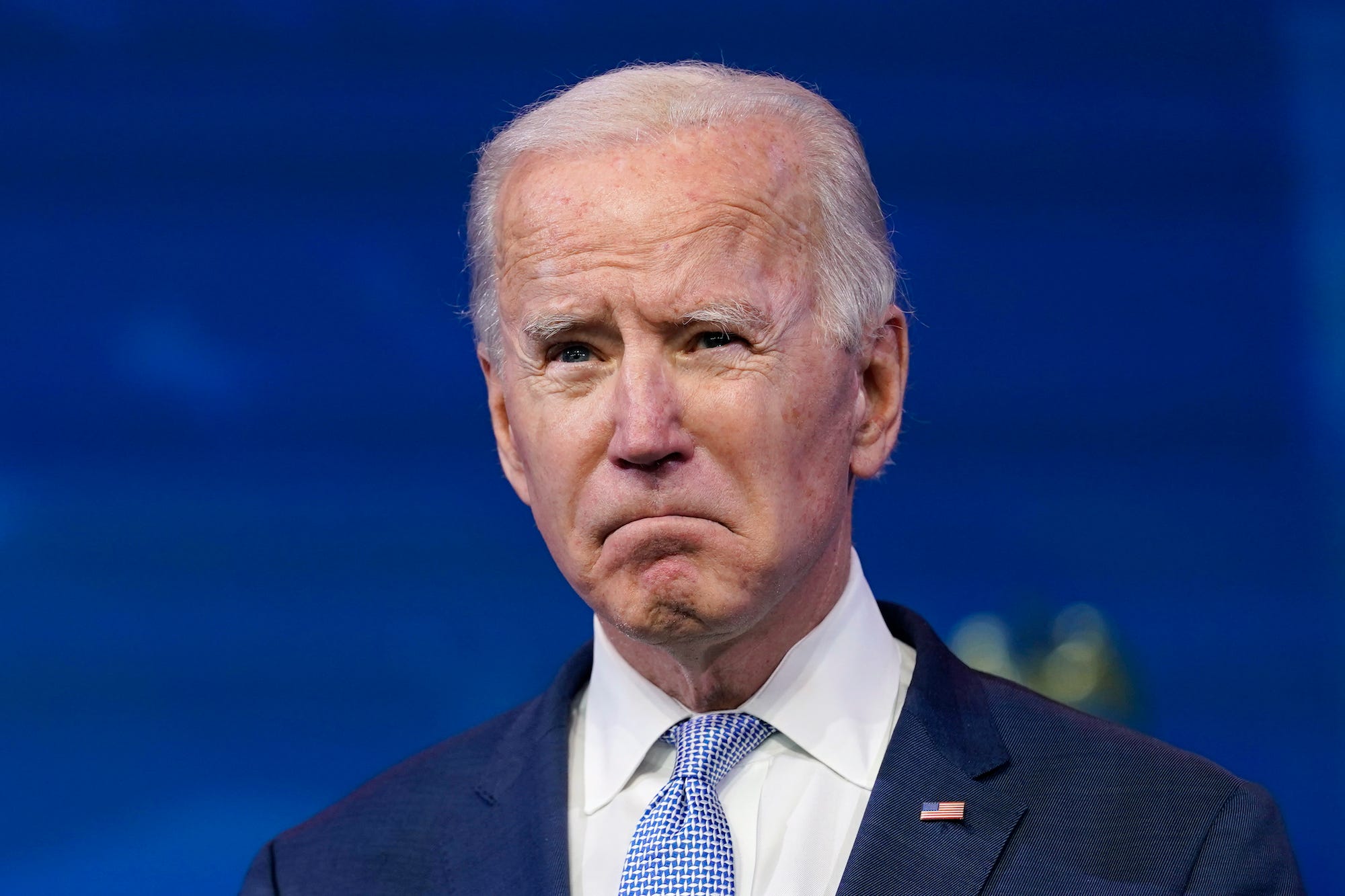 AP Photo/Susan WalshPresident-elect Joe Biden speaks at The Queen theatre in Wilmington, Del., Wednesday, Jan. 6, 2021. Biden has called the violent protests on the U.S. Capitol ‘an assault on the most sacred of American undertakings: the doing of the people’s business.’

President-elect Biden then intervened, giving a speech after 4 p.m. ET.

“I call on President Trump to go on national television now, to fulfil his oath and defend the Constitution and demand an end to this siege,” he said.

Instead, Trump shared his message on social media, posting a now-deleted video on Twitter telling those who were rioting down the street that he loved them and “you’re very special.” While repeating his false incitement that “an election was stolen from us,” he did, however, call on them to stand down.

“I know how you feel, but go home and go home in peace,” he said.

Later, on Twitter at around 6 p.m. ET, he rationalized their actions: “These are the things that happen when a sacred landslide election victory is so unceremoniously & viciously stripped away from great patriots who have been badly & unfairly treated for so long.”

“Remember this day forever!” he added.

According to The Times, Trump still wanted GOP senators to object to accepting electors when Congress reconvened at 8 p.m. ET.

‘This is how election results are disputed in a banana republic’

“This is how election results are disputed in a banana republic,” former President George W. Bush said in a statement. “I am appalled by the reckless behaviour of some political leaders since the election and by the lack of respect shown today for our institutions, our traditions, and our law enforcement.”

As the evening went on, the gravity of Wednesday’s threat to democracy realised across much of the political spectrum, Trump remained silent, his account locked by Twitter, the televised address sought by Republicans and Democrats alike never coming.