The Orionids meteor shower peaks this week. Here's how to see shooting stars from the dust of Halley's Comet. The Orionids meteor shower is peaking this week, bringing about 15 to 20 shooting stars per hour.

The meteors barrel into Earth’s atmosphere with unusual speed, travelling roughly 41 miles per second â€” about 148,000 mph. In their rush, they often leave behind glowing trails of debris that shine in the sky for several seconds or even minutes. Some travel so fast that they explode into fireballs, creating prolonged bursts of light.

The Orionids streaks across the sky throughout October, but Tuesday and Wednesday nights are the best time to spot the meteors, since the moon is far from full, and the Earth is passing through the thickest part of a cloud of debris left by Halley’s Comet. The ball of ice, rock, and dust orbits the sun and left behind the dust 34 years ago. As Earth’s orbit takes the planet through that cloud each year, bits and pieces collide with our world and burn up in the atmosphere, creating bright streaks. 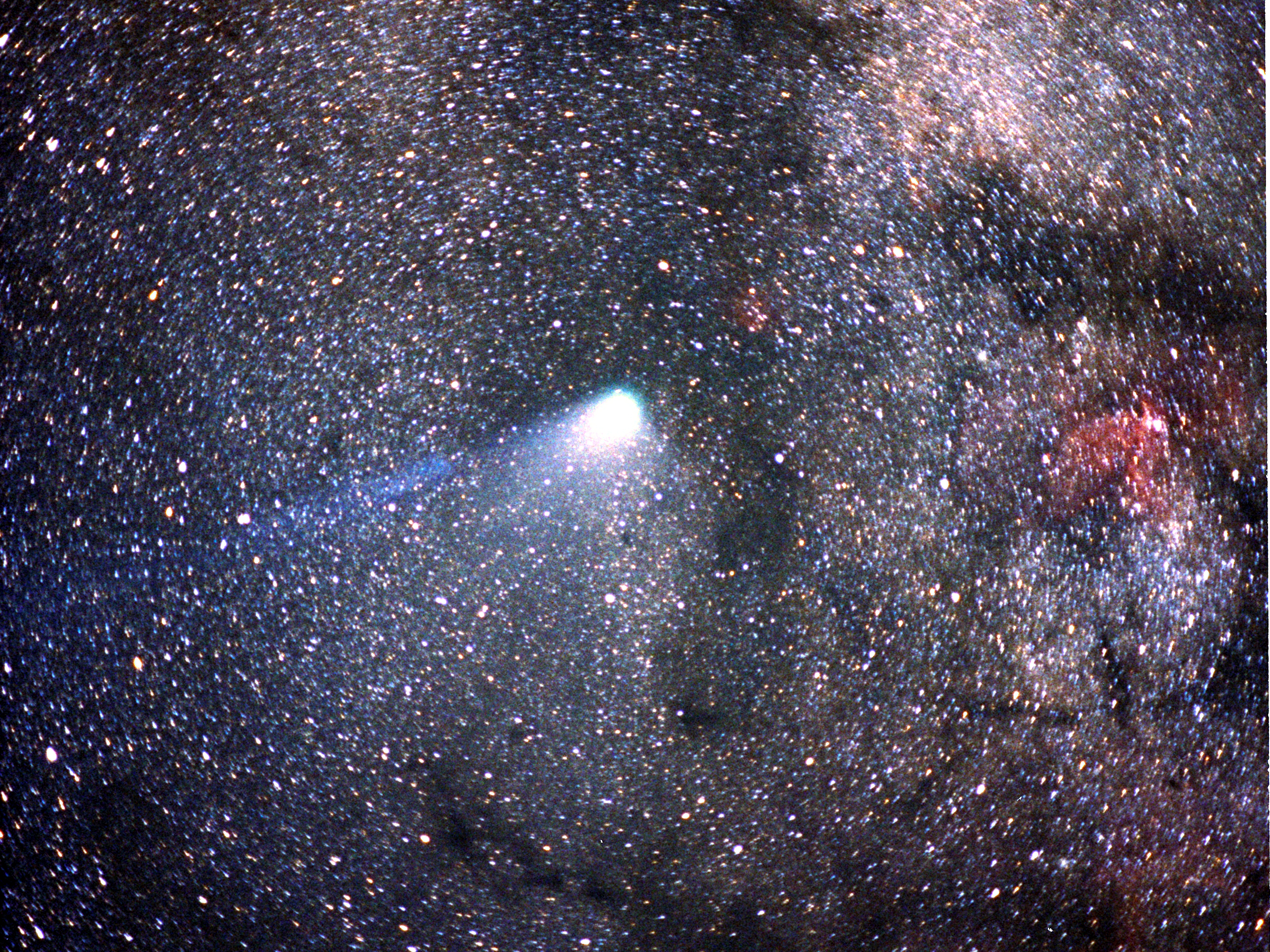 From the ground, that drama plays out against the backdrop of some of the brightest stars in the sky: the Orion constellation.

Because the Orionids appear to originate in that area of the sky, the show is named after the constellation, which is best known for the trio of stars forming a hunter’s belt. When Halley’s Comet swings through the inner solar system again in 2061, it will replenish the field of dust responsible for these incredible shooting stars.

How to watch the Orionids 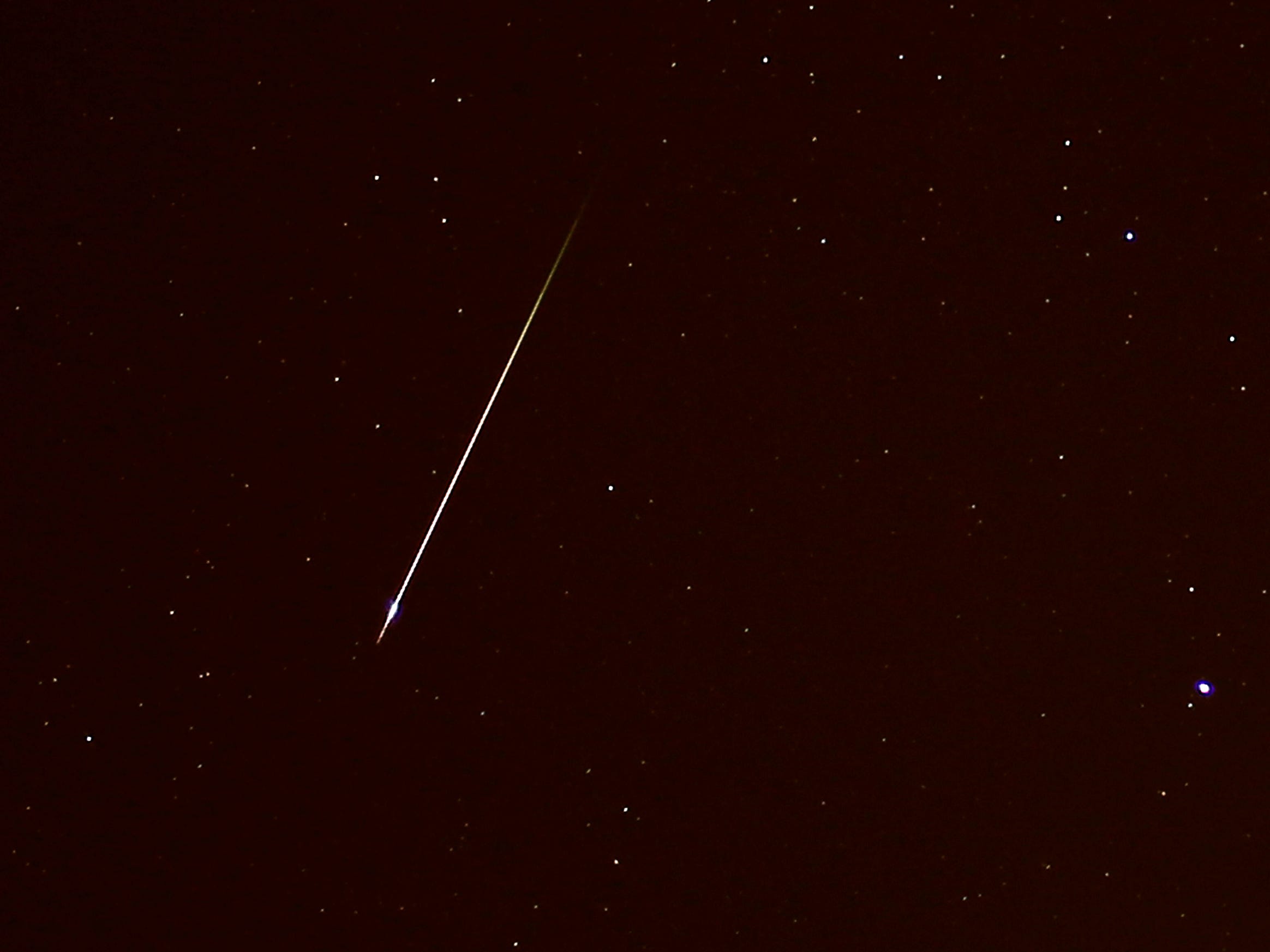 Jon Nazca/ReutersA meteor streaks past the Canis Minor constellation in the sky during the annual Orionid meteor shower, near Malaga, Spain October 22, 2017.

To catch the show in the next couple of nights, find a clear view of the stars away from city lights. Give your eyes about 30 minutes to adjust to the darkness, then you can watch until dawn. The Orionids’ location will rise high in the sky after midnight. The meteors will appear just north of Betelgeuse, the brightest star of the Orion constellation.

If possible, keep the moon out of your field of vision. Though it’s less than 20% illuminated, its light could overshadow the shooting stars.

Both the Northern and Southern Hemispheres can enjoy the show. Shooting stars will peak in the early morning of Wednesday, October 21, but will continue at high rates for several days.

The Orionids’ intensity appears to follow a 12-year cycle. The cycle’s last peak was in 2006, followed by relatively low rates of shooting stars during the 2010s. In recent years, displays of the October meteor shower have been low or average, according to the American Meteor Society.

After the Orionids, the next meteor shower will be the Northern Taurids, which peaks on November 11 and 12.