Everything you need to know about Discord, the app that over 250 million gamers around the world are using to talk to each other

Among gamers, the hip way to chat with friends is not via Skype, Slack or TeamSpeak, but Discord, a relatively new messaging app that’s starting to surge in popularity â€” it recently announced a new milestone of 250 million users.

Discord was specifically designed to serve the gaming community. The app, which offers text messaging and voice and video calling, allows gamers to communicate and strategize with friends mid-game. But it’s lightweight and streamlined, so it won’t fill up their computers’ hard drives or bog down their processors.

The app has benefitted from the boom in online, team-based video games such as “Fortnite Battle Royale,” “Overwatch,” and “League of Legends.” But it now now hosts hundreds of thousands of online communities. While many are focused on gaming, you’ll find ones dedicated to other interests as well.

Here’s everything you need to know about Discord:

Discord has started to take off with gamers. 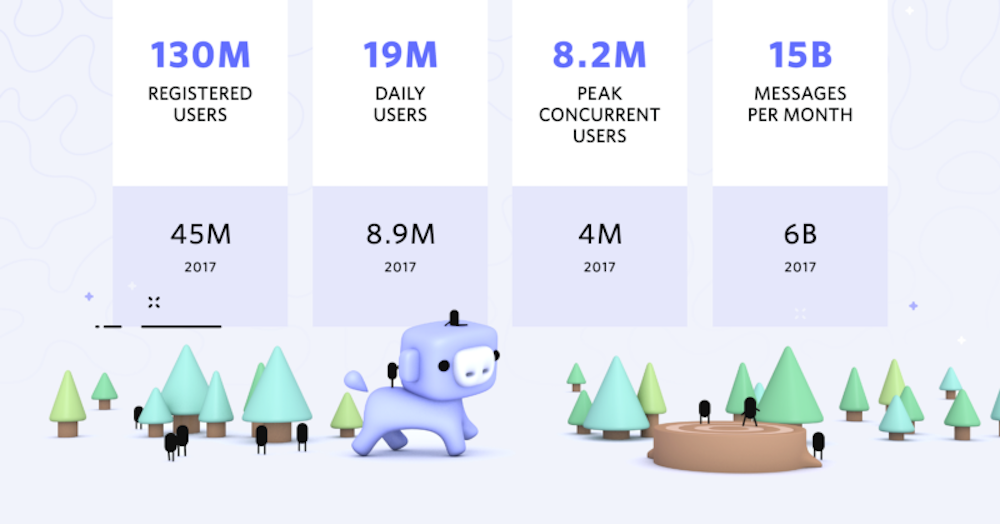 Discord was launched in 2015, but its popularity exploded in the last year, particularly among gamers and other communities that primarily meet online. It now has over 100 million daily users, up from 8.9 million in 2017, according to the company’s blog.

Just about anyone can sign up and use it — and it’s free. 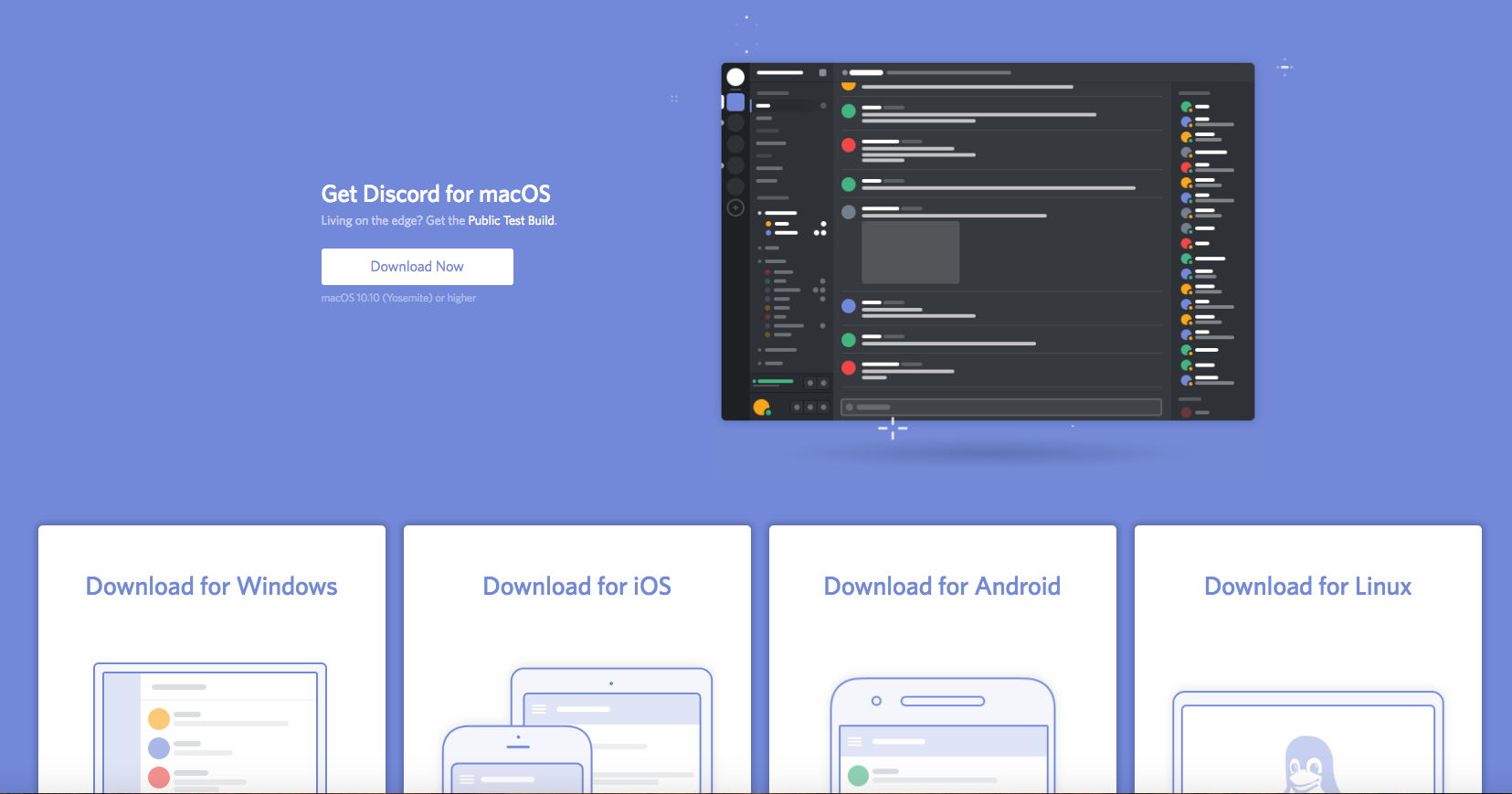 Anyone over the age of 13 can download and use Discord. It’s available for PCs, Macs and mobile devices. Its developers have made clear the core features of Discord will always be available for free.

However, the company also offers $US4.99 and $US9.99 a month subscription versions of the app called Discord Nitro, which include features such as animated avatars, custom emoji, and higher quality screen sharing. Discord Nitro also allows you to upload larger files.

Developers have focused on making the app safe — and weeding out hate groups. 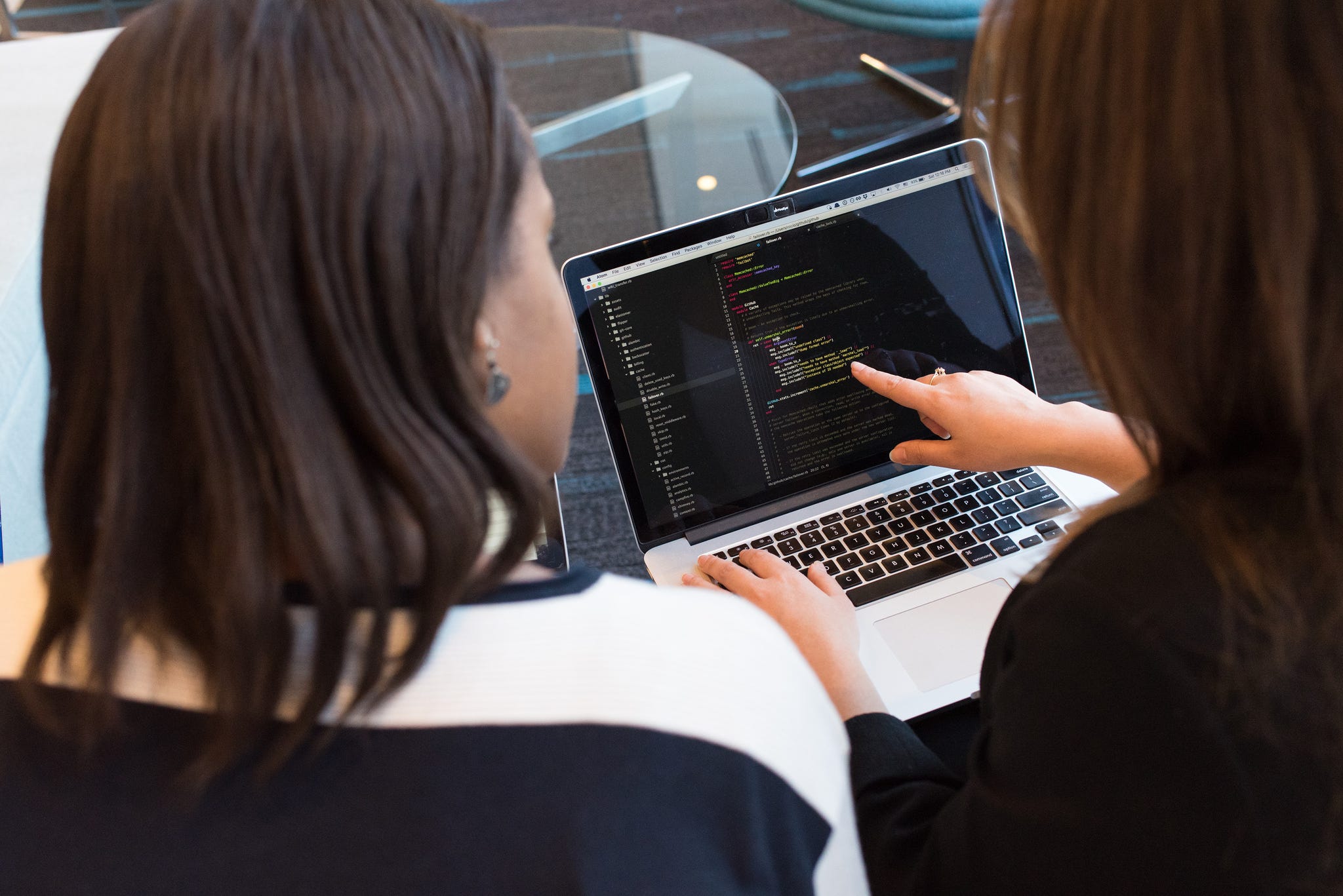 The messaging app got some bad publicity in 2017, when it was reported that many alt-right; “incel,” or male supremacist; and other hate groups were using it to meet, talk, and plan real-life gatherings, particularly ahead of the “Unite the Right” rally in Charlottesville, Virginia, last August. The app allows users to chat anonymously and privately, which helped attract the groups.

Discord’s developers have since banned many of those hate groups. But identifying and ousting them can be like playing a game of whack-a-mole; even after they’re banned, many come back in other places.

Still, in general, Discord is safe. No one can join a channel except by invitation, and users have to choose to join them. So no one can make you view or post content you’re not interested in.

Discord also offers you the ability to block content that’s unsuitable for work and to disconnect from servers at any time. You can easily mute or block individual users and prevent anyone you don’t know from adding you as a friend.

Even so, such features won’t necessarily prevent all harassment or bullying within particular text or voice channels.

For parents who are concerned about their teens using Discord to chat with friends, I recommend the same amount of caution you would have with social-media sites such as Twitter or Reddit. I suggest you read Discord’s Community Guidelines and the Parent’s Guide to Discord, written by one of the service’s developers.

Its easy to start using Discord. 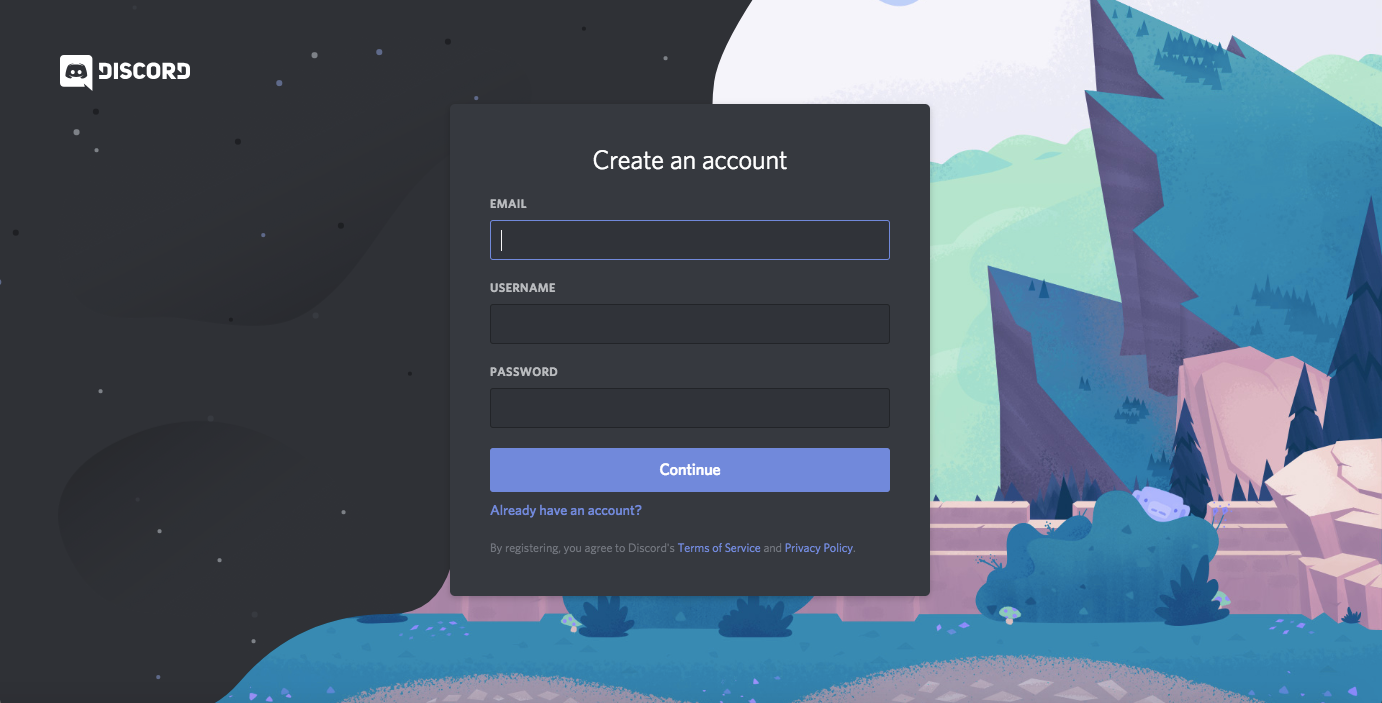 You can download the Discord app by visiting the company’s website. Alternatively, you can use Discord’s web app instead.

To sign up, you’ll need a valid email address and phone number, and you’ll need to create a unique user name.

After successfully signing up, you should see a screen like this. 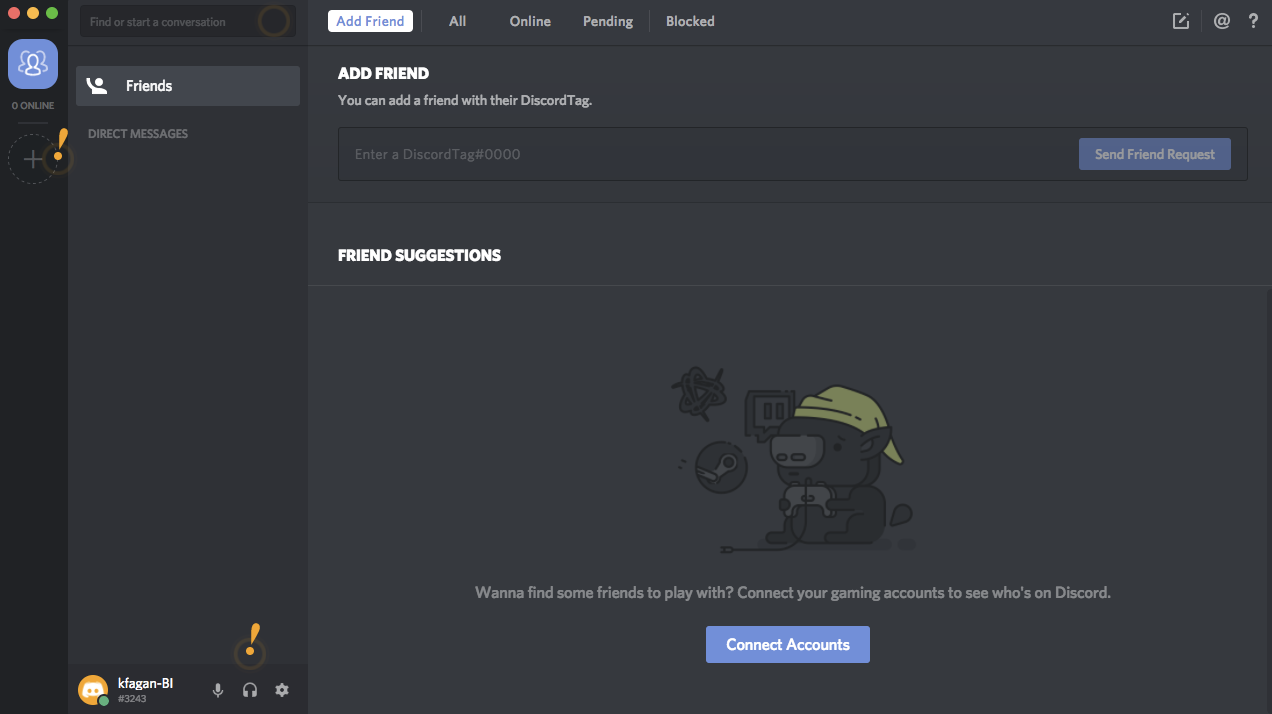 There’s a lot to take in here. Fortunately, Discord offers a self-guided tutorial the first time you sign in. Also, by clicking on the orange exclamation points in the app, you’ll pull up helpful instructions and tips for using it. 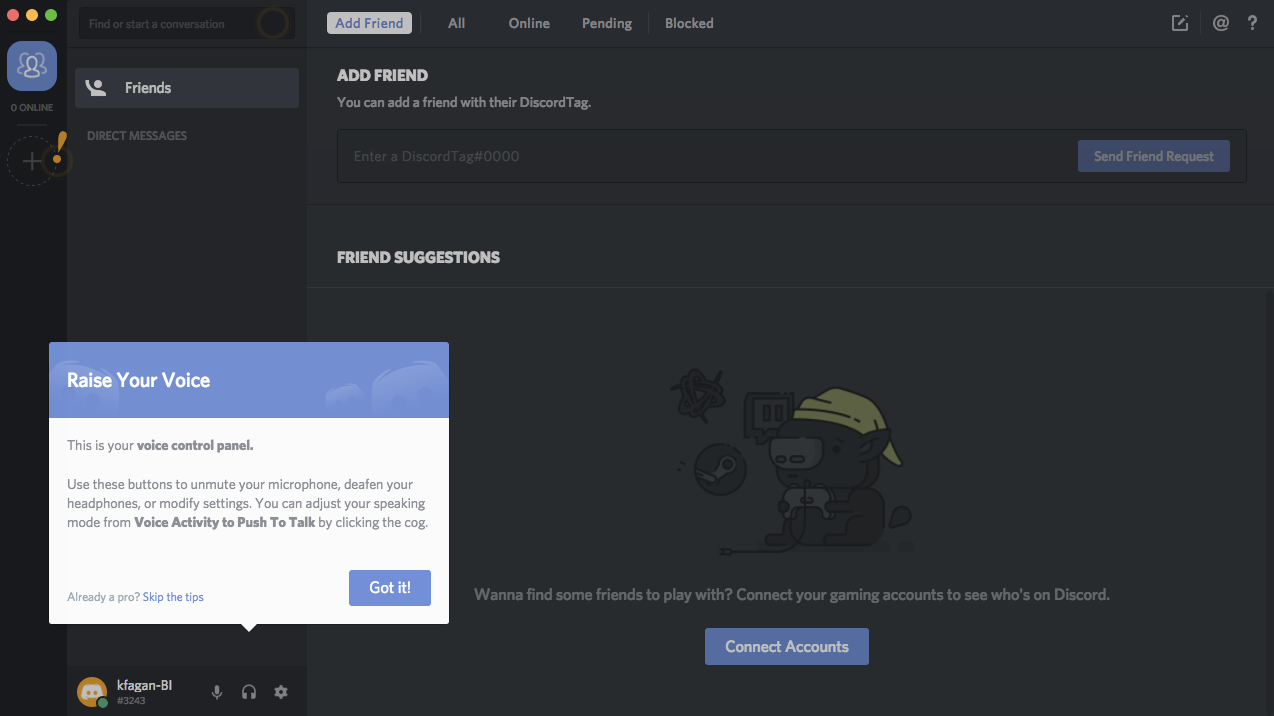 You’ll find voice controls in the panel on the bottom left of the screen. You can use those buttons to turn on or mute your microphone and headphones.

You can adjust your account settings by clicking or tapping on the gear button on the right. More on that later.

This large plus button is where the magic happens. 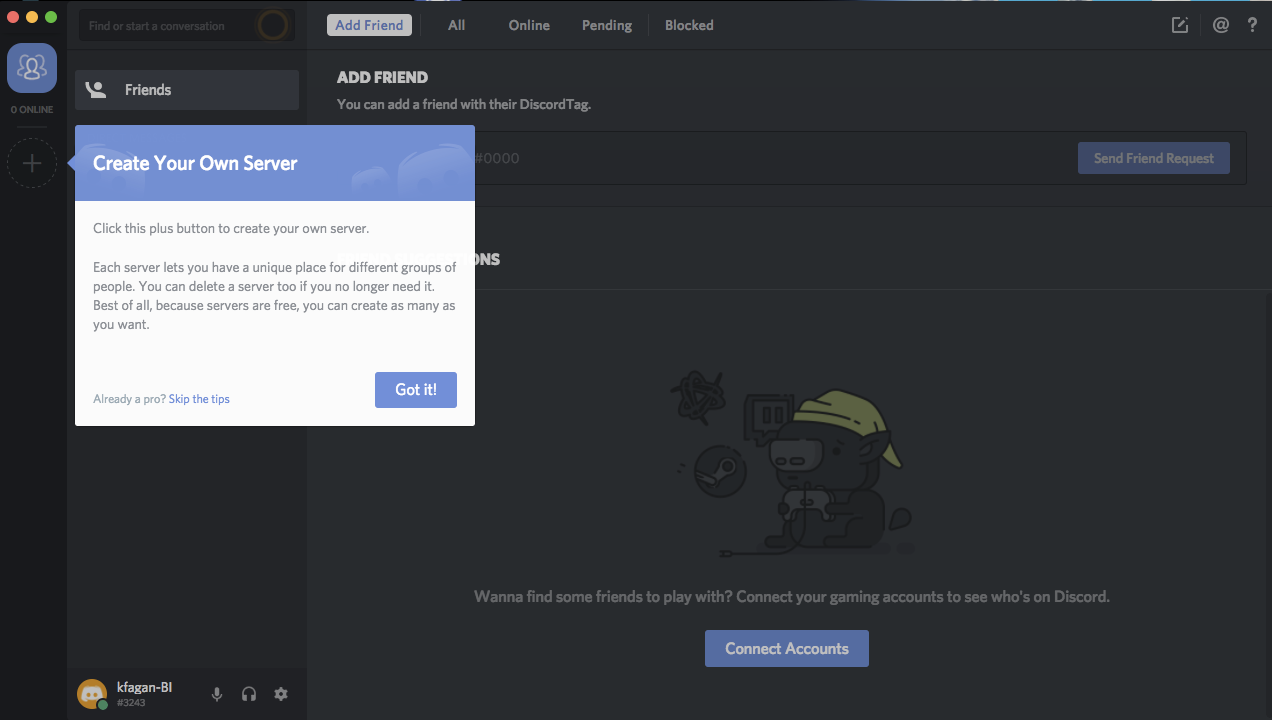 Clicking the plus button allows you to start your own server or join another one that you’ve been invited to via a private link. 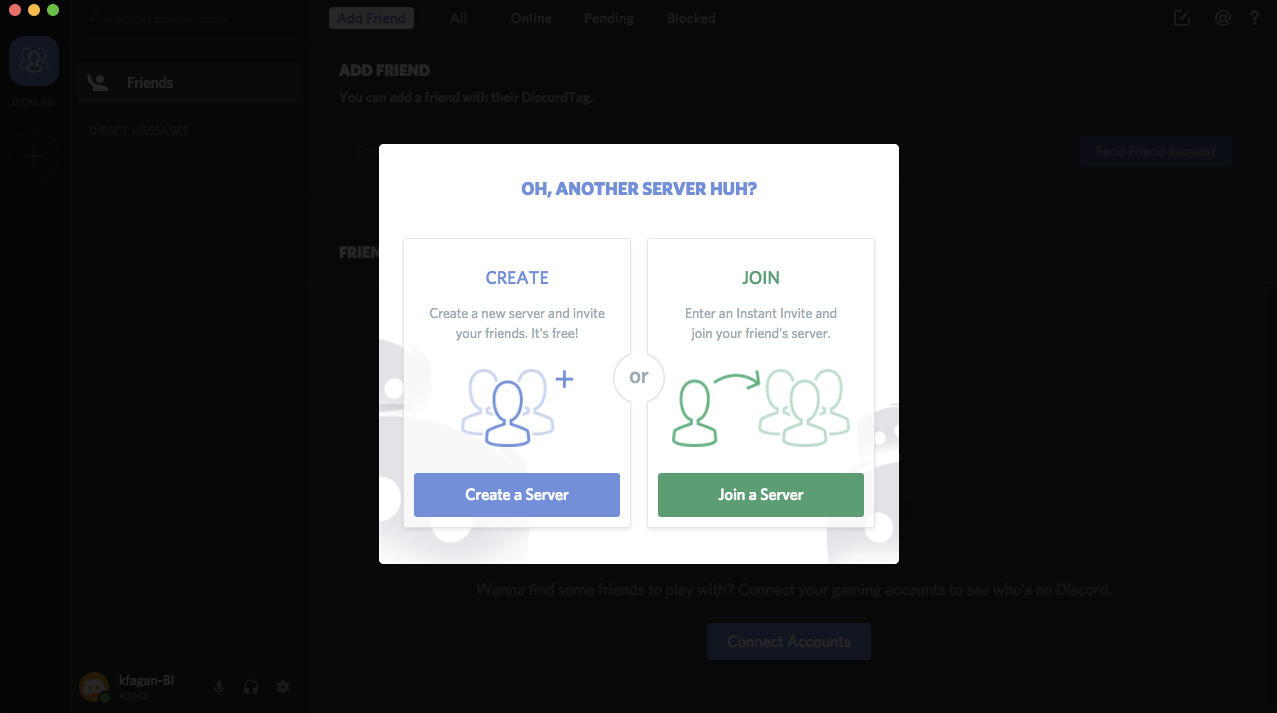 Servers are typically dedicated to specific topics. Within each server, you’ll often find many different subchannels where you can have as many side-conversations as you please.

You can create your own servers. 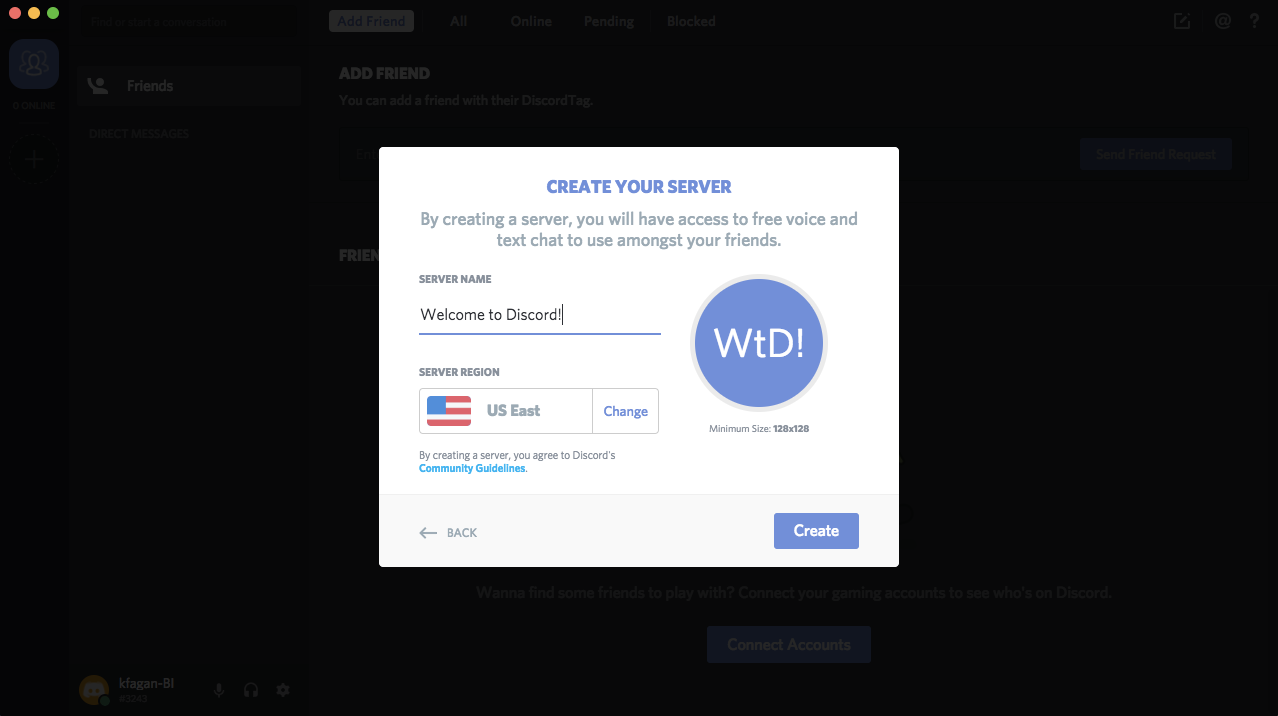 If you choose to make one, the app will prompt you to give it a name and to customise its icon.

Hit “Create,” and boom! You’ve just made a Discord server. 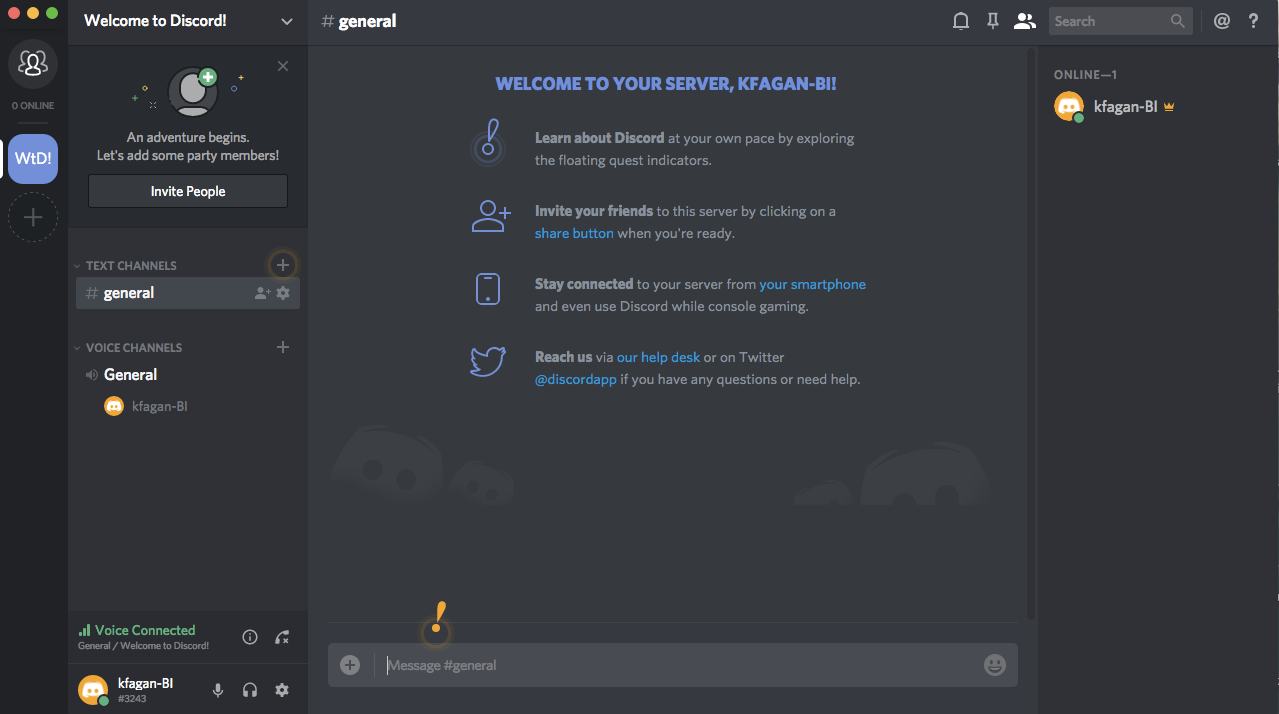 The app shows you a list of all the members of your server. 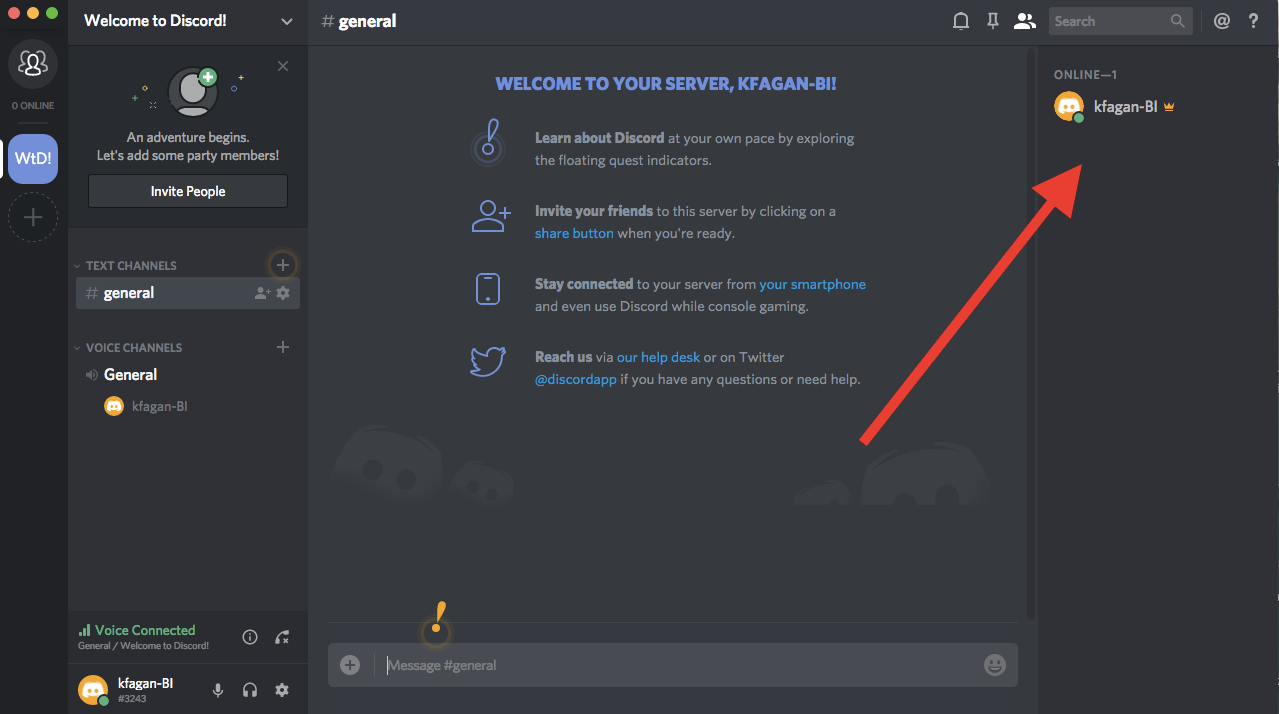 You’ll see them in a column on the right side of the screen.

Right now it’s pretty lonely in my server, as I’m the only member.

You can invite your friends to join. 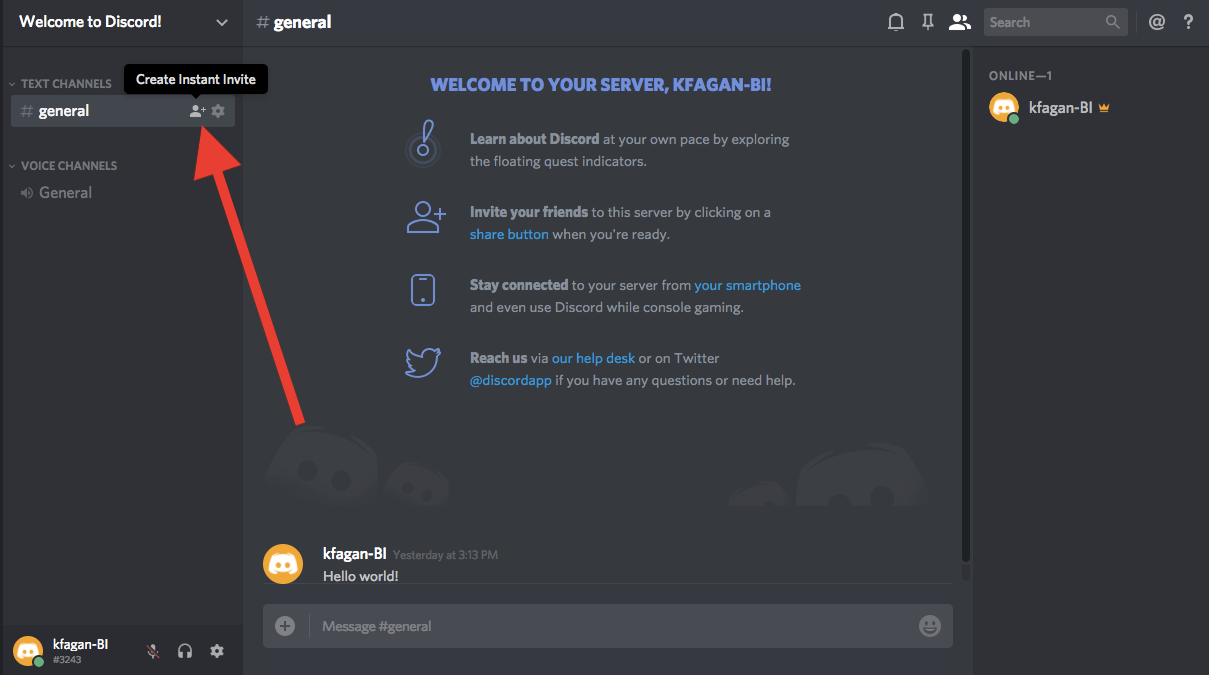 If I wanted to invite some friends to my server, I would hit the button to the right of their names.

Discord helps you limit who joins your server. 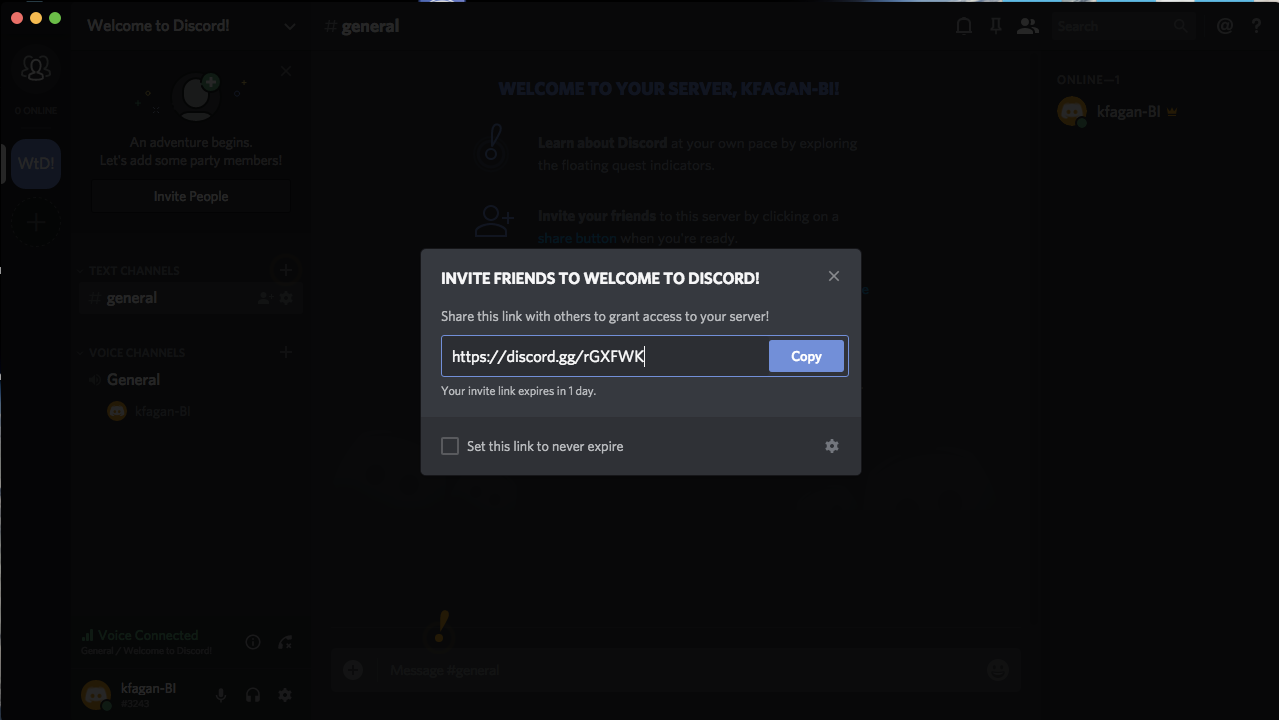 Clicking on the invitation button creates a unique link you can send to your friends.

You can also set a time for when the link will expire. That can help you keep out people who may randomly get the invitation.

You can create multiple channels within your server. 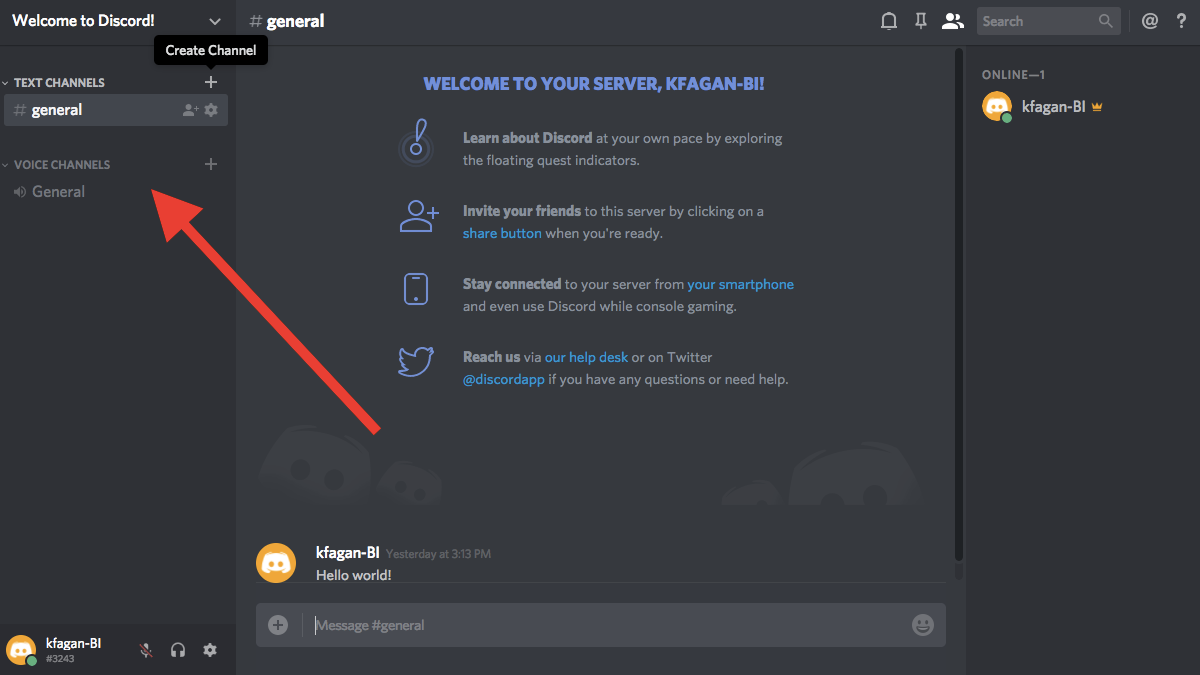 You can use the plus buttons to add new channels. The column on the left lists all of the text and voice channels – or subtopics – I’ve created on my server.

I created a text channel on my server. 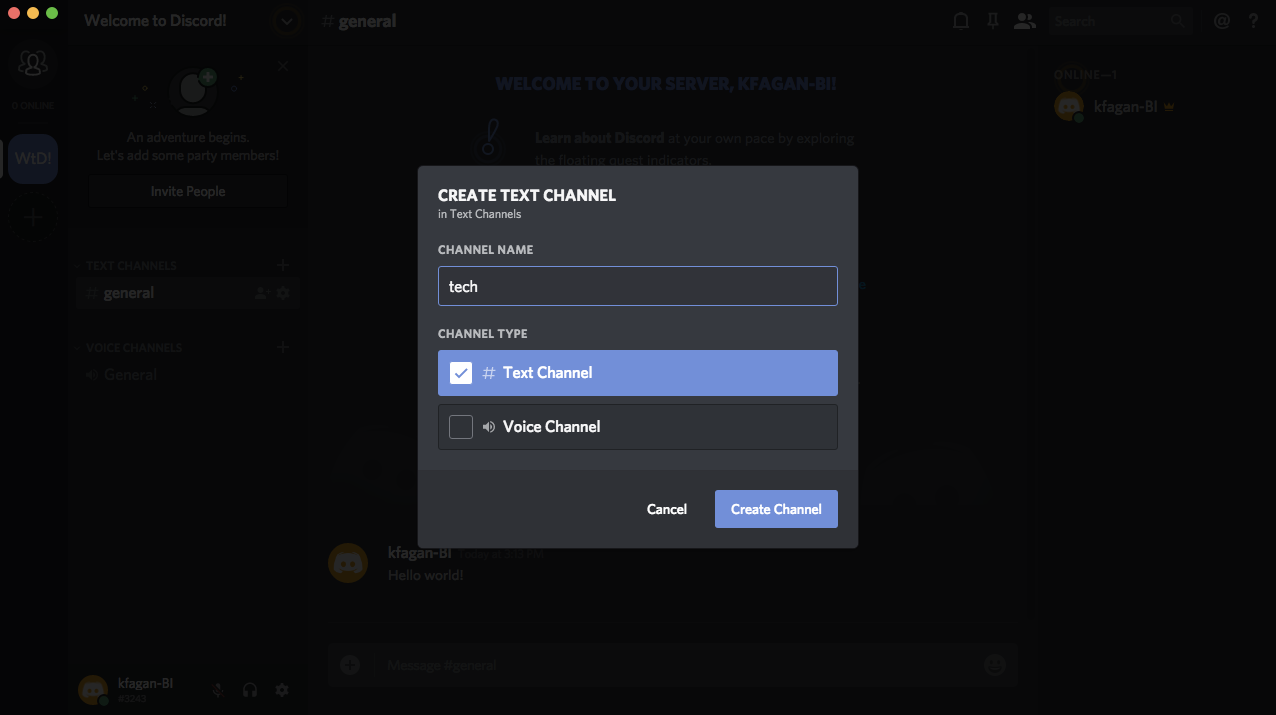 I’ll called my first text channel “tech” because that’s the section I write for here at Business Insider.

In addition to creating your own servers, you can join others that already exist. 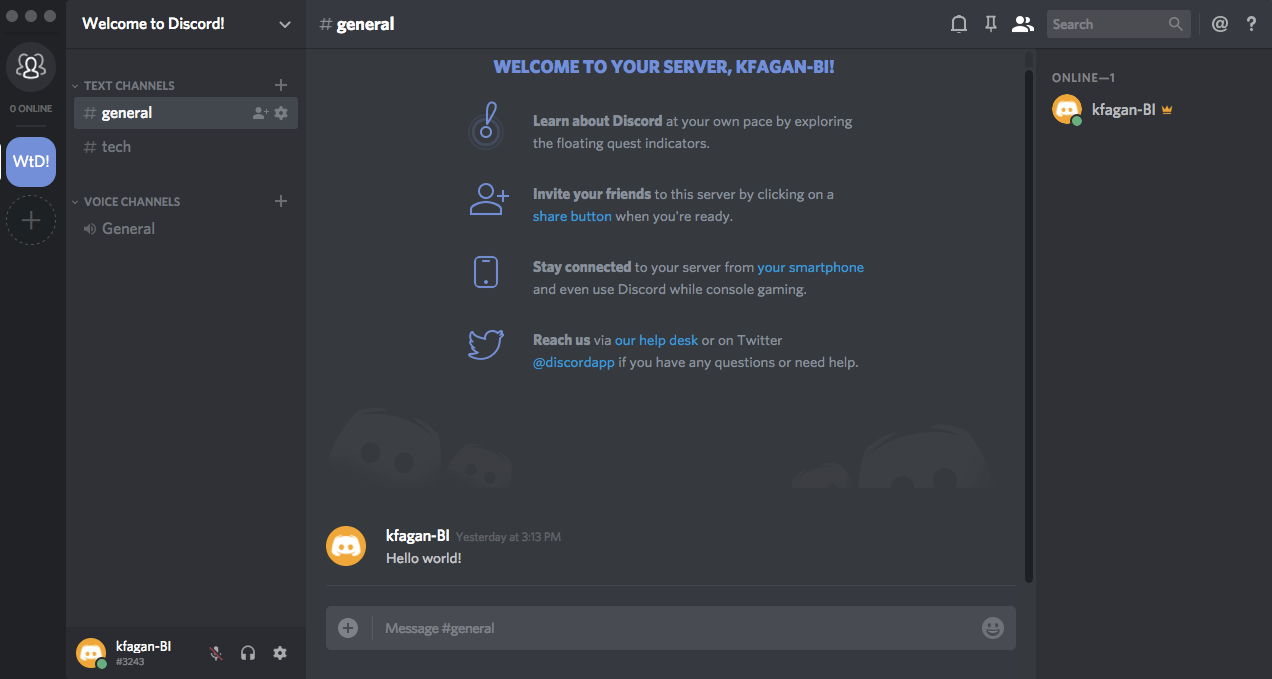 You can find them by searching for them. 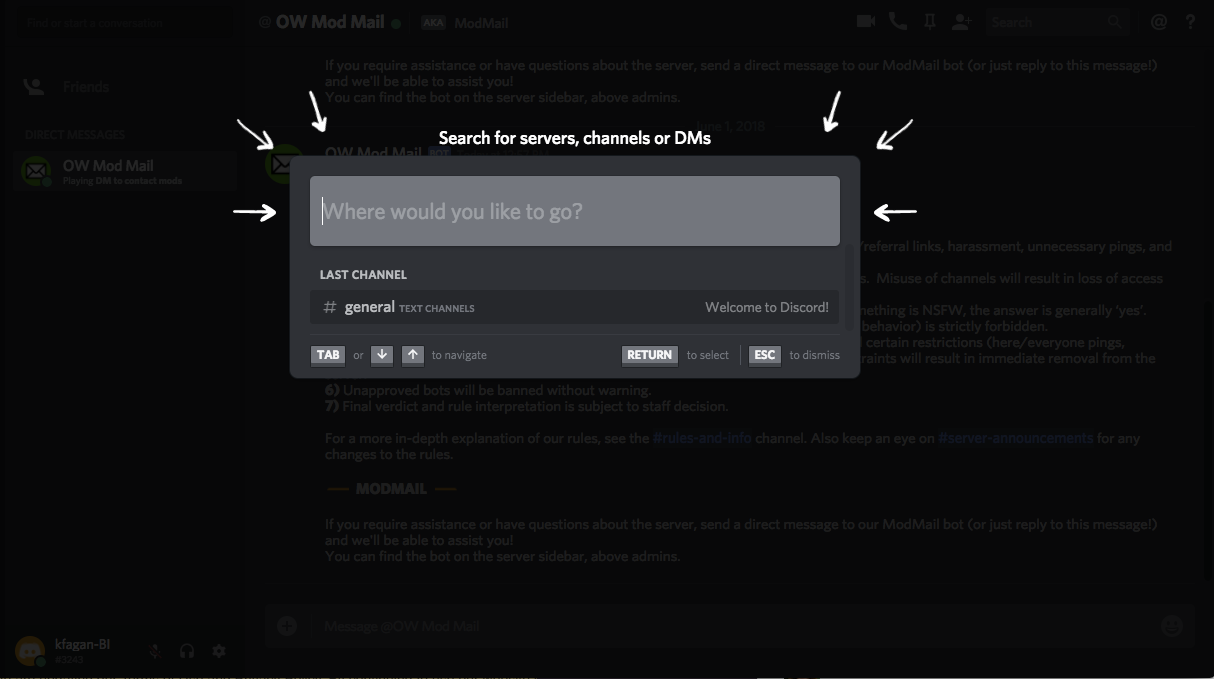 In addition to allowing you to search for other users, the search bar above your friends list can be used to find servers.

Some servers are open to just about anyone who’s interested. 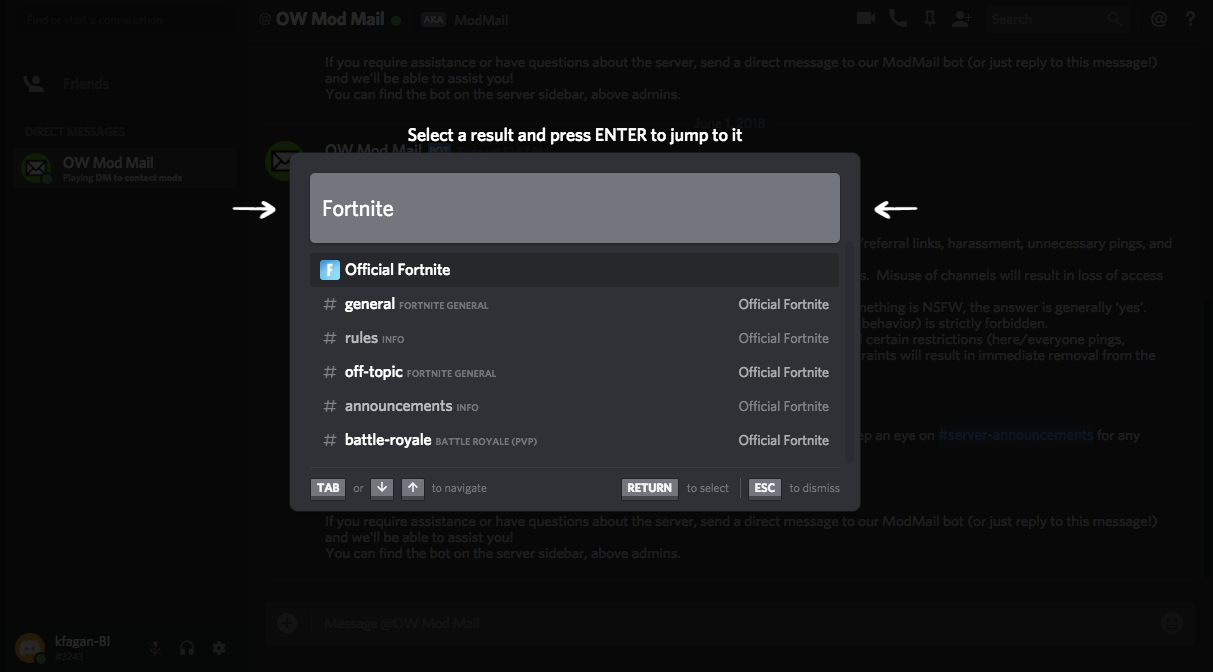 You can’t join any server without an invitation, but many verified servers will send an invitation to anyone who ask.

Many of these semi-public groups are dedicated to a popular video games. This one, for example, is the official Fortnite server on Discord.

Unlike my lonely server, the official Fortnite server is filled to the brim with channels, users, and posts. 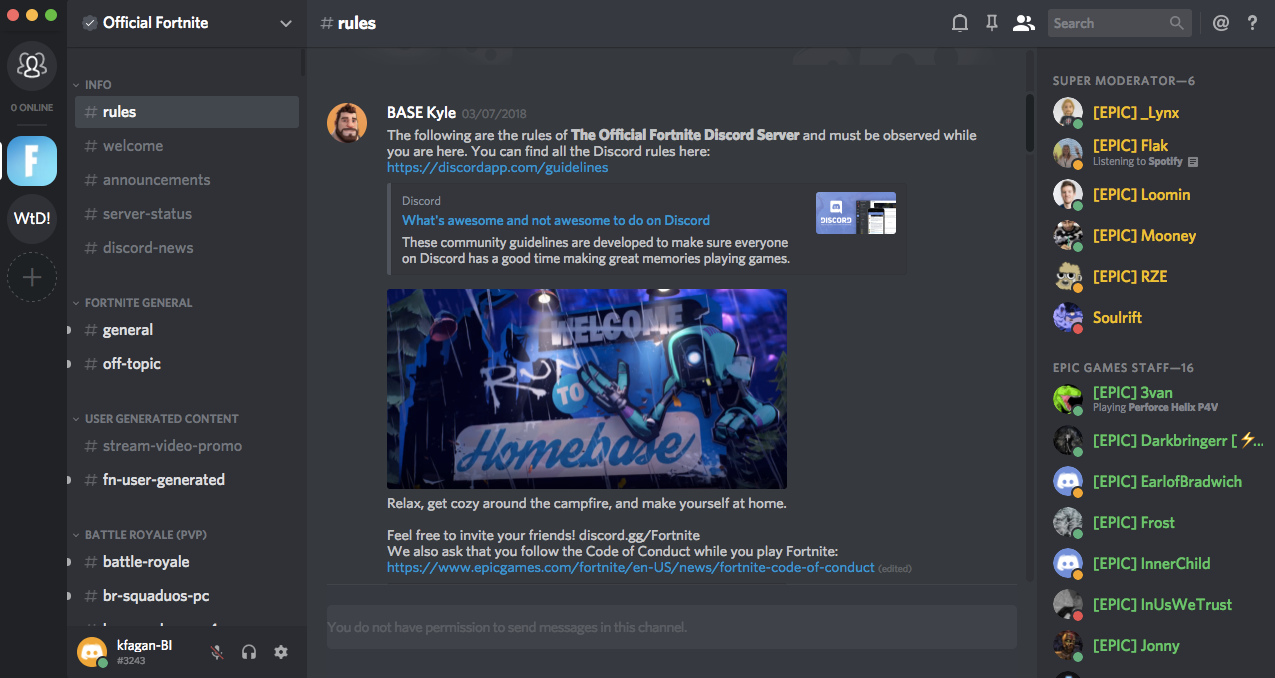 When you join the Fortnite server, you’ll immediately see a link to its rules, which are maintained and enforced by its moderators.

On the left-hand side, you’ll see hundreds of text and voice channels, all of which are devoted to particular Fortnite topics.

On the right, you’ll find the server’s member list, which includes hundreds of thousands of people. The Fortnite server includes dozens of moderators and people who work for Fortnite’s owner, Epic Games.

Also, Discord shows when members are playing particular video games. So you can see what your friends are playing at any time. 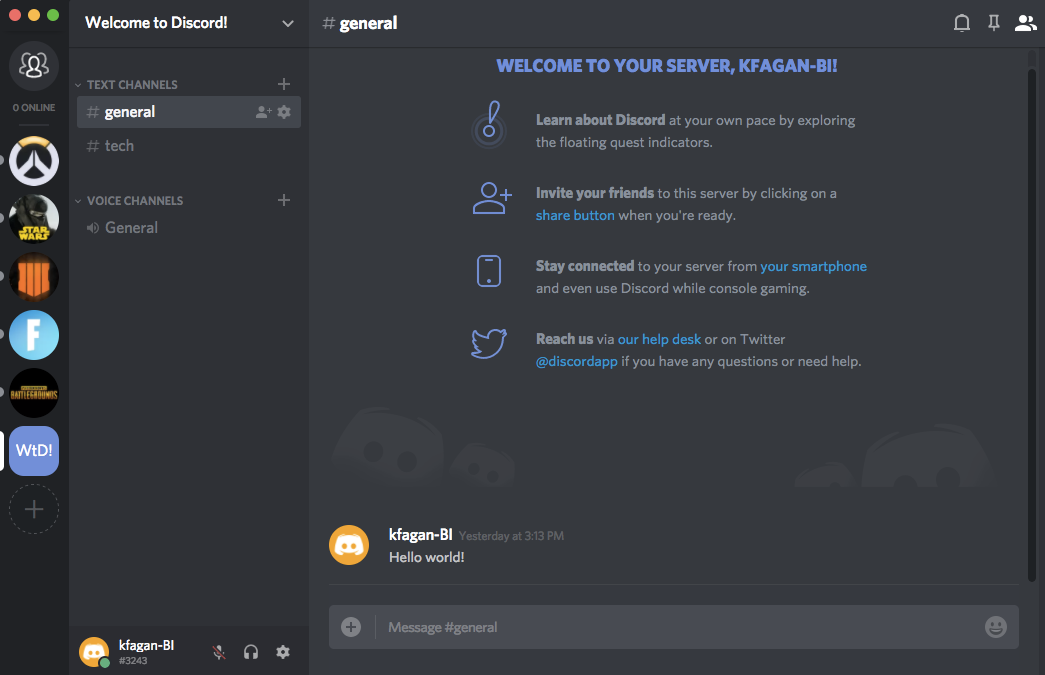 I added a few more servers dedicated to a games I like to play. I also added myself to a server dedicated to the “Star Wars” movies, one of many areas in Discord that’s not related to games. After seeing “Solo” last weekend, I wanted to find people to chat with about it.

When you join multiple servers, you can toggle between them by simply clicking their individual icons on the far left side of the screen.

You can customise your Discord experience by going into the settings area. 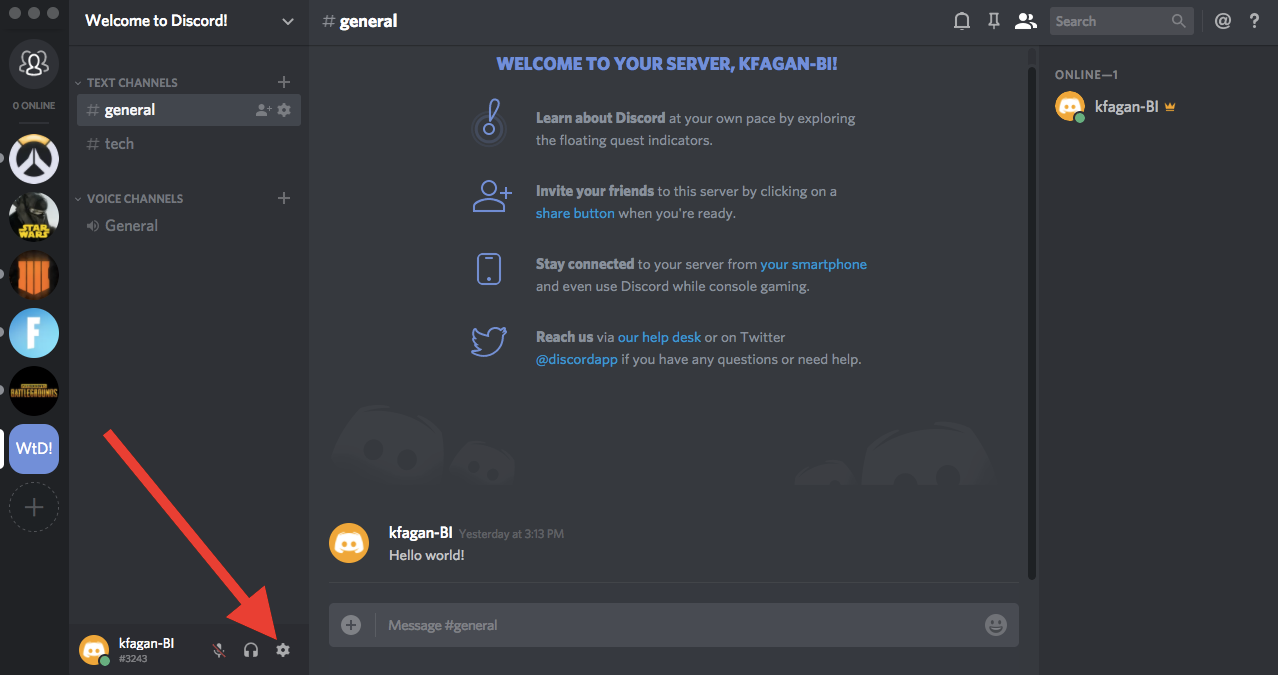 You can open the settings area by clicking on the gear icon at the bottom of the screen.

Here you can configure your security and privacy settings. 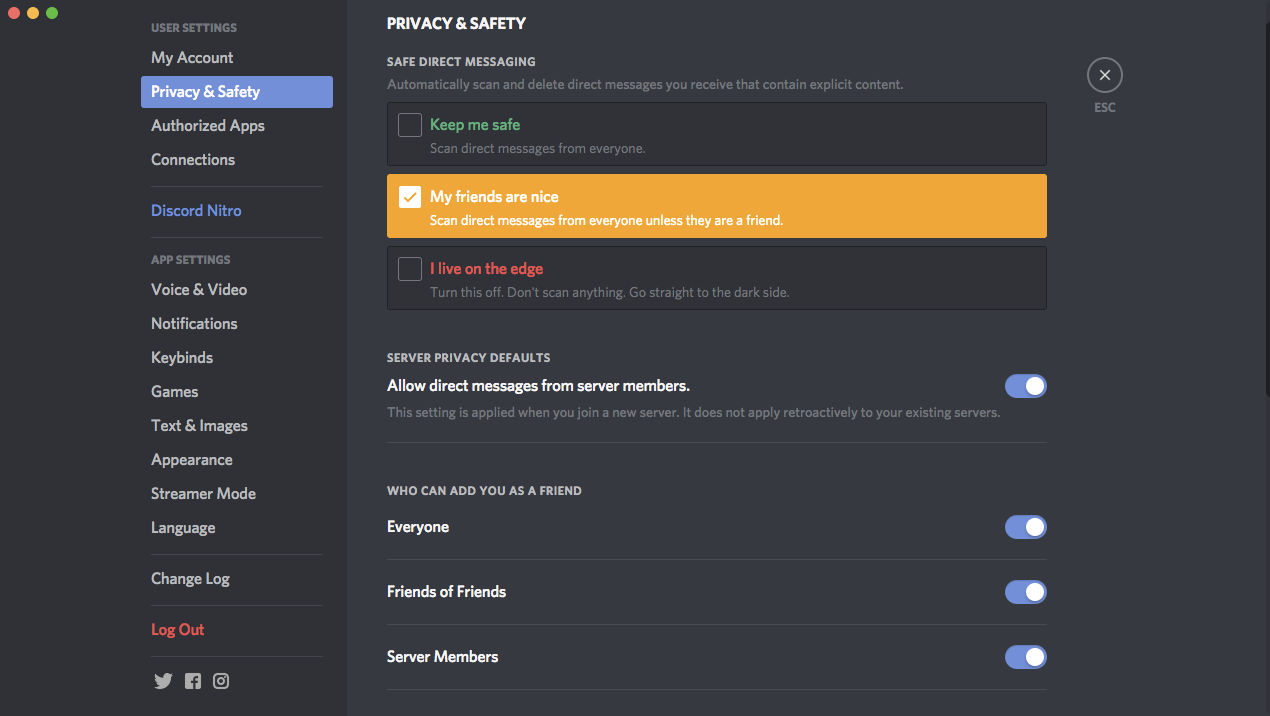 One of the things that helps Discord stand out from older chatroom-type apps, such as those offered by Yahoo and AOL, is the control it gives users.

For example, you can configure Discord to block strangers, friends, or anyone from sending you explicit content.

Discord even helps protect those who stream their gameplay. 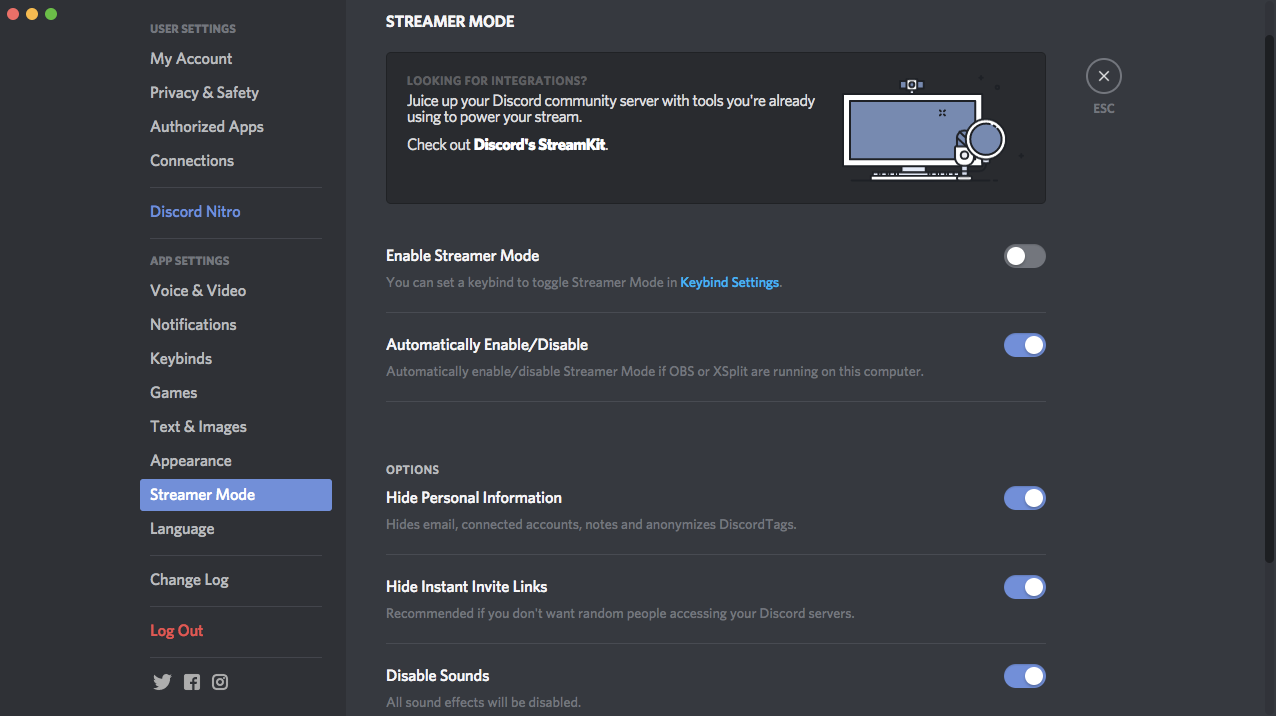 The app offers a “Streamer Mode” that will hide your personal information and other in-game information as you stream a game you’re playing or share your screen with others.

You can also optimise your audio and video settings for when you’re gaming. 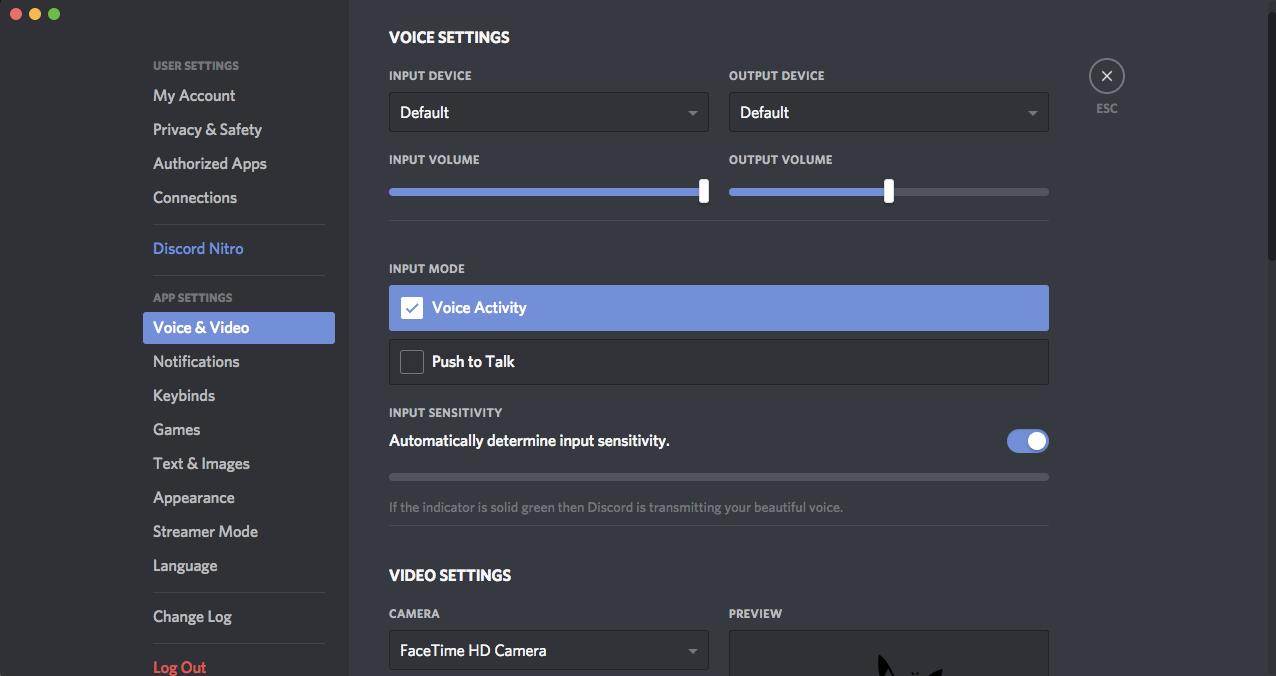 You can tweak Discord’s audio and video settings so they’re just right for when you’re playing a game or just taking part in a regular chat. It’s another way in which the app sets itself apart from other voice, video, and instant messaging services.

Whether you want to just chat with a small group of your friends while playing a game together or to interact with potentially thousands of people who share the same interest, Discord offers a sleek, user-friendly way to do it.