3 ways to reduce gym anxiety if you're new to fitness, according to 'Wonder Woman' actress and former CrossFit athlete Brooke Ence 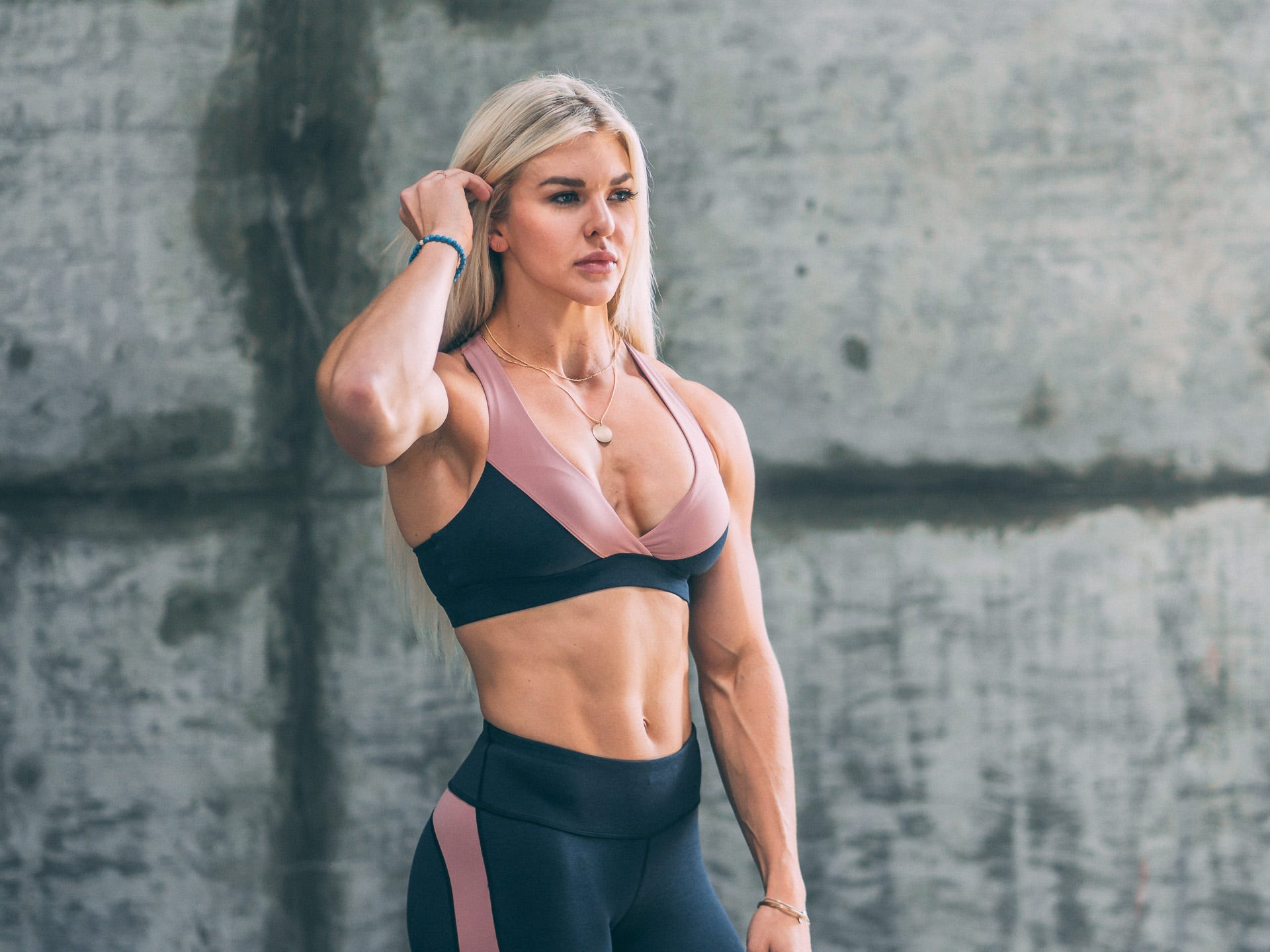 Daniel JahangardBrooke Ence previously competed as an elite athlete in the CrossFit Games and played an Amazon warrior in DC’s ‘Wonder Woman’ and ‘Justice League’ films.

Brooke Ence is no stranger to working out under pressure. As a former competitor in the CrossFit Games and more recently, playing an Amazon warrior in DC movies like “Wonder Woman” and “Justice League,” she’s used to flexing her considerable strength in front of a big audience.

“CrossFit is about doing as much as you can within your means, applying as much stress as possible, knowing your body well enough to recover from it,” Ence told Insider in an interview to promote her workout program and app, Naked Training.

As a fitness beginner, though, even walking into a gym can seem as intimidating being on the big screen. No matter what level of fitness experience you have, you can manage the anxiety and “gymtimidation,” and stop it from derailing your workout.

The key to feeling confident at the gym, according to Ence, is to focus on what you can control instead of what people might think.

The earlier you start, the better

One of the scariest parts of making a big life change, from a new workout routine to a career shift into acting, is taking the first step.

Whether it’s signing up for a 5K, stepping into a group fitness class, or picking up a barbell for the first time, every fitness journey starts somewhere, even for the most accomplished athletes.

Ence has been involved in sports since she was young, first as a dancer, and then as an athlete taking the CrossFit world by storm.

The best thing you can do for yourself is just to begin, she said, knowing that even small steps can help build your confidence and good habits to help your keep moving toward your goals.

“Everyone is on a different path. The best thing you can do is break the seal, get the first session out of the way,” she said. “The beauty of that is you’ve started, you’re on your way, even if it’s just been one session.”

A common concern among gym newbies is the fear of looking silly or having more experienced exercisers critique your form, covertly or otherwise.

But Ence said serious gym rats are likely much more concerned with perfecting their own exercises than paying attention to yours.

“Remind yourself that even though you feel like everyone is going to be looking at you or judging you, they’re really not,” Ence said. “In any gym you might find people who aren’t supportive, but a majority of people are there working on themselves.”

Even fitness pros have bad days in the gym, so take things at your own pace

The strongest, most intimidating athletes in the gym might in fact be stressing about their own self-doubt or insecurities, Ence said.

“Even those people that look like they’re put together, they have hard days all the time,” she said. “When you’re that fit and strong, it takes even longer to get better and it’s constant physical and mental training. You have self-doubt, even the people at the top.”

Anyone who’s serious about their fitness has likely also experienced failure or adversity at some point in their journey, making them more sympathetic to how beginners might be feeling, Ence said.

As such, don’t try to compare yourself or measure your success based on other people. Instead, aim for personal improvements that are realistic for where you are now, and be patient.

“You have to have a goal, and it’s going to take years, it will not happen overnight,” she said.