How to play Xbox One games on your PC in 2 ways, without having to buy the games again

If you ever wanted to play your Xbox One games on your PC, you’re in luck. Many Xbox One games can be played easily on a Windows 10 computer. This is great for homes that share one Xbox console, since you won’t have to compete to use the singular console.

There are two ways to play Xbox One games on your computer. The first method is through a service called Xbox Play Anywhere. The second option requires you to stream the game through Windows 10, which will require a constant internet connection. Here’s a step-by-step guide for each method.

If you already own a game that is included on the Xbox Play Anywhere list, you can play it on your PC for no additional charge, and you can sync your game data between your PC and Xbox One.

2. Head to this page and scroll through the list of games, and then click on the one you want to play. Keep in mind that if you don’t already own the game, you’ll need to purchase it. 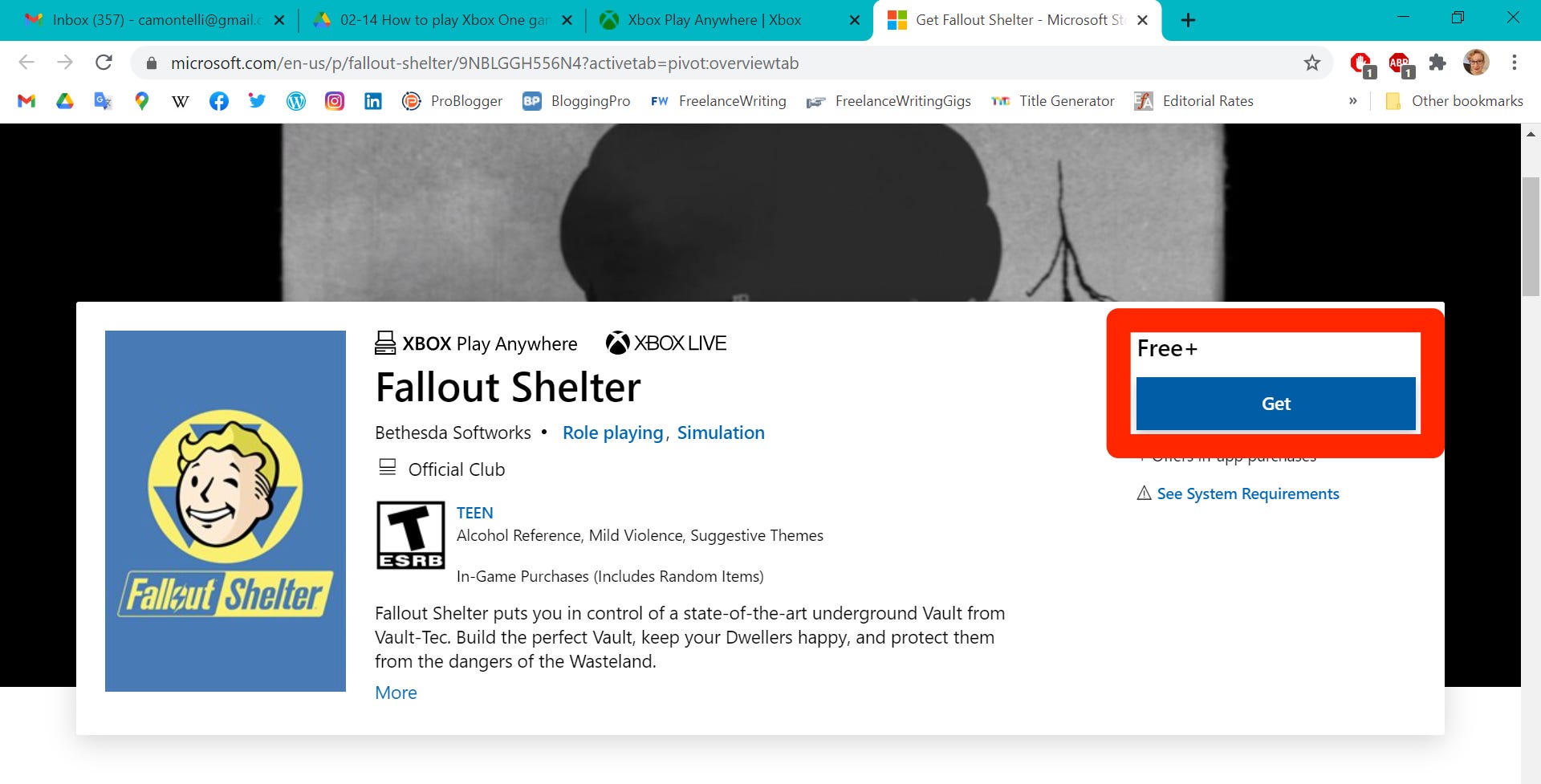 Chrissy Montelli/Business InsiderGames you don’t already own will have a price listed beside them.

3. Click “Get” or “Install.” If a pop-up appears requesting that you use the Microsoft Store app, click on the option that allows you to do so.

4. Once the game finishes installing, click “Play” to launch the game. Have fun! 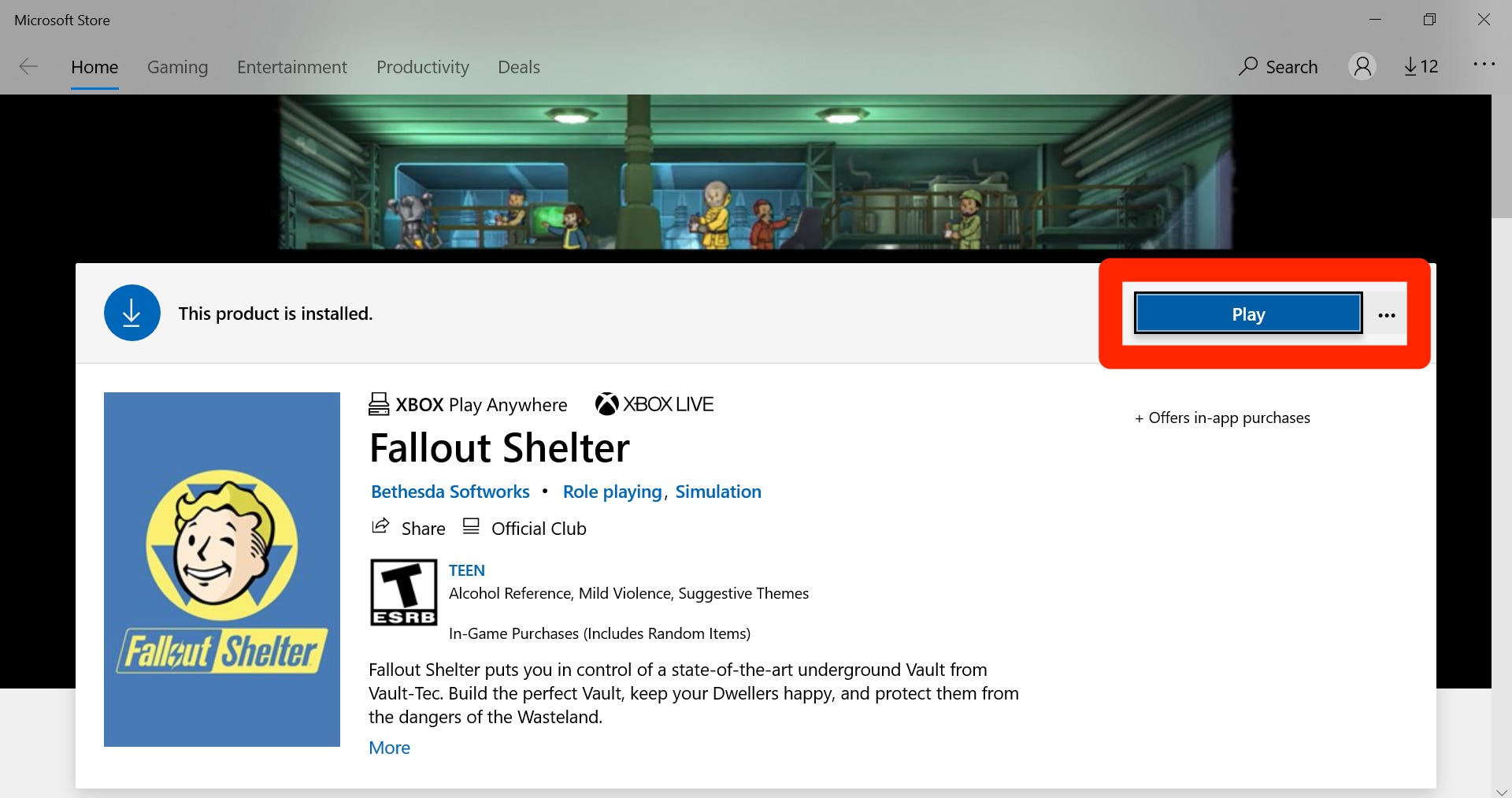 Chrissy Montelli/Business InsiderYou might need to install and play the game through the Microsoft Store.

If the game you want to play remotely isn’t included on the Xbox Play Anywhere list, your only other option is to play it via streaming.

To do this, your PC and Xbox One will need to be on the same internet connection. You’ll also need to make sure that both systems stay connected to the internet – if you lose your connection, you’ll lose the stream.

You should also make sure that both devices are fully updated. If there are any updates pending, install them.

1. On your Xbox One’s Home screen, press the Xbox button on the controller.

2. Navigate to the Profile & System tab, and select the “Settings” option. 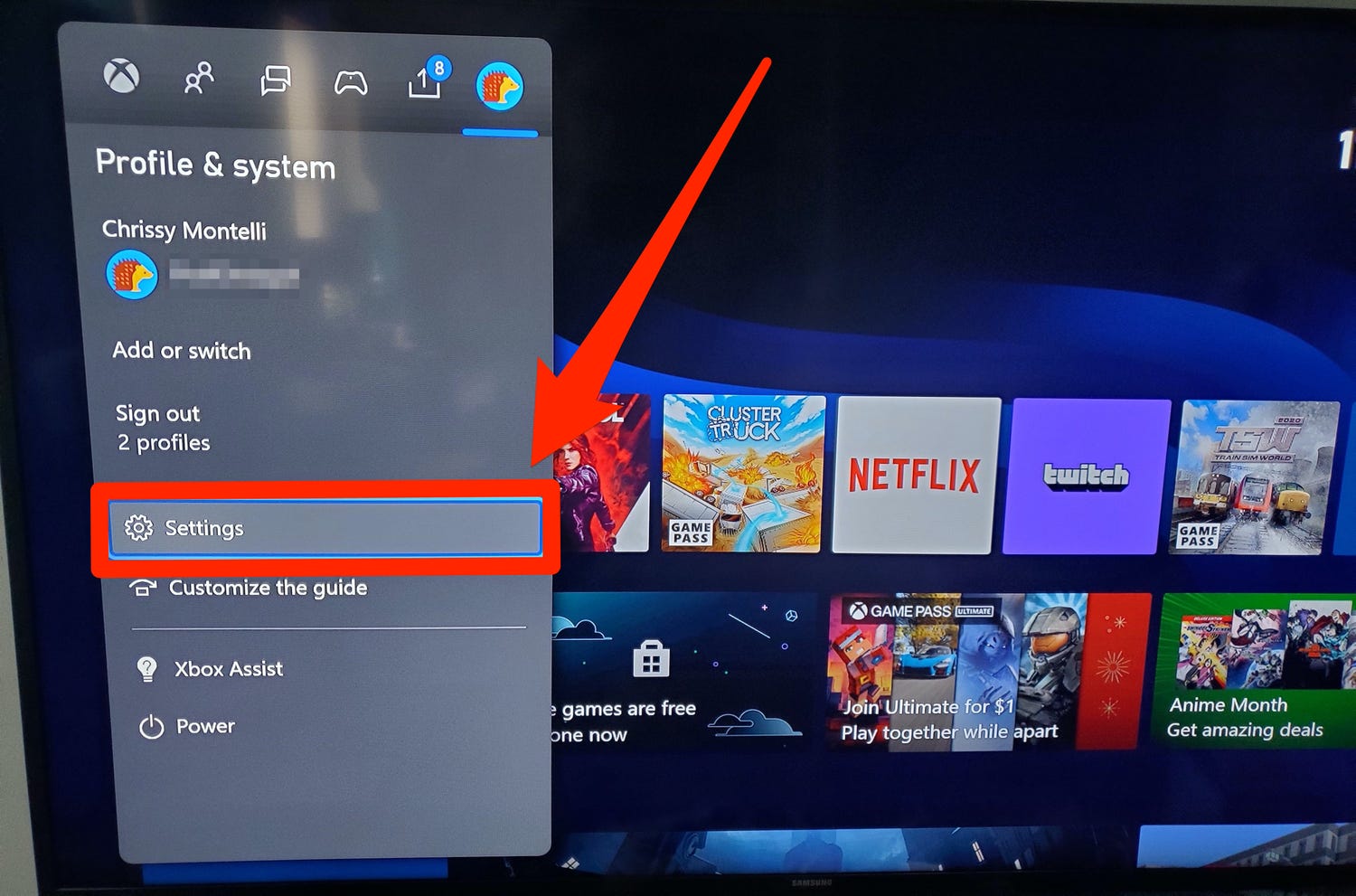 3. In to the “Devices & connections” tab, select “Remote features.” 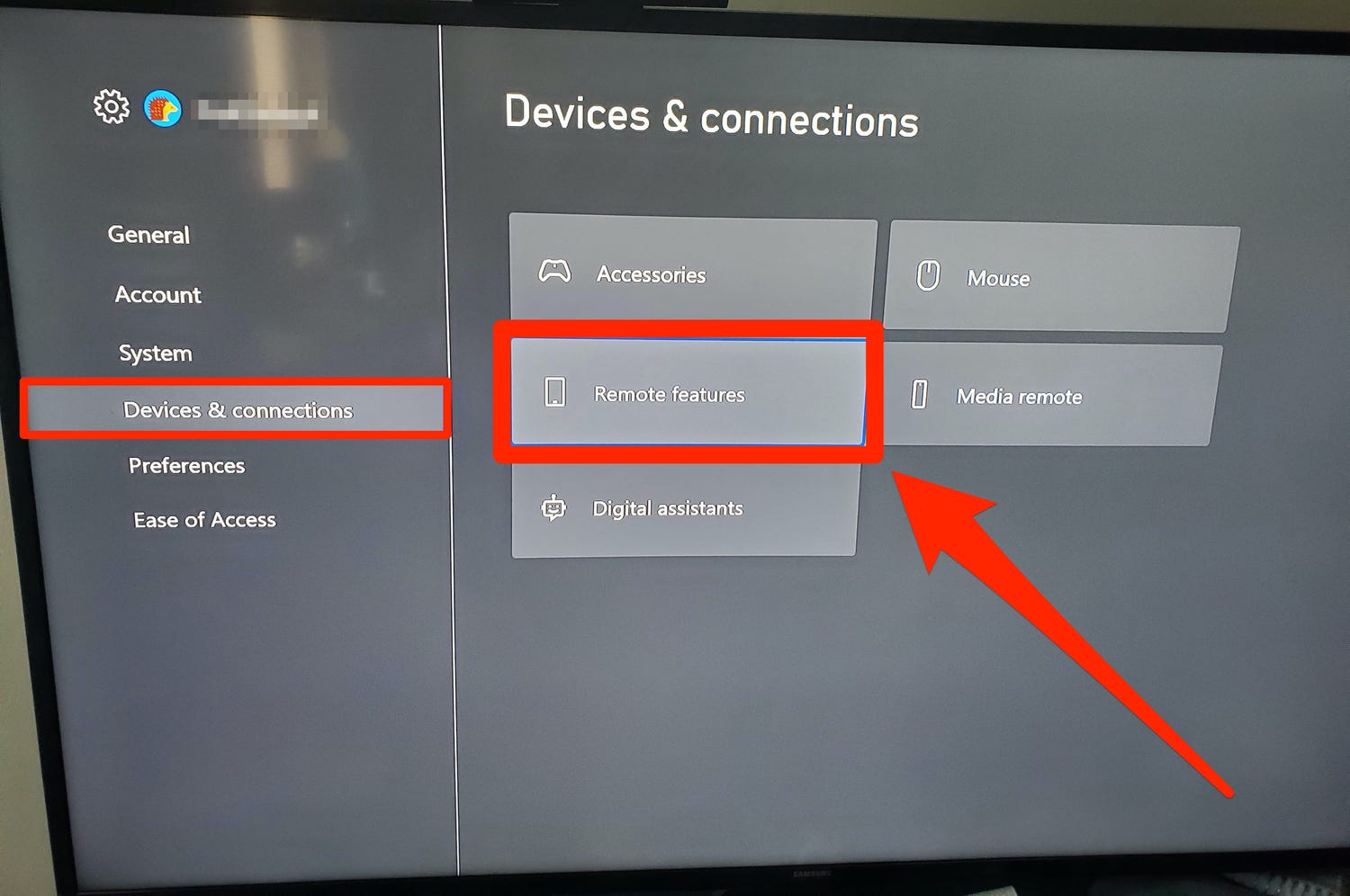 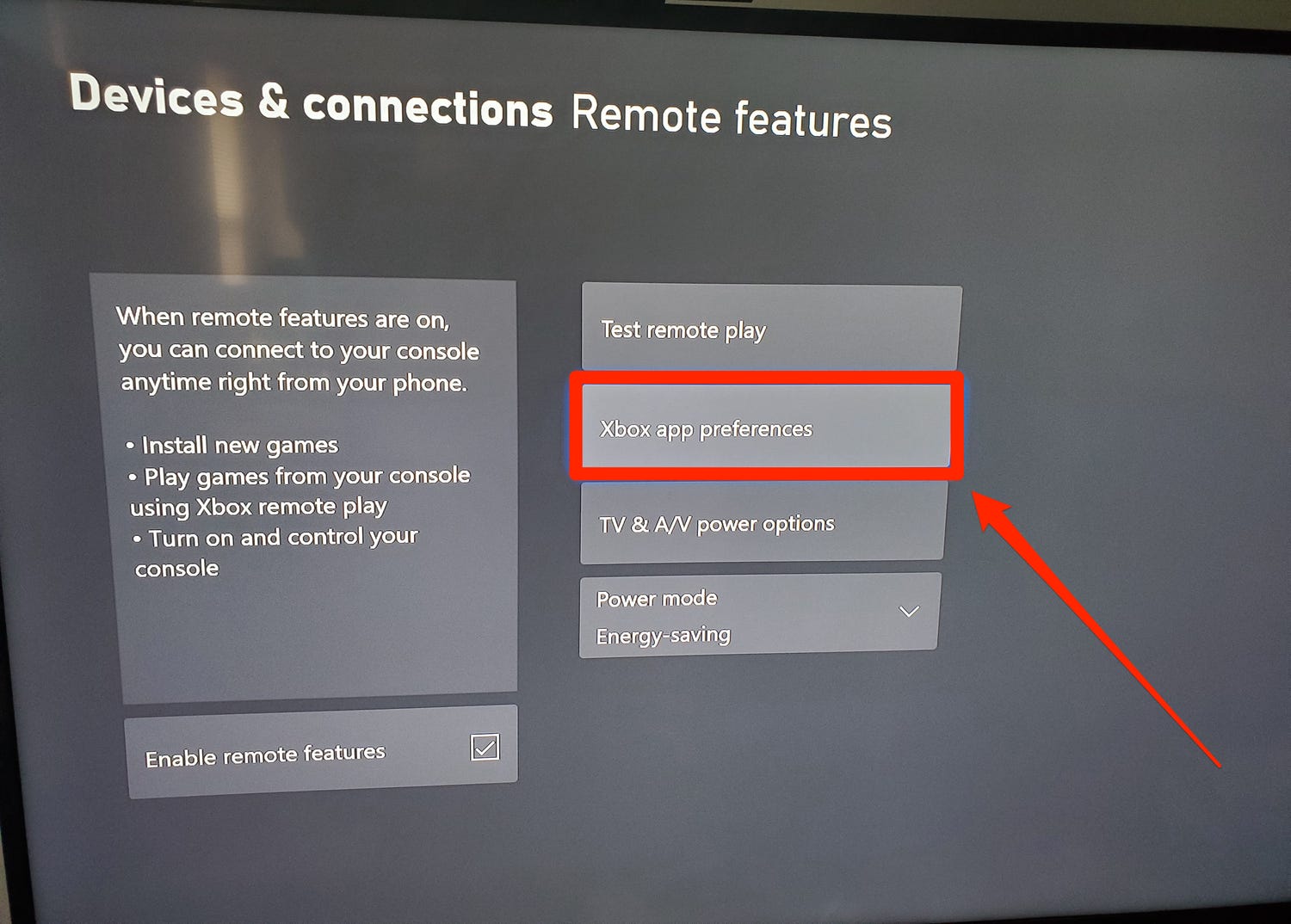 Chrissy Montelli/Business InsiderThe Xbox app is what you’ll use on your PC to stream games. 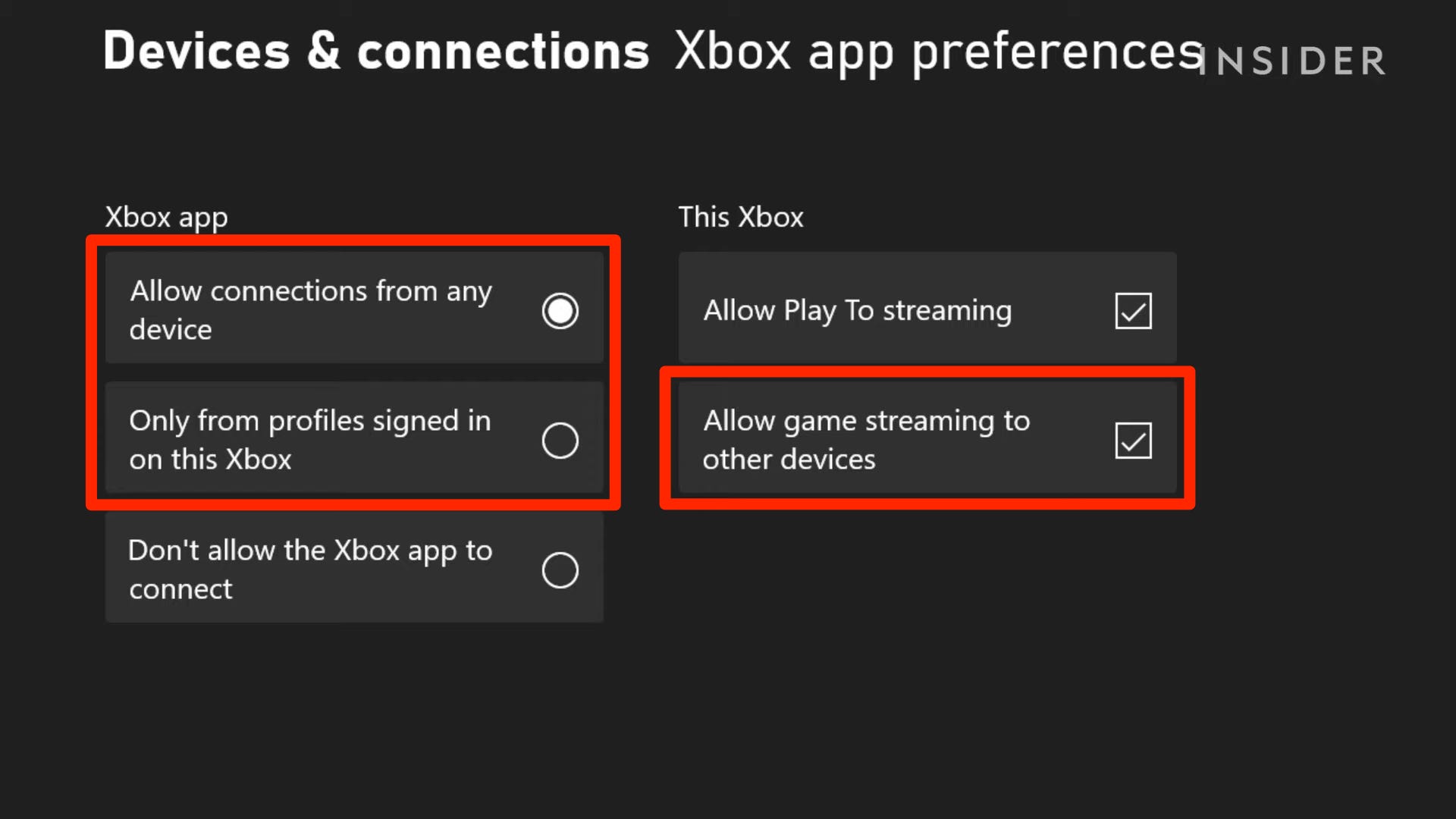 Jeremy Dreyfuss, Justin Gmoser/Business InsiderMake sure that you set up both the Xbox app and your own Xbox.

6. Using either Bluetooth or a USB connection, connect your Xbox One controller to your PC.

7. On your PC, click the Start button and type “Xbox Console Companion” into the search bar. Once it appears, click “Open.” 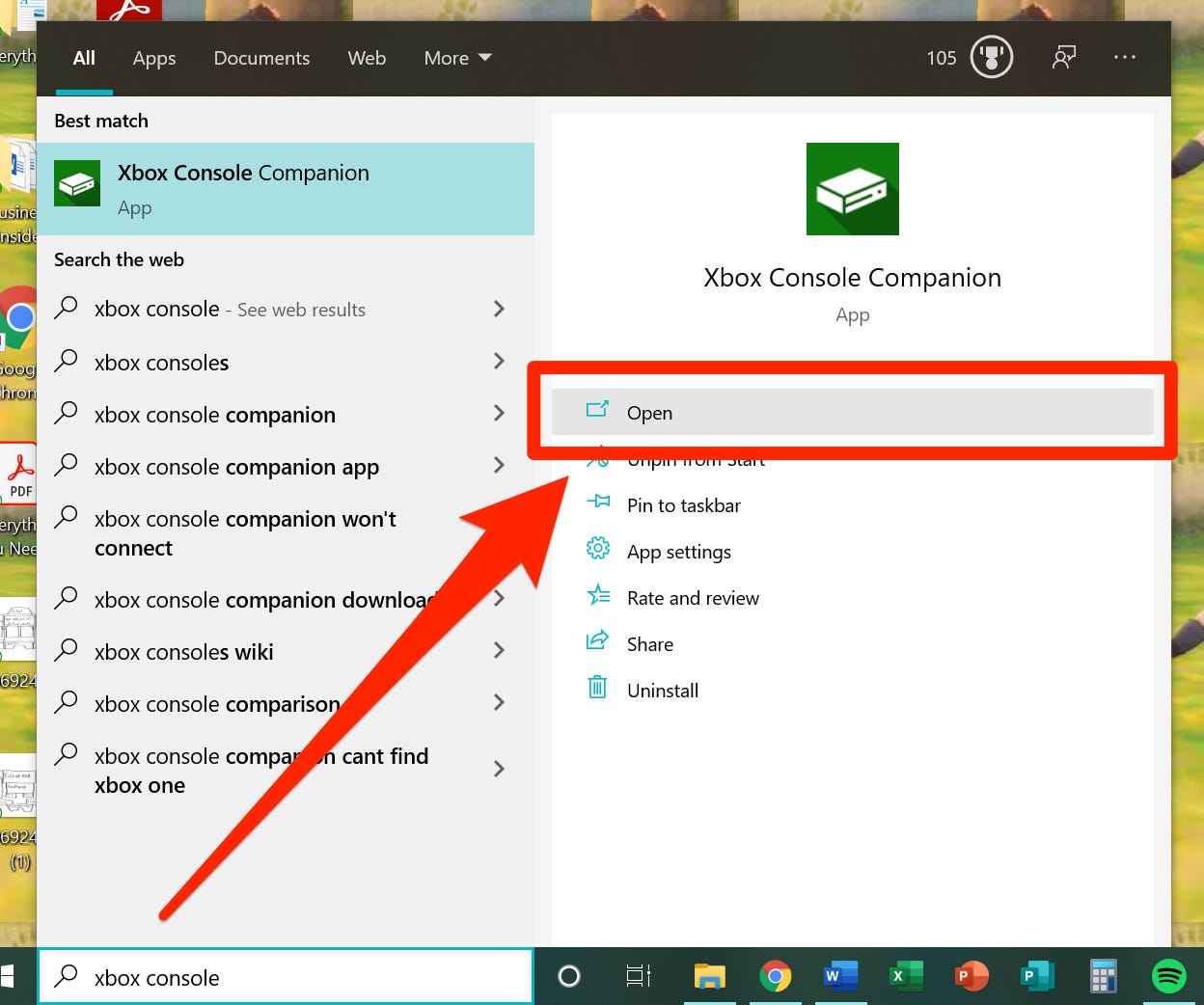 8. On your PC, open the Xbox Console Companion app. On the left sidebar, click on the icon that appears to resemble an Xbox console. When you hover your cursor over it, it will say “Connection.” 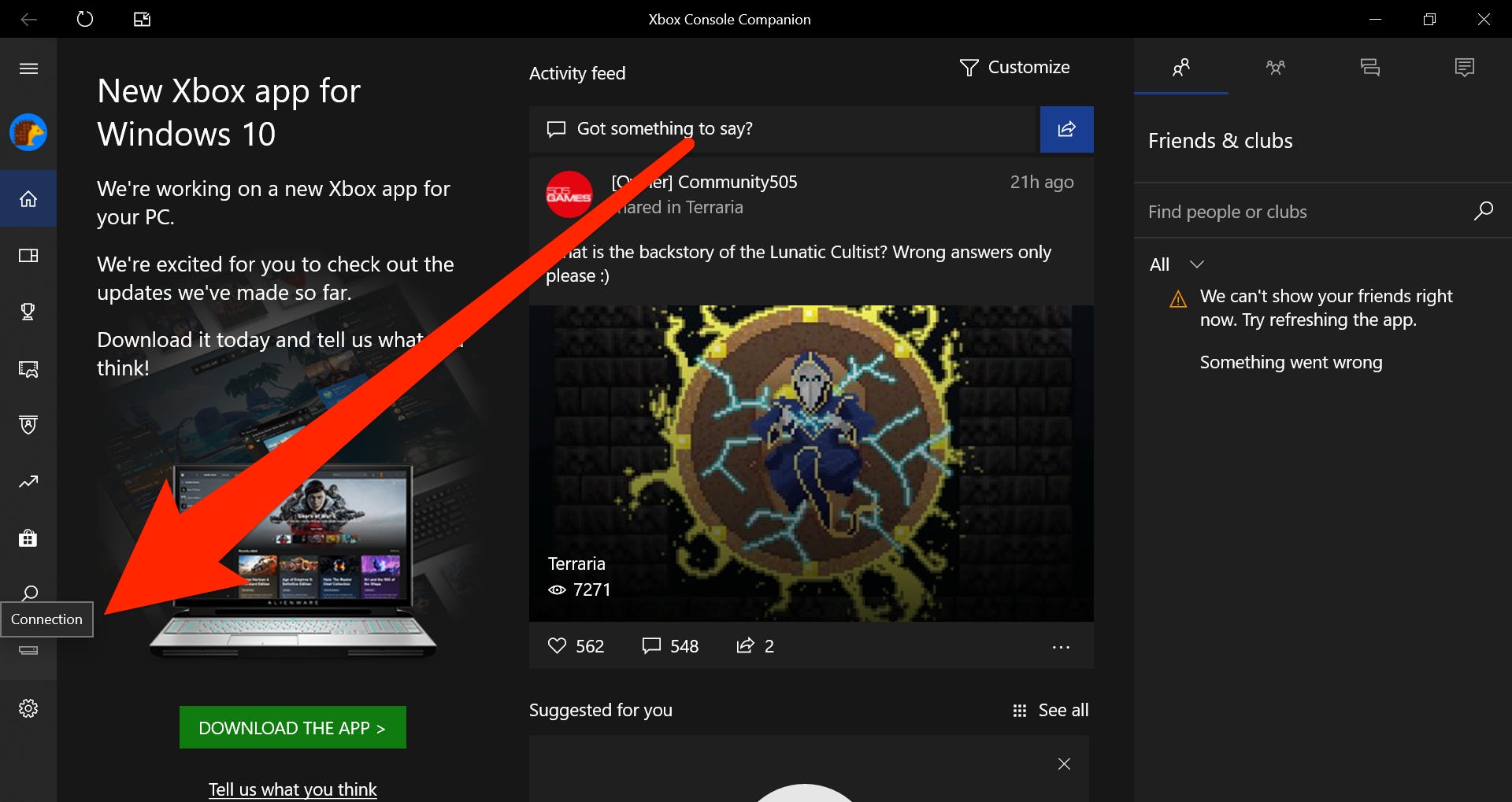 Chrissy Montelli/Business InsiderClick on the ‘Connection’ button on the left sidebar.

9. Click on the Xbox console you wish to connect to. 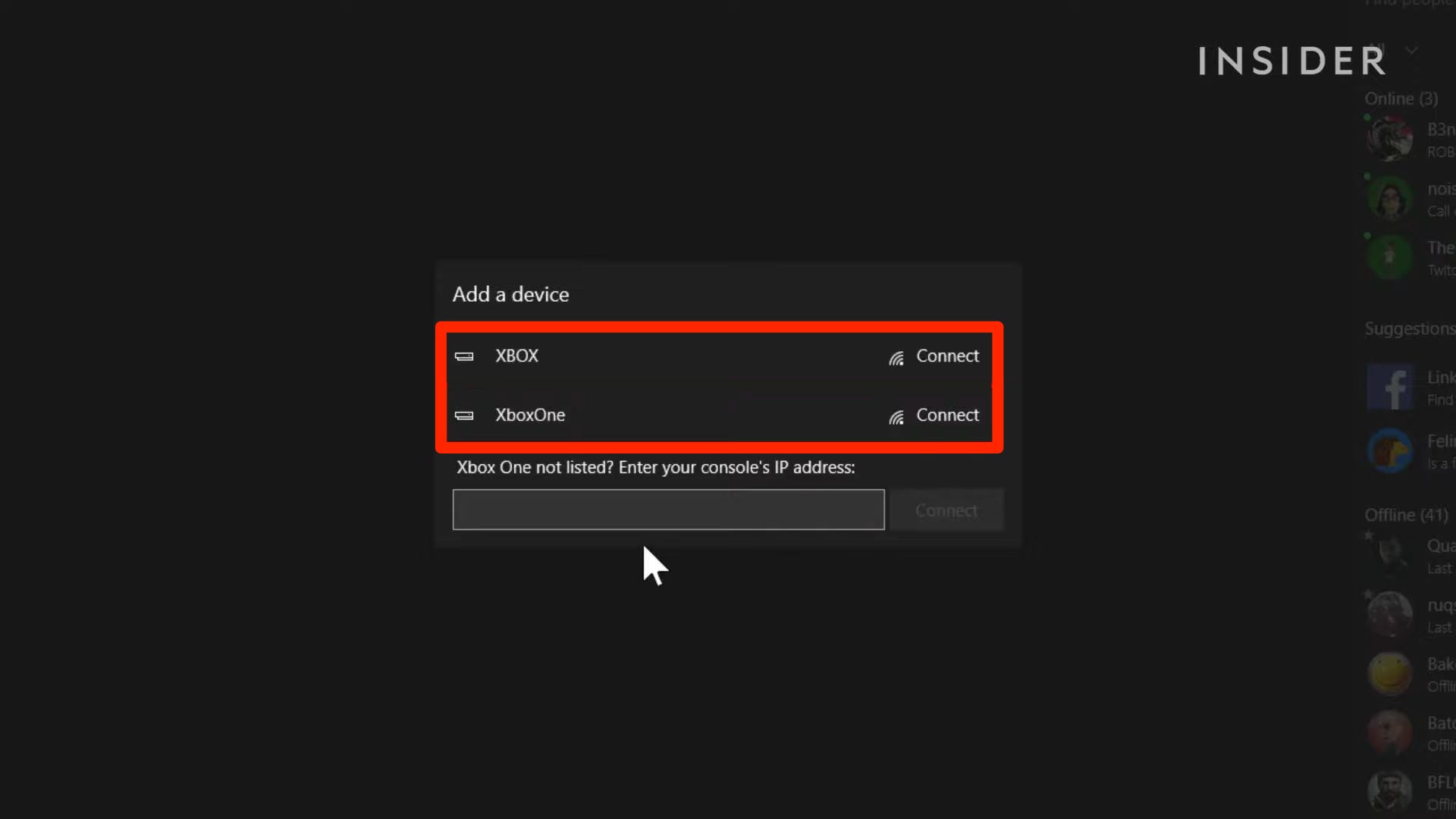 Jeremy Dreyfuss, Justin Gmoser/Business InsiderIf you have multiple consoles on the same network, you’ll be able to connect to any that you’ve set up. 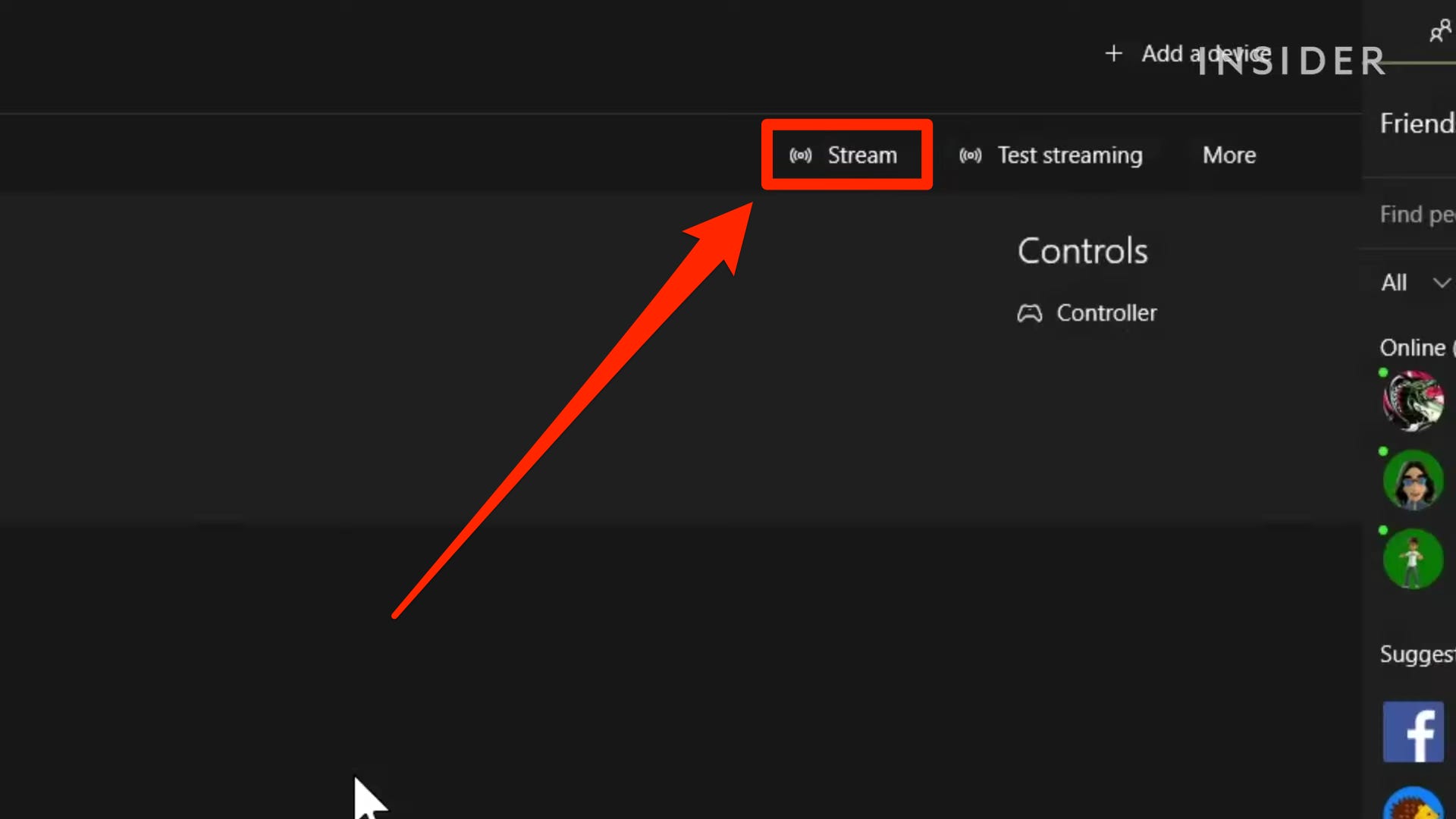 Jeremy Dreyfuss, Justin Gmoser/Business Insider‘Stream’ will be near the top-right corner.