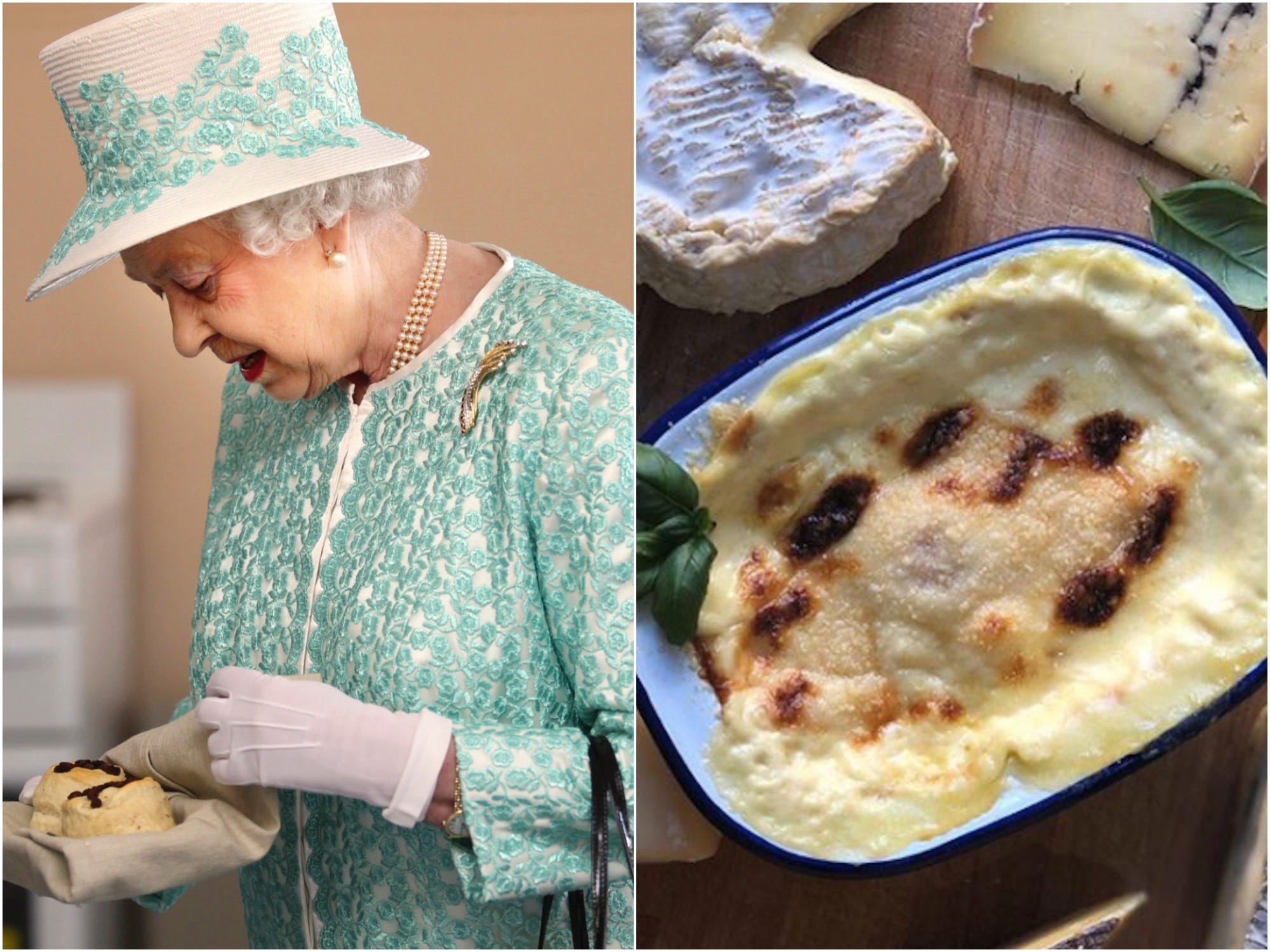 The Queen serves scones at her Buckingham Palace garden parties every summer. 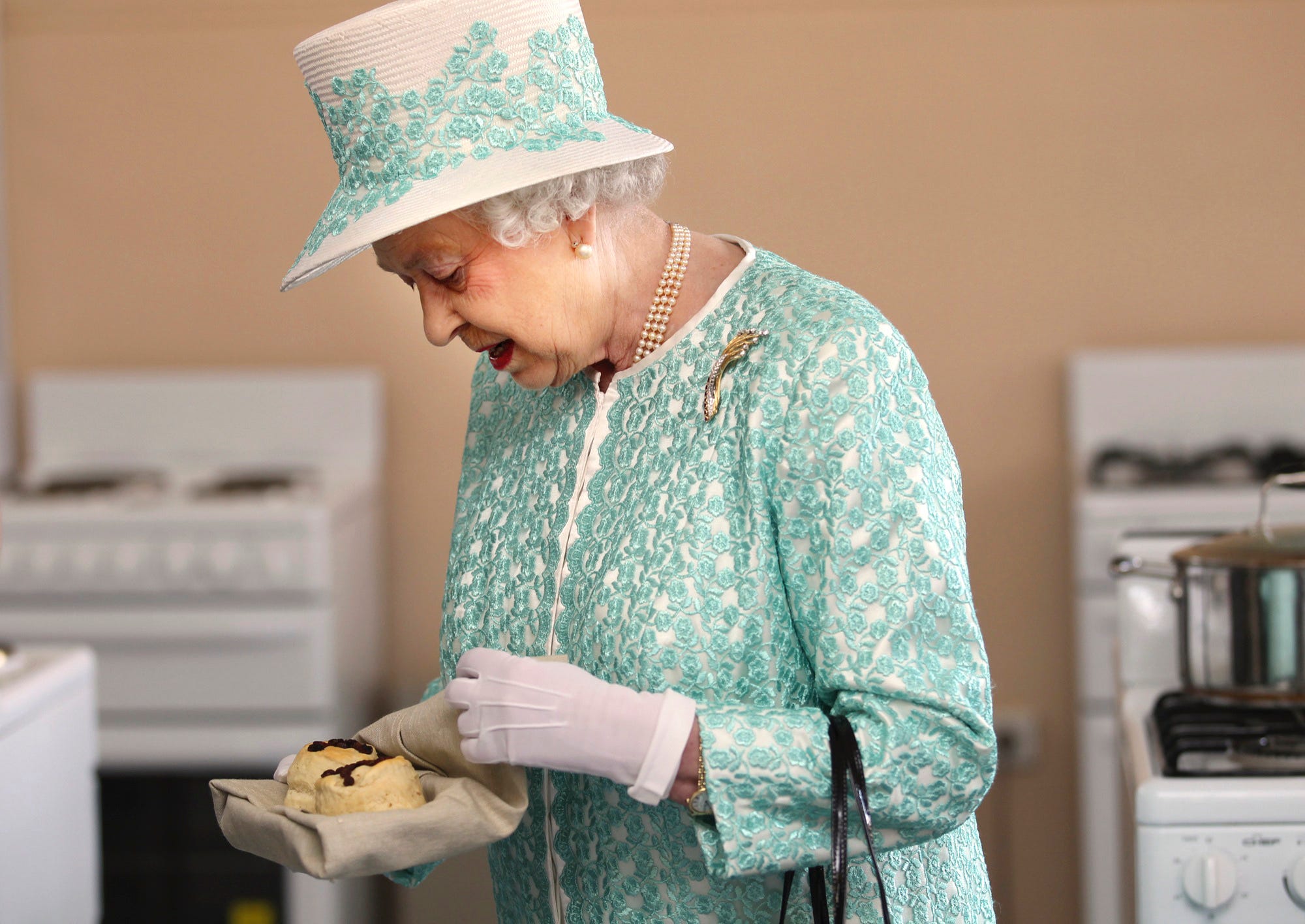 According to the royal pastry chefs, the Queen’s scones are usually served with sultanas in them. 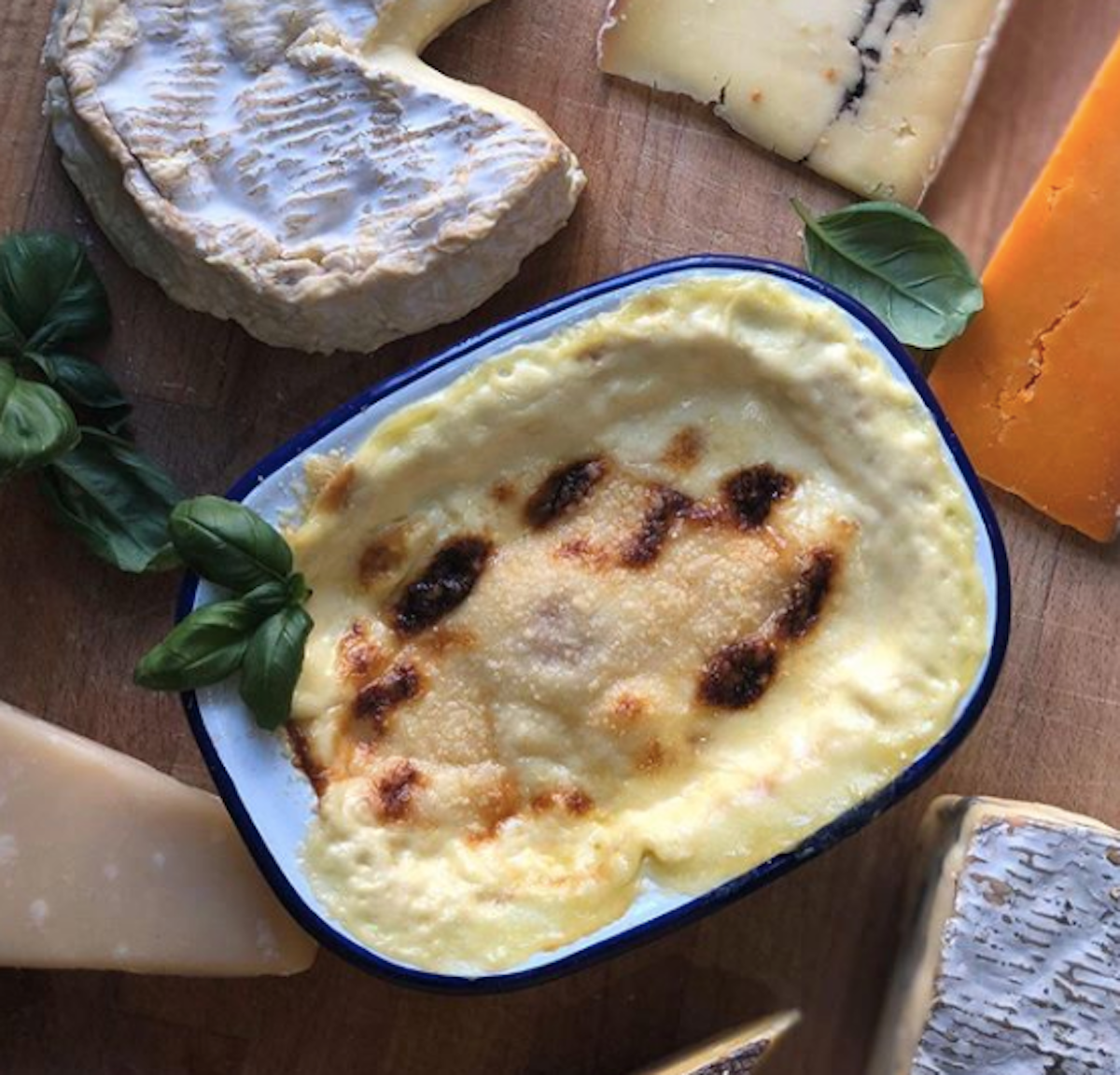 You can make Meghan Markle’s favourite maple-glazed potato wedges with a recipe she shared before she was royal. 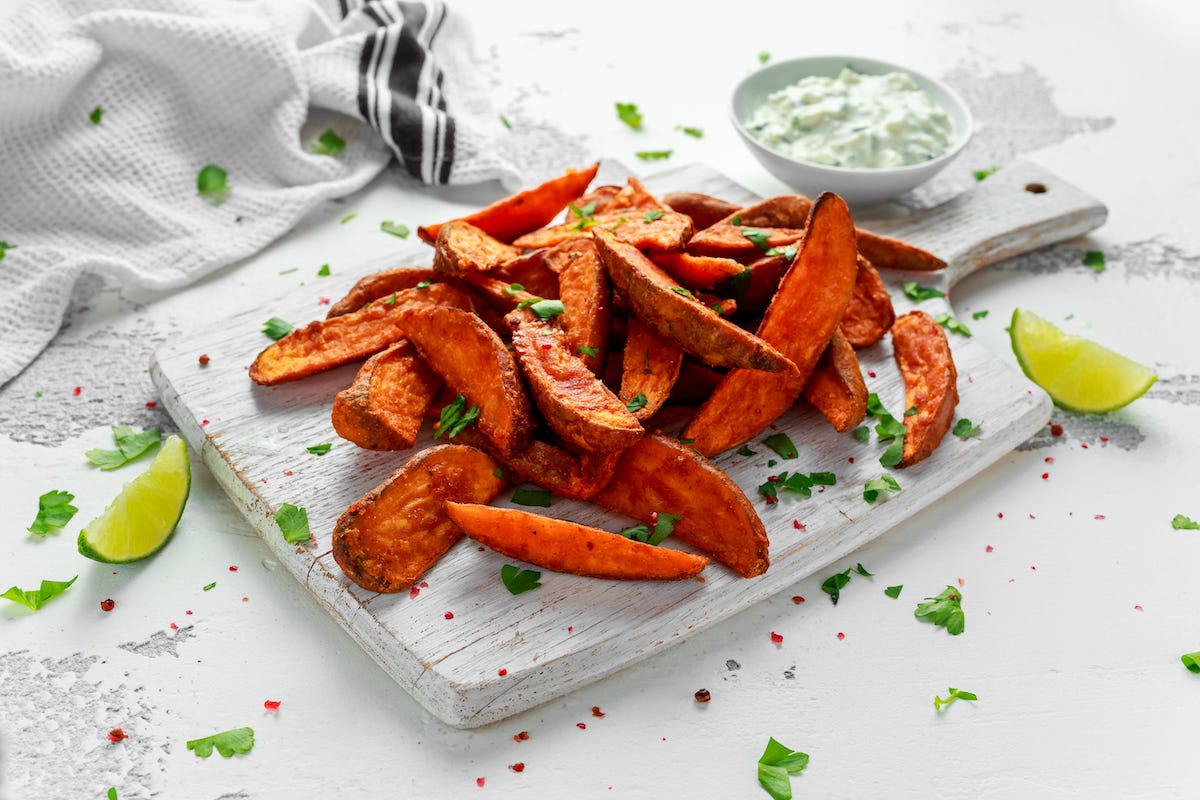 The Duchess of Sussex shared the recipe in an interview with Grazia back in 2015, where she gave tips on how to host the perfect Christmas.

“If you’re like me, you end up buying way too much of everything for holiday meals. So whether you have leftover sweet potatoes or simply want to revamp the classic holiday side, these maple glazed potato wedges are crave-worthy,” Markle said.

“With the slight kick from cayenne and the brightness of the added lemon, they will be a crowd favourite.”

Here’s the recipe in full: 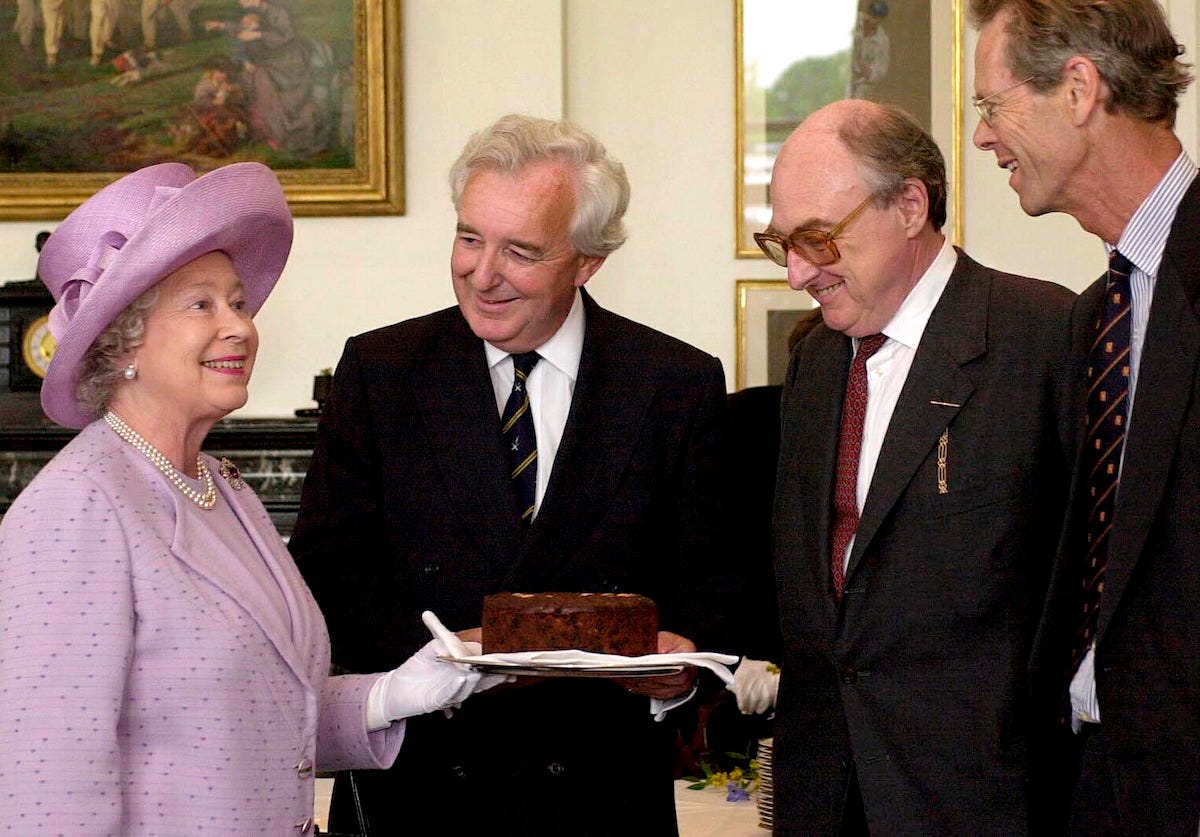 “This cake is probably the only one that is sent into the royal dining room again and again until it has all gone.” 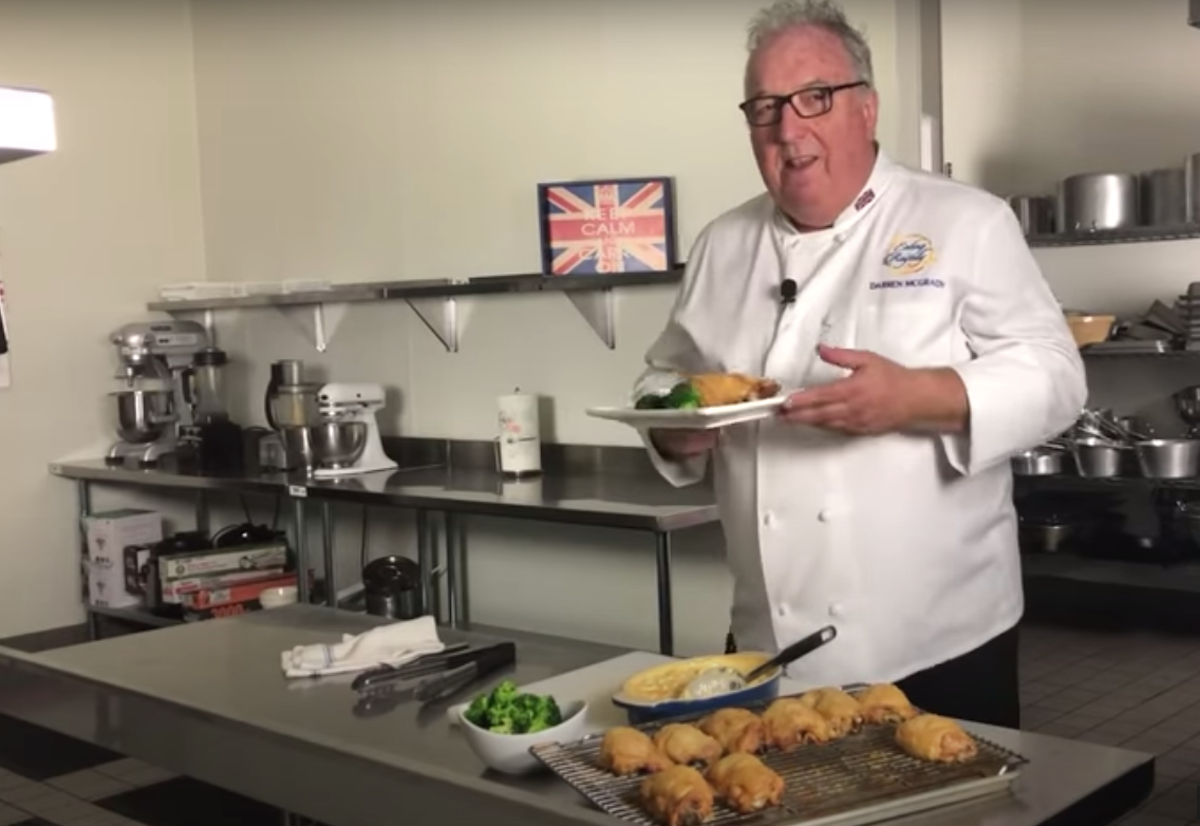 McGrady, who worked as a personal chef to Princess Diana after leaving his post at Buckingham Palace, shared the tutorial on his YouTube channel.

“All you need for a perfect roast chicken is chicken thighs, and season them with salt,” McGrady said.

After putting the chicken in the oven, the chef demonstrated how to make the mac and cheese.

“It’s so easy to make from home, all you need to put in there is butter, flour, milk, cream, cheddar cheese, parmesan cheese, and salt,” he said. “Don’t tell me you still use that packet mix.” The Royal Family via TwitterRoyal cupcakes were engraved with the Queen’s initials for her birthday.

The recipe below was shared by royal chefs to mark the Queen’s 94th birthday back in April:

Ingredients for the buttercream topping: 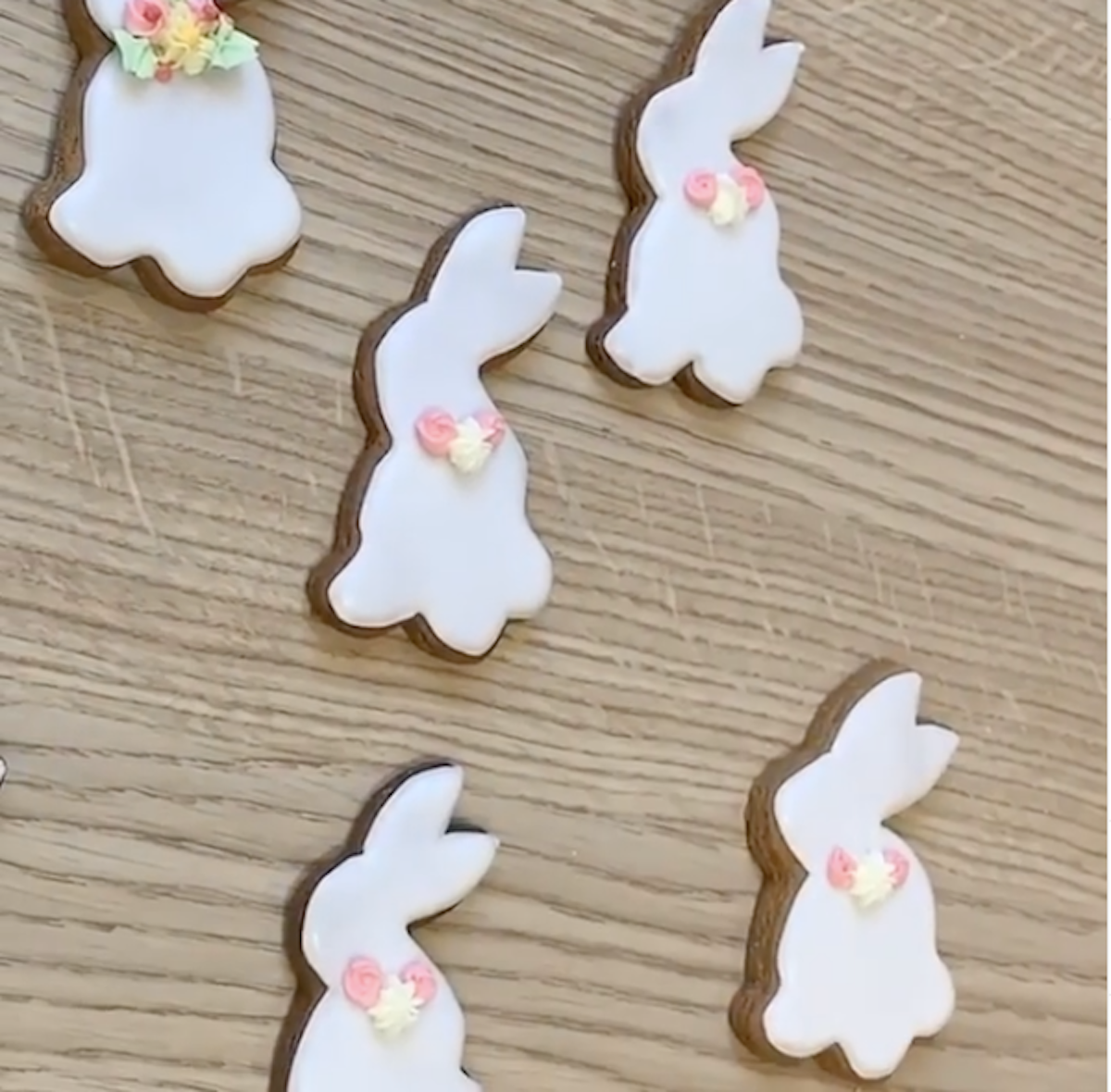 Although specified as an Easter recipe, these cookies can be made to fit any occasion or time of year – simply change the shape and the decorative ingredients to something more fitting.

“The Royal pastry chefs are excited to share their ‘Spiced Easter Biscuits’ recipe with you to enjoy over the Easter weekend,” a spokesperson for the royal family wrote on Instagram back in April.

“Chefs hats at the ready, let us see your creations by tagging #RoyalBakes!” they added.

It can be Christmas all year round with Markle’s almond spiced holiday cocktail recipe. 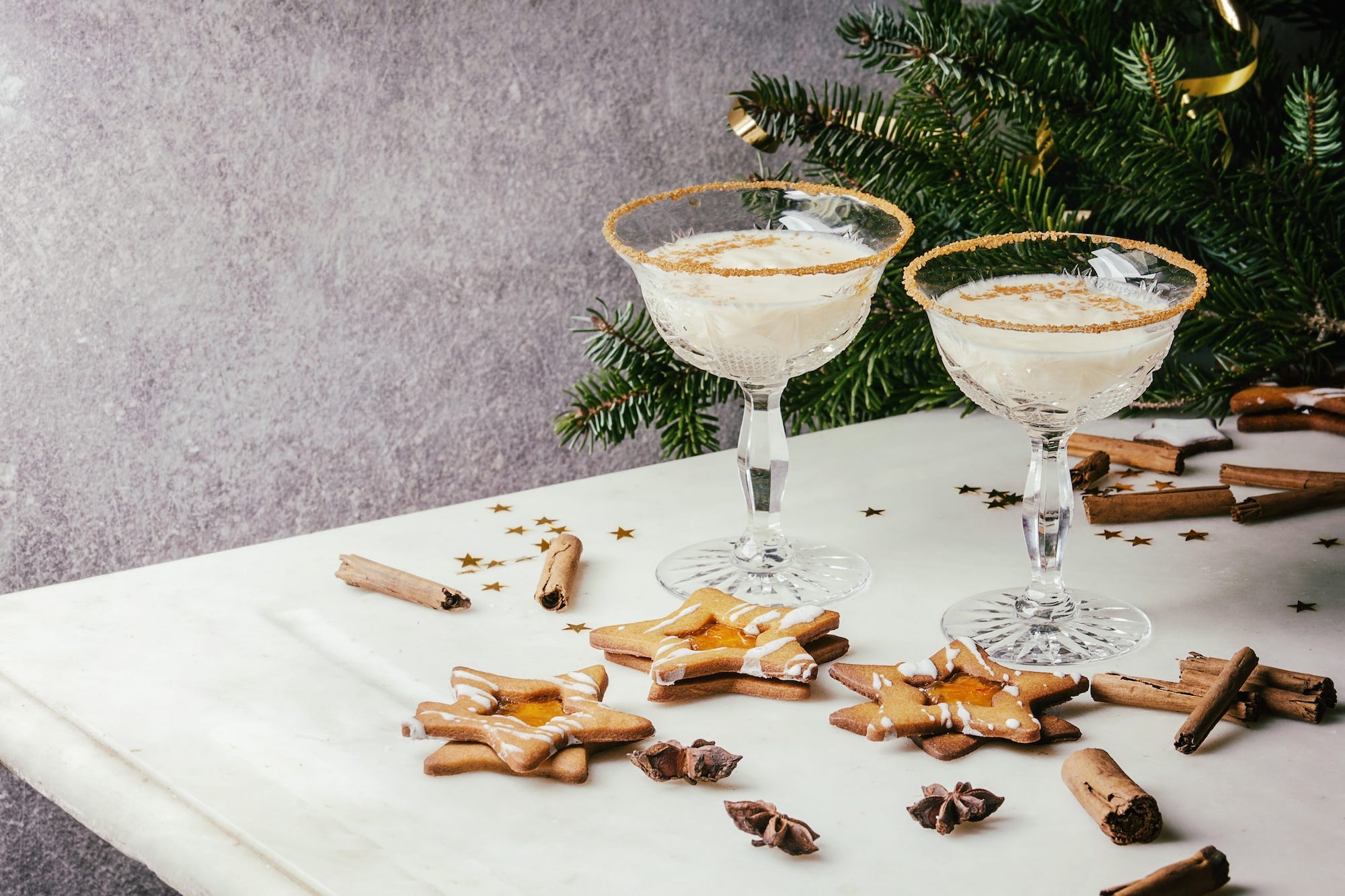 Here’s the recipe in full, shared by Markle in an interview with Grazia:

The popular Victoria sponge cake was named after Queen Victoria, and the recipe is still used by royal chefs today. 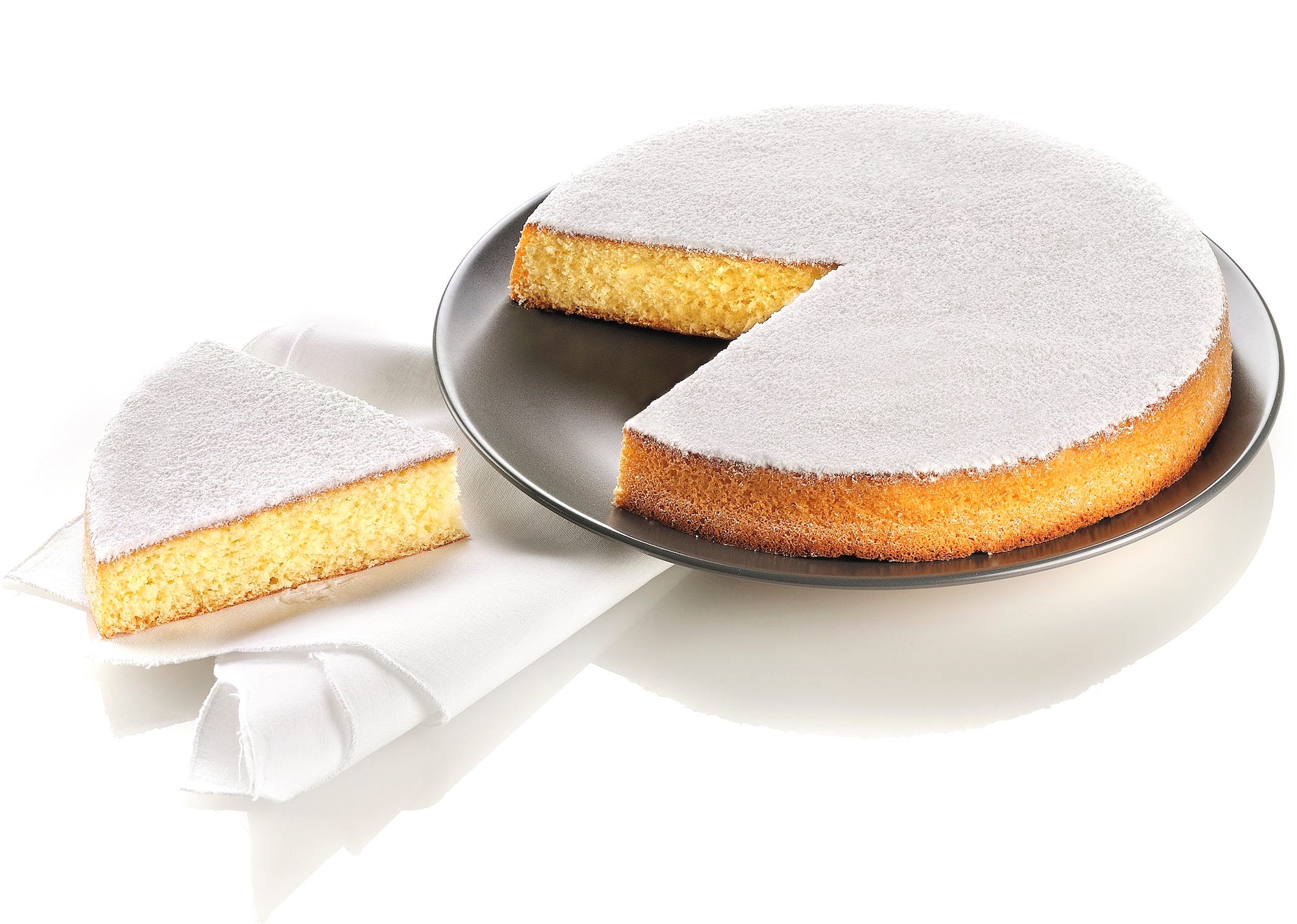 Along with scones, the tasty treat is served at the Queen’s garden parties every summer.

Ingredients for the sponge:

Ingredients for the buttercream:

To assemble the cake:

The Duchess of Sussex has been a fan of chicken adobo for years. 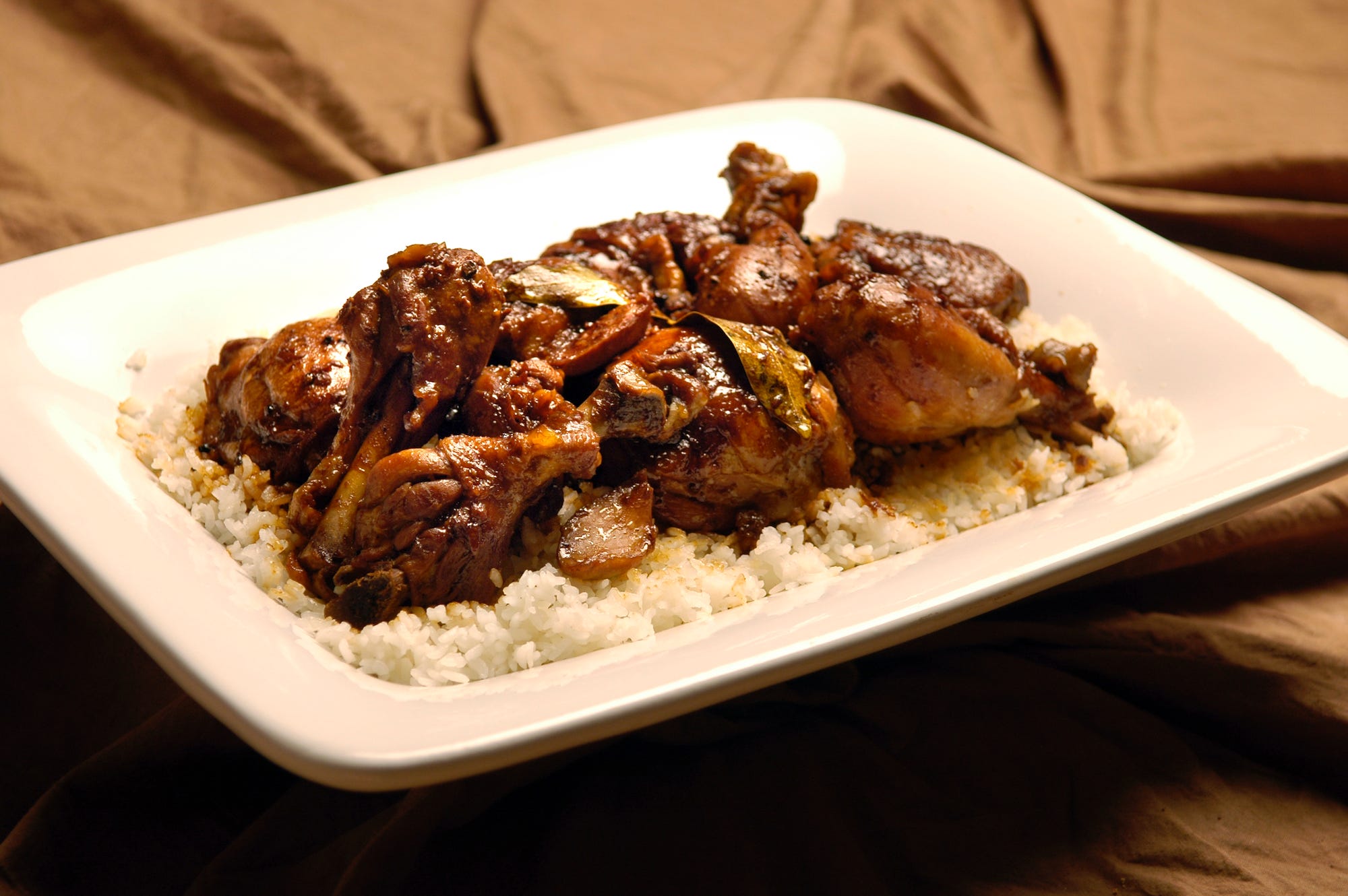 Markle shared her recipe for the chicken dish back in 2012, according to Hello! Magazine.

“I enjoy making slow-cooked food on Sundays, like Filipino-style chicken adobo,” she said.

“It’s so easy – combine garlic, soy (or Bragg Liquid Aminos), vinegar, maybe some lemon and let the chicken swim in that sauce until it falls off the bone in a Crock Pot.”

Here’s the recipe, as cited from Hello! Magazine: 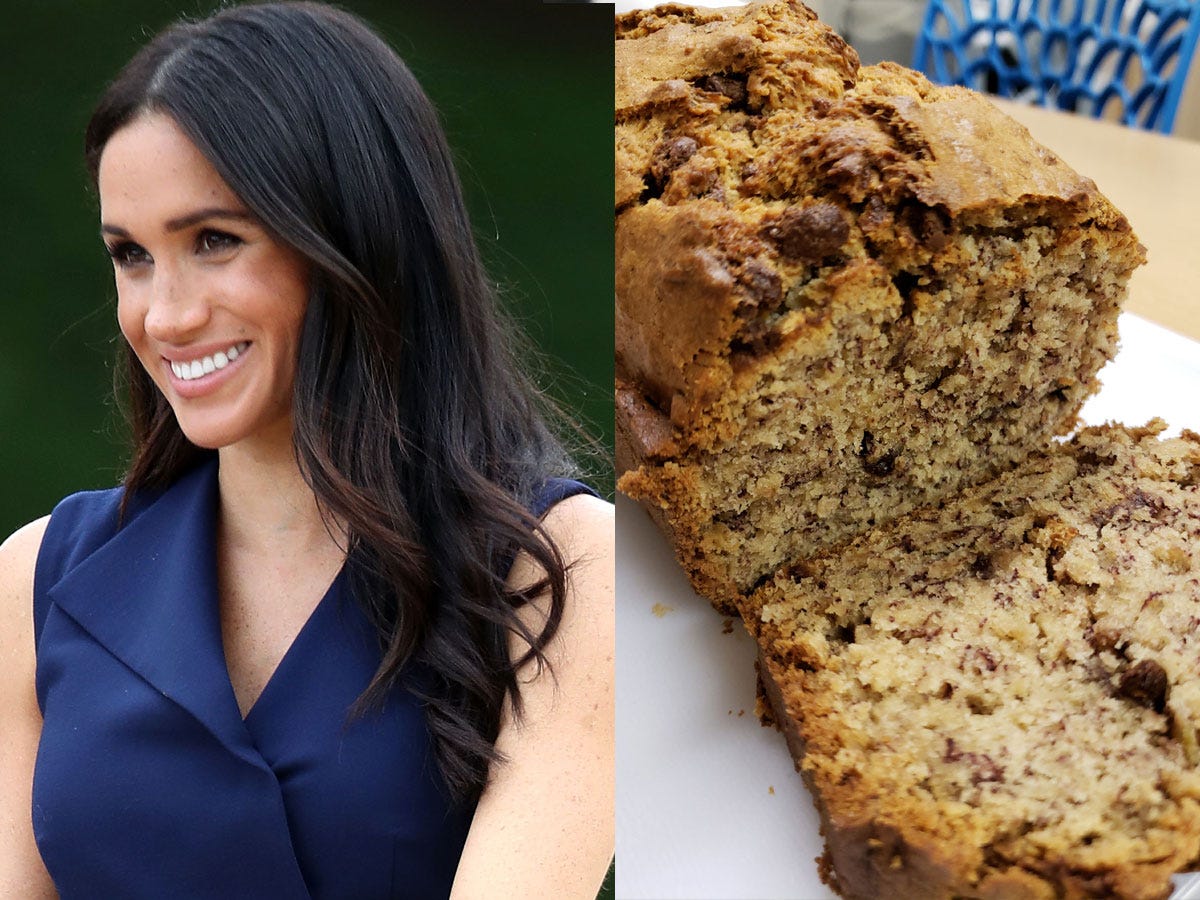 The duchess hasn’t shared the exact recipe for her version of banana bread, but there are two special ingredients she uses that you can implement in your own: chocolate chips and ginger.

Insider’s Nasha Smith tried the ingredients in her own recipe, and the results looked pretty tasty.

I made banana bread with Meghan Markle’s secret ingredients, and it was delicious

Here’s everything Meghan Markle eats and drinks for breakfast, lunch, and dinner

I took a ‘quarantine etiquette’ class with the royal family’s former butler, and it completely changed my lockdown experience