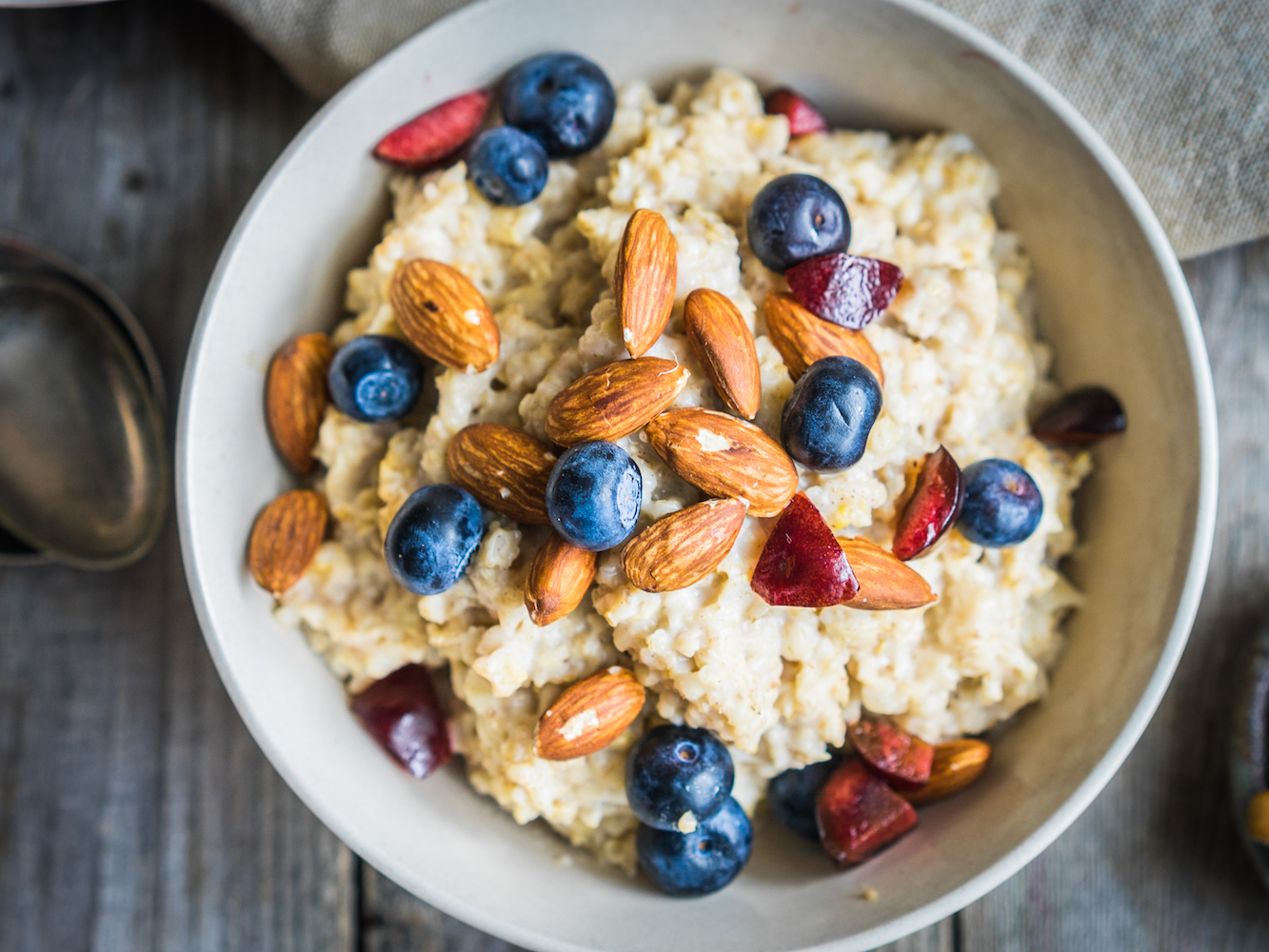 There’s something about restaurant oatmeal that always makes it better than the kind you make at home. It’s perfectly creamy, not goopy, and has a certain flavour profile that you can’t quite figure out how to accomplish.

So we asked an expert, chef Nate Weir, vice president of culinary operations at Modern Market Eatery, for his best tips to make your homemade oatmeal taste like it came from a restaurant.

Here are some easy ways to hack a bowl of oatmeal. 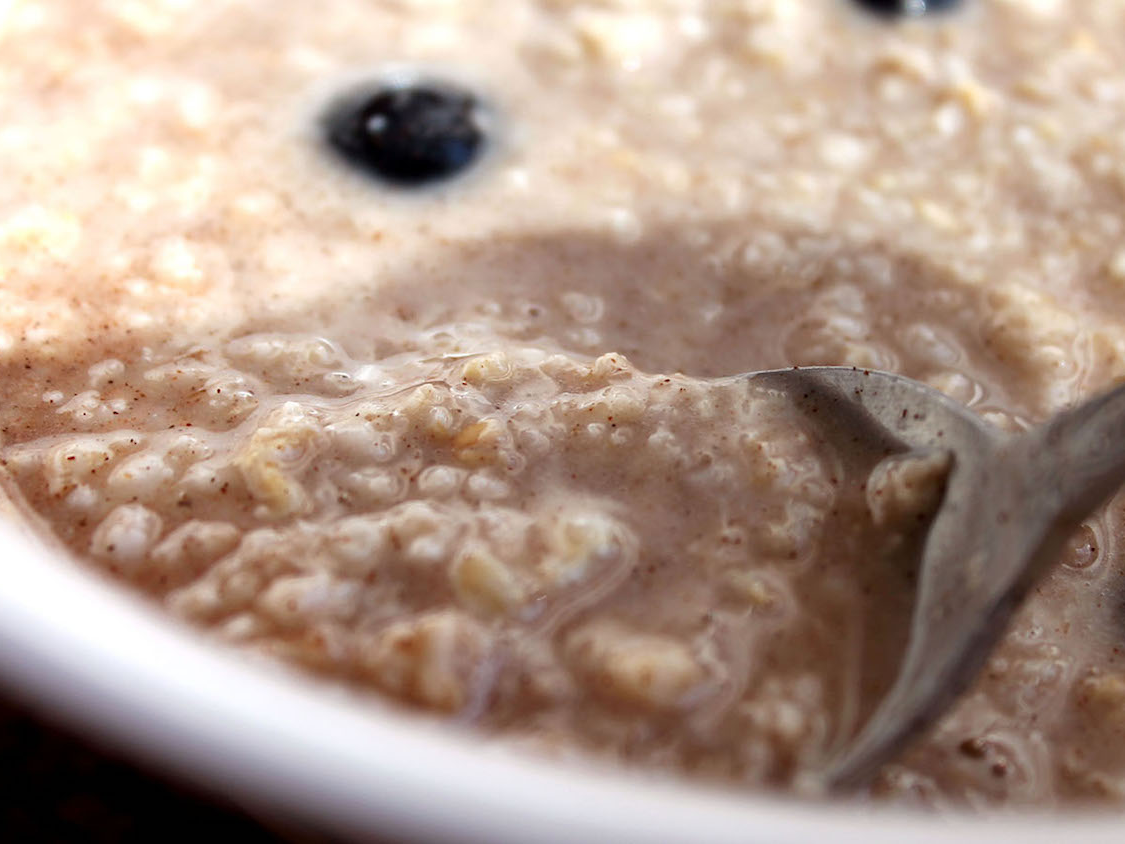 It’s tempting to buy instant oatmeal for quick and easy breakfasts, but it will never taste as good as a bowl of rolled oats – which aren’t much harder to make.

“Instant or quick-cook oats can be convenient, and definitely cook faster, but the tradeoff is they tend to lose their texture and wind up mushy, no matter how you cook them,” Weir said. “Try rolled oats for better texture with just a few more minutes of cooking. The difference is worth the time.”

Prepare multiple servings at once. 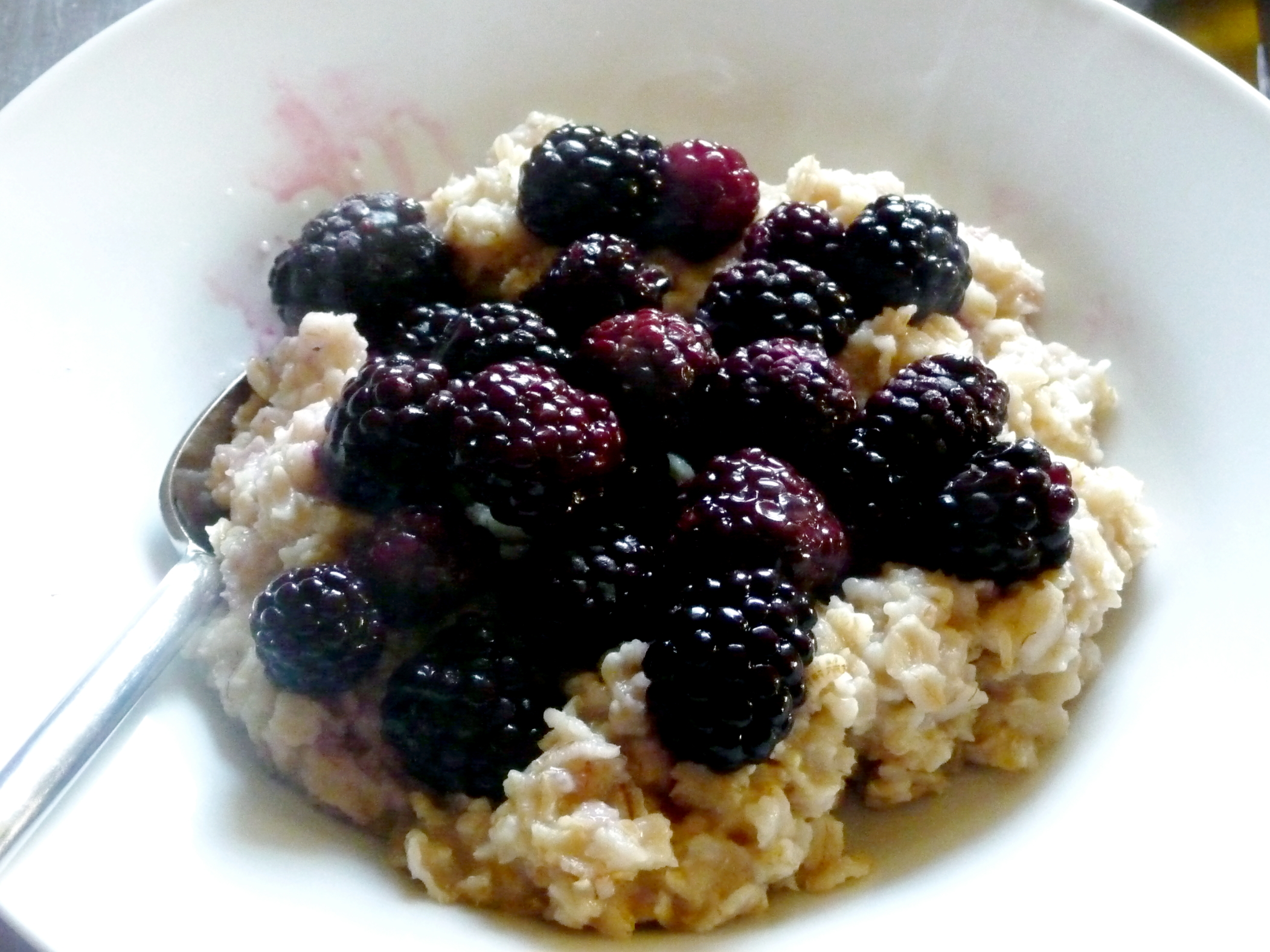 “Skip the individual packets, and treat oatmeal as weekly meal prep instead,” Weir said. “After cooking a bigger batch, let it cool and then refrigerate.”

He continued, “To reheat, add some cold water and then microwave in 45-second bursts, stirring in between.”

Toast your oats beforehand to deepen the flavour. 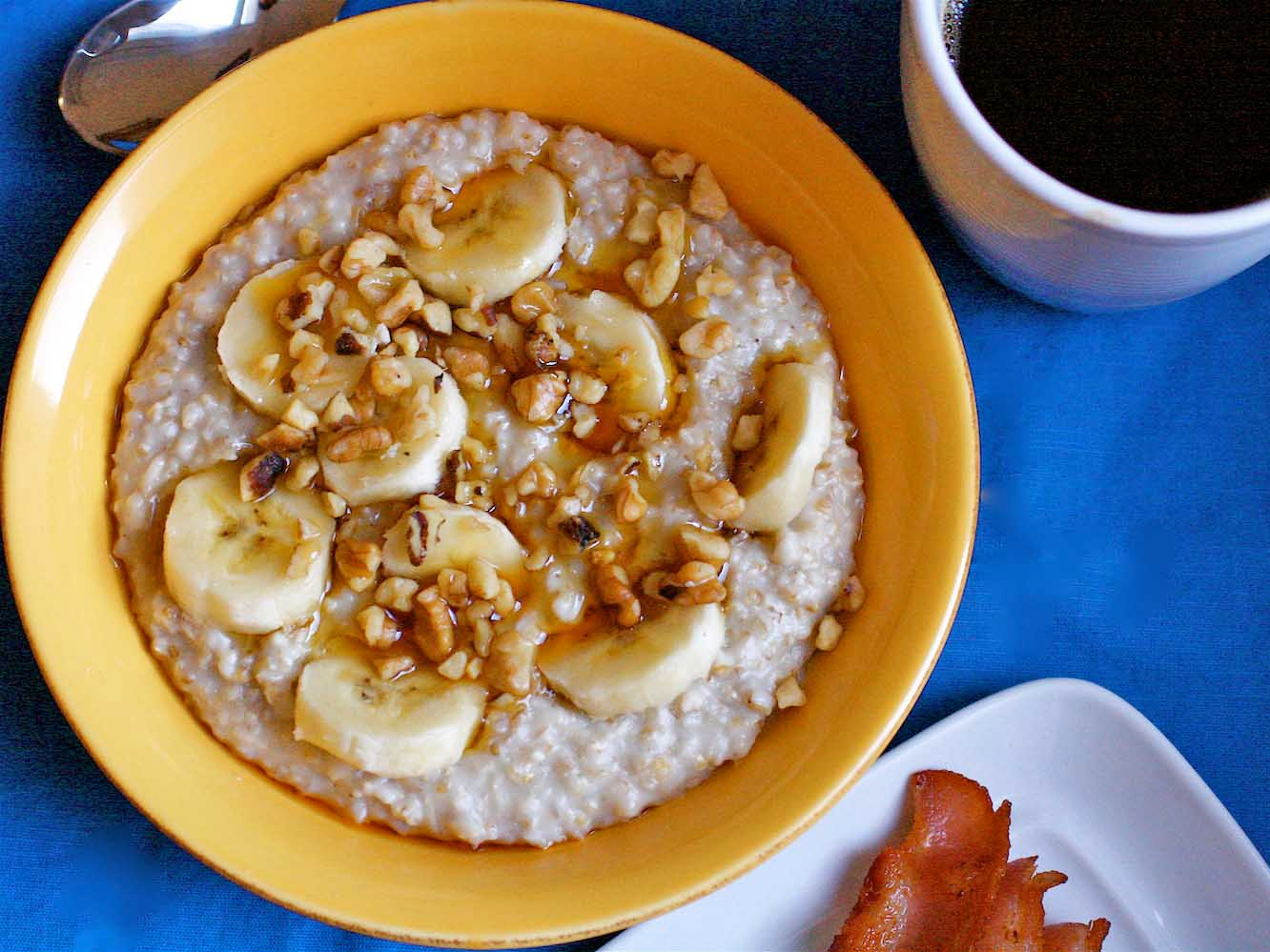 “To boost the flavour, toast the oats in melted butter – or even better, coconut oil – in a saucepan over medium heat, before adding liquid. Stir occasionally, until the oats start to smell like popcorn,” Weir said.

When the oats are toasty, cook them the way you usually would.

“This adds a nice warm nutty flavour, and because you’re cooking the oats a little it doesn’t add any prep time,” Weir said.

Cook your oats in something creamy instead of just water. 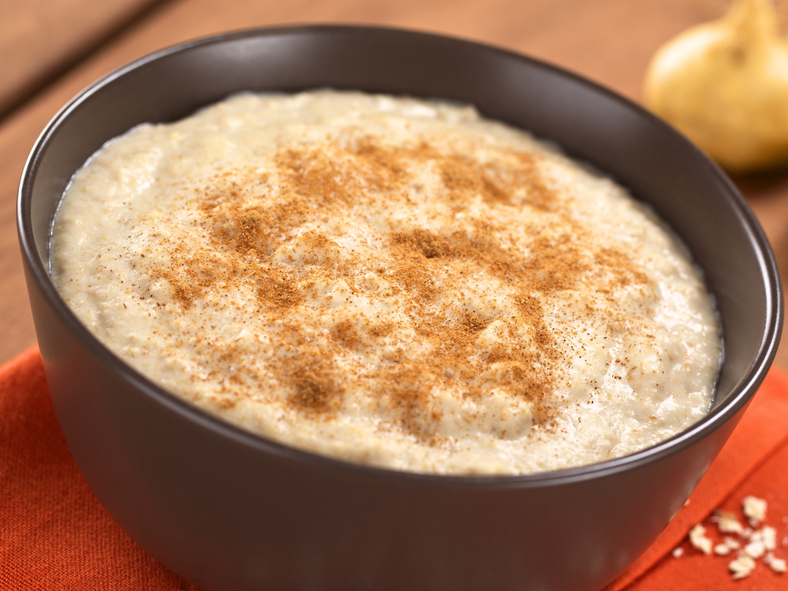 ShutterstockThis will improve the texture of the oatmeal.

He continued, “Try using half milk and half water to start, then adjust to taste.”

Always add salt while you’re cooing the oats to bring out the flavour. 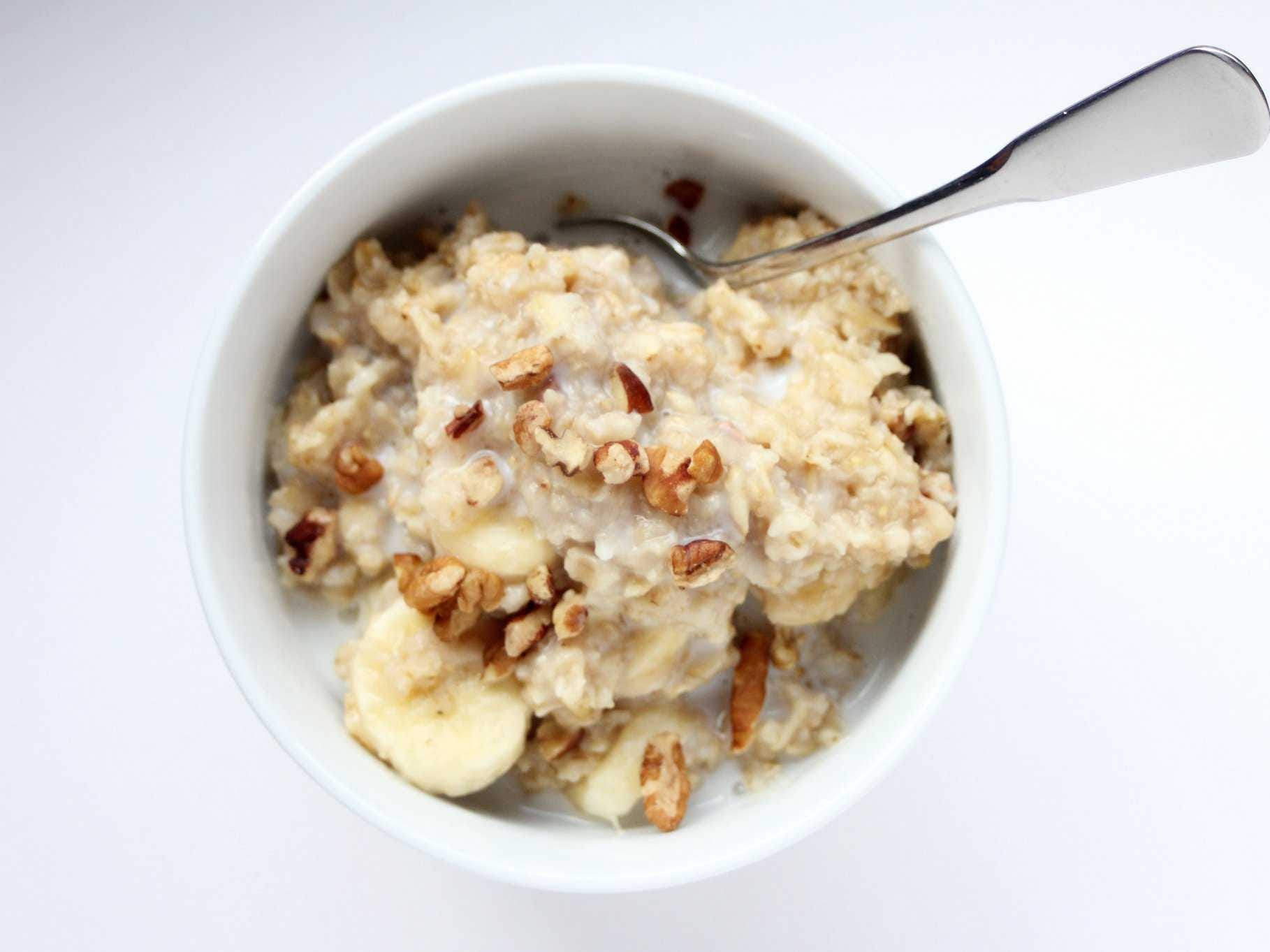 Flickr/Rachel HathawayA little salt will help to season the oats.

Even if you’re a fan of sweet oatmeal, salt is a necessary ingredient.

“You should season your oatmeal with salt,” Weir said. “Just a little pinch at the beginning of cooking will help bring out the flavour.”