I made Ina Garten's smashed eggs on toast, and the elevated brunch dish only took me 15 minutes 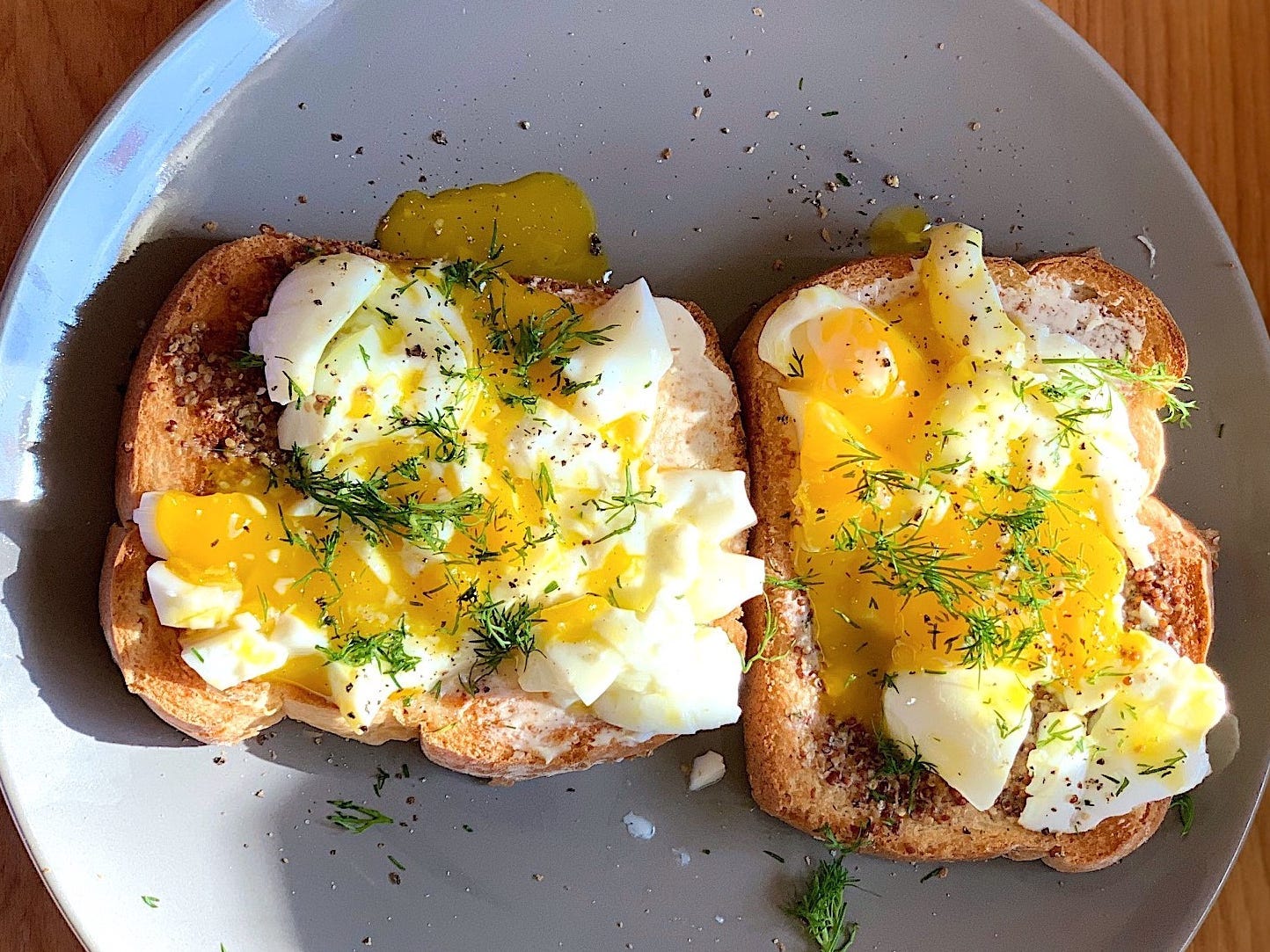 I’m a huge breakfast fan, and one of the things I’ve missed most this last year is being able to sit down for a beautiful brunch (along with a few mimosas).

After so many months stuck in my own kitchen, I’ve been getting bored of my usual egg recipes. So I decided to turn to Ina Garten for some morning-meal inspiration.

I spotted Garten’s recipe for her smashed eggs on toast in her new cookbook, “Modern Comfort Food,” and was impressed that she could make such a simple dish look so delicious.

So I decided to take her recipe for a spin and â€” after a few cracked eggs â€” found a brand-new favourite brunch dish.

Ina Garten’s recipe for her smashed eggs on toast can be found in her new cookbook “Modern Comfort Food.” 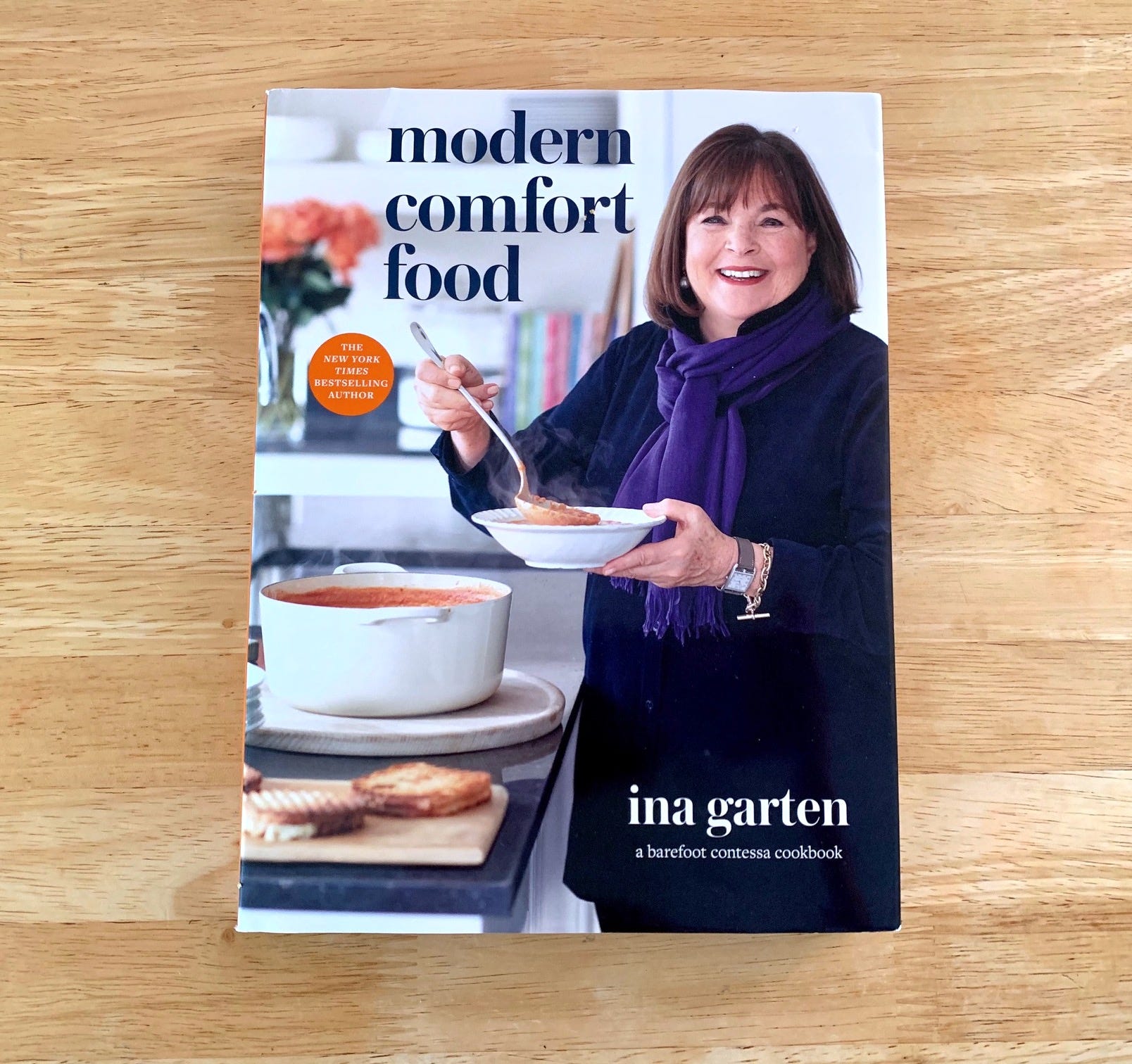 In the book’s introduction to the breakfast section, Garten revealed that she’s a creature of habit when it comes to her first meal of the day.

“I don’t know about you, but I tend to eat the same thing for breakfast every morning for about 10 years until I can’t eat it one more day,” she writes. “And then I switch to something else for the next 10 years.”

Garten says she likes breakfast dishes that are “easy enough to prepare while I’m half asleep” and “fairly healthy.”

“And of course it needs to be delicious,” she added. “Or I won’t get out of bed.”

As she did with all the dishes in “Modern Comfort Food,” Garten turned to classic recipes and found new ways to upgrade them. 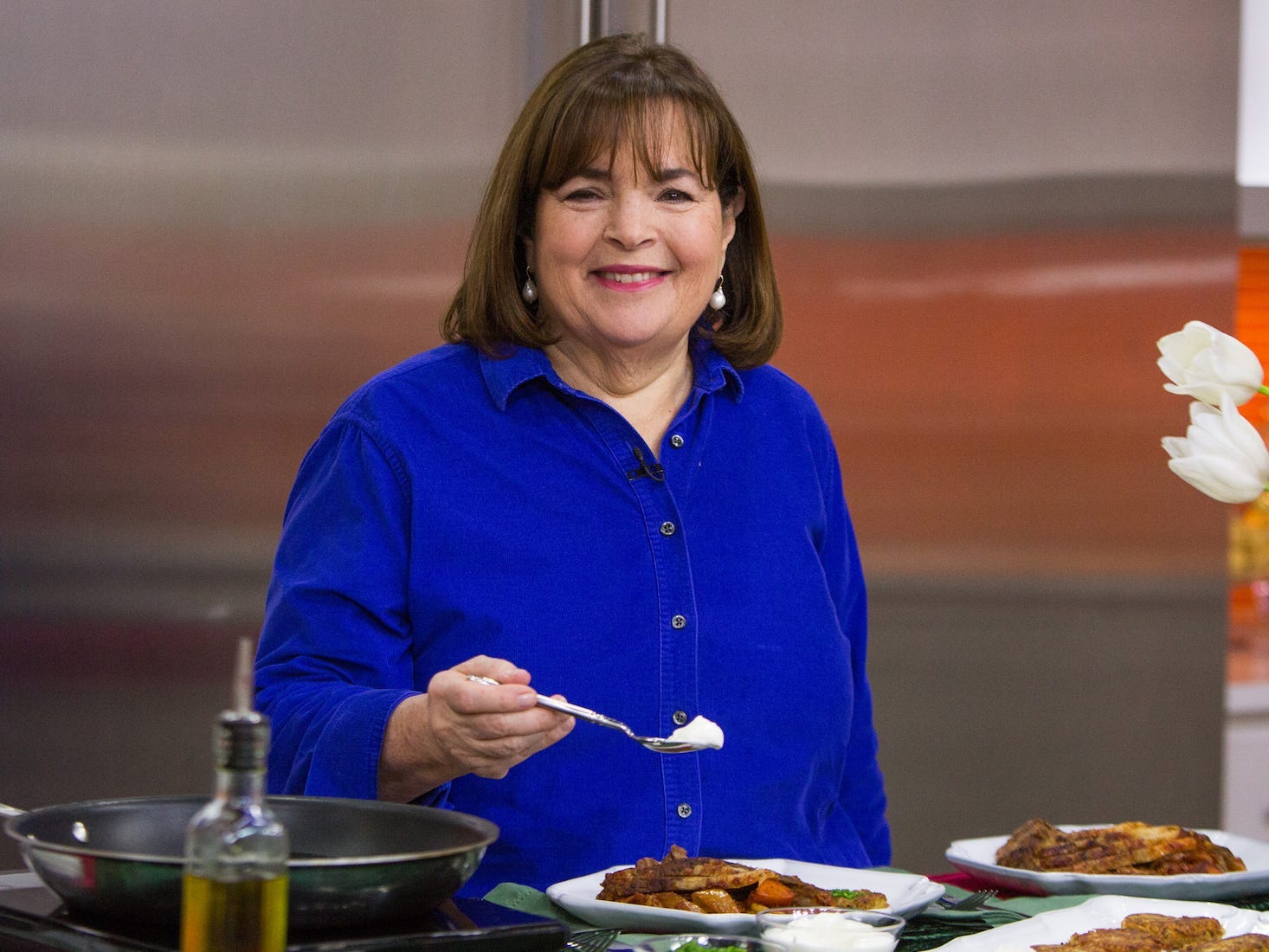 Garten’s smashed eggs recipe is her modern twist on a traditional plate of poached eggs on toast.

“It’s easier than poaching eggs,” she wrote in her book. “And so much more delicious!” 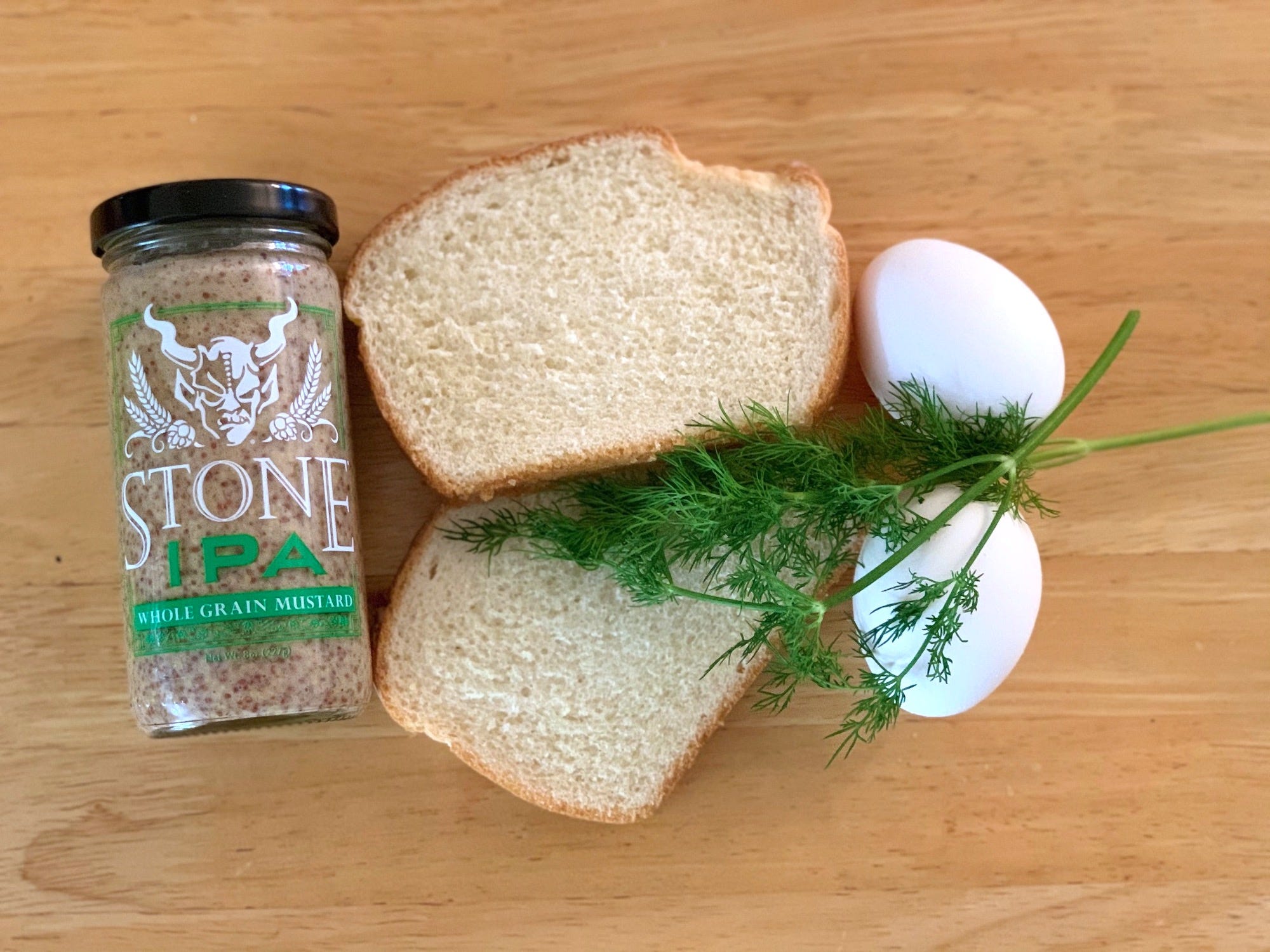 Before I started cooking the eggs, I decided to get my prep out of the way. 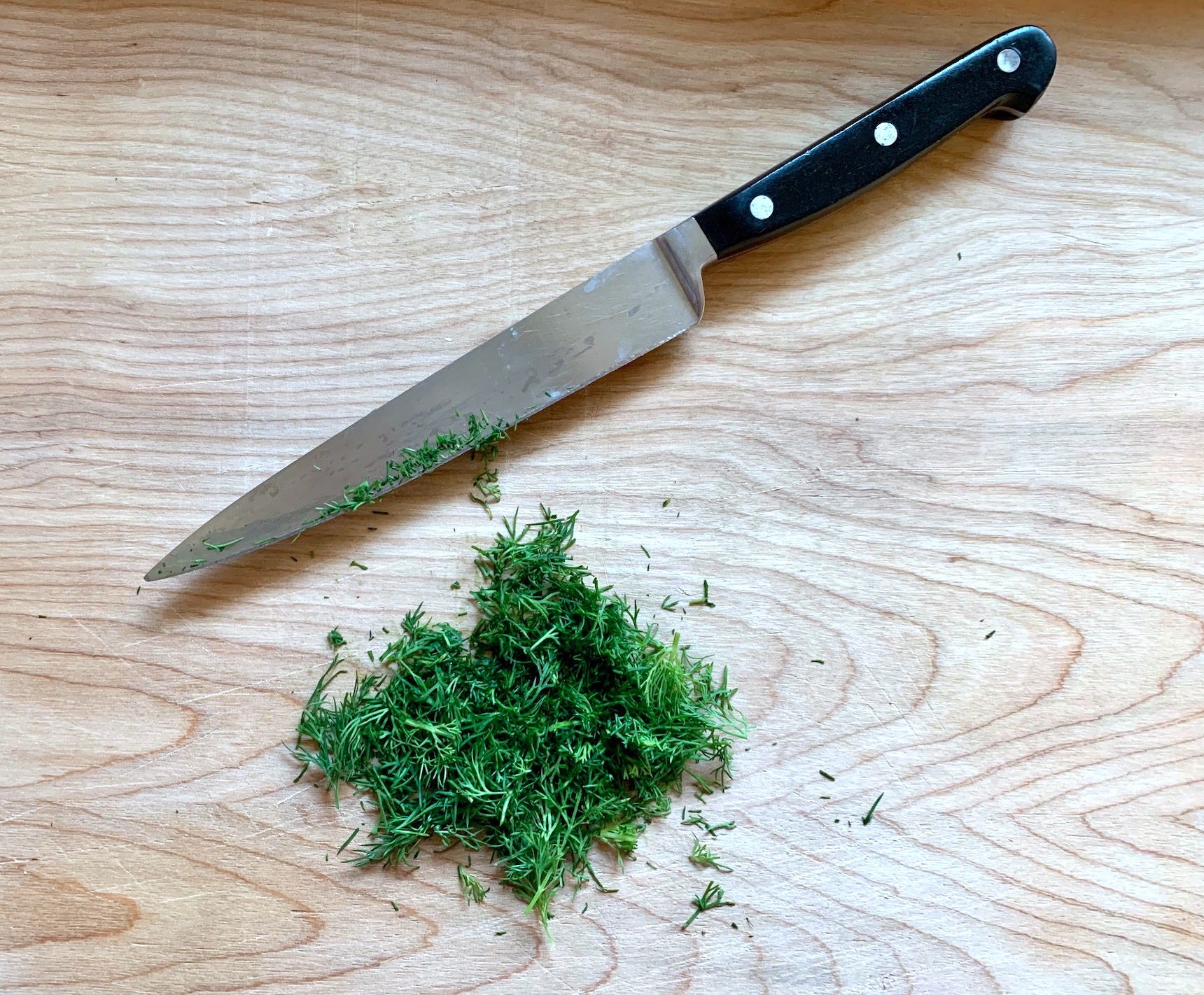 Anneta Konstantinides/InsiderFirst I minced the dill.

Garten’s recipe has very exact timing, so I decided to do most of my prep first so that I wouldn’t get distracted.

The only chopping you need to do is mincing the dill, which didn’t take long.

Then it was time to get my water going for the eggs. 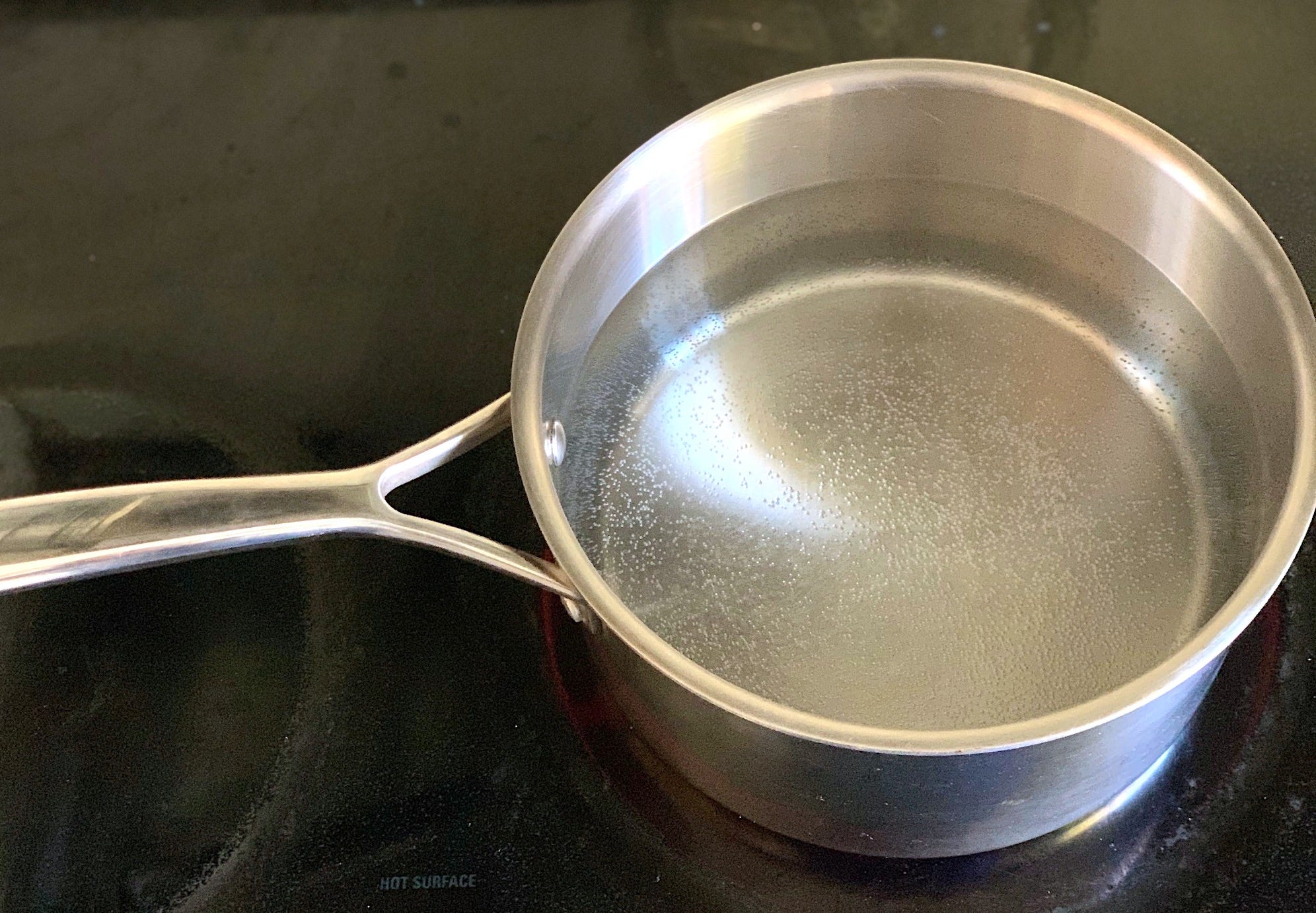 Anneta Konstantinides/InsiderI waited for my water to come to a full rolling boil.

I filled a large saucepan with water and brought it to a full rolling boil over medium-high heat, per Garten’s recipe.

It took a long time to get my water boiling, but my dad – who was patiently waiting for breakfast to be served – gave me some good tips. He recommended starting with hot water in the pan, and noted that I had filled mine up with too much.

He also advised throwing in a bit of salt to speed up the process, which I did after dumping some of the water out.

Then I had to get the eggs into the pan, which turned out to be just a little nerve-wracking. 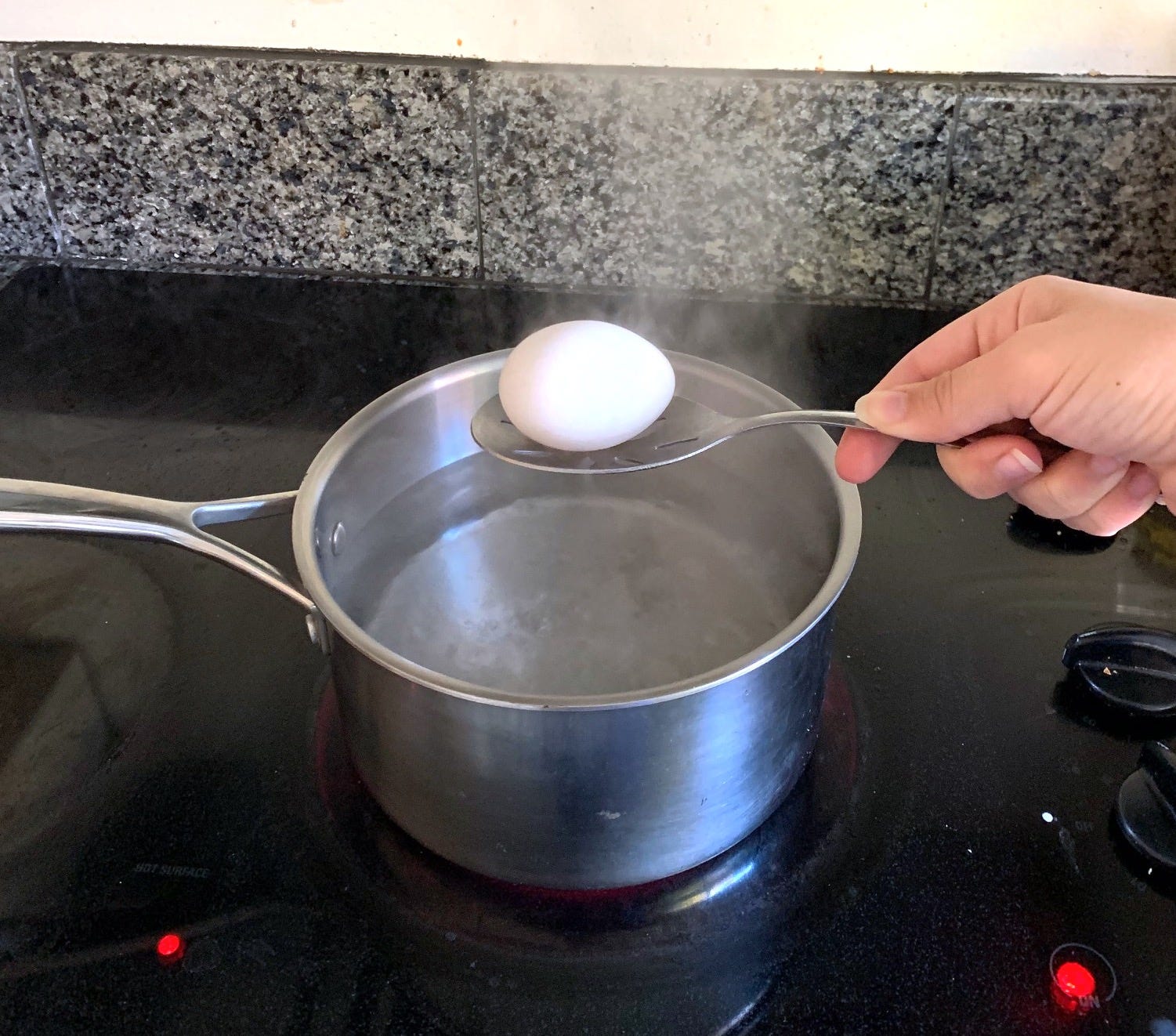 Anneta Konstantinides/InsiderI used a slotted spoon to carefully place my eggs in the pan.

Garten recommends using a slotted spoon to carefully lower the eggs into the water, one at a time.

“Don’t allow them to fall into the pot,” she warns. “Or the shells will crack!”

Thankfully every egg was safe – but not for long.

Then I lowered the heat and set a timer for my eggs to cook. 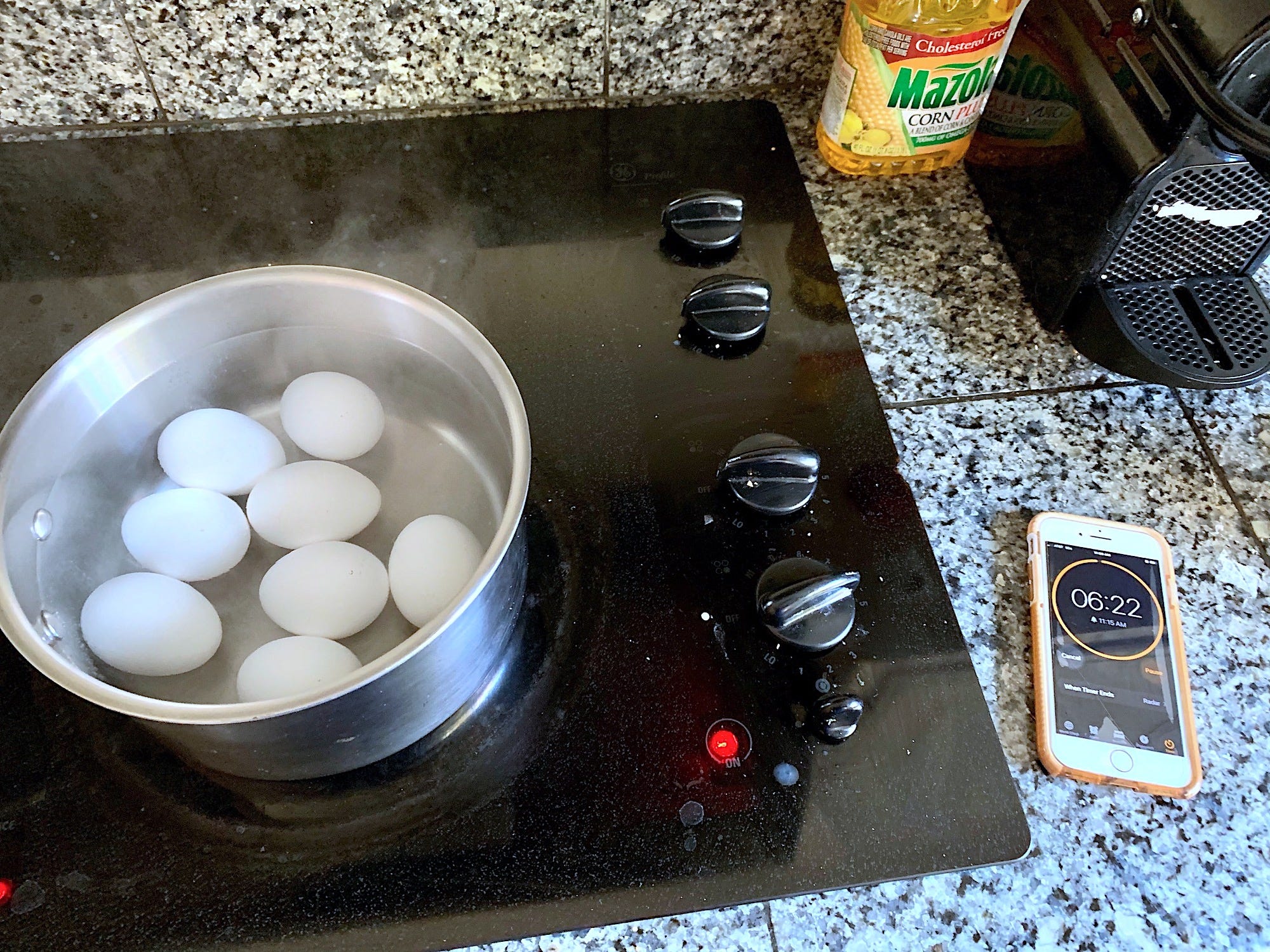 Anneta Konstantinides/InsiderGarten’s recipe specifies that the eggs must cook for six-and-a-half minutes.

Garten is very specific in this part of her recipe: The eggs must cook for exactly six-and-a-half minutes (“not six minutes and not seven minutes,” she adds).

The “Barefoot Contessa” star said it’s also essential to maintain a low simmer as the eggs cook, or else they will knock against each other and crack in the pan.

I was paranoid about cracking my eggs during the cooking process, so I turned the heat down quite low – which turned into an issue a few minutes later.

As my eggs started cooking, I began to toast my bread. 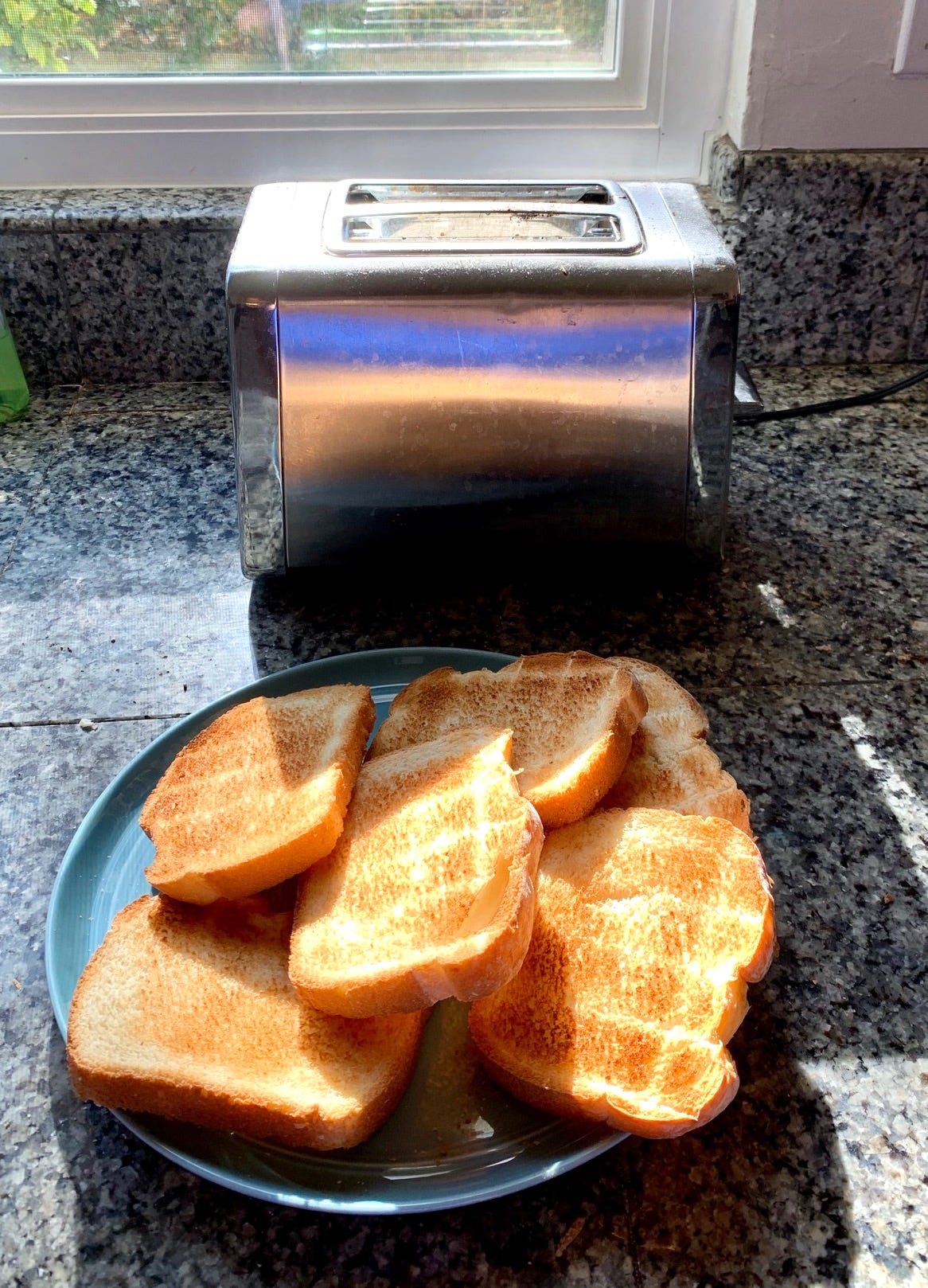 I used a toaster, but Garten also has tips if you want to toast your bread in the oven.

She recommends placing your bread slices on sheet pans and baking them at 400 degrees Fahrenheit for 12 to 15 minutes, turning once, until they’re golden brown.

After the six-and-a-half minutes were up, I transferred my eggs into an ice bath. 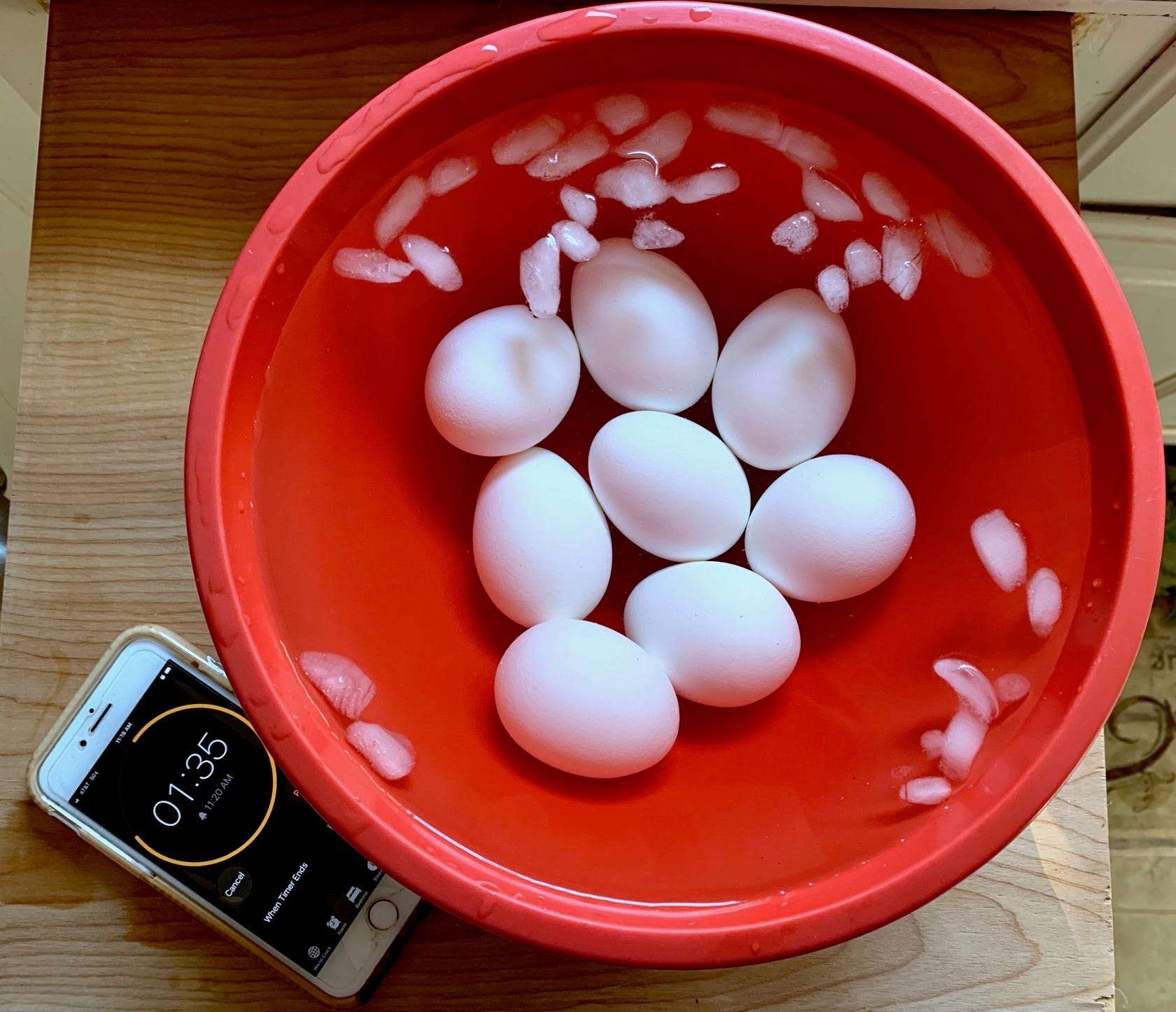 Anneta Konstantinides/InsiderI put my eggs into an ice bath for two minutes.

I once again used my trusty slotted spoon to get the eggs safely into the bowl, then set a timer for exactly two minutes – just as Garten instructed.

While my eggs were chilling (literally), I started prepping the toast. 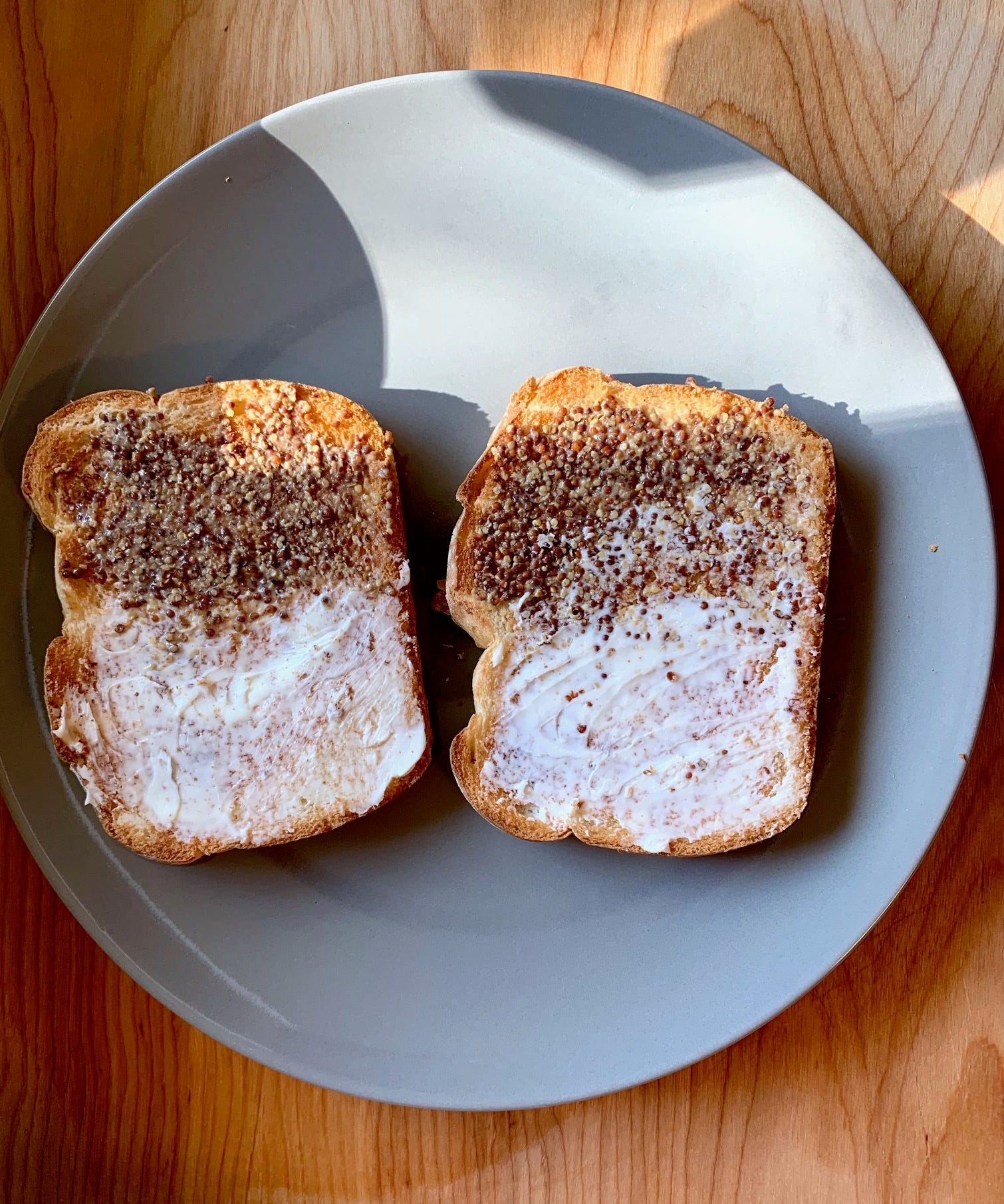 After the slices were done toasting, I spread butter and mustard on each one.

I have to be honest with you, reader, I read the recipe incorrectly here. I thought Garten recommended spreading half the slice with butter and half with mustard, which made for a cool picture but was definitely not the case.

What the “Barefoot Contessa” star actually wants you to do is spread each slice with ½ tablespoon of butter and ½ teaspoon of mustard.

Thankfully I really like mustard, so the extra flavour didn’t put me off. But next time I’ll wait to read the recipe until after I’ve had a cup of coffee.

Also, a quick pro tip: Be sure to take your butter out of the fridge before you begin cooking your eggs. That way it will reach room temperature by the time you’re ready to prep your toast, making it far easier to spread across the bread.

Then it was time to peel the eggs, which ended up being far trickier than I expected. 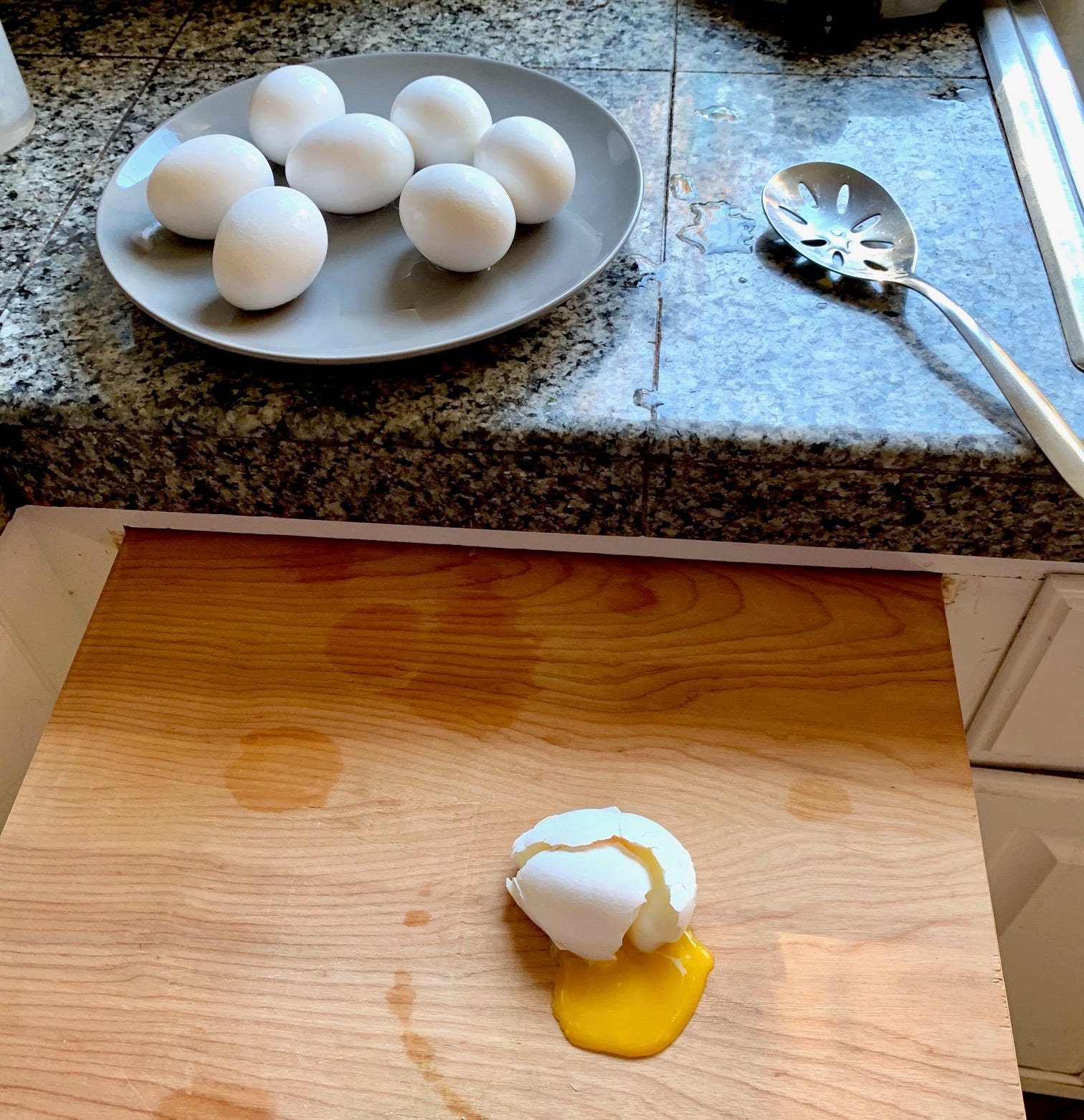 Anneta Konstantinides/InsiderSome of my eggs may have been a little too soft-boiled.

Garten included a special trick for peeling eggs, and I wanted to follow her recipe to a T. So, per her instructions, I rapped the ends of my first egg on a cutting board to crack the shell.

Then I rolled the middle of the egg on the board with the heel of my hand, which Garten said would “crackle the shell.” But it quickly became apparent that my egg was a little too soft-boiled, because it immediately went SPLAT.

I ran into this problem with a couple of the eggs and realised I must have turned the heat down too low. I had accidentally taken the “smashed” in Garten’s smashed eggs on toast a little too literally.

Thankfully, I was able to salvage a few eggs and pull off the dish — which looked special without a lot of extra time and effort. 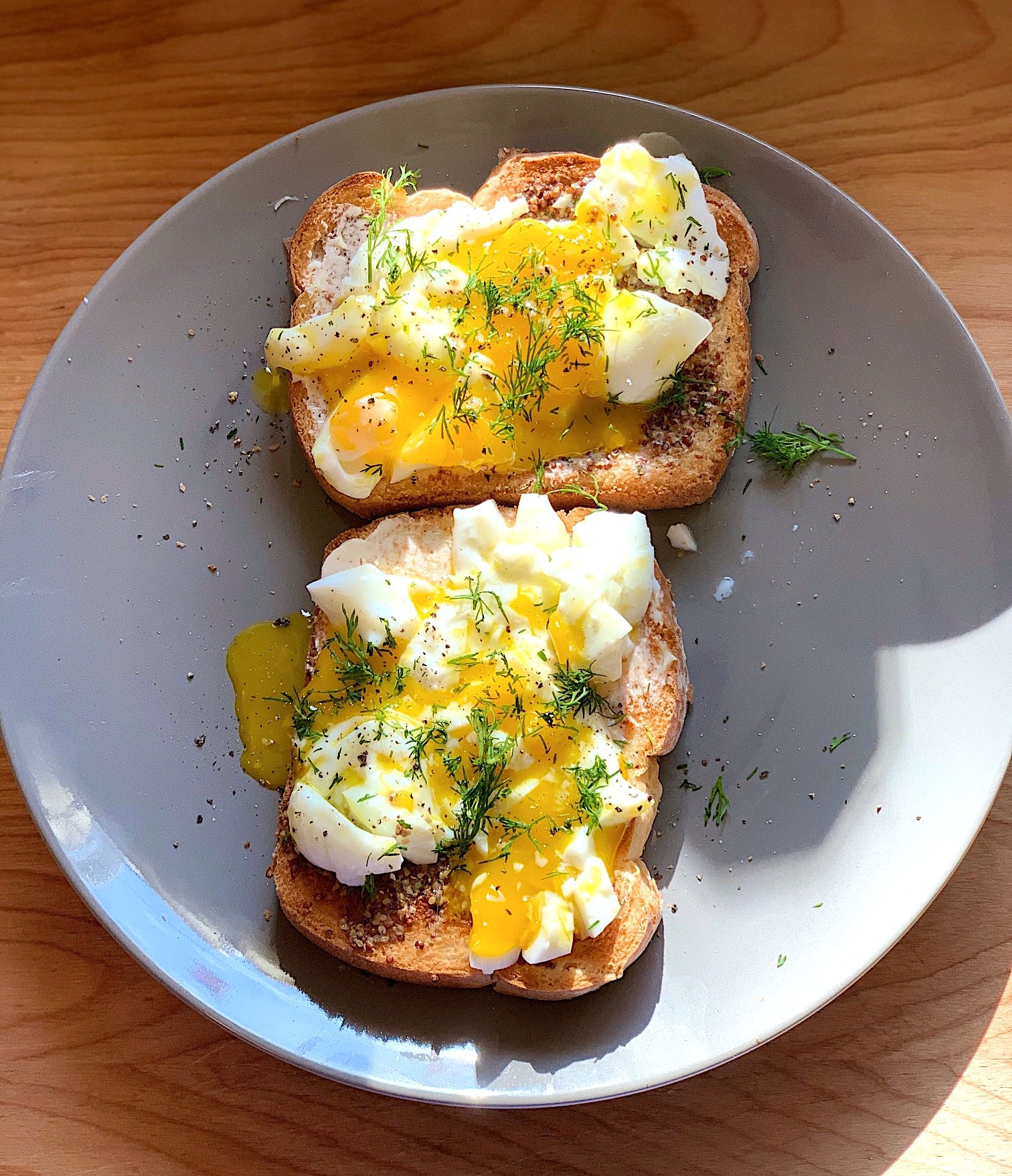 I placed one egg on each slice of toast and roughly chopped them without cutting into the bread so that it could absorb the runny yolks. Then I generously sprinkled dill on top of everything, along with some salt and freshly-ground black pepper.

Despite all my hiccups, Garten’s smashed eggs on toast definitely looked worthy of a weekend brunch and proved to be a delicious dish.

I loved how the runny eggs paired with the crunchiness of the toasted bread, and the whole-grain mustard gave everything a nice kick. The addition of dill made everything pop, elevating and brightening the flavours.

Even with a couple of mistakes along the way, this dish was just another example of how the “Barefoot Contessa” star’s recipes are nearly foolproof.