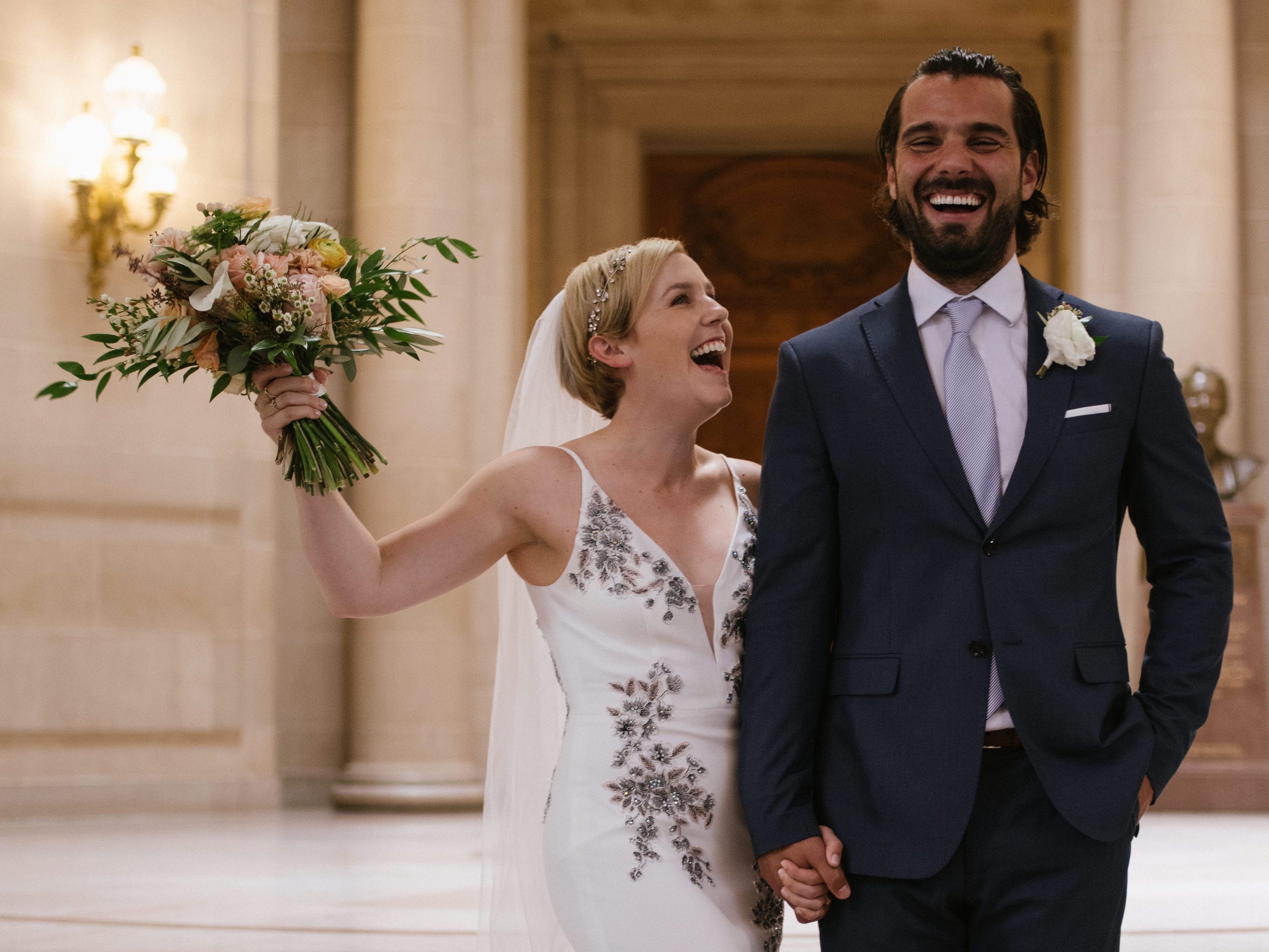 In 2018, Israel Moreira was just “the cute guy who sat near the printer” in the San Francisco co-working space where Kelsey Witherow had been running her company, Doughp, for about a year.

Today, the Moreiras are husband and wife â€” and co-CEOs. Israel joined Kelsey in early 2020 to help his wife pivot her brick-and-mortar cookie dough tasting experience into an ecommerce business. It was serendipitous timing to meet the challenges of the pandemic.

Based out of Las Vegas, Doughp (pronounced “dope”) more than doubled its annual revenue to nearly $US2.7 million in 2020, after permanently closing its storefronts and pivoting entirely to online, according to documents viewed by Insider. In addition, the company stayed true to its founding mission, donating more than $US21,000 to mental health nonprofits.

“I struggled for the first three years, trying to hire a right-hand person,” Kelsey Moreira told Insider. “It’s really difficult, as a startup, to get any level of buy-in that will be as deep as the ownership that is being husband and wife.”

Romantic or not, businesses often benefit from a productive cofounder relationship with complementary skills, clear communication, and a shared sense of mission. But many entrepreneurs, like romantic couples, find that’s a difficult reality to achieve. It often involves stepping away from your day-to-day focus to try to understand your partner on a deeper level â€” and to have a little fun.

Communication over text is not enough

The relationship between the cofounders of marketing software startup Drift, Elias Torres and David Cancel, is purely business. But there’s still a lot of overlap between the challenges in business and in romantic relationships.

Cancel, an introvert, was in his element when the company of more than 400 started working from home. Extroverted Torres, on the other hand, hated remote work and communicating over text. The disconnect created a rift between the usually complementary cofounders, sparking a journey of psychological discovery that resulted in some pretty clever solutions for improving the way they worked together.

Torres called it “a major transformation,” especially as an extrovert learning to effectively work and communicate remotely.

Psychotherapist and performance coach Jonathan Alpert says Torres and Cancel have it right: Understanding your partner’s communication style and how they resolve conflict â€” and that these methods might be different from your own â€” is the first step.

“What works for you is good for you, and what works for me is good for me,” Alpert told Insider. “But we have to try to meet in the middle and try to understand each other’s style. If I expect you to communicate just like me, I’m probably setting myself up for failure or disappointment.”

A crucial step of improving communication with anyone, Alpert said, is to stop personalizing the other person’s actions. People tend to make erroneous conclusions that the other person is mad at them or thinking of ending the partnership.

Instead, find out if your partner has a headache, if they’re having a bad day, or dealing with another conflict in their life. Have that conversation right away instead of letting bad feelings fester, and start with something positive, perhaps a shared achievement you’re proud of or something that went particularly well lately.

Alpert suggests starting the conversation with something like this: “I’m pleased with what we’re doing and I’m proud of what we’ve built. You know, I’ve noticed lately that we’re not entirely connecting in a productive way and I’d like to chat with you about how we can make it better, or get an idea of your thoughts on that.” 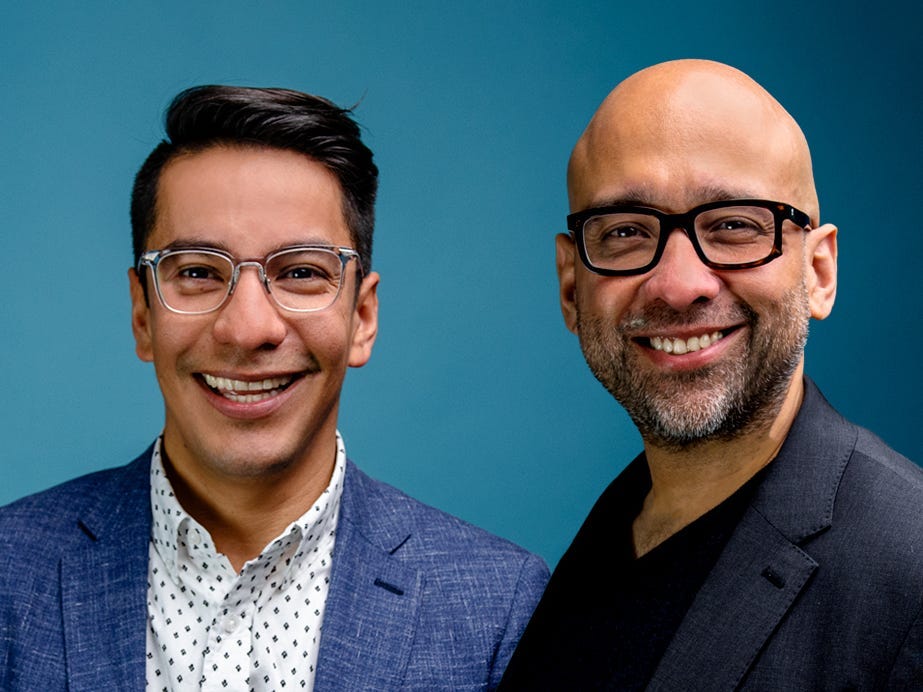 Voicing your appreciation and support goes a long way

Lakesha Cole could talk about her husband Deonte all day.

After all, it was Deonte, a retired U.S. Marine, who gave Lakesha the first $US500 to start up her boutique business, and helped out with their three children so she could devote the time it takes to be an entrepreneur.

“We intentionally try to make life easier for each other because we know we’re both doing the best that we can,” Lakesha told Insider.

But a particularly valuable moment came when Lakesha did not feel her best. After eight years running two mission-driven, artist-curated boutiques in North Carolina and Virginia, the pandemic was forcing her to close. She didn’t want to say goodbye â€” these stores were part of her identity and her link to a community. Deonte supported Lakesha’s tough decision, debunking her notion that this was a failure.

“My husband is my voice of reason, when I’m having these moments,” she said. He reminded her what a great job she’s done growing the business, serving the community, and contributing financially to their family. 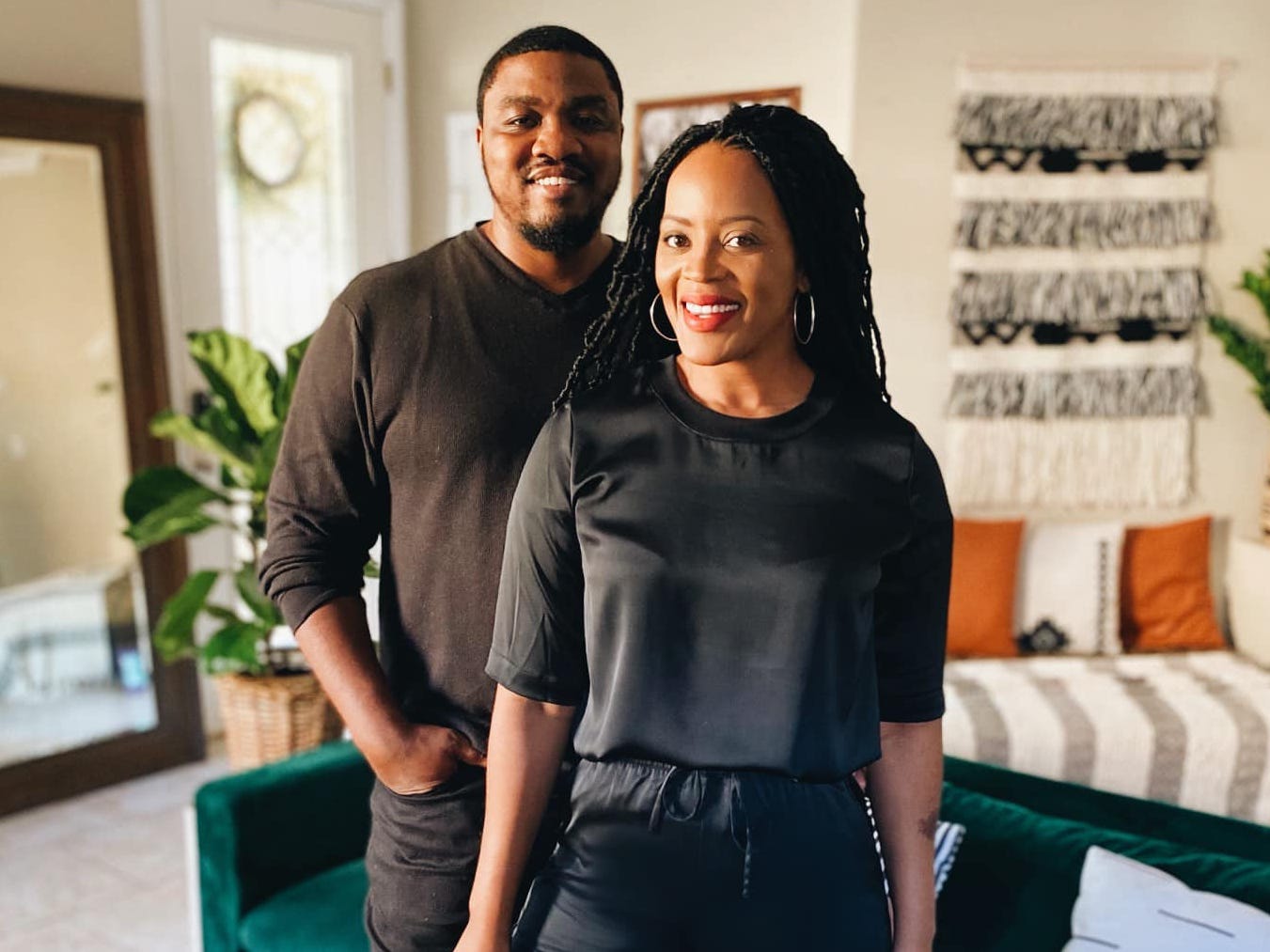 With the feelings of pressure and isolation that come from running a business, it’s important to have supportive partner reminding them of what they have accomplished, Alpert said. “Business owners, a lot of times, only feel as successful as their last gig,” he said.

Lakesha recognised this and realised that her journey as an entrepreneur wasn’t over. She now runs a PR firm called ShePR. In the first four months, she booked $US200,000 in revenue, and her small staff is working at capacity.

“He had to remind me of the advice that I often give other people,” she said. “This is the time to pull the plug, you’ve done everything that you could possibly do. And now the season is up and it’s time to move on.”

Fun details make it all work

When married cofounders of inclusive clothing brand TomboyX Fran Dunaway and Naomi Gonzalez spoke to Insider in May, they joked about how similar they are. They have matching recliners, matching laptops, and “Sometimes in the morning it’s like ‘I put on the blue shirt first, so you’ve got to change,'” Dunaway said.

But when it comes to running a business and a home, their skills and interests differ.

“For work stuff I’m in charge, and for home stuff, she’s in charge,” Gonzalez told Insider, prompting Dunaway to laugh hard enough to nearly drown out Gonzalez as she finished her thought.

It’s that laughter, from both parties, that peppered an interview with the couple, even as they discussed processing the horrors of the pandemic and the stress of running a business. It’s clear the two know how to have fun together. 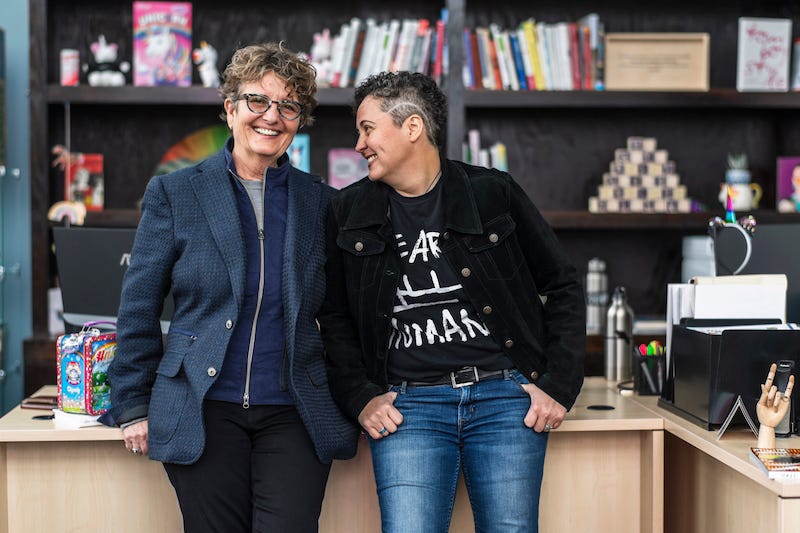 “We handle conflict well. We fight fair and we have terrible memories,” Gonzalez said. “So, those are all things that I think contribute to success in any partnership.

Alpert, the psychotherapist and performance coach, makes an important distinction about having fun running a business: Many people turn their passion into a business, and take the fun out of it. The trick is to have a mission you believe in, and find fun along the way.

Dunaway and Gonzalez started TomboyX out of frustration that all the good button-down shirts were made from men. Starting a clothing line from scratch has been really hard, they say. But it’s clear they haven’t lost their humour in the day-to-day.

“Because we built the company together, we can probably survive just about anything,” Dunaway said. “We are officially still married, and we’re expecting a puppy, so we’re in it for the long haul.”