14 instant ramen hacks that will make it taste even better 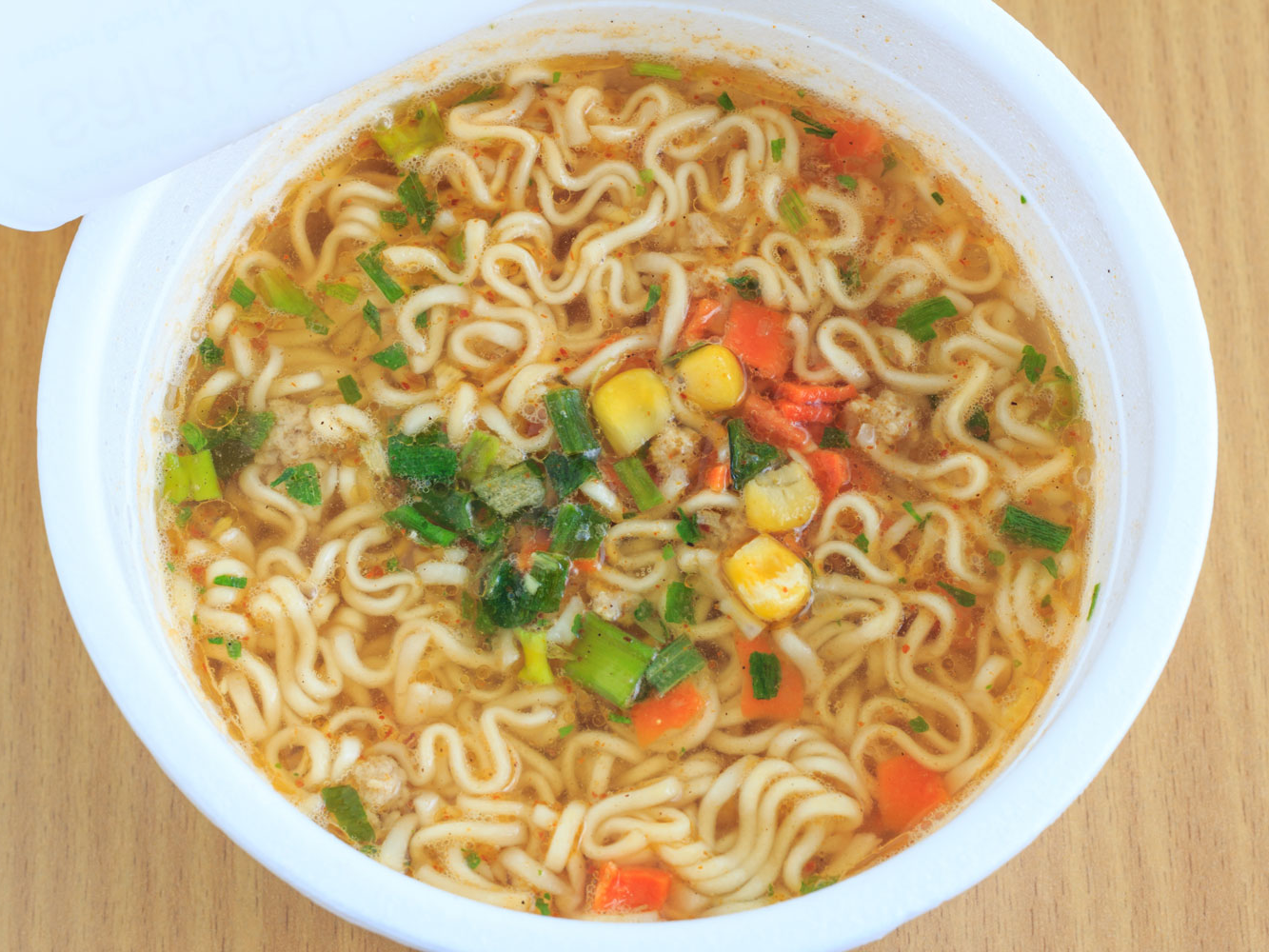 ShutterstockFrozen veggies are a great addition to instant ramen.

Instant ramen consists of fried, dehydrated noodles and a flavour packet, and that’s pretty much it. But there are a number of ways you can elevate the college-staple to make it a more exciting and filling meal.

Here are some ways to hack instant ramen.

Use ramen noodles as the base for a yakisoba stir-fry. 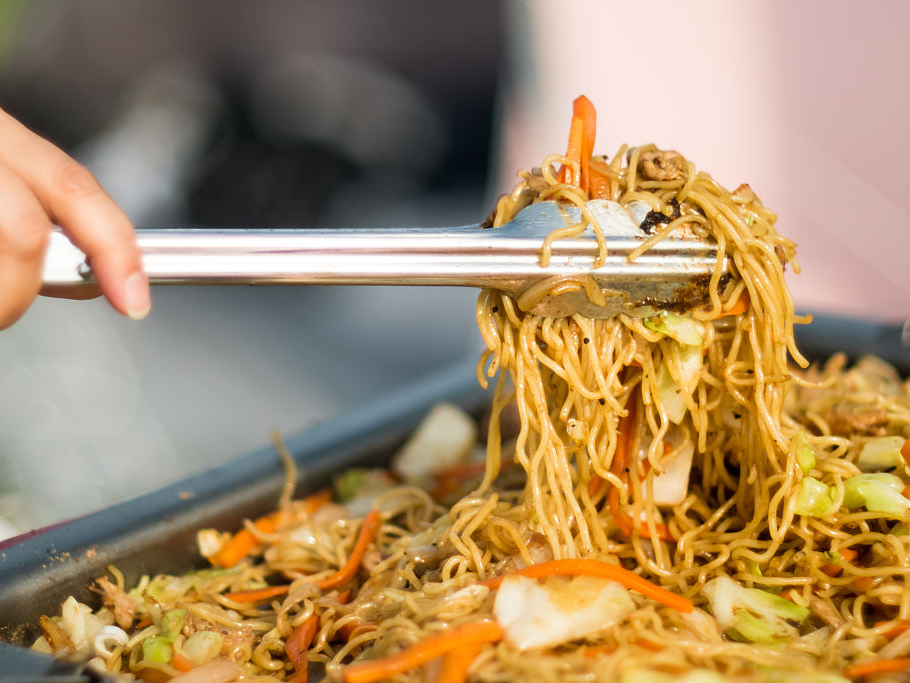 Boil instant ramen noodles, drain them, and then fry them up with the veggies, protein, and sauce of your choosing. You can also use the ramen flavour packet to season the fried noodle dish.

Get the full recipe here.

Simply add Sriracha for a kick of sweet heat. 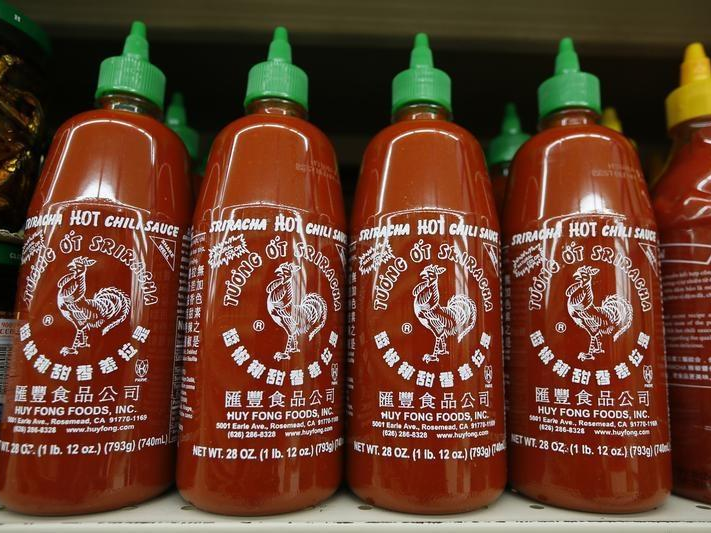 Adding Sriracha, the popular hot sauce made with red chilli and garlic, to a bowl of instant ramen is a classic, low-cost hack because it’s easy, affordable, and gives the noodles a nice spice.

Eggs can be added to instant ramen in a variety of ways for added flavour and texture. ShutterstockEggs can be whisked and poached in instant ramen.

Eggs are a great way to add protein and flavour to instant ramen in order to make it a more filling meal.

Some people prefer whisking an egg into the ramen for a creamier texture, but others like to poach the egg by cracking it right into the bowl. For a nutty, Thai-inspired ramen hack, cook the noodles according to the instructions but ditch the flavour packet.

Instead, whisk together sesame oil, peanut butter, honey, soy sauce, rice vinegar, garlic, and ginger and pour it over the hot noodles. Add chopped scallions and sesame seeds for even more flavour.

Get the full recipe here.

Add Japanese seasoning like furikake or togarashi for a boost of flavour. 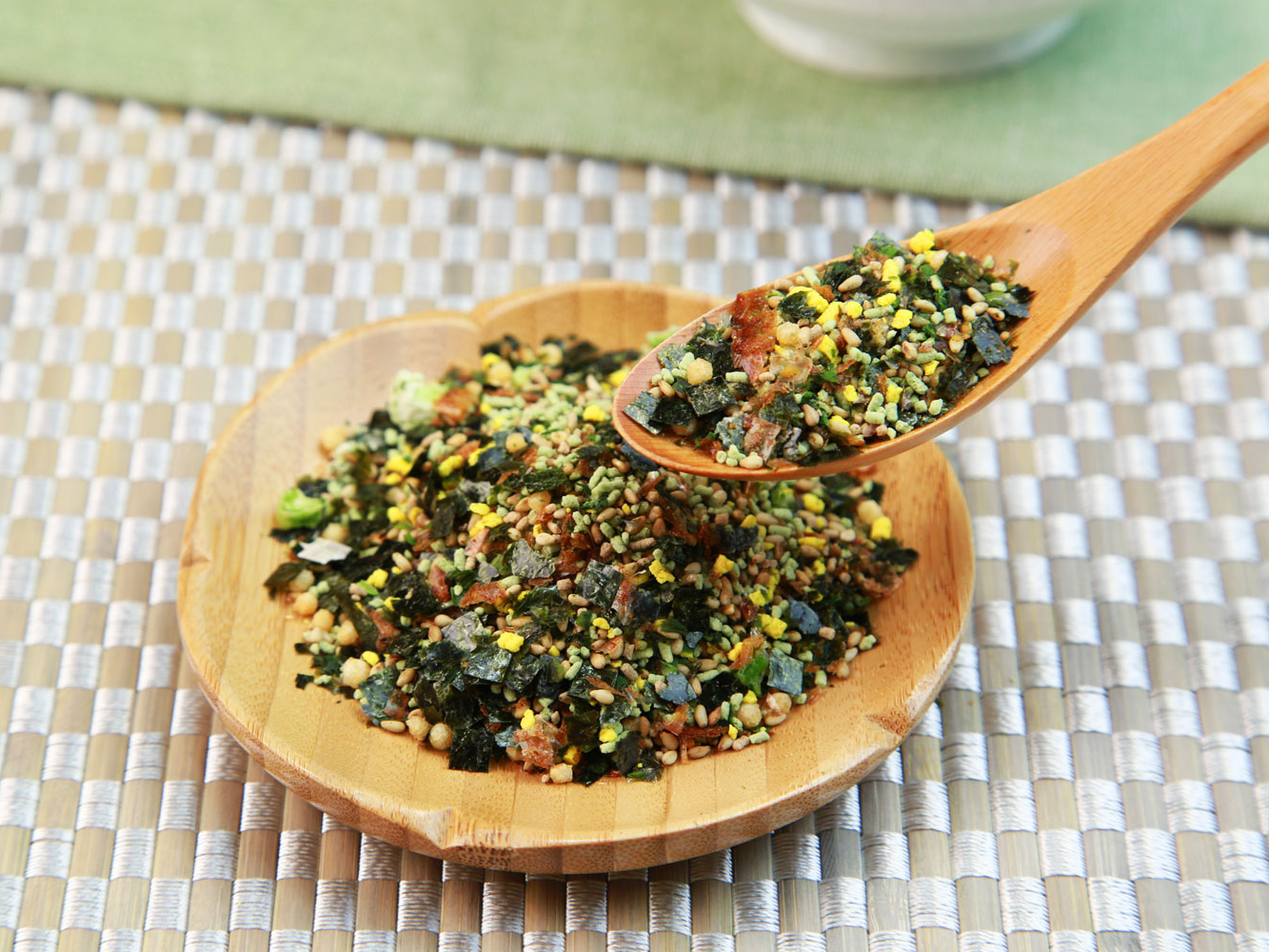 Try beefing up the flavour of instant ramen with a sprinkle of furikake, a common Japanese seasoning that contains seaweed, sesame seeds, and fish flakes.

You can also try adding togarashi, a spicy seasoning that is made of mostly dried pepper flakes with a dash of dried seaweed and sesame seeds.

Throw some chashu pork on top for added protein. 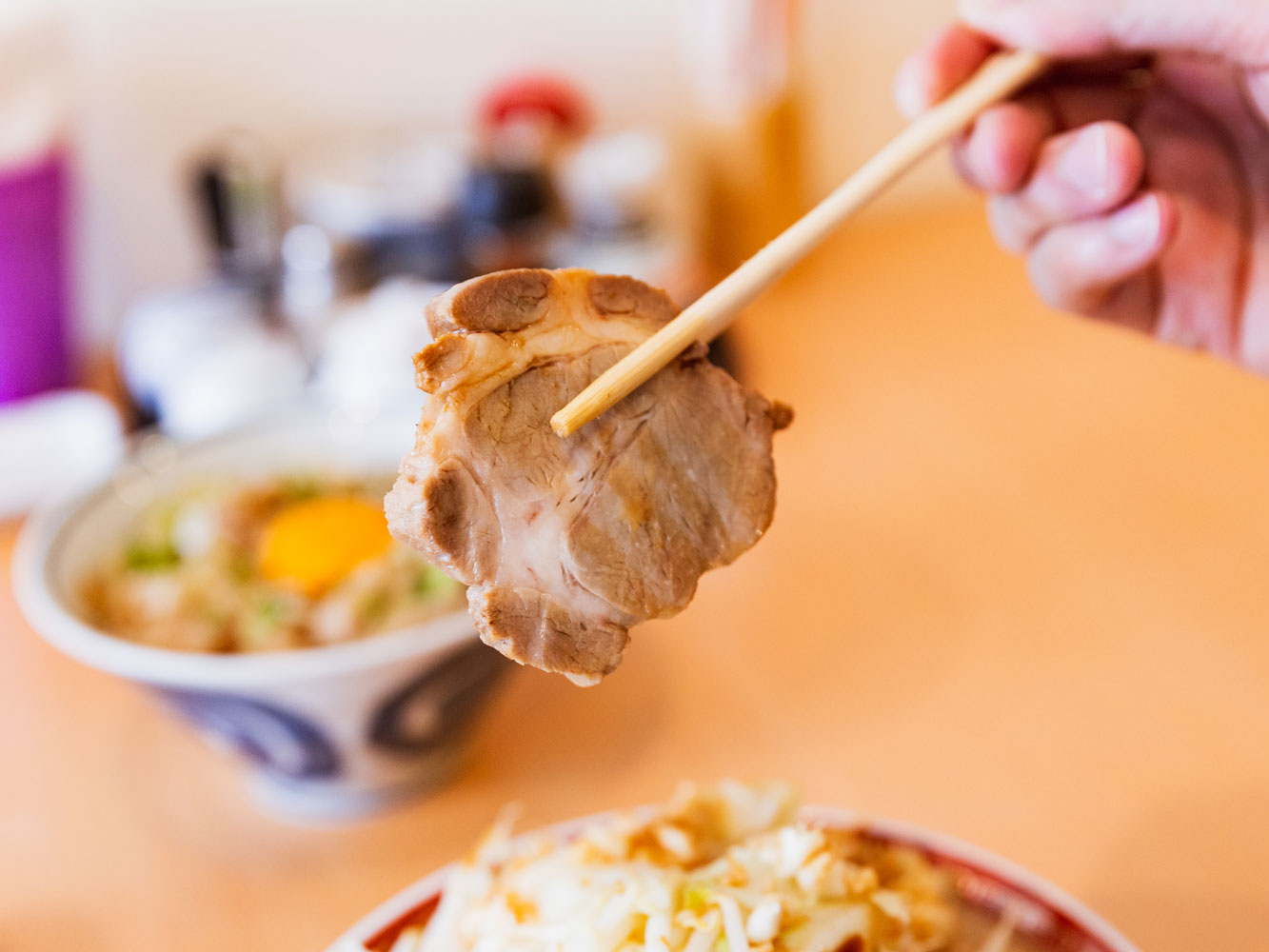 Proper Tonkotsu ramen (a popular pork-bone-based dish) comes with chashu, which is a braised pork belly. The pork belly marinade only requires a handful of ingredients (most of which you might already have on hand), so cook up a batch of pork and slice off pieces for a few nights worth of ramen.

Check out this recipe for chashu pork.

Bacon and a soft-boiled egg add flavour to ramen and are easy to prepare. 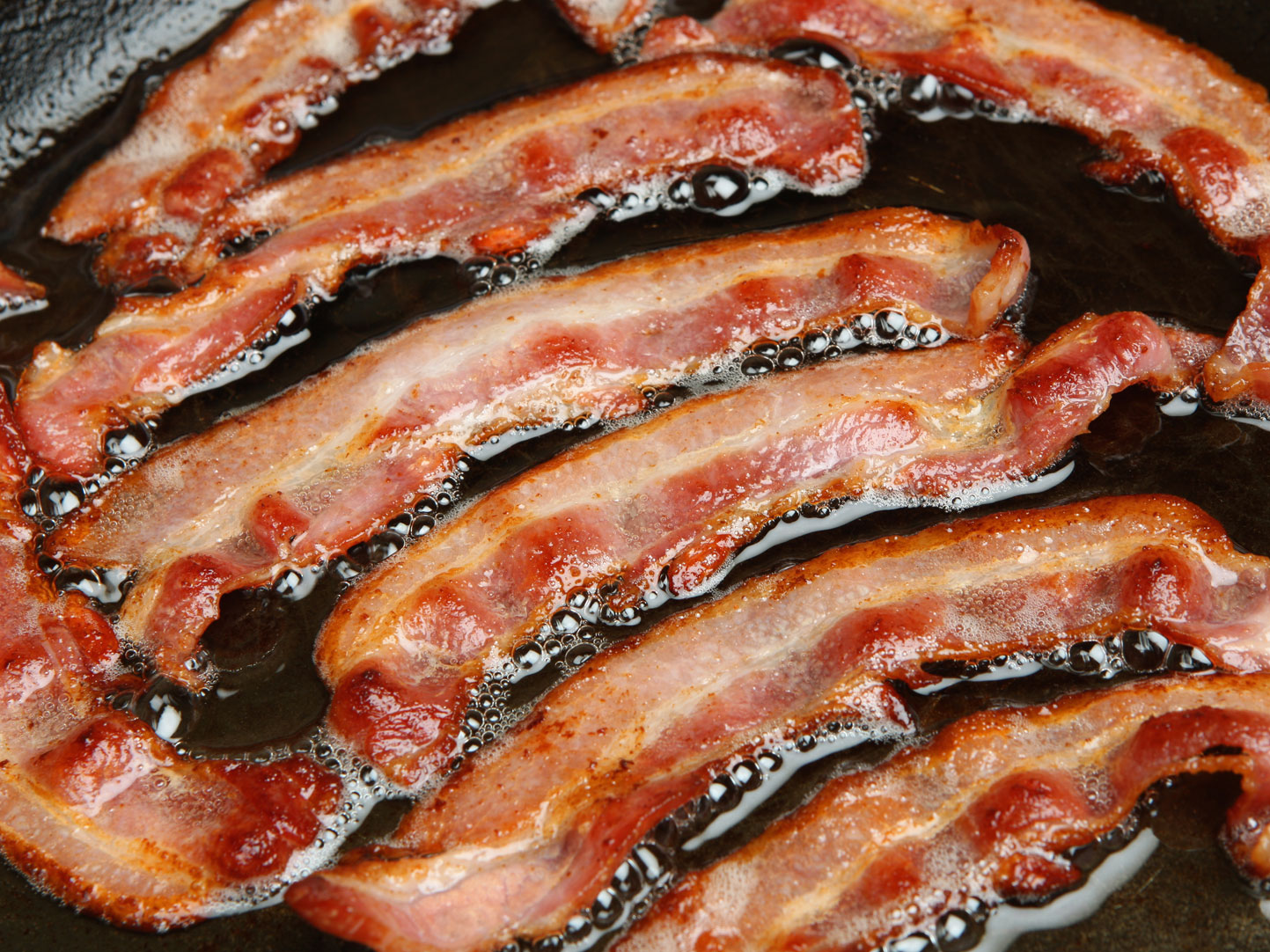 Joe Gough/ShutterstockBacon is a simpler alternative to slow-roasted pork.

If you don’t want to commit to slow-roasting some pork belly, simply add some thick-cut bacon and a soft-boiled egg to your basic ramen recipe to instantly add flavour.

You can also add a traditional ramen egg, which involves soft-boiling an egg and marinating it in soy sauce and mirin (a kind of rice wine that’s sweeter than sake, but contains less alcohol).

Get the ramen egg recipe here. 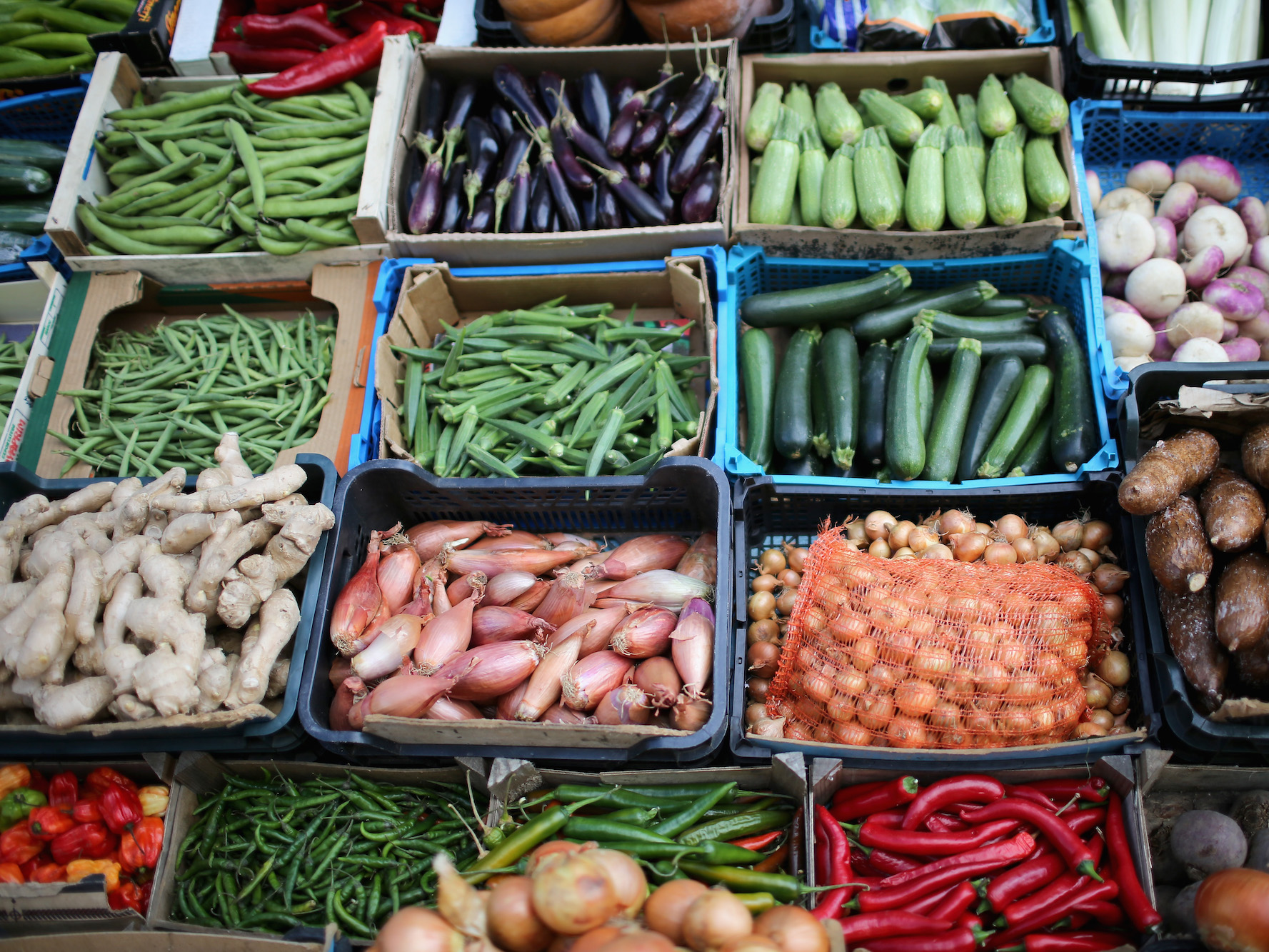 Christopher Furlong/Getty ImagesYou can use fresh or frozen veggies to spruce up your ramen.

Toward the end of the boiling process, add some leafy greens like spinach, bok choy, or cabbage to the broth. The veggies should wilt in the boiling water with the ramen, so you won’t have to use a second pot.

You can also run some frozen veggies (like corn, peas, or carrots) under running water until they defrost and then toss them in the pot when the noodles are almost done cooking. 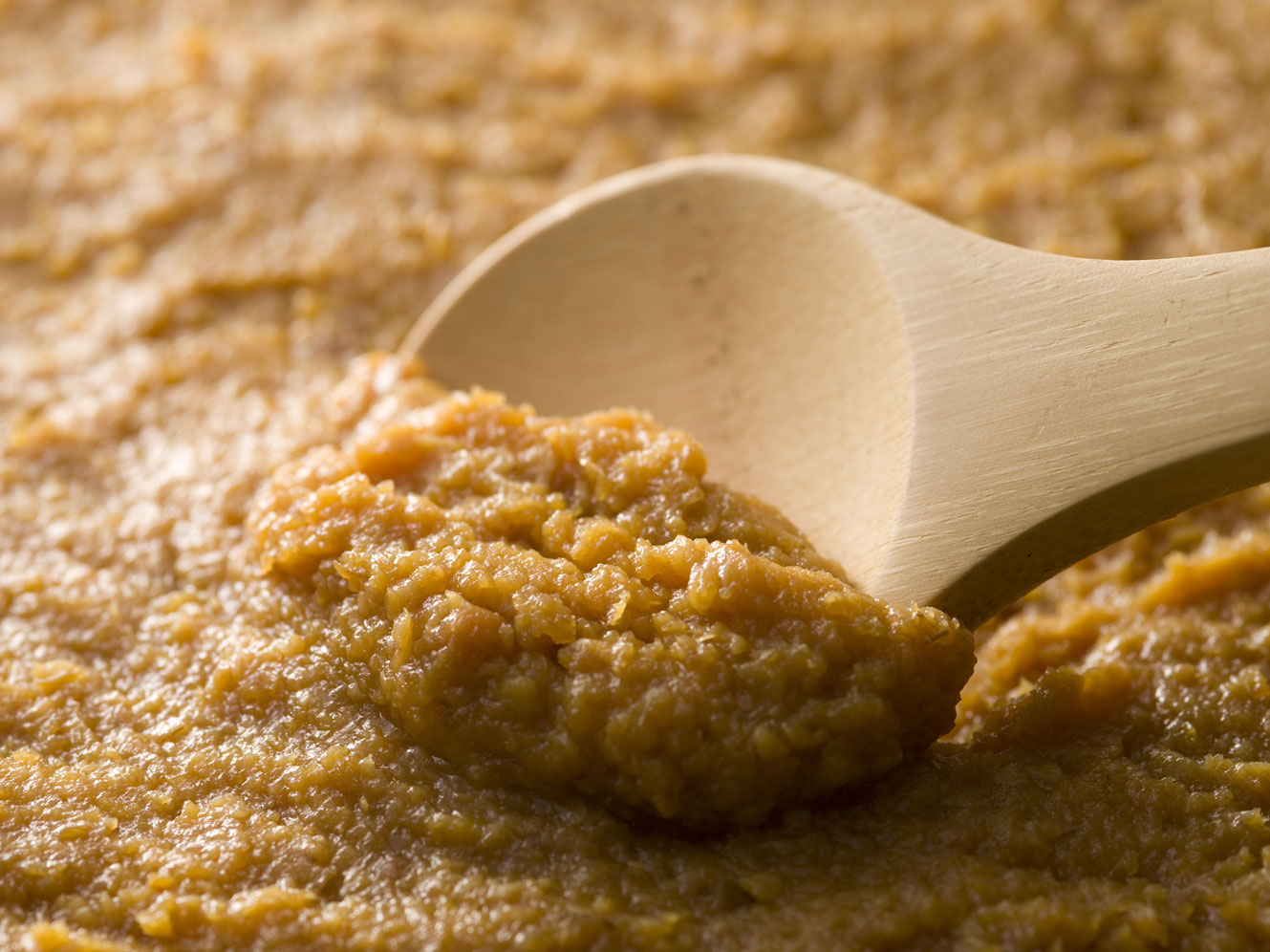 jazz3311/ShutterstockMiso paste is made from fermented soybeans.

Try swapping the seasoning pack that comes with instant ramen for a scoop of miso paste (which is made from fermented soybeans) instead.

According to Healthline, miso contains probiotics, which can help with digestion and improve one’s gut health. 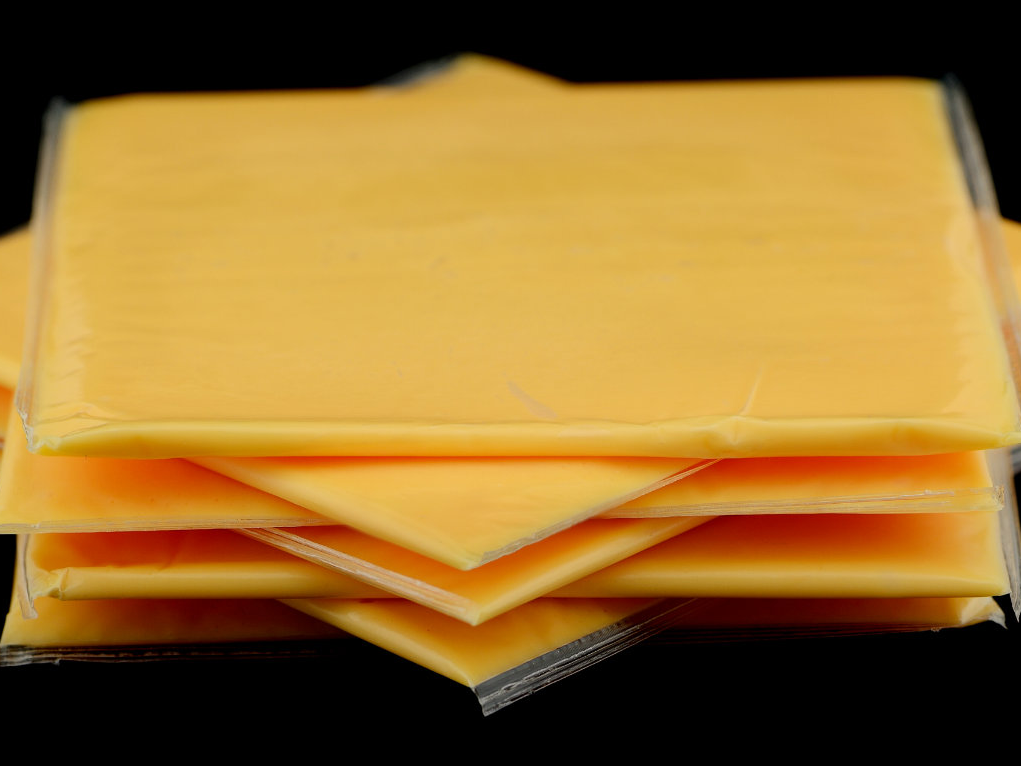 You can get his full recipe from The New York Times.

Top off your ramen with dried seaweed. 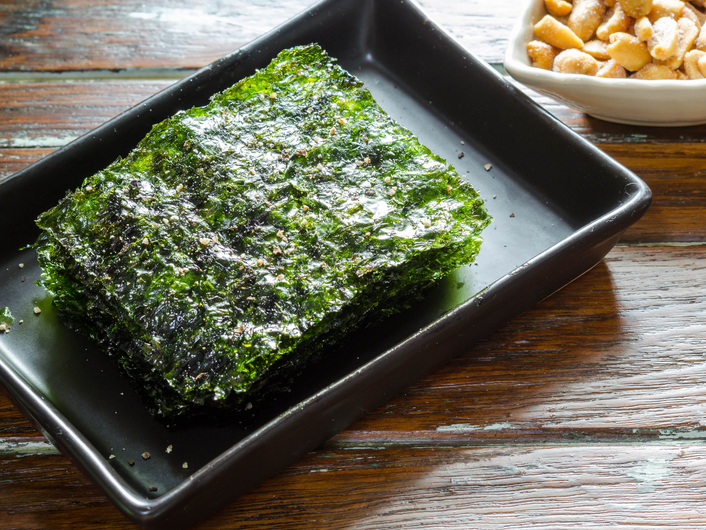 Ramen restaurants often serve a gourmet bowl of noodles with a sheet of dried seaweed, called nori, on the top. Try crumbling some seaweed sheets on your own bowl for an added salty crunch.

Throw in some kimchi for a salty and spicy flavour. 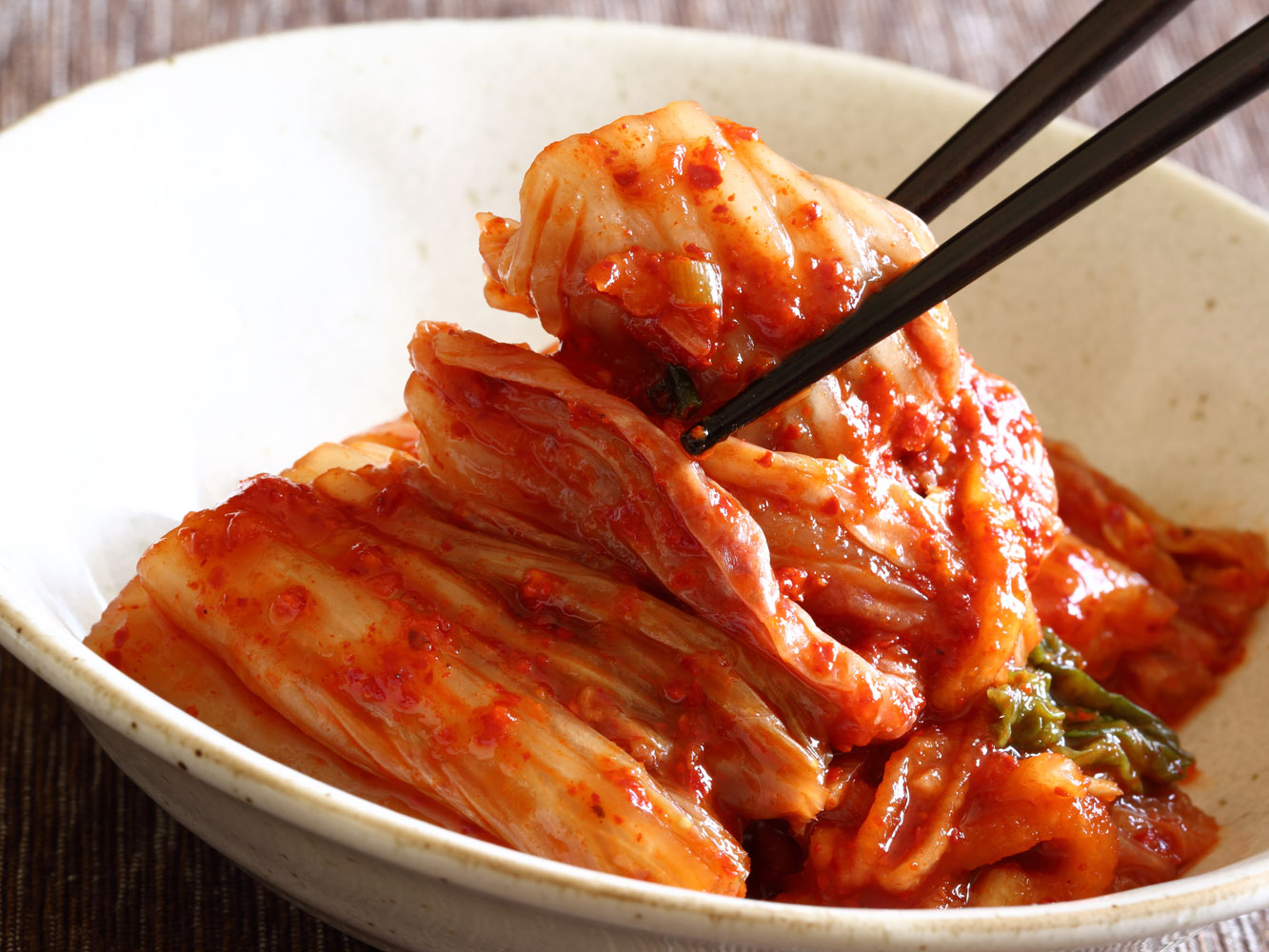 Gontabunta/ShutterstockKimchi is a mix of spicy, pickled vegetables.

Kimchi is a traditional Korean side dish that’s usually made from pickled and fermented vegetables. Simply top your prepared bowl of ramen with some kimchi for a spicy and salty boost of flavour.

You should be able to find premade kimchi at the grocery store – especially cabbage kimchi, which is the most common variety – but a Korean supermarket will likely have more options.

Add scallions and sesame seeds for extra flavour and crunch. 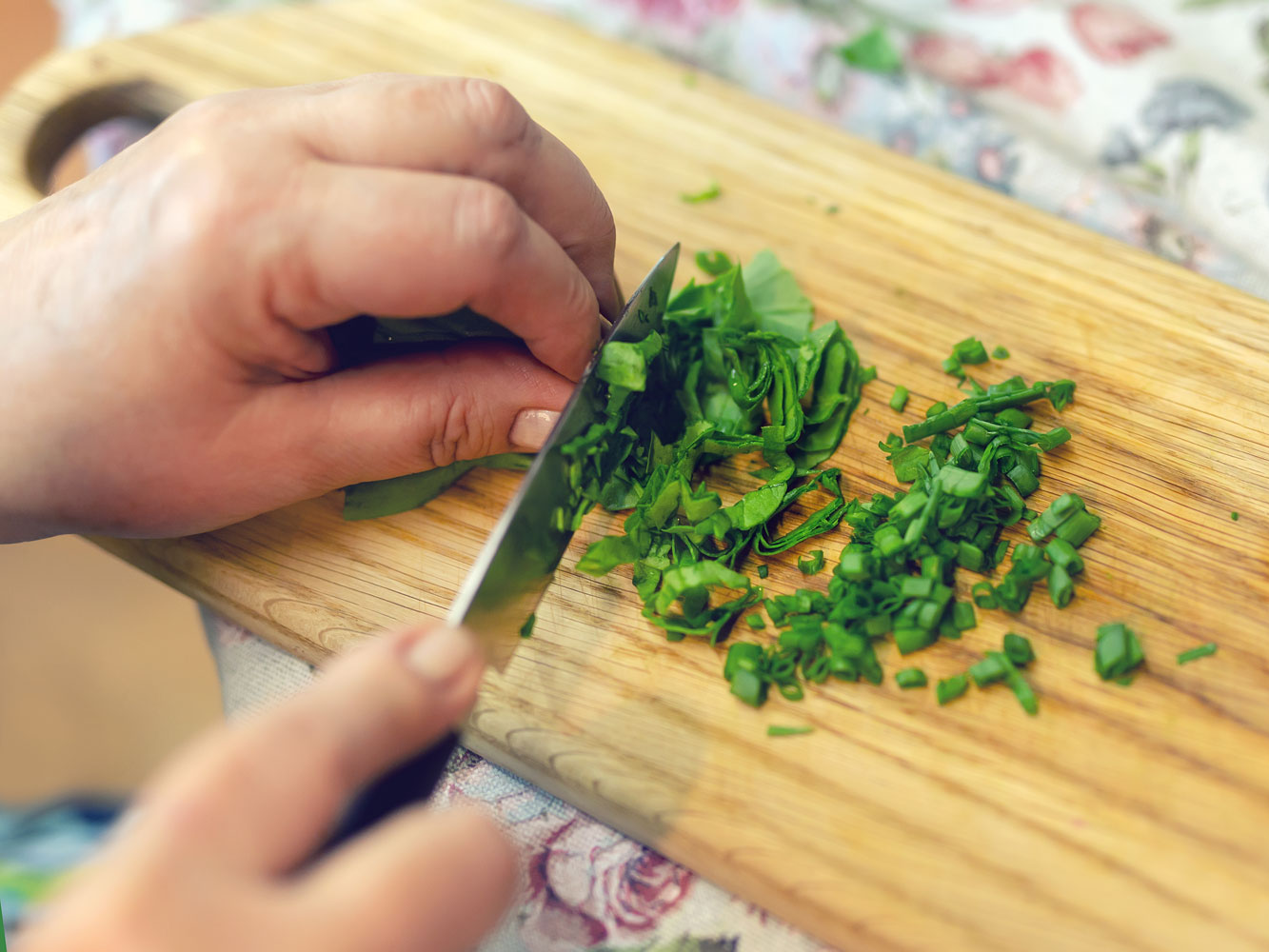 Make instant ramen as usual, and then top it with diced scallions and toasted sesame seeds. You’ll be surprised how flavorful these tiny toppings are. 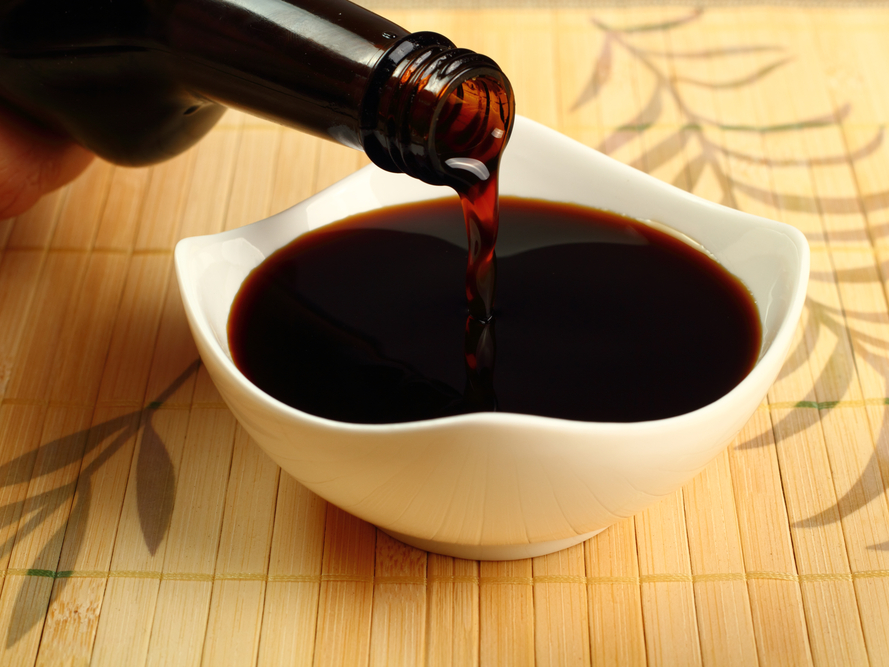 Some people find the instant ramen flavour packet to be too salty, but still want a bit of the salty flavour with their noodles. If that’s the case for you, try cutting the seasoning packet in half and throwing in a dash of soy sauce.