How to use and get rid of split screen on your iPad, so that you can multitask more efficiently 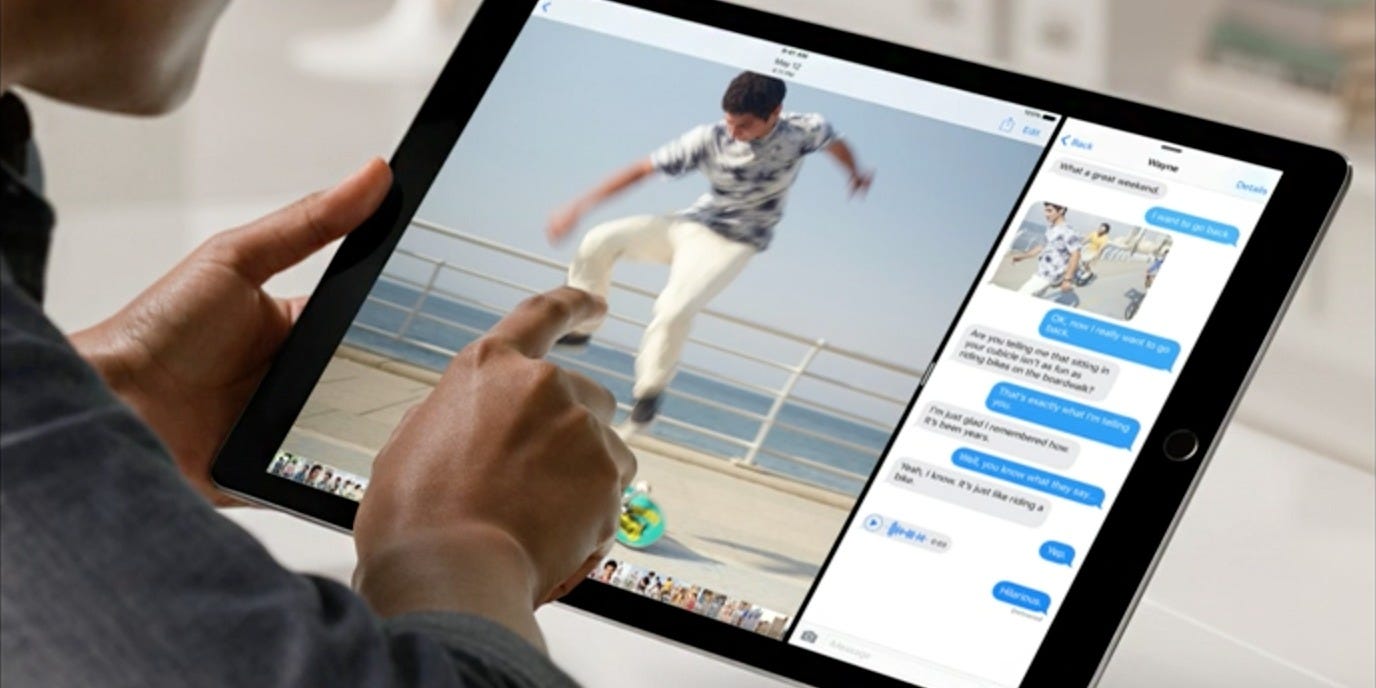 The iPad is so versatile that it might sometimes feel like a complete replacement for your laptop or desktop computer.

One example: you can now have two apps open on your iPad at once, just like any desktop computer.

Unfortunately, the split screen mode on the iPad can be incredibly confusing.

Case in point: suppose you have two apps open, side-by-side. How do you close one, and get back to a single-app view?

We’ll cover that, but first, a quick primer on how to use the iPad’s split screen capability.

First of all, to use the split screen mode on an iPad, you’ll need to be using an iPad Pro, an iPad 5th generation or newer, an iPad Air 2 or newer, or an iPad mini 4 or newer. Check out this article from Apple to tell what type of iPad you have.

1. When using apps side-by-side on your iPad, you’ll need to “grab” the second app from the Dock bar that appears at the bottom of the Home page. That means if that app isn’t normally found there, you need to open it, so it shows up temporarily in one of the “recently used” slots on the right side of the Dock.

2. After making sure that the second app will appear in the Dock, start the other app that you want to use.

3. Swipe up gently from the bottom of the screen to see the Dock. Don’t swipe up too hard, or you’ll just return to the Home screen. Only swipe up enough that the Dock floats over your app. 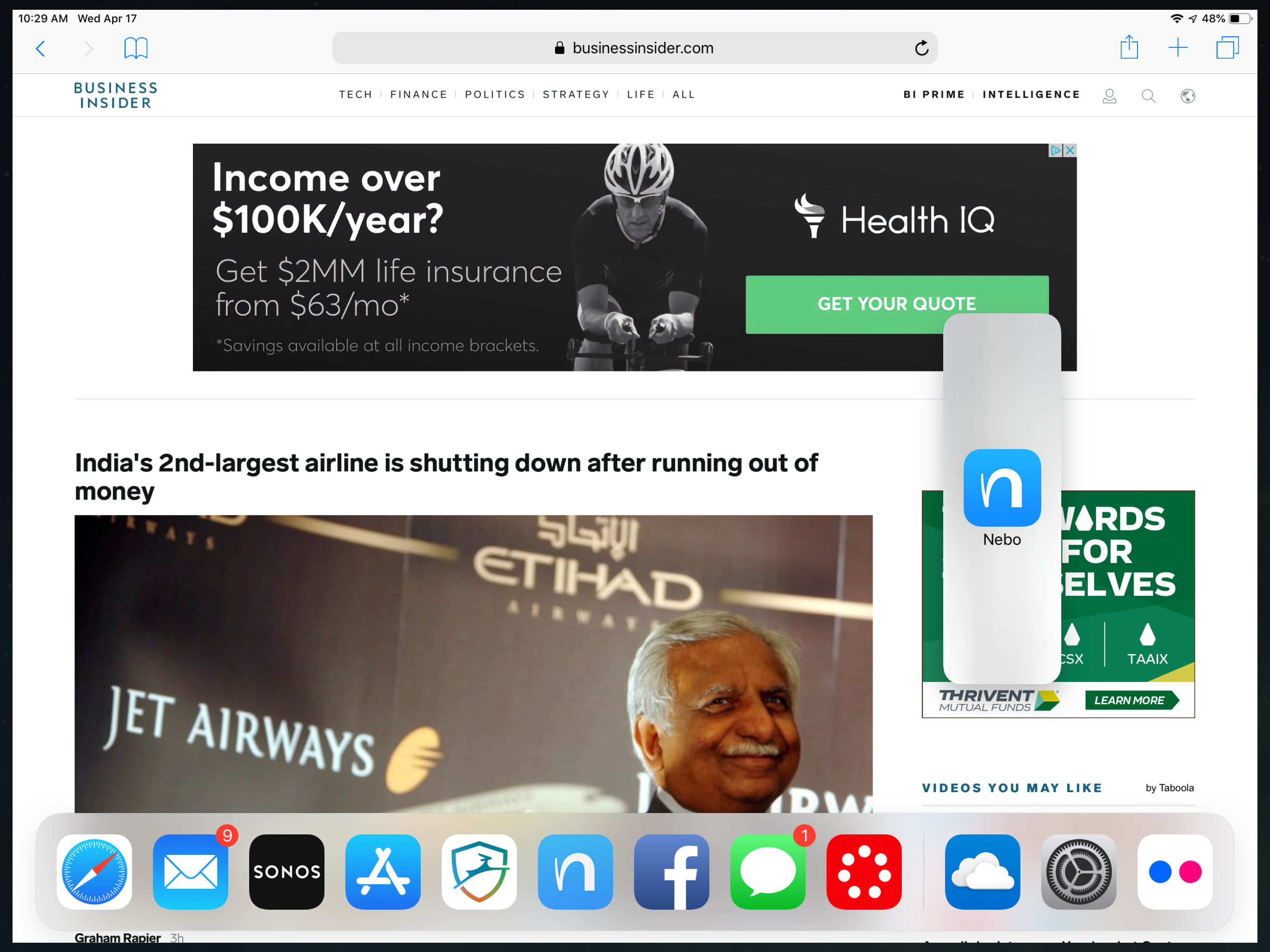 Dave Johnson/Business InsiderTap and hold the app, then drag it towards the right edge of the screen. Dave Johnson/Business InsiderYou can multitask by positioning two apps side-by-side on your iPad.

Not all apps can run in split screen mode. If you dry to drag an app out of the Dock and it will only run full screen, this is why.

How to get rid of a split screen on your iPad

If you already have two apps on the screen and want to close one of them, it’s easy to get back to the standard one-app view, once you know the trick. Dave Johnson/Business InsiderAs you drag the second app downward, it will automatically dock to the right side of the screen.

How to turn off split screen on your iPad permanently

If you dislike this feature and don’t want to accidentally open apps side-by-side, you can disable it entirely. 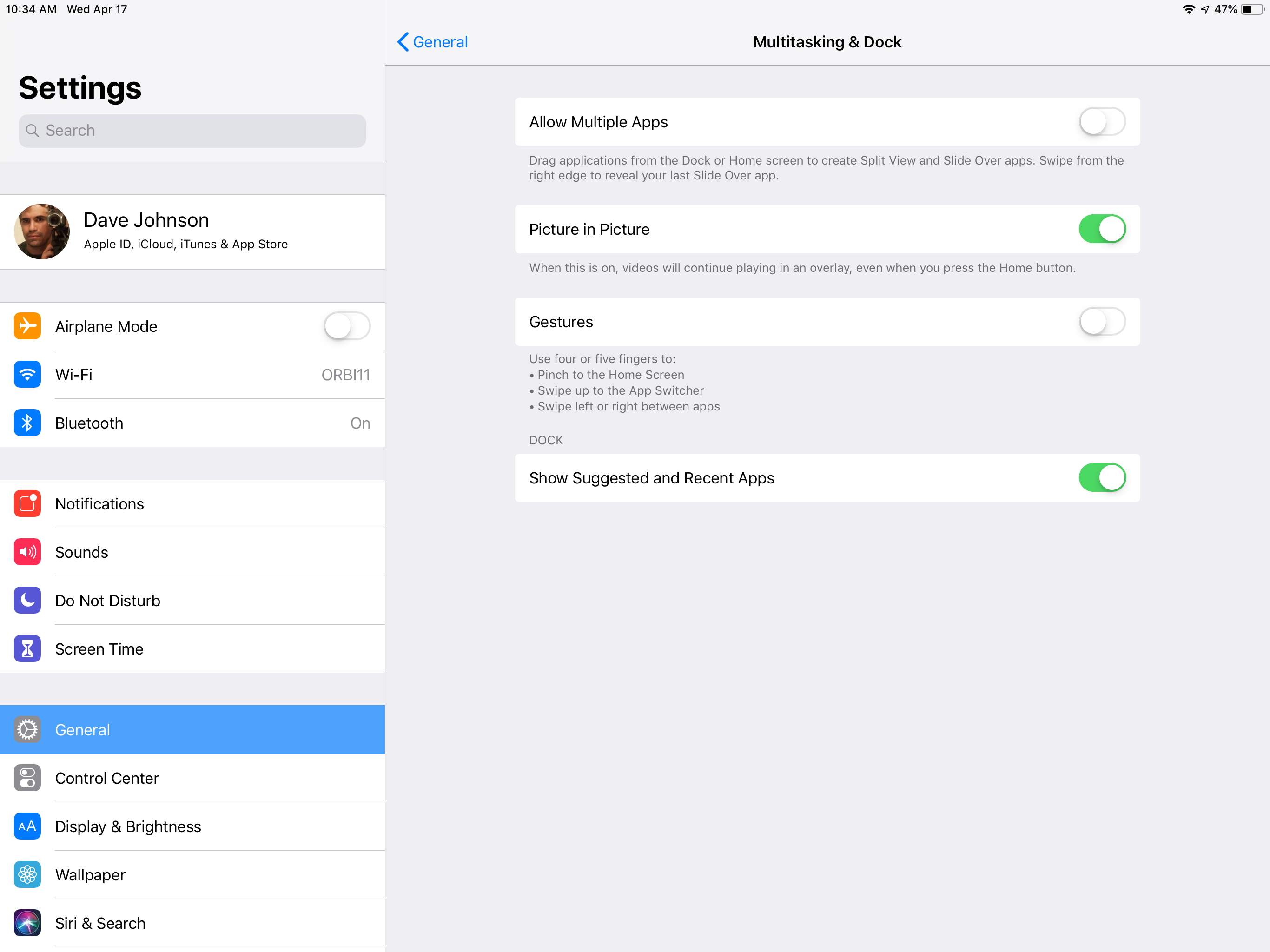 Dave Johnson/Business InsiderIf you dislike the split screen mode, you can turn it off entirely.