How to destroy a hard drive after removing it from your computer, so that its contents can never be recovered 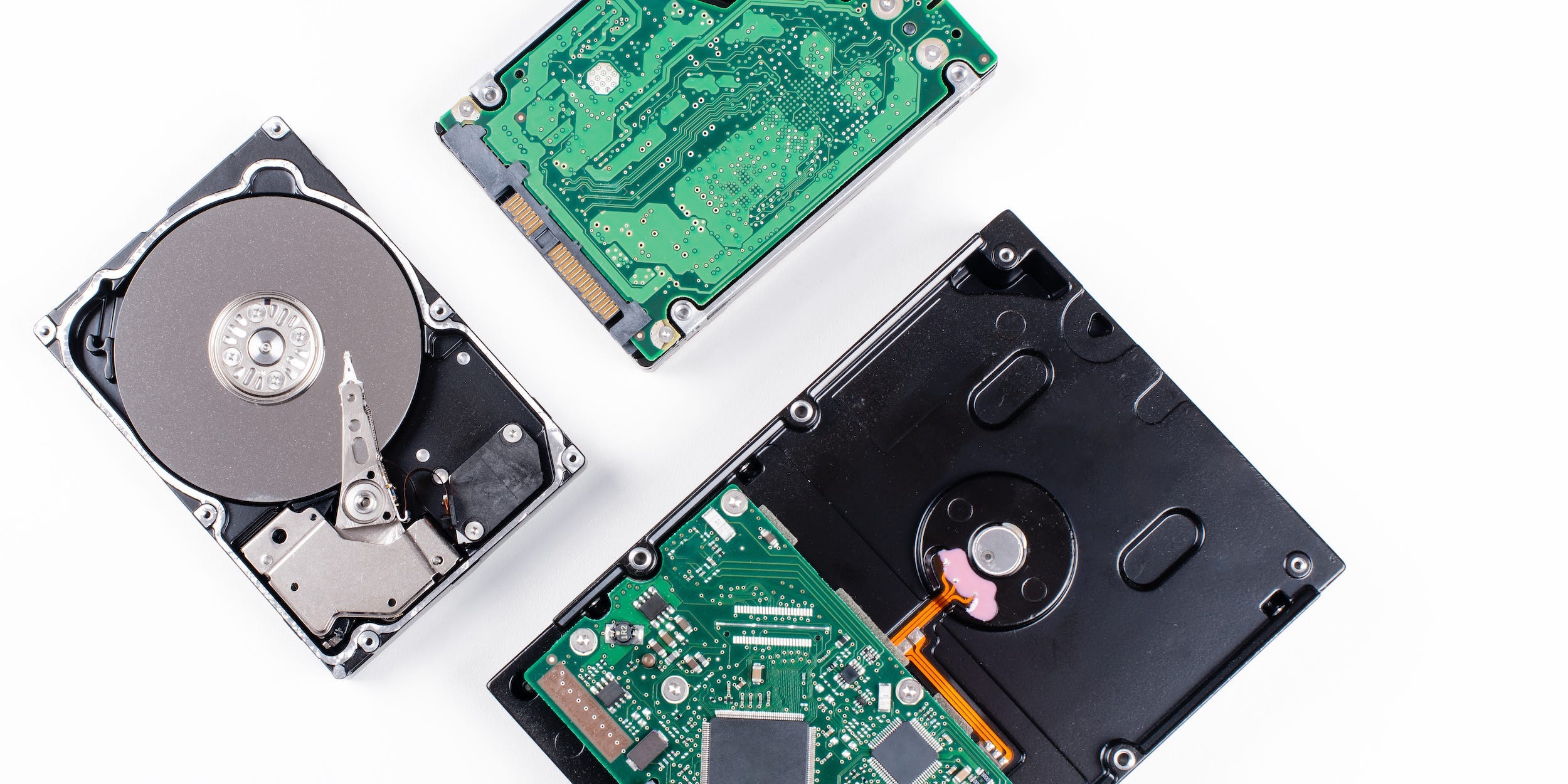 When you’re selling, donating, or recycling a computer, it’s critical that you ensure you’re not accidentally giving someone else access to your personal and private data stored on the computer. One way to do that is to thoroughly wipe (not simply erase) your old hard drive â€” for details on how to do that, see our article on fully wiping your computer’s hard drive.

You can go further, though. For the ultimate personal security, you can remove the hard drive from your computer before you give it away and destroy the drive. That’s not as hard as it sounds, and ensures your old data is completely inaccessible to anyone ever again.

You don’t need much to disassemble and ruin a hard drive: 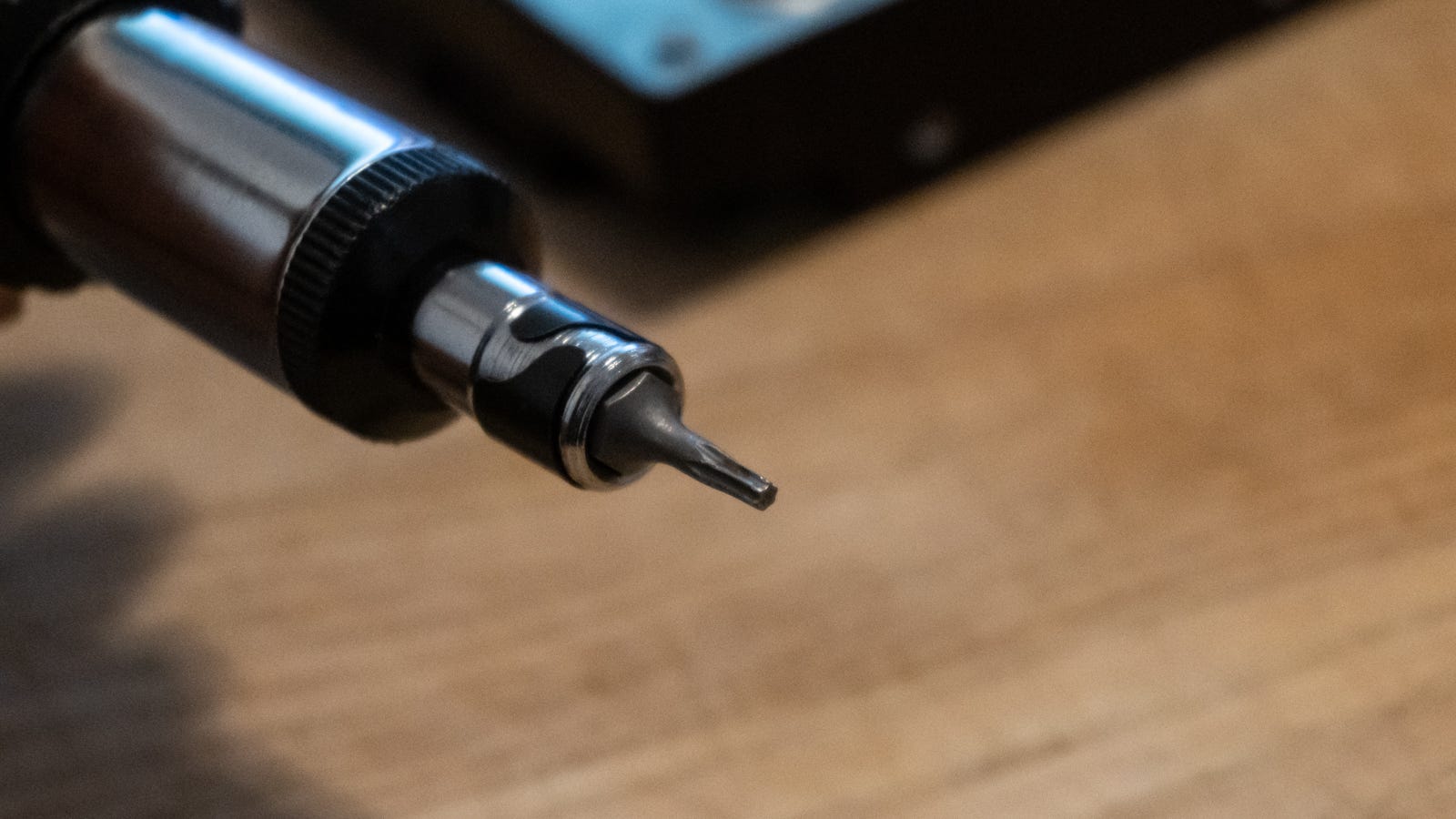 Dave Johnson/Business InsiderThe only unusual tool you need is a Torx screwdriver (not everyone has one in their toolkit).

How to find and remove the hard drive from your computer

Start by removing the hard drive from your PC. If you have a desktop or tower PC, unplug it and remove the cover or side panel (some cases are toolless and you only need to loosen some restraints, while others might require a screwdriver to remove screws).

Look for the hard drive, which will be inserted in a drive bay or screwed to the side of the chassis. In most cases, you can simply disconnect the power and data cables and slide the drive out of the computer, but it might be screwed in place, in which case you’ll need to use a Philips head screwdriver to get it out of the PC.

How to destroy a hard drive the fast way

If you’re in a hurry, you can damage it in a way that only a dedicated hacker will be able to recover any data.

1. Flip the hard drive over so you can see the main circuit board. 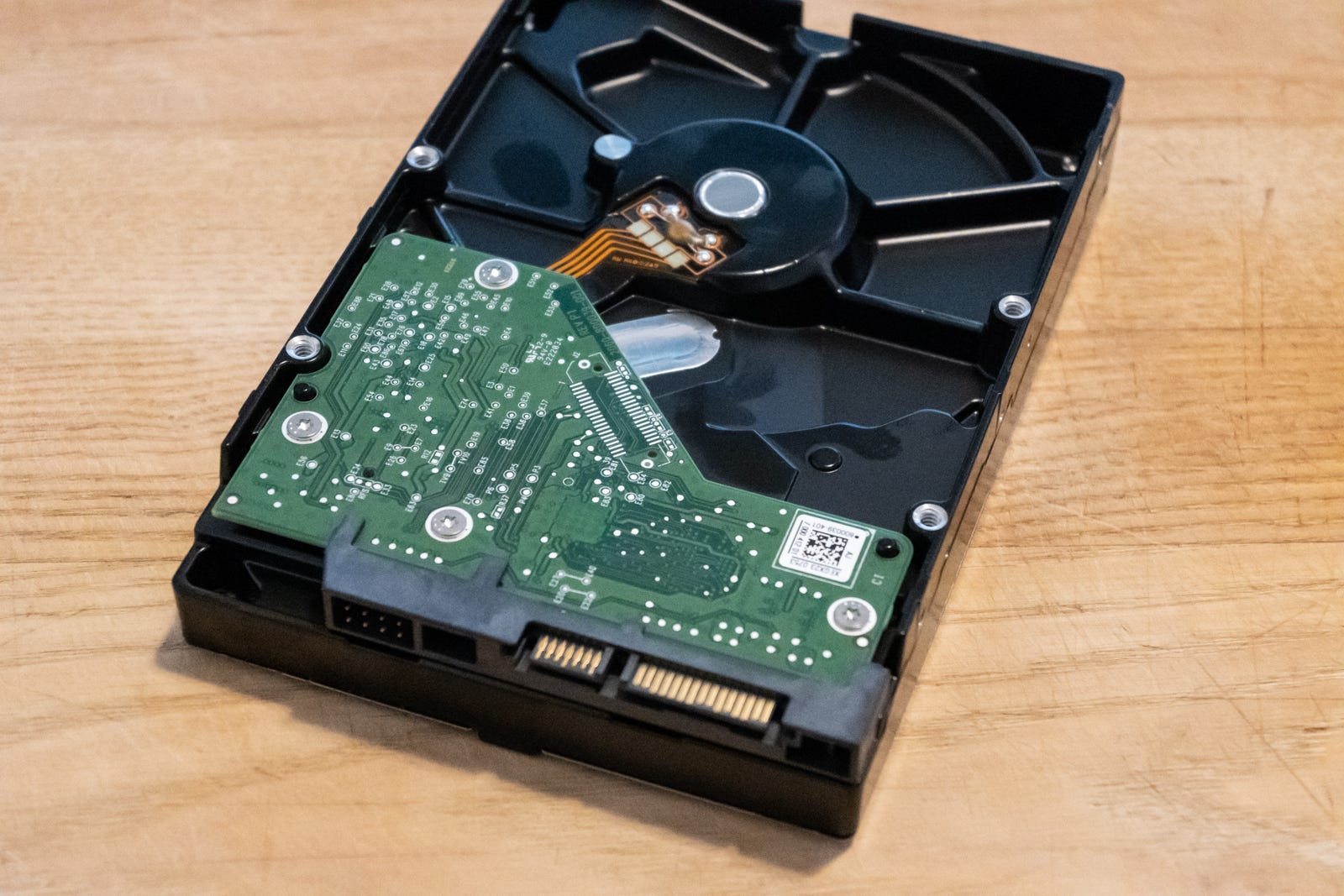 Dave Johnson/Business InsiderThe fast way to render a hard drive unusable is to remove the exterior circuit board.

2. Use a Torx driver to unscrew the circuit board using the four Torx screws.

3. Remove the board, break it in half, and discard it. 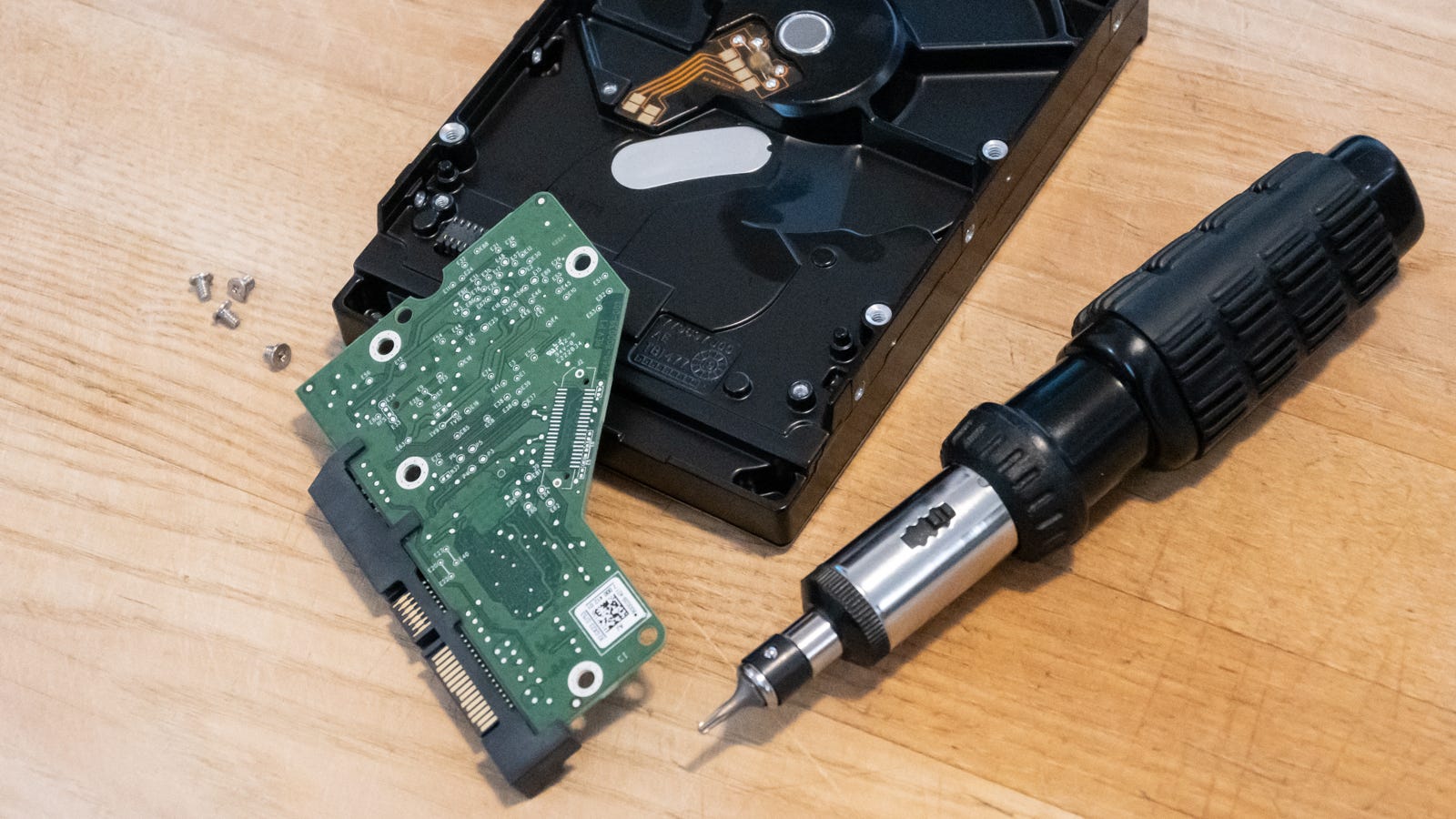 4. Now you can recycle the hard drive knowing that someone can’t simply connect the drive to another PC to read its data, so it’s safe from casual users.

How to destroy a hard drive the thorough way

If you are going to take the time to get your Torx driver and remove the circuit board, you might as well be thorough, since it only takes another five minutes to completely destroy the drive.

1. Remove the Torx screws around the outside edge of the top plate on the hard drive case.

2. There will usually be one additional “hidden” Torx screw under the paper label. Feel around with your finger for a depression and then use a flathead screwdriver to tear the label away. Then use the Torx driver to remove the final screw. 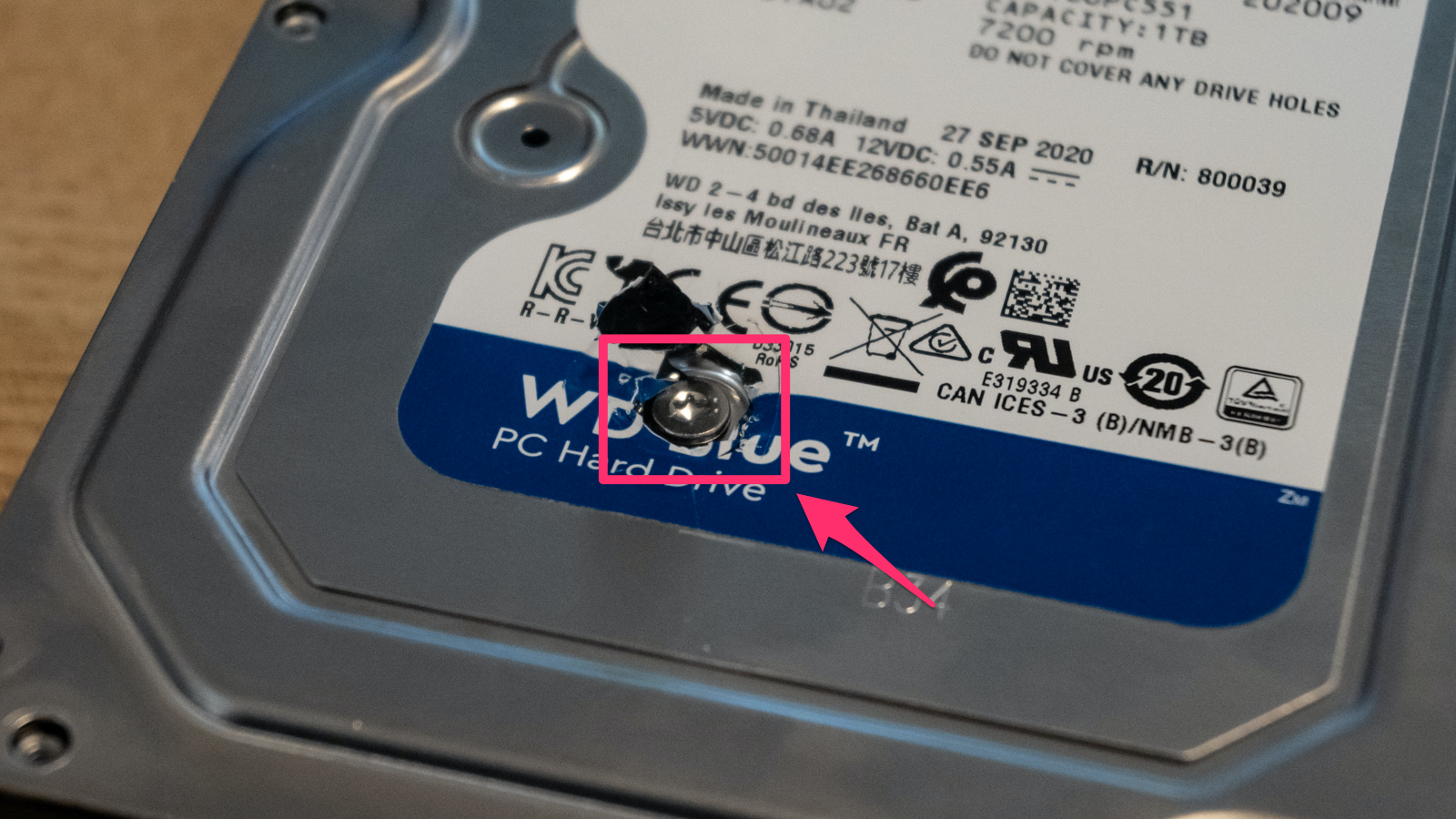 3. Pull the top plate off. You’ll probably need to pry it off with the flathead screwdriver. If it’s extremely hard to remove, make sure there isn’t an additional screw holding it together. 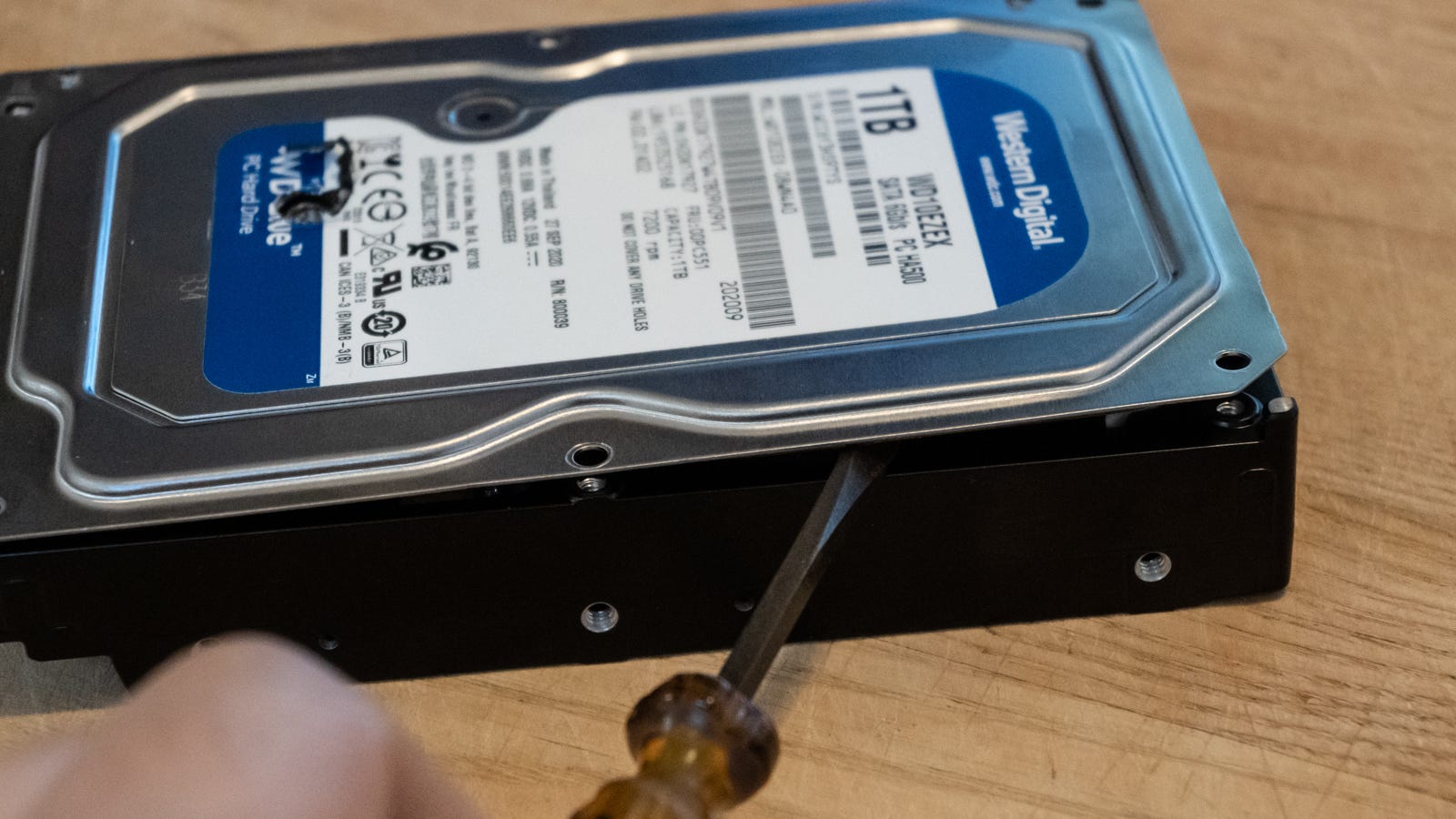 Dave Johnson/Business InsiderUse a flathead screwdriver to pry the top plate off.

4. Now you can see the hard drive platters â€” there might be several of them stacked atop one another, each with its own read/write head which looks sort of like a phonograph’s tone arm. 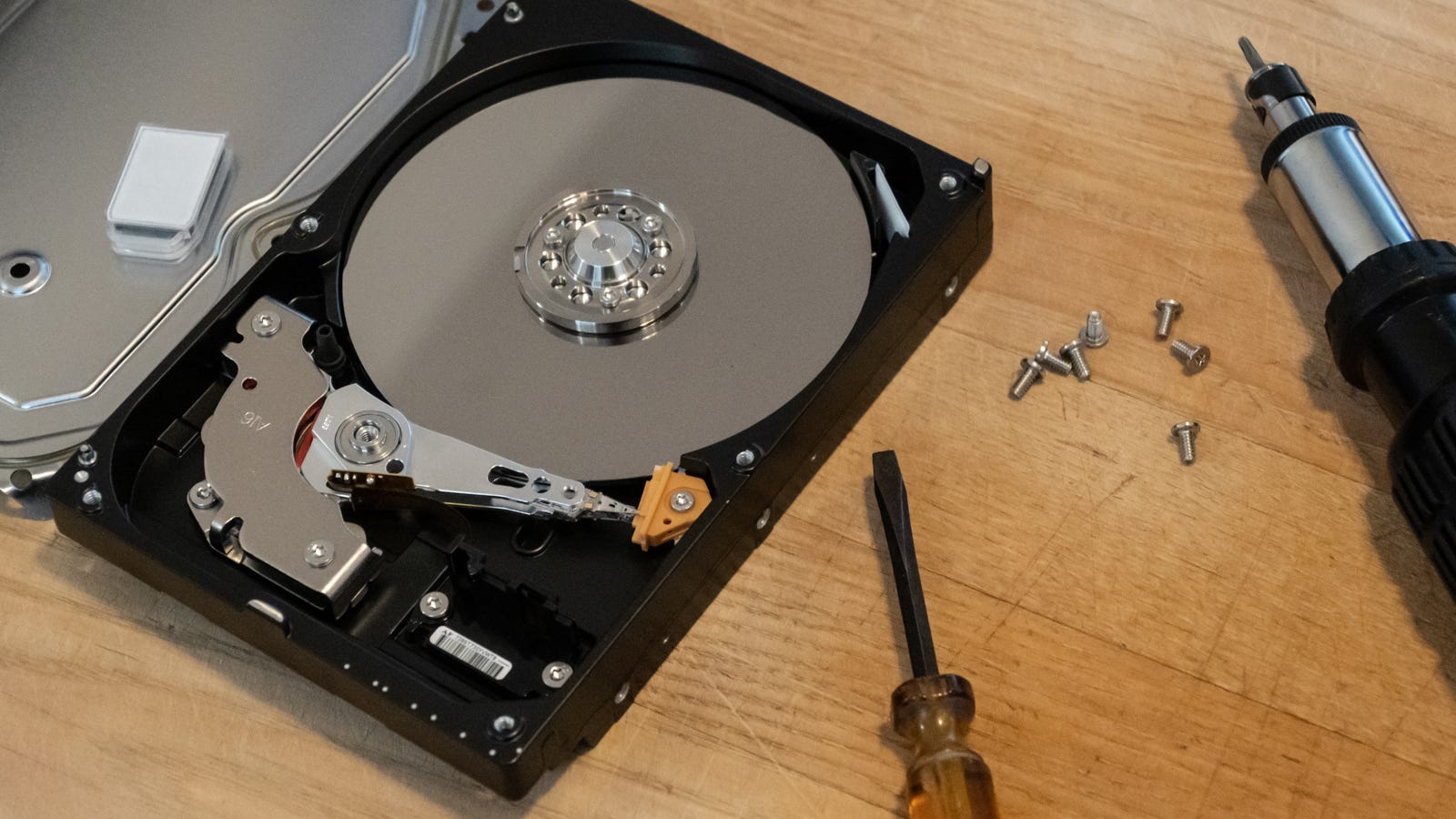 Dave Johnson/Business InsiderOnce you remove the cover, you can see the tone arms and platters, which are also held in place with more Torx screws.

5. Continue to disassemble the internal components by removing the tone arm and the platters themselves. There will probably be about three Torx screws on the spindle holding the platters in place.

6. At this point, the very act of exposing the platters to air and handling them with unprotected fingers has almost certainly destroyed the data on the drive. To be thorough, use a flathead screwdriver to scratch the surface of each platter. Now anyone would be hard-pressed to recover anything of value from this drive. 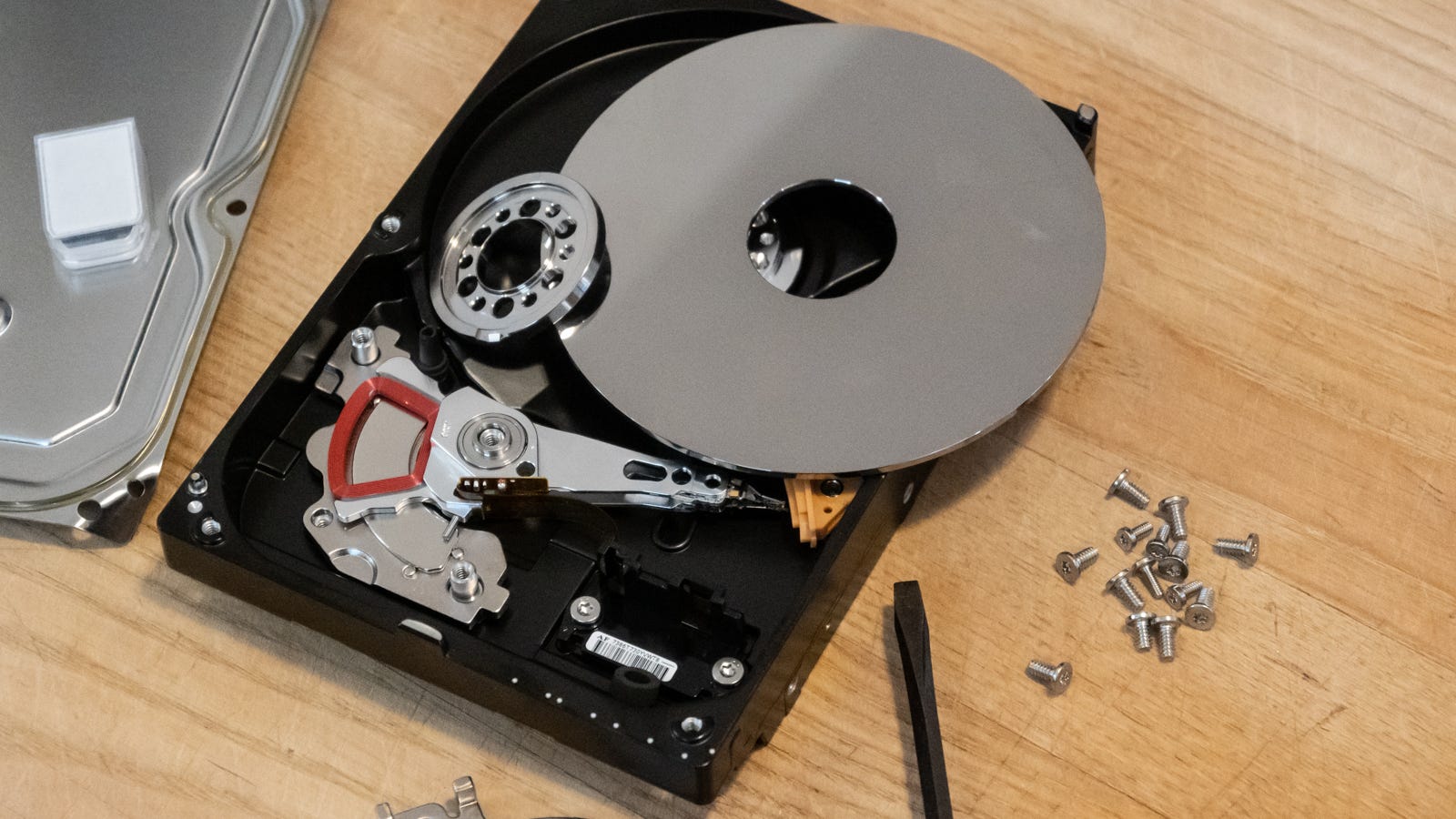 Dave Johnson/Business InsiderRemove the platters and scratch them to make data recovery impossible.