We all know that there are multiple ways to cast from your phone to your TV â€” but what you may not have known is that you can cast from a computer to your TV too.

If you’re using Google Chrome, you can cast websites from the browser to nearly any streaming device. All you’ll have to do is use the “Cast…” menu, which you can find in Chrome’s three-dot “kebab” menu.

However, there are some caveats to this. Unless you’re using a Google Chromecast, you can’t stream any webpage; most devices, like Rokus, will only accept video sites like YouTube and Netflix. A Chromecast, however, can cast nearly any website to your TV, as well as certain files.

You’ll also need to make sure that your phone or computer (whichever device you’re casting from) is connected to the same Wi-Fi network as your streaming device.

Here’s how to cast from Google Chrome to your TV.

How to cast from Google Chrome to your TV

Again, first make sure that your computer or Android phone is connected to the same Wi-Fi network as your streaming device.

1. Open Google Chrome, and head to the page that you want to cast to your TV. In the top-right corner of your screen, click or tap the three-dot menu.

3. A new menu will appear. Google Chrome will scan your Wi-Fi network for devices that it can connect to â€” within a few moments, you should see your devices appear. If they don’t appear, try restarting the streaming device and your browser.

4. At the bottom of this menu, there’s a small drop-down menu labelled “Sources.” Click this to pick what you want to cast:

5. Once you’ve decided what you want to cast, select your streaming device from the list. Within a few moments, the content should appear on your TV’s screen.

If the device you want says “Source not supported” under it, then it means that it can’t stream whatever you’re trying to cast to it. 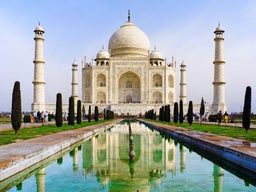