When Cisco executive Pankaj Srivastava was asked recently by his 12-year-old son what the Internet of Things was about, and why anyone would care, he pulled up a photo of an oil rig.

Was there any chance, he asked his Snapchatting, tweeting, Facebook-posting son, that the Internet was on that rig?

His son responded that there were oil workers on it, so, yeah, there was probably Internet too.

This anecdote between a father and son is the start of one of the simplest and best illustrations of what’s at stake in the construction of the industrial Internet.

Here’s how Srivastava, a Cisco vice-president overseeing software development, explained it to a gathering of IT executives and investors in Sydney this month:

There are probably now a million devices that are connected to the Internet on this [rig], that are looking at the flow of oil, looking at what’s happening, looking at the heat. Each one of them is actually a Facebooker, a tweeter, a Snapchatter, a Viner – that’s creating video and data and content that is now being consumed by people like you on the rig, just like you around the home are understanding what’s happening with the printer.

So imagine a world in which the business systems are as much on their own social networks to solve new business problems and create alerts and analytics and services the way our kids our doing, the way we have all learned to do with our mobile devices. … The way you are controlling the temperature of the house, the oil workers are using their phones to understand what all that data means, get to the problem or trouble, and do it securely. So that’s what IoT’s about.

The implications of this are profound, not just for technology development, but for what the jobs of millions of people around the world might look like over the coming decades. More on that in a moment; first, a very quick recap.

Most of what we hear about “the Internet of Things” tends to be one of two things:

These are both true. Yes, your house is going to be a little bit cooler and tricked out, although it’s hard to see a time when you magically never run out of milk, because the Internet still can’t deliver stuff to your door.

To the second point on the scale of what’s coming, here are some of the numbers involved, in charts from BI Intelligence.

First, there’s the financial stakes: $US6 trillion over the next four years.

That’s equivalent to the entire annual economic output of Australia being invested in connected devices every year for the next four years.

And here’s a projection for the amount of devices that will be connected to the Internet by 2020.

Cisco believes the number of devices connected will be even higher, projecting a number north of 50 billion devices coming online. Regardless of how many devices it is, what’s clear is the number will be huge, as are the financial stakes.

There’s a problem, however. With all of these devices creating “content” – or capturing data on whatever they are assigned to and transmitting it over the internet, just like someone obsessively tweeting their every move – most of their output will be boring and, like a lot of content on social media, completely pointless.

This low-level grumbling and standing-in-the-supermarket-line type of observation that turns so many people off Twitter is going to be a problem vastly multiplied in a world where billions of devices are connected to the Internet but have nothing remotely interesting to tell the world.

The architecture of the Internet is going to have to adapt somehow, and managing this vast array of devices in an intelligent way is, Cisco believes, the next frontier in computing.

They call it “the fog” – an extension of “the cloud”, the architecture which has already changed how companies around the world are managing their information.

“Most of our lives in that first Internet wave… we do something on our machine, our device, on any pane of glass, and it connects to a big brain function,” Srivastava said.

But with hundreds of billions of devices under operation, that paradigm doesn’t work any more. Connect to an oil rig generating 10 terabytes of data with a megabit of connection and you’re no chance of bringing all that sensor data back.

“So what we’ve been introducing is the fog layer,” Srivastava said. “(That) lets you bring cloud-like capability to make decisions, to embed functionality… right into the network securely.”

That last word – securely – is important because each of these devices and the data it is carrying is potentially an entry point to industrial or government networks. The reason Srivastava was in Australia was to announce a development with Australian startup Covata, the ASX-listed encryption company. Covata, which signed a 10-year deal with Cisco last year, is providing encryption technology called “Keys as a Services” (KaaS), which will enable encryption in fog computing for Cisco’s customers worldwide.

Covata has two patent applications lodged for its new product which aims to solve some of the headaches of security in an Internet-of-Things world, like letting all of your devices know about policy updates, or managing the security of devices that are designed to move around the world. KaaS, for example, allows users to confine access only to people in a specified location, adding another layer of complexity for network attackers based in other countries (think Russia and China).

But the creation of the fog layer, when you look at what Cisco is envisioning, also brings home the scale of the revolution coming through the automation of work processes that few people in 2016 could imagine being done by anything other than a person.

It’s where the rubber hits the road on the disruptive influence of automation on the jobs market.

Go back to the oil rig. This is a wildly complex piece of machinery. Having a million sensors and monitors attached to just one rig eliminates the necessity to have actual human beings watch everything that’s happening.

What applies there naturally extends into other machine-intensive categories like defence, construction, mining, or anything that involves moving stuff that consumers want efficiently, like aviation, shipping, and trucking.

“Robots” are not just replacing manual tasks like moving bits of material from one end of a building to another, or adding up columns of numbers and spitting out reports like book-keepers used to do.

The robots in oil rigs are monitoring, analysing, and sending alerts about what’s happening to the business, whether to the local engineers on the rig or to the chief engineers for the company back on land. They are telling the business what’s happening around them and, over time, they will get better at that task.

This is now a function that companies currently have to pay people to perform, and they are often highly skilled. The trouble is that a cut-throat CFO would described them as an “ongoing cost”. You have to pay them every month.

An array of robotic monitors that replace an engineer might cost a lot up front. But it will never take holidays, get sick, ask for a pay rise, or start a union.

Over the past six months, markets have started to catch on to the idea that technology might be playing a core role in the anaemic state of the global economy.

As Moelis & Co. chief executive Ken Moelis explained on CNBC recently, the deflationary forces that central banks are trying to fight are coming from a new and unexpected source.

I think in our world right now, you have so much technology driving price transparency, pricing power, efficiency. These are great things. I mean, what Amazon is doing – if you are a retailer, look, you better take your profit down and give the consumer an awfully good deal if Amazon is going to replace you.

When you consider how much upheaval the Internet has already caused across industries, the next wave of disruption from the billions of devices monitoring everything from the parts of your car to the plumbing in your house, it’s clear the industrial internet is going to reshape work and the skills equation in the global economy in ways few people have yet imagined. 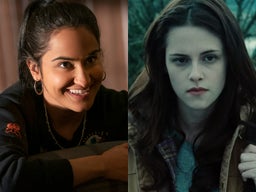