Bob Lutz watched General Motors go into bankruptcy in 2009, and for several years, he has been deeply critical of Tesla and CEO Elon Musk.

“I’ve been totally consistent on this,” he told CNBC last week, following Tesla’s first-quarter earnings and after a surreal Muskian performance on a conference call with analysts. Lutz then did what he often does, praising Musk as a visionary before pointing out that his “costs are way higher than his revenues” and that he’s been keeping Tesla going by returning to the capital markets for funding.

“That may work one more time, and then he’s going to run out of money again, and then he’s cooked,” Lutz said. “At this rate, Chapter 11 [bankruptcy] is a certainty.”

Lutz could be right, and Lutz could be wrong, but he’s been around the car business long enough to know when the endgames are afoot.

I’ve been covering Tesla for a decade, starting at about the same time the company evaded its previous brush with Chapter 11 in 2008. Lutz is right. Tesla is close to the edge. Investors need to start thinking not just about the stock tanking from its current height, nearly 1,000% of the 2010 IPO price – they need to start thinking about being how they could get wiped out.

Tesla increased automotive revenue year-over-year in Q1 by almost 20% – but the company still lost $US710 million.

Musk thinks that by the second half of 2018, this will reverse and that automotive revenue will dramatically increase as the Model 3 mass-market vehicle seriously ramps up production and Tesla can reel in an average purchase price that will be around $US50,000-$US60,000. Costs will remain steady, and presto! No more losses, cash piling up on the balance sheet, and Tesla is out of the woods.

A rosy scenario that would imply Tesla gets Model 3 on track – and then doesn’t spend significantly more money on anything else. No new factories, no new models, no new technologies. From his comments on last week’s earnings call, it sounds as if Musk is gently pushing some objective farther off into the future. Such as the Model Y, a forthcoming crossover SUV.

If it doesn’t work, then Tesla keeps losing money and has to beg for new funding, perhaps on onerous terms. I think Lutz is right that the markets will give Musk one more shot. And then, unless he sells off a chunk of Tesla to a deep-pocketed investors or partners with somebody, it’s time for the portly lady to sing.

Model 3 reservation holders get tired of waiting for their $US35,000 car.

That’s not crazy far from the cheaper trim levels of the Model S sedan that have sold in Tesla history (the least expensive Model S is about $US75,000). So Tesla’s first Model 3 buyers aren’t hugely different from its prior customers.

Knock the price down to $US35,000 and you open up the mass-market. But you also make less profit per car. And you cut into revenue. All negatives for Tesla in its current predicament. So Tesla could continue to hold off on producing the base Model 3, perhaps so that it preserves a $US7,500 federal tax credit for wealthier customers.

That incentive phases out after Tesla sells 200,000 vehicles in the US, and because it’s a tax credit, it’s of use mainly to richer folks who might actually owe the IRS something on April 15.

Tesla’s go-to-market has always been to start with upscale models and roll out the cheaper stuff later, but Tesla needs to sell hundreds of thousands of Model 3s to make the business work, and as Lutz has noted, the market in the US for $US60,000 cars isn’t big enough to support Musk’s deliveries goals.

Thus, Tesla must have customers who will buy the cheaper Model 3. But Tesla is making them wait and wait. If they doubt that Tesla will ever deliver their car, they could bail en masse and then it’s curtains for Elon.

Tesla is cut off from the debt and equity markets.

As a growing public company, Tesla has since 2010 benefitted by steady access to equity and debt markets. It’s been able to sell new stock, issue convertible debt (debt that’s turned in equity at some point), and even offer some high-yield junk bonds. Running out of cash hasn’t mattered; Wall Street has been happy to finance Tesla’s expansion.

Musk has declared that Tesla won’t need to raise new funding in 2018, and maybe it won’t. Lutz thinks another capital raise is on the horizon. The economy is seemingly pretty stable at the moment, but if things get rocky and a recession arrives, Tesla’s scary balance sheet ($US10 billion in debt, less than $US3 billion in cash) could land it in major financing trouble.

It’s important to remember that like Tesla, GM and Chrysler were saddled with debt and failing to make money prior to the financial crisis. But nobody was seriously predicting Chapter 11 – until both carmakers had their access to debt funding cut off. Then bankruptcy arrived like a raptor swooping down on its prey.

Tesla is playing chicken with its balance sheet and has gotten away with it while the economy has been bubbly. In the car business, that works until suddenly it doesn’t.

When GM had to undertake a massive recall of faulty ignition switches on its vehicles in 2014, it wound up costing the automaker over $US4 billion.

When Volkswagen settled with the US government for cheating on emissions tests, the price tag rose to $US30 billion.

Recalls happen all the time, and Tesla has dealt with its own. And the more vehicles it manufactures, the more it exposes itself to problems. That’s a fact of life in carmaking.

Tesla can’t afford a major recall at this juncture. But given that it’s just now shifting from being a low-volume luxury vehicle manufacturer to being a higher-volume company, it’s still learning how to build cars. Mistakes will be made. A big one could put an end to the company.

Tesla is consumed by infrastructure.

Tesla wants to be highly vertically integrated, owning everything from the factories that make it batteries to the plants that build its cars to piece of the supply chain to dealerships, service centres, and charging stations.

In other words, Tesla’s biggest challenge now is building cars, but to manufacture and market those cars it also needs to spend money on batteries and Superchargers, for example. These are almost fixed cost for Tesla because without them, its vehicles either can’t get built or won’t appeal to consumers.

Supporting all this extra activity could sink Tesla even if it gets the car part figured out. 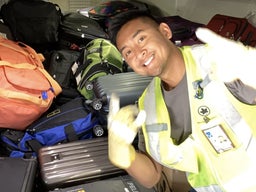 A baggage handler has gone viral on TikTok for showing how... 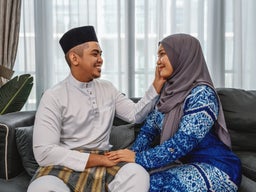 How to use the 6 stages of a relationship to strengthen...