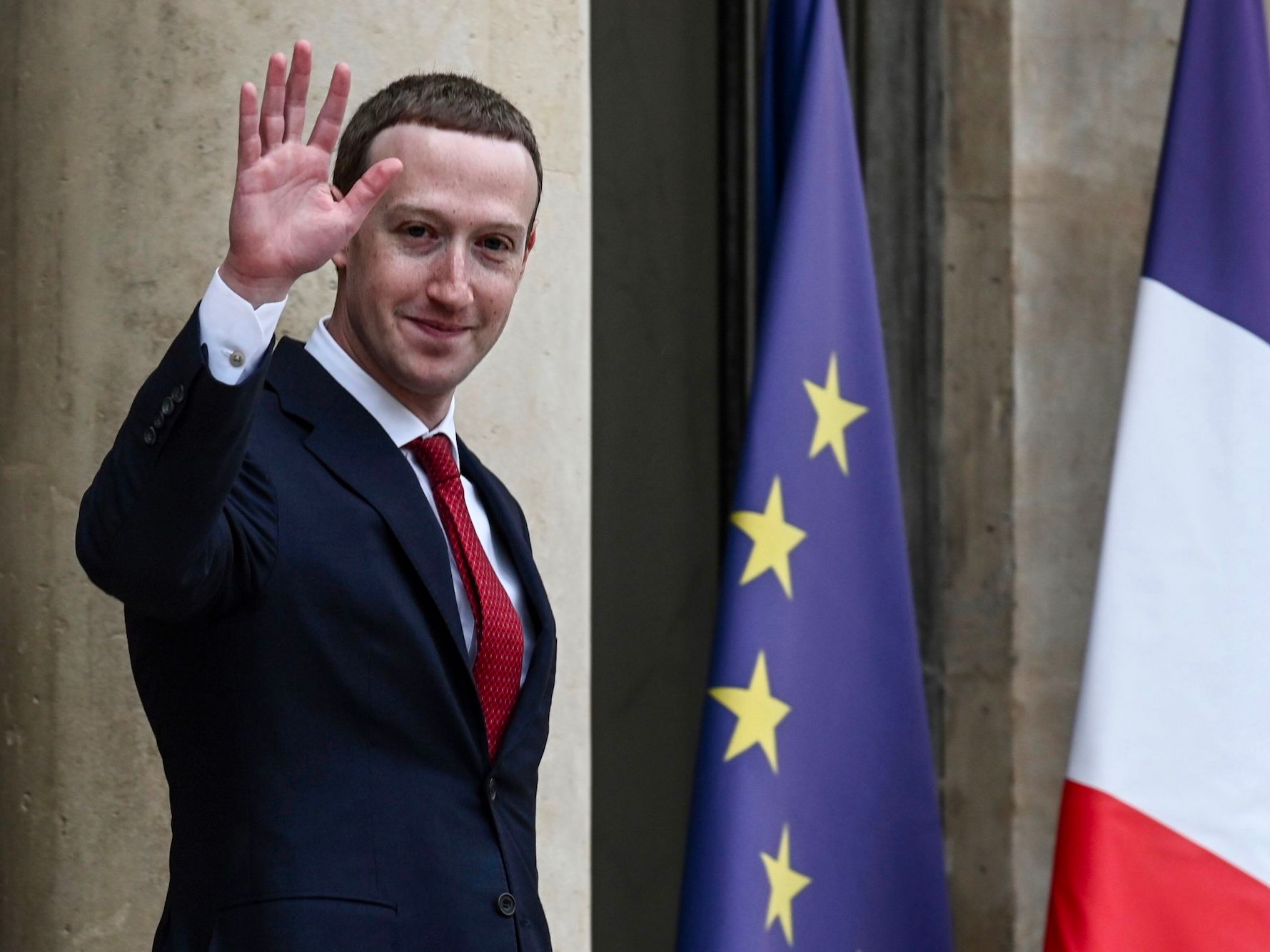 PHILIPPE LOPEZ/Getty ImagesMark Zuckerberg is estimated to be worth over $US76 billion.

Mark Zuckerberg’s net worth dropped by nearly $US10 billion in just a week after Coca-Cola, Starbucks, and other major brands halted their social-media advertising with the tech giant, according to Bloomberg.

Even though Zuckerberg’s personal fortune has been on a rollercoaster ride since Facebook’s catastrophic year in 2018, he still remains one of the world’s richest people.

In spite of his billions, Zuckerberg doesn’t have a taste for opulence, especially when it comes to cars, clothes, and travel. He does, however, have an affinity for developing his real-estate portfolio – he most recently dropped $US60 million on two Lake Tahoe properties.

As a member of the Giving Pledge and cofounder of the Chan Zuckerberg Initiative, which he started with his wife Priscilla Chan, Zuckerberg has also dedicated much of his fortune to charitable causes.

No matter how he spends his money, it seems that Zuckerberg will always have billions left over. Here are nine facts that show just how rich Zuckerberg really is.

1. Zuckerberg is so rich that he’s able to live off an annual salary of $US1. 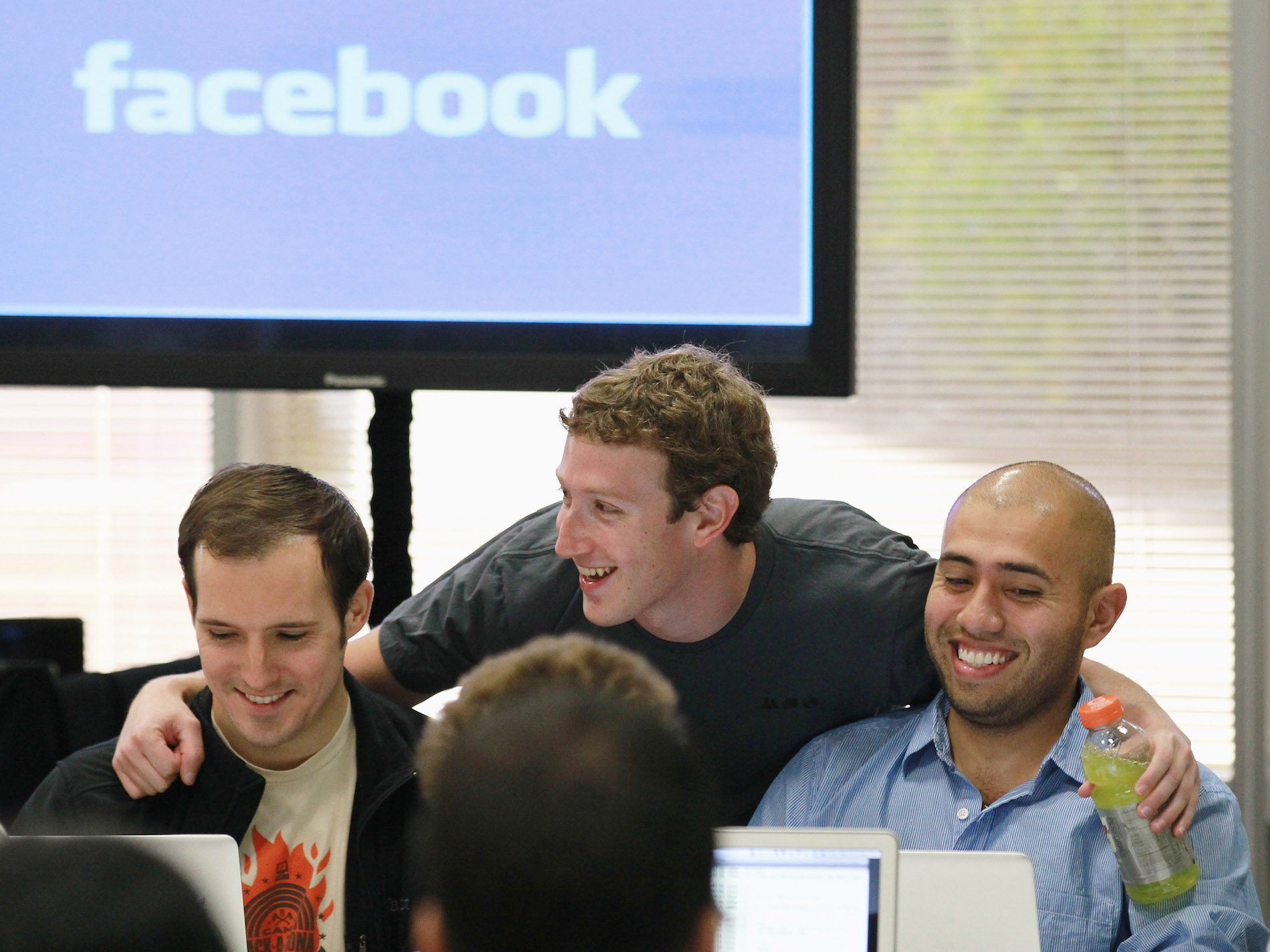 He previously made a reported $US770,000 from his Facebook salary and bonuses, but he slashed his salary to its current rate in 2013. That means a huge chunk of his wealth is tied to Facebook stock; he owns nearly 17% of the company, reported Business Insider’s Jake Kanter.

Unfortunately for Zuckerberg, that means dips in Facebook’s share price have a major impact on his personal fortune.

2. Each year since Facebook’s IPO in 2012, Zuckerberg has added an average of $US9 billion to his net worth. 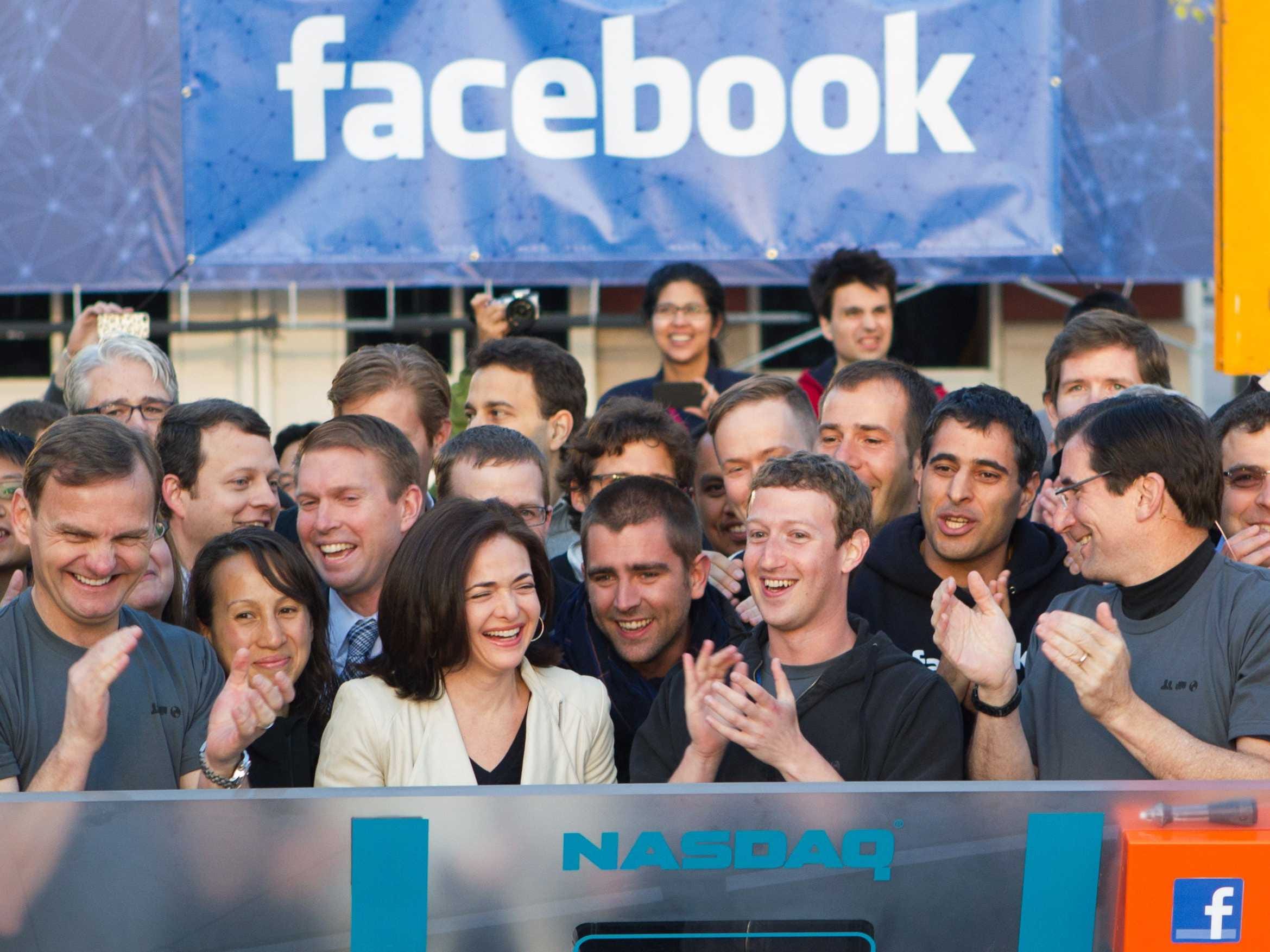 At $US16 billion, Facebook is the second biggest tech IPO in history. Since then, the stock has increased by more than 408% for a current market capitalisation of $US547 billion,reported Lucinda Shen for Fortune.

3. Zuckerberg’s 2020 net worth sank after Coca-Cola halted its social-media advertising — but he still retains a spot in the world’s top 10 richest people. 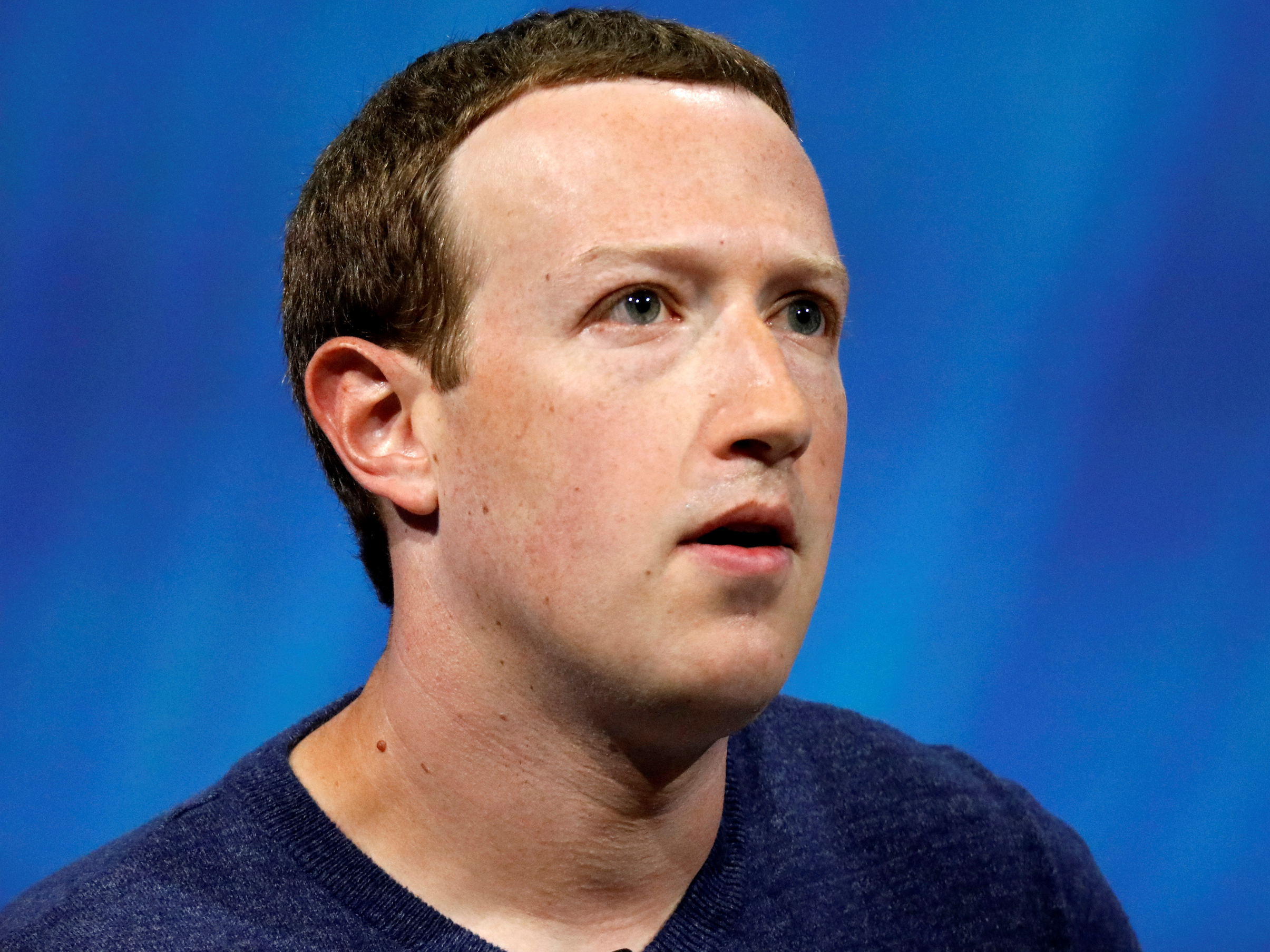 Zuckerberg’s net worth fell in 2019 following a year of Facebook scandals, reported Kanter, but his ranking has since recovered. It fell again in 2020 when Coca-Cola joined the Facebook ad boycott as part of the #StopHateforProfit campaign by American civil-rights groups. (Other major brands have followed suit.)

As of June 28, 2020, Bloomberg ranks Zuckerberg as the world’s fourth-richest person.

4. In 2018, Zuckerberg earned roughly $US1.7 million an hour, according to previous Business Insider calculations. 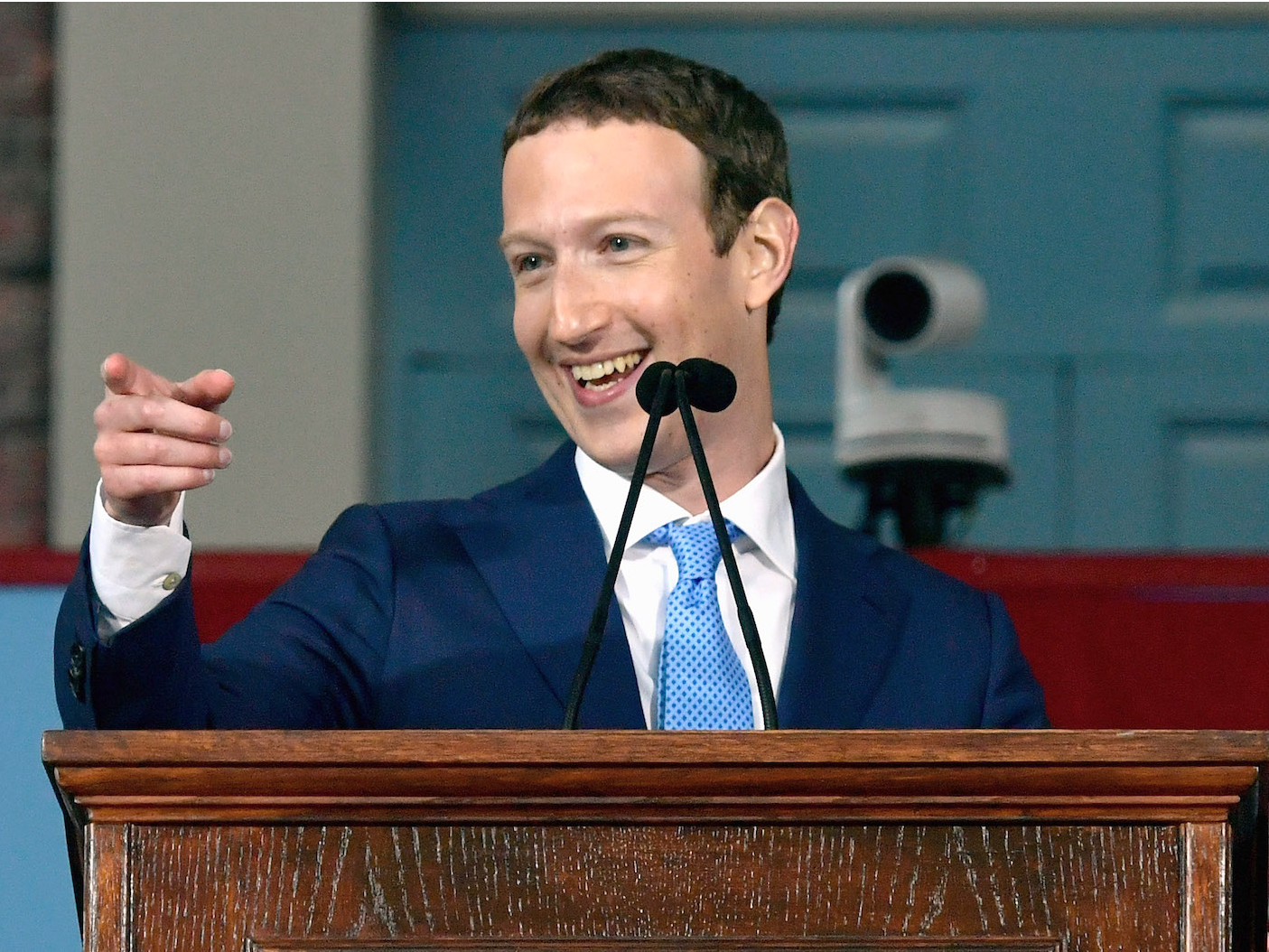 We then divided all annual earnings by 8,760, the number of hours in a year, to calculate how much he earned an hour.

5. It took Zuckerberg less than an hour-and-a half to earn what the average American man with a bachelor’s degree will earn in his lifetime — $US2.2 million, according to the Social Security Administration. 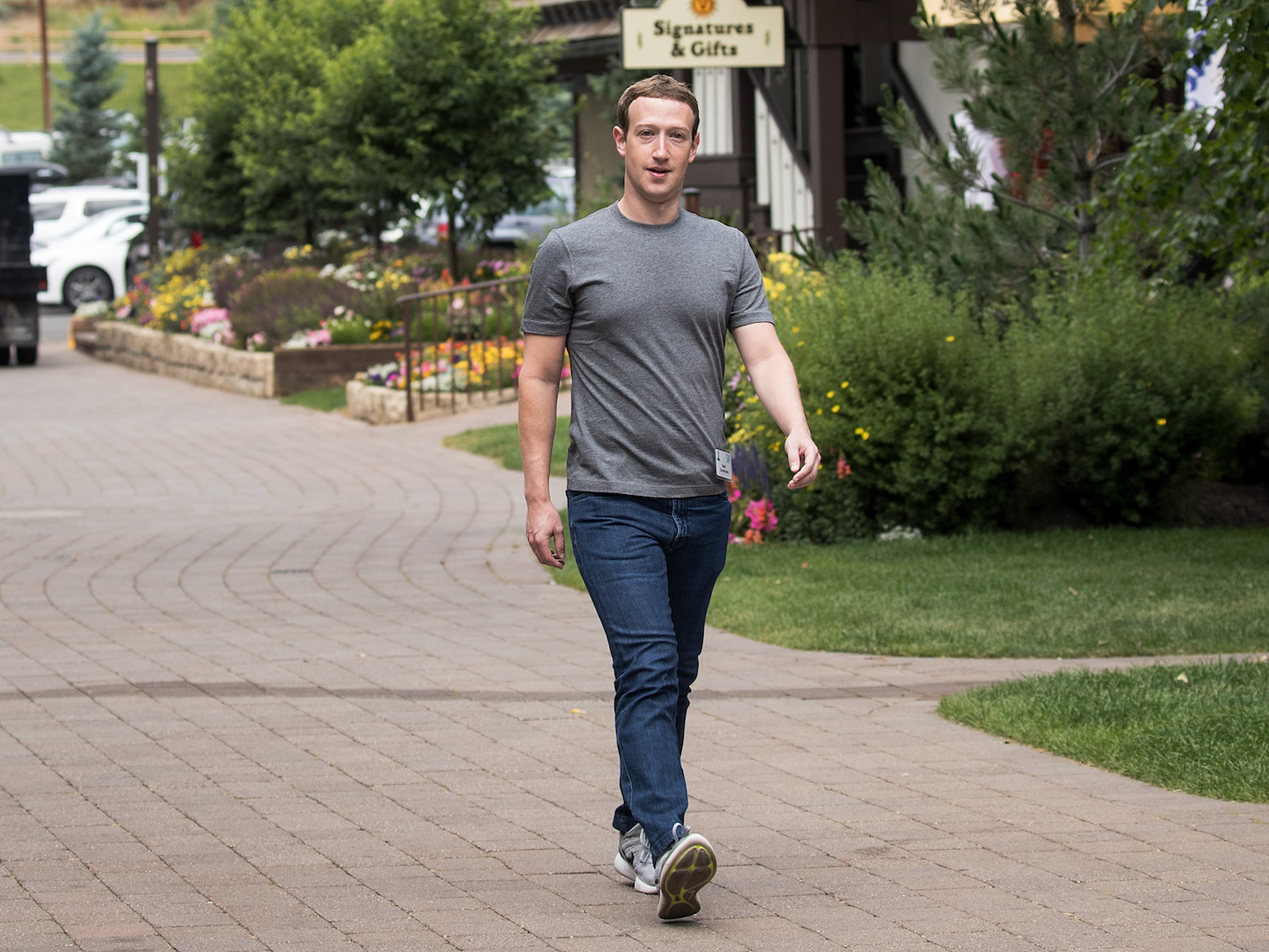 The average American woman with a bachelor’s degree will earn $US1.3 million in her lifetime, according to the SSA.

Zuckerberg dropped out of college during his sophomore year.

6. In less than two minutes, Zuckerberg makes what it takes the full-time median US worker a year to earn — $US48,328. 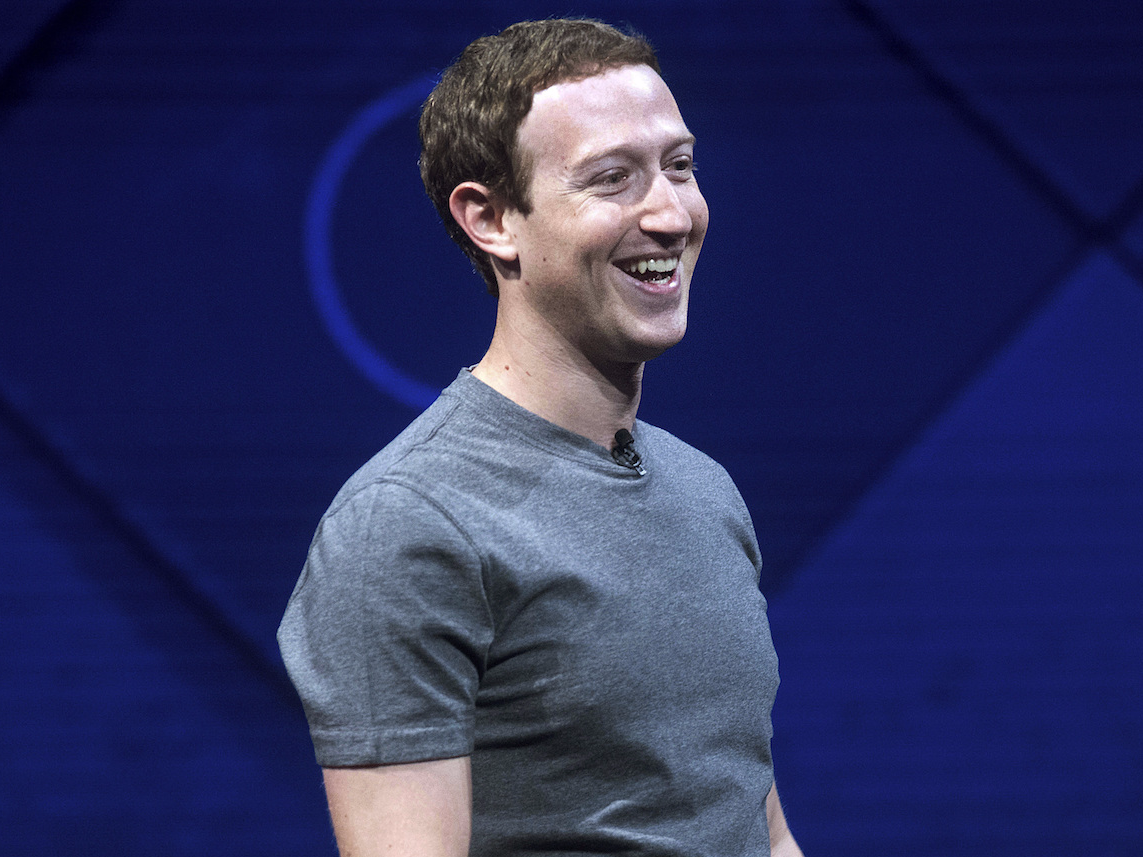 That’s based on data by the Bureau of Labour Statistics. Zuckerberg earned $US28,538 per minute last year, according to Business Insider’s calculations.

7. The average American household spending $US1 is similar to Zuckerberg spending about $US845,000. 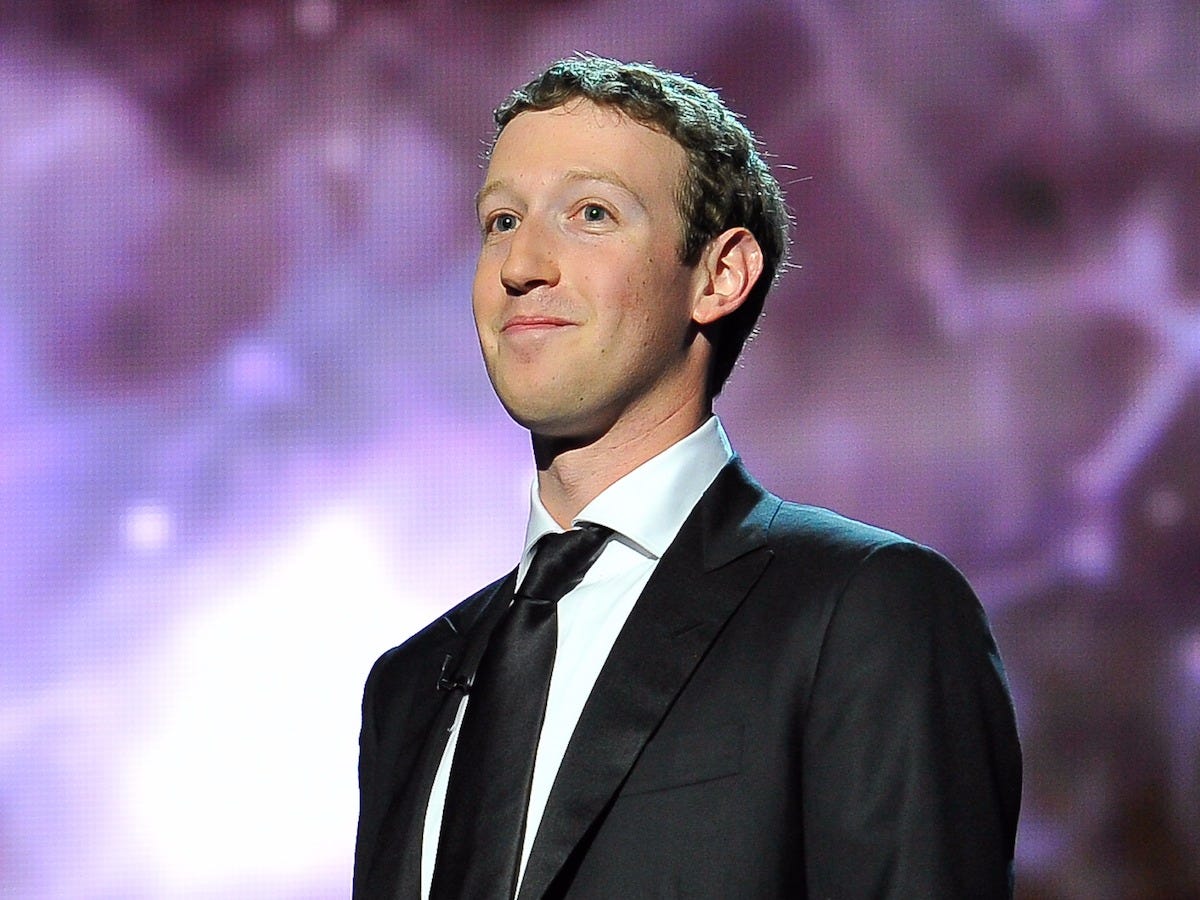 8. Zuckerberg’s net worth is greater than the GDP of Jordan, Nicaragua, and Jamaica — combined. 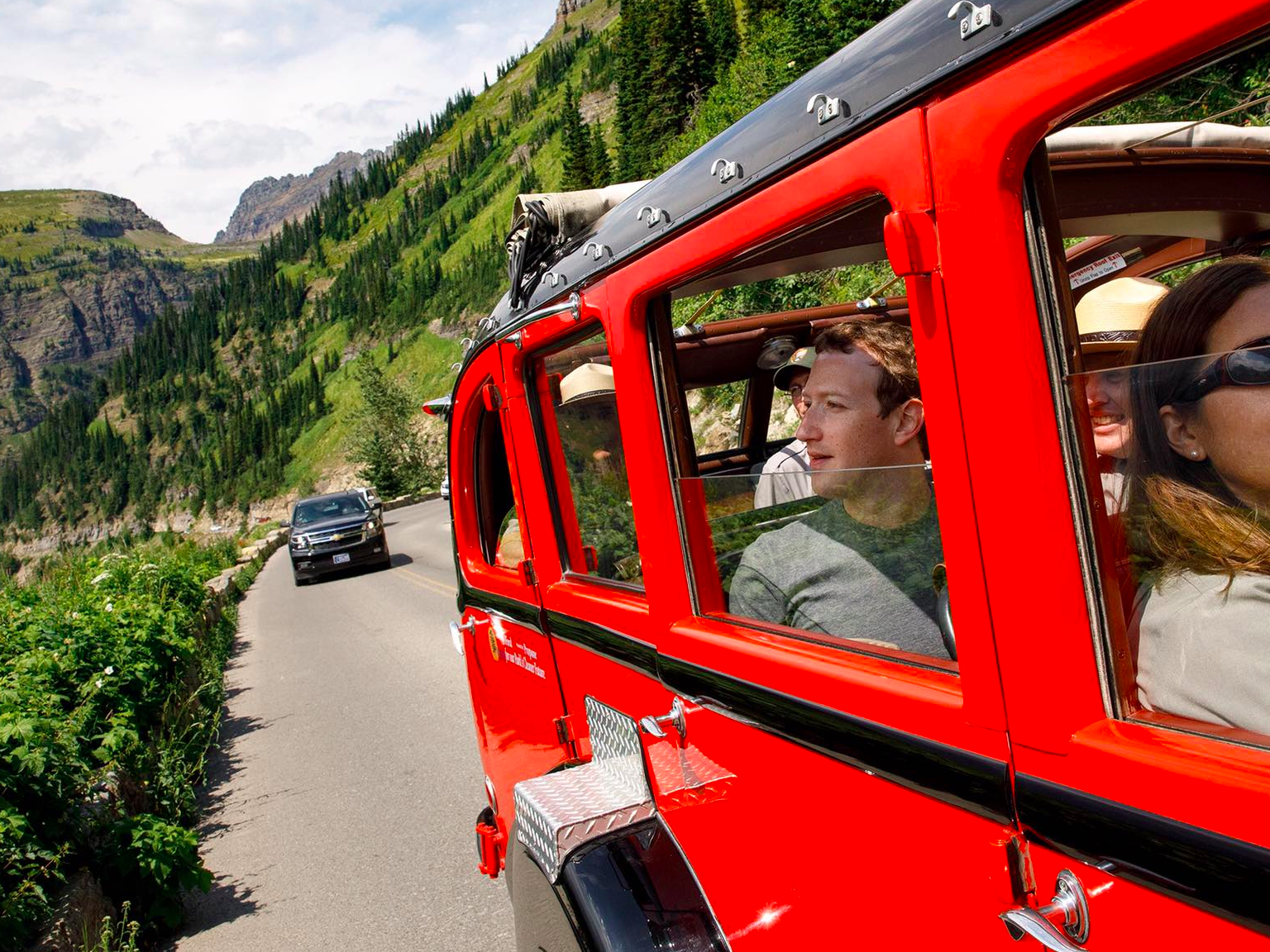 9. Zuckerberg could give every single living person in the US $US100 — and still have more than half of his $US82.3 billion net worth left over. 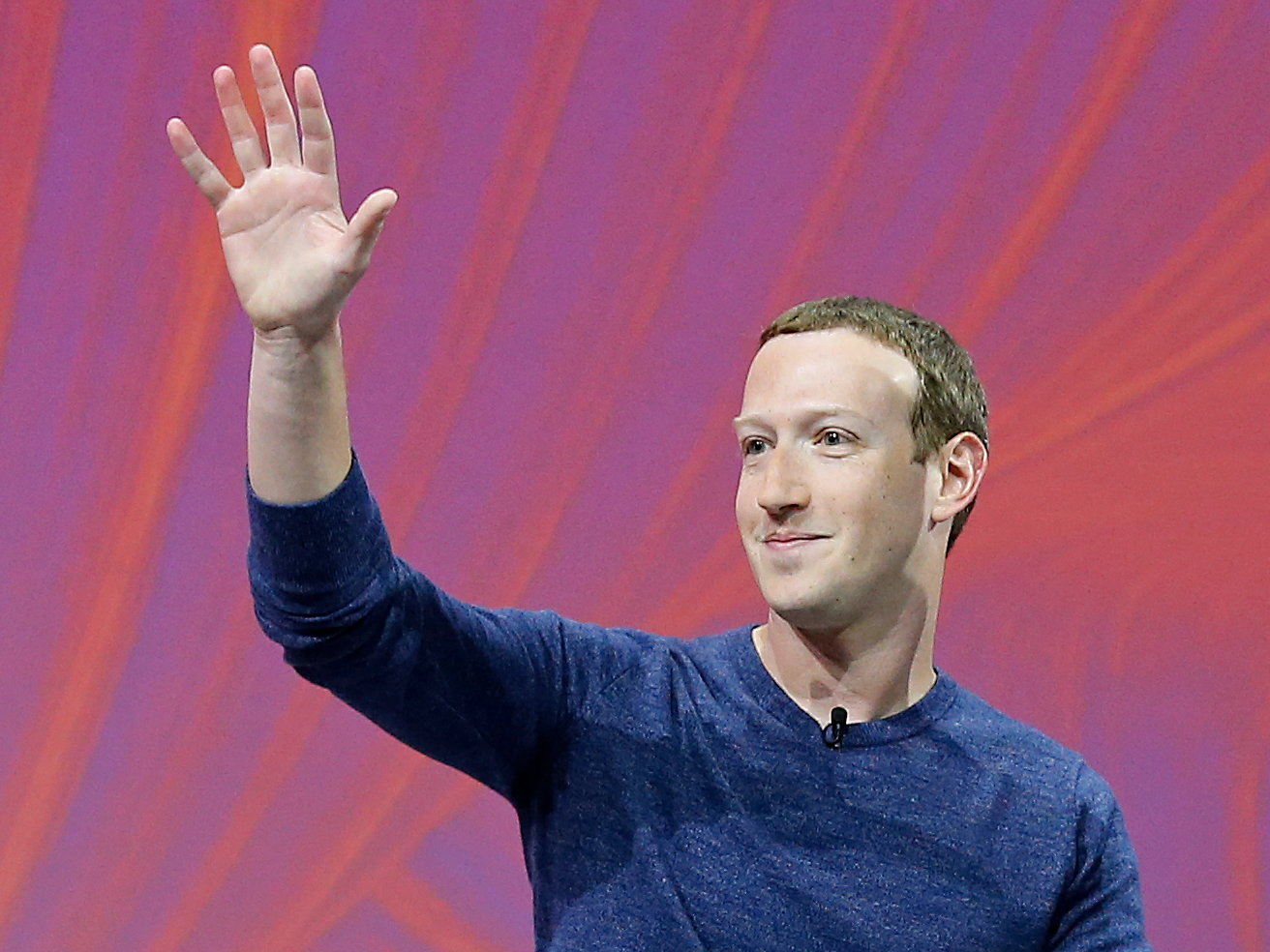 The US population is currently 329,870,158, according to the US Census. Giving every American $US100 would cost Zuckerberg roughly $US32.9 billion.