The rise and fall of Quibi, from raising $1.75 billion before launch to shutting down just 6 months later 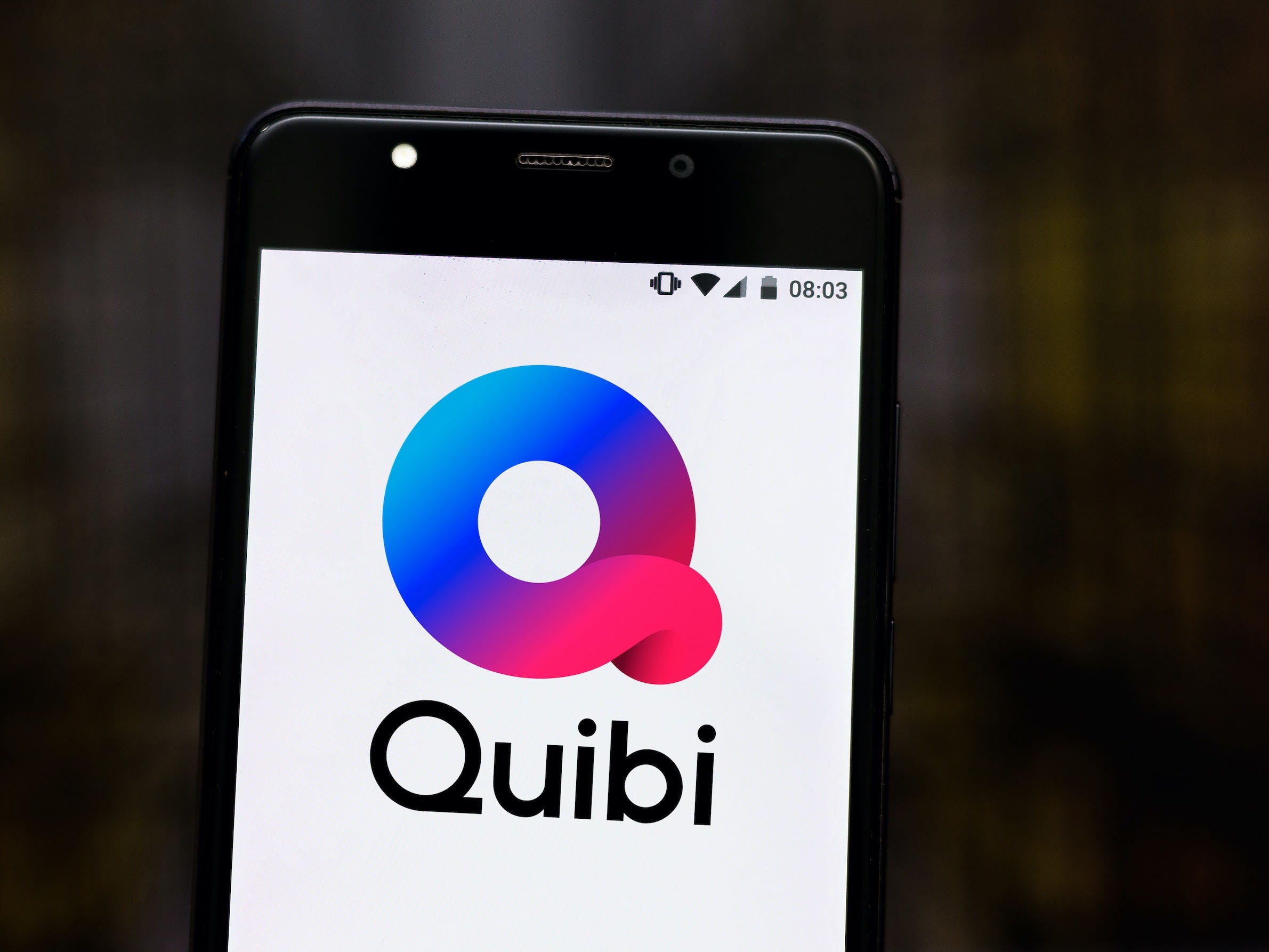 Quibi is officially dead after launching during the COVID-19 pandemic and surviving just six months. On Wednesday, the company announced it was shutting down and informed employees that they would be laid off.

Quibi started out as an idea for short videos on mobile devices from former eBay CEO Meg Whitman and DreamWorks cofounder Jeffrey Katzenberg. Long before launching, the streaming company had big Hollywood names attached and raised $US1.75 billion. It debuted in April during the pandemic, which Katzenberg blamed in part for the failure.

The platform had major investors, famous Silicon Valley and Hollywood names, and star power. Here’s how it went from buzzy to defunct. 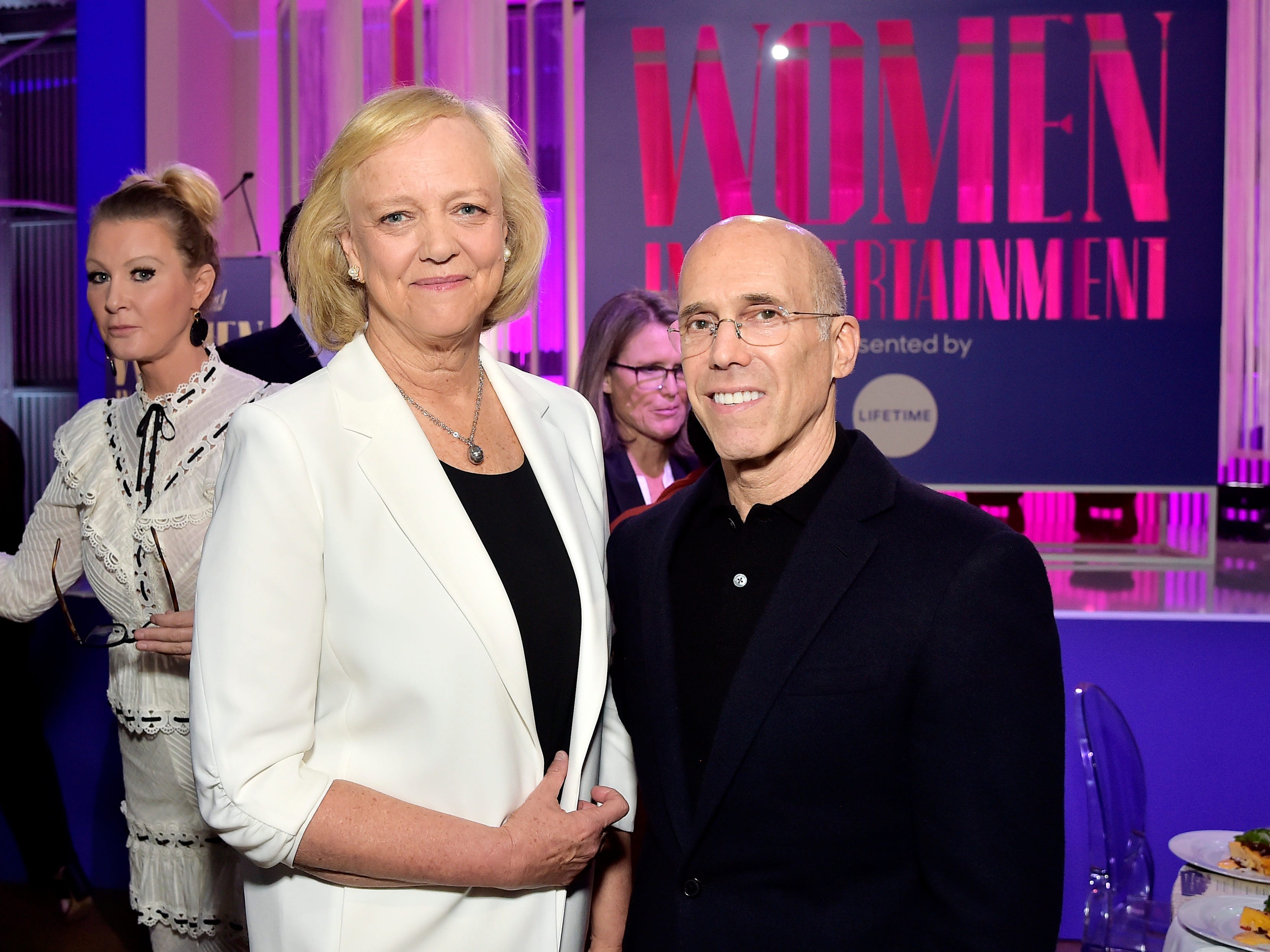 That month, NewTV revealed it had secured $US1 billion in funding from big names including Walt Disney, Warner Media, and Alibaba Group. At this point, no content had been announced. 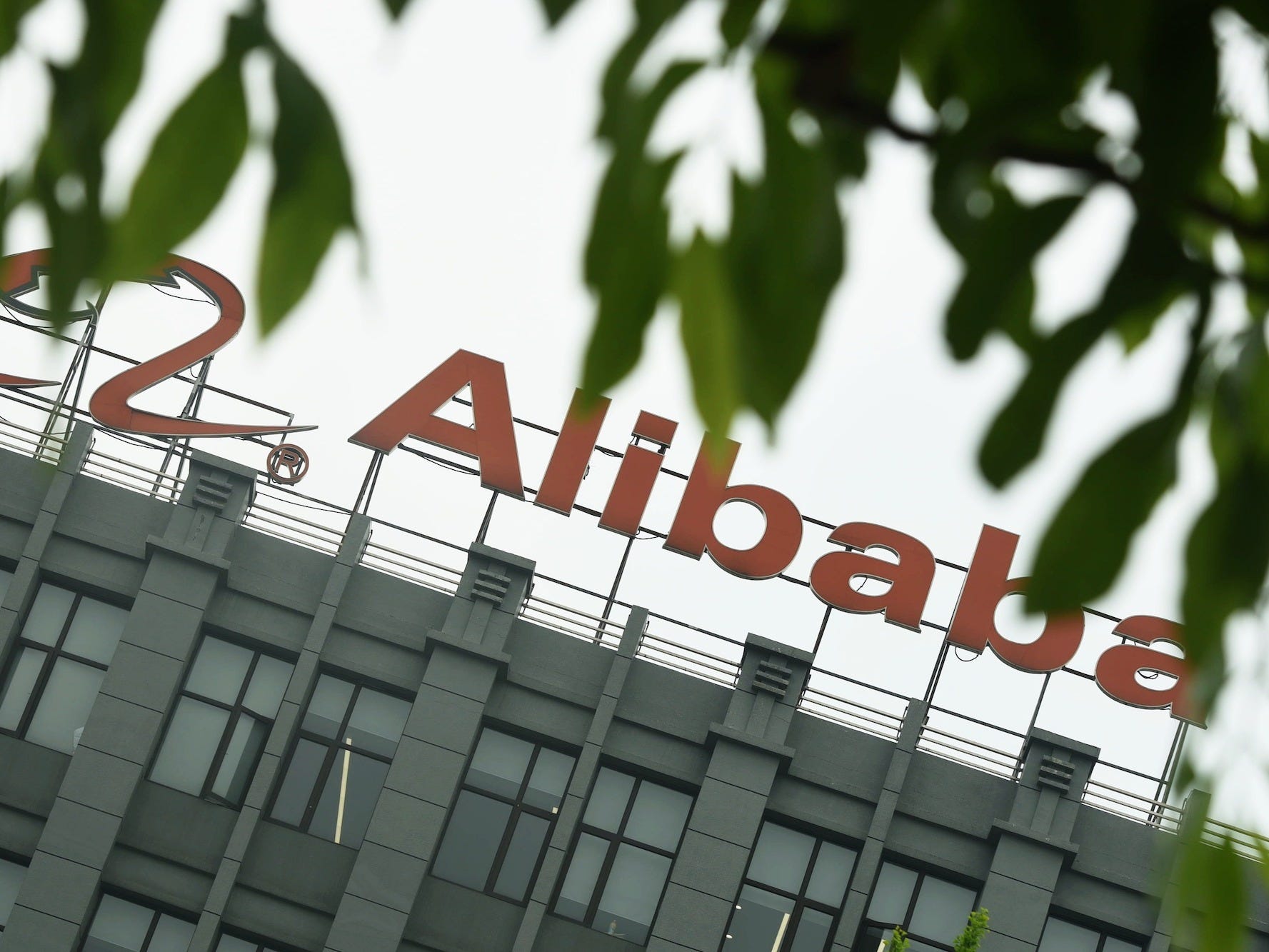 In October 2018, Katzenberg and Whitman announced the service would be called Quibi, short for “quick bites.” “Jeffrey can’t stop saying the name Quibi,” Whitman said. “I think that will be a fun name for us.” 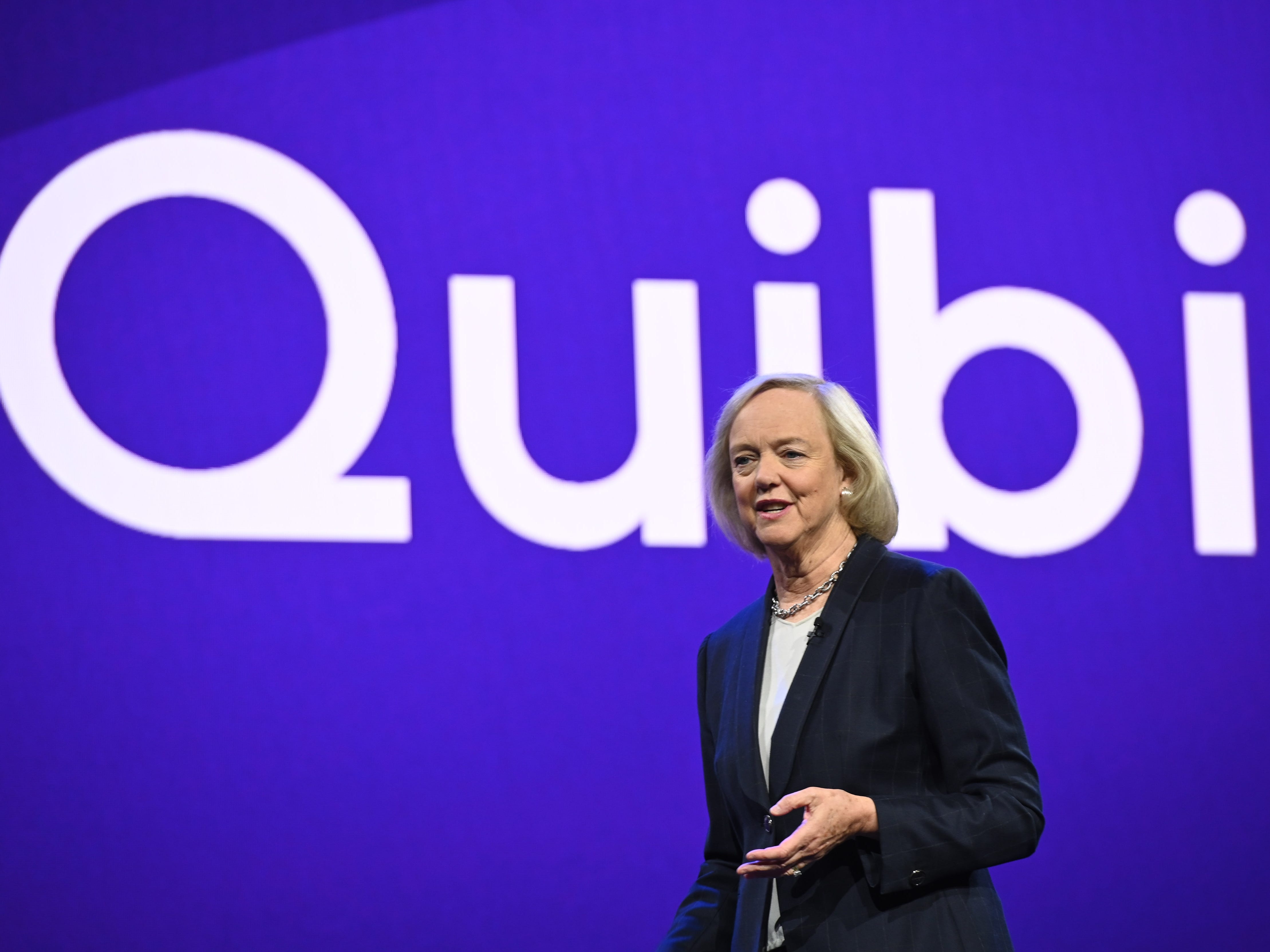 Robyn Beck/Getty ImagesWhitman on January 8 at the 2020 Consumer Electronics Show in Las Vegas.

Quibi signed a 10-year lease for an undisclosed amount for 49,000 square feet of office space in Hollywood. By December 2018, Katzenberg was already predicting a launch as soon as 2019, with a two-tier price system. 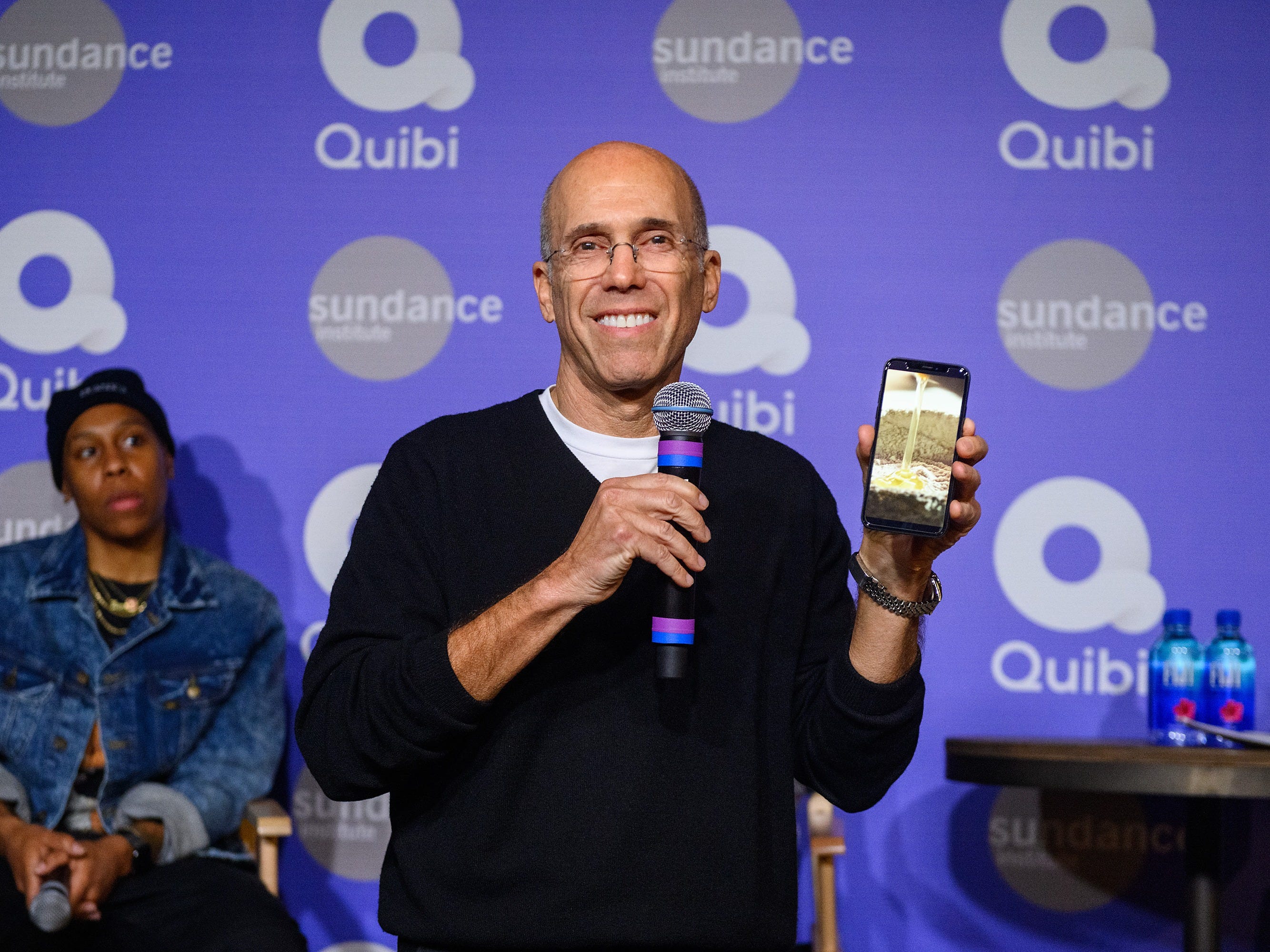 At that point, the company had 48 employees. 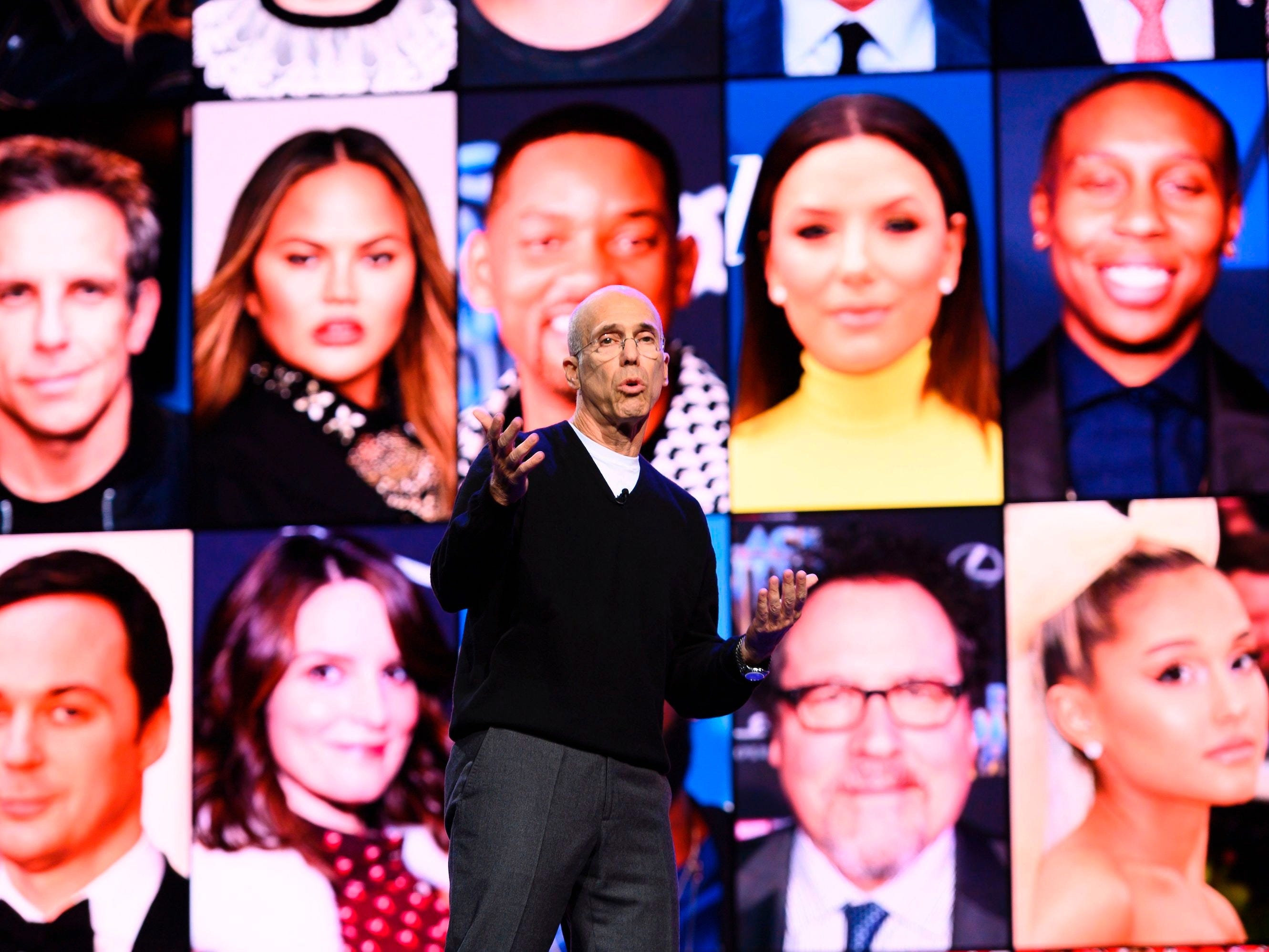 “We have one chance to launch, and we need it to be absolutely perfect,” Whitman said at a Variety summit. In July 2019, BBC Studios announced it had invested in Quibi.

By then, a Steven Spielberg horror short, an action series with Liam Hemsworth, and a reboot of “Punk’d” had all been announced. 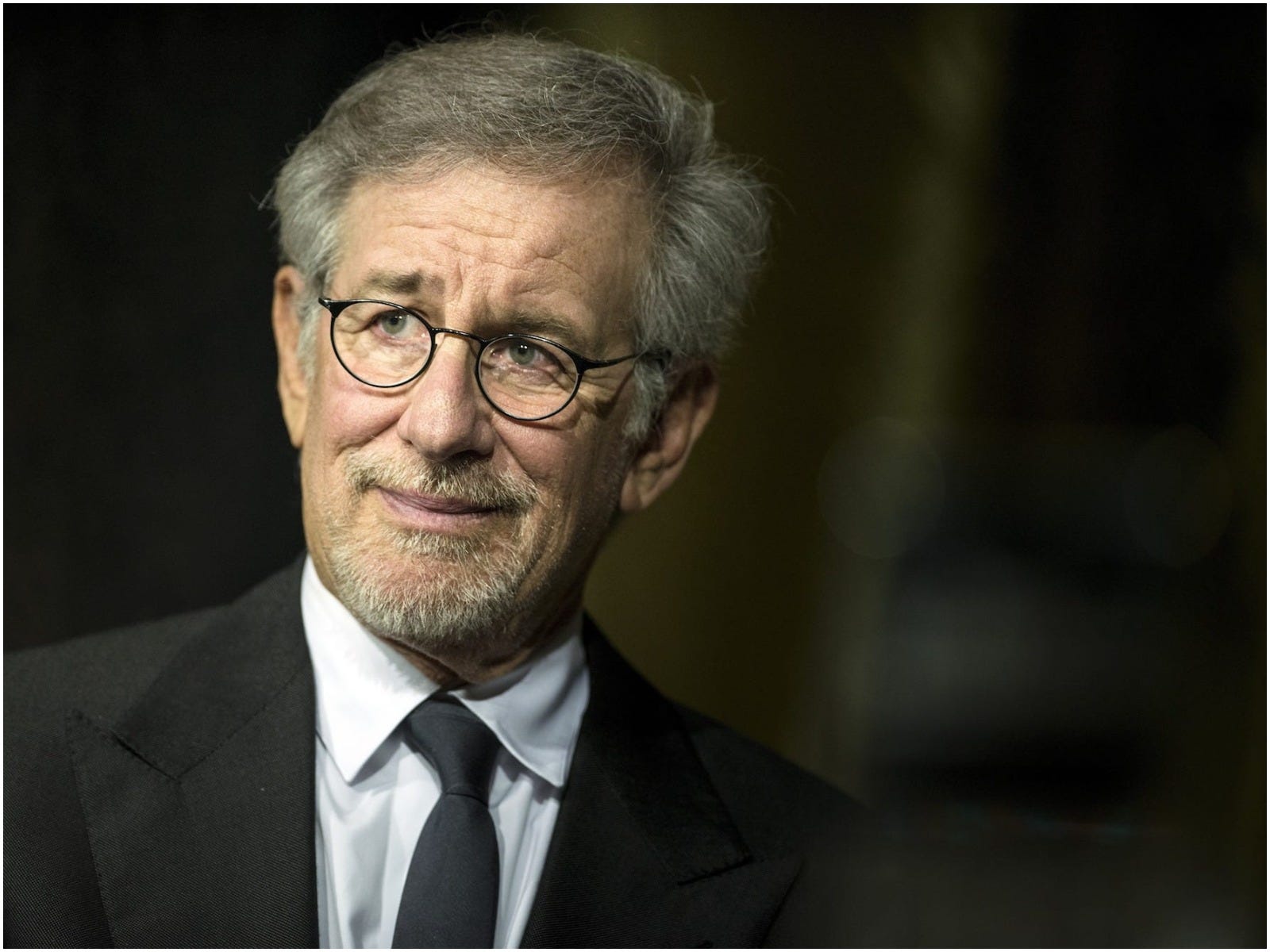 In August 2019, a source told Business Insider that Quibi was on a “hiring rampage,” poaching talent from Snap and Netflix. 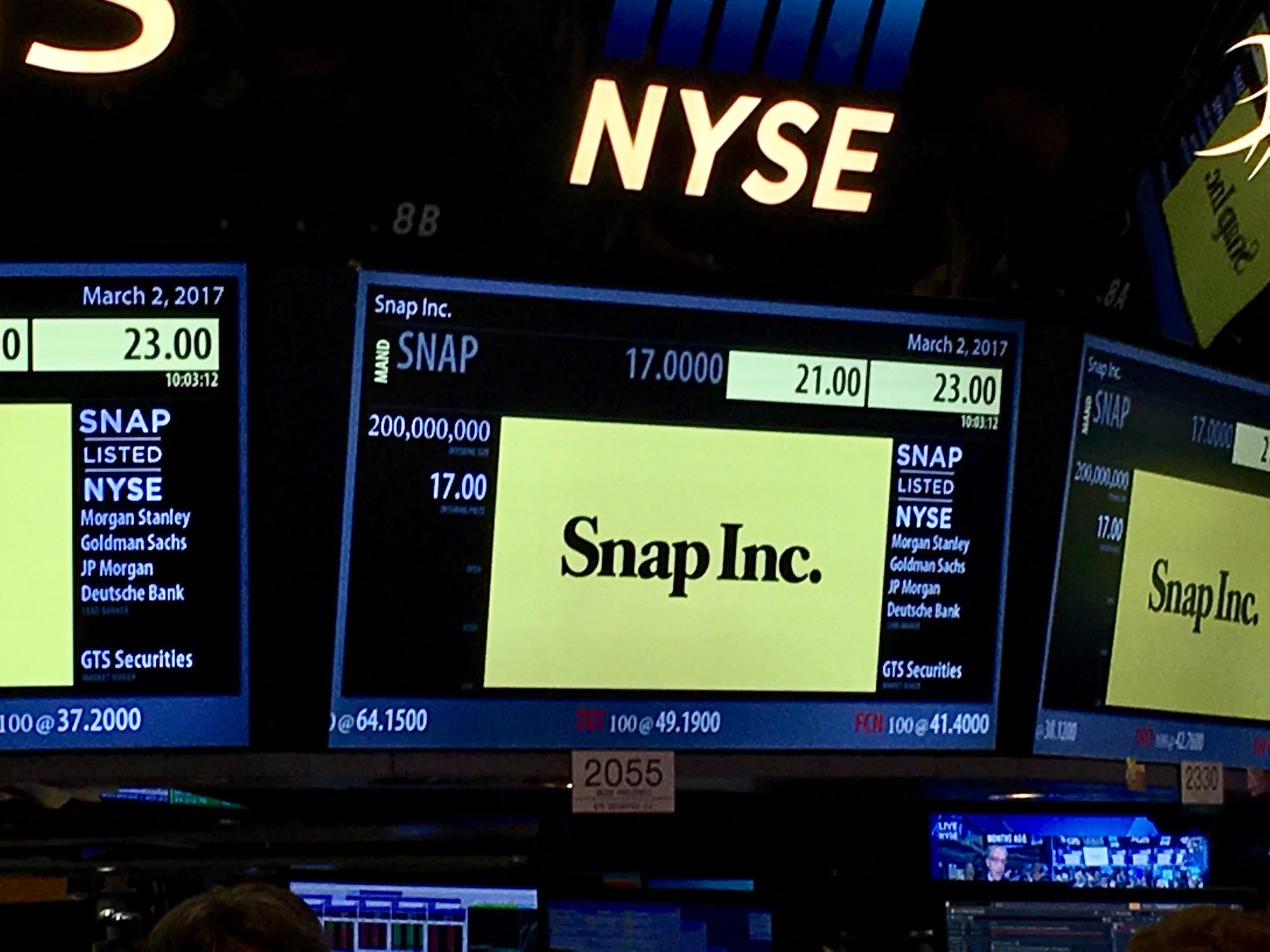 In October 2019, Quibi announced it had sold out $US150 million in ads for its first year. Advertisers included Discover, Walmart, Taco Bell, and PepsiCo. 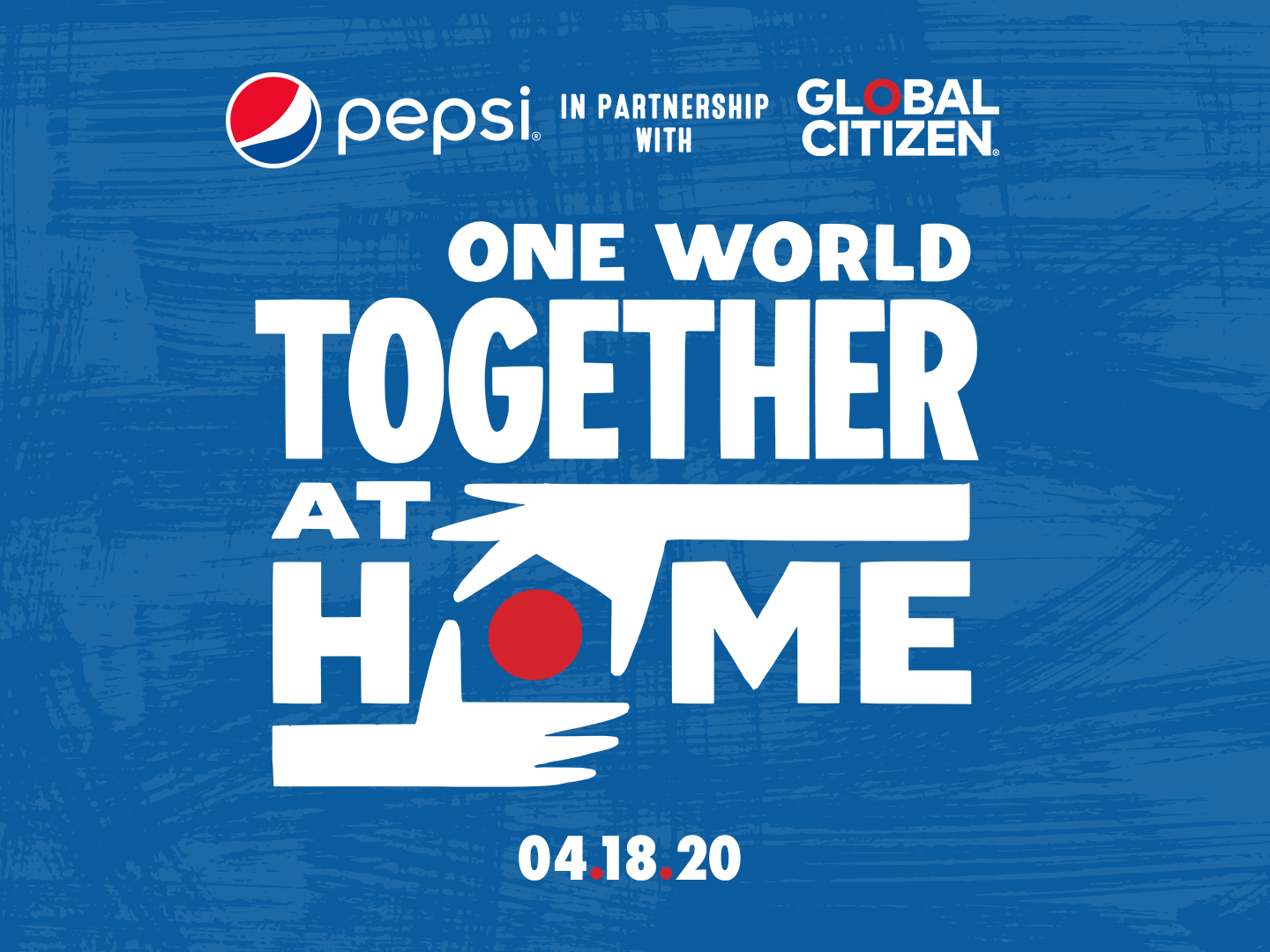 Prospective customers got their first look at Quibi in February, when it became available for preorder in the App Store. 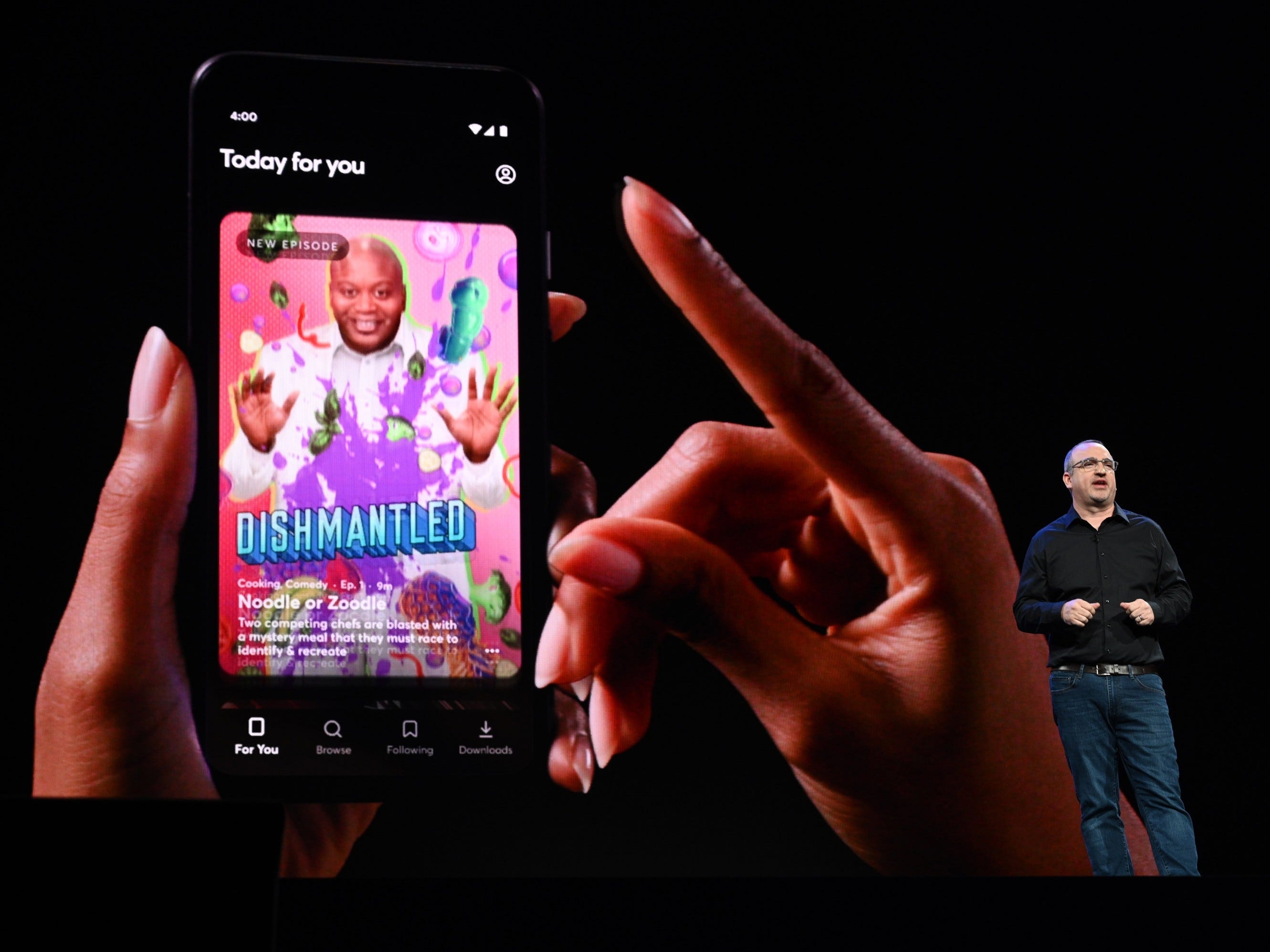 Quibi launched on April 6 for $US5 per month with ads or $US8 without. It also offered a 90-day free trial. 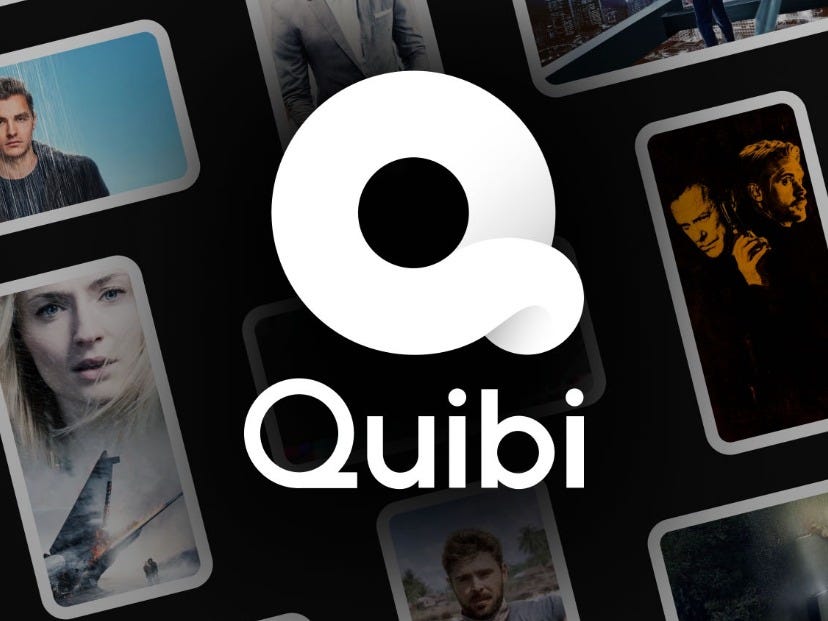 Quibi had 300,000 downloads on its first day, compared with 4 million on Disney Plus’ launch a few months earlier. It rose to the No. 3 spot in the App Store. 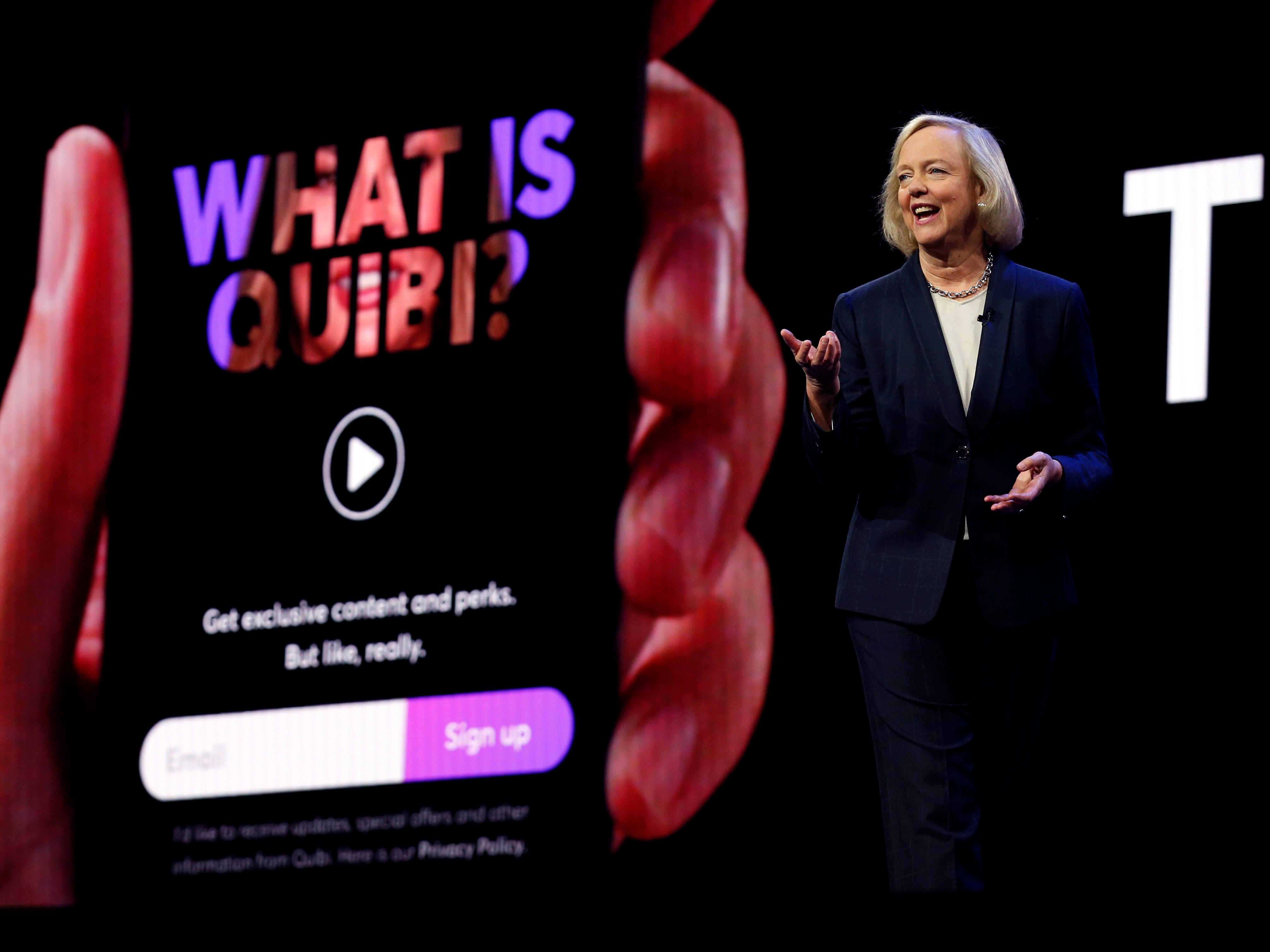 ReutersWhitman at CES 2020 in Las Vegas.

Less than a week after launch, Whitman said Quibi would eventually be available on TVs. She said that was “always” the plan but would be expedited because of the coronavirus. 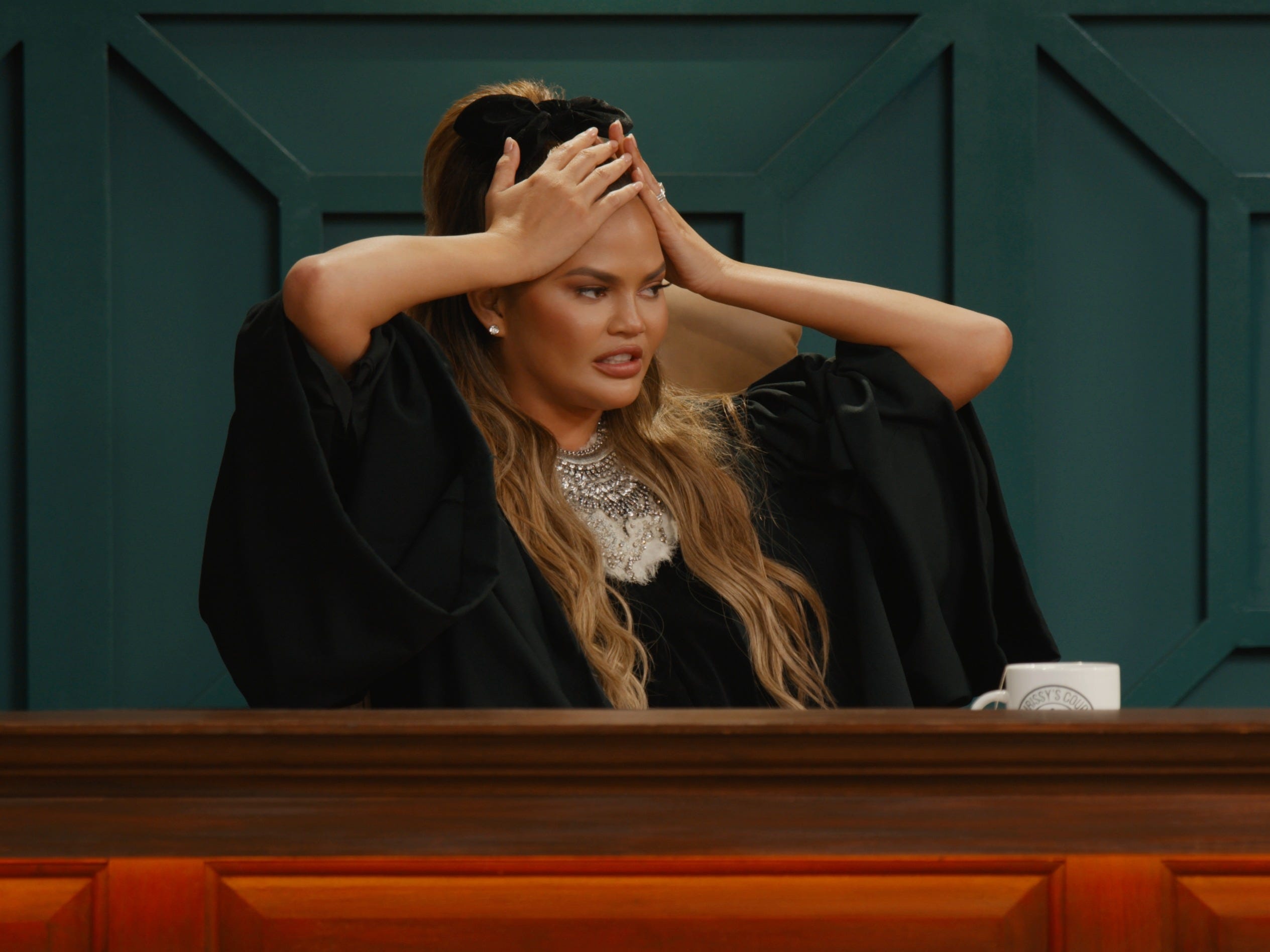 QuibiStill from ‘Chrissy’s Court’ on Quibi.

By April 16, Quibi had dropped out of the top 70 in the App Store, below Netflix, Hulu, and an ASMR slicing app. It remained in the No. 11 spot on the Google Play store. In May, with 3.5 million downloads, Katzenberg told The New York Times that the coronavirus was responsible for “everything that has gone wrong” with the app. 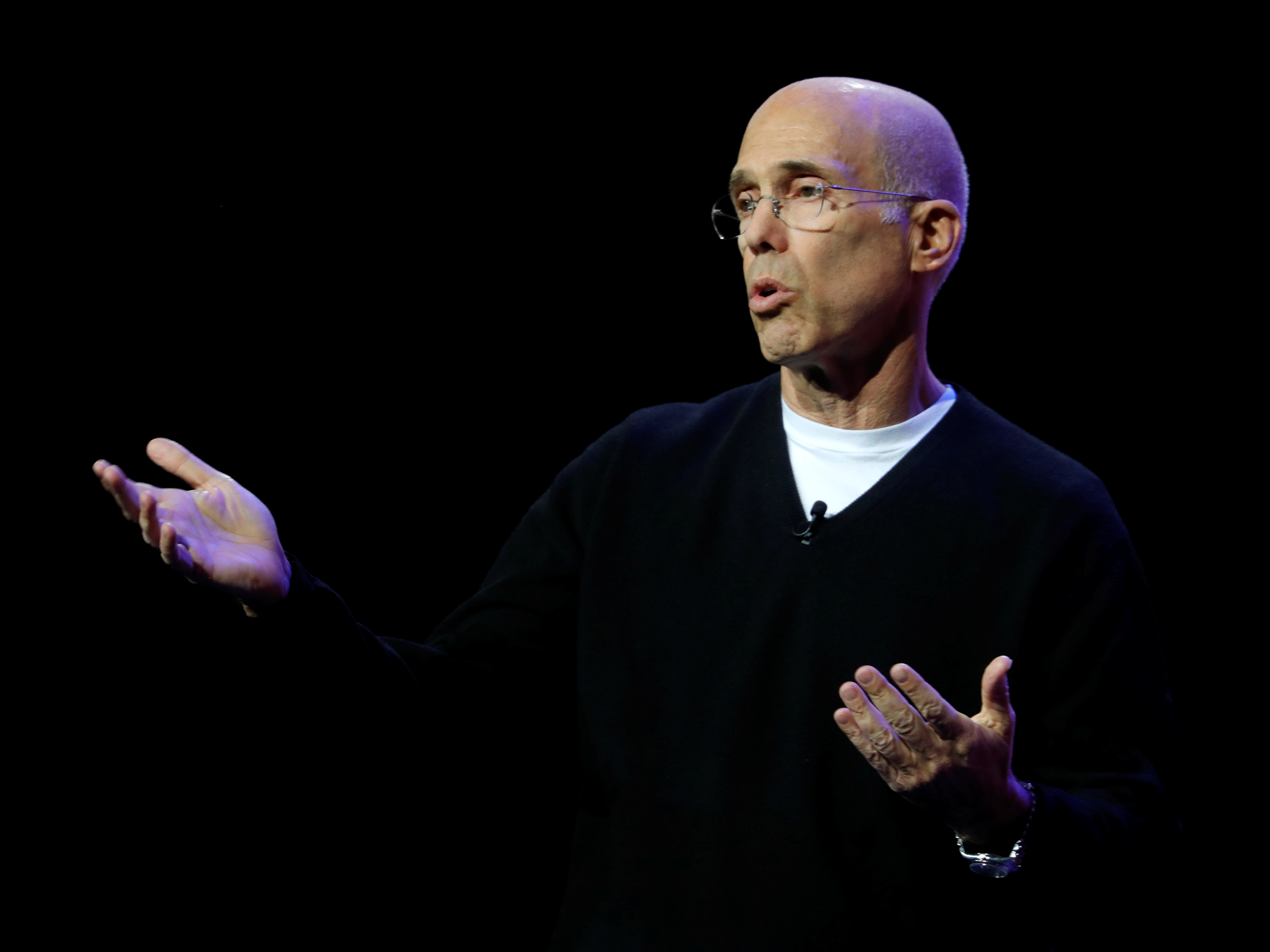 Its performance was at odds with that of other streaming services. Netflix and Disney Plus saw booms during the pandemic. 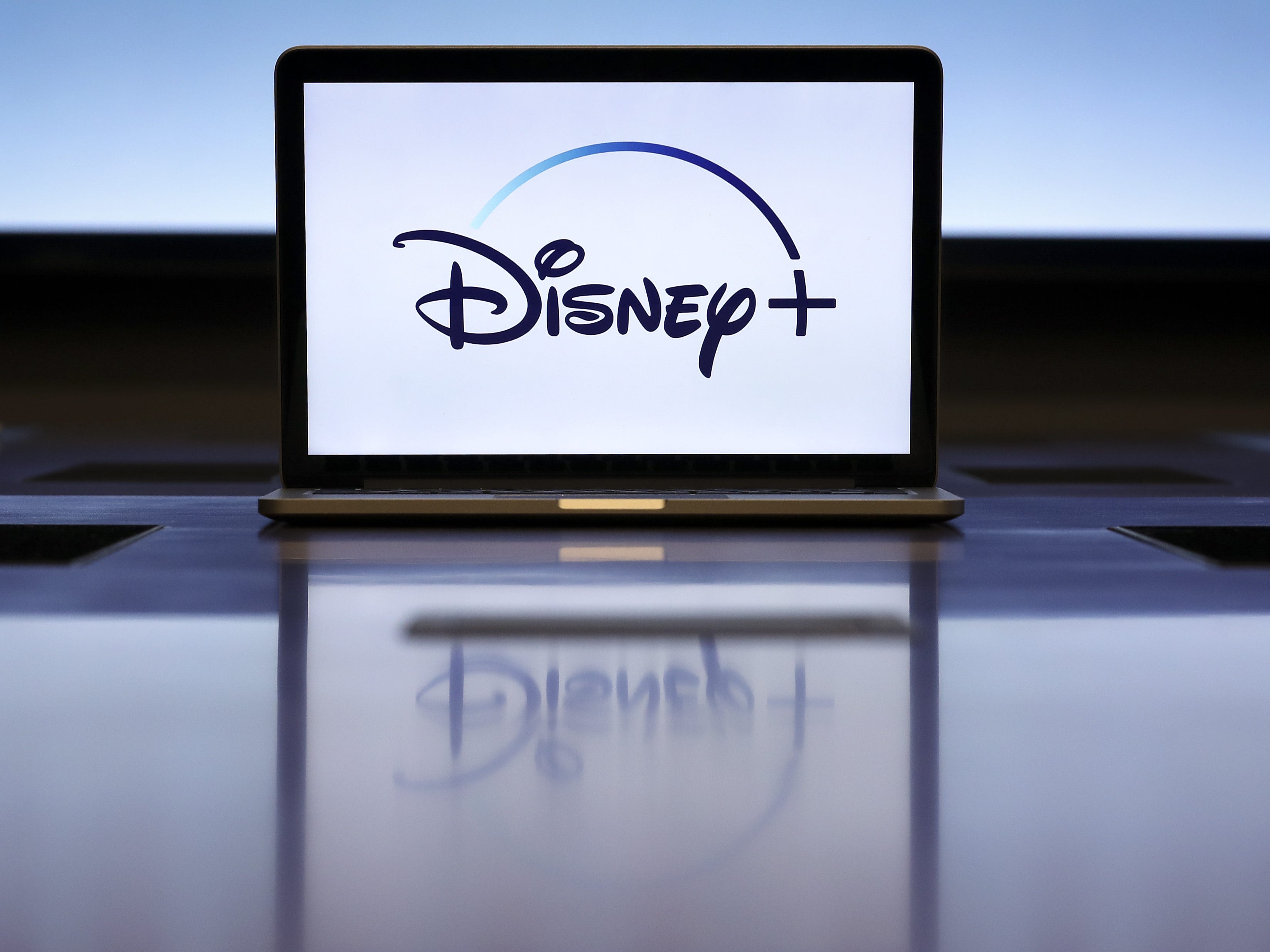 By June, Quibi was asking executives to take voluntary pay cuts and considering laying off 10% of its 250 employees. 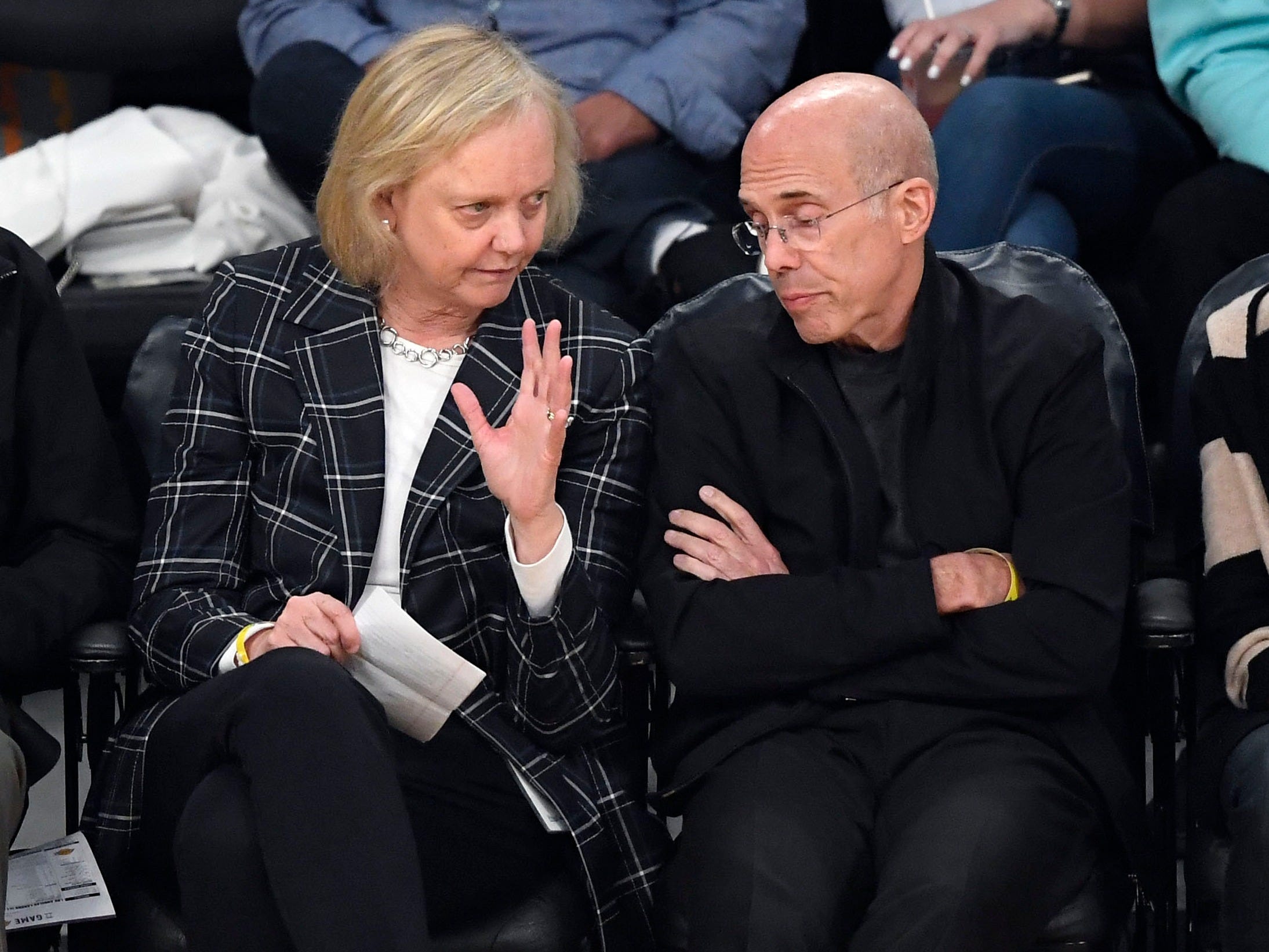 As the first 90-day free trials expired in the summer, The Verge reported that only about 8% converted into paid subscriptions. 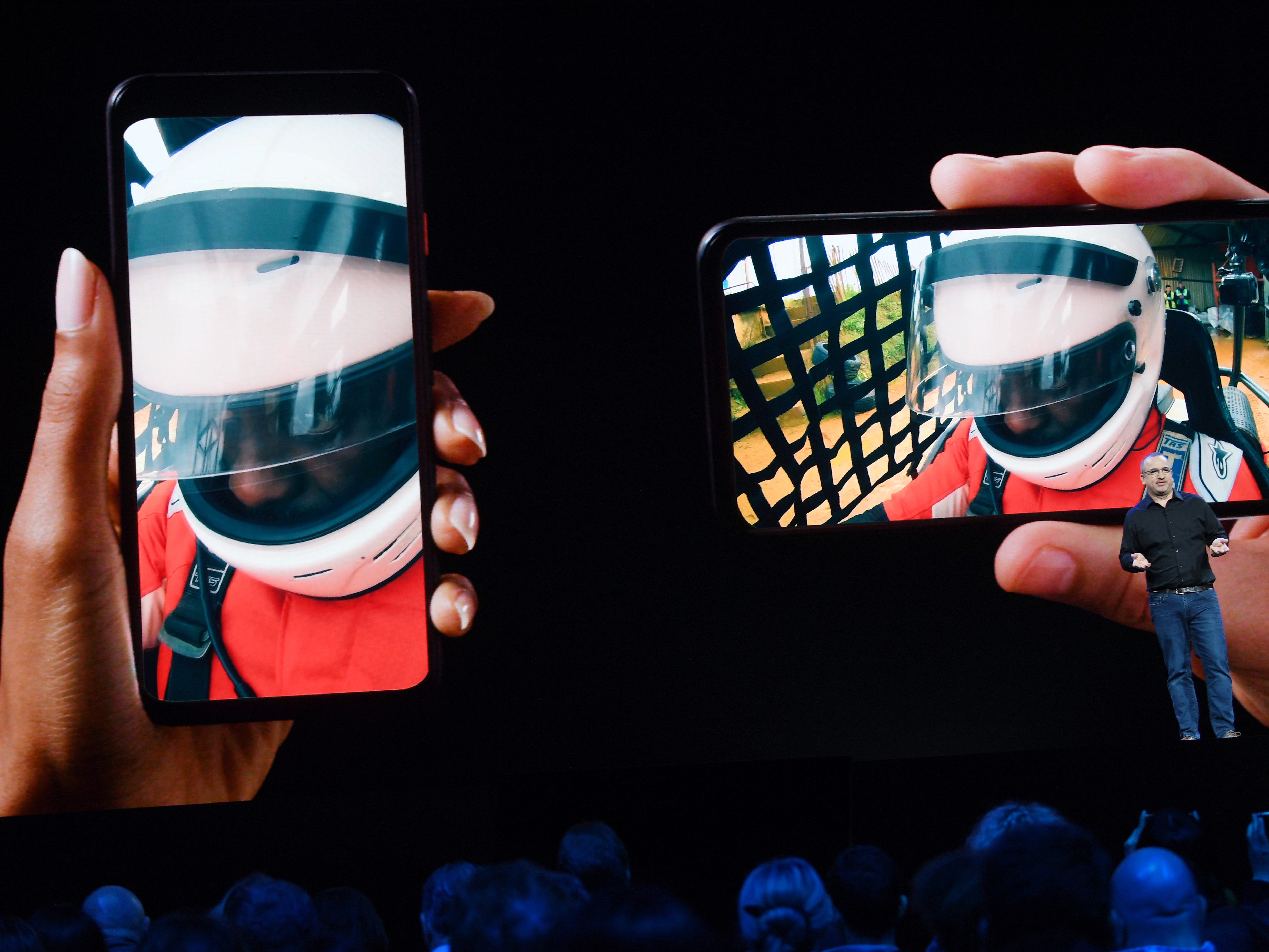 In July, Quibi started paying bloggers to write about its shows. 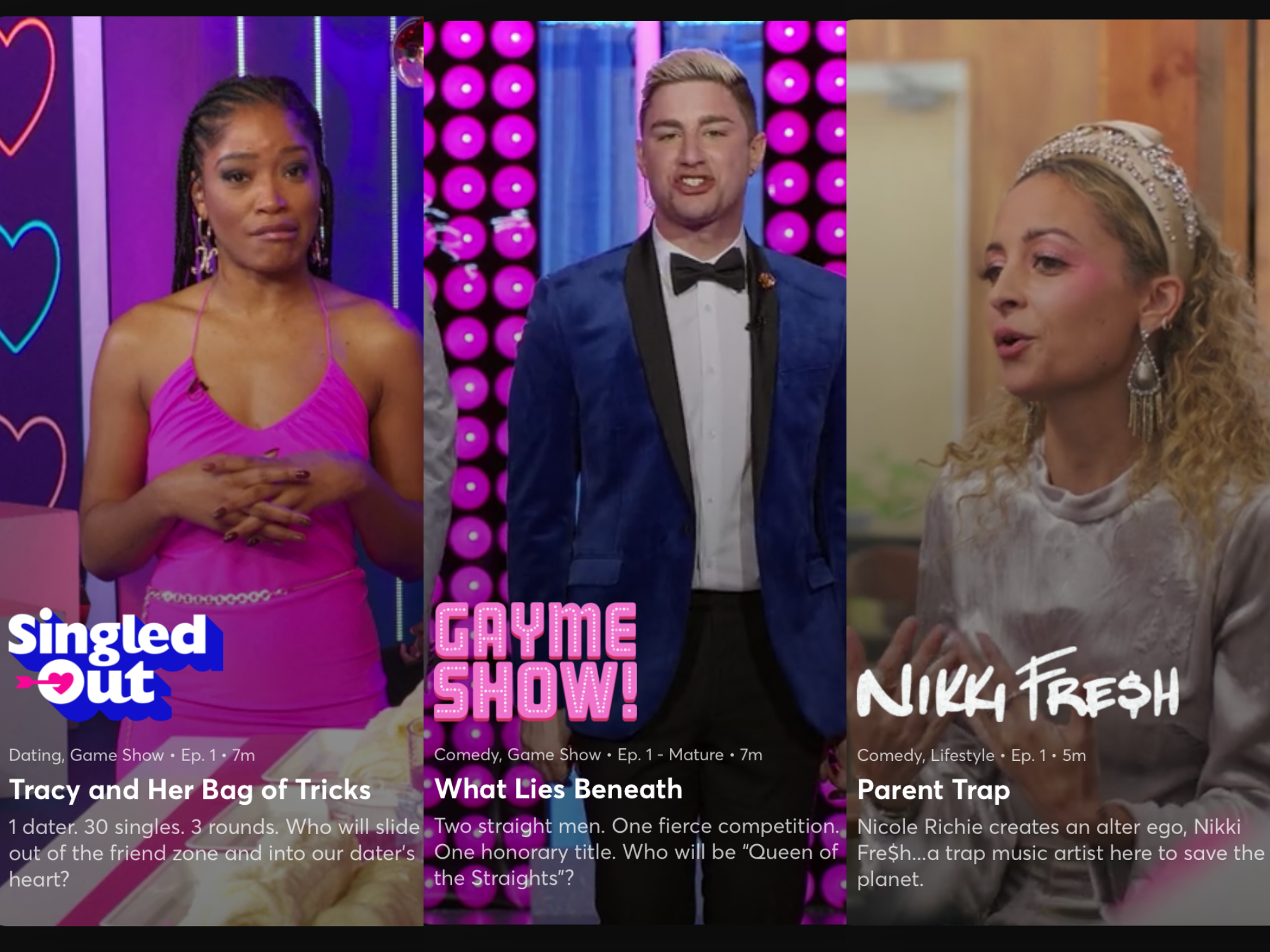 Recode reported in September that Quibi was unsuccessfully searching for a buyer and exploring other options to raise money. 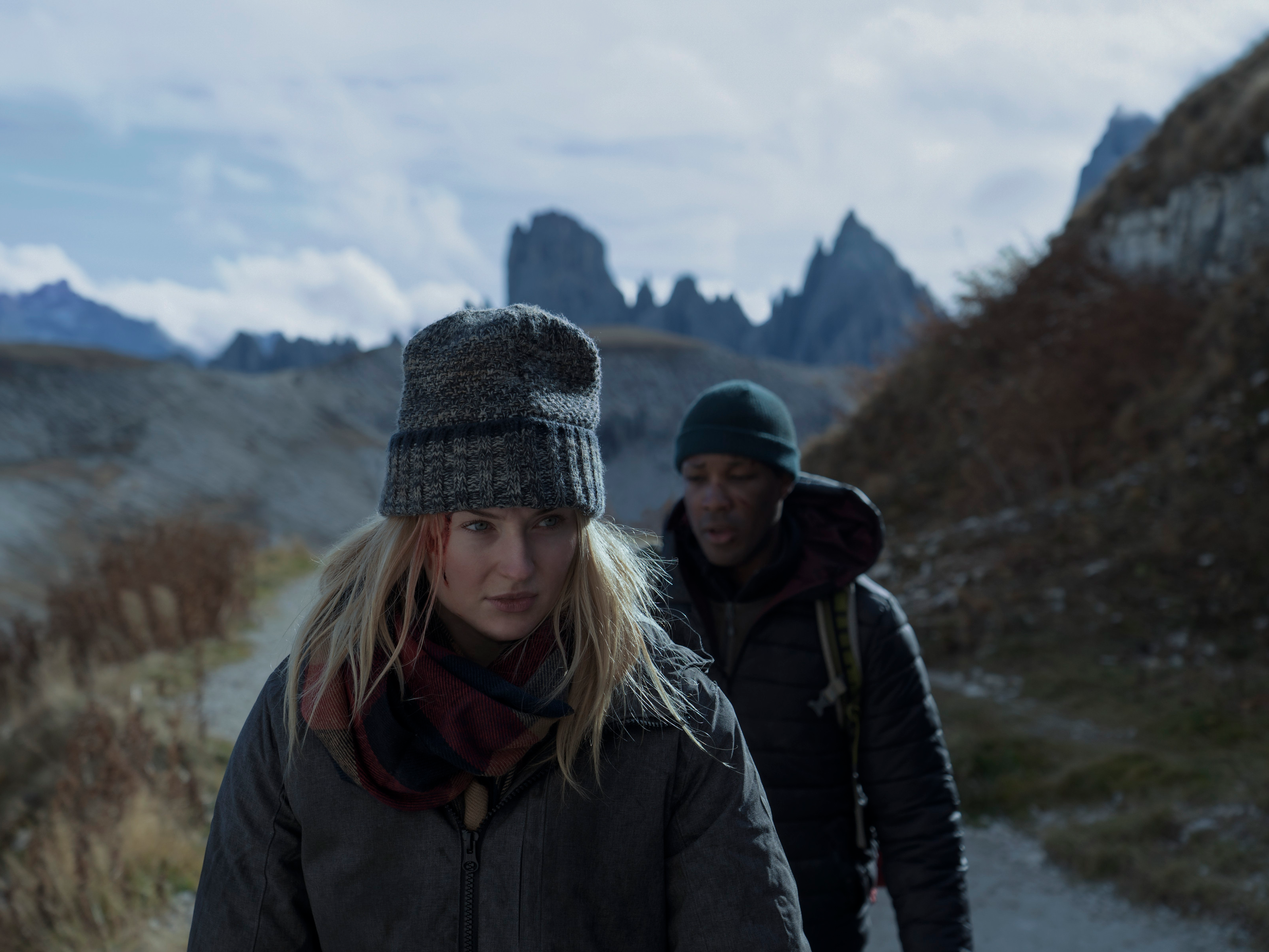 In October, The Wall Street Journal first reported that Quibi was shutting down after just six months. 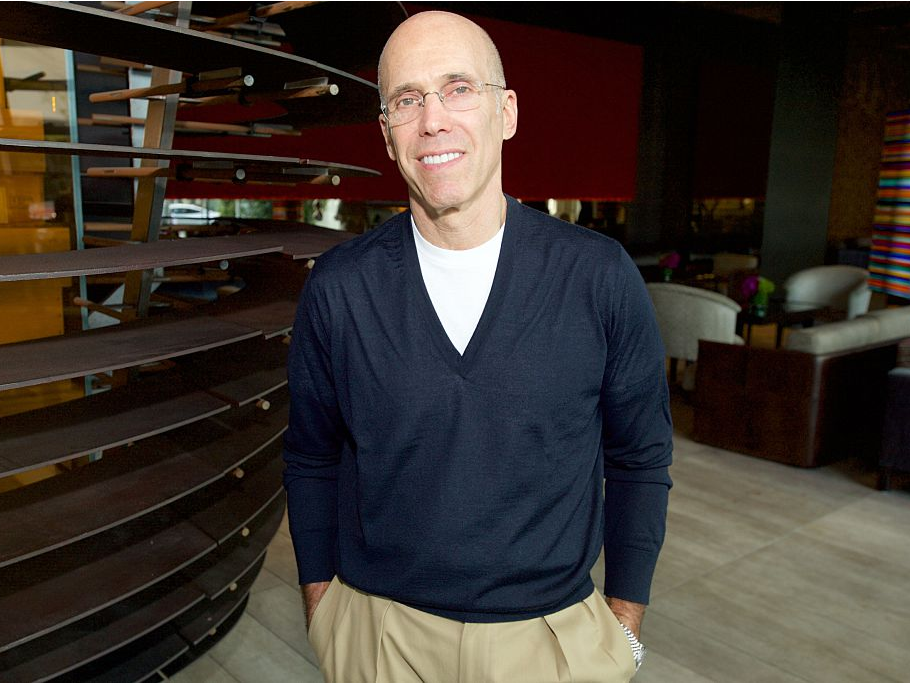 Katzenberg and Whitman wrote a letter to investors and employees saying that the company failed because of the pandemic and because the idea wasn’t strong enough. 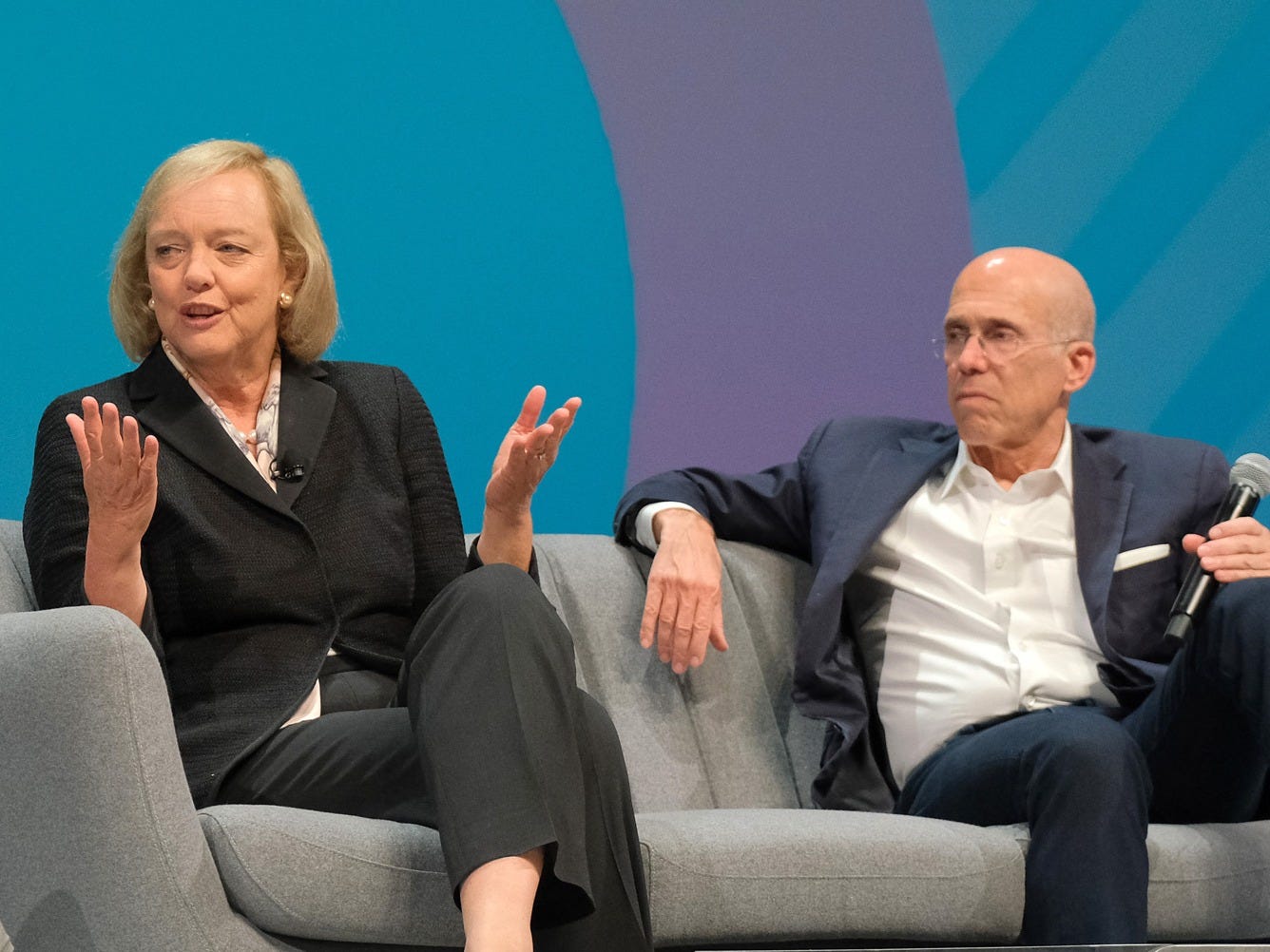 On a Wednesday call, when he notified employees they would be laid off, Katzenberg told them to listen to the song “Get Back Up Again” from the movie “Trolls” to help lift their spirits. 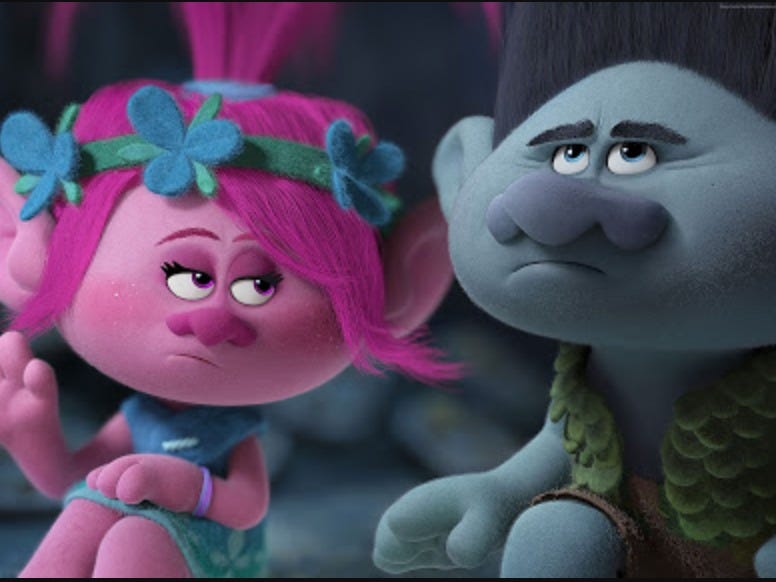