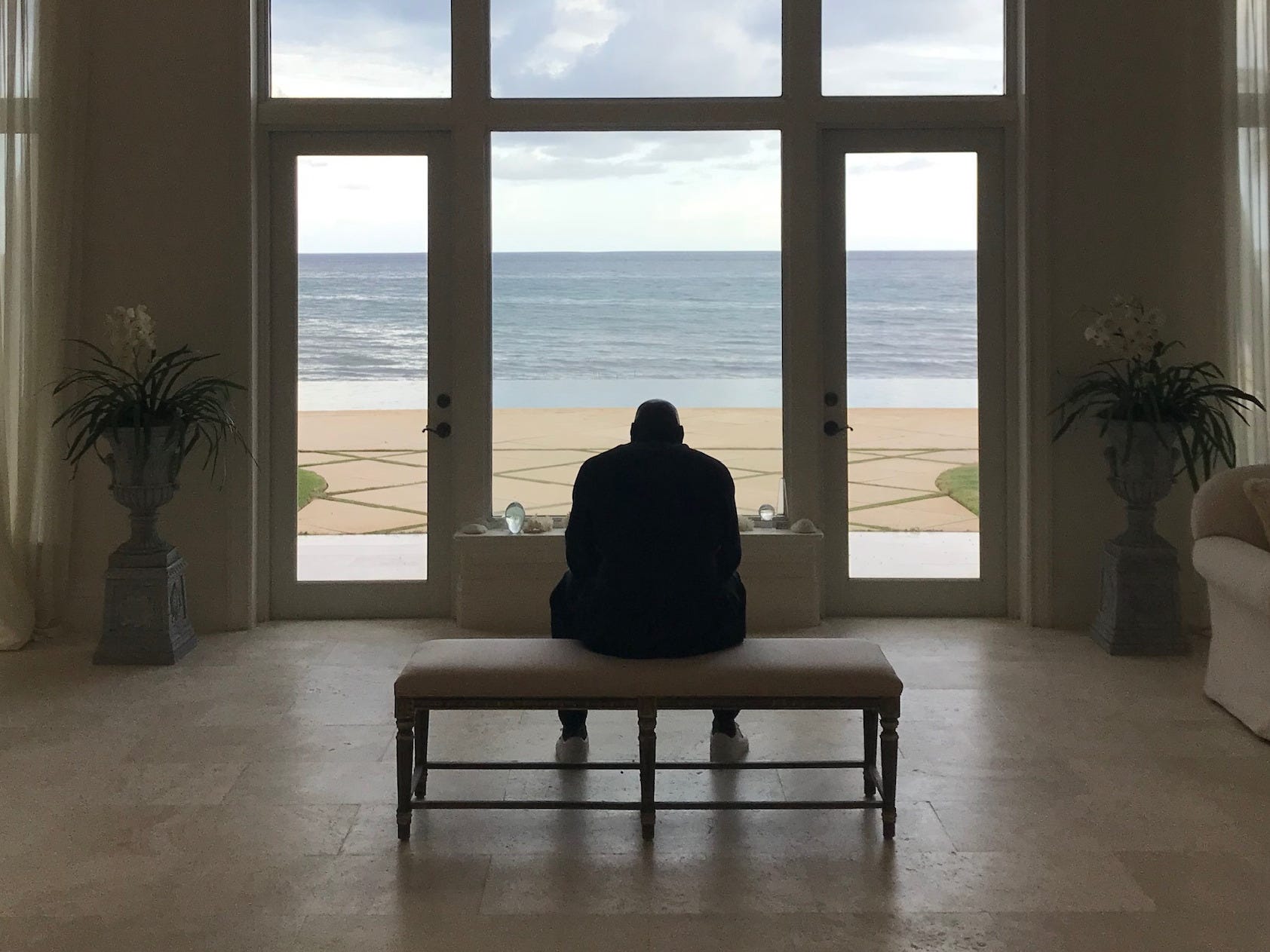 ESPNMichael Jordan in ‘The Last Dance.’

Long before the ESPN docuseries “The Last Dance” became a must-watch, producer Michael Tollin was one of the main figures behind the scenes just trying to get the project off the ground.

Without Tollin, the series – which was an in-depth look at the Chicago Bulls dynasty of the late 1990s that included Michael Jordan talking about his career like never before – may never have been made.

The veteran producer behind sports movies like “Coach Carter” and “Varsity Blues” had heard for years about the locked away footage. The NBA had filmed the Bulls’ title run in 1998, which would mark the end of the team’s dominance over the NBA (led by Jordan) that resulted in two three-peat championships (1991-1993, 1996-1998).

Through most of the early 2000s, everyone from Spike Lee to “Indiana Jones” producer Frank Marshall tried to gain the rights but Jordan, who had to agree to the footage being released, always declined.

In 2012, Tollin formed with Mandalay Entertainment head Peter Guber Mandalay Sports Media, a production company focused on sports entertainment. One of the projects Tollin set his sights on was the Bulls 1998 footage. 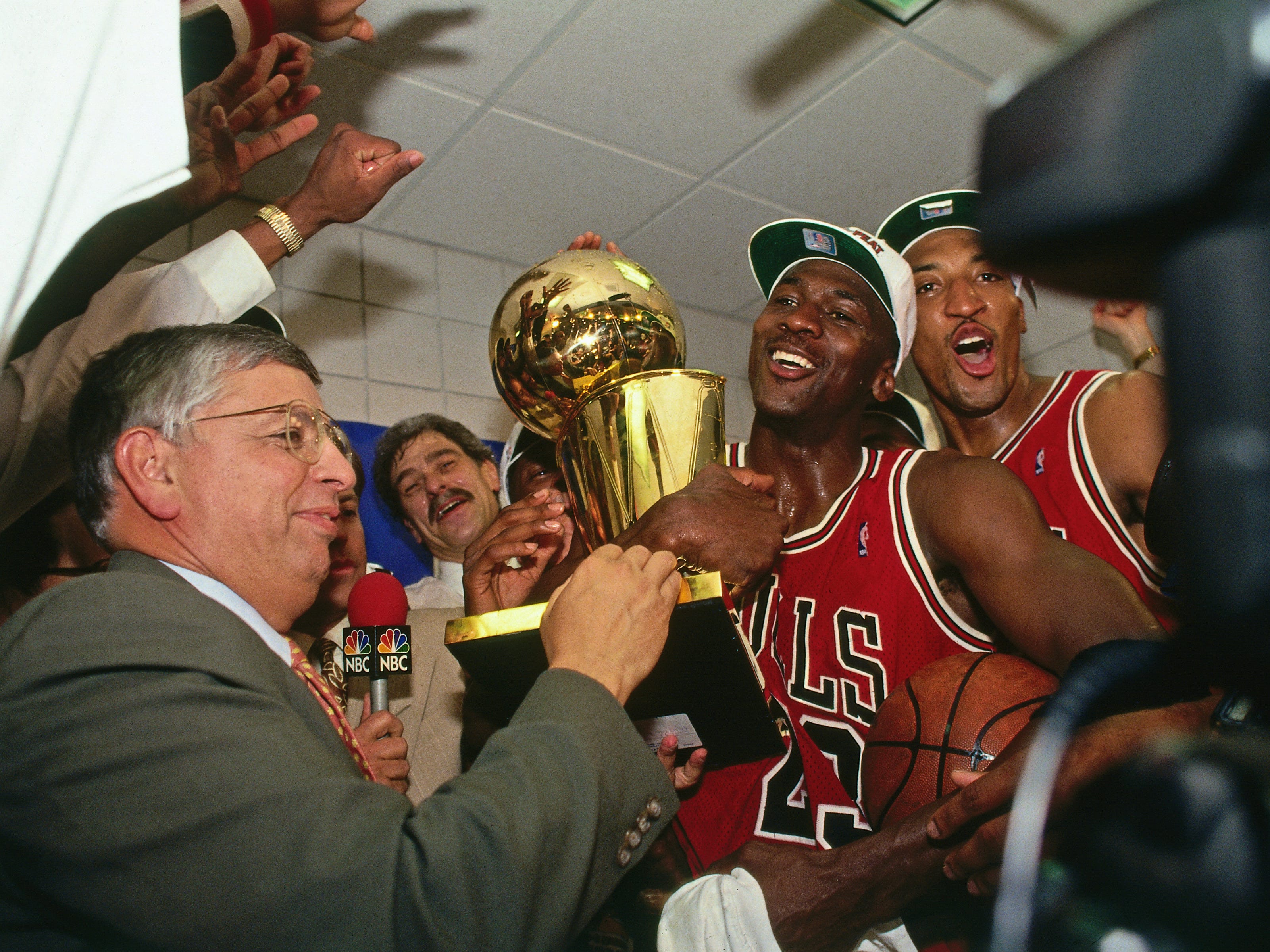 Fast forward four years at the NBA All-Star Game in Toronto. Tollin finally made some progress when he met with Curtis Polk and Estee Portnoy, the leaders of Jordan’s business empire. For months, the three worked on how to present the idea of “The Last Dance” to Jordan.

“I have to give them credit for chaperoning me,” Tollin told Insider, “because I didn’t know if I would ever get behind the curtain and personally sit with Jordan.”

A lookbook – which gives a general outline of the intended project through photos, synopsis, and other written material – was put together by Tollin and his team. And then in June 2016, Tollin said he suddenly got the call: Come meet Jordan.

Tollin got ready for a red-eye flight to Charlotte to see Air Jordan, though he admits he didn’t even have a set meeting.

Tollin said after he landed, he still had no idea if he would actually get to meet Jordan until he entered his office. With Polk and Portnoy by his side, Jordan appeared, sat down, and after some small talk, he opened the lookbook.

The first page Jordan saw, according to Tollin, was a brief note the producer wrote to Jordan: “Dear Michael, every day kids come to my office wearing your shoes who have never seen you play. It’s time.”

“He put on his reading glasses to read it, so that was definitely a moment,” Tollin said. “He smiled and he continued reading.”

Tollin said that Jordan read every word on every page. Watching the NBA legend read through the notes, Tollin said he observed what would be highlighted in the 10-part docuseries: How Jordan has a gift of being fully in the moment.

“There’s a mental game that nobody can touch him on, and I felt it just sitting in the room. I felt he was completely with me,” Tollin said. 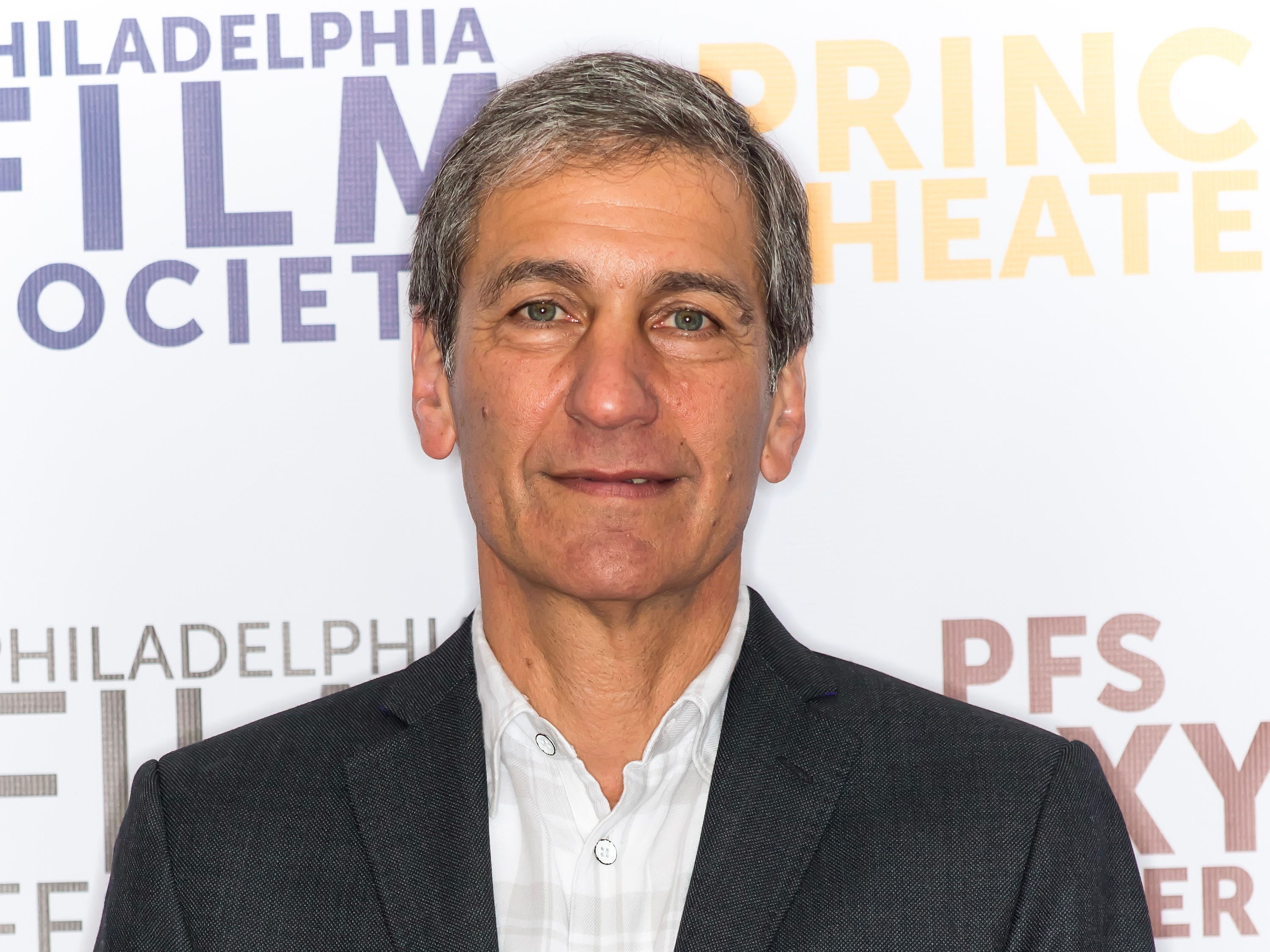 When Jordan got to the last page that listed the credits of the people who would be involved in the project, it included an image of Allen Iverson from the documentary Tollin produced called “Iverson.”

“So, you did this?” Tollin said Jordan asked him as he pointed at the Iverson photo.

“I’m a Philly guy, and I remember Michael being crossed up by Allen. So here’s a guy who holds grudges to motivate himself, I did not know if there was an Iverson grudge,” Tollin said. “So I acted like I didn’t hear him.”

Jordan asked again as Tollin looked at him: “You did that?”

Tollin told Jordan he did, sheepishly. Jordan responded: “I watched it three times, it made me cry. Loved that little guy.”

Tollin said Jordan then got up and walked from behind his desk and shook his hand.

Looking back now, Tollin has no clue if his meeting was the deciding factor in Jordan getting on board or if the NBA legend had made his decision before Tollin touched down in Charlotte.

“He was ready to tell his story his way,” Tollin said.

Though he admits, the Jordan meeting is one heck of a story.

“The Last Dance” is available on Netflix beginning Sunday.