Maria Sharapova arrived in the US at age 7 with $700 but is retiring from her 17-year professional tennis career with millions. Here's how she made her fortune. 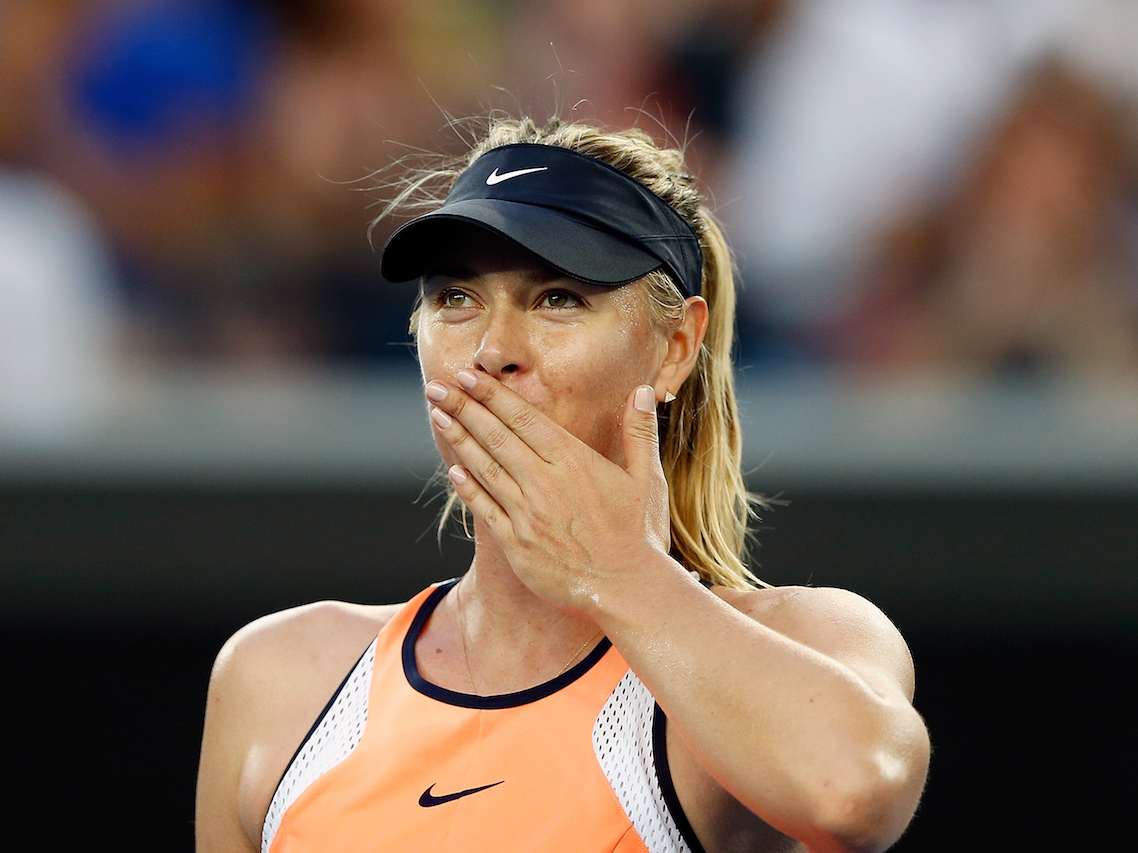 Over the course of her 17-year professional career, Sharapova was able to build a multimillion-dollar brand by partnering with major names like Nike and Evian, and even creating her own candy company. While there is no verifiable net worth figure for Sharapova, she’s certainly retiring in style – Forbes estimated her career earnings to be $US325 million.

Here’s a look at how Maria Sharapova amassed millions.

Maria Sharapova announced her retirement from professional tennis as the third highest-paid female player in the sport behind the Williams sisters. 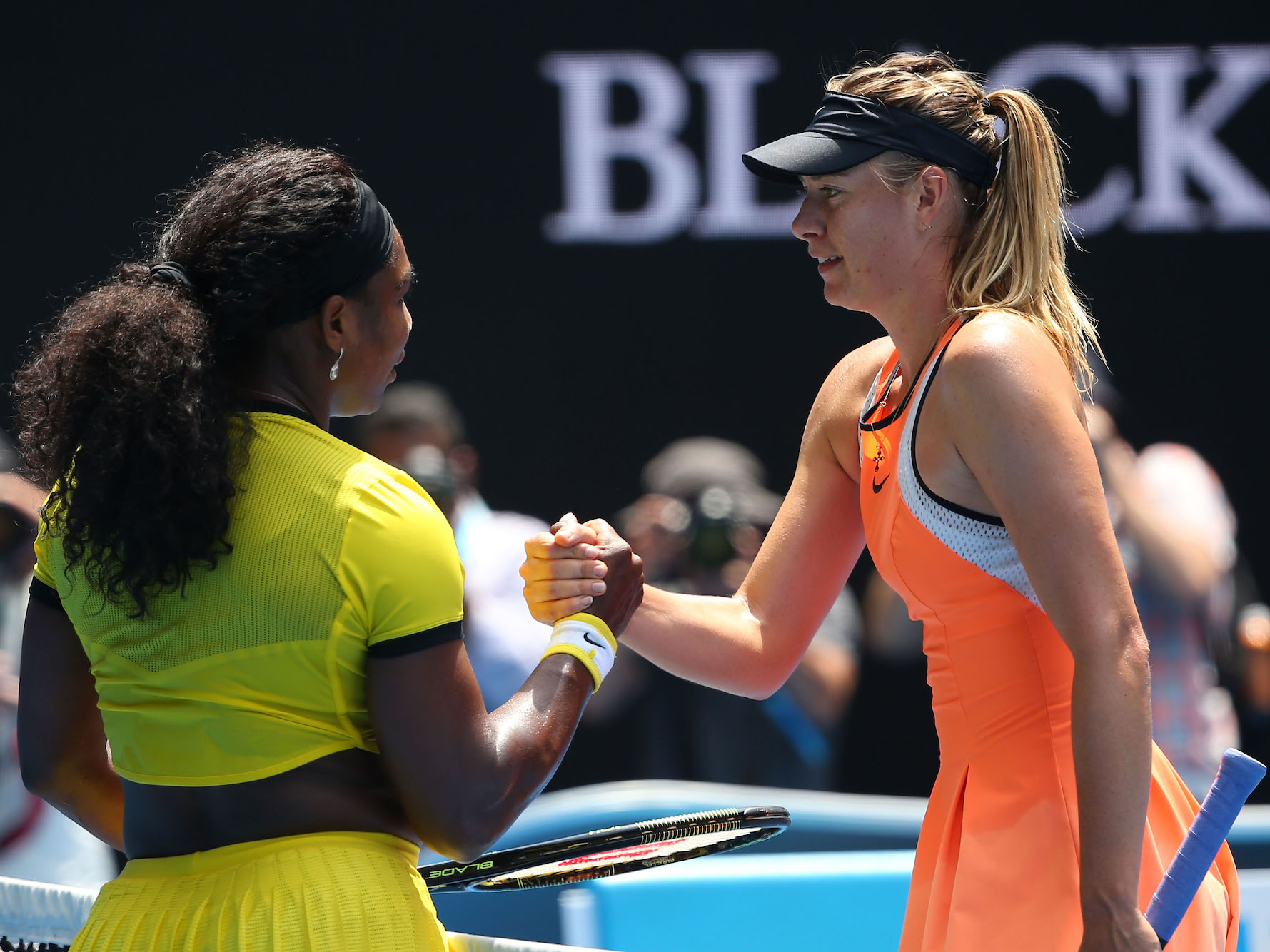 Since beginning her professional career in the early 2000s, Sharapova’s on-court earnings total $US38.8 million. 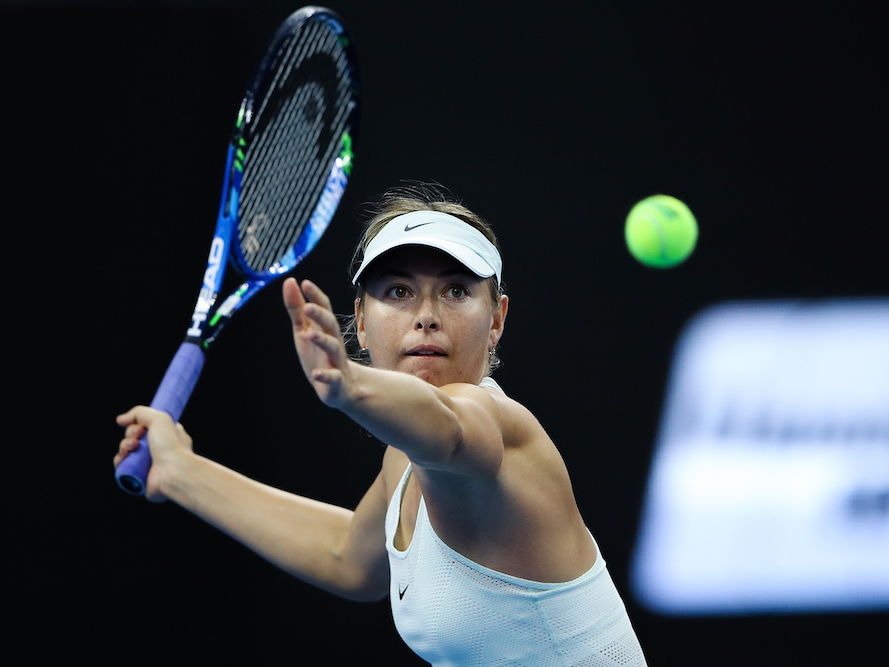 According to Forbes, Sharapova made a total of $US27.1 million between mid-2011 and mid-2012. Only about $US5 million of that came from on-court winnings. 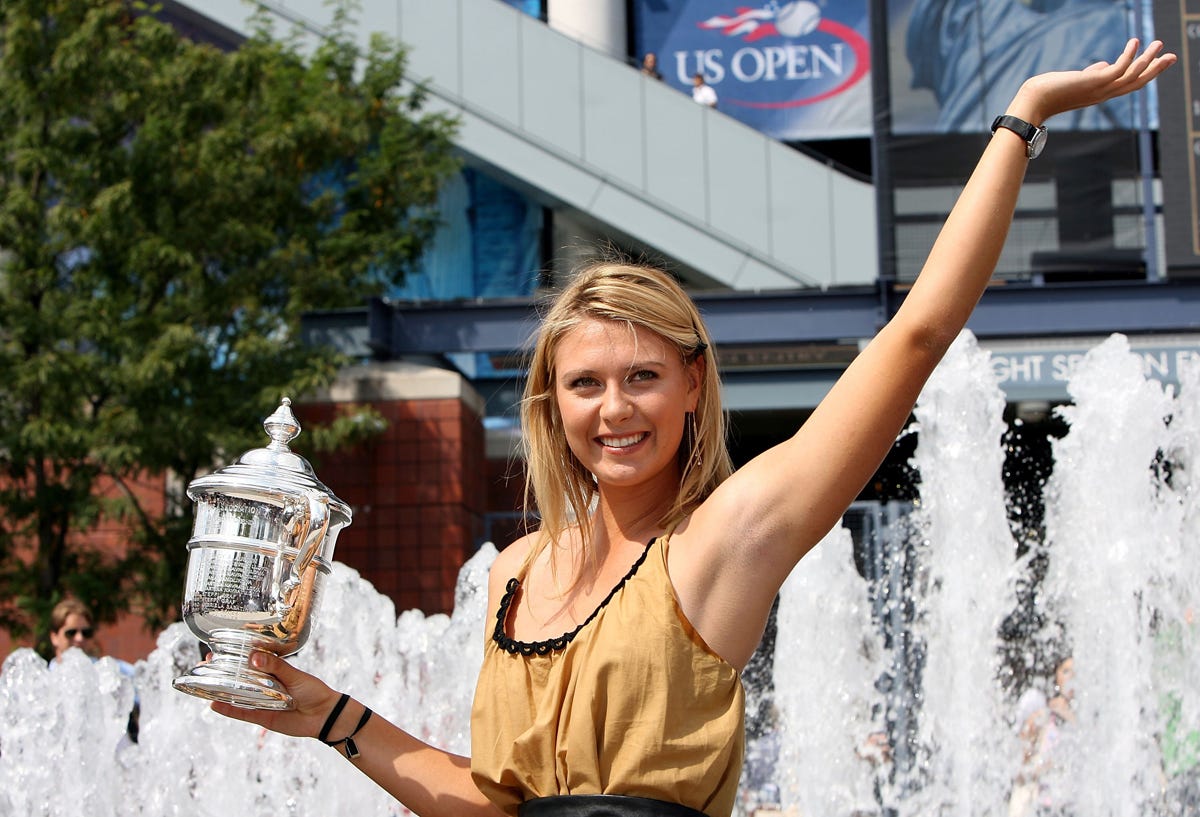 The majority of her income has always come from high profile brand endorsements. At one point, a ballet flat she had designed was Cole Haan’s best selling shoe. 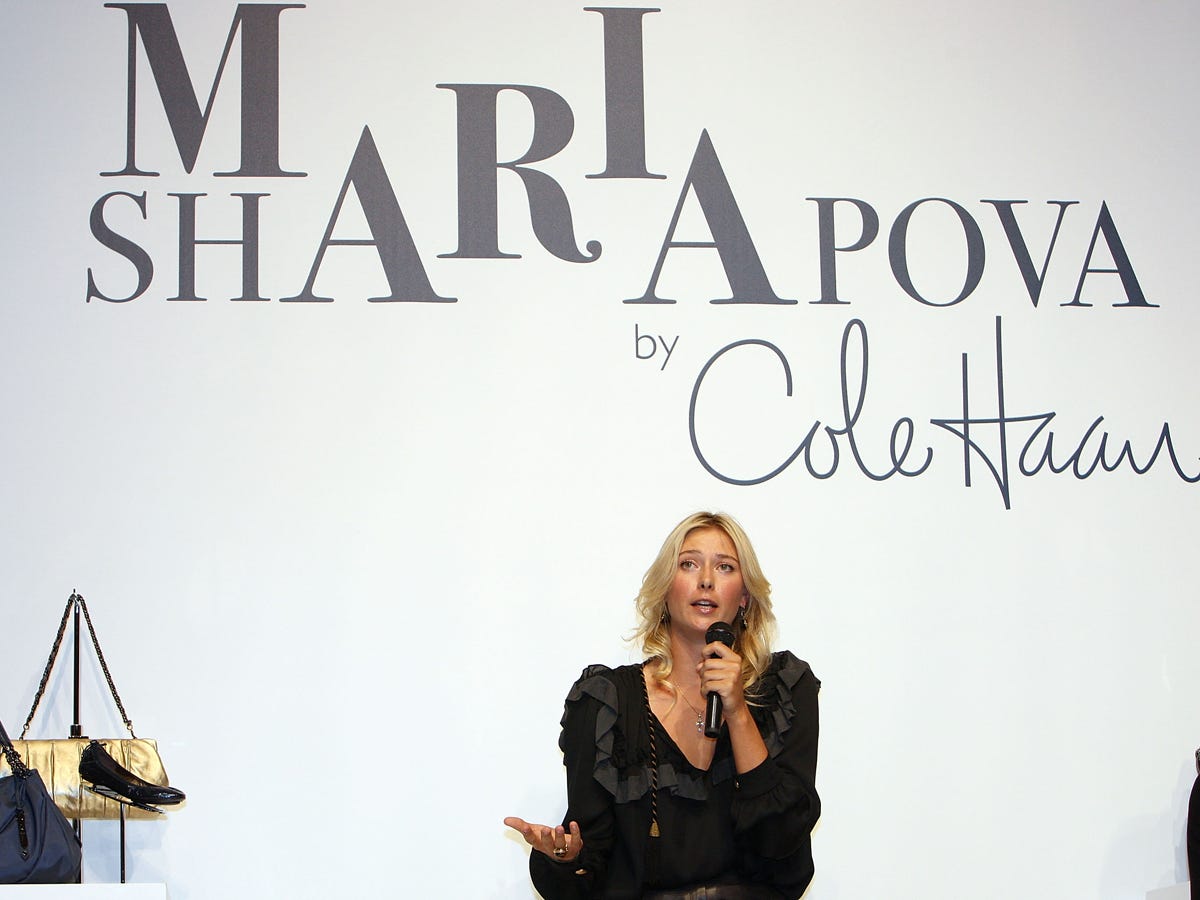 In 2010, she signed an 8-year deal with Nike that was estimated to bring in more than $US70 million … 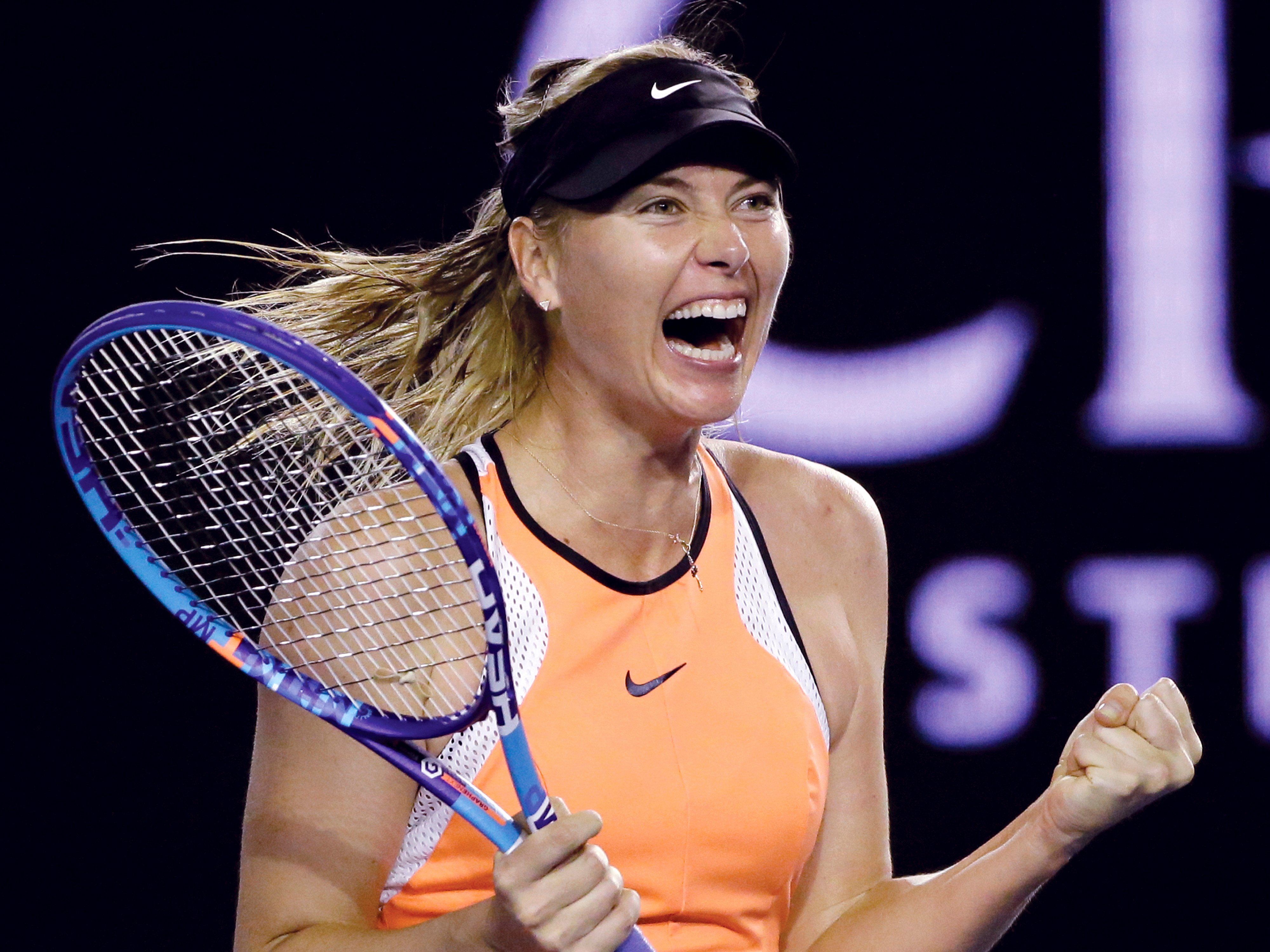 … and it let her design her own apparel and shoes. 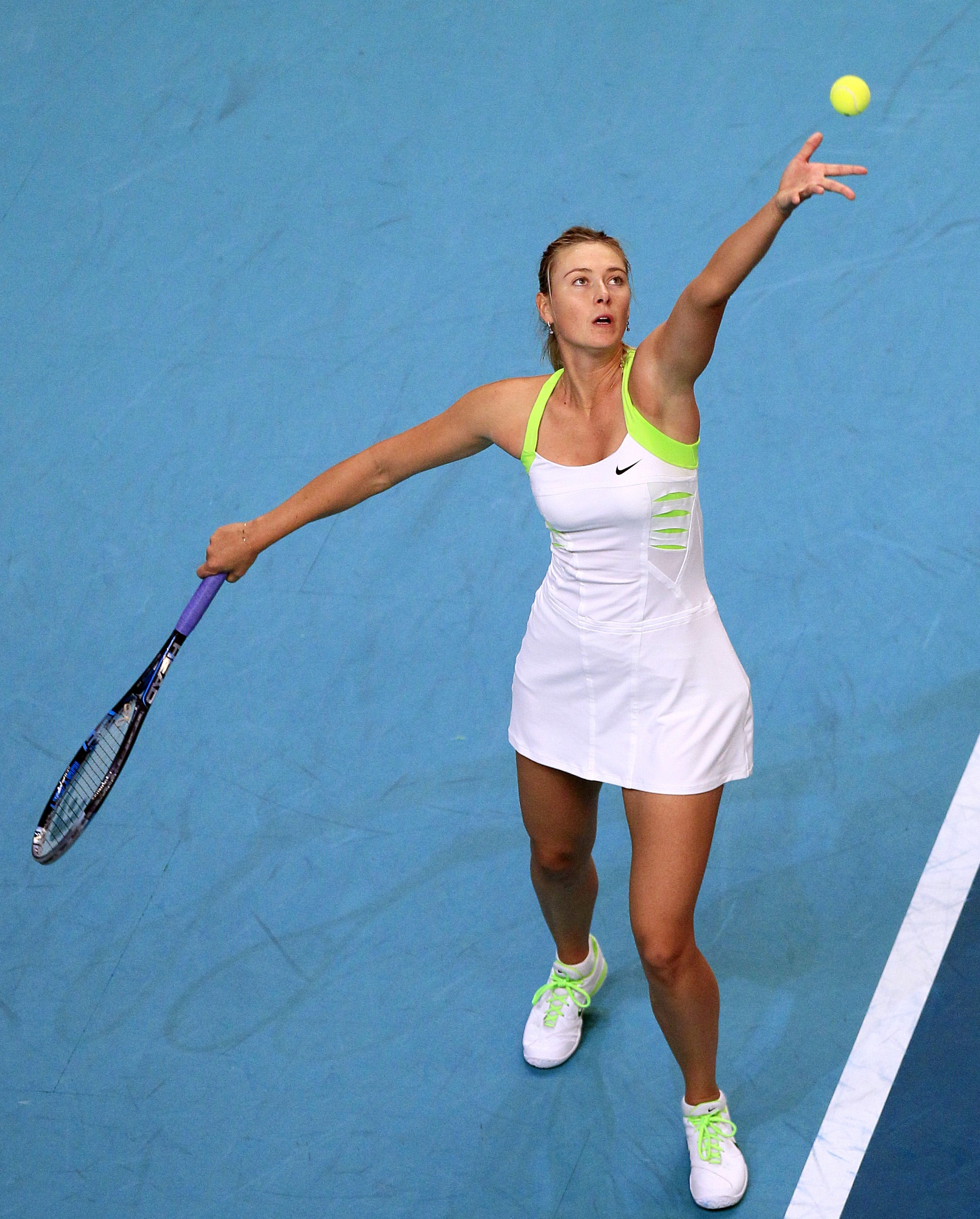 Jacques Demarthon/AFP via Getty ImagesSharapova in a custom Nike dress and sneakers during the Paris WTA tournament in February 2012. 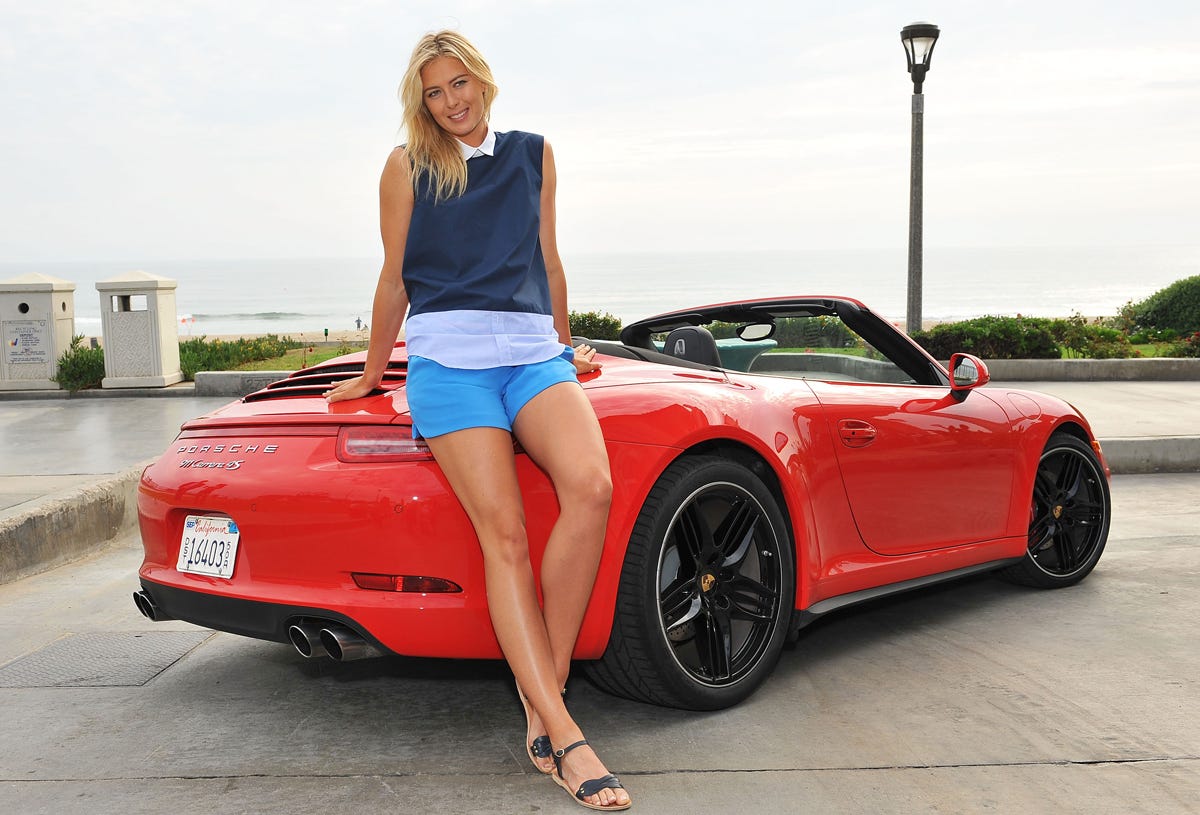 Sharapova, in addition to serving as a brand ambassador for many companies, also runs her own business. She launched Sugarpova, a candy company, in 2012 with $US500,000 of her own money and no outside investment. 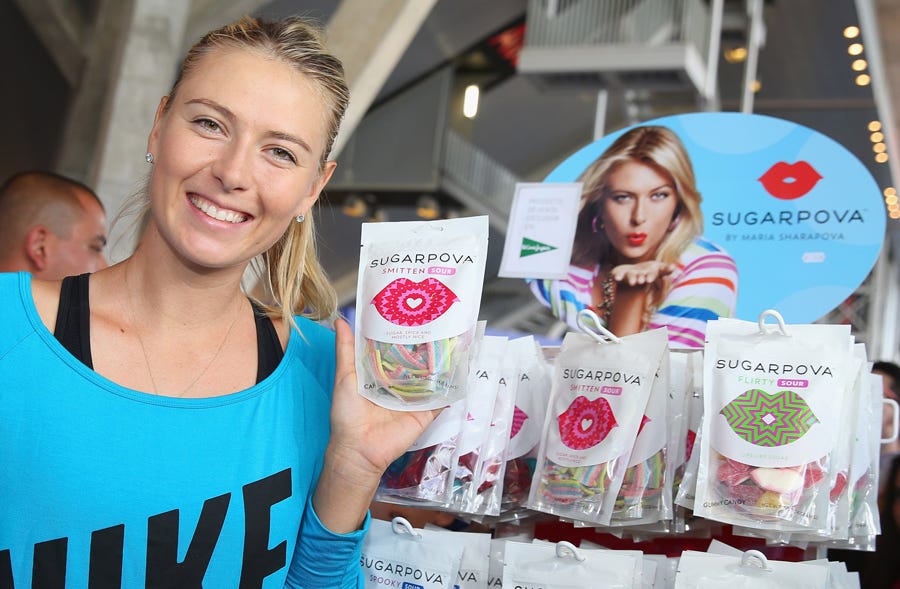 
In 2013, she flirted with the idea of renaming herself “Maria Sugarpova” to promote her artisan chocolates and sweets shaped like tennis balls but ultimately decided against it. 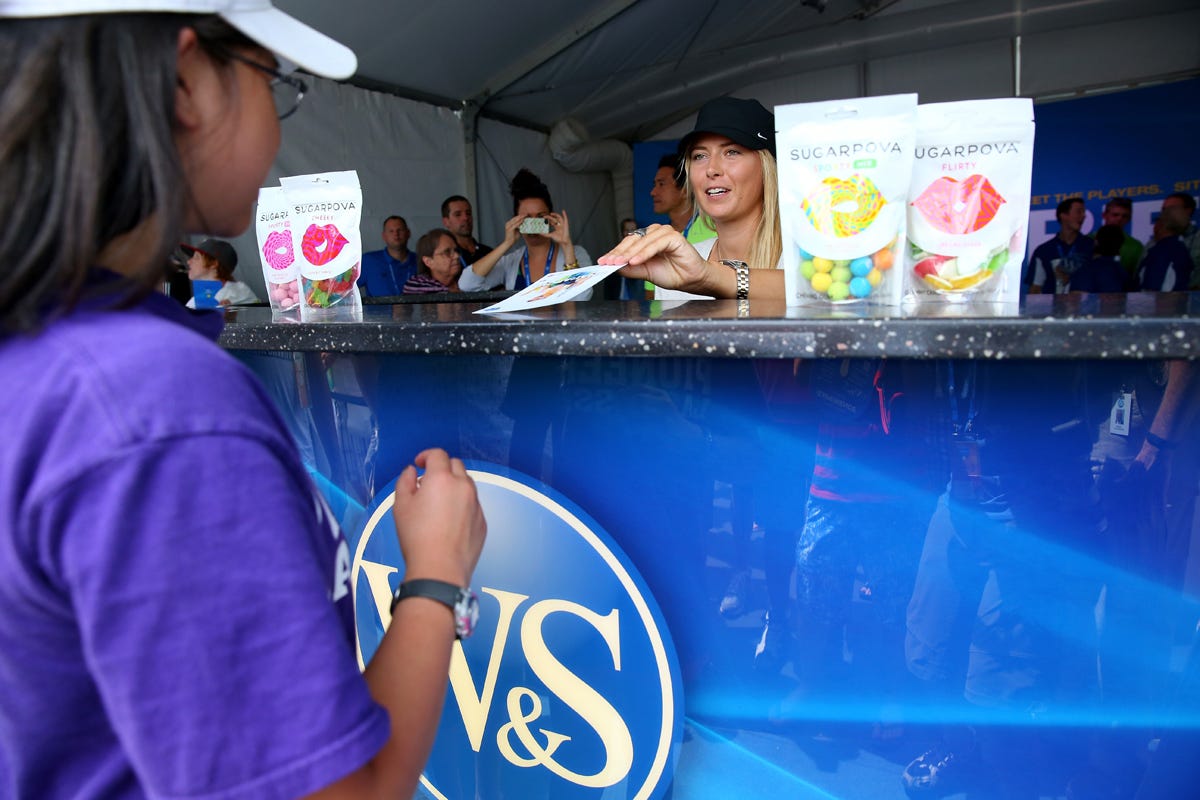 The candy brand is carried in major grocery stores like Lowes Foods and in Hudson News spots in airports across the country. 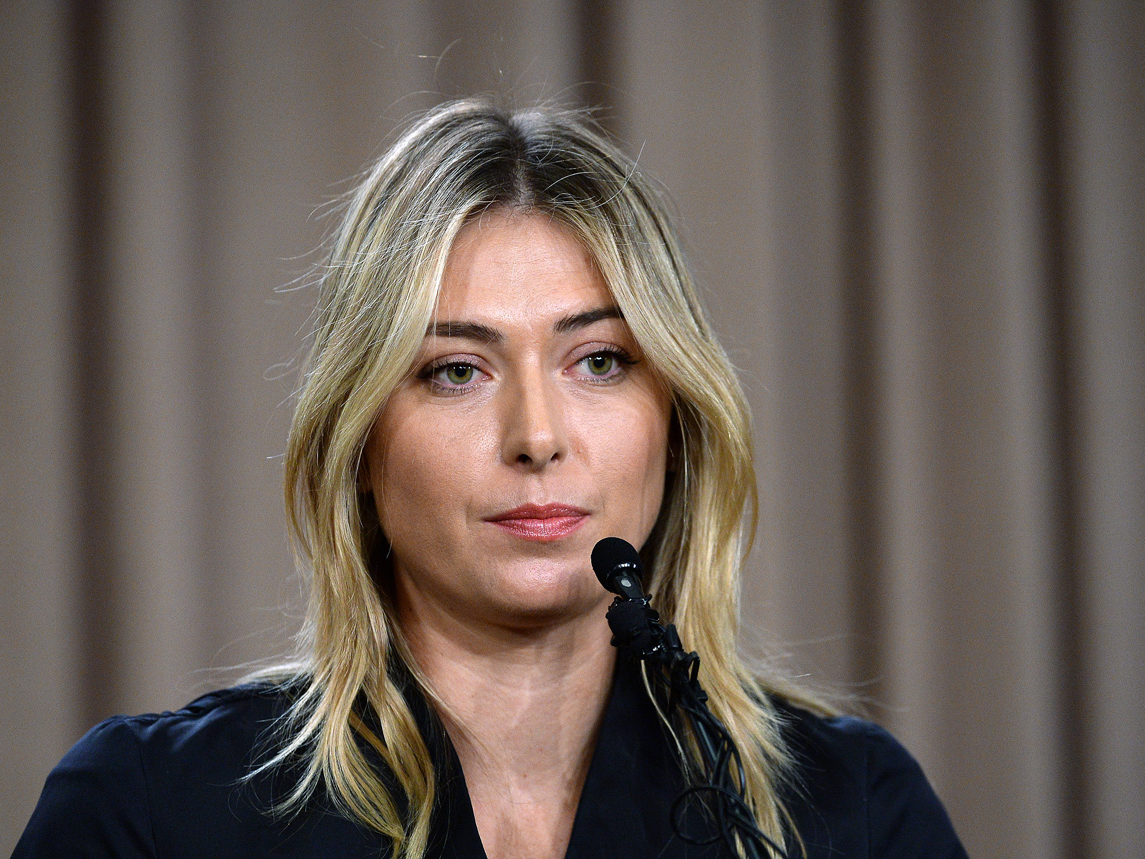 She failed her drug test at the Australian Open — she had been taking meldonium, a heart medication that had been added to the International Tennis Federation’s list of prohibited substances at the beginning of 2016. She maintained it was an oversight, and her two-year ban was reduced to 15 months. ReutersSharapova at her 2016 press conference, addressing her failed drug test.

Some brands, like Nike and Porsche, initially distanced themselves from the tennis player but ultimately stuck by her. Evian continued its relationship without issue. Tag Heuer ceased contract renewal negotiations with her immediately. 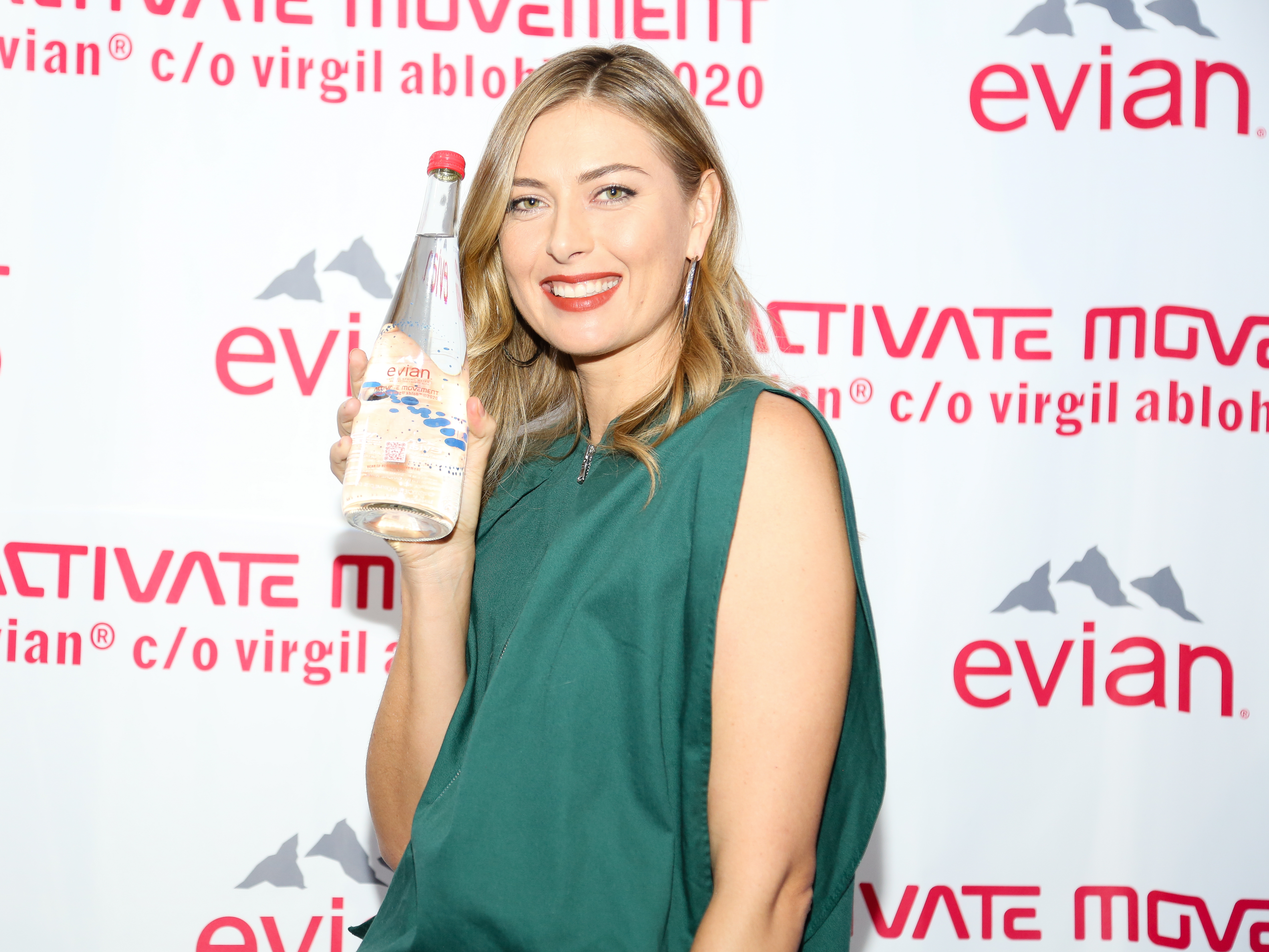 Since stepping back on the court in 2017, Sharapova had difficulty overcoming a chronic shoulder problem and only took home one WTA tour win. Sharapova announced her retirement in an emotional Vanity Fair column on Wednesday, February 27, saying “tennis has been [her] mountain,” and after 28 years of playing, she’s “ready to scale another mountain — to compete on a different type of terrain.” 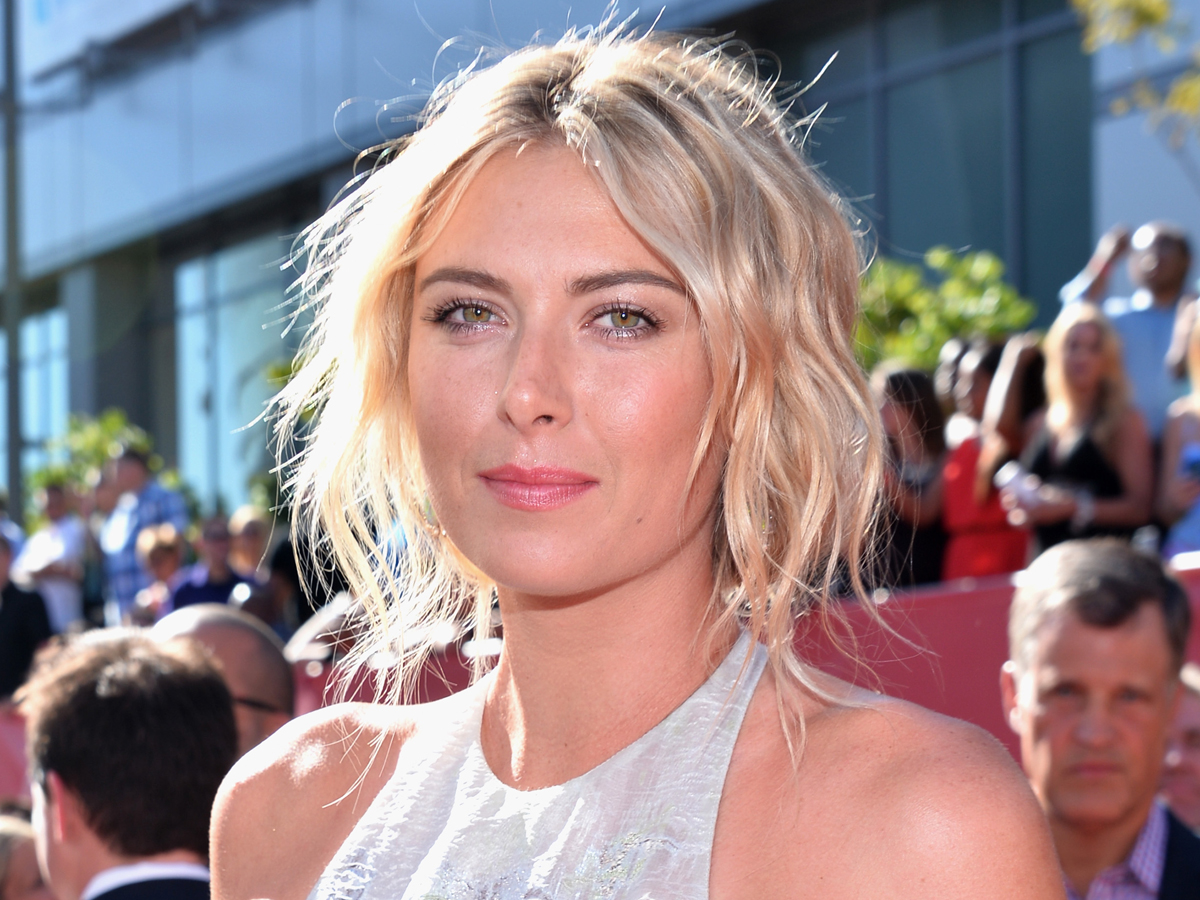 During her career, she was ranked as the No. 1 player in the world multiple times. She retired at No. 373. Her overall career earnings are estimated by Forbes to be $US325 million. 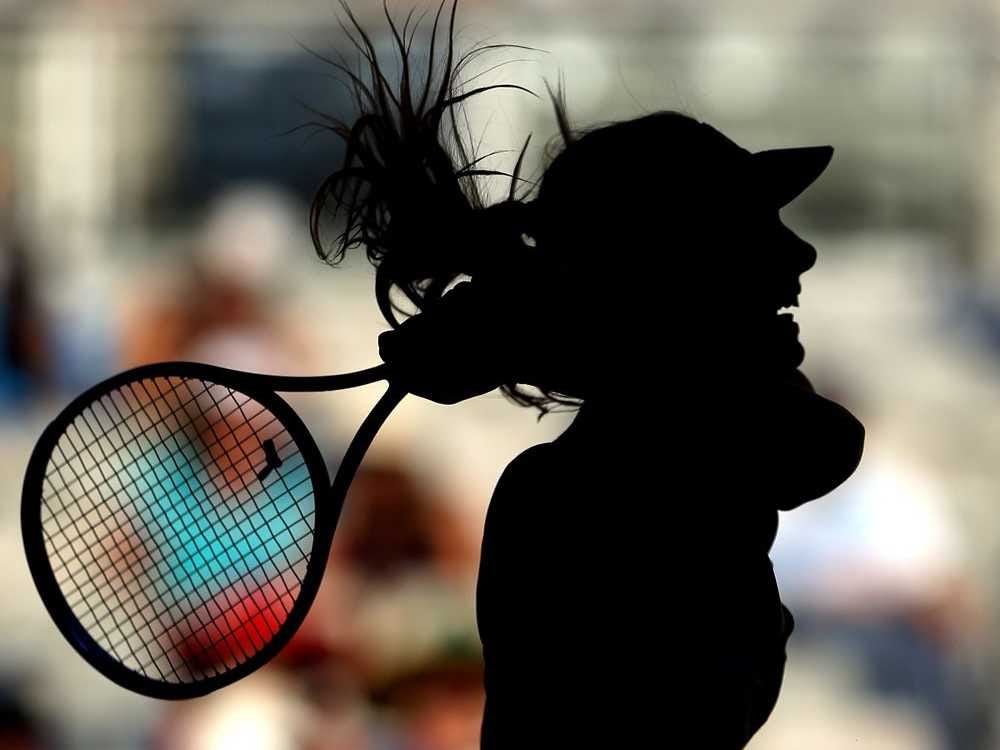