How long will the new, serious Trump last? A week?

“Some of the ads are for an audience of one – psychological warfare with Donald Trump.” – Rick Wilson of the Lincoln Project, describing how its anti-Trump ads get under the president’s skin. 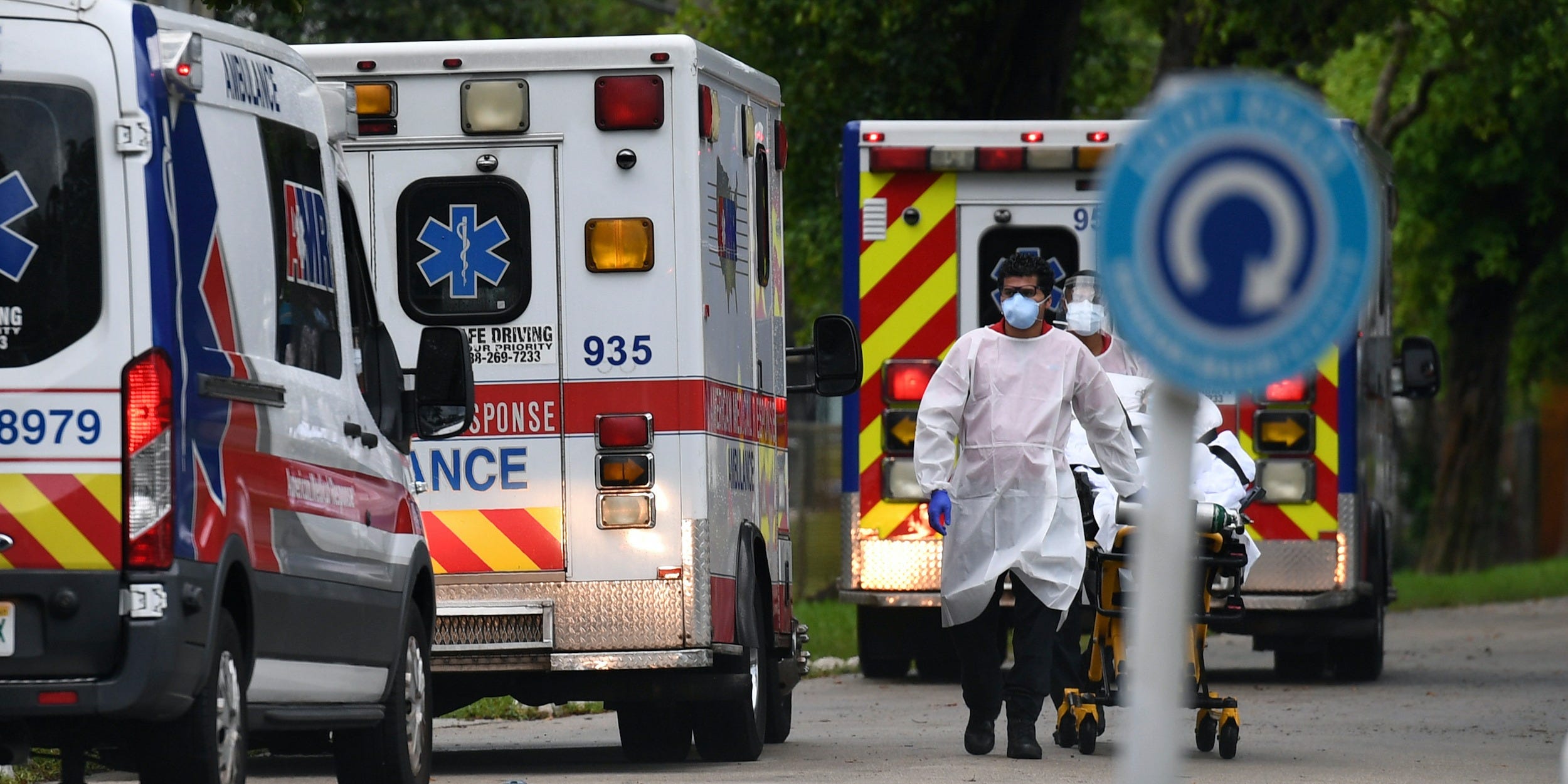 US passes 1,000 daily coronavirus deaths for the first time since May. Trump finally acknowledged the severity of the crisis at his briefing yesterday. The US government also agreed to pay $US1.95 billion to Pfizer to buy the first 100 million doses of their vaccine by year’s end.

The Trump administration ordered the Chinese consulate in Houston to shut down in 72 hours. The State Department accused the Chinese government of intimidating American citizens and interfering with US sovereignty. China vows retaliation. Chinese officials inside the consulate are burning documents.

The speaker of the Ohio state house of representatives was charged in a $US60 million bribery scheme. Larry Householder, a Republican, is accused of soliciting huge donations from an energy firm in exchange for favours.

Trump asked the US ambassador to help him get the British Open for his Scottish golf course. Ambassador Woody Johnson asked a Scottish official to help him, but apparently didn’t succeed. Johnson’s deputy, who objected that it was wildly unethical, was forced out shortly afterwards. 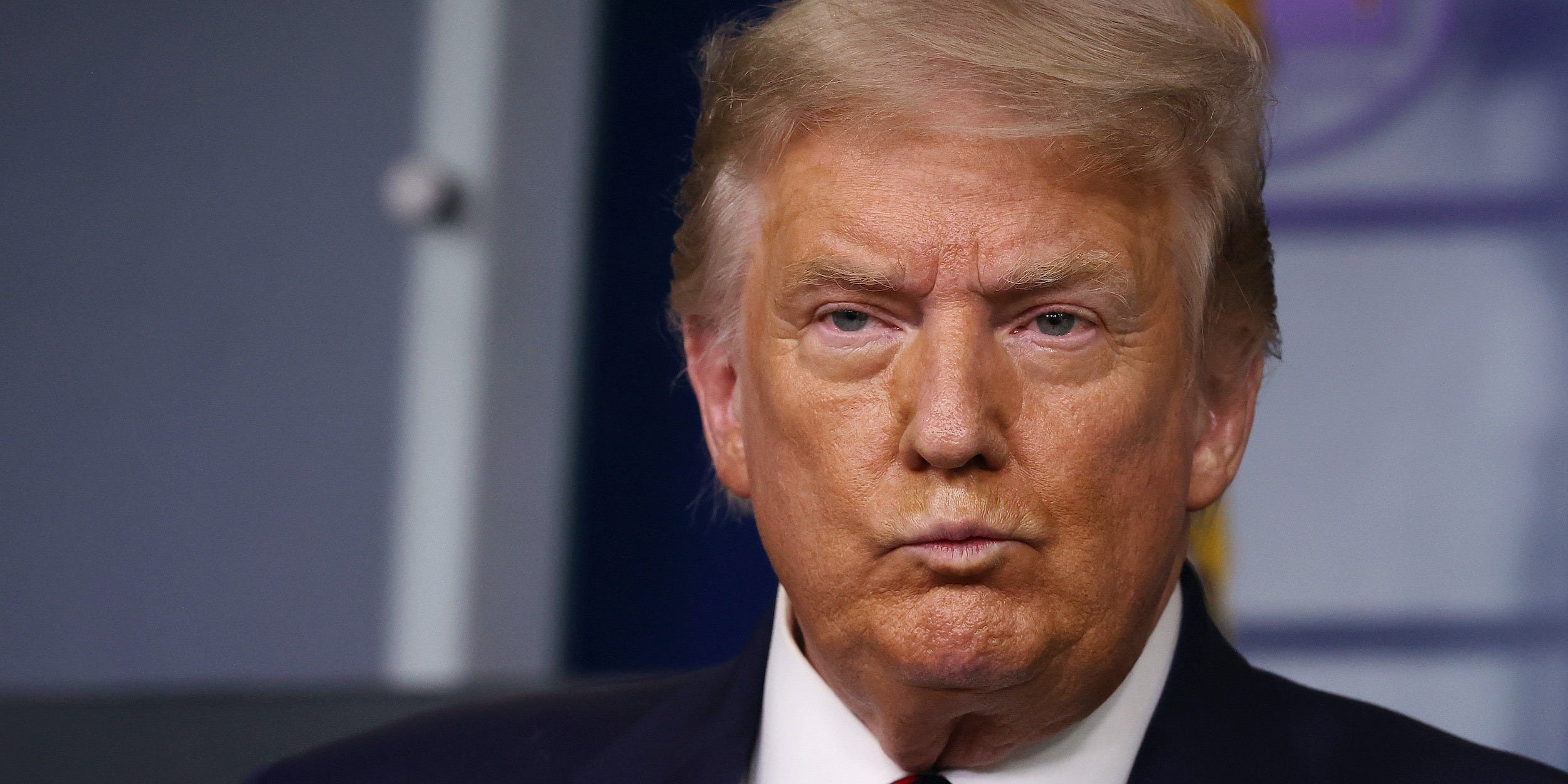 Chip Somodevilla/Getty ImagesPresident Donald Trump talks to reporters during a press conference in the Brady Press Briefing Room at the White House July 21, 2020

How long will the new, serious Trump last? Two days? A week?

He read a statement from the podium! He acknowledged the flashing neon-sign truth that the American pandemic is getting worse! He grudgingly endorsed mask-wearing, a public-health measure universally embraced in every country that’s quashing the virus!

By Trumpian standards, yesterday’s briefing was Lincoln at Gettysburg, Reagan at Pointe du Hoc, an FDR fireside chat at the depths of the Great Depression.

In the fool-me-once, fool-me-twice count, we’re long past triple digits with Trump, yet naturally some of his allies are treating his one day of sobriety as a presidential vindication. He has reset the presidency.

Yet we all know Trump is not a good enough actor to stay in character as a regular president. Bad news repels him; grievance fuels him; lying soothes him. He has the attention span of a flea, and the ego of, well, Donald Trump. It’s just a matter of time before he returns to his base condition.

So how long will that be? Can he make it till the weekend – four full briefings – without returning to his grievance-drenched, COVID-minimising, poll-obsessed, Biden-slapping state of nature? Could he make it two weeks? Does anyone think he can make it longer? – DP

The GOP is living in a fantasy land 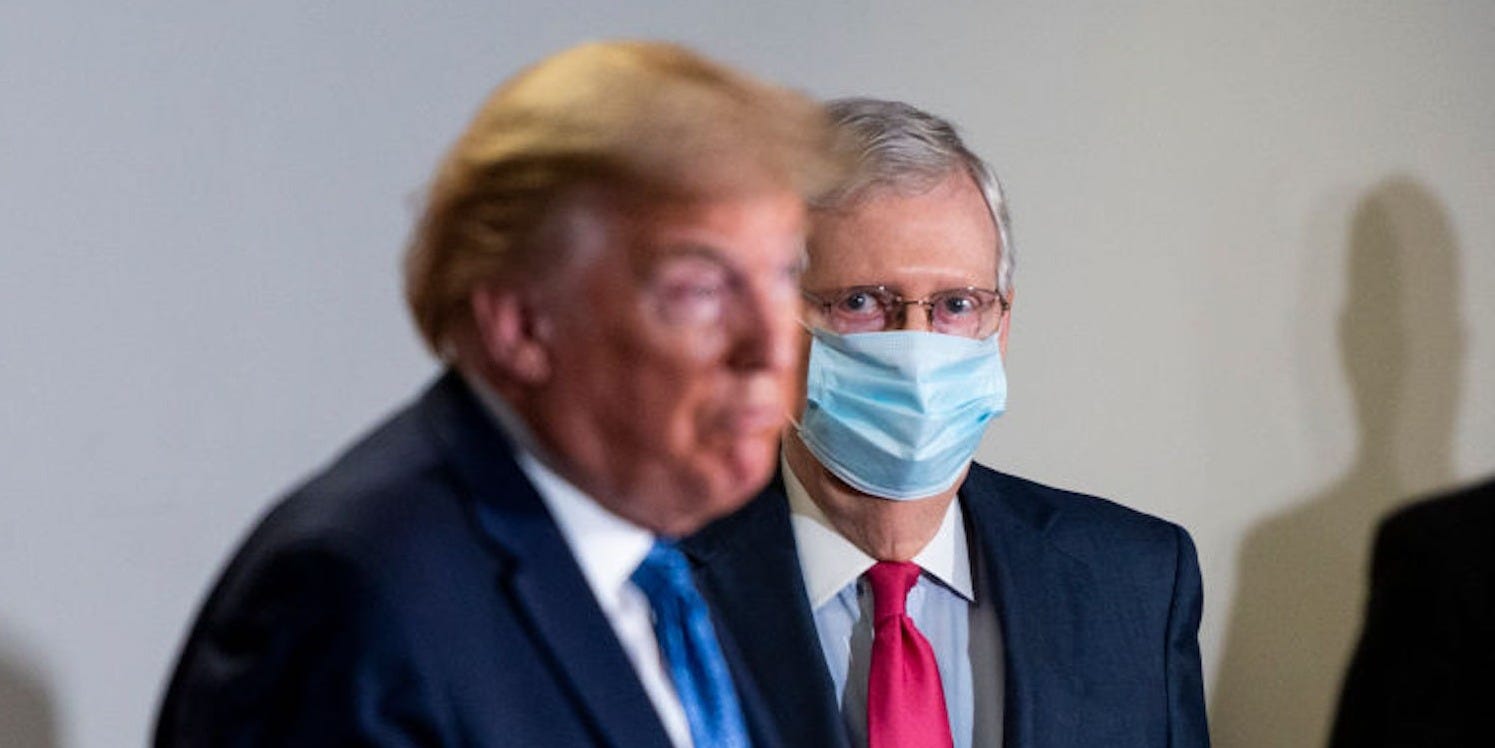 On Monday, reports began flowing out about what the GOP will propose in the next coronavirus relief bill. They all indicate that the party is delusional, as I wrote in my column on Tuesday. Here’s what’s floating around.

In short, those who have money and employment get help. Those who don’t, do not.

These measures are less generous than what the GOP proposed when the country was seeing 12,000 coronavirus cases a day – and now the country is seeing 65,000. States are beginning to shut down again. Reading this proposal, though, you’d think the pandemic was over and that jobs were coming back. Obviously, we know that’s not the case.

This proposal won’t add certainty to the economy – the kind of confidence that lets people know they will be supported and encourages them to spend. To inject some of that into the system we should be tying benefits to state unemployment rates, not forcing people to look for jobs that don’t exist. -LL

Meanwhile, Steve Mnuchin has the worst job in Washington 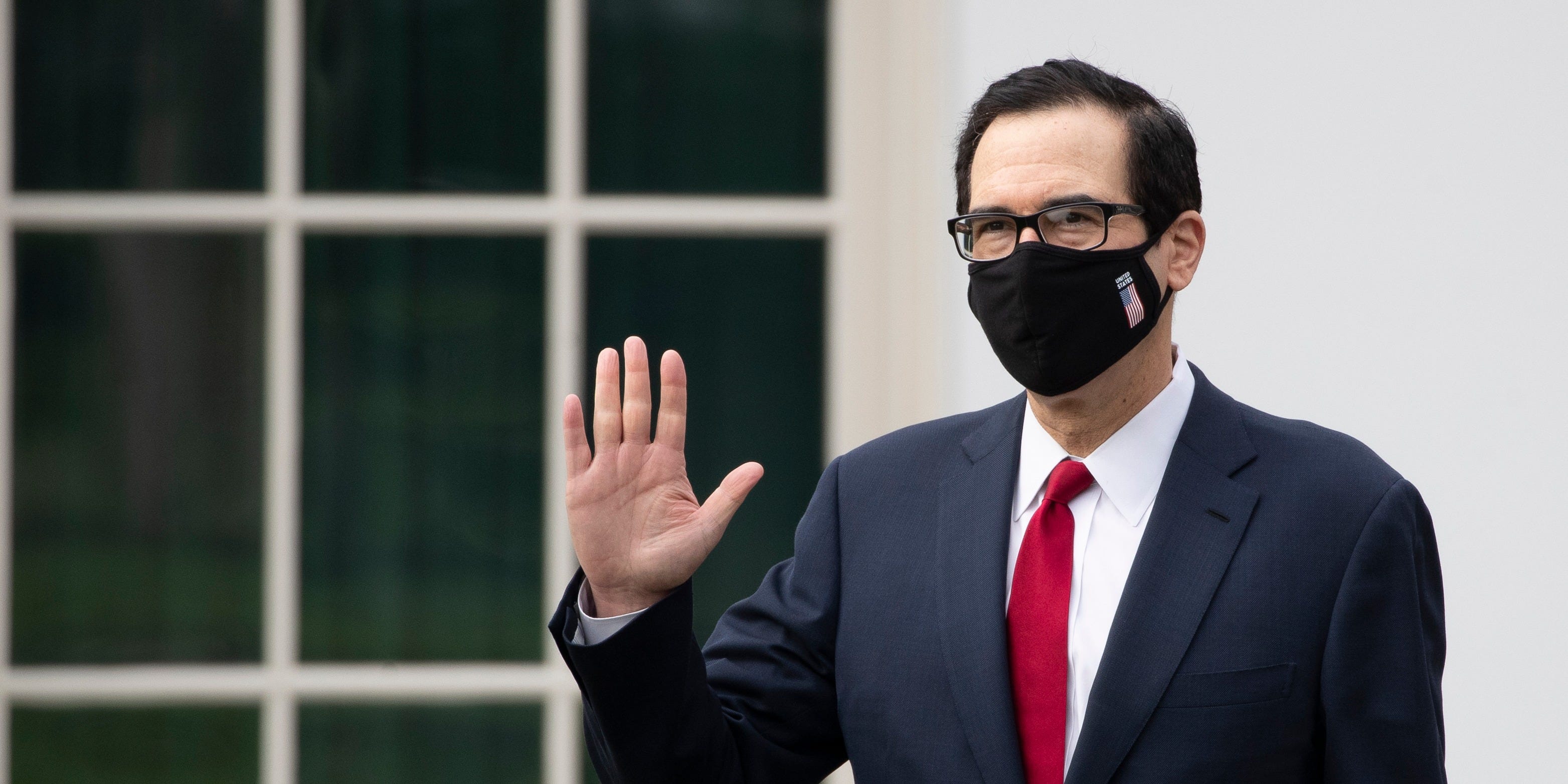 Back in March it was Treasury Secretary Steve Mnuchin who helped bridge the gap between Republicans and Democrats to get to a coronavirus aid deal, and it looks like he has that thankless task again.

This time though, according to reports, his work with Republicans sounds like herding cats – angry cats who can’t do basic maths. The NYT has a breathtaking (in a bad way) report of the GOP caucus meeting on the bill, and it seems some members think that even the meager package I outlined above is too much.

“I just walked out of a meeting that could be sort of a Bernie bros, progressive caucus…I’m alarmed that we’re talking about spending another trillion dollars we don’t have.”

We absolutely do have a trillion dollars to spend on this. In fact we have even more. What we don’t have is the multiple trillions of dollars and years and years it will take to get the economy back on track if millions of Americans miss debt payments, which in turn melts down the financial system, which in turn does real lasting damage to the economy. At this point it’s clear that Paul and his ilk are unequivocally farcical people. – LL

Where are the states rights Republicans now? 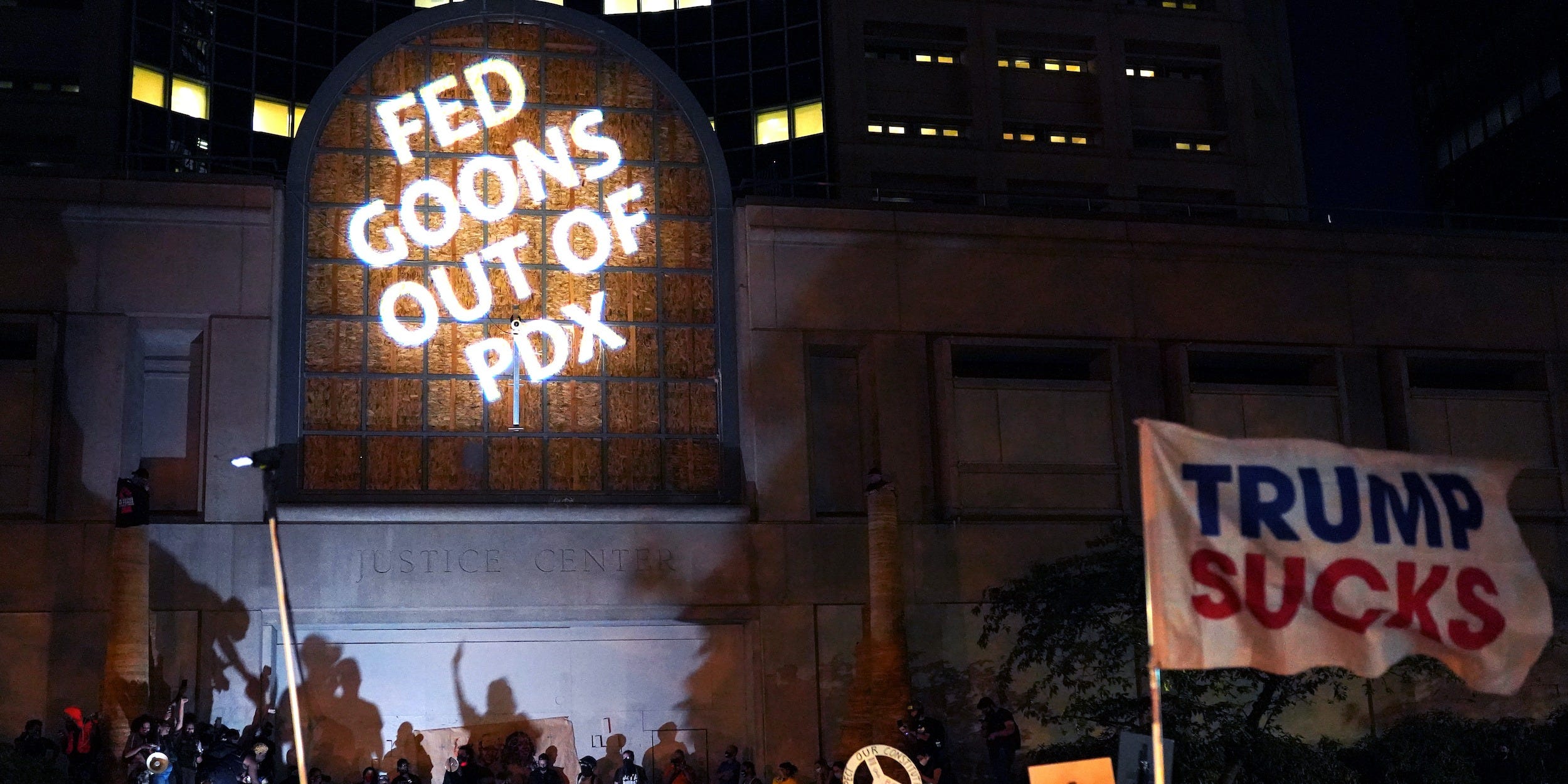 Oregon did not ask for federal “aid” from the Homeland Security paramilitary thugs that Trump has dispatched to Portland.The governor, the mayor, and both senators say they do not want federal troops – especially not masked, anonymous troops – patrolling the streets and disappearing protesters into unmarked vans. Oregon’s Attorney General says the federal invasion violates the Constitution, and has sued to stop the mystery detentions.

No federal interest was being threatened by the protests before the arrival of the feds. The Homeland was not made Insecure by them. All evidence suggests the federal forces have escalated tensions and provoked more unrest – taking a series of peaceful nightly demonstrations and turning them into tense confrontations. That may be what President Trump wants, because he believes it will help his reelection campaign, but to repeat, it is not what any of Oregon’s public officials or Oregon’s citizens want. There is no sign Americans outside Oregon want it either.

Imagine the situation reversed. Imagine a Democratic president sending masked feds to tear gas an antiabortion rally in Fort Worth. Republicans would be halfway through impeachment already!

Today’s silence from Republicans who are usually so loud about state’s rights is deeply demoralising. As Oregon Sen. Ron Wyden asks in Insider: “Where are the Senate Republicans who preach state rights and freedoms as Trump sends paramilitary forces into cities uninvited and tramples on the Constitution?” – DP

Conspiracy theories are the locusts of modern American life – they’re destructive, they’re everywhere, crush one and there are still 1,000 more.

They’re also costly for society, because they waste resources that should be spent on improving the world. This week has brought us two horrifying examples of this. Roy Den Hollander, an anti-feminist lawyer, seems to have killed the son of federal judge Esther Salas, then killed himself. Even before he committed this monstrous act, Hollander was despoiling life for his fellow Americans by filing stupid lawsuit after stupid lawsuit – attacking ladies nights at nightclubs, women’s studies classes at universities, the Violence Against Women Act. These lawsuits wasted time and money for everyone involved, for no significant purpose.

Also this week, the National Human Trafficking Hotlinehas been flooded with calls from poor deluded souls in the thrall of a nutball conspiracy that the online retailer Wayfair is selling children by disguising them as pillows. It’s ludicrously crazy, yet now the hotline can’t do its job, which is protecting real people from real trafficking. – DP 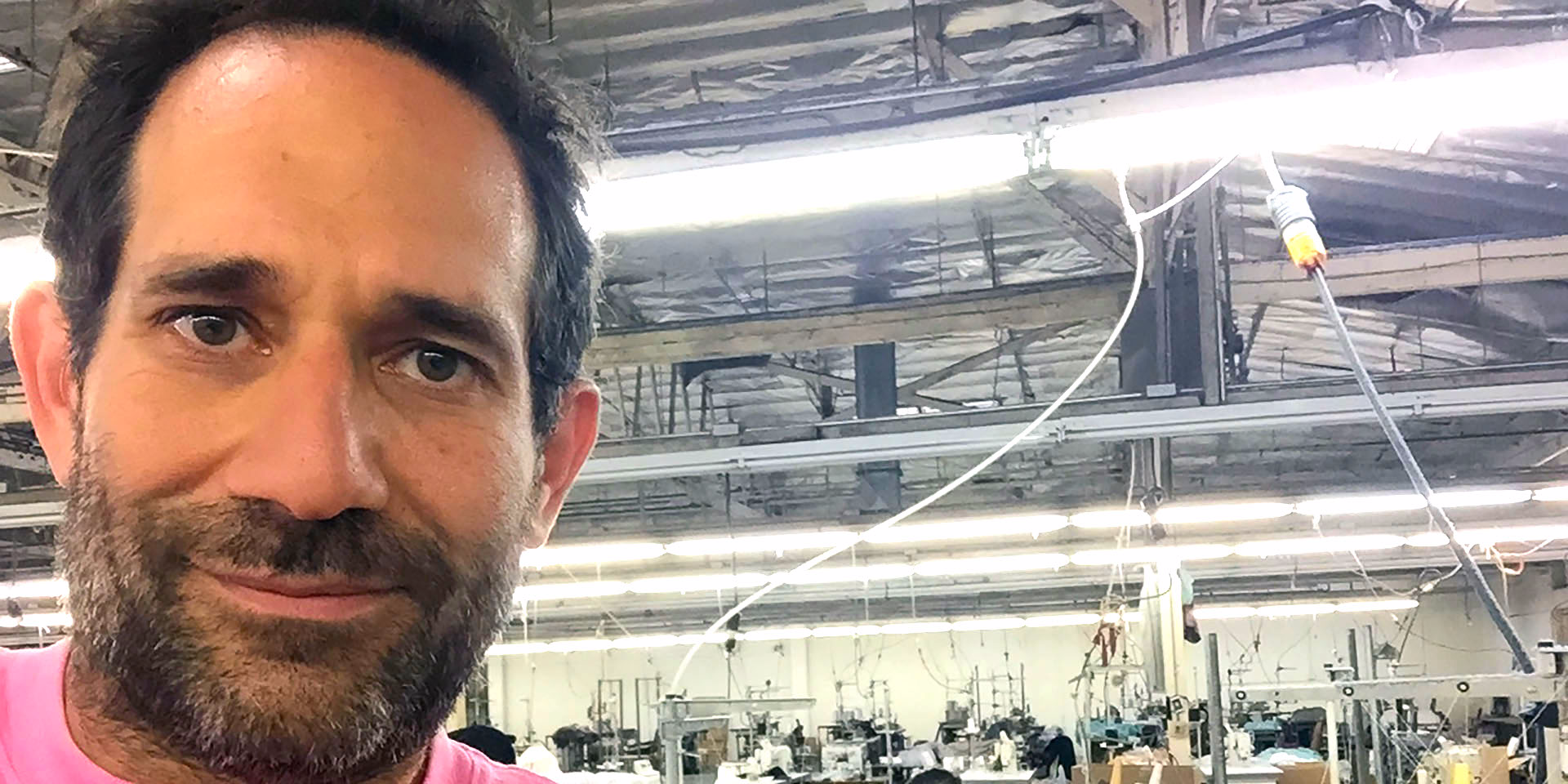 Dov Charney denies there’s a COVID outbreak among his workers at Los Angeles Apparel. The Department of Public Health says 375 of his workers – 16% of them – have the virus, and four have died. 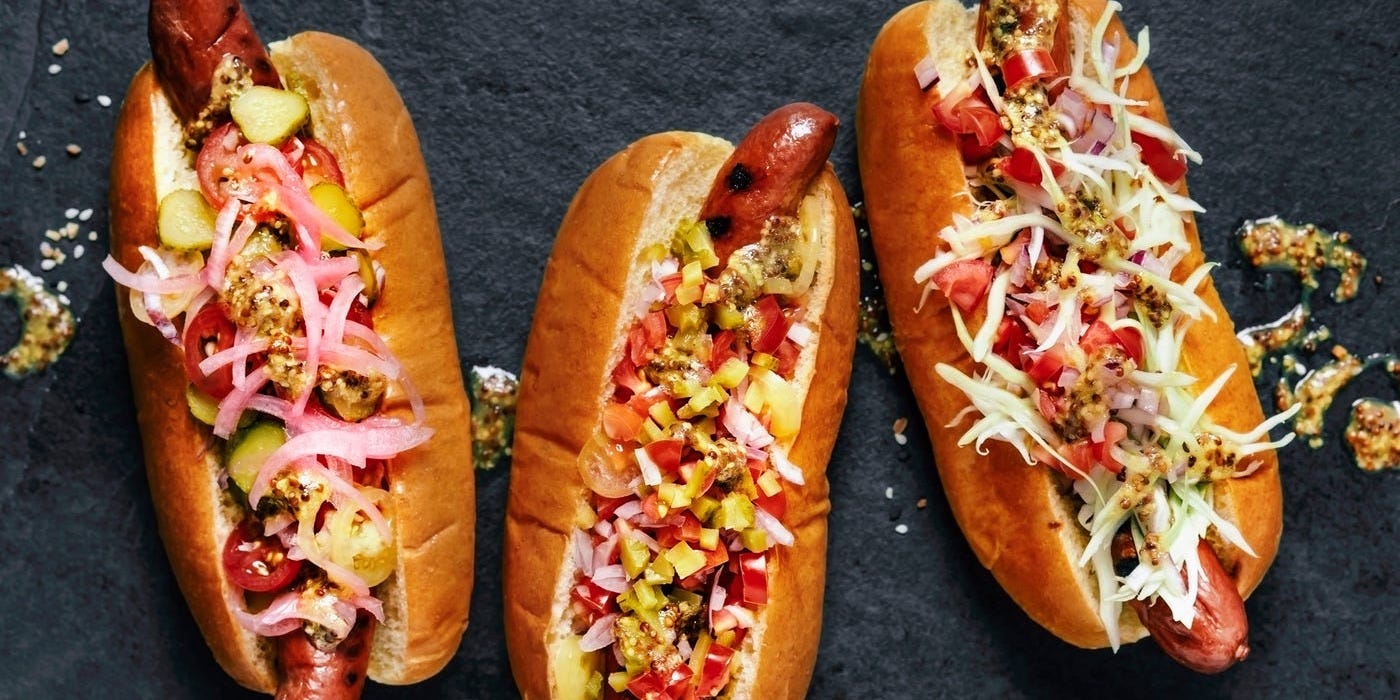 Photos of Prince George looking really unimpressed. It doesn’t happen often, but it’s charming when it does.

13 ways to make your hot dogs better using things you already have in your kitchen. Guacamole. Bacon bits. Spiralizing the dogs.


How to do push ups correctly.

A California woman didn’t want to wear a mask in a Verizon store. So she peed on the floor.