I lost my job as an NYC public school teacher for having a provocative past. Here's how I turned the humiliating experience into a flourishing freelance career. 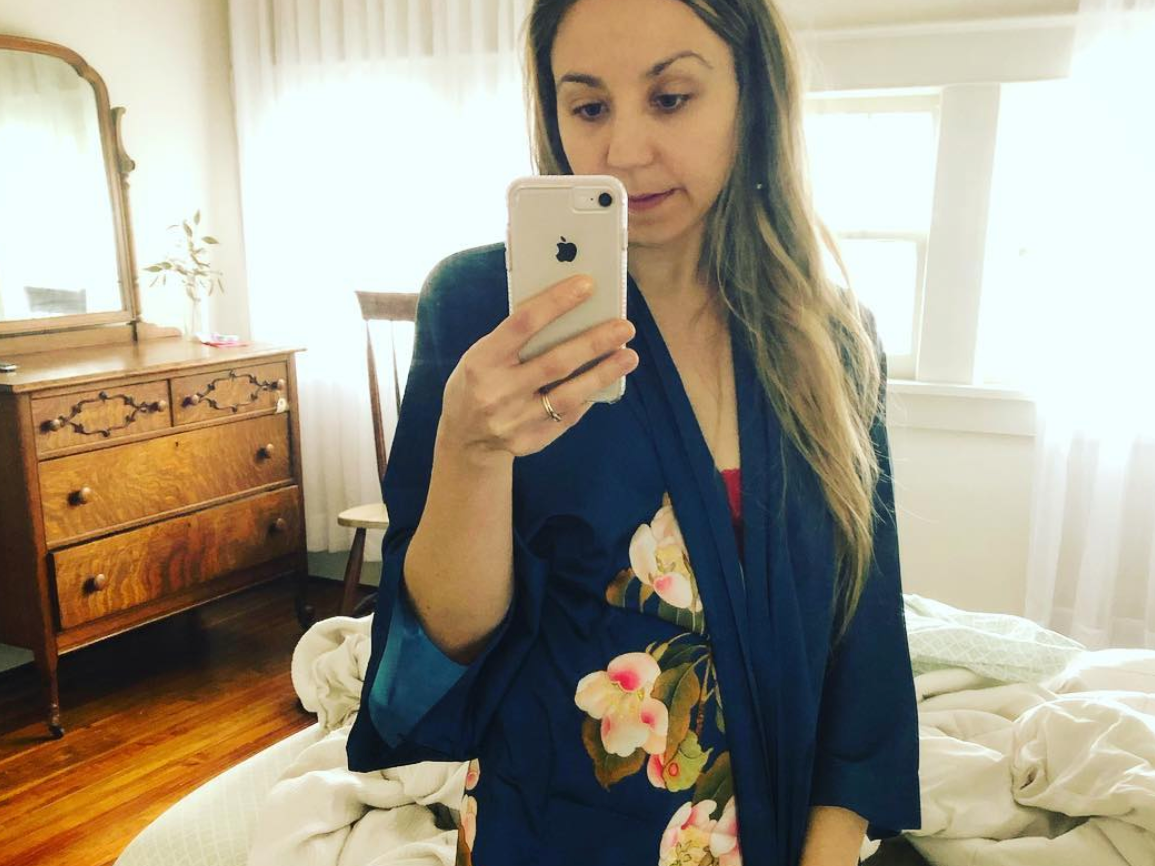 Courtesy of Melissa Petro / InstagramMelissa Petro turned to freelance writing and gig work after losing her job as a schoolteacher.

People often fantasize about giving up their daily grind to become a freelancer â€” and for many, freelance writing has a particular appeal.

For as long as I could remember, I had dreams of becoming a writer. Still, in college, I pursued what I felt was a more practical degree. I earned a BA in sociology and began a career in social services, working with economically disadvantaged women and girls. Coming from an economically disadvantaged background myself, I worked on and off in the sex industry to afford my education.

I wrote about my experiences in the sex industry, and harbored ambitions to write a memoir. But even after earning an MFA in creative nonfiction from the New School, writing felt like a somewhat embarrassing â€” and expensive â€” hobby. I pursued a second master’s degree, this time in childhood education, to qualify for a “real” job: teaching art and writing at a public elementary school in the South Bronx.

In 2010, a reporter from the New York Post took an interest in a 900-word essay I wrote for the Huffington Post in which I talked candidly about a brief period in my life (in grad school) when I traded sex for cash. Some weeks after my essay ran, the tabloid plastered my picture on its cover under an intentionally shocking headline: “Bronx Teacher Admits: I’m an Ex Hooker.”

My employer at the time, the New York City Department of Education, immediately yanked me from the classroom and put me in reassignment, also known as the “rubber room.” After months of relentless negative press coverage, I resigned.

It was humiliating, but in retrospect, I’m better off for it. Here’s how I turned the worst thing that’s ever happened to me into a flourishing freelance career.

Read more: How to make 6 figures as a freelancer right out of college, according to 3 recent grads bringing in over $US100,000 a year

I let my loss wake me up

In a lecture to Stanford Graduate School of Business students, Oprah Winfrey argued there is no such thing as failure; Instead, she says, the purpose of any failure or loss is to move you in another, better direction. As Oprah put it: “The losses are there to wake you up.”

While the gist of this has always been a guiding principle of mine, I had never lived through something so seismic as the loss of my teaching career.

For months, news of my reassignment was everywhere. CNN ran the story as “breaking news.” CBS published a slideshow of my Facebook photos. Even then-New York City Mayor Michael Bloomberg weighed in on the matter, condemning my conduct and suggesting what I’d done was somehow criminal.

Beyond the public humiliation, there were practical matters to consider. Financially, I had no savings or family to fall back on. I was scared.

Initially, I applied for positions similar to the one I’d lost â€” teaching jobs, daycare centres, nannying, as well as work in social services. Interviews pretty much ended just as soon as my potential employer would ask, “Why did you leave your last job?” I seemed like no one wanted to associate themselves with a woman dubbed the “hooker teacher.”

In moments like these, there’s a temptation to panic. Instead, as Oprah said: “Get still and ask yourself, ‘what is the next right move?'”

My situation began to improve when I stopped applying for jobs I didn’t really want anyway and surrendered to reality.

I turned to people I knew would have my back

When the whole situation first started, I sent SOS emails to nearly everyone I knew, asking for advice and assistance. I had a fair number of contacts from grad school and within the literary community. Many expressed outrage at what was happening to me, and wanted to help.

Rather than another plum salary position in a field not necessarily related to writing, I began cobbling together part-time gigs that would ultimately support my career as a writer.

I did data entry for $US10 an hour at a prestigious literary journal. I scored a gig teaching memoir-writing, and then another. And I worked for free, teaching writing workshops to marginalised communities including drug users, survivors of sexual exploitation, and LGBTQ teens. I applied for grants, and eventually the volunteer work started to pay.

I also continued to write, pitch, and publish my writing as much as I could.

I turned my biggest liability into an asset

A decade later, I’ve written on a variety of topics: a literary festival in Sri Lanka, a Syrian activist who survived arbitrary detention, and a memorial project to honour bicyclists killed in traffic accidents, to name a few.

I learned about things like story angles and other aspects of craft from my editors. Sure, my MFA was an enriching experience, but I wouldn’t say it prepared me at all for the business of freelancing. Instead, thanks to my provocative story, I had the chance to publish on high-profile platforms and work with amazing professionals who were extremely patient with me as an inexperienced writer. Because I had a story they wanted that only I could tell, editors were willing to teach me the ropes.

Besides the bit about brushing off failure, this is my number one word of advice to new writers: If you offer an editor a story that only you can tell, they will help you tell it.

Read more: A marketing director making $US50,000 quit her job and now makes five times more as a freelancer. Here’s the email template she used to build a subscriber network of over 100,000 people.

I lowered my expenses

My first year as a freelance writer, I made less than $US20,000. I lived on this, plus unemployment, plus credit cards. It was rough.

To lower my expenses, I moved back in with an on-again, off-again boyfriend. The apartment was in my name, and he eventually moved out, leaving me with a super cheap living situation. I saved money in other ways as well. Rather than taking the subway, I’d walk from one gig to the next. I washed my clothes by hand in the bathtub. I skipped meals. I don’t recommend any of this to anyone. If you want to transition from full-time work to freelancing, have some savings, if you can. Otherwise, be prepared to make sacrifices.

I hustled harder than ever

When you think freelancer, you might picture Carrie Bradshaw scribbling down her most intimate thoughts on life and love, in between extravagant shopping trips and lunch dates with the girls. Especially in a slow economy, some people hear freelancer and think “unemployed.”

In truth, freelancing is hard work.

I pitch literally hundreds of story ideas each year. I sell maybe a dozen. In the beginning, most articles sold for $US100- $US200 a piece. I was single and child-free then, and so I worked all the time and was always available to respond to a news peg. Side gigs â€” more than writing â€” paid my bills. These days, my rate has gone up significantly â€” good thing too, because as a mum of two I’ve got a lot less time on my hands.

You can earn a decent income from writing alone if you have the time and ability to hustle, or once you have some experience. The year before I got married and became pregnant, I think I made around $US60,000 â€” just under what I’d earned as a public school teacher. This year, I’ll make about half that, in only a quarter of the time.

Over a decade later, I still miss public school teaching. I loved my profession and I sometimes wish I had a “real” job â€” and then I remember: I do.