Actually, it would be pretty easy for Meghan Markle and Prince Harry to build a billion-dollar brand 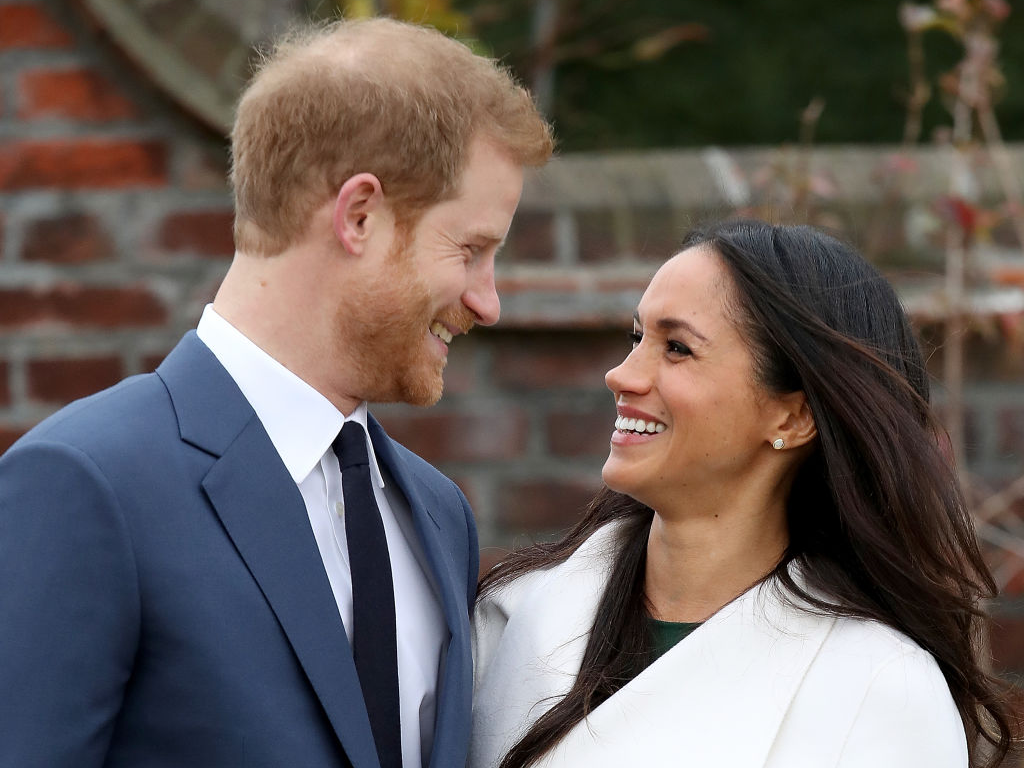 The Queen issued a rare personal statement on January 13 addressing the news that Prince Harry and Meghan Markle would be taking a step back from royal life: “My family and I are entirely supportive of Harry and Meghan’s desire to create a new life as a young family. Although we would have preferred them to remain full-time working Members of the Royal Family, we respect and understand their wish to live a more independent life as a family while remaining a valued part of my family.”

Part of that “more independent life” would involve funding their own lavish lifestyle rather than depending on the money from a sovereign grant.

“Harry and Meghan have made clear that they do not want to be reliant on public funds in their new lives,” the Queen said.

In another statement made January 18, the Queen announced Buckingham Palace had come to an agreement with the Duke and Duchess of Sussex, determining the specifics of their stepping down.

“I want to thank them for all their dedicated work across this country, the Commonwealth and beyond, and am particularly proud of how Meghan has so quickly become one of the family,” the statement read. “It is my whole family’s hope that today’s agreement allows them to start building a happy and peaceful new life.”

A companion statement released by Buckingham Palace shared some terms of that agreement, which noted the couple would cease using their royal titles, step back from official military appointments, and will no longer receive public funds for royal duties.

The duo will be expected, Buckingham Palace said, to pay back the Sovereign Grant they used to renovate Frogmore Cottage, the residence that will remain Harry and Meghan’s home in the UK – though having laid off their UK staff and shuttered their Buckingham Palace office, it’s unclear whether (or how often) they will be in the country at all.

Ultimately, it would probably be relatively easy for the couple to support themselves. They could maybe even build a billion–dollar brand in the process.

David Haigh, the CEO of Brand Finance, an independent brand-evaluation consultancy firm in London, told WWD’s Rosemary Feitelberg on January 12 that he would be surprised if Harry and Meghan couldn’t leverage their celebrity into a billion-dollar brand. He even cited Kylie Jenner’s billion-dollar cosmetics company as a replicable position for the royal couple.

From book deals and speaking-engagement opportunities to branded merch, Prince Harry and Meghan Markle are poised to build an empire

Kristen Meinzer, a royal commentator and author, told Business Insider’s Taylor Nicole Rogers that the royal couple has “great earning potential” when it comes to book deals and speaking engagements. She compared their popularity to that of Barack and Michelle Obama and said the value of their book offers would likely be in the neighbourhood of the Obamas’ $US60 million advance for their 2017 memoirs.

WWD’s Feitelberg also reported that 100 trademarks were secured last year covering a wide variety of Sussex Royal branded apparel and other merchandise, but those applications covered use of the trademarks only within the UK.

Haigh posited that those trademarks were originally “defensive,” i.e., filed so that others couldn’t profit off their name. The Guardian reported that a global trademark application was submitted to the World Intellectual Property Organisation in December seeking to register the Sussex Royal brand in Australia, Canada, the European Union, and the US. The international filings mention items and services including stationery paper and the “organising and conducting of emotional support groups,” according to The Guardian.

“It’s noticeable that every time [Meghan] dotes a particular clothing brand or wears anything, they instantly crash the websites and sell out,” Haigh told WWD, suggesting that any Sussex-branded goods would surely sell well and any future fashion collaborations would too.

Other opportunities could include leveraging their celebrity status on Instagram

Fame sells. Haigh said the pair’s 2018 wedding gave a billion-pound boost to the British economy and brought in an additional 3 million tourists to the UK.

The marketing platform Inzpire.me, which connects brands like Coca-Cola and UNICEF with potential influencer partners, told Business Insider that Harry and Meghan could expect to earn as much as $US105,000 per singular sponsored Instagram post, should they choose to monetise their social-media presence. The estimate is based on the engagement rate of the pair’s @sussexroyal Instagram account – which saw 190,000 new followers in the 24 hours after their initial statement in January, more new followers than the account gains in a typical month.

Inzpire.me’s cofounder Marie Mostad suggested that Instagram influencing may not be far off for Meghan and Harry, adding that their initial Instagram announcement in and of itself was “a big departure” from the way royal news is typically announced. “This may be the first of many modernizations we see in the royal family,” she said.

Rogers previously reported for Business Insider that other royal experts didn’t expect the couple to hit peak millennial and fully commit to an Instagram side hustle. It’s just one of the many lucrative options to grow their brand.

It appears the couple has already started in their pursuit of private work.

Meghan’s first project after leaving the royal family will be a reportedly unpaid voiceover role in a new movie, “Elephant,” which will be available on Disney+ on April 3.

While it is unlikely that she will return to acting as a full-time gig, reports surfaced she signed the voice-over deal with Disney in January. While neither the royals nor Disney ever confirmed the news, The Times of London reported that “payment” for the deal took the form of Disney making a direct donation to Elephants Without Borders, emphasising the couple’s commitment to using their celebrity for philanthropy and not personal profit.

It’s thought that Meghan signed on to narrate “Elephant” before officially resigning from the royal family. Prince Harry was reportedly overheard telling director Jon Favreau that Meghan was available for voiceover work when the royal pair attended “The Lion King” premiere back in July.

Separately, in February, the pair made an appearance at a JPMorgan event in Miami, which a palace representative confirmed to Insider’s Darcy Schild. Harry made a speech regarding mental health, but it’s unclear whether it was a paid appearance.

The Mirror also reported that Harry has taken meetings with Goldman Sachs, but it is similarly unclear whether or not he’s been (or will be) paid by the company.

If these potentially lucrative deals go through before Harry and Meghan stop receiving public funds, it could breach the terms of “Megxit.”

“The agreement with the Queen technically starts in the spring,” Richard Fitzwilliams, a royal commentator told Business Insider’s Mikhaila Friel. “It is not known whether they were paid for their JPMorgan appearance, but obviously this area is where their future lies,” he explained.

“Connections with Goldman Sachs are likewise likely to be lucrative as the couple are obviously keen not to have to rely on Charles for their funding and also to build their Sussex Royal brand into one of the world’s most successful, and heighten their profile as charitable activists as well,” Fitzwilliams added.

Charity will surely take centre stage in the global brand Harry and Meghan are poised to build – their initial statement included a callout to the future launch of their “new charitable entity,” and their philanthropic causes have been a focal point of their work as “senior royals” in the past.