Trump's extension of student-loan relief may help some people, but it's so vague even his own education department is awaiting more guidance 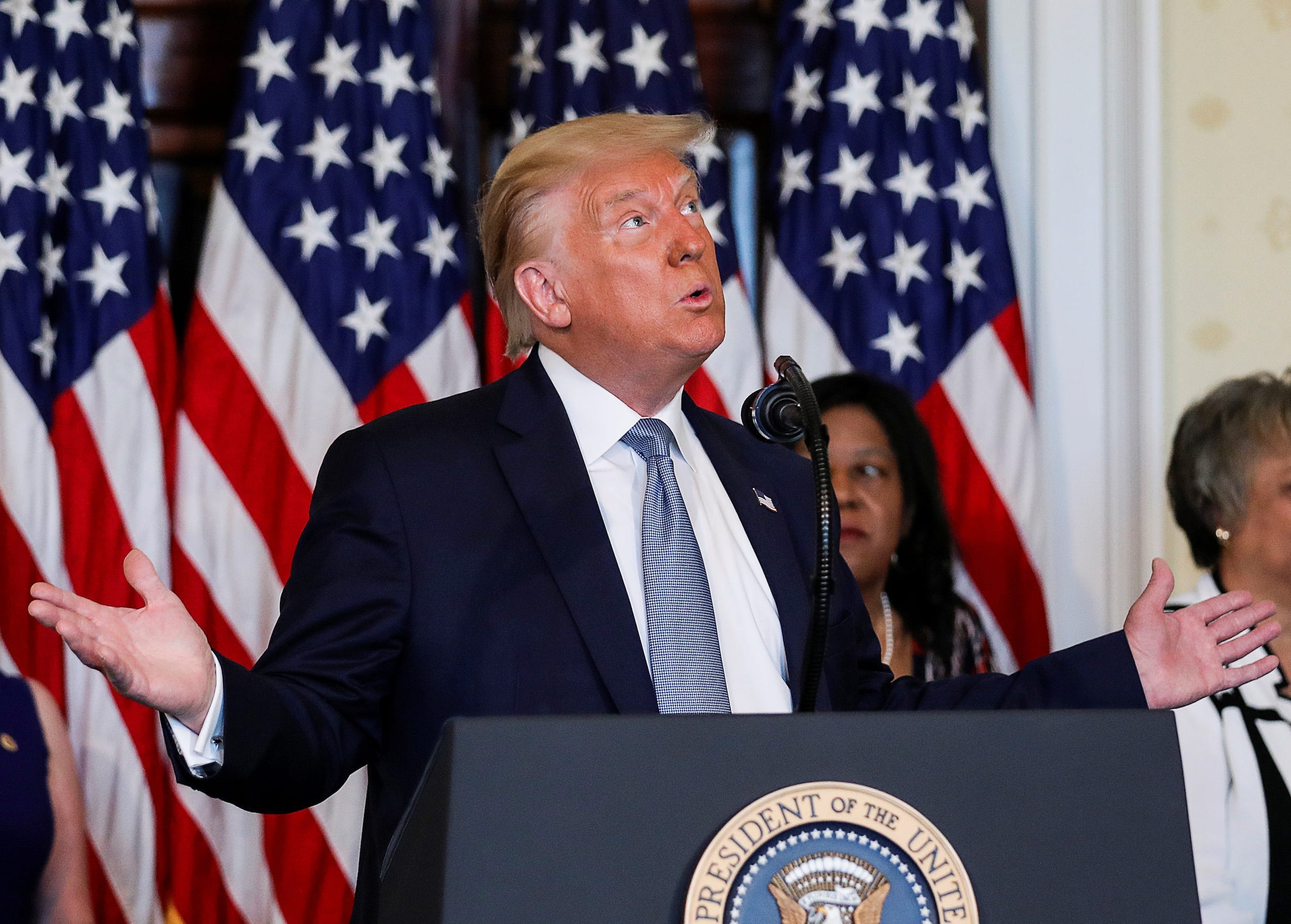 On August 8, he issued a memorandum ordering an extension of the current 0% interest rate and payment pause for federal student-loan debt borrowers until December 31. It was one of four executive actions (only one of which was a full-fledged executive order) that Trump signed as talks collapsed for another congressional stimulus package.

The CARES Act, the $US2.2 trillion stimulus package passed in March, provided student-loan relief until September 30. Under the CARES Act, payments, interest, and collections on government-held student loans were suspended.

Trump’s presidential memorandum is similar, but “the devil is in the details,” Kyra Taylor, attorney at National Consumer Law Centre, told Business Insider. The move is potentially good for some borrowers, she said, but it doesn’t extend all of the CARES Act relief and leaves many unanswered questions.

“Currently, many Americans remain unemployed due to the COVID-19 pandemic, and many more have accepted lower wages and reduced hours while states and localities continue to impose social distancing measures,” Trump wrote in the memo. “It is therefore appropriate to extend this policy until such time that the economy has stabilised, schools have re-opened, and the crisis brought on by the COVID-19 pandemic has subsided.”

Here’s what we know

Here’s what we don’t know

What it all means

Many student-loan advocates have criticised the memorandum for being vague and not making enough of a long-term difference.Business Insider’s Rebecca Harrington reported that Trump’s executive action, along with the three other executive actions he took, might not do all that much because they will be so hard to implement.

Attorney Adam S. Minsky wrote that this action rejected the Democrats’ proposal for a 12-month extension of the CARES Act’s student loan provisions, as well as expanded provisions for the borrowers left out of this relief and loan forgiveness for financially distressed borrowers.

A better action, Taylor said, would have been broad-based debt cancellation. “At a bare minimum, [we] should have been extending all of the relief that the CARES Act provided to all federal student loan borrowers,” she said.

Frotman, of the SBPC, also said the move wasn’t enough. “The president’s action on student debt falls short of what Americans need to stay afloat through this unprecedented health and economic crisis,” he said. “Pausing payments will only kick the can down the road for borrowers facing job loss and financial upheaval – including millions who were in distress before the pandemic.”

Taylor advises borrowers to keep an eye out for more details on the DOE website to see if they have to opt in for the relief and to verify that their interest won’t accrue during the suspension period.

“There’s too much that we don’t know,” Taylor said. “So folks can’t assume what’s coming next in terms of their student loans.”