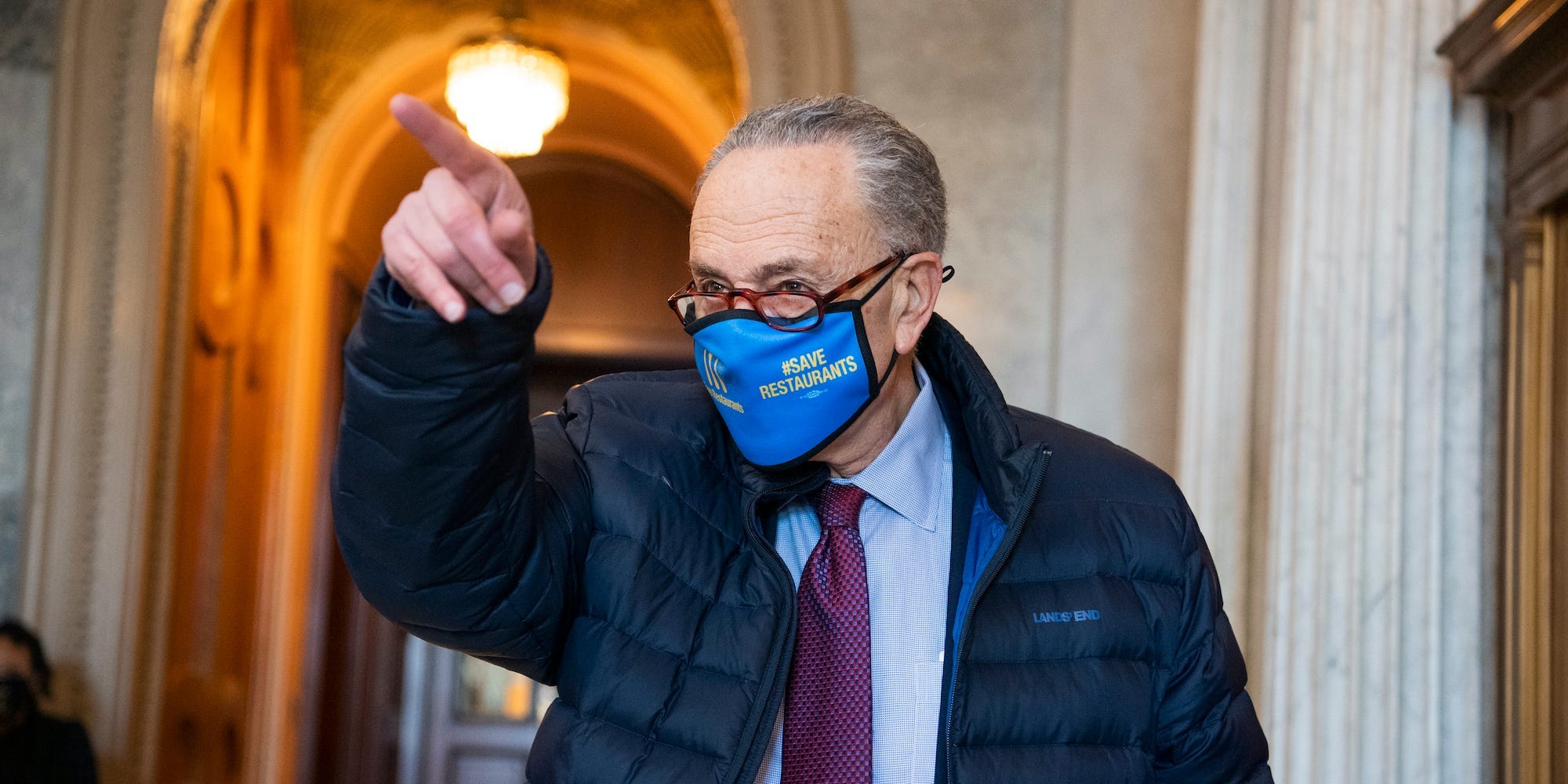 Democrats tried and failed to raise the federal minimum wage as they muscled the $US1.9 ($3) trillion stimulus law through Congress. But two left-leaning economists say they’ve figured out a way it could pass the Senate with just 51 votes, just as the stimulus did.

Emmanuel Saez and Gabriel Zucman, economists from the University of California, Berkeley, propose setting up an hourly pay increase through the tax code. They say that would clear budget reconciliation, the process Democrats used to approve President Joe Biden’s stimulus package without Republican votes.

Democrats are still huddling to figure out how to muscle an increase through, and Sen. Bernie Sanders has vowed to get it done, so is this approach realistic? “A direct minimum wage increase would be even simpler and hence preferable in principle,” Saez and Zucman write in their report, but nevertheless they say it provides a solution.

Essentially, the economists are proposing a tax on the gap between what employers pay and what lawmakers believe they should ultimately be paying – called an “aspirational living wage.” Lawmakers would decide on this amount; perhaps it’s $US15 ($20) an hour like progressives have been pushing for or a smaller amount.

The tax the employer is paying would go right back to the worker as a refundable tax credit (which they’d ideally get immediately in a paycheck). It could also mimic the incremental increase structure from policies like the Raise the Wage Act, with employers measured against a different percentage of the aspirational living wage each year.

“Our point is that minimum wage policy can be translated into tax policy with little loss,” they wrote. “Therefore, the US Senate cannot hide behind reconciliation rules to block it.”

But some legislators are still divided

Democrats are split on the path ahead for a minimum wage increase. The moderate Sen. Joe Manchin of West Virginia favors raising it to $US11 ($14) an hour within two years, indexed to inflation.

A group of Senate Democrats met this week to chart a path forward on the minimum wage. They included Manchin and six other moderates who voted against its inclusion earlier this month: Chris Coons of Delaware; Kyrsten Sinema of Arizona; Jeanne Shaheen of New Hampshire; Maggie Hassan of New Hampshire; Tom Carper of Delaware; and Jon Tester of Montana.

Schumer said at his weekly press conference on Thursday there were still “differing views” on the minimum wage. The group appears no closer to striking an agreement.

“It was a first meeting. It didn’t resolve everything, but it gave me hope that we might be able to come to an agreement,” the New York Democrat said.

Insider reached out to the 11 Democratic lawmakers who attended the meeting to gauge their support for raising the wage through the tax code. Ten didn’t respond. A spokesperson for Sanders directed Insider to a recent tweet.

“We’ve taken the first step in addressing the emergency situation facing working families. Now we’ve got to deal with our long-term structural problems,” Sanders said. “I hope Republicans join us, but if they don’t we must use our majority to get it done.”

Sanders and Wyden piloted a plan B for a wage increase, seeking to impose tax penalties on large corporations that paid workers below an undefined hourly amount. The pair ultimately ditched it in early March as Democrats raced to approve the law ahead of the expiration of federal unemployment programs.