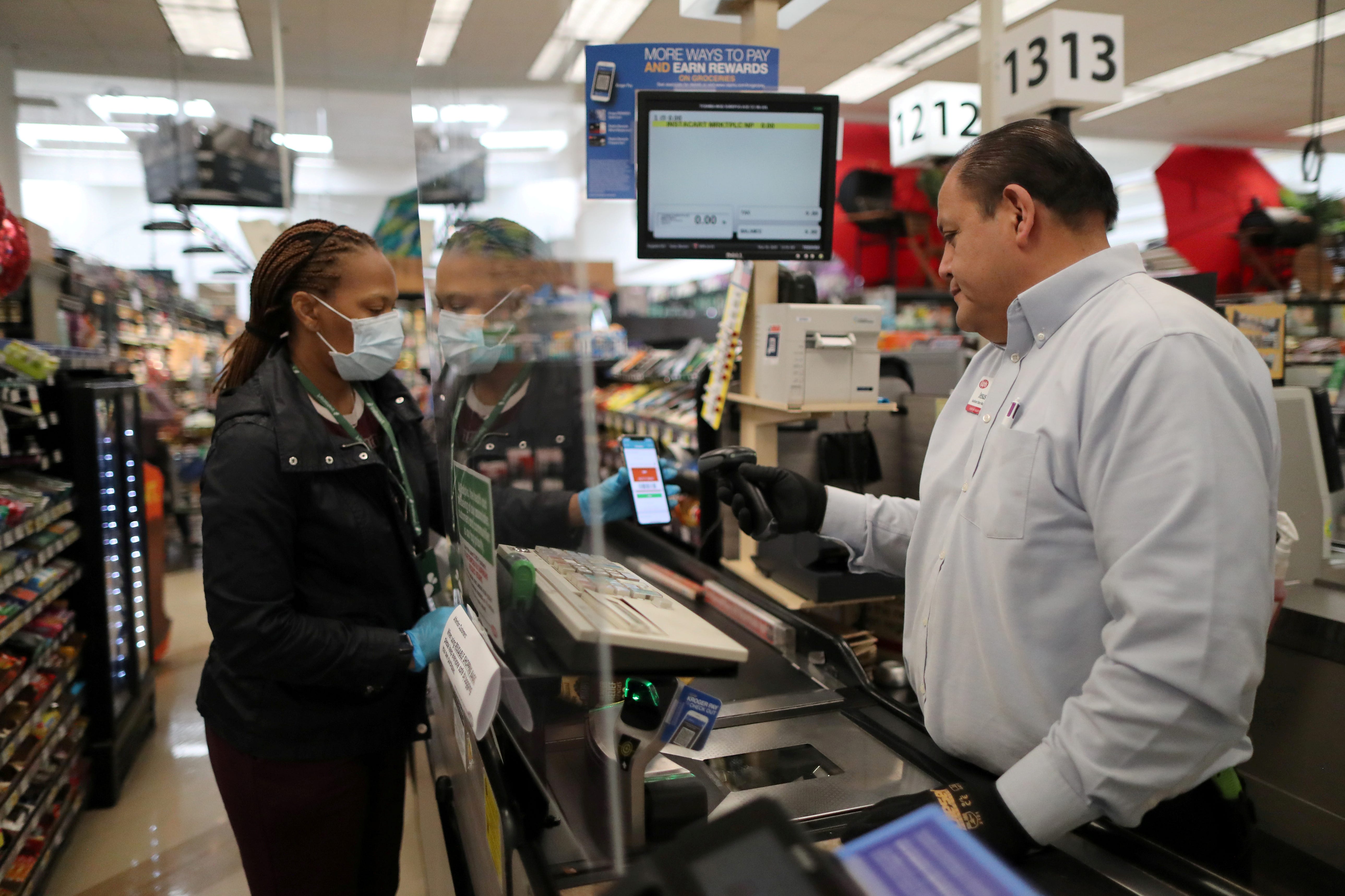 Lucy Nicholson/ReutersA new plexiglass barrier at a grocery store in California on March 30.

As researchers race to study the coronavirus, an important question continues to be debated: To what extent can it spread through the air?

Scientists agree that the virus, which has infected nearly 2 million people worldwide, is primarily transmitted through droplets – particles larger than 5 micrometres – when an infected person coughs, sneezes, or speaks.

Those droplets fly through the air before landing on another person, of course. But scientists still aren’t sure to which degree a cloud of tiny viral particles – known as aerosols (these are smaller than droplets) – could linger in the air and infect the next person who walks through the same space. This is known as airborne transmission; the measles virus can spread that way, living for up to two hours in an airspace where an infected person coughed or sneezed.

But the World Health Organisation has said that’s not the case for the coronavirus.

However, several recent studies have identified live coronavirus particles in the air.

Research published Monday in the journal Nature found high concentrations of live virus in the air in and around two hospitals in Wuhan, China. The study showed viral particles were present in air samples from patients’ toilet areas, in rooms where healthcare workers removed their protective equipment, and in two crowded public places near the hospitals.

The Centres for Disease Control and Prevention also says that certain hospital procedures, like intubating a patient, “could generate infectious aerosols.” A recent CDC study found that the coronavirus could travel up to 13 feet (4 meters) as an aerosol in hospital settings. 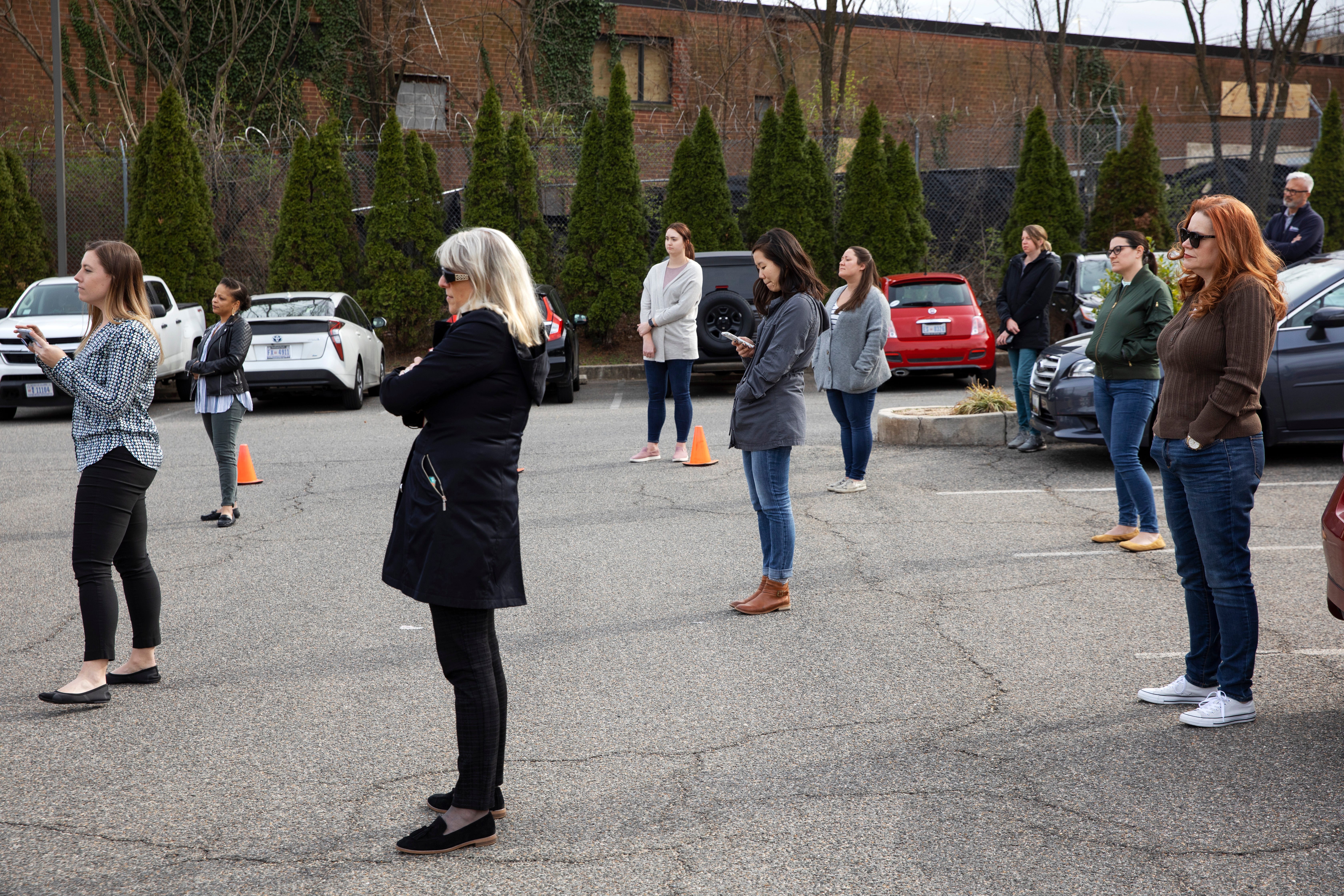 AP Photo/Jacquelyn MartinStaff of ‘Food and Friends,’ a food-distribution service for people with life-challenging illnesses, practice social distancing as they listen to District of Columbia Mayor Muriel Bowser speak about the city’s response to the coronavirus, March 16, 2020.

The main difference between droplets and aerosols is that the former are heavy and large, so they can’t stay aloft for long. The latter, called droplet nuclei by WHO, are smaller than 5 micrometres.

An aerosolised form of the virus “means the drop doesn’t go down right away; it hangs around for a bit,” Dr. Anthony Fauci, director of the National Institute of Allergy and Infectious Diseases, said on a recent episode of “The Daily Show.” “So you could come into a room thinking everything’s all right and then you inhale it.”

A recent study from the National Institutes of Health found that coronavirus particles could in aerosol form for up to three hours. But the researchers used a high-powered machine to produce the aerosols, so they likely weren’t identical to those produced by coughs.

Linsey Marr, an expert on aerosol transmission at Virginia Tech, also told The New York Times in March that in general, an aerosol released at a height of about 6 feet should fall to the ground after 34 minutes. Plus, she added, the amount of the virus that lingers in the air as an aerosol is likely too small to infect someone anyway.

“It sounds scary,” Marr said. “But unless you’re close to someone, the amount you’ve been exposed to is very low.”

Fauci has also repeatedly noted that aerosol transmission is not the primary way the coronavirus spreads. 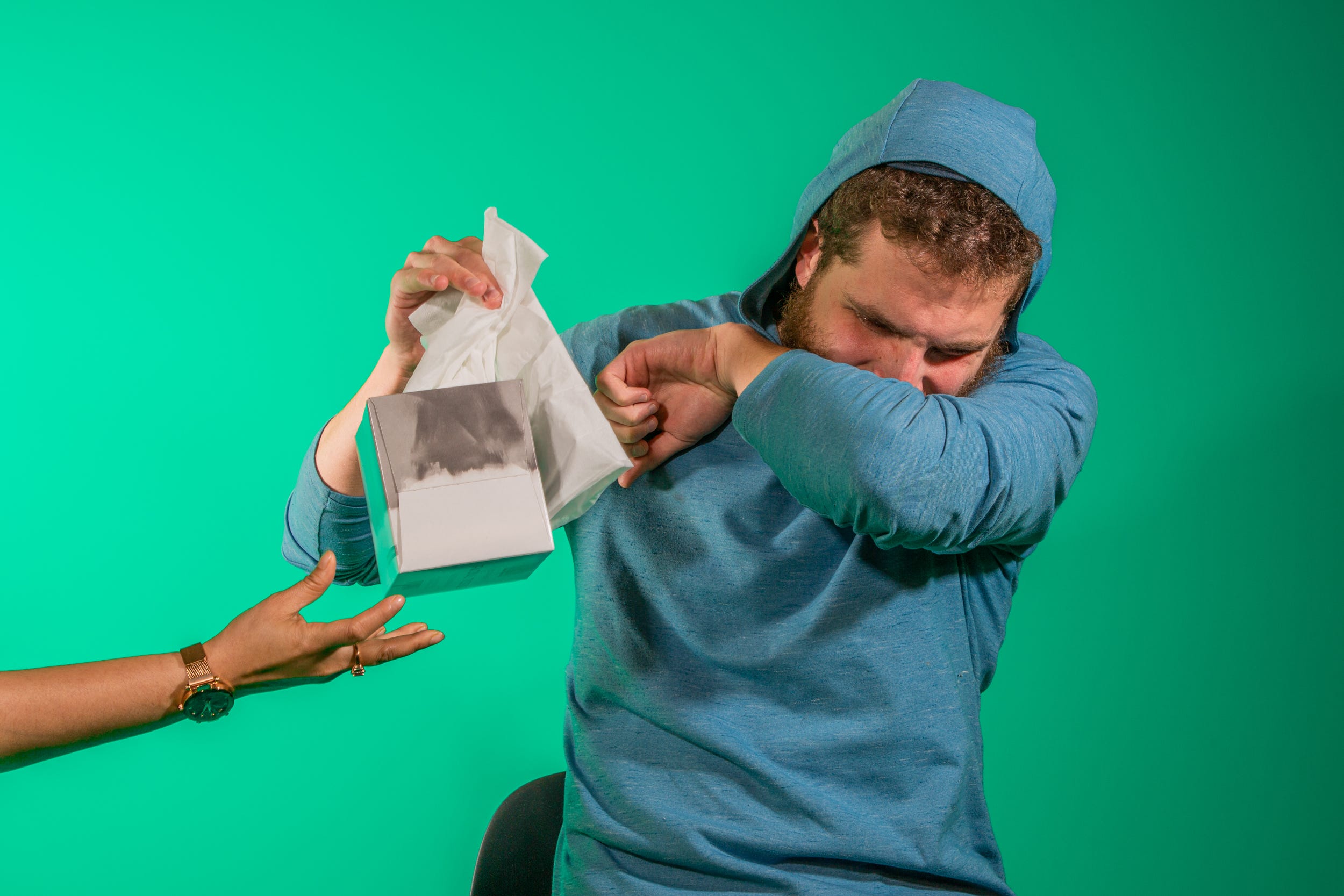 Some researchers are calling for the semantics about droplets and aerosols to be swept aside entirely, however, to avoid confusion and better inform public-health responses to the pandemic.

“I think the WHO is being irresponsible in giving out that information,” Donald Milton, an infectious-disease aerobiologist at the University of Maryland, told NPR in March.

He added: “The epidemiologists say if it’s ‘close contact,’ then it’s not airborne. That’s baloney.”

The authors of the Nature study took samples from the air in 31 locations across two Wuhan hospitals during February and March. They found that the virus was most highly concentrated in the air within the 9-square-foot toilet areas in patients’ rooms, which were not ventilated. The amount of virus in the air in ventilated patient wards, however, was very low, a difference the authors attributed to the proper circulation of air. 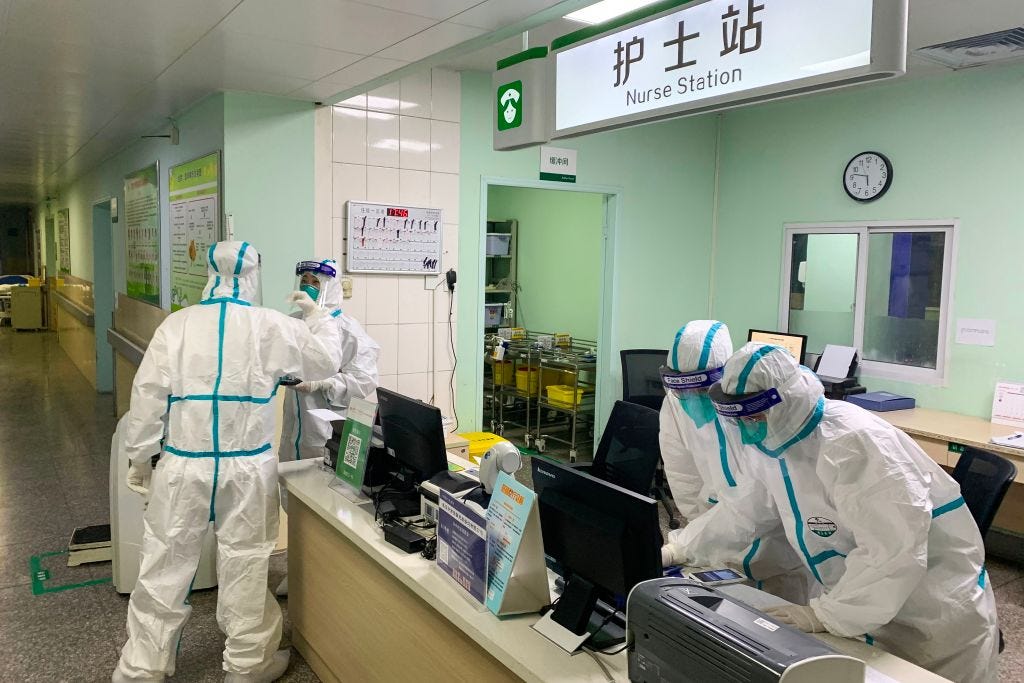 The researchers also found live virus in air sampled in two outdoor locations near the hospitals: within 3 feet of a nearby department store entrance, and in a public area through which crowds, including hospital outpatients, crossed to exit.

“The findings suggested the toilet use by and crowd gathering with COVID-19 infected individuals are non-negligible sources of airborne SARS-CoV-2,” the authors wrote.

William Schaffner, a professor of preventive medicine and infectious diseases at Vanderbilt University, told Business Insider that coronavirus particles could also potentially linger in a small space like an elevator, which lacks ventilation.

“In such a tightly enclosed space without vigorous air movement for a short period of time, I’m afraid you might be exposed,” he said.

But that’s different than, say, a supermarket, which is fairly large, well ventilated, and has air moving freely.

“The kinds of transient encounters walking up and down the aisle picking up peaches, not really hazardous,” Schaffner said.

The new Nature study found that particles of the virus were especially concentrated in the air in areas where medical staff took off their protective equipment. The authors suggested these aerosols could become resuspended in the air when this equipment is removed.

Similarly, another study, which has not yet been peer-reviewed, found higher airborne concentrations of the virus in medical-staff areas in two other Chinese hospitals; these were also in places where doctors removed protective gear. The authors wrote that virus-laden aerosols were probably deposited on masks and gowns while the doctors worked, then sent back into the air when the staff shook those items as they stripped down.

“Surface sanitization of the apparel before they are taken off may also help reduce the infection risk for medical staff,” the authors wrote. 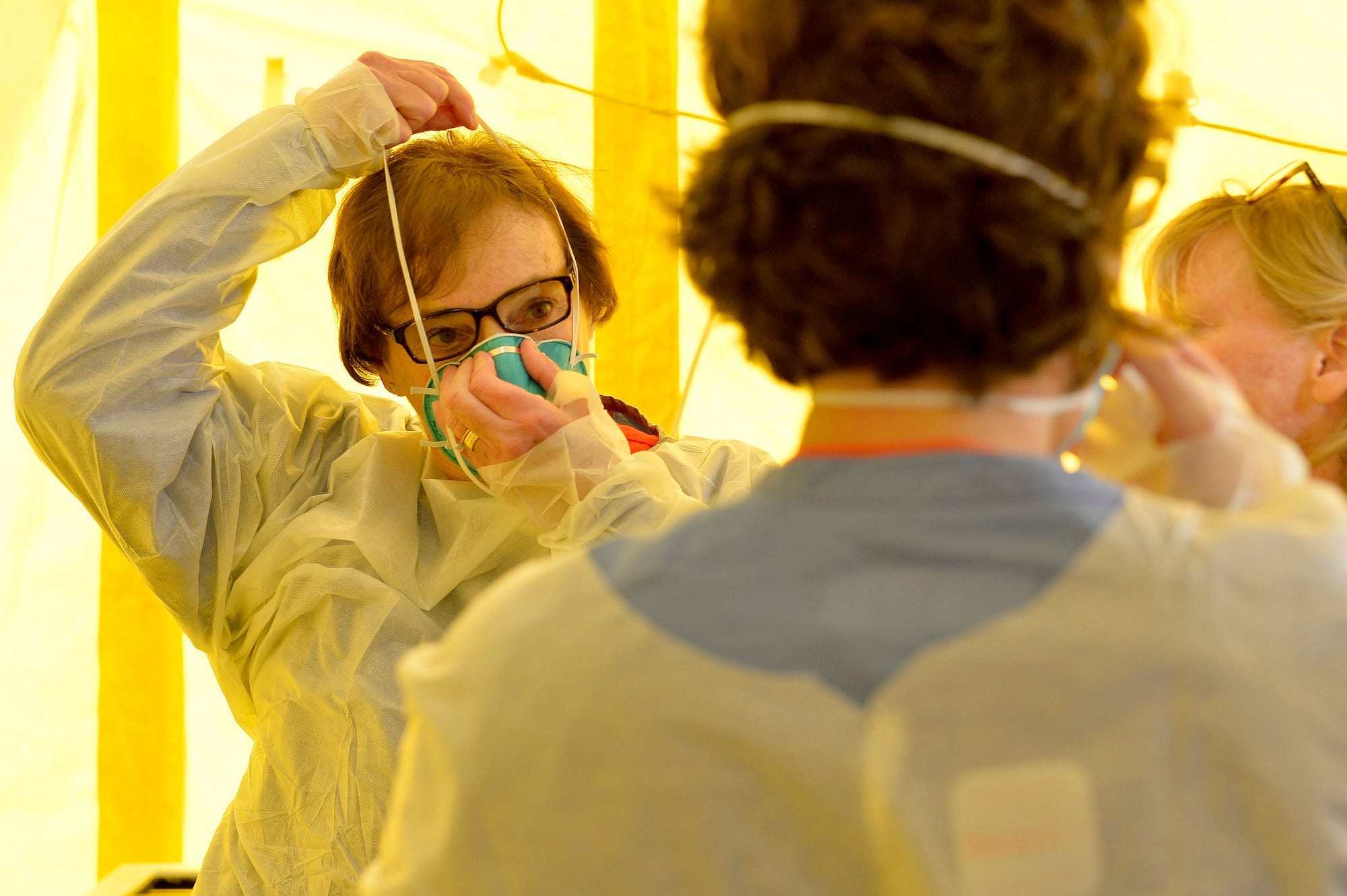 Joseph Prezioso/Contributor/Getty ImagesHospital clinicians get into protective equipment before testing patients for the coronavirus at Newton-Wellesley Hospital in Newton, Massachusetts on March 18, 2020.

The researchers found low levels of the coronavirus in the air in patients’ rooms as well, and a CDC study also reported that particles of the coronavirus were “widely distributed in the air and on object surfaces” in the intensive-care unit and general ward of the Huoshenshan Hospital in Wuhan, China. The researchers identified live coronavirus in 35% of samples taken from the air in the ICU, and in 12.5% of the samples taken from the air in the general ward between February 19 and March 2.

In the US, meanwhile, scientists also detected the virus in the air outside patients’ rooms at the University of Nebraska Medical Centre. 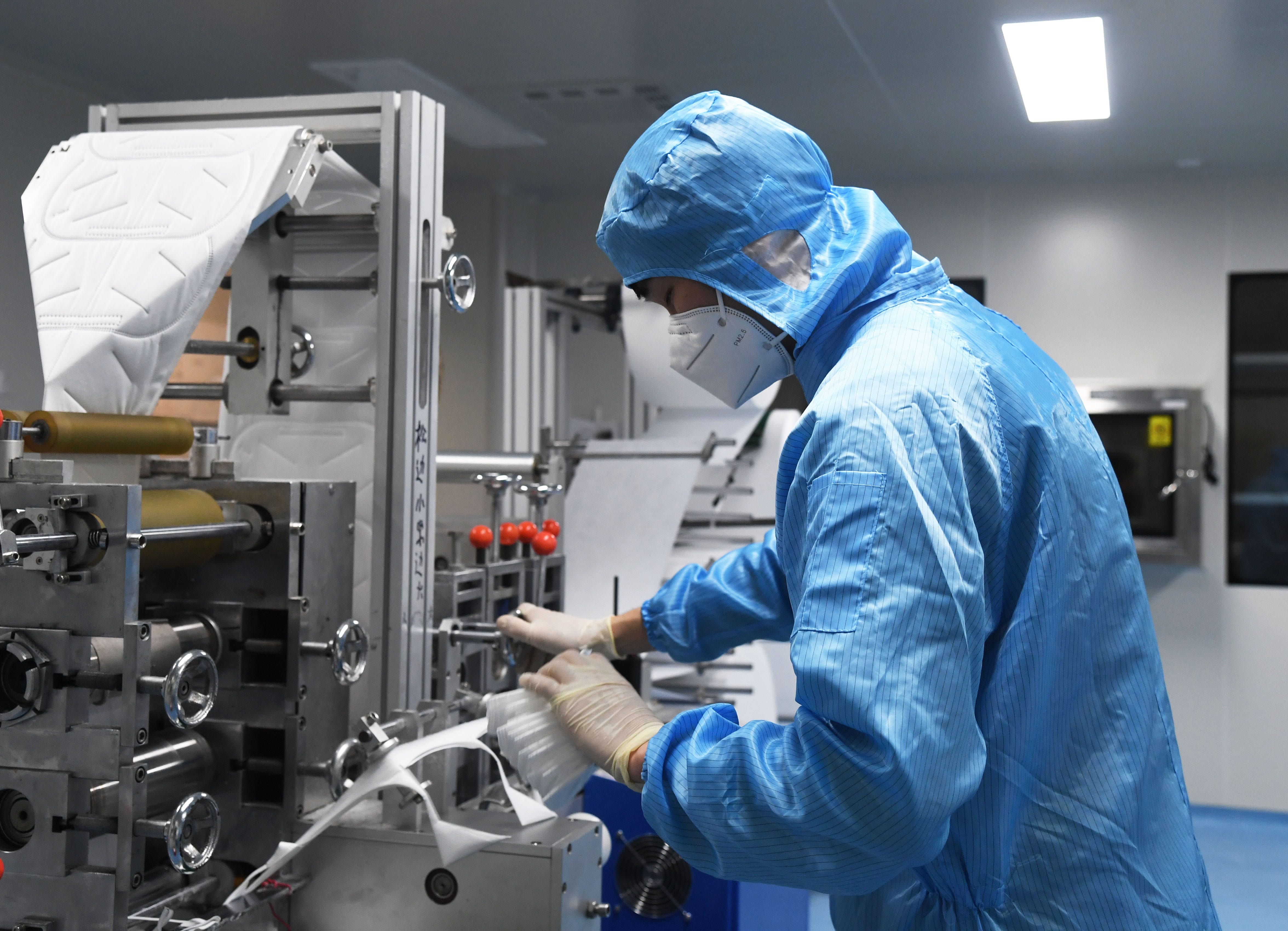 Healthcare workers are exposed to higher concentrations of the virus, especially during procedures like putting coronavirus patients on ventilators. In those cases, doctors insert a tube into a patient’s airway, likely generating infectious aerosols.

“If you think you’re doing aerosolizing procedures in a healthcare setting, don’t use your surgical mask. Use an N95,” Schaffner said. (N95 masks filter out airborne aerosols larger than 0.3 microns.)

How far can the virus travel in the air?

Although 6 feet is the distance the CDC considers adequate for social distancing, some research has found that the coronavirus could travel farther than that.

“Vigorous coughing or sneezing, during which a patient gives their exhalation more energy, can send their microscopic particles beyond the 2-foot to 6-foot range,” Schaffner said.

The CDC study echoed that conclusion, stating that “the maximum transmission distance of SARS-CoV-2 aerosol might be 13 feet (4 meters).” 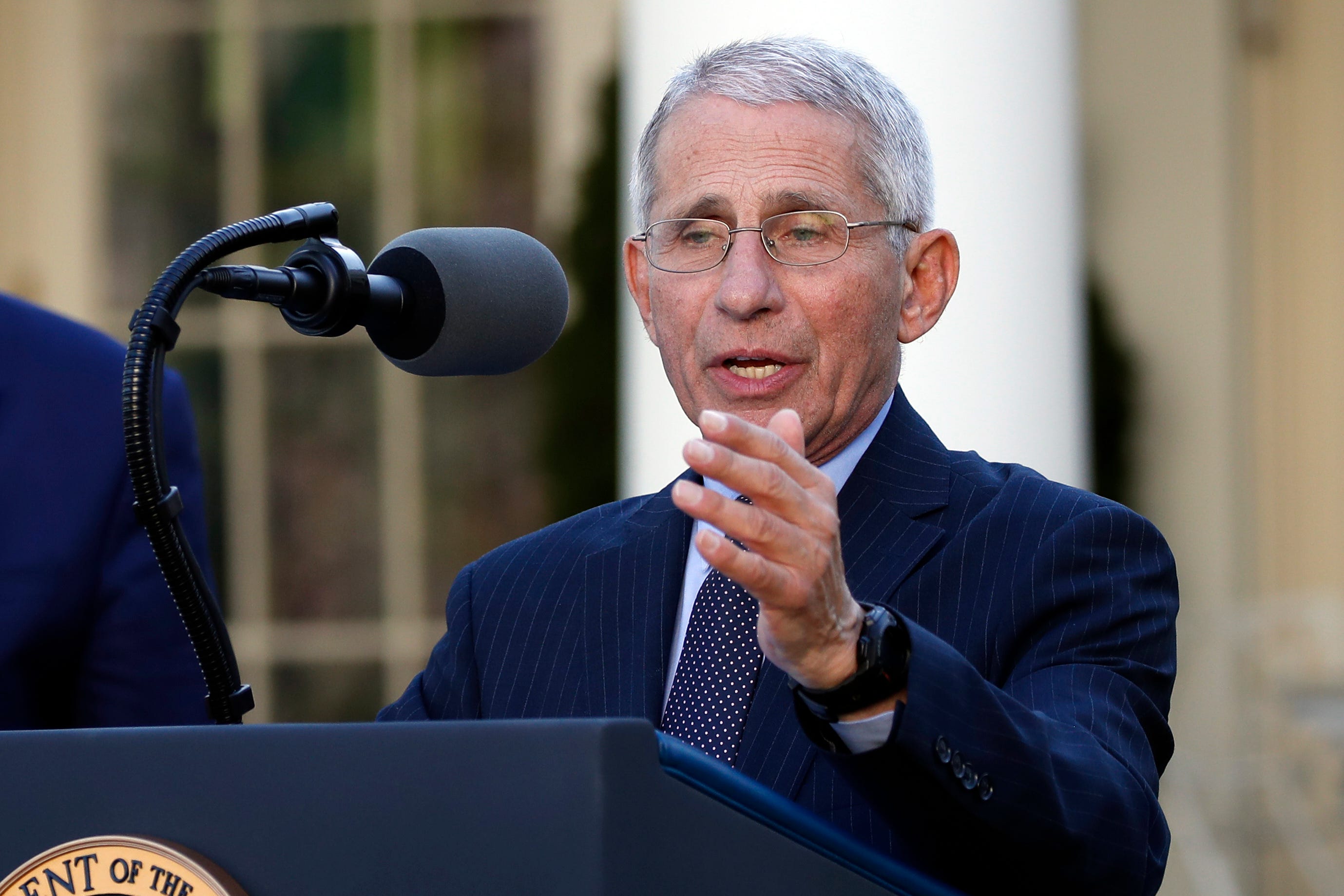 A March study found that someone coughing or sneezing could emit particles that travel even farther: “The gas cloud and its payload of pathogen-bearing droplets of all sizes can travel 23 to 27 feet,” the authors wrote.

But Fauci called that study “terribly misleading” – only “a very, very vigorous, robust, ‘achoo’ sneeze” would send droplets travelling that far, Fauci said during the a White House briefing on March 31.