The coronavirus pandemic is forcing car dealers to change the way they sell and deliver vehicles. But not everybody knows how to do it successfully. 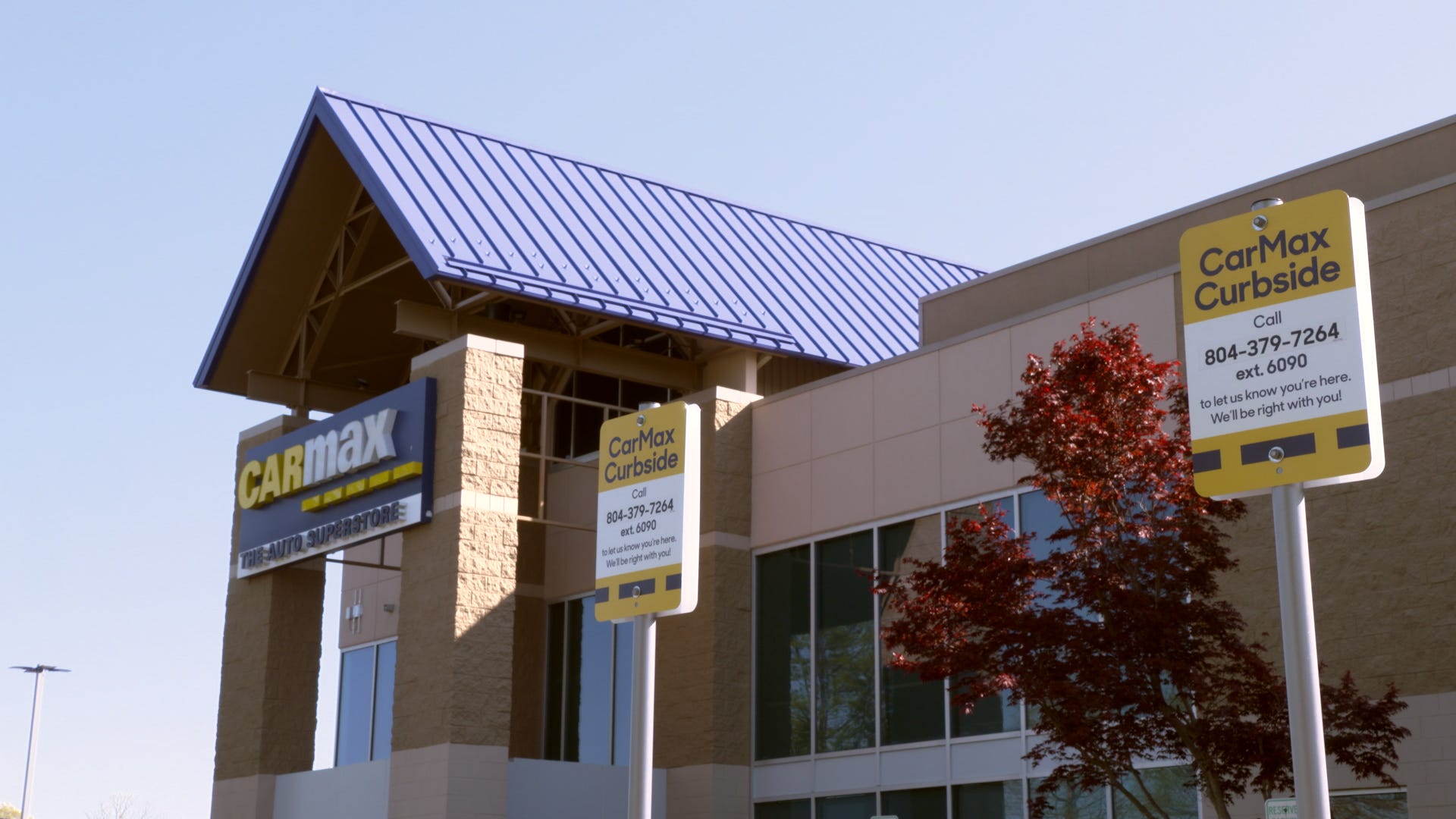 Weekends are usually a busy time at car dealerships, with customers using their days off to shop for and often buy or lease new and used vehicles.

Over the past five years, motivated shoppers have pushed the market to record highs: since 2015, 17 million or more cars, SUVs, and pickup trucks have rolled off dealer lots and into customers’ driveways and parking spaces. A combination of favourable credit conditions, extended loan terms, and the popularity of large SUVs and full-size pickups has filled the automakers’ coffers; since 2010, fresh off bankruptcy, General Motors alone has booked around $US100 billion in profits.

The COVID-19 pandemic has brought a drastic end to the boom. The carmakers are scrambling to bolster their balance sheets as they have shut down all North American and European production. And car dealers are hustling to figure out how to safely sell and service vehicles while showrooms are closed in most US states.

Selling cars online seems like a no-brainer, given that people now use e-commerce to purchase everything from washing machines to groceries. Younger consumers have grown up in a one-click-to-buy world; Amazon has remade the retailing landscape.

But car dealers – despite some experiments over the past few years and the arrival of some startups, including Tesla – have clung to the old ways.

Necessity has broken down resistance 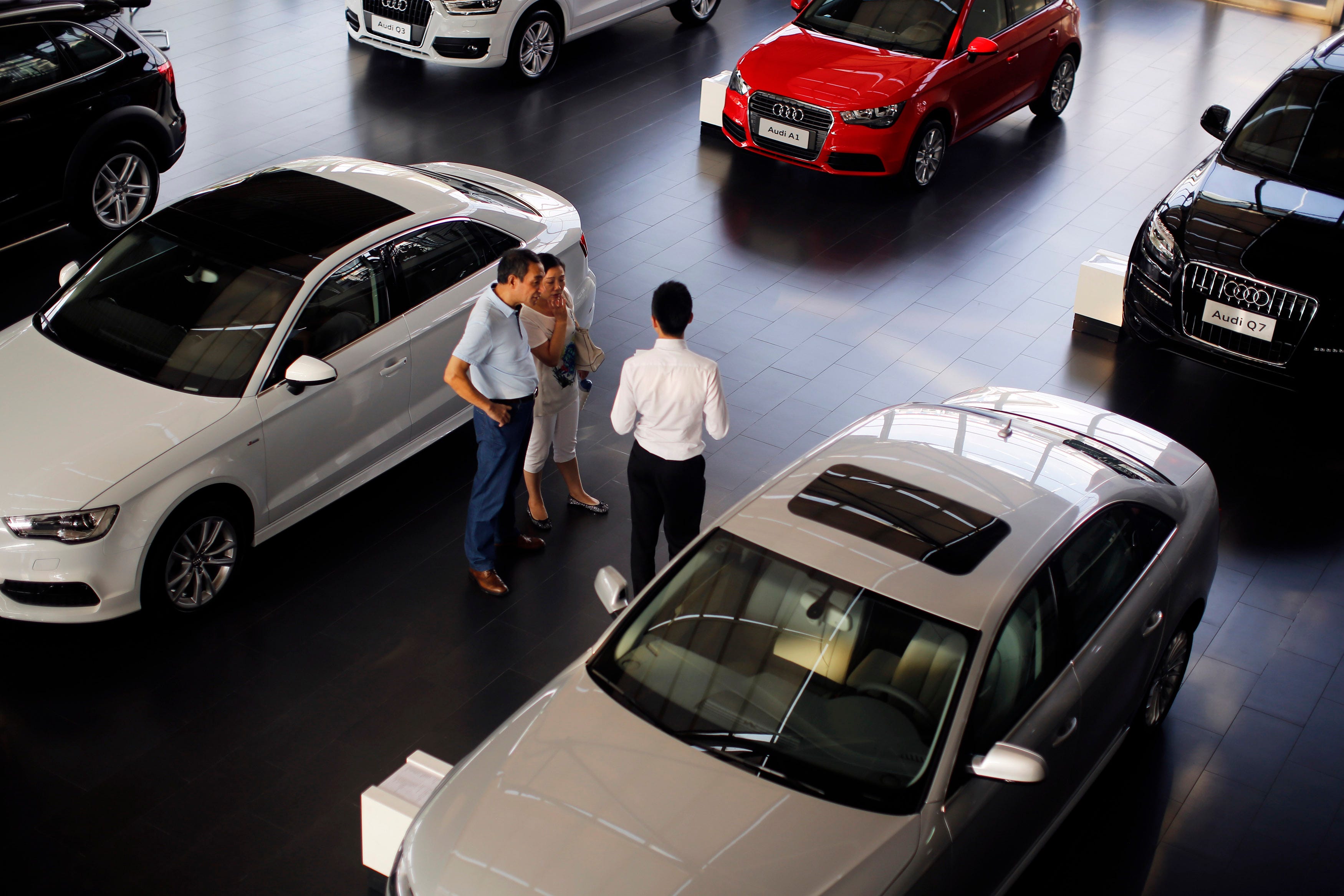 REUTERS/Carlos BarriaFace-to-face transactions are a problem in the pandemic.

“There was a small rate of adoption before the coronavirus,” said Karl Brauer, senior director of content and executive publisher for Cox Automotive, where he manages editorial for Autotrader and Kelley Blue Book. “And then a pandemic hit. Suddenly, that wasn’t a bizarre option for dealers.”

Dealers’ digital sluggishness was a consequence of how the business is set up in the US. The major automakers wholesales vehicles to dealers, often providing what’s known in the industry as “floor-plan financing” to cover the short-term costs of inventory. The dealers themselves operate under state franchise laws; they’re either independent business, often family-owned by multiple generations, or they’re part of big national dealer networks, such as AutoNation, Penske Automotive Group, and CarMax, which dominates the used-car market.

Tesla is a notable exception. The all-electric automaker uses a direct-sales model, where permitted by states.

The franchise-dealer model dates to early 20th century, and although automakers have sought to displace it, they haven’t succeeded. Almost all Americans buy and lease their new cars from a dealership, and they do it in-person. Despite vast changes in the rest of the commerce world, dealers still think that a consumer is more likely to do a deal if they’re physically on-site.

With that tradition now completely upended, a brave new world of car sales is taking shape.

“Approximately a year ago, we rolled out our omni-channel offering,” said Jim Lyski, CarMax’s chief marketing officer. “It’s a highly personalised car buying-experience that lets customers do as little or as much online as they like.”

He added, “A lot of consumers assume the only way to buy a car is to go to the dealership and spend hours in the finance office.”

CarMax, as the largest mega-dealer in the US, is right in the middle of the pandemic. The company operates in 41 states and is accordingly subject to many different definitions of what constitutes an essential or nonessential business, as well as varying rules about which of its retail showrooms it can keep open.

According to Lyski, 50% of CarMax’s stores are open, 30% are closed, and 20% are allowed to operate in limited fashion, either by appointment only or by using new curbside-pickup policy that the company rolled out in April.

Given how quickly the entire US economy and especially car dealerships have been forced to deal with a near-total dropoff in consumer activity under shelter-in-place order implemented since mid-March, the adaptation has been rocky.

“In the very early days, there was a lot of confusion,” Lyski said. “Consumer sentiment was negative.”

“Very early, some of our associates wanted to know what we could do to protect them,” he added. CarMax established a “distancing and disinfecting” protocol, sanitizing stores every day and cleaning high-touch surfaces, as well as sanitizing vehicles before and after test drives. The company also maintains six-feet of distance between showroom customers and employees, following federal guidelines.

“Our associates and customers are more comfortable now,” Lyski said.

Some of their comfort is a function of necessity. Cars need to be repaired, a fact that’s enabled dealerships to keep their service operations going, defined as essential by state governments. But Lyski noted that consumer attitudes are also changing.

On the service side, Lyski said that CarMax was actually conservative when shutdowns were initially ordered.

“We were told to close, and we didn’t argue about it. But after we spent some time talking to local health authorities, we opened up and implemented social distancing. In most service bays, workers are outside of six feet apart, and customers can drop off their vehicles and pick them up while also social distancing.” 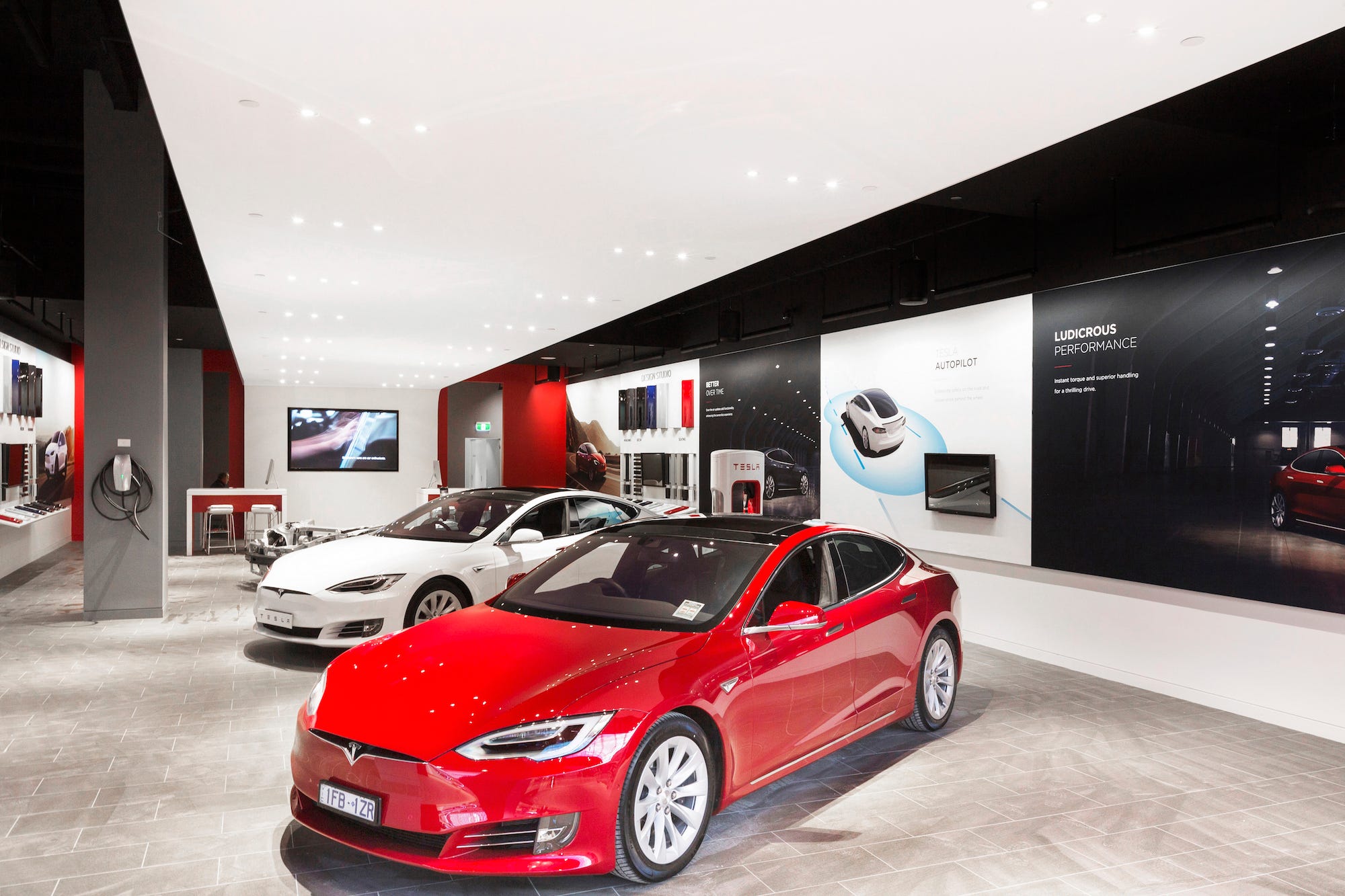 As much as CarMax has tried to turn a crisis into an opportunity, it’s been a struggle for other dealerships.

“If you didn’t get the customer on the lot and in the car, your ability to close the deal was greatly compromised,” he said. “And that’s an accurate appraisal for certain demographics. The idea that you’d buy a car online is tough for people of my dad’s generation. And dealer principals are also of that generation.”

Brauer argued that the most shocking thing about the pandemic was its speed. There was essentially no preparation to shutting everything down.

“Everyone is now kind of figuring out their new operations. They can’t be 100%, and they know 0% is a path to insolvency or bankruptcy. So they’re finding a middle ground, not making the profits they’d like, but mitigating the financial crisis that would occur if they did nothing.”

Some dealerships are getting cover from the automakers whose vehicles they sell. General Motors and Porsche are promoting shop-from-home programs, and many other carmakers are using the financing arms to offer good deals to prospective customers and support for economically stressed buyers and leasers.

Some new players have also found themselves in a good position, due to the way their operations have always been organised.

No turning back from the post-pandemic new normal

Carvana – a used-car dealer known for its “vending machine” deliveries – already had touchless sales in place before COVID-19.

With the pandemic, Carvana has been able to provide zero in-person contact, and it’s enhanced its relationship with Ally to support $US2-billion in digital financing for vehicles, along with a 90-day delay in making a first loan payment.

“The whole genesis of our business was to offer a broad selection at a fair price,” said CEO Ernie Garcia. “Our model is very well-situated for this moment.”

The big question is whether dealers will finally switch to a more 21st-century approach to selling cars when the pandemic is over – or revert to the old ways.

“The consumer’s behaviour has undoubtedly been changed in a lasting way,” CarMax’s Lyski said.

“I don’t forecast the dealership going away, but the consumer is going to demand that they be able to customise the experience, not be pressed into a dealership’s model. If you can’t do that, you aren’t going to be viable.”