If you voted early and changed your mind, you can switch your choice in several states — here's how 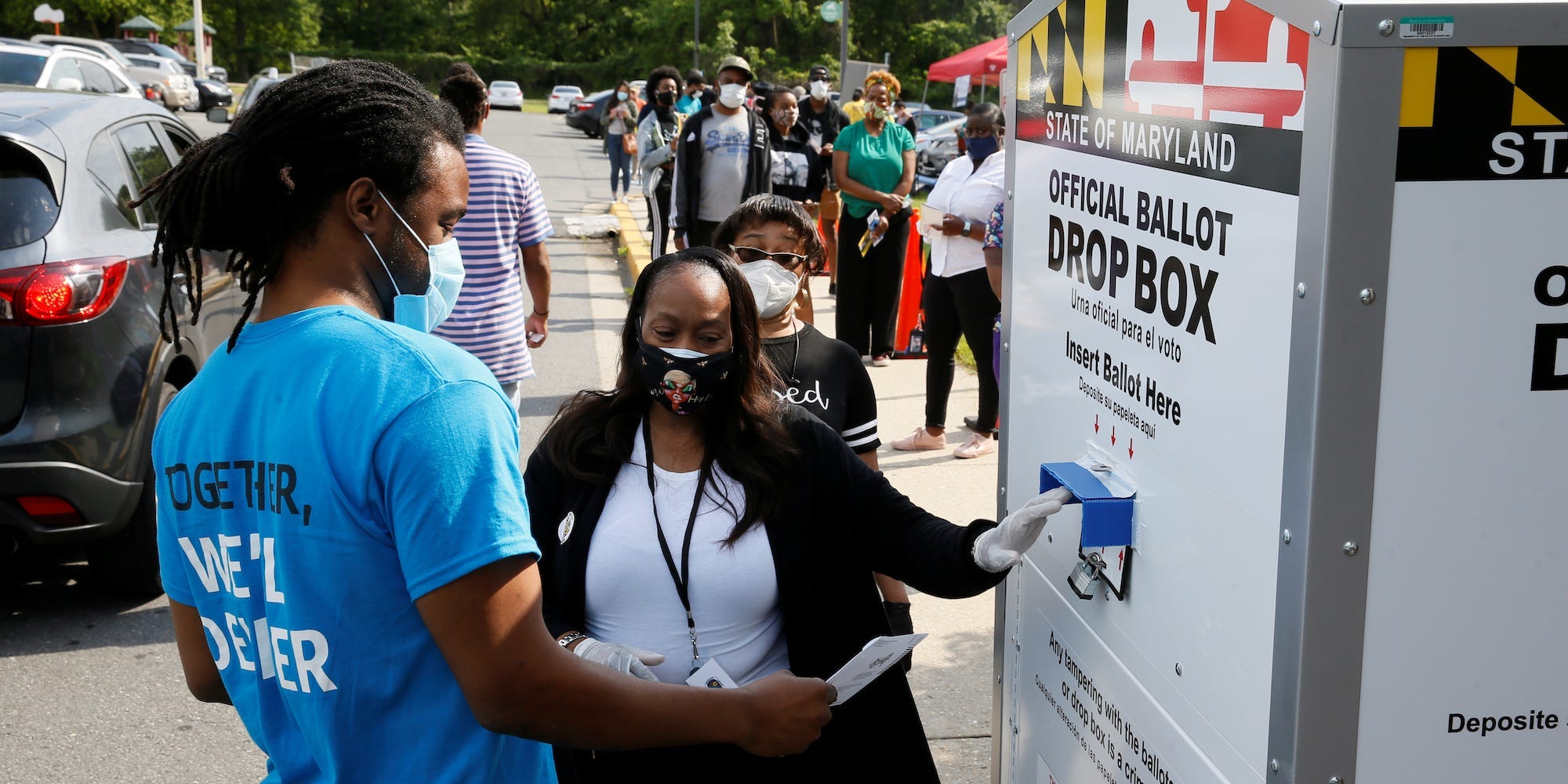 REUTERS/Jim BourgMaryland election judge Cassandra Campbell helps a voter wearing a face mask to prevent the spread of coronavirus disease (COVID-19) cast his ballot in the Maryland U.S. presidential primary election as other voters stand in a long line waiting to cast their votes in College Park, Maryland, U.S., June 2, 2020

This year’s contentious presidential election has drawn early voters out in record numbers.

Almost 97 million Americans have already voted in person or by mail as of Monday â€” surpassing two-thirds of total turnout in 2016, according to the US Elections Project. Ballots cast early this year surpassed total early votes in 2016 a full nine days before Election Day.

But some voters who have a change of heart can alter their early vote after casting it.

Google searches for “can I change my vote” jumped last Tuesday. President Donald Trump falsely claimed that the trend “refers changing it to me” and spiked “immediately” after the second presidential debate last Thursday. Google has not said whether the searches referred to a specific candidate.

A handful of states allow voters to switch their votes before Election Day, but they have different restrictions and deadlines.

Changing your vote can be quite the headache for election officials, since they have to track down your ballot and re-file the paperwork.

Wisconsin absentee voters can “spoil” their ballot and request a new one or vote in-person before certain deadlines, according to a 2020 memo memo put out by the Wisconsin Elections Commission.

In New York, voters can cast a new ballot in-person either early or on Election Day and ask that their initial ballot be invalidated.

Casting new ballots in permitted in some Connecticut towns, but it varies across the state.

In New Hampshire, voters can request a new ballot if election officials determine there’s enough time to do so, and they can vote in-person on Election Day if the initial ballot was not yet counted.

In several other states, including Pennsylvania, Illinois, Delaware, New Mexico, Idaho, Indiana, Arkansas, and Mississippi, voters are allowed to “spoil” a ballot and request another, but only if the initial ballot hasn’t yet been returned or, in some cases, processed.

The deadline to invalidate a ballot and request another has already passed in Minnesota.