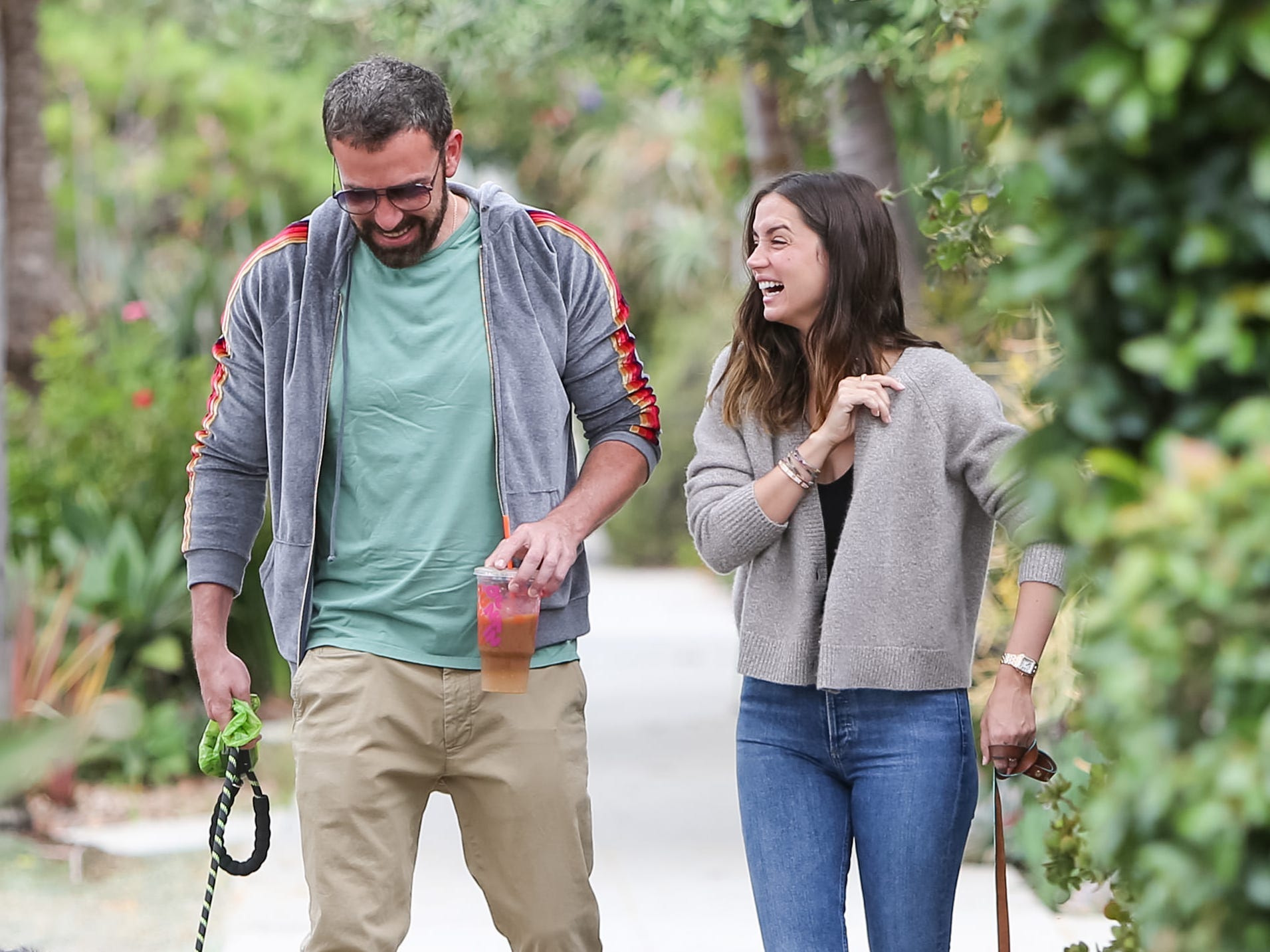 BG004/Bauer-Griffin/GC ImagesBen Affleck and Ana de Armas take a stroll, with a cup of Dunkin’ iced coffee, in July.

In a year of uncertainty and stress, there has been one constant: Ben Affleck’s love for Dunkin’.

Affleck, who claims to drink Dunkin’ every day, has had two constant partners during the pandemic: his girlfriend and fellow actor Ana de Armas, and a cup of Dunkin’ iced coffee. As many celebrities stayed out of sight, Affleck appeared in countless paparazzi photos with his trusty Dunkin’ at his side.

The final days of 2020 brought one last Affleck-Dunkin’ sighting.Paparazzi caught Affleck, decked out in Boston gear, fumbling an order of iced coffees and Munchkins on the doorstep of his California home. The photos went viral, as photos of Affleck and Dunkin’ are wont to do.

me collecting all of the packages i get every day that i don’t remember ordering pic.twitter.com/YLxayDUBKs

He gave us one last gem for 2020 that’s love pic.twitter.com/mCCH0AieMz

“Ben Affleck is a pap favourite,” Bobby Finger and Lindsey Weber, hosts of the celebrity podcast Who Weekly, told Business Insider in an email. According to the hosts, Affleck is known for just being himself, “a dude from Boston.”

“And aside from the Red Sox and clam chowder, Dunkin’ Doughnuts is as Boston as it gets,” Finger and Weber added.

Affleck’s appreciation for Dunkin’ isn’t new. But, over the last few years, his love for the chain has transcended from a quirky talk show talking point to a sort of cultural touchstone. 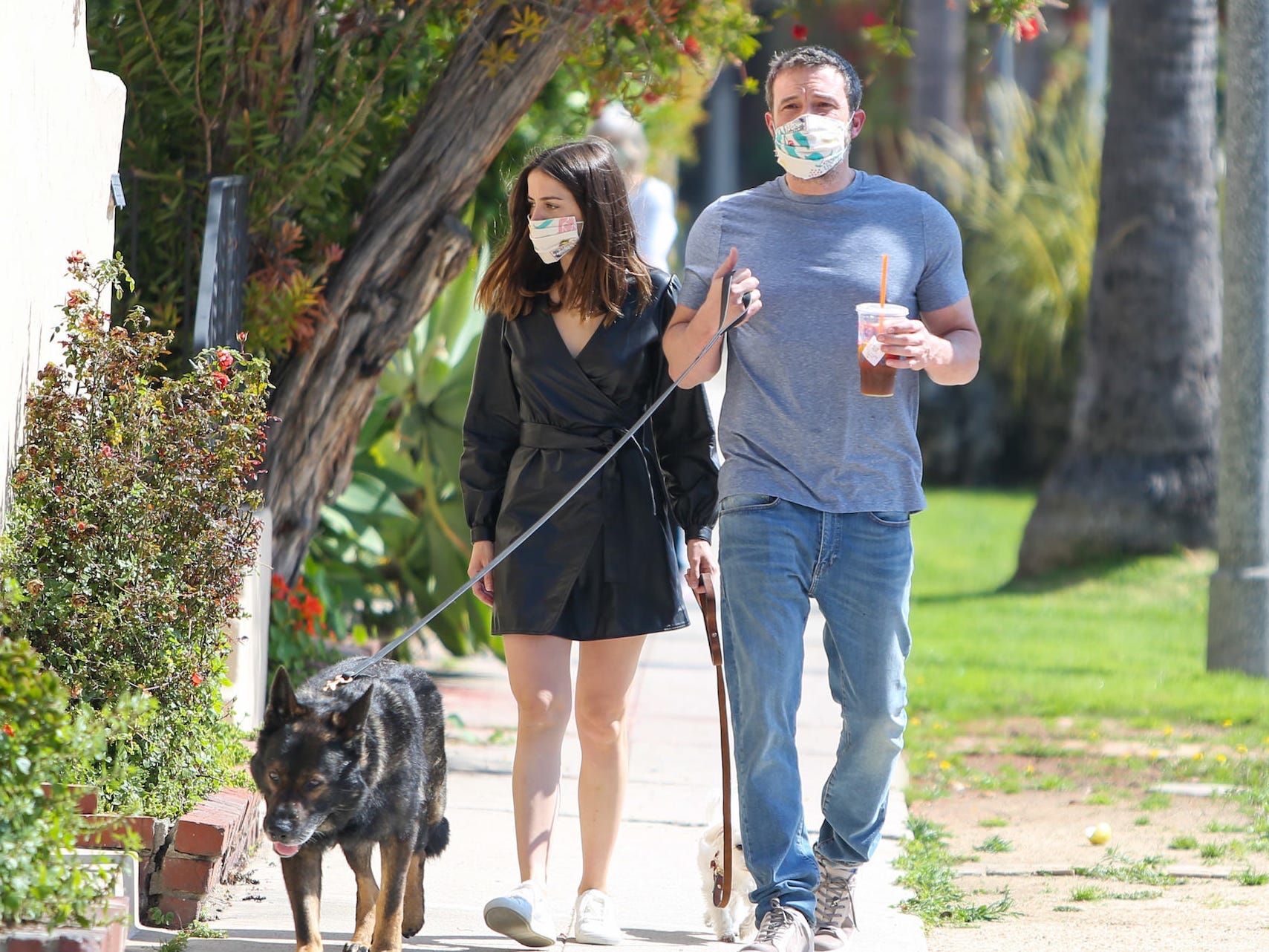 When Dunkin’ announced it was closing locations earlier this year, Jezebel asked: “What Does Ben Affleck Think About Dunkin Doughnuts Closing 450 Stores?”

A social media rumour sparked a Vulture investigation into if Dunkin’ keeps Affleck’s order on file. (Conclusion: Dunkin’ says no, so, probably not?)

Affleck’s love for Dunkin’ has spawned endless tweets, further linking the actor and the chain.

Took forever to take this picture because the public kept stopping us like “oh my god – are you guys gender swapped Ben Affleck and Ana de Armas on May 14, 2020 feat. Dunkin??” and we were like, obviously – can we please have some space… pic.twitter.com/qgXYMygBFS

Ben Affleck holding two Dunkin’ iced coffees while wearing a plaid shirt and loosely secured backpack is the exact energy I had showing up at my preschool teaching job at 8:30am after staying out until 2 the night before.

Affleck dual wielding Dunkin cold brews. I am obligated to stan. Good night you princes of Maine, you kings of New England https://t.co/YY192rtHhN

Carrie Wittmer, a freelance writer who has tweeted about Affleck and Dunkin’ with some frequency, said she thinks of Affleck as an accidental Dunkin’ influencer.

“I have always been a Dunkin’ Doughnuts coffee fan,” Wittmer said. “My parents are coffee snobs and Dunkin’ was one of the only fast food places they got coffee from and I usually have Dunkin’ coffee for my home brew.”

But, Wittmer said, Affleck has made her think about Dunkin’ even more than usual this year.

As Affleck’s paparazzi shots with Dunkin’ proliferate, they have sparked questions regarding Affleck’s relationship with the chain. After all,Dunkin’ has rolled out some wild marketing in 2020, from a partnership with Homesick candles to a merch lineup that includes bedding and scrunchies. A sponsorship deal with Ben Affleck would not be out of the realm of possibility.

Is Affleck getting paid by the coffee chain as part of a stealth sponsorship deal? Or, does he just really love Dunkin’? 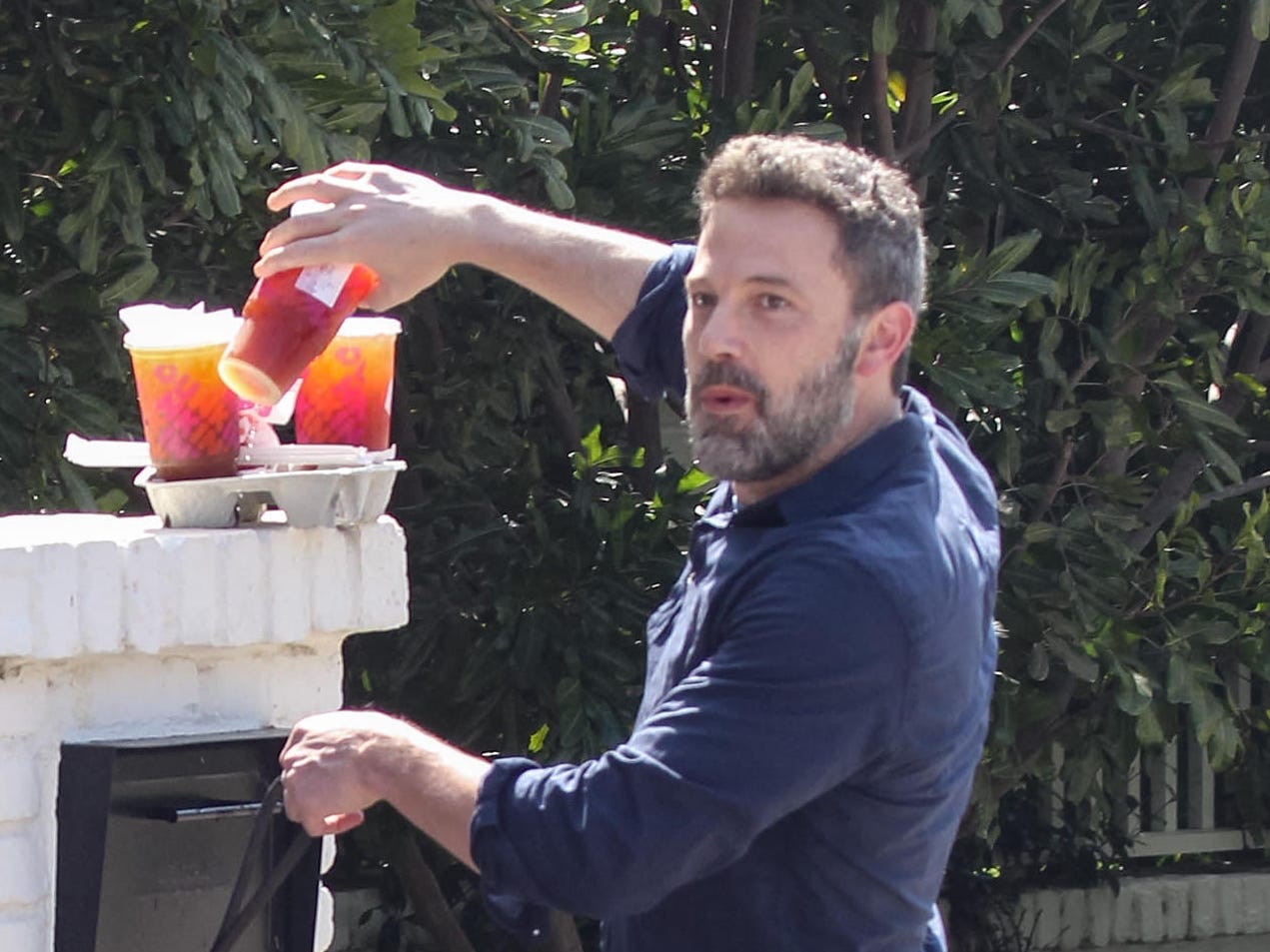 We needed answers from Dunkin’, both about Affleck and some of the chain’s official marketing strategies. (Again, Dunkin’ successfully launched a $US34 Homesick candle that smelled like coffee.) So, earlier in December, Business Insider spoke with Drayton Martin, Dunkin’s vice president of brand stewardship.

Martin had a lot to say about Dunkin’s partnerships and marketing strategies, as the chain has worked to puncture potential customers’ perceptions of the brand. Dunkin’ has partnered with a number of celebrities, including rapper Snoop Dogg and TikTok star Charli D’Amelio. But, Martin said, it does not have any official partnership with Affleck.

“He is a true lover of the brand and it is all his spontaneous expression,” Martin said.

“We love Ben Affleck. … He’s obviously from the Boston area and a terrific brand ambassador, but that’s his own doing,” she added. 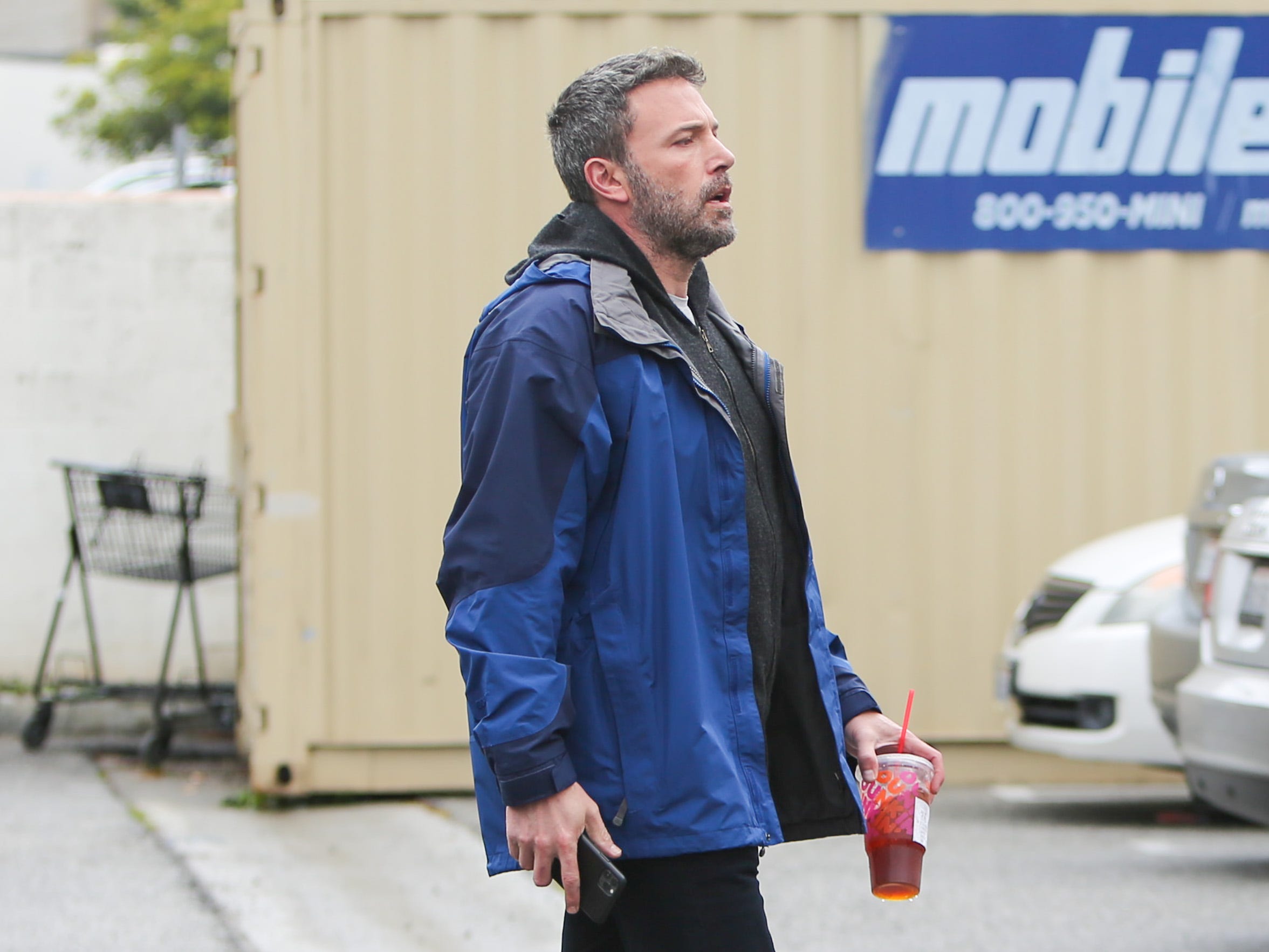 Martin’s answer lines up with Weber and Finger’s conclusion that “Ben just genuinely has gotta have his Dunkies.”

“If it’s all some sort of covert paid sponsorship, congrats to Ben,” they said. “But if there’s anything to know about doing ads, it’s that it’s basically work and work tends to ruin things you love! It appears that Ben truly still loves his java.”

In other words, Affleck’s Dunkin’ obsession has become the best kind of free advertising. It is coming from someone that genuinely loves the brand, with a passion that won’t be tarnished by a paycheck. As a frequent paparazzi target, Affleck gives Dunkin’ more face time than celebrities who avoid photographers (or, who are more low key about their love for Dunkin’.)

Anecdotally, it’s a relationship that is paying off for Dunkin’. Finger said he has found himself craving Dunkin’ after seeing yet another paparazzi shot of Affleck with his iced coffee. (Weber said she is always craving Dunkin’.) And, while Whittmer said she would have bought the Dunkin’ Homesick candle without Affleck’s influence, the Affleck-Dunkin’ connection has made her appreciate both more in 2020.

“I have always loved both, but I have never thought more about either,” Whittmer said.

Read the full story of how Dunkin’ stole Starbucks’ crown as king of social media in 2020 here.