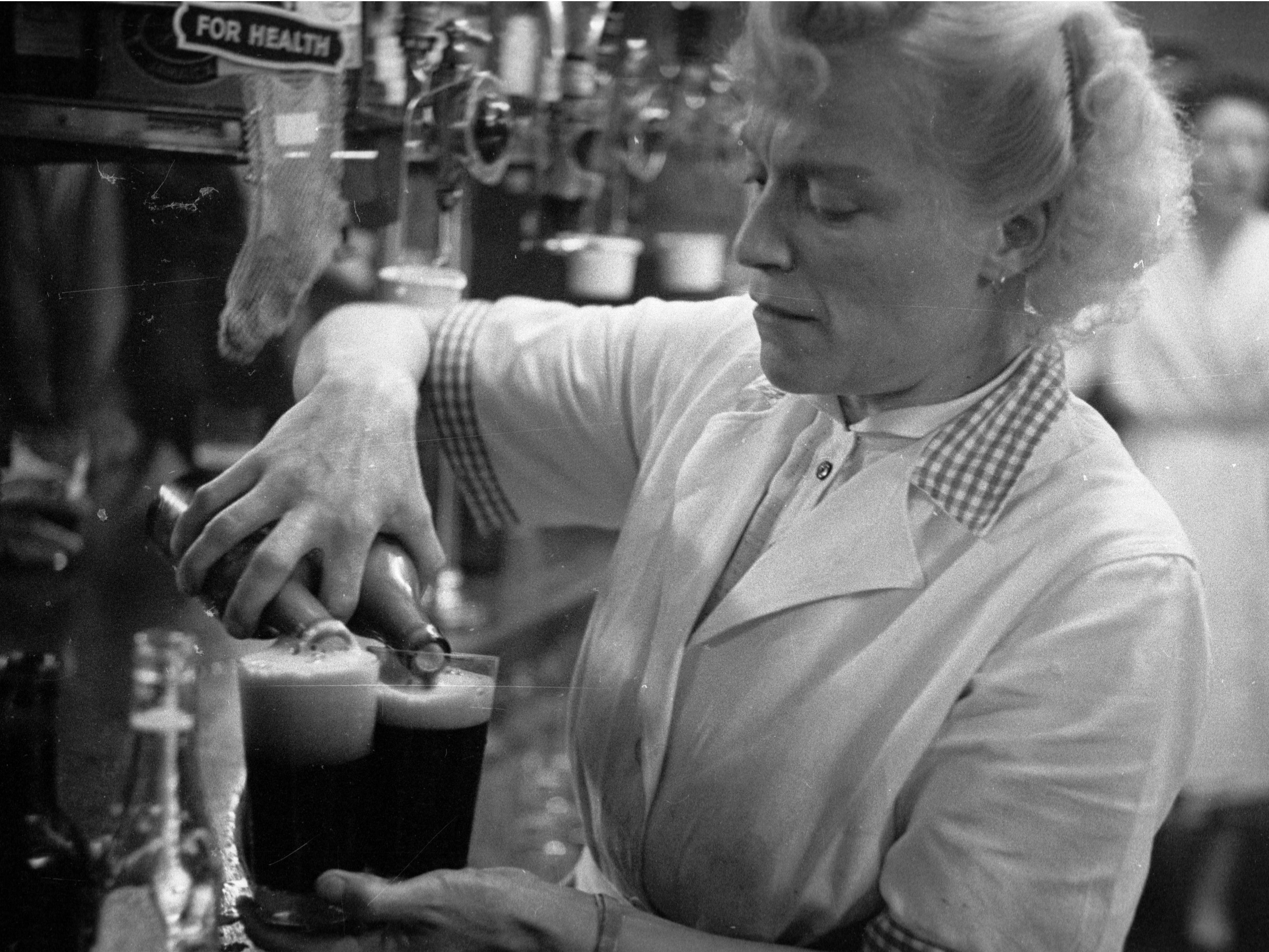 Getty ImagesWomen went from being barred from bartending to having most of the industry’s jobs.

More than 100 years after the 18th Amendment banned the sale of alcohol in the US – paving a way for the country’s Prohibition era – working at bars looks completely different.

What was once considered a seedy profession due to its association with alcohol, bartending now requires technical training, and depending on where you work, years of experience. The profession has grown tremendously over the past several years. According to the Bureau of Labour Statistics, there were 644,100 bartenders working in the US in 2018. That number is forecasted to grow faster than most jobs, rising 8% between 2018 and 2028.

Unfortunately, the job has been one of the hardest hit by mass layoffs in the wake of the novel coronavirus. As governors from New York to California call for the closing or reduced hours of non-essential businesses, many restaurants and bars have been asked to close their doors, or be open only to provide take-out services. It’s hit the industry hard, with many iconic institutions shutting down, and countless others – along with their employees – facing an uncertain future.

Here’s a look at how being a bartender has changed in the last 150 years.

In the late 19th and early 20th century, bars went from being seedy spots hidden in alleyways to popular gathering spots. Bartenders began dressing up to work and following set recipes. Thomas worked in the Occidental Hotel in San Francisco, and nicknamed himself the “the Jupiter Olympus of the bar.” Black bartending in white saloons remained uncommon. In 1893, a black waiter was promoted to bartender at the Atlas Hotel in Cincinnati. The decision caused fury among the bar’s white clientele, who boycotted the hotel. Louis Deck, the black waiter, was eventually fired and the hotel shut down. In 1919, the Volstead Act prohibited alcohol across the country, which had a damning effect on cocktail culture. Most bartenders changed professions or moved to other countries. 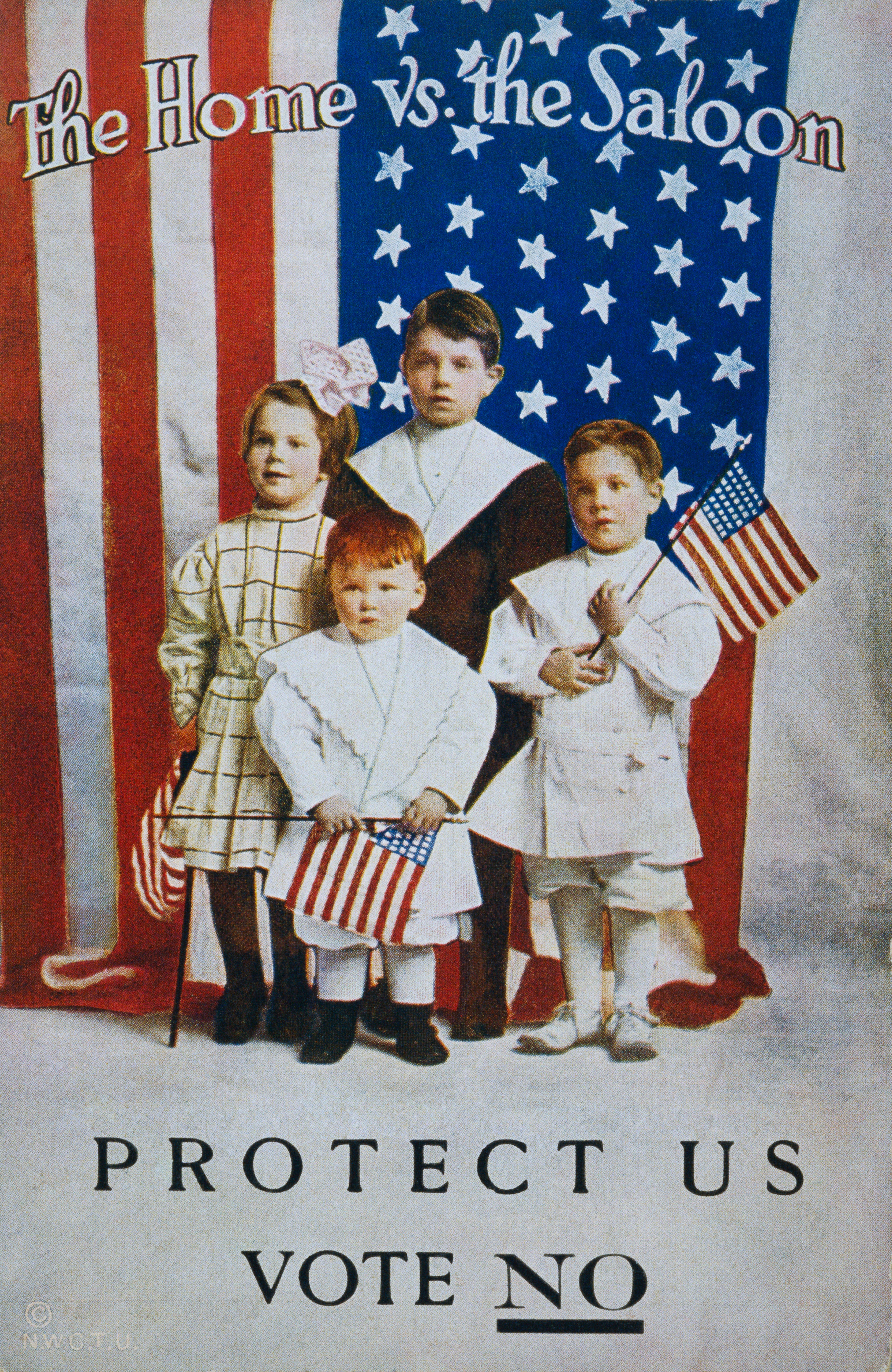 Job opportunities for bartenders became so scarce during Prohibition that thousands of bartenders fled to Cuba. Getty ImagesFellow drinking from stein in a Havana bar room

Many Cuban bartenders grew frustrated at the Americanization of Havana’s night scene, and formed the Cantineros Club to reclaim their institutions.

Even after the appeal of the Volstead Act in 1933, the craft-cocktail movement languished. 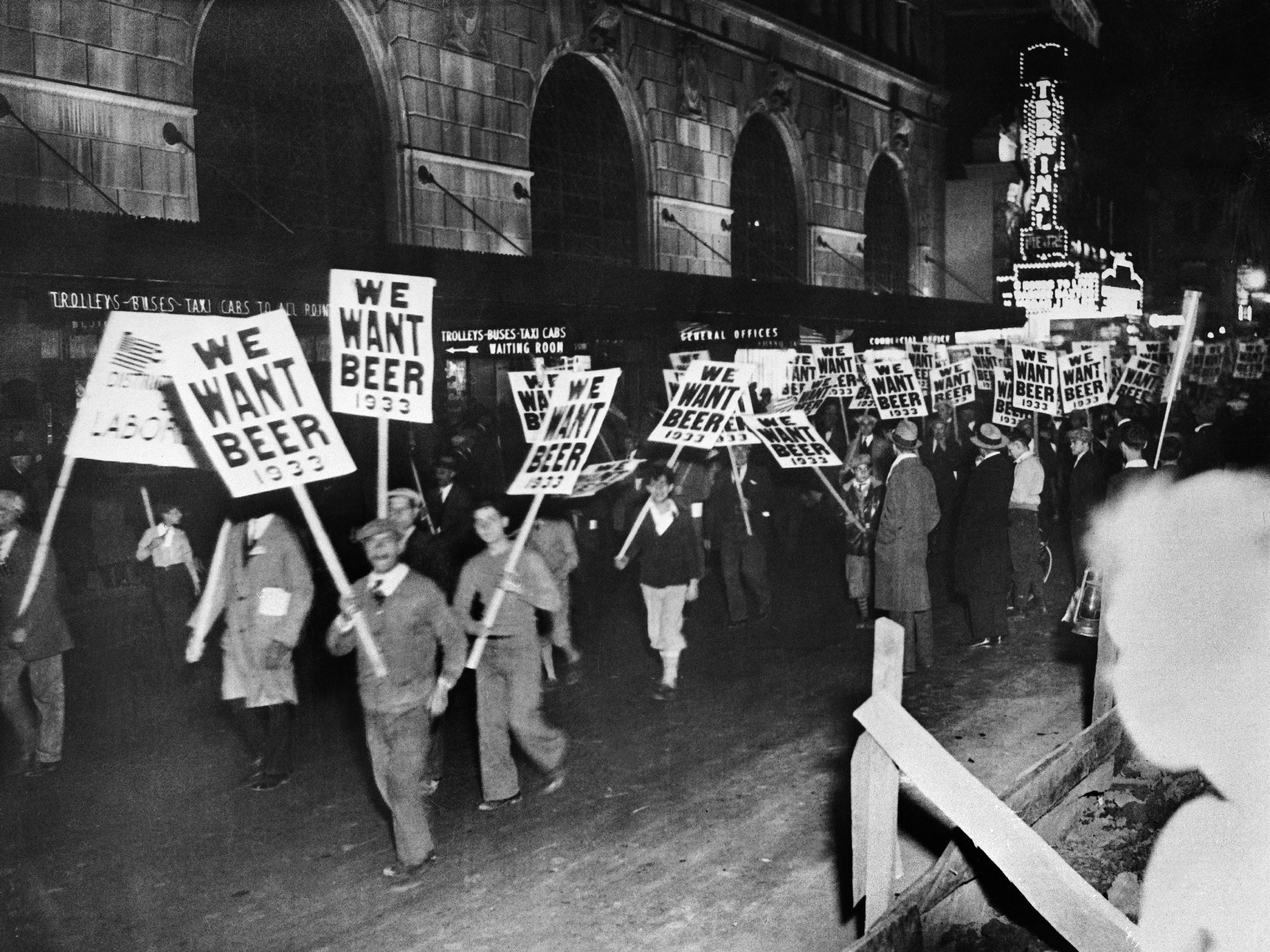 After men headed overseas to fight in World War II, women picked up shifts. Women worked these shifts in part because they were the only jobs available to them at the time. Source: Tales of the Cocktail

In the late ’40s, however, women lost their jobs after men came back from the war. Some states passed laws barring women from the profession altogether. “Some of that is really just about men wanting to be able to take their jobs back, but some of it is anxiety over the breakdown of the family and women becoming too masculine and losing their values,” Christine Sismondo in her book “America Walks Into a Bar: A Spirited History of Taverns and Saloons, Speakeasies and Grog Shops.”

Source: Tales of the Cocktail

In the 1980s, bartenders, led by “King Cocktail” Dale Degroff, began a revolution to bring back American pubs. The bartender says before the 80s, bartenders would use soda guns and packages of sour mix to make drinks. His work helped restore “proper, thoughtfully classic drinks” to American bars.

Degroff has since won two James Beard awards and founded The Museum of the American Cocktail in New Orleans.

While California still had a law barring women from pouring alcohol in 1971, the mid-1970s saw an increase in the number of women behind the bar. 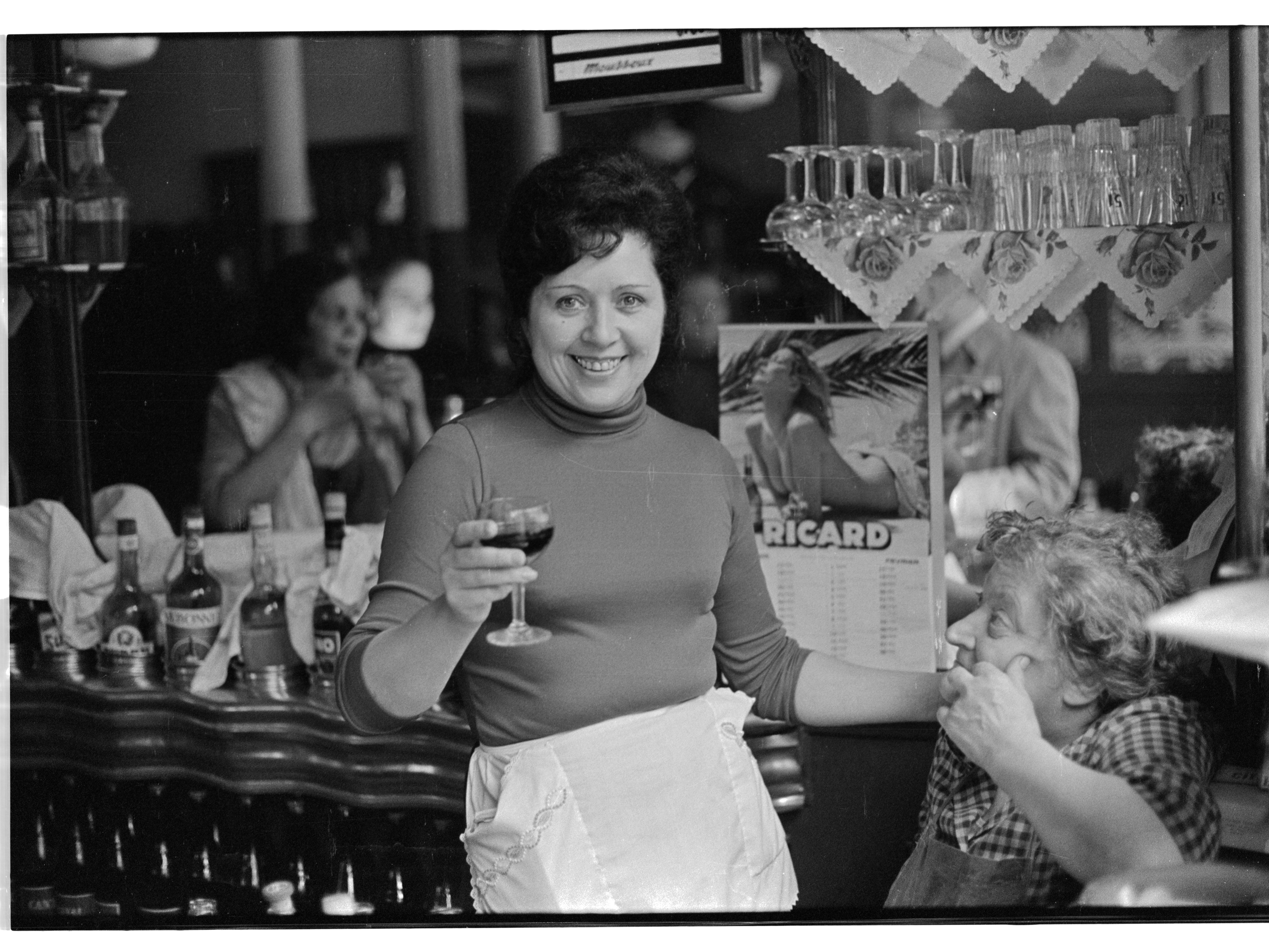 The Wall Street Journal suspects the change occurred after a Holiday Inn chain discovered bar revenues went up when women did the mixing.

Today, bartending usually requires some kind of training, and you must work your way up before you can be employed at prestigious bars. Many bartenders teach themselves to mix drinks, or learn on the job. Aspiring bartenders have the option of going to bartending school to obtain a state-issued licence, but few states require certification and drink standards vary from bar to bar.

The best way to become a bartender is through experience. Bartender Kenji Magrann-Wells previously told Business Insider that new bartenders must get experience before getting into large venues. Many bartenders start as waiters or bartending assistants before getting a gig themselves.

“Experience is key, especially when going for the giant mega-clubs where the atmosphere is tense and the payout is ridiculous,” Magrann-Well said. “So take the jobs where you can get them.”

Bartenders across the country earn an average of $US11.64 an hour, according to Indeed, but that doesn’t include tips. Racial inequality also exists in the role. African-American and Hispanic bartenders are frequently pushed to lower-paying, less visible roles, according to nonprofit Tales of the Cocktail Foundation.

Sources: Tales of the Cocktail Foundation

While many women are in the industry today, gender discrimination still occurs in the form of sexualizing the role. Many female bartenders must wear makeup and risqué clothing, especially to earn more tips. Several other misconceptions about the profession exist today. For instance, bartending is not a “dead-end job” — in fact, it can open doors in the hospitality industry and beyond. Many bartenders go on to become a general manager or open their own restaurant after working for a number of years, Justine Lechner, bartender at New Amsterdam in Pittsburgh, Pennsylvania told INSIDER.

“I make more money in less time than most college graduates, and [I have] needed years of training to become great at my work,” Lechner said.

Because of the novel coronavirus outbreak of 2020, between 5 and 7 million restaurant workers, including bartenders, could lose their jobs in the next three months, according to The National Restaurant Association. 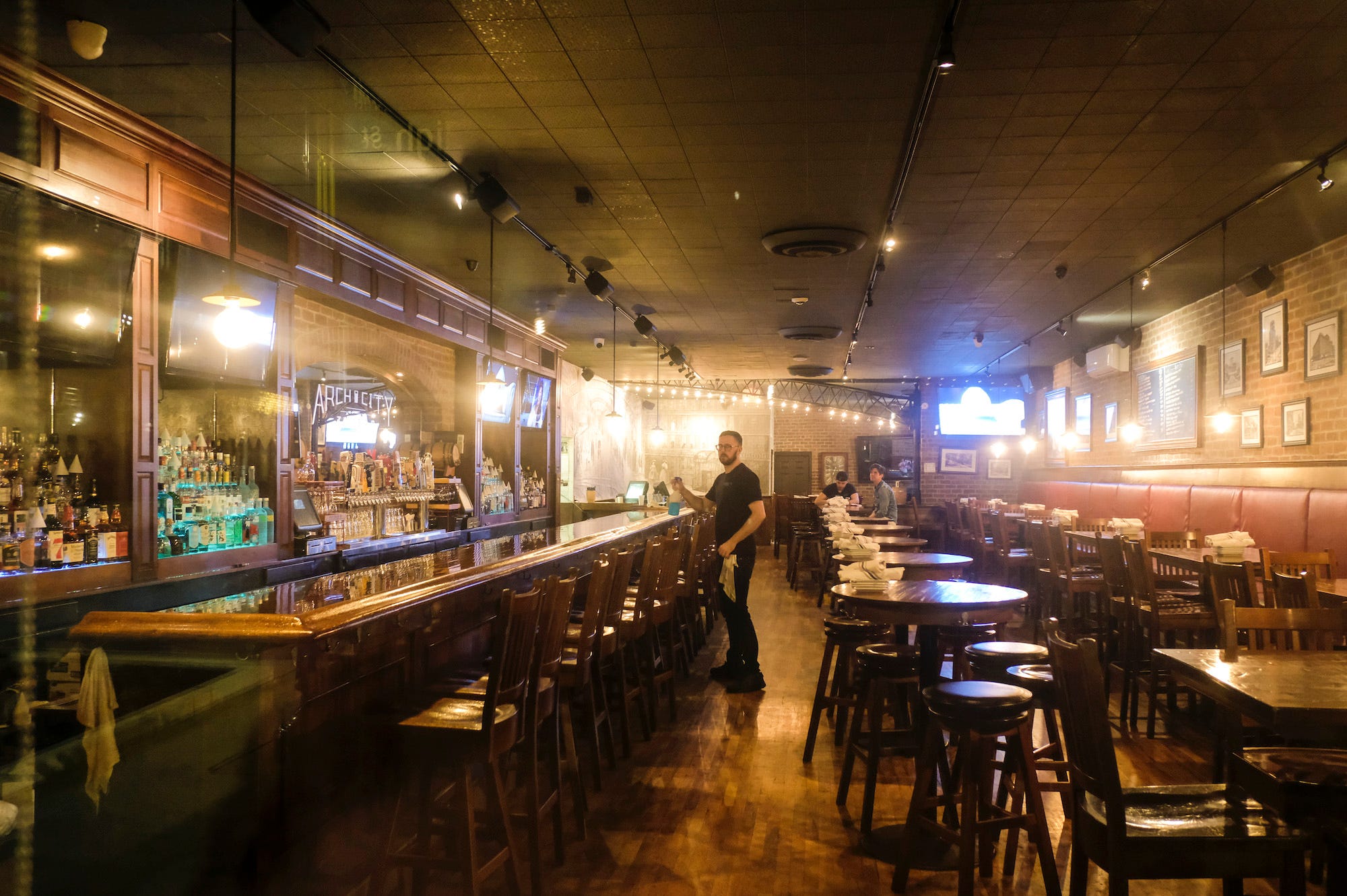 Matthew Hatcher/Getty ImagesOhio Governor Mike DeWine announced the government would issue an order closing all bars and restaurants in Ohio due to the ongoing threat of the coronavirus outbreak. Pictured here, an employee in an empty bar.

Because of the outbreak of the novel coronavirus in the US, governors from New York, New Jersey, Maryland, Ohio, California, and more, have called for bars and restaurants to either only be open for take-out, operate under reduced hours, or close altogether for the time being. Many in the industry face an uncertain future, and only time will tell when, or if, most of these jobs return.