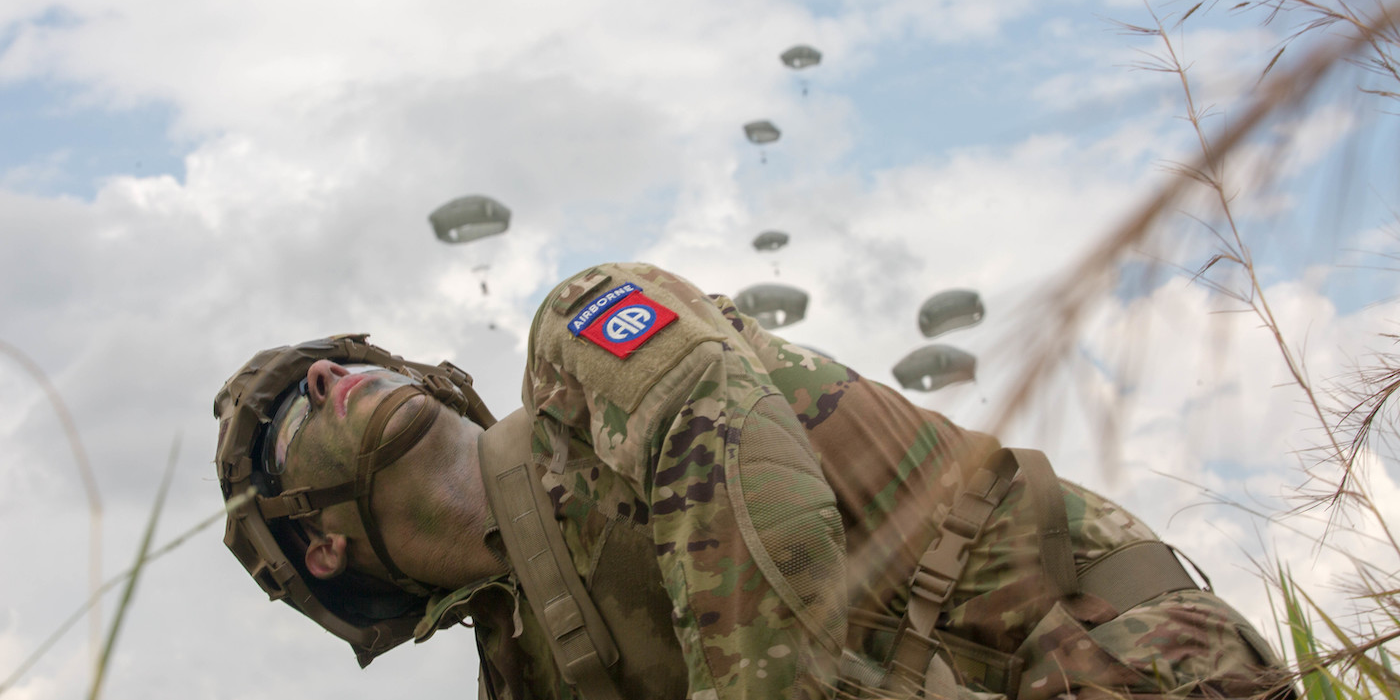 US Army/Sgt. Andrea Salgado-RiveraA US 82nd Airborne Division soldier during an exercise at Tolemaida Air Base in central Colombia, January 26, 2020.

The US and Colombia touted the deployment of the Army’s new advisor unit in June but have been much quieter after the otherwise normal mission sparked political backlash in Colombia.

The 1st Security Force Assistance Brigade’s rotation was its first in Latin America and “reaffirm[ed]” US commitment to Colombia, the US’s “best ally and friend in the region,” the US Embassy there said in late May.

But the fanfare that greeted the roughly 50 soldiers, who joined Colombian troops after a two-week quarantine, concerned Colombian lawmakers.

“Usually these trainers, they come to Colombia and leave Colombia. It shouldn’t be a big deal, but procedurally, it’s expected that the executive ask for consent from the Congress,” said Sergio GuzmÃ¡n, director of Colombia Risk Analysis, a political risk consulting firm in BogotÃ¡.

“Because the government made a huge deal … members of the Senate were like, ‘Huh? Were we consulted for this?'” GuzmÃ¡n told Insider. “They checked the paperwork â€” no, they hadn’t been.” 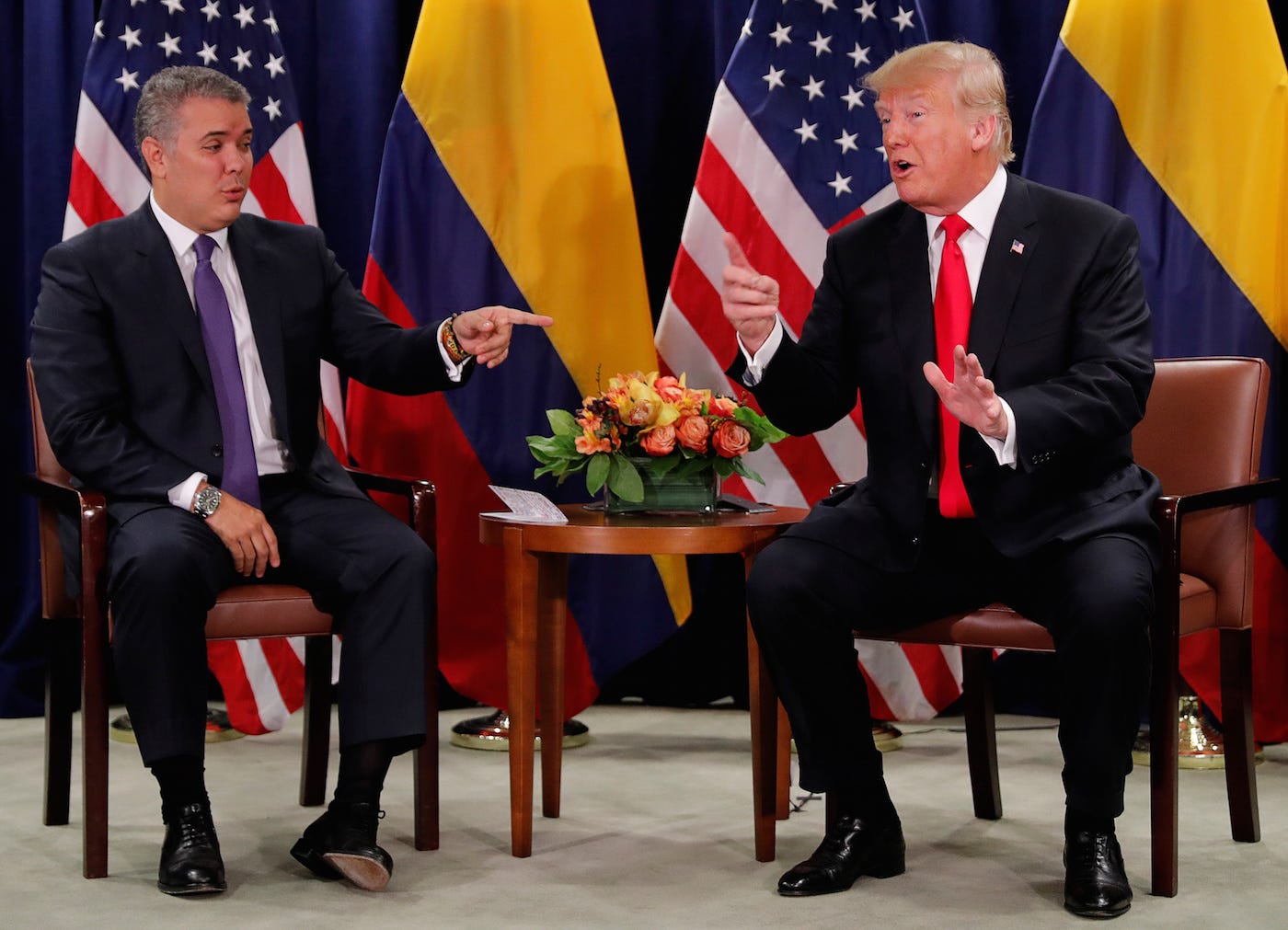 For Presidents Ivan Duque and Donald Trump the deployment was a chance to highlight their countries’ ties and send a message to Venezuela, a mutual foe. It was also a military milestone for the US, which sees SFABs as a way to build relationships around the world.

In early July, however, a Colombian judge ordered the US trainers to halt their operations in response to a complaint from opposition senators.

“Their pretext was the Constitution says that the Senate has to approve any transit of foreign troops,” said Adam Isacson, director for defence oversight at the Washington Office on Latin America, a research and advocacy group.

“The result was this big back and forth, in the courts and elsewhere, between the Defence Ministry and the opposition about whether this was a ‘transit of troops’ or whether it was … this non-operational presence of trainers that is covered by agreements going back in 1974,” Isacson told Insider.

Col. Kimeisha McCullum, director of public affairs for US Army South, told Insider on Wednesday that training and exchanges “were halted until Colombian government gave … the green light to continue.”

But senators disputed Trujillo’s claim that they gave authorization and moved to hold a no-confidence vote for the minister this month. The Senate’s president blocked that vote, a move decried by the opposition.

“If the government had the votes to overcome this vote of no confidence, they should have just gone ahead with it. But instead, they decided to upend the whole congressional order to dismiss this motion,” GuzmÃ¡n said. 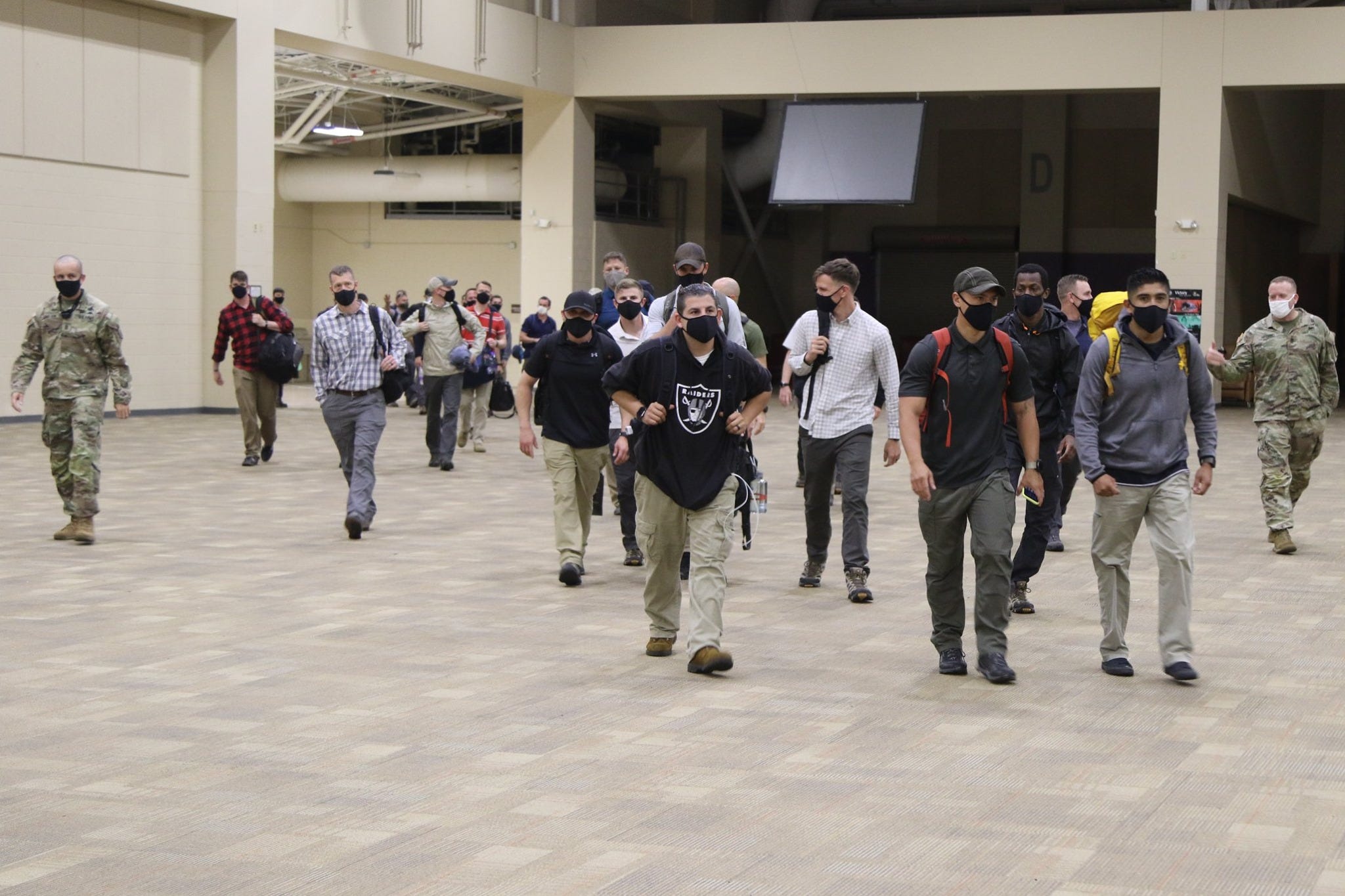 At a media event on October 13, Col. Thomas Hough, commander of 1st Security Force Assistance Brigade, said he recently returned from Colombia, where he’d spent “the last week and a half or so,” but didn’t mention the advisors’ departure.

“There was a moment there where our host nation did ask us to pause for a bit as they were working internally with some political issues,” Hough said. “After a couple weeks, they … said, ‘Look, we want you to reengage with our forces.’ And so we’ve been out for the last couple months advising them.”

On October 14, the 1st SFAB announced on Facebook that its advisors returned the previous week.

Security Force Assistance Command spokesperson Maj. Christina Wright said the return wasn’t mentioned at the October 13 event because officials present weren’t asked about it. “If the topic was brought up we would have addressed it,” Wright said.

Asked at the October 13 event about lessons from recent deployments, Brig. Gen. Scott Jackson, commander of 1st Security Force Assistance Command, said “things have worked out great” but noted that “the political stand down” in Colombia was “something we didn’t predict.”

“But we obviously learned from it, about understanding the internal dynamics inside of a partner force country before we can proceed,” Jackson added.

The Colombian Defence Ministry has said another group of about 50 advisors will deploy there, but it’s not clear when, Isacson said, citing the documents. At least one Colombian outlet has reported that they’re already there. 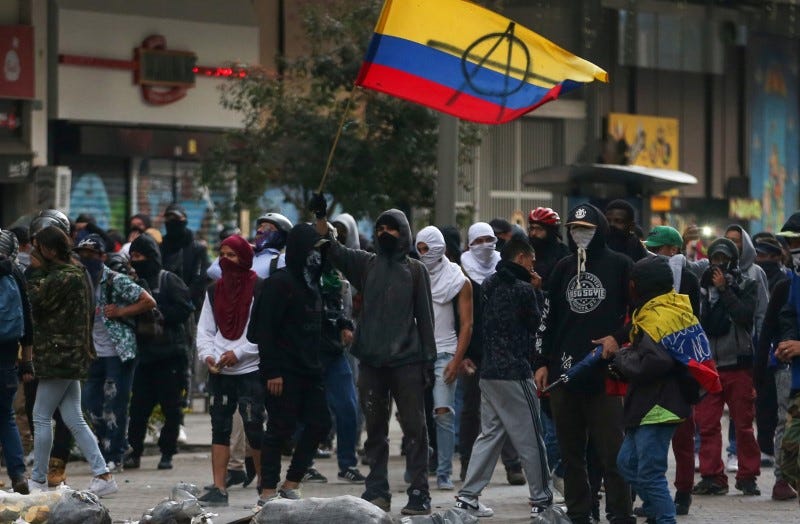 GuzmÃ¡n and Isacson said the backlash was about Colombian politics more than the US.

“They had paratroopers from the 82nd Airborne in Tolima in January, and nobody seemed to care,” Isacson said. “But for some reason this one really struck a chord.”

Colombia’s government “grew cocky,” GuzmÃ¡n said. “They didn’t follow the book … and this came to kick them in the butt.”

Trujillo now faces another no-confidence vote. The minister is also a frontrunner for the governing party’s presidential nomination in 2022. “This extra attention doesn’t really help” Trujillo, GuzmÃ¡n said. “The opposition is going to try to hammer this home.”

Colombia’s security policies, and US involvement in them, have faced increasing scrutiny, however, suggesting the political left there is growing more vocal after a 2016 peace deal allowing left-wing rebels to demobilize, according to Toby Muse, who has reported on Colombia for much of the past 20 years.