How 2020 broke the housing market: So many homes are selling that we could run out of new houses in months 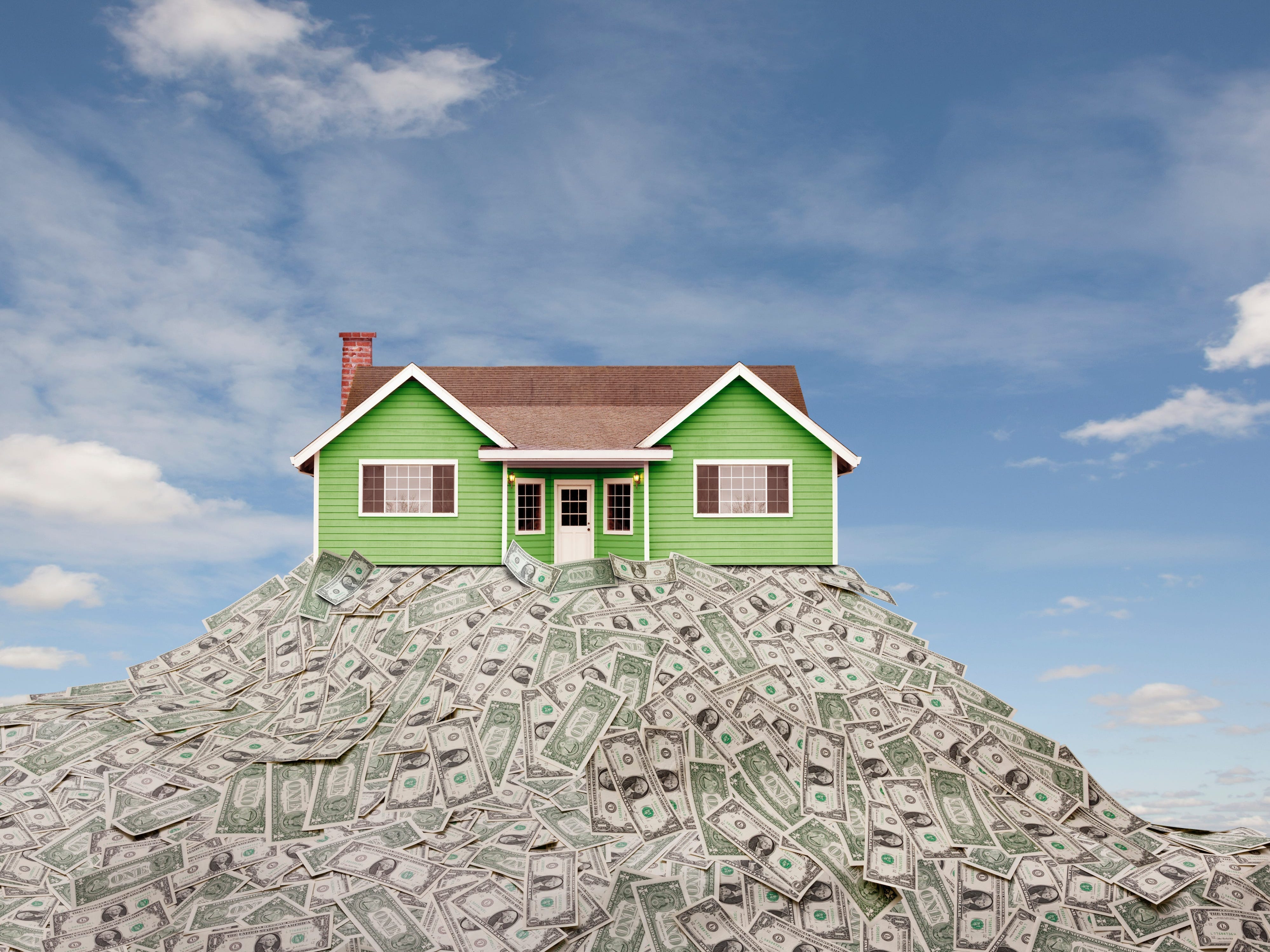 John M Lund/Getty ImagesA house is the most desirable get amid the coronavirus pandemic, but the US is barreling toward an inventory shortage and affordability crisis that will make homeownership unattainable.

Have you thought about moving amid the coronavirus pandemic?

Is your Instagram feed littered with captions reading “Surprise! We bought a house!” underneath photos of couples posing with sets of keys and whimsically coloured front doors? Have you seen unbearably long lines for open houses in your own neighbourhood?

If it seems like the hottest pandemic purchase is a home, well, it’s not just your hunch telling you that.

A shocking volume of homes are selling rapidly, according to recent data. The National Association of Realtors (NAR) released a report in late September finding that existing home sales had hit a 14-year high in August. In fact, Bloomberg reported just days later that if homes continue to sell at that rate, the US would run out of new homes inventory in just over three months, the shortest such time frame in records dating all the way back to 1963.

Sure enough, in September, total housing inventory hit a new record low, of just 2.7 months supply, per the National Association of Realtors.

As the fall progresses, builders have tried to remedy the shortfall, starting construction at a seasonally adjusted annual rate of 1.42 million in September, a 1.9% increase from the previous month and an 11% increase year-over-year, per Census data. The building segment isn’t running on all cylinders, though â€” single-family starts were up 8.5% but multifamily construction was down 17%, Realtor.com reported, a drag on momentum.

Houses are selling at an almost unbelievable rate

New home sales have trended upward recently, too. Bloomberg reported that sales of new construction jumped to 342,000 in August â€” also a high mark since 2006.

Those interested in buying new digs, or the perks that accompany the purchase like spacious backyards and comfortable work-from-home locales, are willing to pay more than ever before.

“Buyers are willing to pay more for a house than I’ve ever seen â€” I’m talking $US30,000 to $US50,000 over the listing price,” one Baltimore real estate agent told Redfin recently. “They’re desperate because homes are flying off the market so quickly. I’m selling all of the homes I’m listing within three days.” Later, Redfin reported that one-third of homes on the market in September sold above listing price, the highest level ever recorded.

The eagerness to buy a home is also fuelled by low mortgage rates â€” mortgage applications are up 22% compared to last year. Mortgage rates now are among the lowest ever offered â€” US 30-year mortgage rates have hit nine record lows in 2020 alone.

Those low mortgage rates, along with the urge to find shelter during the pandemic, seem to have brought so many homebuyers into a market where bargains are hard to find. Redfin found that as of the end of July, lower mortgage rates had given buyers an extra 6.9% in purchasing power, but house prices were up 8.2% year-over-year at that point â€” and they have kept going up since.

In fact, the 2% appreciation in national home prices between May and July was the biggest two-month jump since at least 1991, which was when the Federal Housing Finance Authority started tracking those changes in an index.

Those who already own homes are holding off on selling, according to Zillow economists, meaning there are fewer homes on the market than normal. There are 20% fewer houses for sale now than there were at this time last year. NAR found that the country’s total housing inventory dropped to 1.47 million in September â€” enough to last a record-low 2.7 months.

Uncertainty about employment and the economy among other financial concerns may keep housing supply low for some time, and is exacerbated by the US’ failure to keep up with home building needs over the past decade.

Even though record-high numbers of newbuilds were purchased earlier in the pandemic, new-construction listings dropped 33.6% year-over-year in August, according to a Redfin analysis, meaning that not enough homes are being built to keep up with demand.

“Housing demand is robust but supply is not and this imbalance will inevitably harm affordability and hinder ownership opportunities,” NAR’s chief economist, Lawrence Yun, said in the association’s report.

Median home prices of single-family homes and condos are currently less affordable than historical averages in roughly two-thirds of the US, according to a Thursday Attom Data Solutions report.

“In a year when nothing is normal, owning a single-family home has become less affordable to average wage earners across the US, despite conditions that would seem to point the opposite way,” Todd Teta, Attom’s chief product officer said in the report, noting that higher wages and lower mortgage rates “should work in favour of home buyers.” The report went on to note that home price appreciation outpaced average weekly wage growth in most â€” 87% â€” of the country this month.

Meanwhile, as prices rise due to demand, mortgages are becoming even harder to come by. Lenders are tightening standards due to the coronavirus recession, per the Mortgage Bankers Association. It reportedly hasn’t been this hard to take out a mortgage since 2014.

The unfortunate combination is enough to make homeownership simply unattainable for the average American as the pandemic wears on.

Newly minted homeowners are already regretting their decision, too. A late August LendEDU survey found that more than half of Americans â€” a whopping 55% â€” who purchased homes amid the pandemic almost immediately reported buyer’s remorse. Roughly 30% of those respondents cited financial reasons.