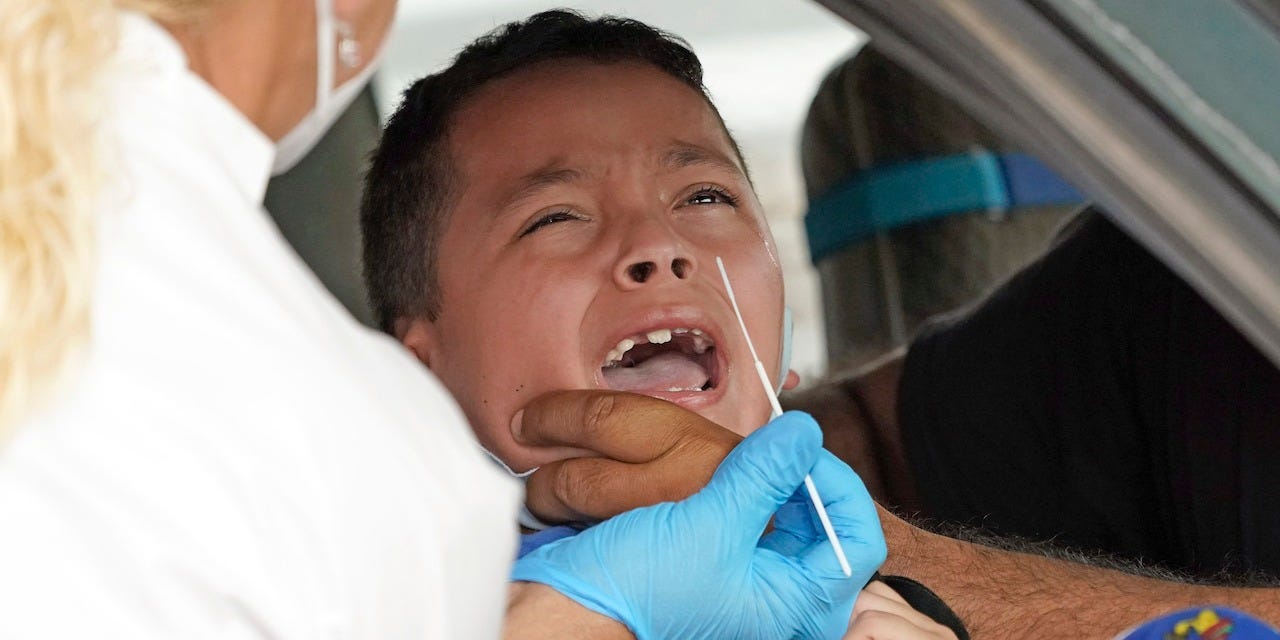 Houston Mayor Sylvester Turner blames his city’s out of control coronavirus outbreak on Republican Gov. Greg Abbott’s decision to strip away his authority to deal with the pandemic.

Coronavirus cases skyrocketed in Houston in June and July – reflecting a statewide trend – after Abbott reopened the state’s economy on May 1, ending one of the nation’s shortest stay-home orders. And the governor issued executive orders prohibiting local officials from mandating masks and imposing fines for not complying. White House guidelines instructed states to reopen only after seeing a “downward trajectory” in cases over 14 days, a benchmark that Texas had not met.

In mid-June, Turner and several other Texas mayors joined forces to request that Abbott allow them to issue face mask mandates. The governor initially dismissed the idea – it took him two additional weeks to issue his own state-wide mask-wearing order.

Turner, a Democrat, said the crisis Houston currently faces was predictable. If he’d had the authority to reopen more slowly and enforce mask-wearing and other mitigation efforts, he said there’s no question many lives could’ve been saved.

“In March and April and May, when we had local control and the tools that we needed, this virus was under control and it was very much manageable,” Turner told Business Insider in a Wednesday interview. “It was only when those tools were taken away that the numbers went in a different direction.”

Turner said he made it “very clear” in April that he thought the state was reopening too quickly and that it ran the risk of “wiping away all the gains that we had achieved.” But the “favourable” numbers coming out of Houston in the early stages of the pandemic, he argued, made the state “decide they want[ed] to step in and drive the wagon.”

In late June, Abbott was forced to pause Texas’ reopening. In early July, he reinstated some measure of local authority, allowing city mayors and county judges to ban gatherings of more than 10 people as cases surged.

The mayor noted that more Houstonians contracted and died of coronavirus in July than in March, April, May, and June combined.

Abbott’s office did not immediately respond to Business Insider’s request for comment. 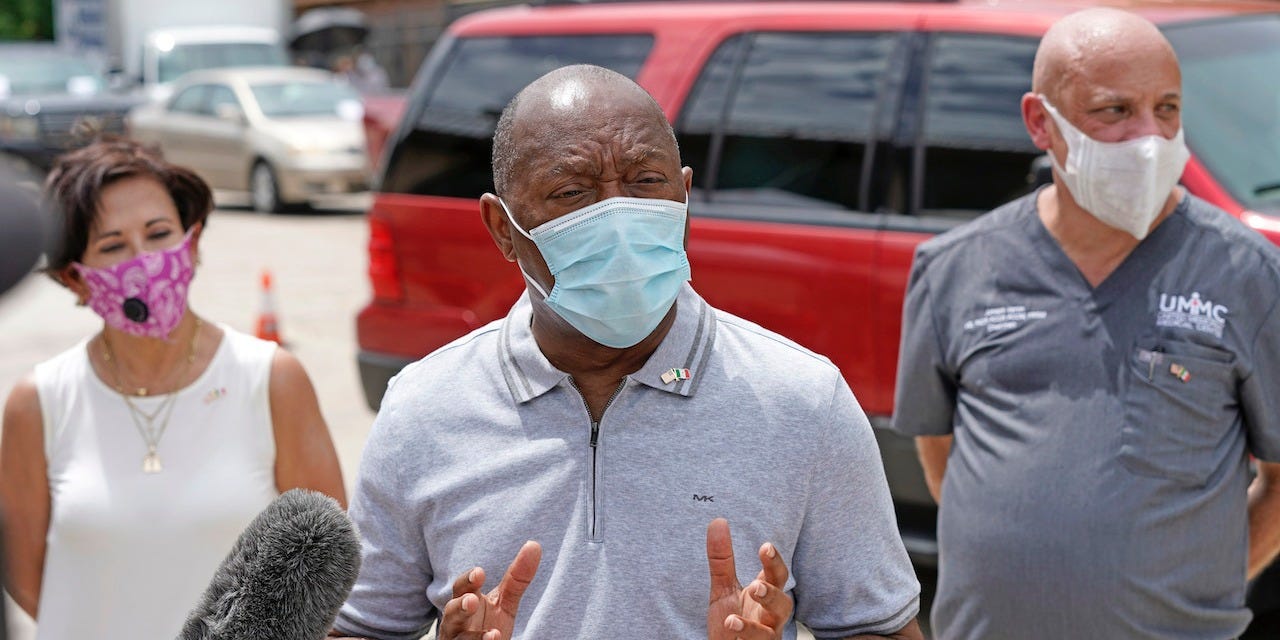 ‘People thought everything was fine’

Turner said the state’s decision to usurp his and other local officials’ authority in March meant the messaging on mitigation became “very conflicting” and undermined his administration’s efforts. He argued it’s been more difficult to convince Houstonians to stay home the second time around.

“People thought everything was fine – the wrong signals were sent,” Turner said. “I don’t really blame the people because if you start opening up, they just assume everything is fine.”

When Harris County Judge Lina Hidalgo, who has authority over Texas’ biggest county, attempted to mandate mask-wearing and implement a fine for non-compliance in late April, Abbott stepped in to overrule her.

“My executive order, it supersedes local orders, with regard to any type of fine or penalty for anyone not wearing a mask,” the governor said.

Earlier this week, Turner ordered Houston police to begin issuing citations and $US250 fines to those who don’t wear masks in public. The mayor said in order to maximise the public health benefits of mask-wearing, at least 90% of people need to abide by the order. He thinks the threat of a fine will encourage residents to comply.

“You really just can’t just tell people to wear masks and engage in social distancing and exercise proper hygiene and hope that people will comply at 90% or more,” he said.

From May 1 to August 6, Texas’ total case count went from around 29,000 to nearly 480,400, according to the Texas Department of State Health Services. It’s now the third worst-hit state in the US.

When the pendulum started to swing, “it moved very fast and very far all at once,” Houston Health Authority Dr. David Persse told Business Insider.

Houston is starting to see the beginnings of progress, but is still “chasing the virus,” which is disproportionately impacting Latino and Black residents, Turner said.

The city’s weekly average positive test rate has dropped from 23% on July 24 to 17% on July 31. The World Health Organisation says COVID-19 positivity rates above 5% reflect an uncontrolled outbreak.

August will be a “critical” month to contain the virus, Turner said, as schools are set to reopen for in-person learning on September 8 and flu season is slated to begin in the fall.

The governor has empowered local school boards – not governments – to decide when it’s safe to reopen their schools.