UBS: Nearly $1 trillion in mortgage debt could be delinquent this year as a 'prolonged credit crunch' looms 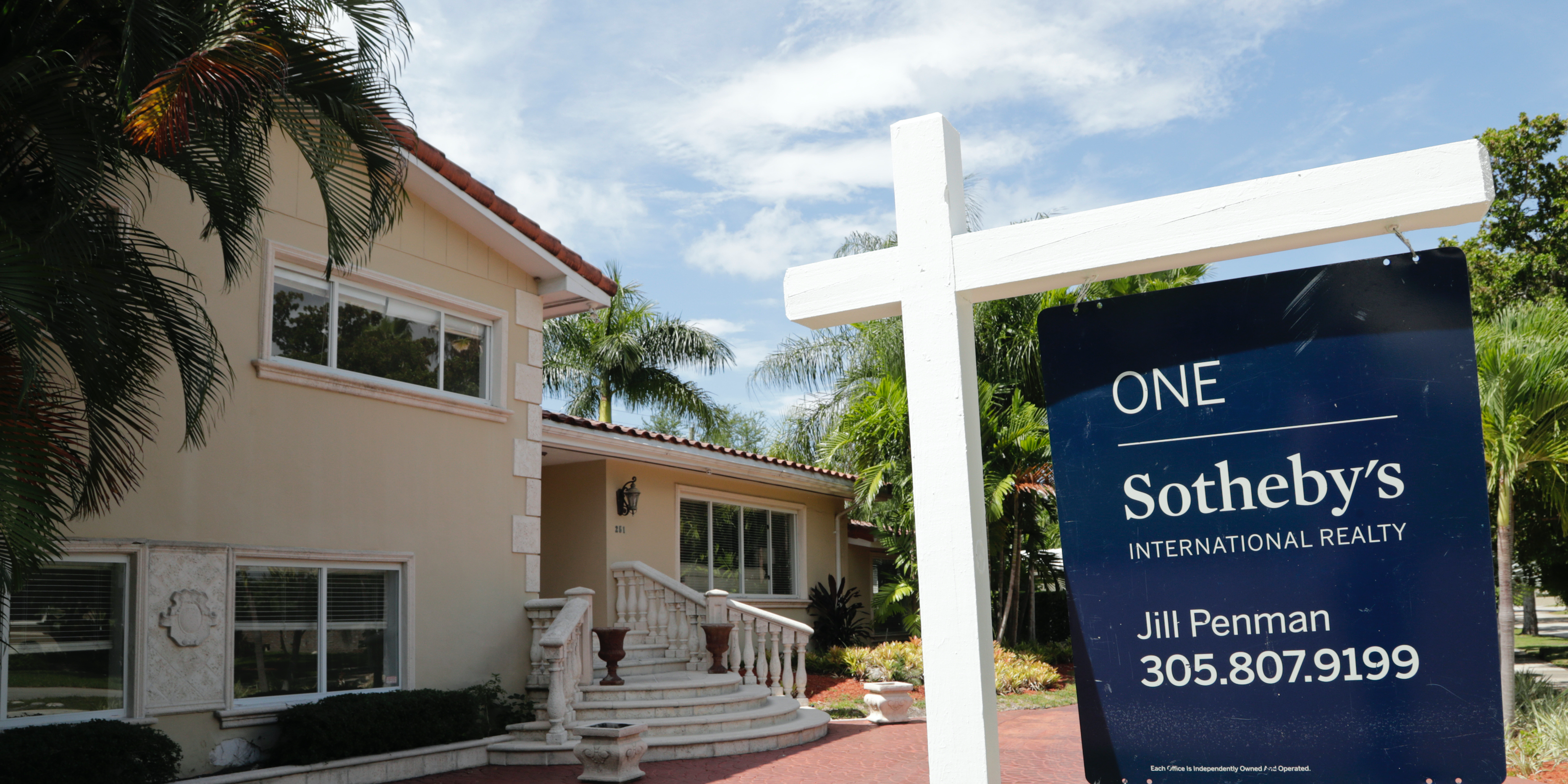 The soaring US unemployment rate is placing $US950 billion in mortgage debt at risk of delinquency, UBS highlighted in a Monday note.

The nationwide coronavirus shutdown is placing a significant burden on consumer debt. UBS’s credit health indicator posted to its worst reading since late 2009 in the first quarter, driven higher by spiking unemployment and weakening consumer sentiment. Slowing car and home sales will further drag on the metric in the coming weeks, UBS said.

The firm’s biggest questions now focus on how bad the debt market fallout might be. A survey of 2,000 households showed early signs of stress brewing for consumer credit, with 14% of homes saying they will likely miss a payment. Credit card debt was listed as most likely to default, followed by mortgage and auto loans.

To estimate how much debt could become delinquent, the team of strategists led by Matthew Mish compared unemployment rate changes to 90-day delinquency rates from 1999 onward. The late-March spikes in jobless claims stand to push the unemployment rate to 12.6% by the end of the year, UBS said, and bring the delinquency rate for mortgage loans to 10%, or roughly $US950 billion in debt.

Up to $US110 billion in credit card debt and $US60 billion worth of auto debt would reach delinquency in such a scenario, UBS added. 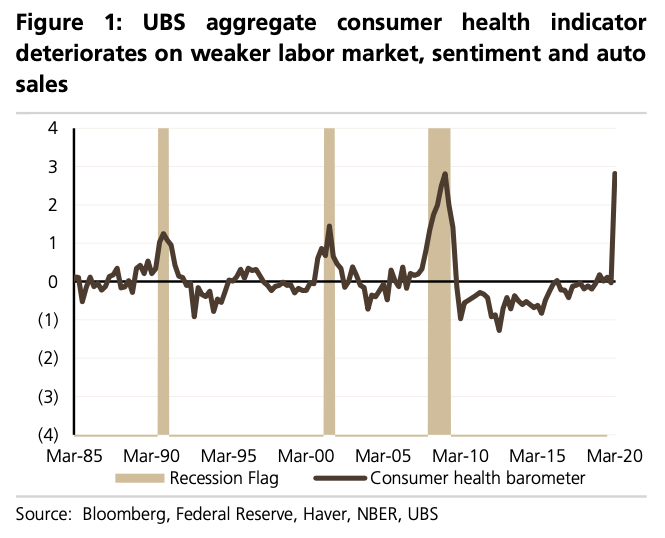 Private-sector lenders will face smaller losses due to government collateral, but defaults and lender stresses “risk a prolonged credit crunch” as the coronavirus’s economic toll escalates, the team wrote. The systemic risks posed by the pandemic aren’t as drastic as those seen during the global financial crisis. Yet UBS fears overdependence on low-quality lenders and high potential losses can create lasting barriers in the lending market when cash is needed most.

If a drastic credit market collapse is to be avoided, the government needs to issue additional aid to businesses, lenders, and consumers, the team wrote. A debt crunch stands to exacerbate the already dire economic situation, and issuing targeted stimulus can give the US better chances for a surging recovery.

“Policymakers likely have more work to do to unclog and resuscitate these credit channels to properly facilitate credit intermediation. The alternative is a more prolonged and slower recovery,” UBS said.


Read more:
‘I was a single mother with 2 small kids’: How Ashley Hamilton flipped a $US20,000 waitressing salary into real-estate-investing success and a 10-unit portfolio