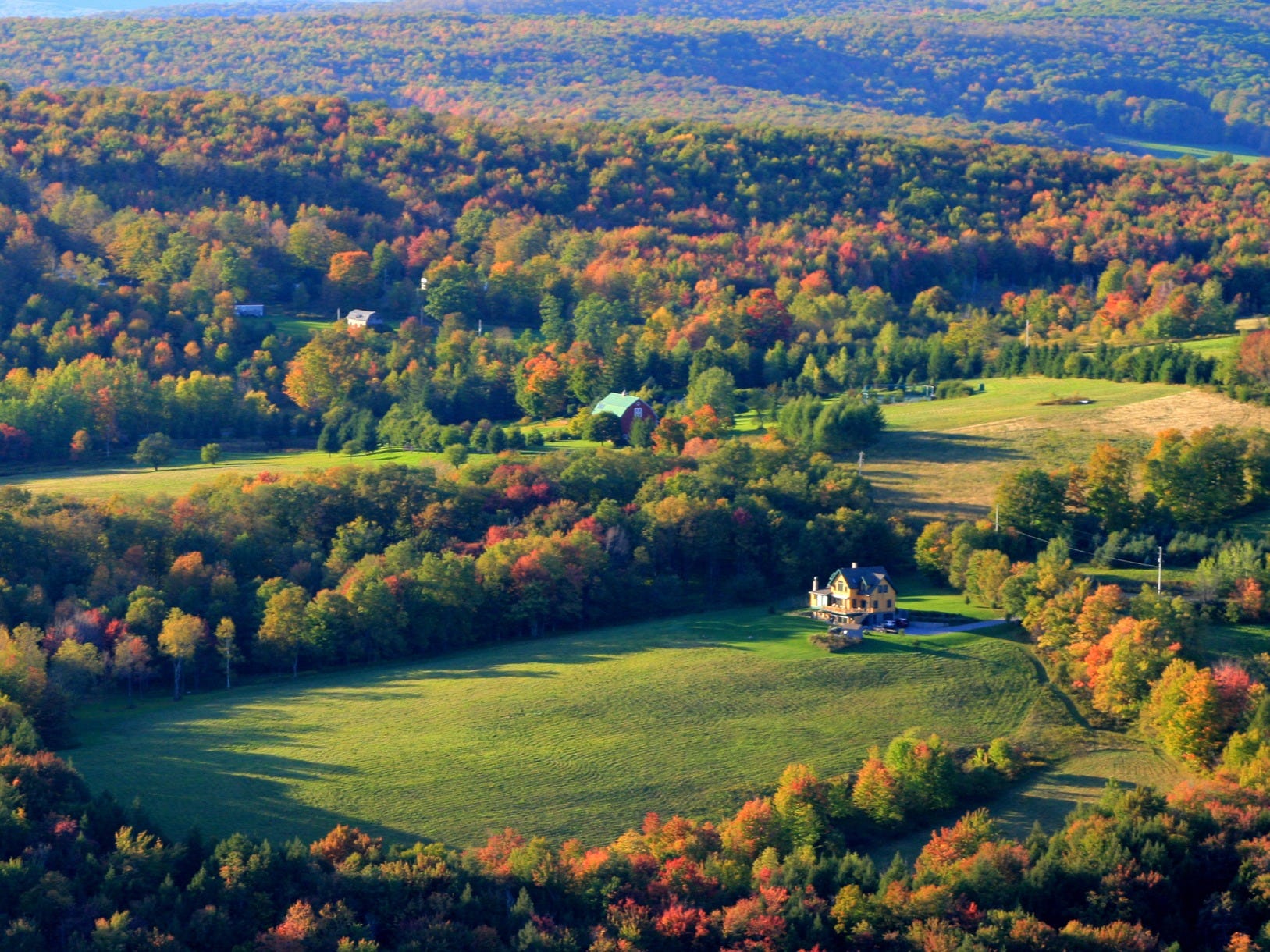 Getty Images/lightphotoA house on farmland in the Catskills in upstate New York.

Suburban houses in Connecticut and upstate New York that have lingered on the market for months or even years are being snatched up during the coronavirus pandemic, Michelle Sinclair Colman reported for the New York Post.

Real-estate agents say demand has skyrocketed since March in towns like Darien and Salisbury in Connecticut, and the Hudson Valley and the Catskills in upstate New York.

“Folks are buying sight unseen,” Jeff Serouya, a Berkshire Hathaway agent in the Hudson Valley, told the Post. “And at a time when we’re not able to meet with clients, with guidelines imposed on us to get properties shown without putting anyone in danger.”

Many of these buyers are coming from New York City – and they aren’t being picky, agents said. 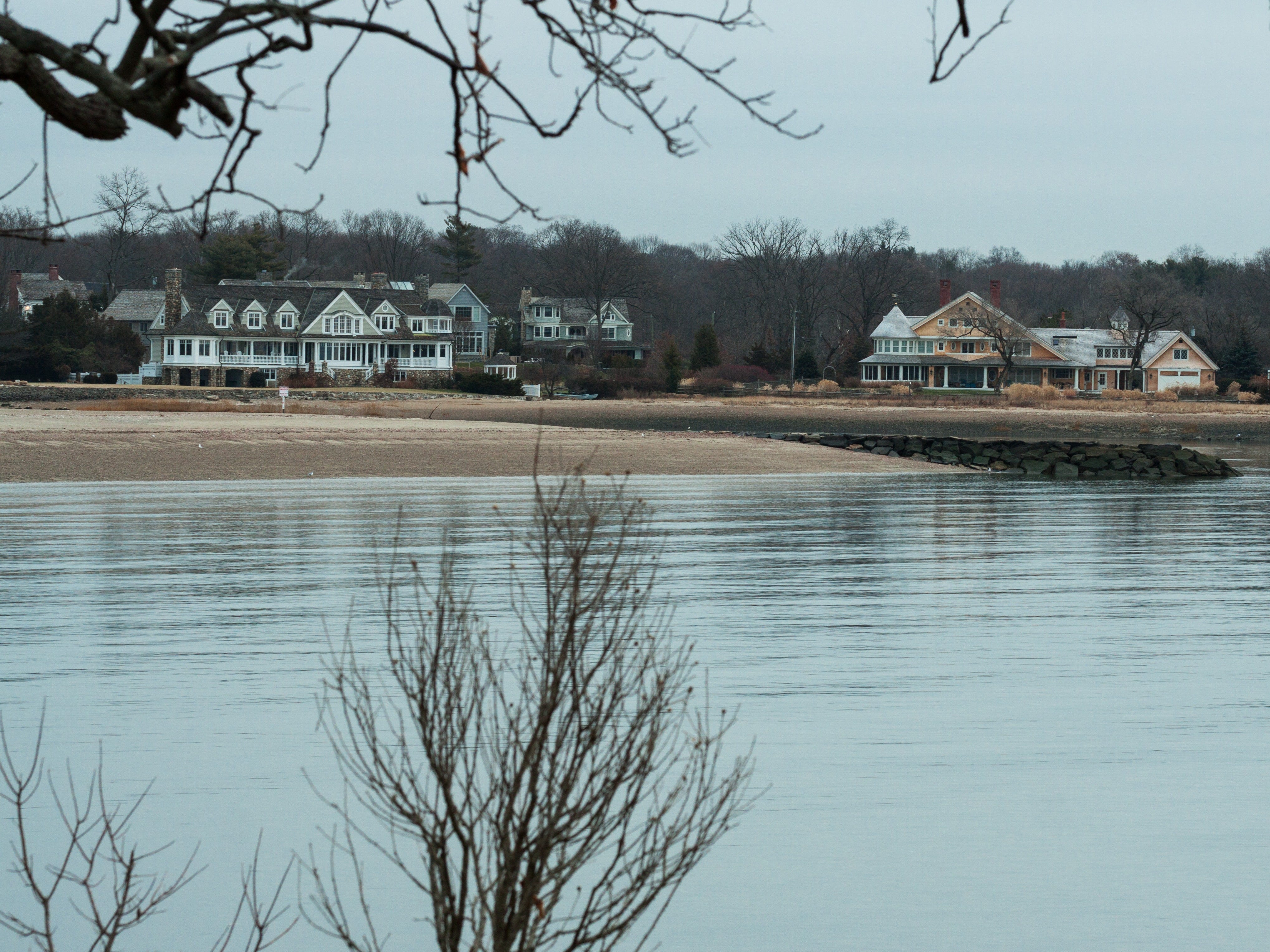 Shutterstock/ barbsimagesHomes by the water in Darien, Connecticut.

“Before the pandemic, everyone would say, ‘Hey, if I’m buying a million-dollar house, I want a new kitchen and renovated bathrooms,” Bill Melnick from Elyse Harney Real Estate told the Post. “But now if the toilet flushes and they can move in quickly, they’re here!”

A New York Times report said about 420,000 New Yorkers – largely from wealthy neighbourhoods like the Upper East Side and the West Village – left the city between March 1 and May 1. Mail-forwarding requests showed that many of them went out to their second homes or rentals in the Hamptons, the go-to vacation destination for affluent New Yorkers. Many others went to upstate New York and Connecticut.

One moving company saw a 75% surge in relocations from NYC to Connecticut between March 15 and April 28, according to the Post.Connecticut’s governor said in May that “phones are ringing off the hook at real-estate agent offices.”

In Darien, a $US750,000 home that had been sitting on the market for 1,083 days sold to a young couple in March. And in the Catskills, a three-bedroom cabin that had barely gotten any interest for a year was snapped up for $US1.2 million as soon as the pandemic hit, agents told the Post.

The coronavirus pandemic is transforming the US real-estate market

The pandemic has already upended the real-estate market across the US.

On average, homes have been sitting on the market for longer than usual, and new listings have dropped, but prices are still on a slightly upward trend, Business Insider’s Libertina Brandt recently reported.

In the already expensive Hamptons, rental prices in have skyrocketed, pricing out even moderately wealthy people. In San Francisco, on the other hand, rents have plummeted as Silicon Valley companies have shuttered their offices and introduced work-from-home policies and thousands have lost their jobs.

The pandemic is likely to accelerate an exodus from major cities like San Francisco and New York as people head to suburbs and less-dense cities with lower costs of living and more space.

And that’s not to mention the crisis facing commercial real estate, as experts expect that traditional offices will never be the same.